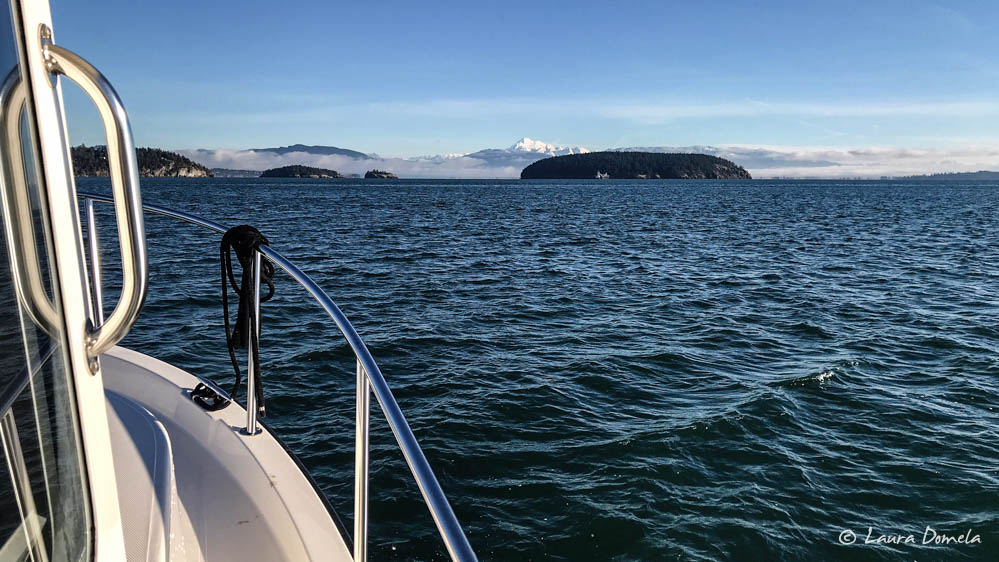 Winter in the San Juan Islands is our favorite time for cruising up here, and this is why: 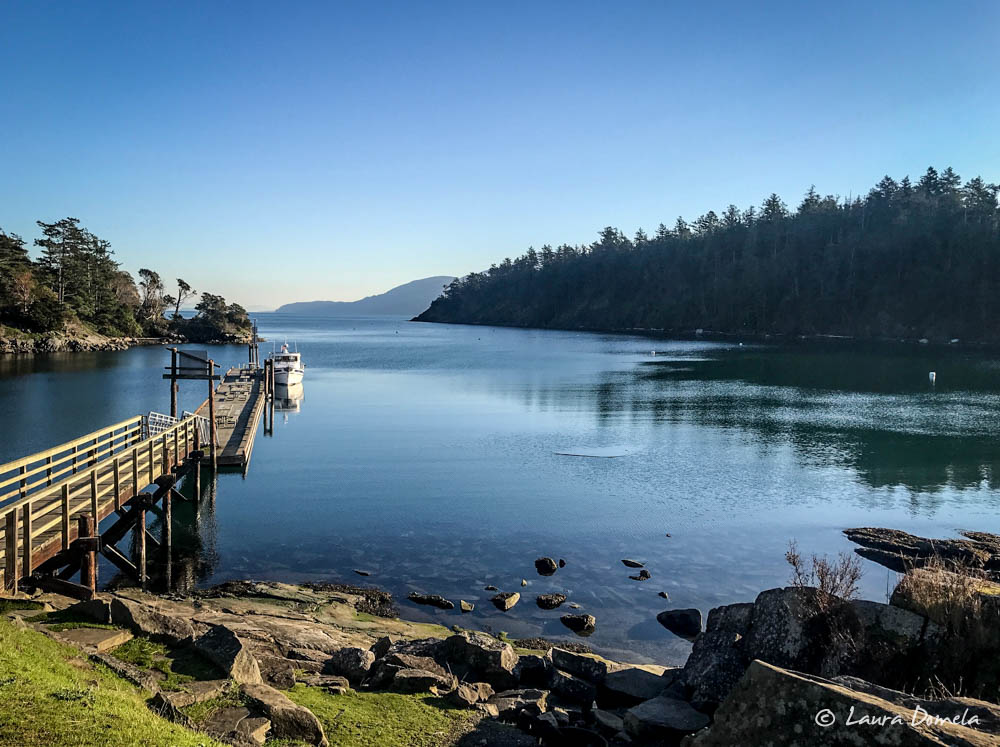 This is Fossil Bay on Sucia Island, and there’s no one else here. No one on the dock. No one on the mooring balls. In the summer, this place is absolutely packed (so we hear–we’ve managed to be in Alaska every summer since we bought Airship).

Today, the sun is shining, the sky is clear, and the winds and water were calm for our cruise over from Anacortes this morning. There’s one sailboat moored over in Snoring Bay, but I think that’s it for other boats here today. Kevin and I got in a nice hike before the sun fell behind the trees. The temperature was in the low 50s when left Airship, but the it drops fast once the direct sunlight is lost.

This might the longest stretch that we’ve been off the water since we bought Airship back in September 2014. We were aboard for a week mid-October (after returning from Alaska/British Columbia at the end of September) but the weather was uncooperative and we never left the marina. The forecast for this entire week looks great, so we plan to take advantage of it and get in some quality on-the-water time! Not too bad for December!