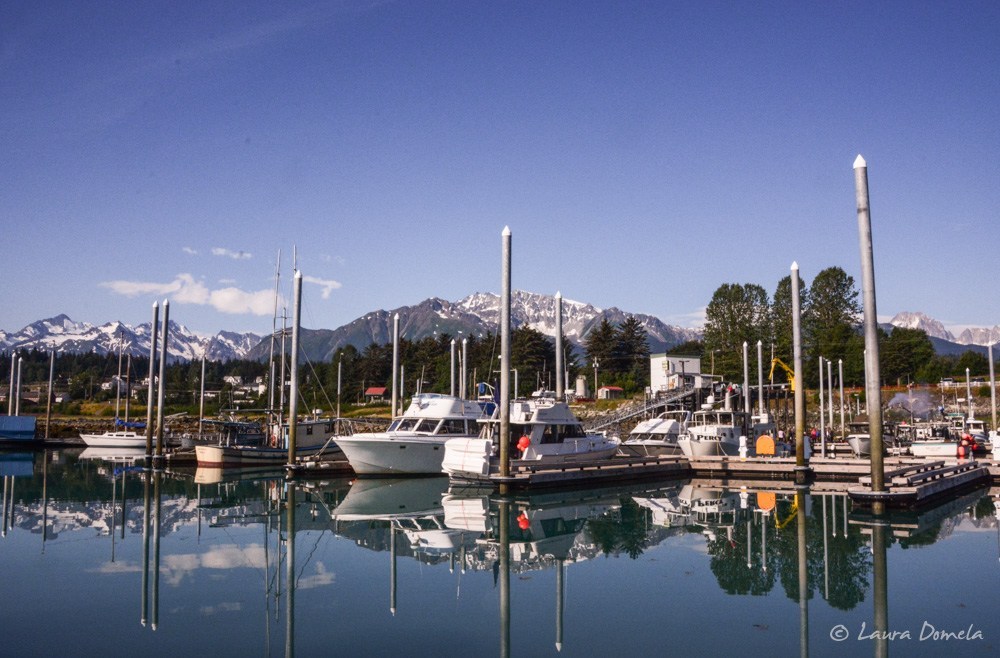 We left Bridget Cove yesterday morning around 7am. Here’s the Eldred Rock Lighthouse (a good place for current weather observations on Lynn Canal): 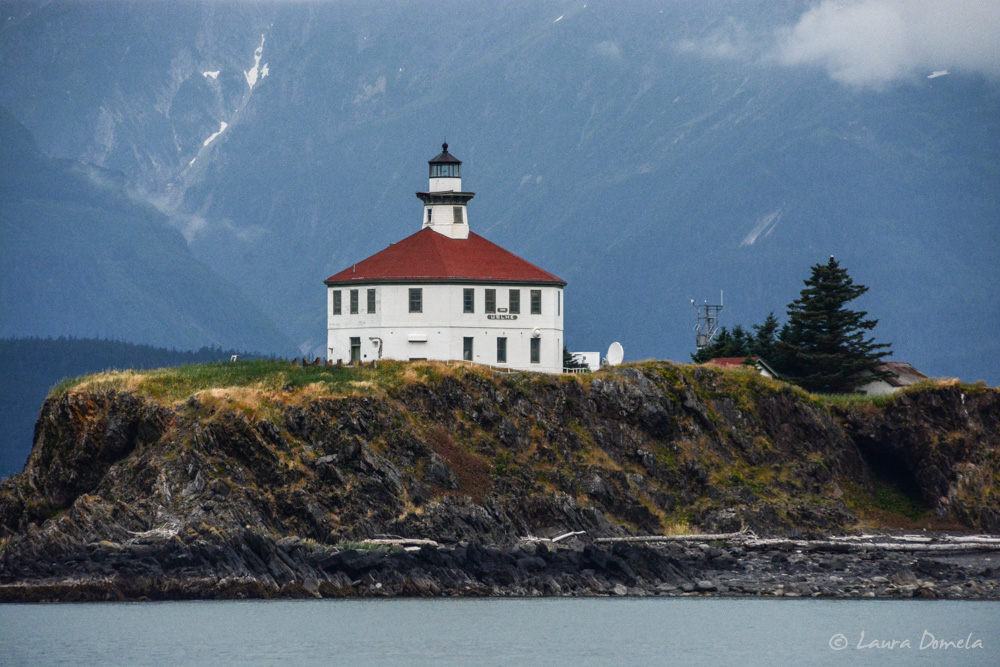 The blue dot on this map of Lynn Canal is us in Bridget Cove: 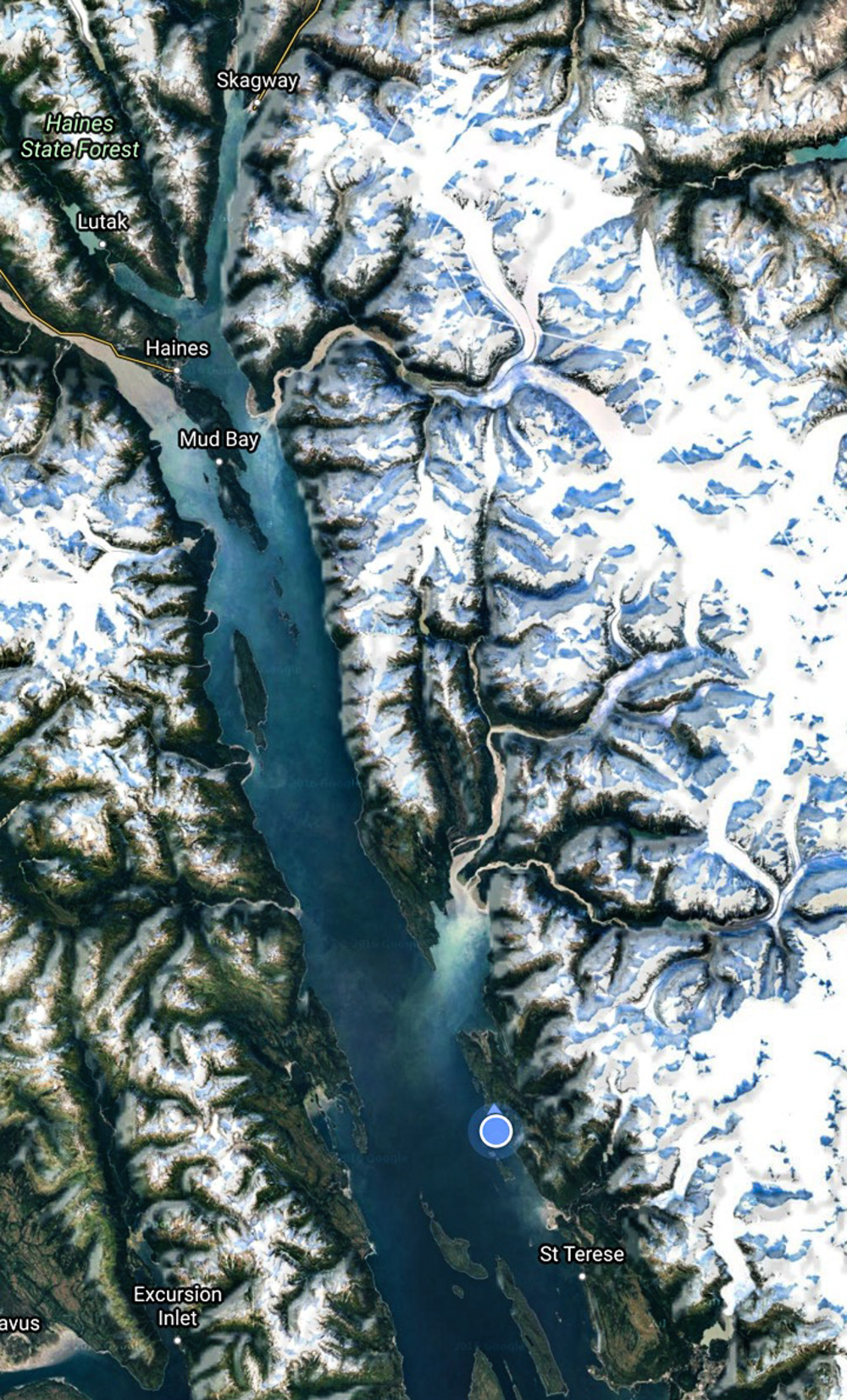 Haines is about 39 nautical miles from Bridget Cove so we’d arrive in Haines around 12:30pm…just in time to meet Sam and his friend (also named Sam) for some exploring! The weather could not have been better. Lynn Canal was completely calm and a little cloudy, but the further north we went, the more blue sky we got. 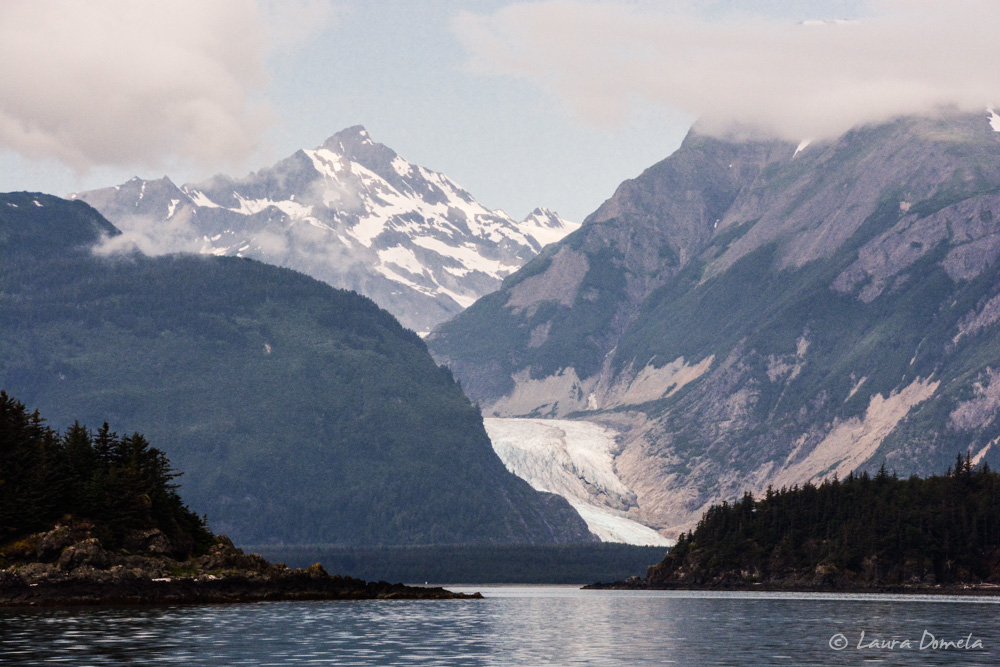 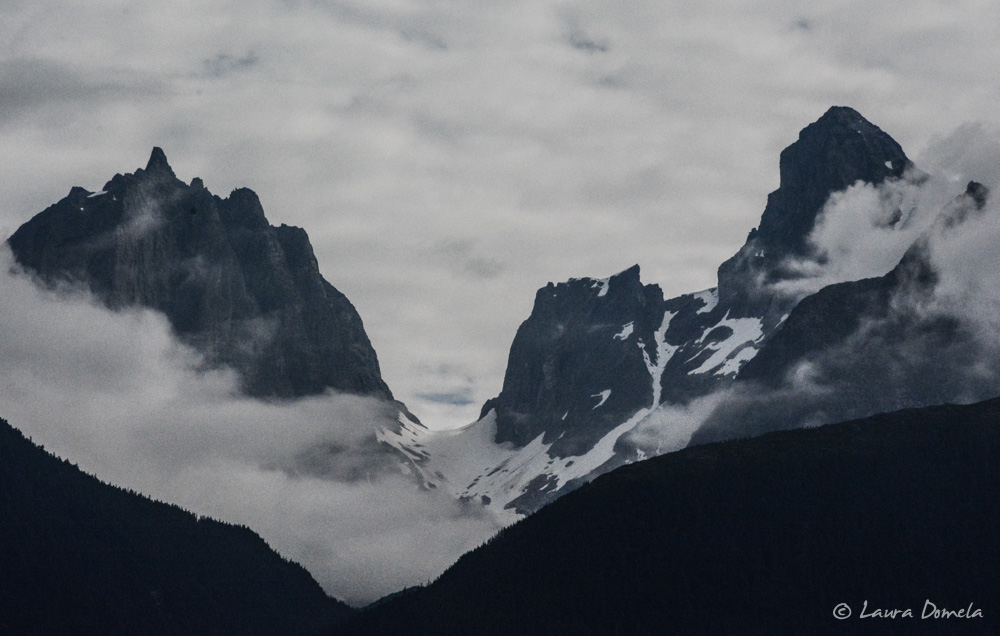 Just before we got to Haines, we noticed a weird thing on the horizon…the water up ahead was apparently VERY calm and reflecting the landscape above it. From where we were though, it looked a bit like a giant hole in the water, along the lines of Niagara Falls. Kinda cool! 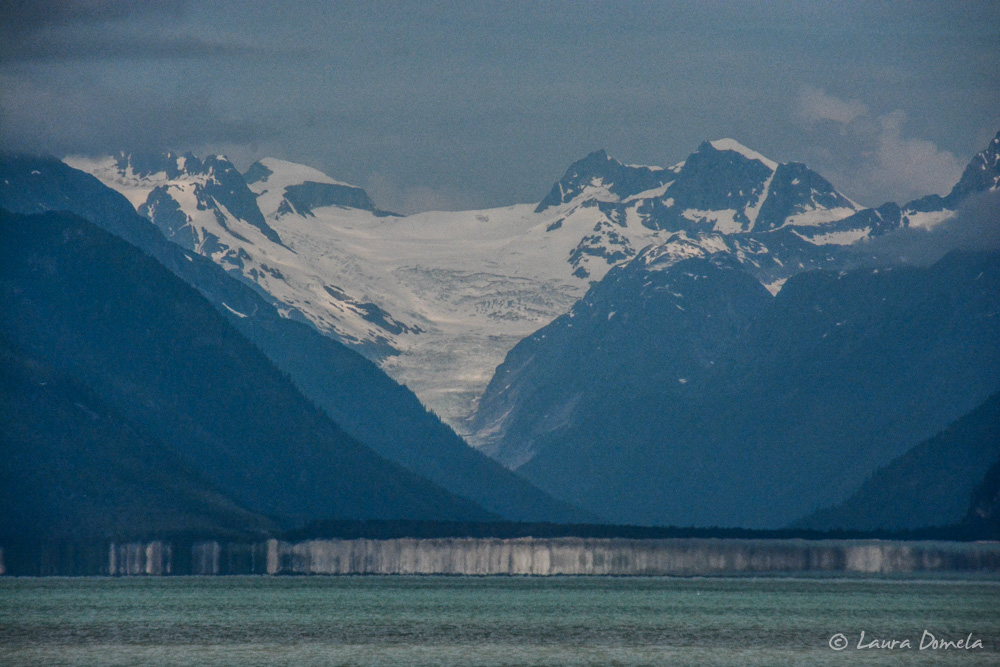 Approaching the harbor in Haines: 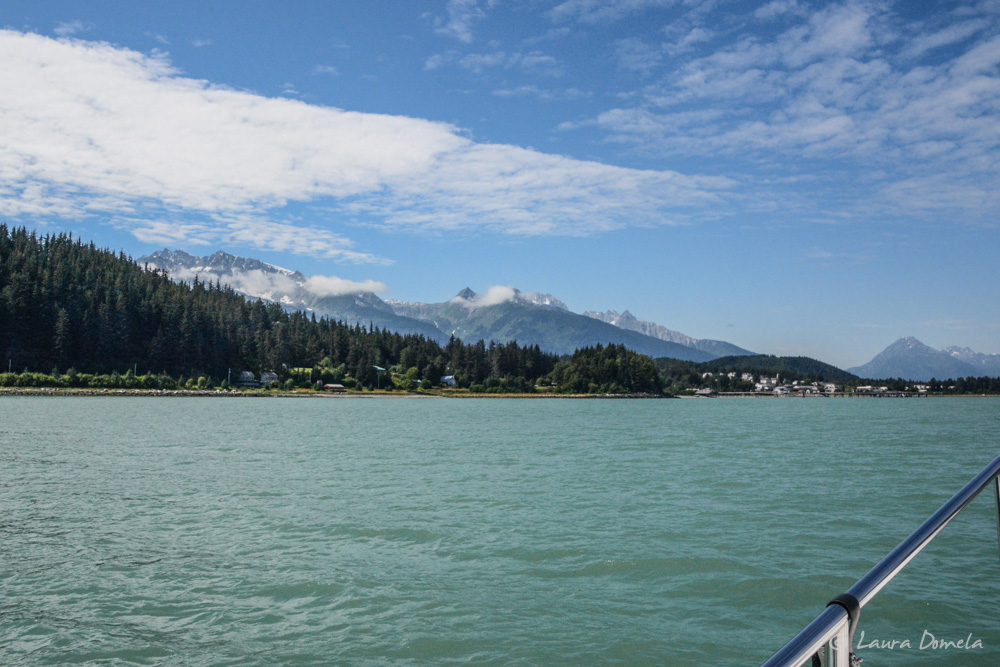 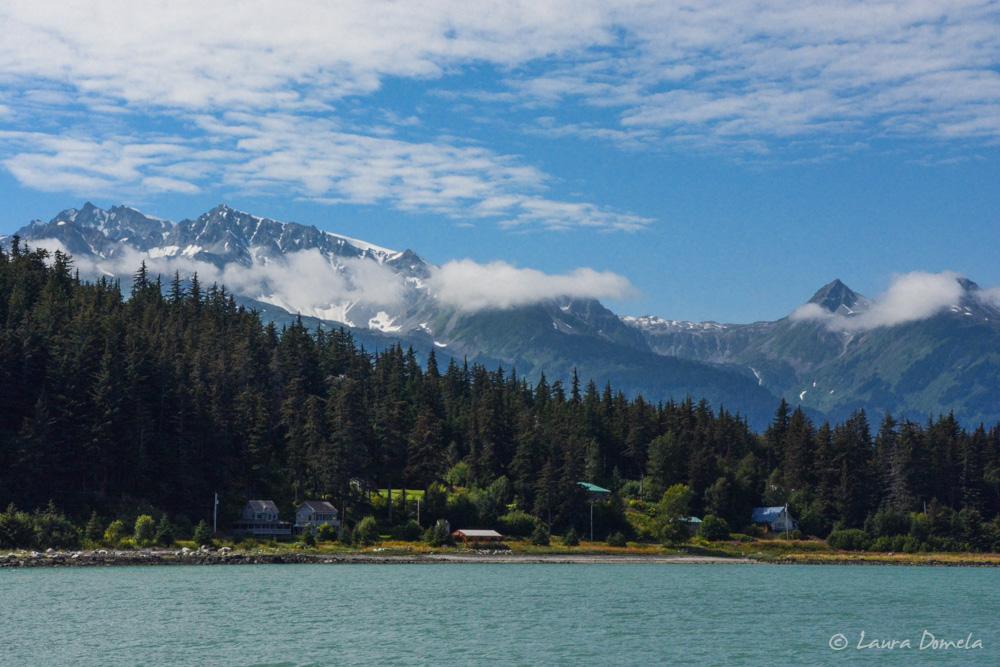 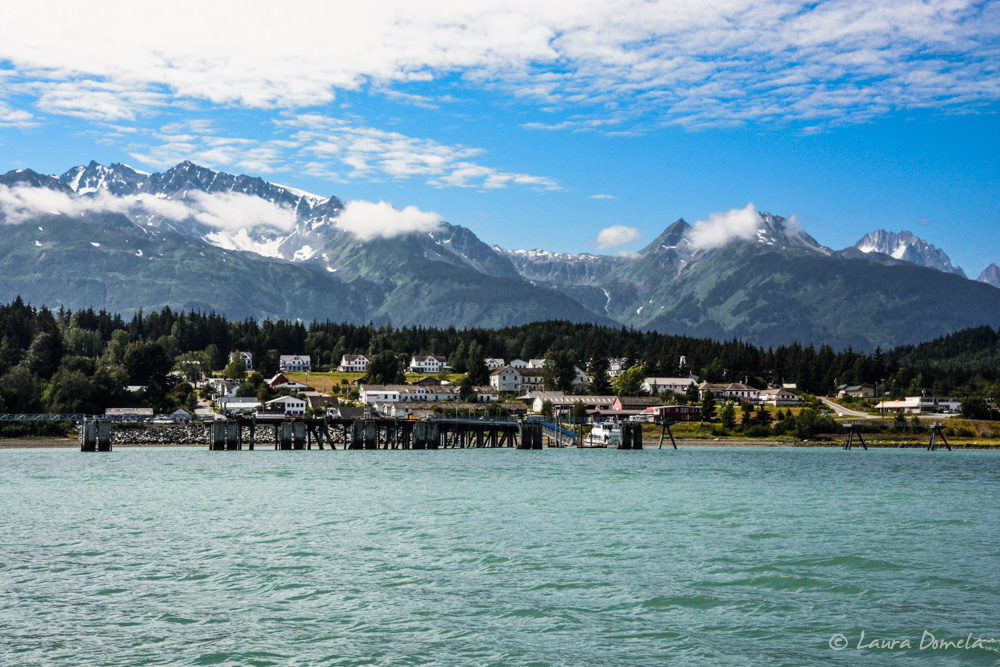 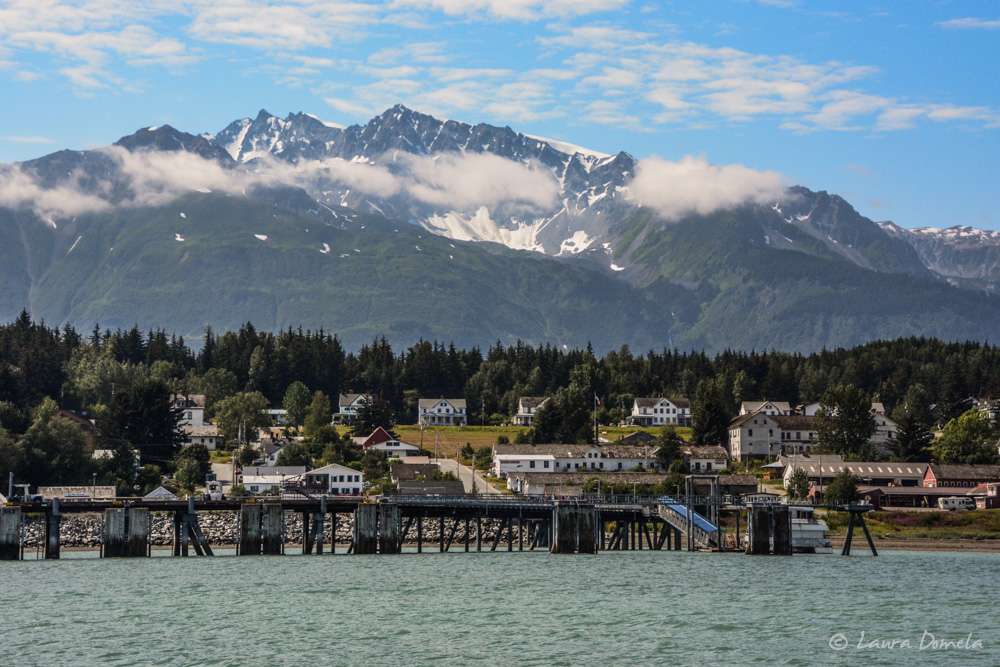 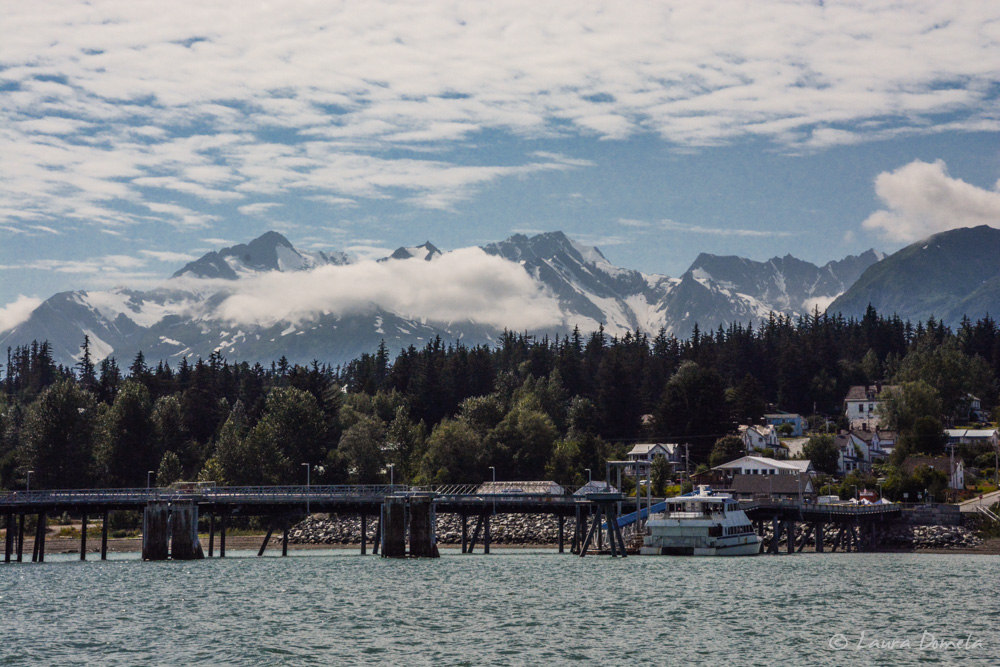 We got a slip right across from Sam and then we all headed into town. Not a bad view from the marina: 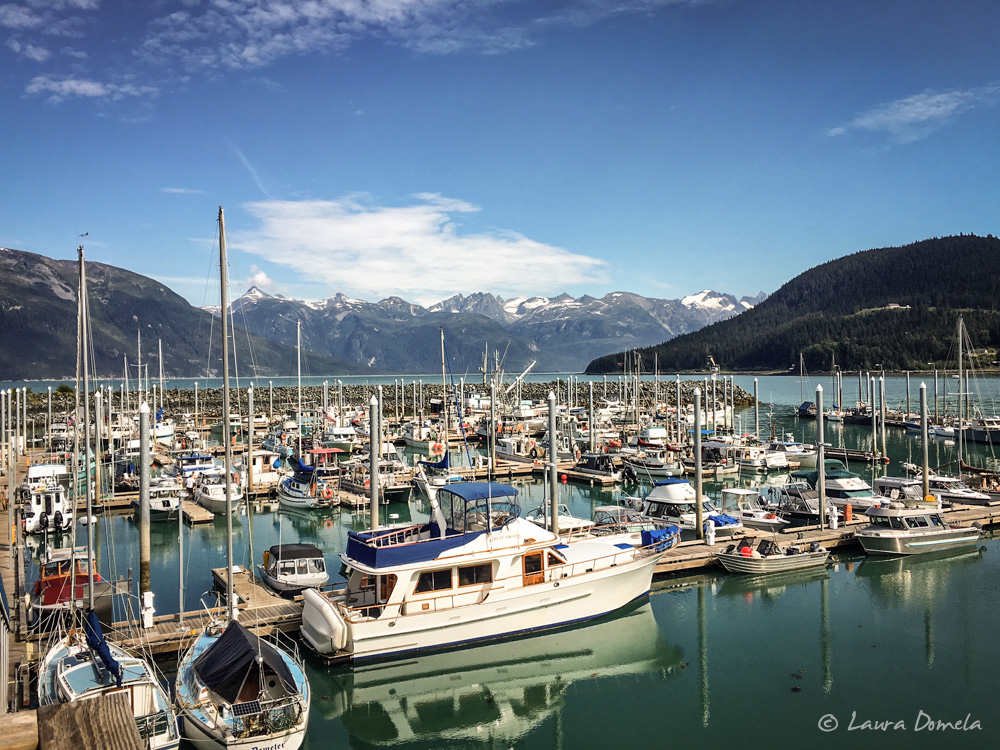 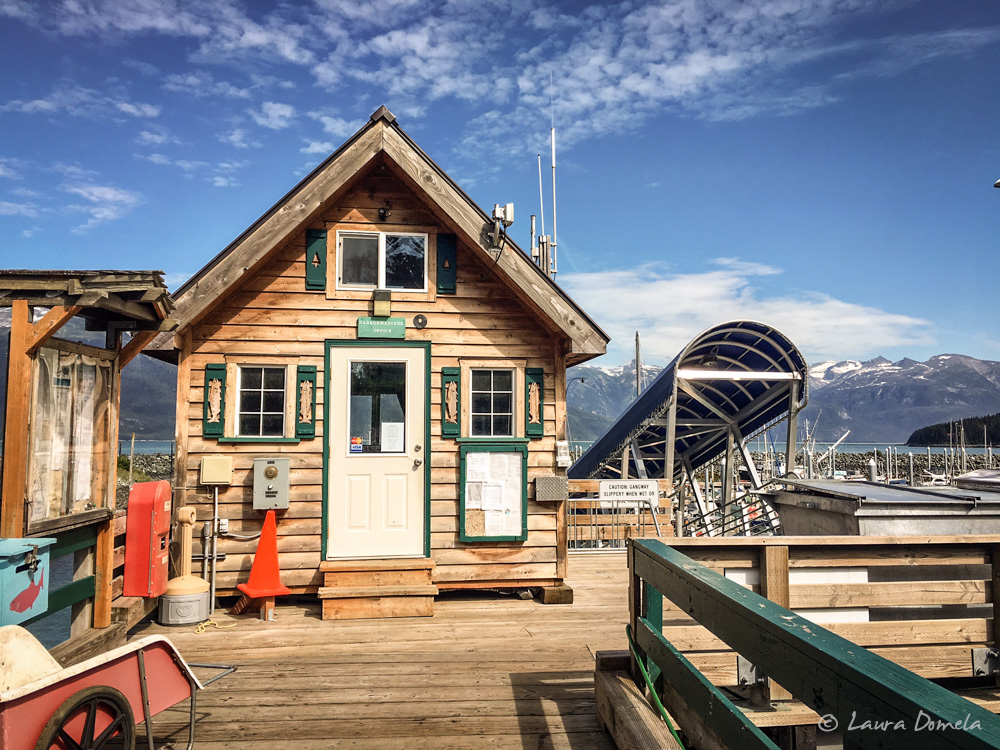 We couldn’t pass up going into North America’s only museum devoted to hammers: the Hammer Museum (where the soundtrack included gems like “Workin’ on a Goldmine” and MC Hammer’s “Hammer Time.”) Apparently they have two full CDs of hammer- or tool-themed music that they play in the museum. Cheesy, but fun! 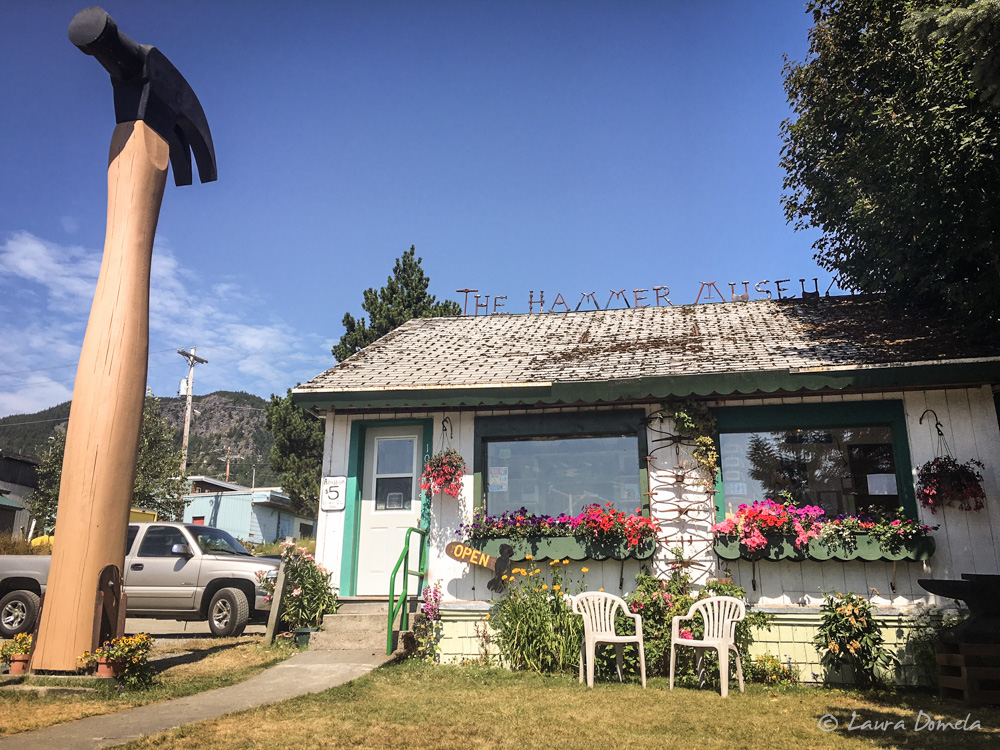 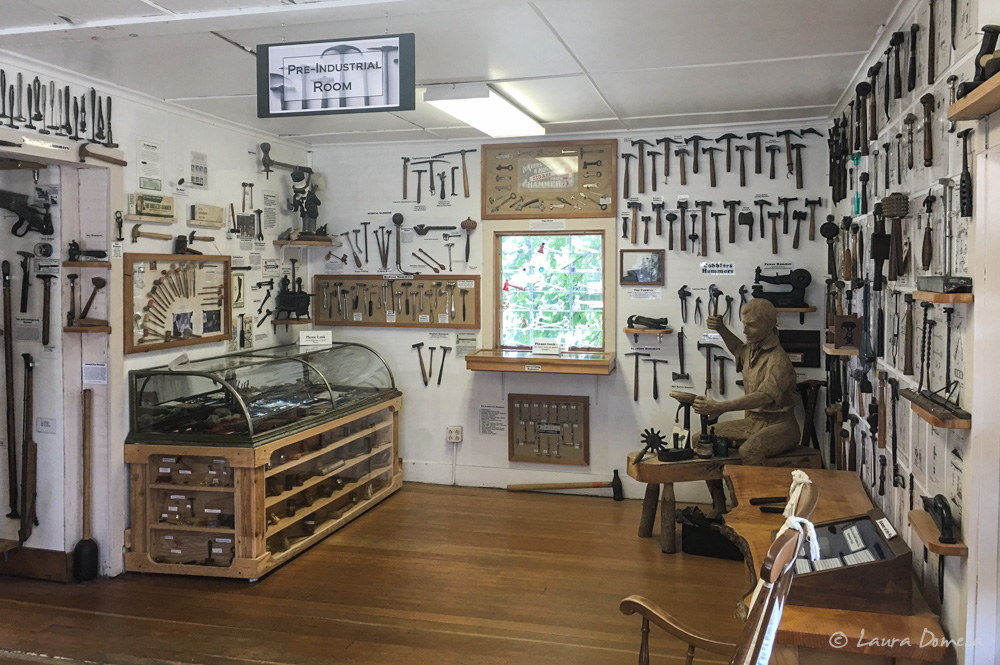 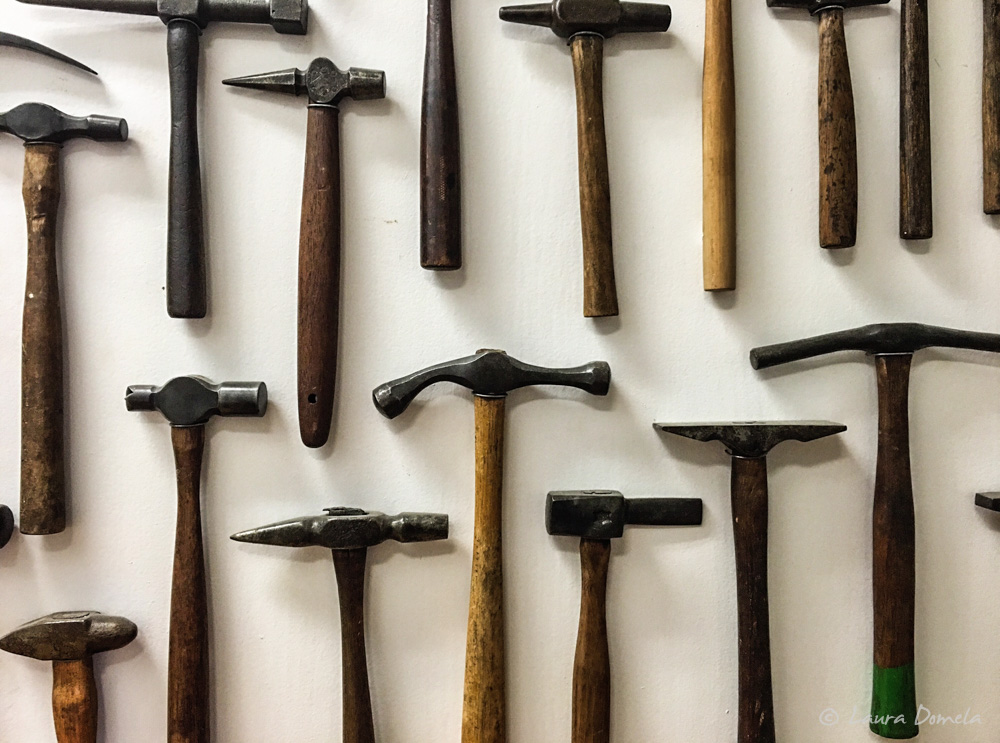 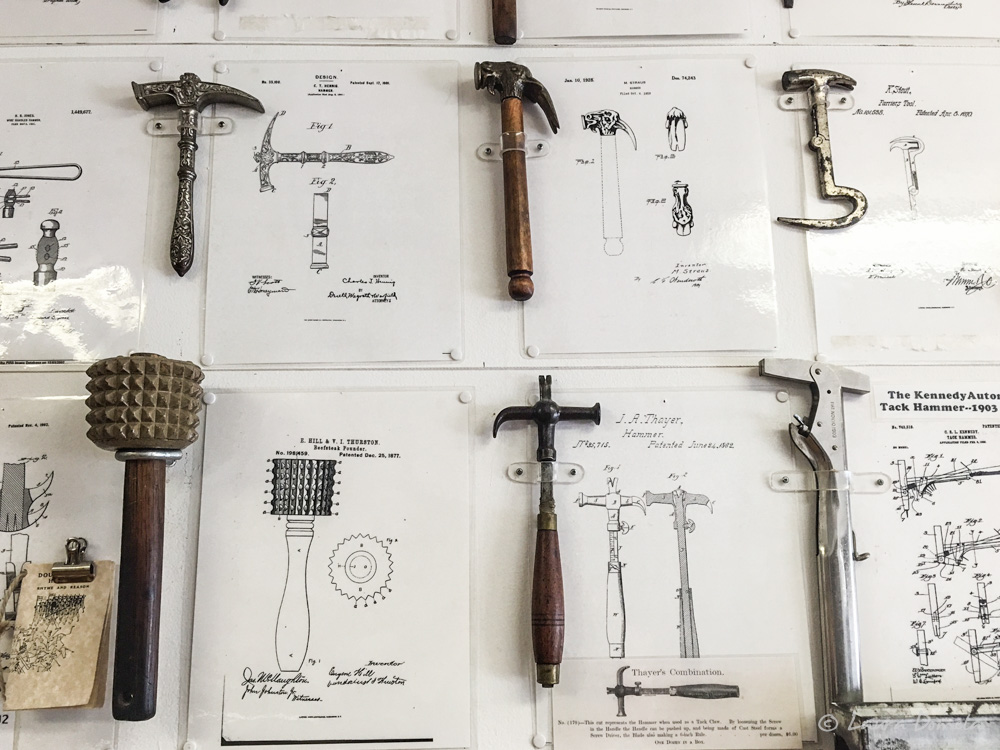 There were about 2,000 hammers on display from the entire collection of ~7,000 hammers. History of the Hammer Museum here, if you’re interested to know how something like this happens.

After the Hammer Museum, we stopped at Haines Brewing Company, where Paul (the owner and maker of beer) served us some of his delicious brews. We tried Captain Cook’s Spruce Tip Ale, Lookout Stout, and Black Fang (also a stout…super tasty!) We sat outside on the back patio with this view: 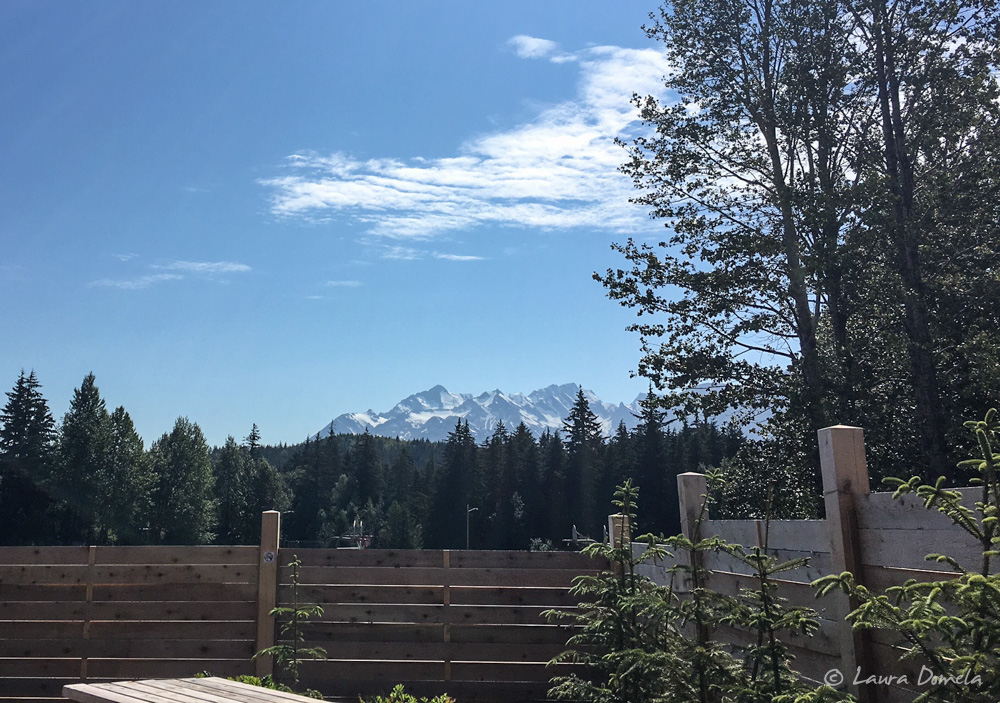 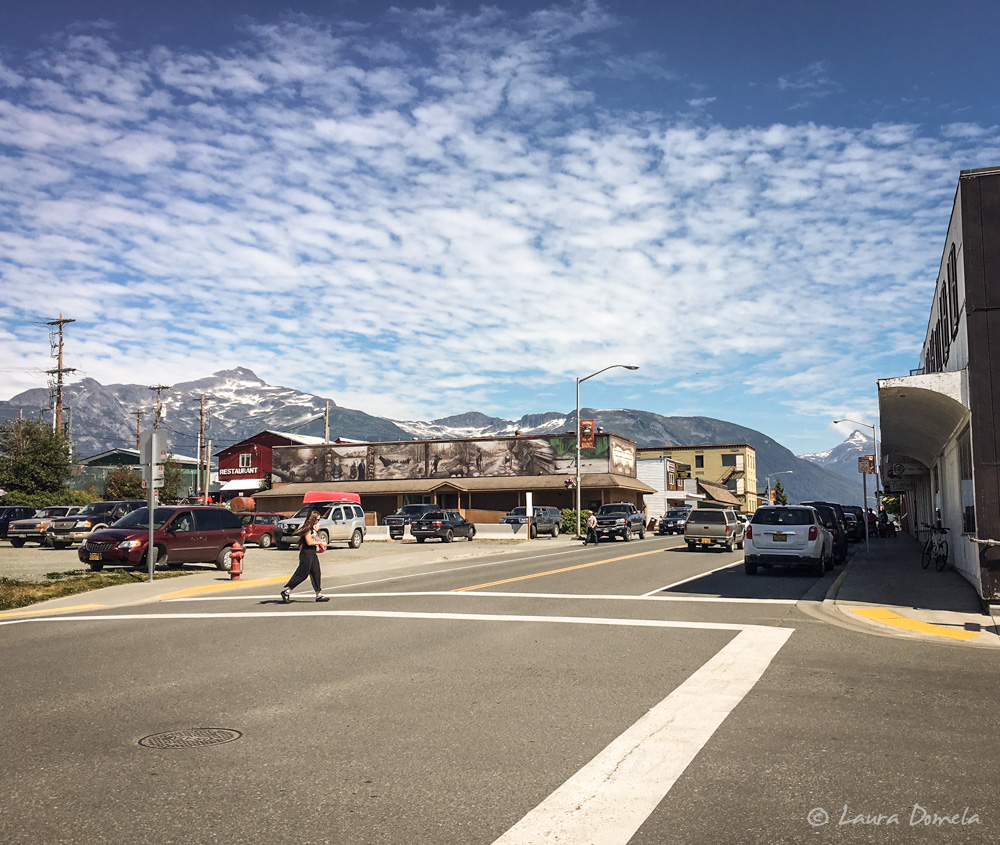 Continuing on around town, we detoured into the Port Chilkoot Distillery (because…great logo!) and tasted their spirits, hoping we liked something so we could buy a bottle and a tshirt. They make Icy Strait Vodka, 50 Fathoms Gin, Green Siren Absinthe,  12 Volts Moonshine, Boatwright Bourbon, and Wrack Line Rye. All were good, but we thought the gin and the absinthe were most like nothing else we had on the boat, so we got a small bottle of each of those, plus some local-made bitters by Moxie Bitters (orange, spiced pear, and spruce tip bitters). 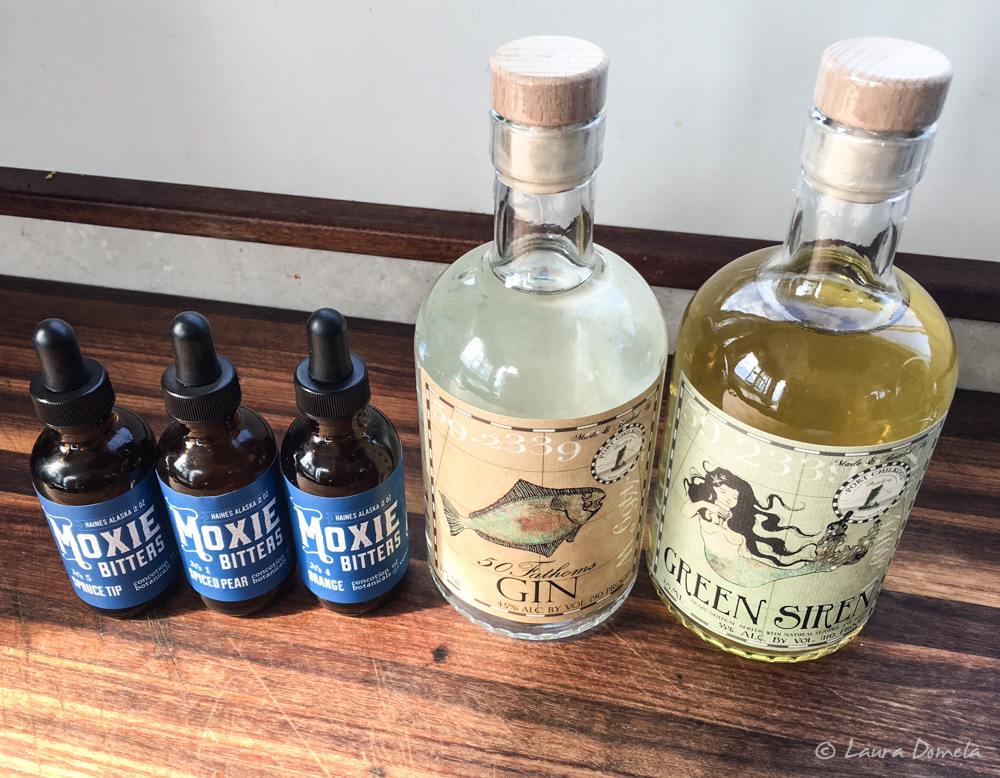 Back on the dock we sat on the top deck of Sam’s boat and had some snacks and enjoyed the incredible weather. For dinner, Sam made some potato croquettes in his waffle iron (Costco re-hydrated hash browns cooked in the waffle iron with parmesan cheese added…super creative and delicious!) and I made a bolognese sauce to go with some pasta. I used my regular recipe that normally takes 2-4 hours to cook after all the first steps, but instead of the 2-4 hours, I put it in the pressure cooker for 12 minutes and it came out really good!

View of the moon, 10pm, from the top deck of Safe Harbor: 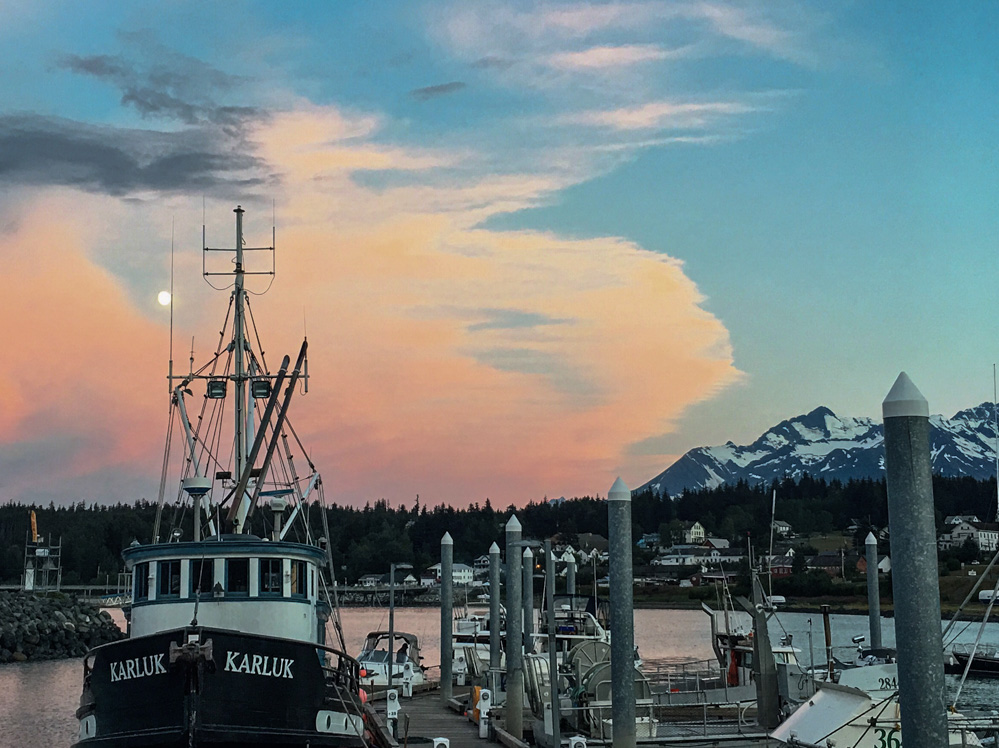 This morning in Haines, taken from Airship: 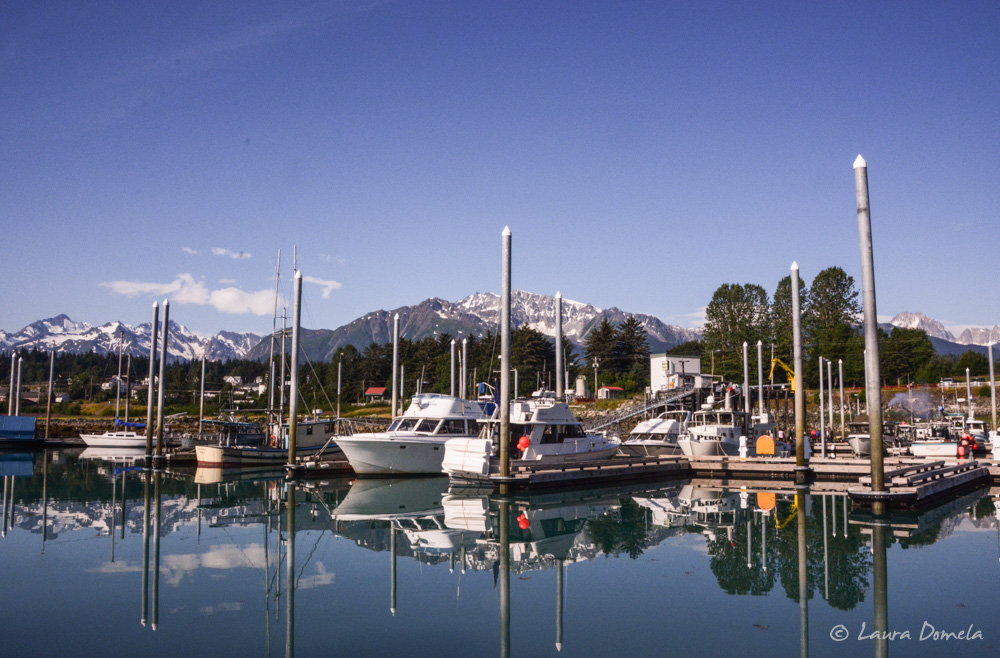 We all really loved Haines. I know, the weather helped, but it’s a cool town. Only the ferry and the occasional small cruise ship stop here, so it’s got a more authentic Alaska feel to it than the towns with all the shops geared for cruiseshippers. We’ll definitely be back!

Next stop: Skagway (because we’ve come all this way…why not go as far north as we can?)