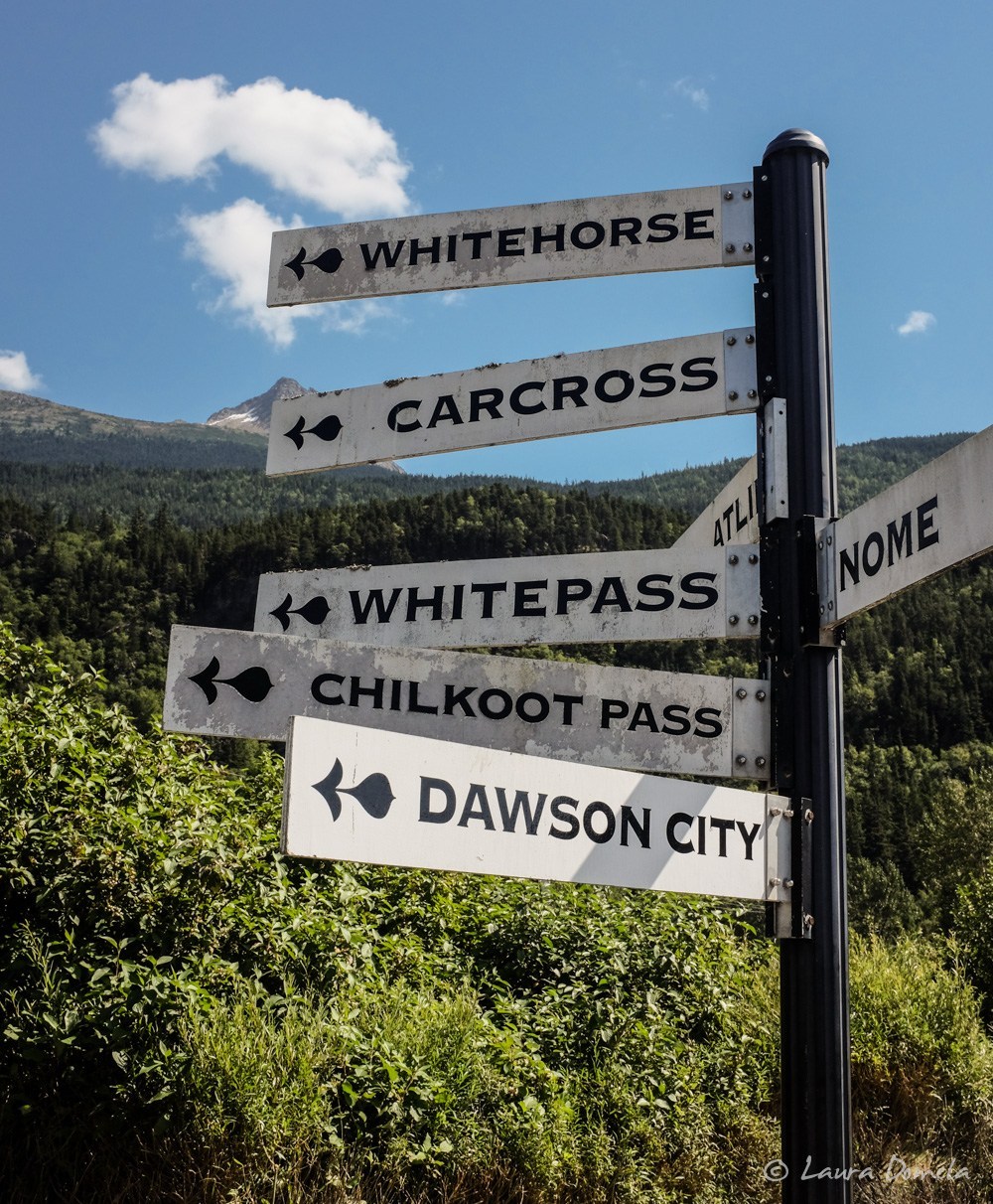 Another gorgeous day in Lynn Canal and up the Taiya Inlet to Skagway! Here’s our new view, at the Small Boat Harbor:

Skagway, Alaska is pretty much the furthest north in the Inside Passage that we can travel by boat. I’m so glad the weather was great and we got to come all the way up here. It’s beautiful! Blue dot on map is us: 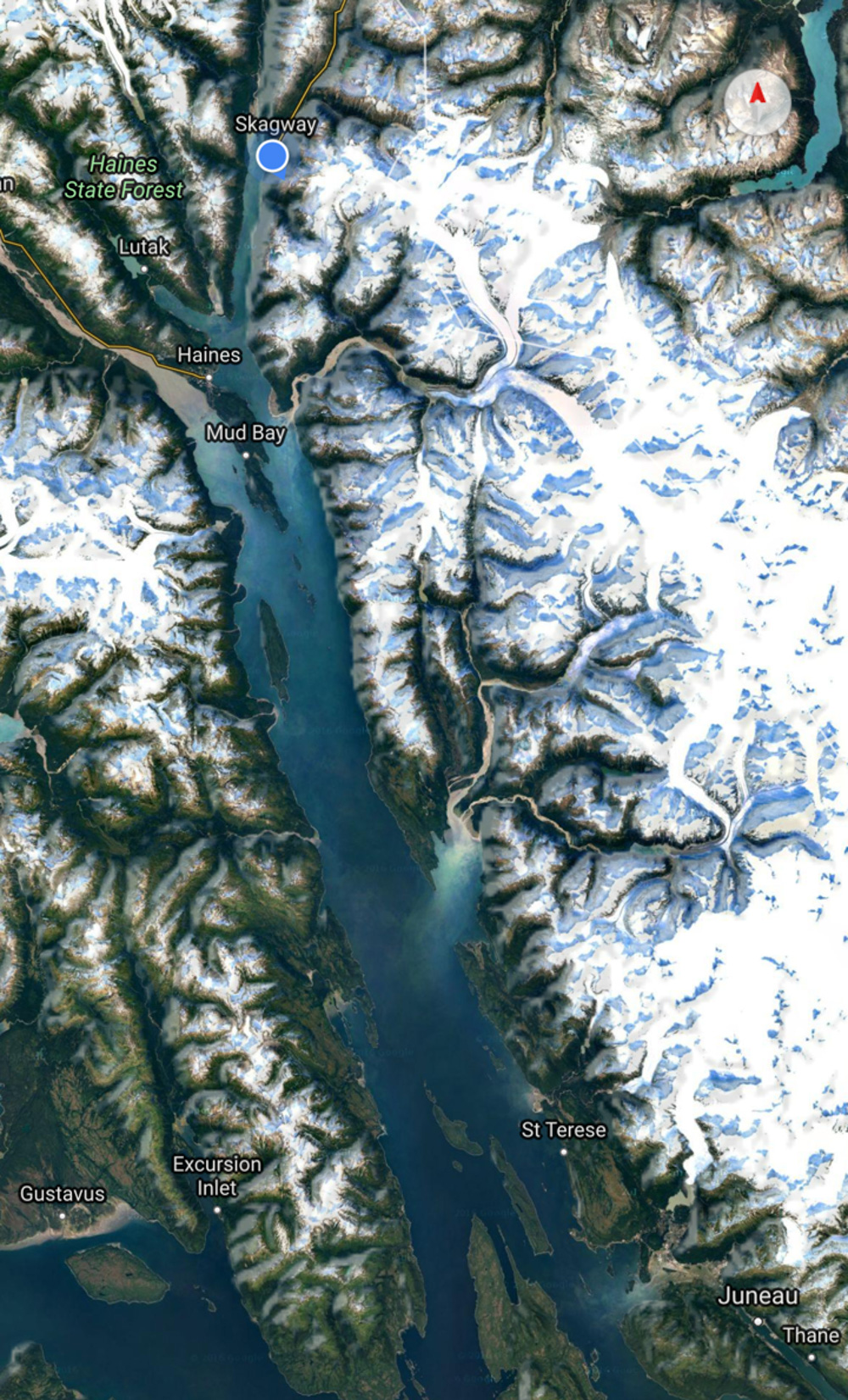 There’s only one cruise ship here today, so the town is pretty quiet. 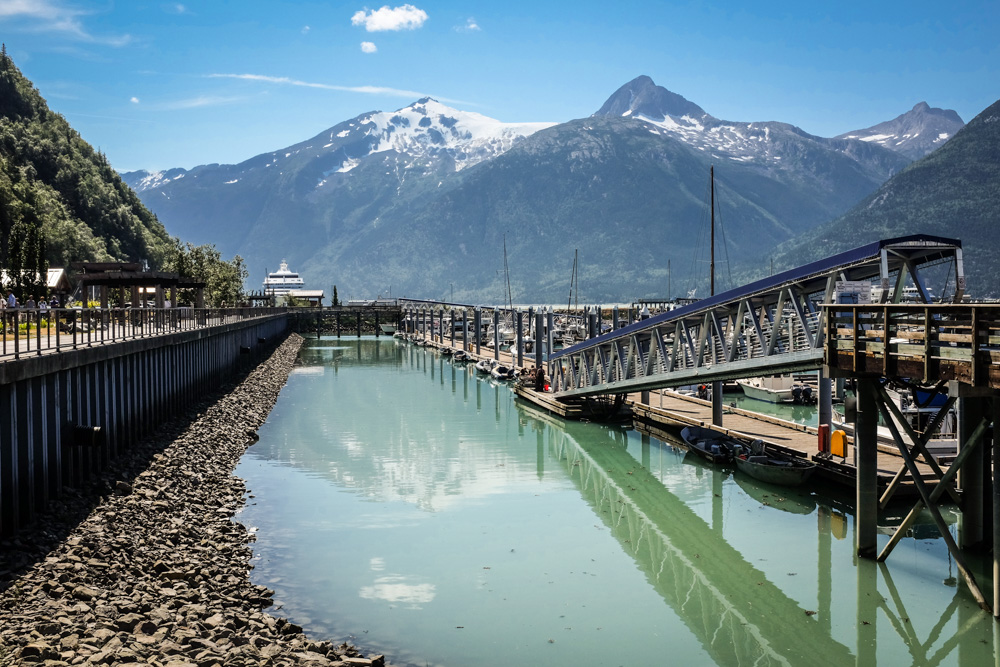 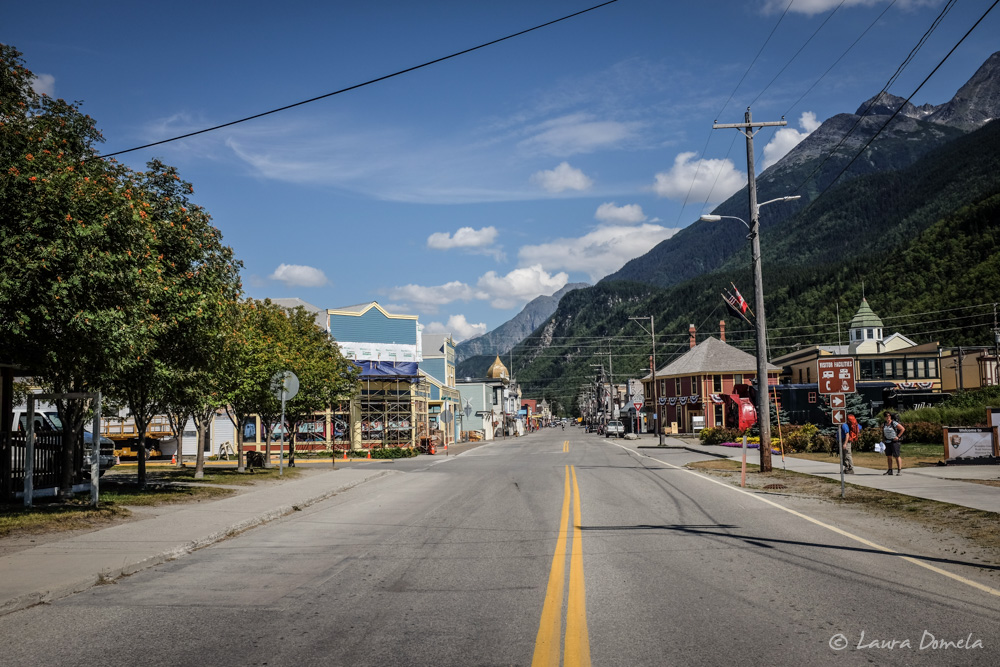 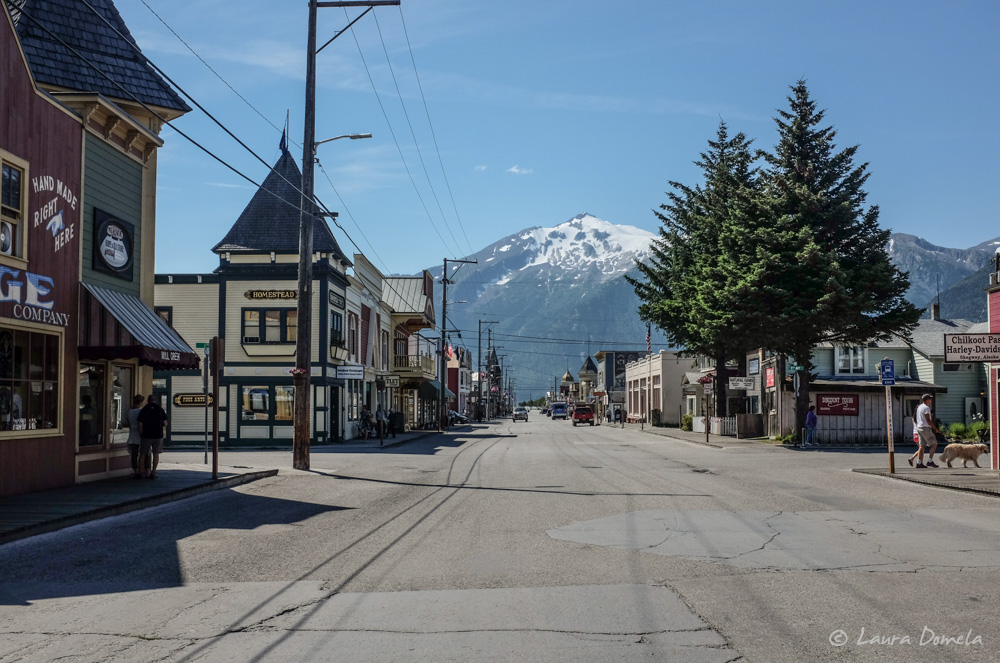 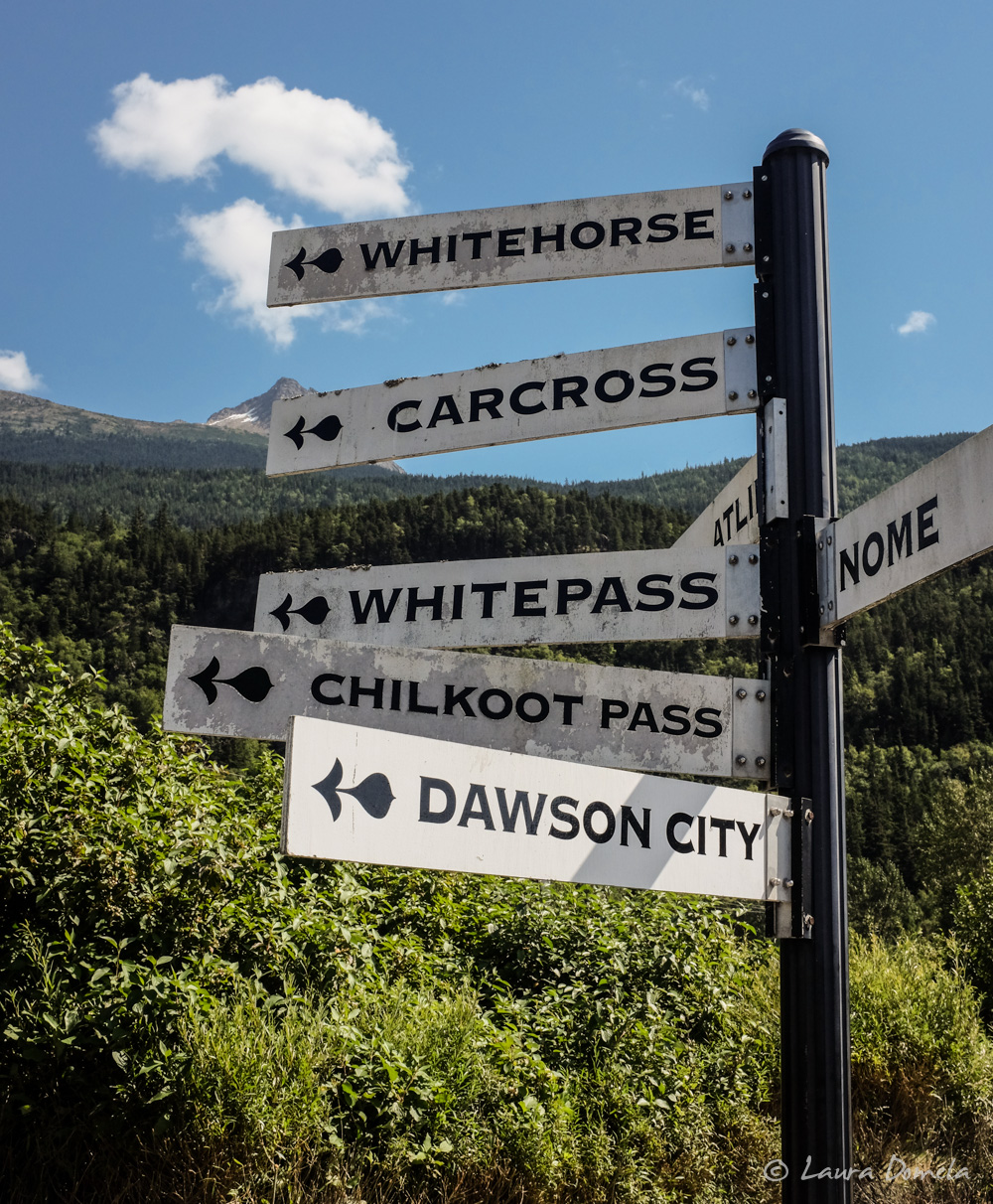 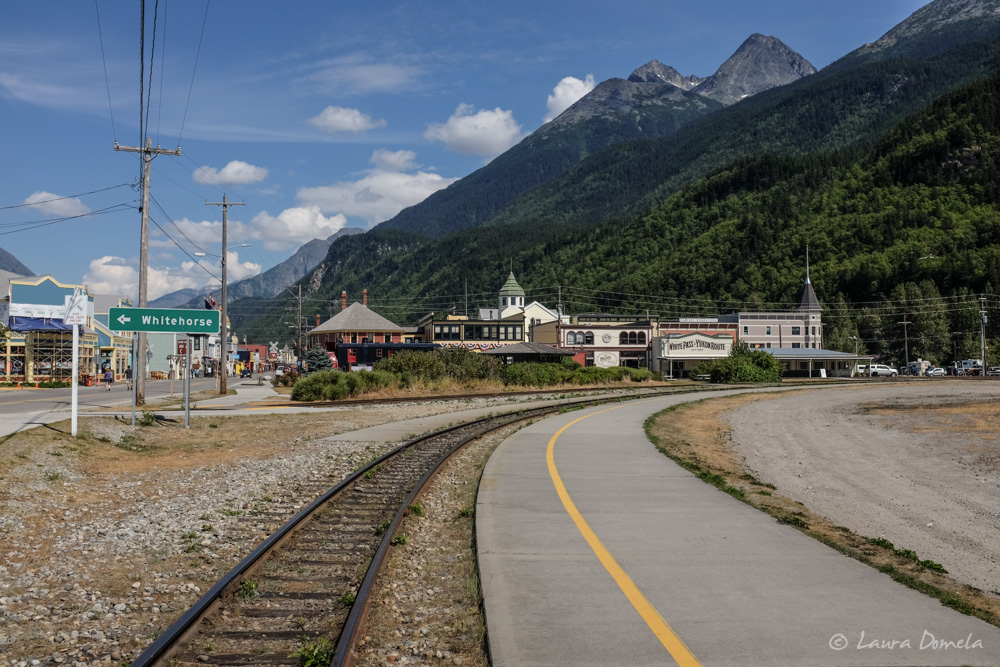 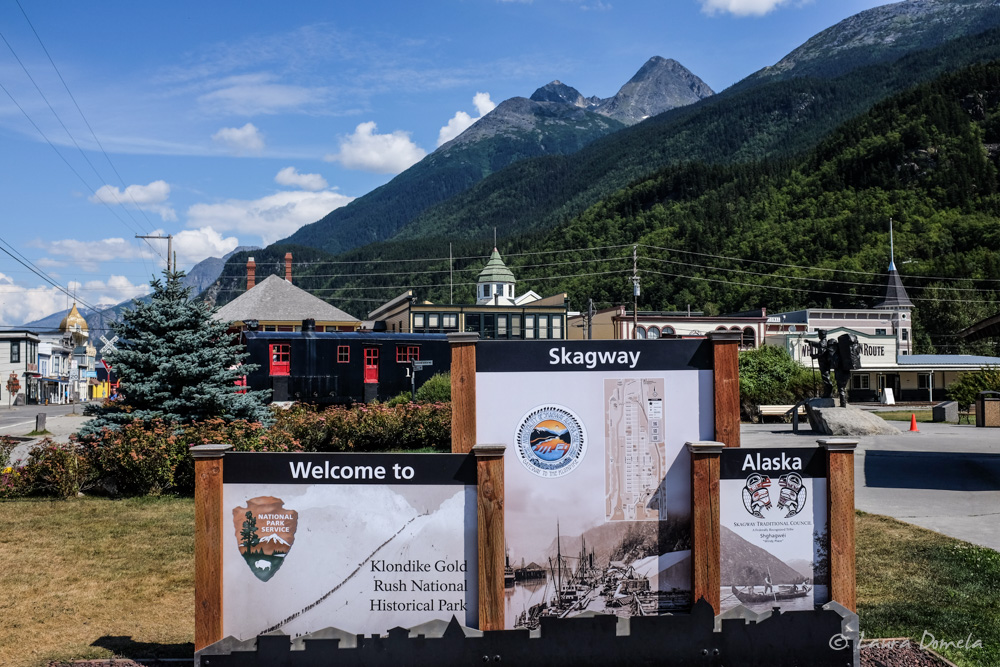 There are roads that lead from both Haines and Skagway to other places in Alaska (unlike all other SE Alaska towns we visit by boat), so we’ve met several sets of folks from Whitehorse and other towns in Alaska, Canada, and the Yukon Territory. Whitehorse is only about 90 minutes by car, so maybe next time we’re here, we can rent a car and do some land exploring.

Skagway is actually pretty charming. Yes, it’s a cruise ship town (of only about 900 people), but they’ve done a good job with the vibe of the place…it doesn’t feel all cruiseshipppy. I’m not sure if it’s that the buildings all mostly match and have that slightly Old West look and there aren’t A TON of tanzanite and cruise ship jewelry stores (there are still a few), or that there was only one ship here today, but it was quite nice walking around town. We had lunch at the Skagway Fish Company (a salad with king crab, and halibut fish & chips, to share). The food was solid. Not amazing, but solid.

But OMG the weather!! Today was probably up near 80 degrees…tomorrow is supposed to be 87 (the harbormaster says that’s the hottest he’s ever seen it). We were originally thinking we’d just explore for a couple hours today, have lunch, and then head back out to fish and maybe back to Haines this afternoon, but we decided to stay the night and head down to Haines tomorrow afternoon instead. Guess what we’re doing in the morning? 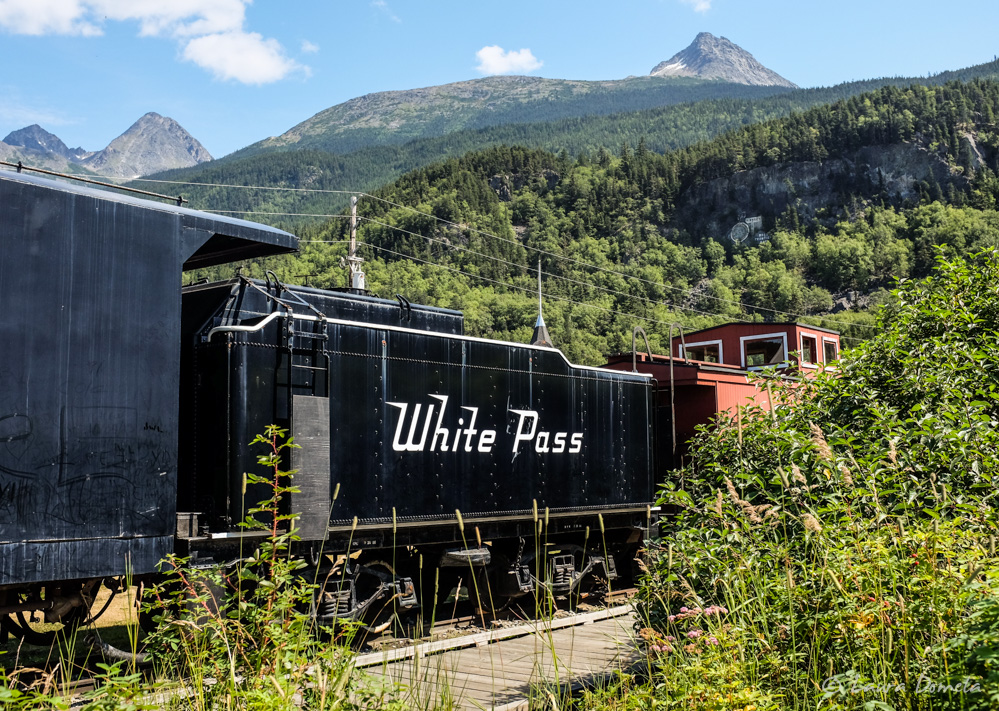