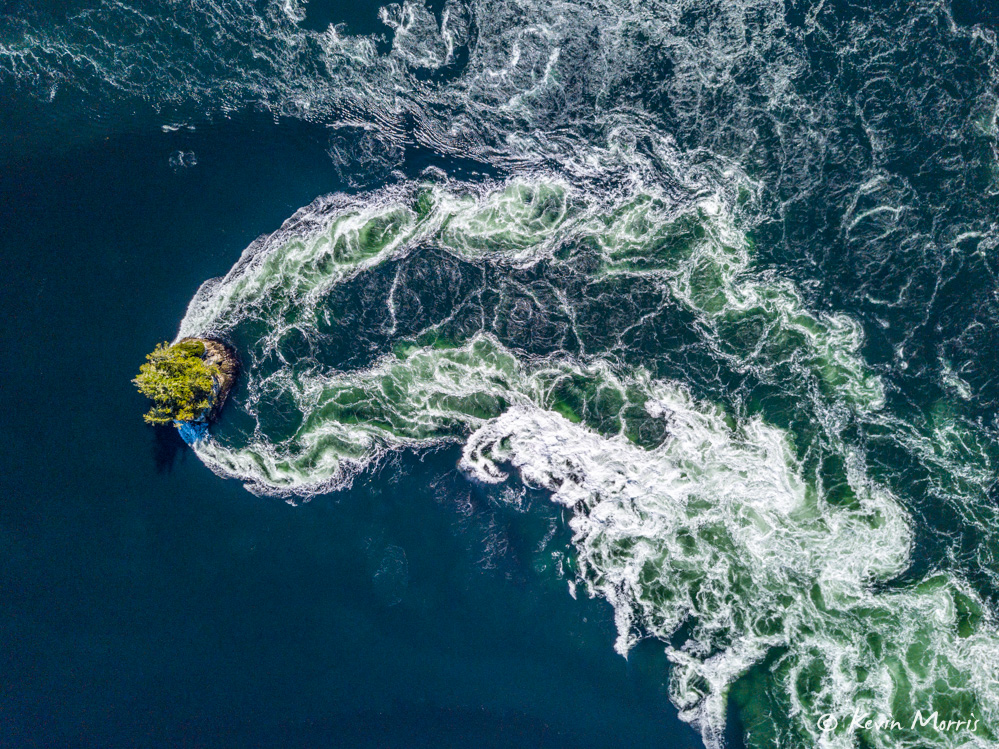 Guess what? We liked Skull Cove enough to stay a THIRD day! There is so much to explore around here, and with decent internet we are able to get a lot of work done. It’s also nice to have some down time before we start our next flotilla in three days!

Some of the strongest tidal currents in the world (said to run over 18 knots) flow through Nakwakto Rapids. Apparently the two other fastest tidal streams in the world are Seymour Narrows and Skookumchuck/Sechelt Rapids, both within a hundred miles of where we are now. 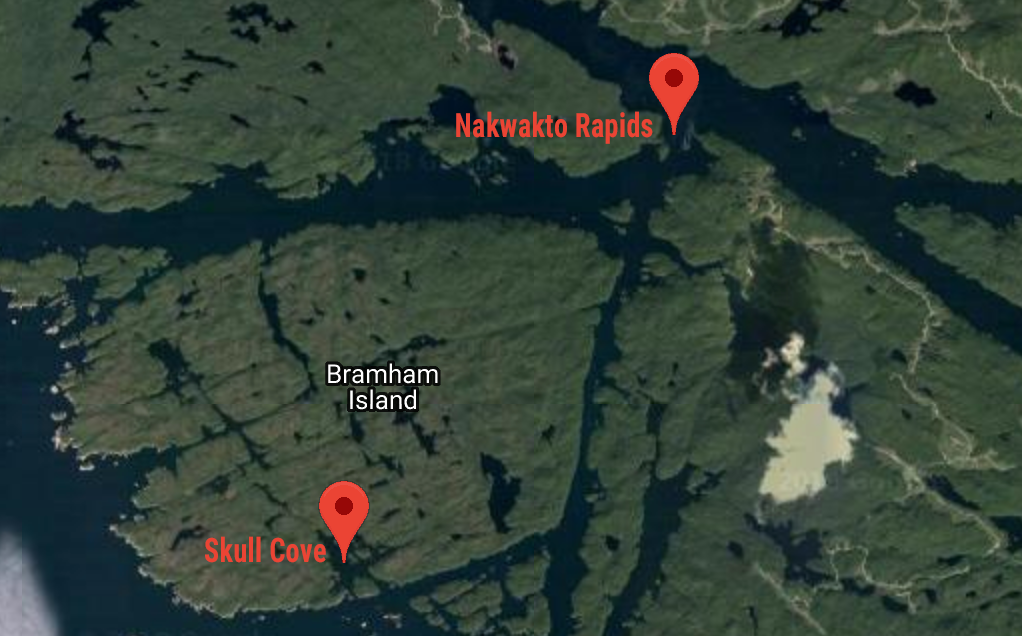 We waited until the current should have been near max ebb (the strongest it gets) and then headed upstream in the dinghies. The idea was to get as close as possible by dinghy, find a secure place to stop, and then launch the drone. The eddies started to get pretty significant even as far as two miles from the rapids!

Here’s some iPhone video we took before we stopped to take the drone up:

We made it up to a point about a mile from Turret Rock (the center of the rapids) and found a quiet place on the lee side of an island. We launched the drone from there. 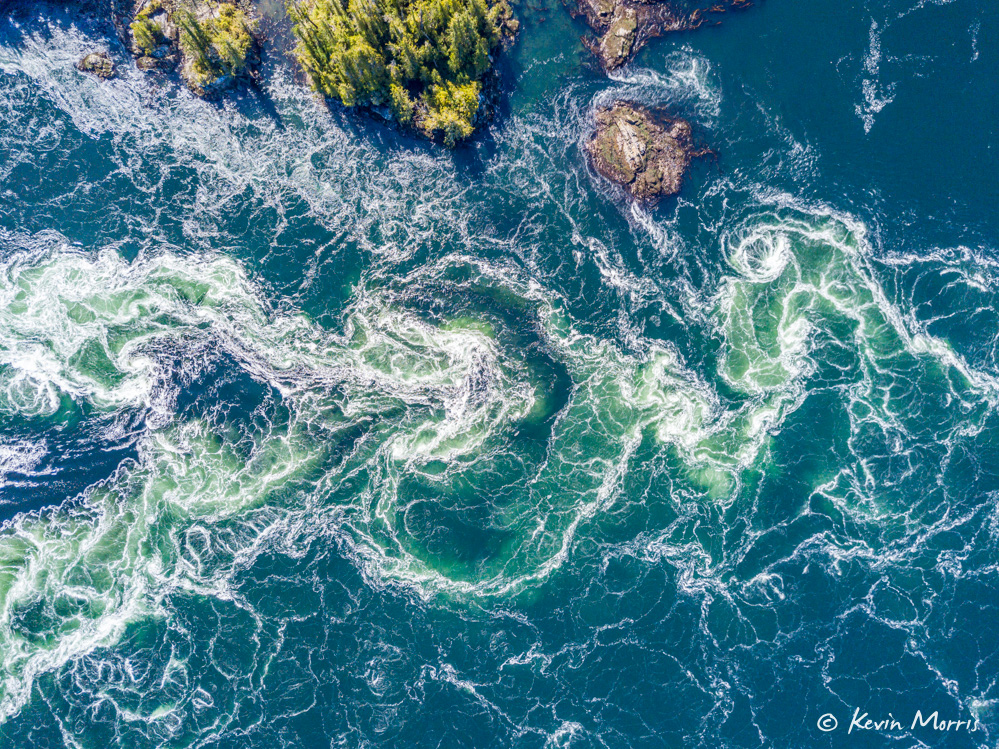 Here is the video Kevin made with the aerial footage he collected (uploaded in 4K with music, so if you have fast internet and a nice monitor, check out the full res version with sound):

These rapids are no joke and not be messed with. We were very careful to keep our distance in order to get this footage.

Nakwakto Rapids is also known to be a good diving spot, but as slack lasts only about five minutes, divers have just a 20 minute window to complete their dives. We hear there’s some seriously colorful sea life down there, but you sure won’t have long to see it!