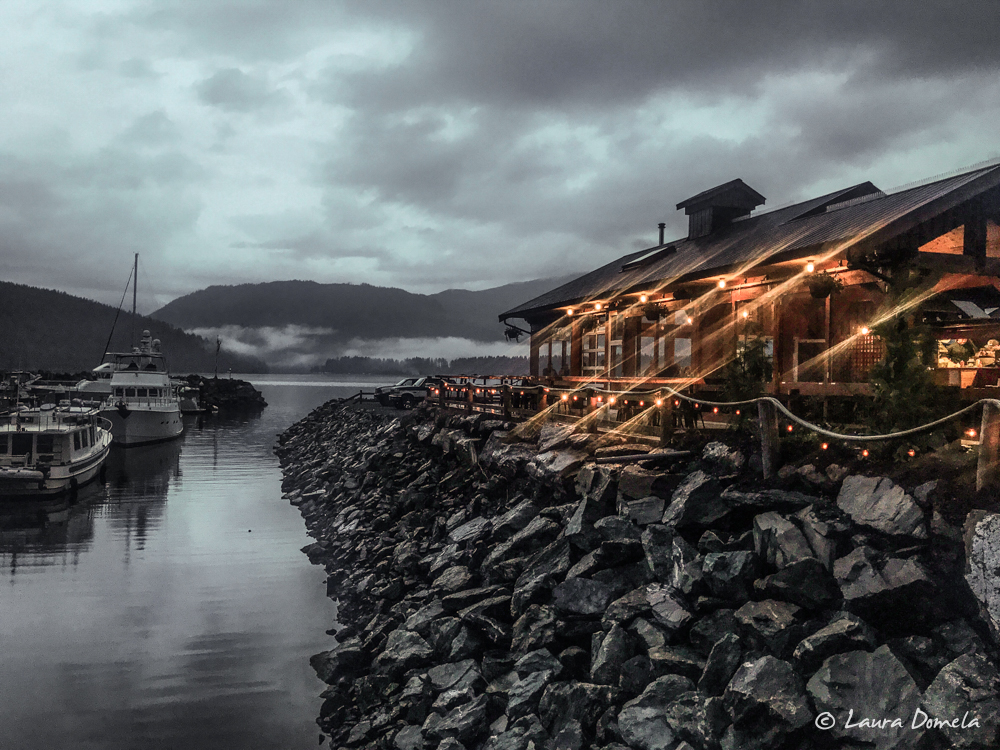 September 14 – We’d hoped to spend a couple nights in Effingham Bay, but today looked like a great day on the Strait of Juan de Fuca. Rather than push our luck for one more night in the Broken Group, we decided to take advantage of the calm and head towards Victoria.

We were spoiled again by the ocean. Light winds, decent visibility, favorable current most of the day, and lake-like conditions. Shortly after noon, we all pulled into Pacific Gateway Marina in Port Renfrew.

This is a recently redeveloped marina (winter storms have historically caused lots of damage), protected by a large breakwater and strategically located about halfway between Barkley Sound and Victoria. It’s geared mostly to small fishing boats, but they have some space for larger cruising boats, too. And it’s a WAY better stop than Sooke, since (this time of year) there’s room for all of us behind the breakwater, where fishing boat wakes aren’t such a big problem.

After a relaxing afternoon we met for dinner at Bridgeman’s, right at the top of the dock. Delicious and convenient! Tomorrow doesn’t look quite as calm as today was, but it doesn’t look rough either. We’re all hoping for a nice last day on the water!