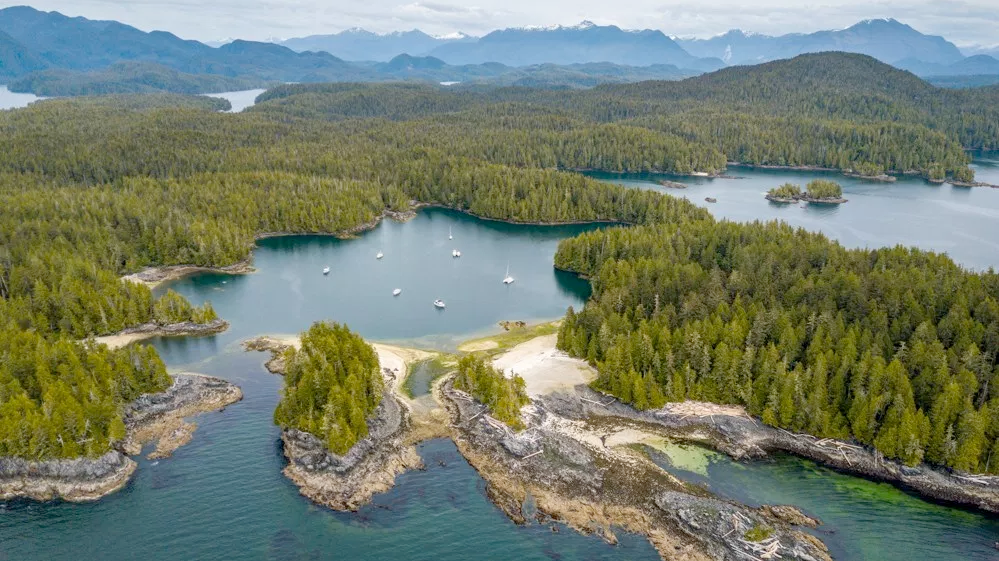 Around Cape Caution! When we fell asleep last night, Environment Canada (Central Coast zone) was calling for “wind light” and seas one meter all day. Windy (ECMWF model) was showing this:

Forecasts don’t get much better than that, but forecasts aren’t always right. So when we woke up at 4:30 a.m. we checked West Sea Otter buoy, where the wind was gusting to 4 knots and the seas were a lazy one meter. We got underway just before 5:00 a.m. and soon got the first report of the day from Pine Island and Egg Island lightstations. Wind light at both, with seas rippled or one foot chop.

As we headed north in Queen Charlotte Strait the swell hit us on the bow. Until we were north of Slingsby Channel, the boats were pitching a bit more than expected. We were transiting the area on a flood, which should help smooth out the swell, but the currents seemed confused in places, creating pockets of steeper, more closely spaced waves. On a calm day like this it wasn’t a big deal, but if the wind and seas were up it would be a lot less comfortable.

North of Slingsby Channel, the swell mellowed out further. The wind never built and we enjoyed one of the smoothest Cape Caution roundings we’ve had in recent memory.

By noon, the whole group was anchored in Fury Cove. 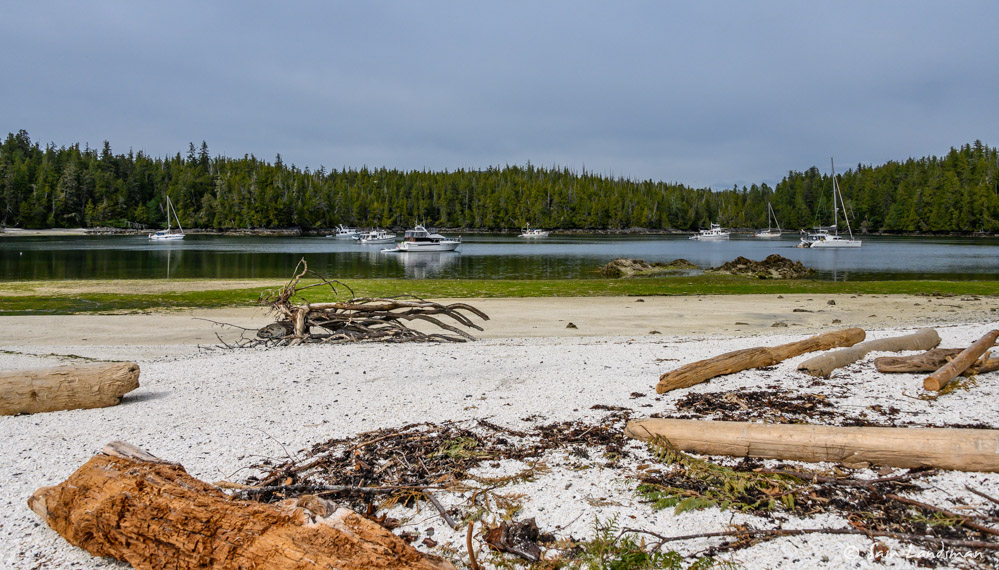 We spent the afternoon relaxing and napping, exploring the white shell beach, and visiting with everyone. 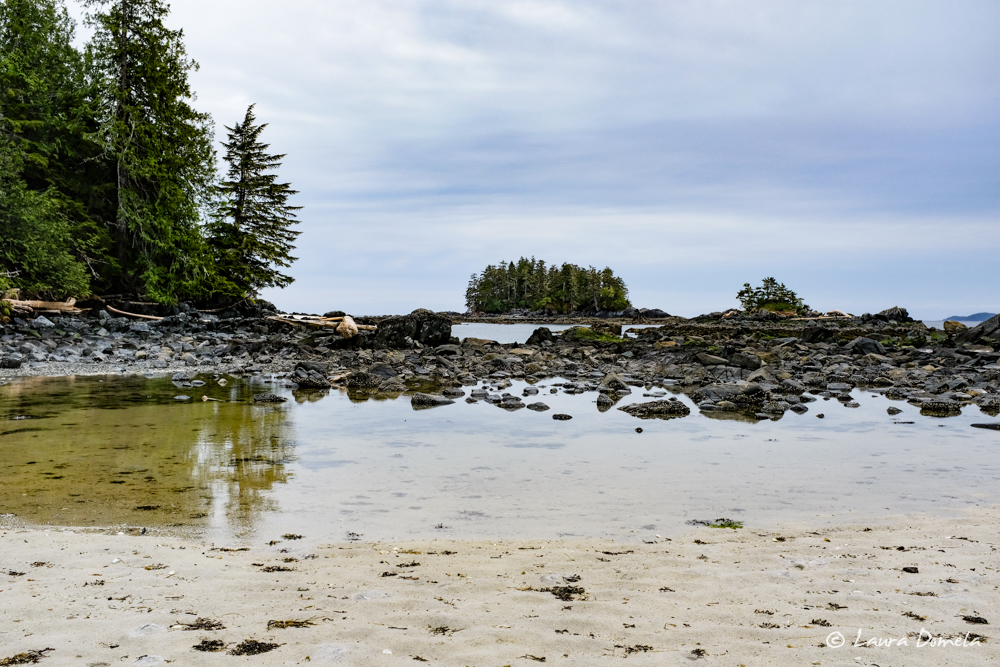 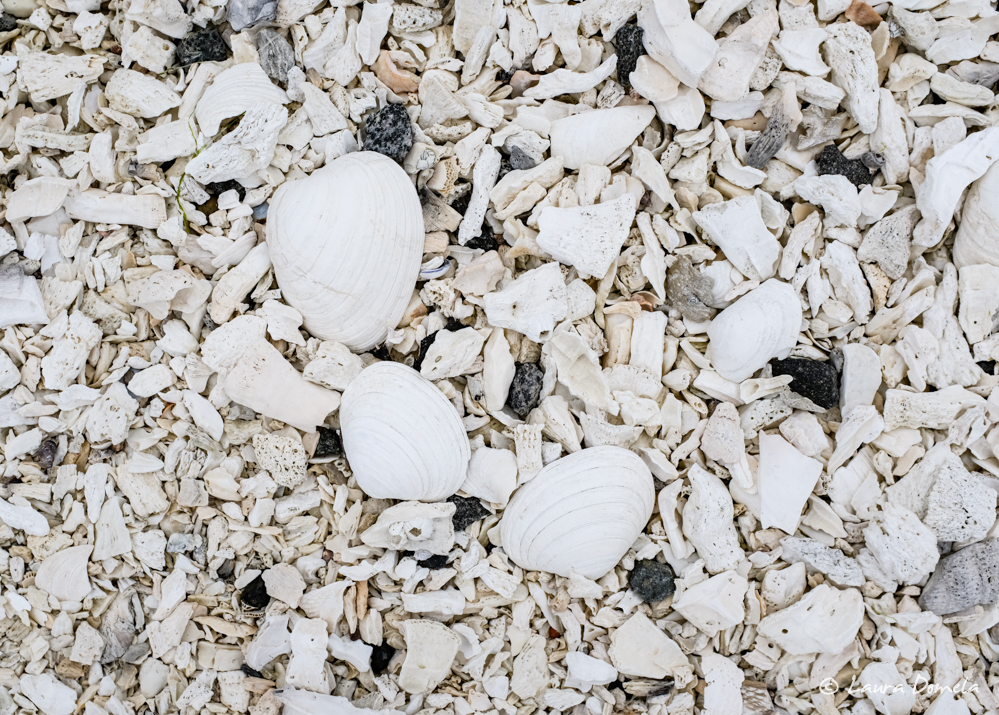 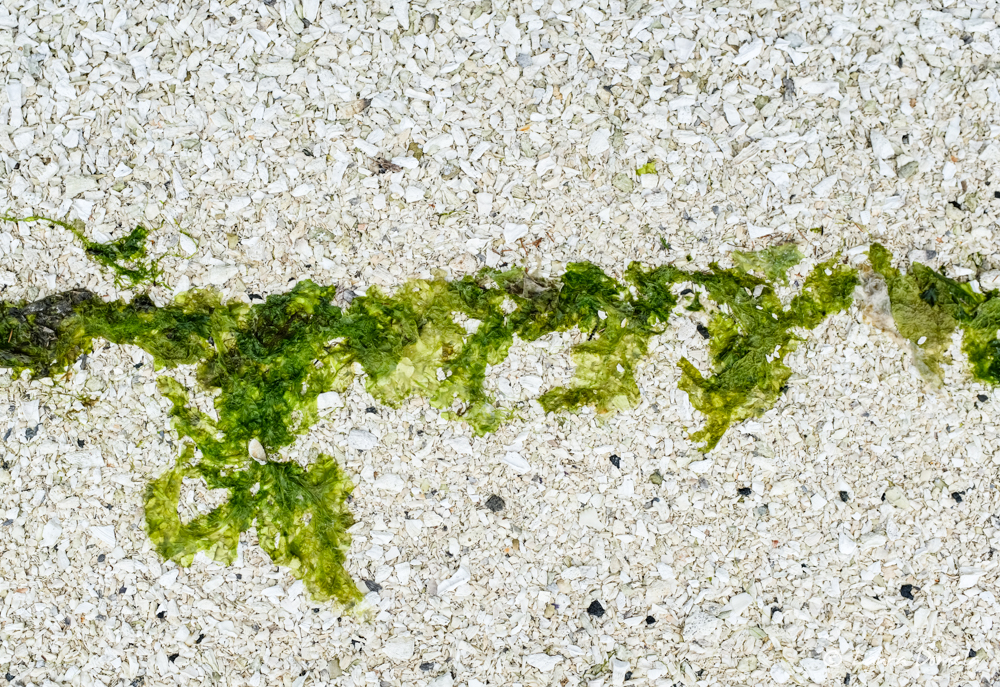 The cabin on shore, apparently used by kayakers, is undergoing some renovations: 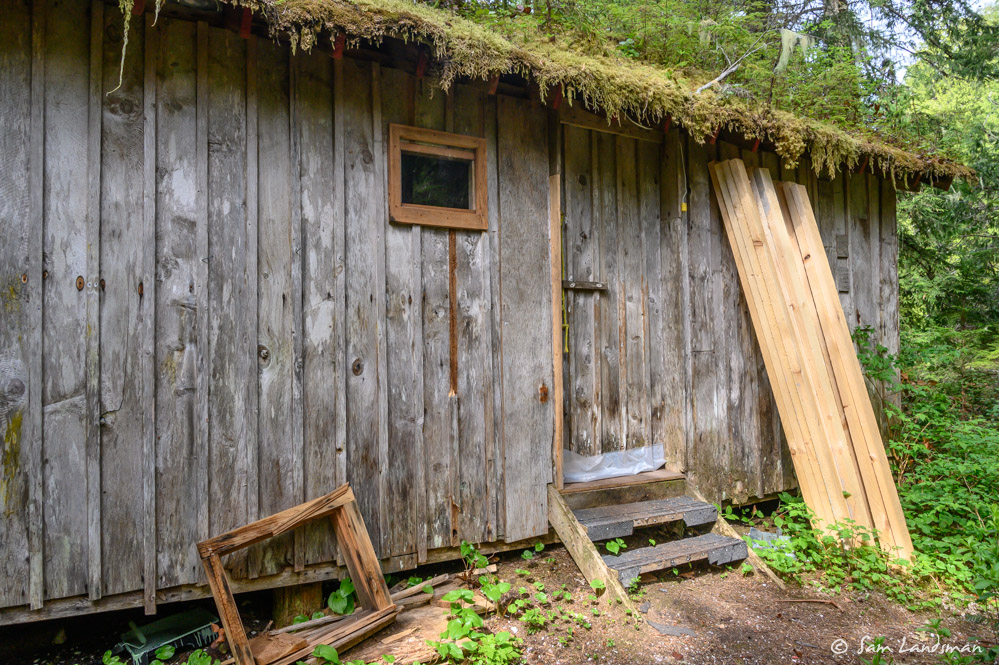 Most of the group got the night off from cooking. We had everyone over for pasta and zucchini lasagna on the raft to celebrate our arrival on the Central Coast.

Kevin took the drone up for some aerial shots of the anchorage: 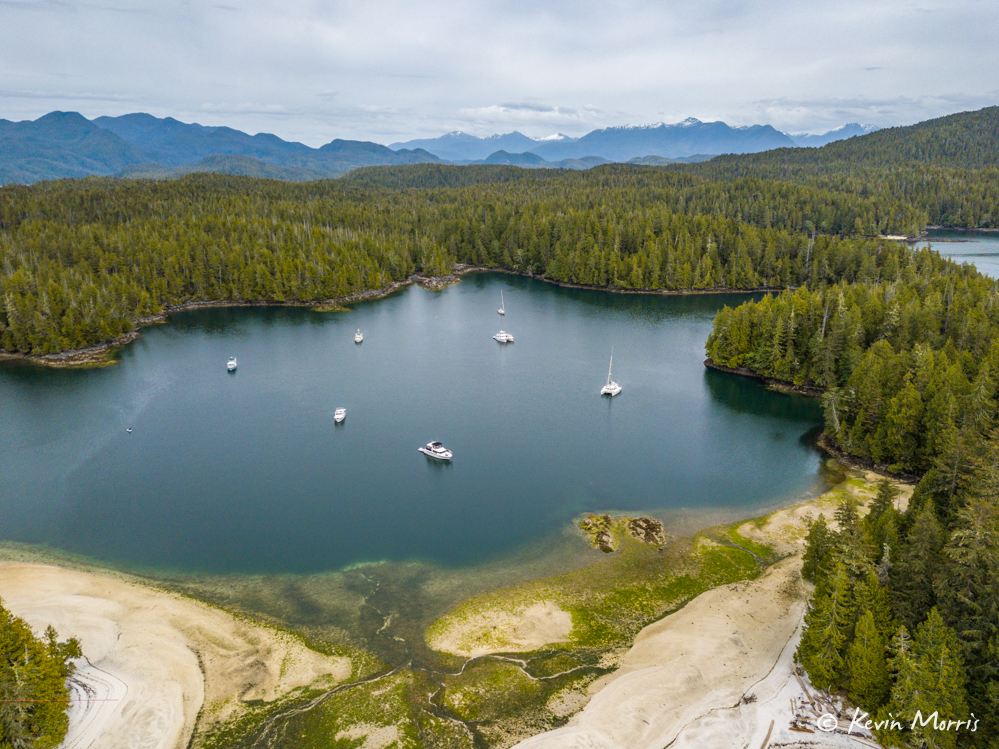 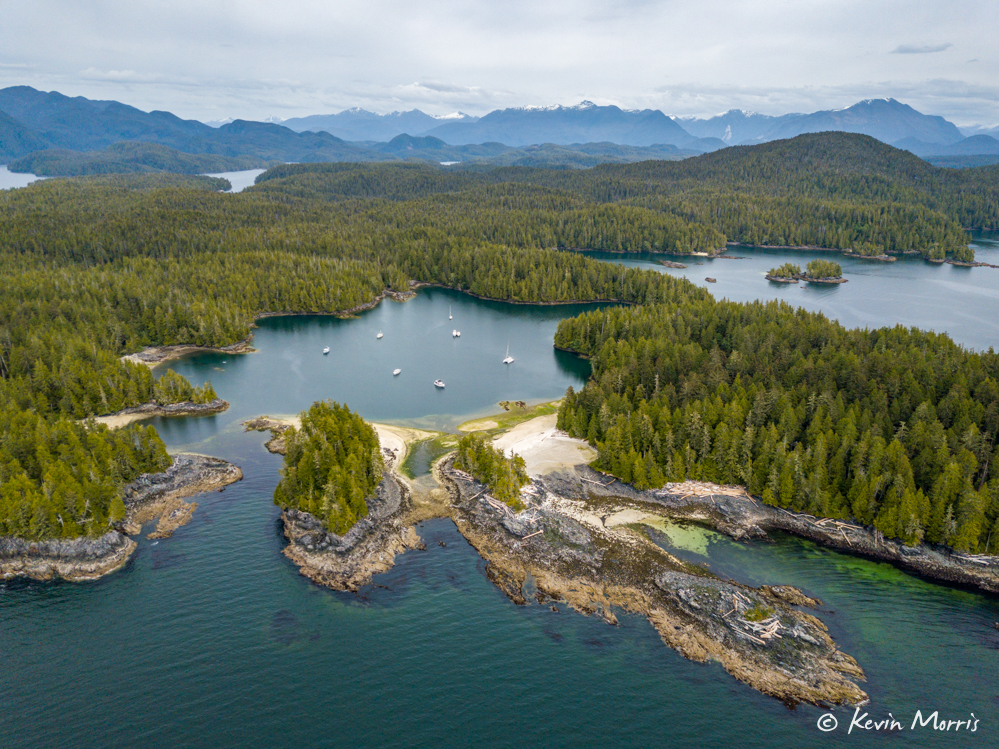 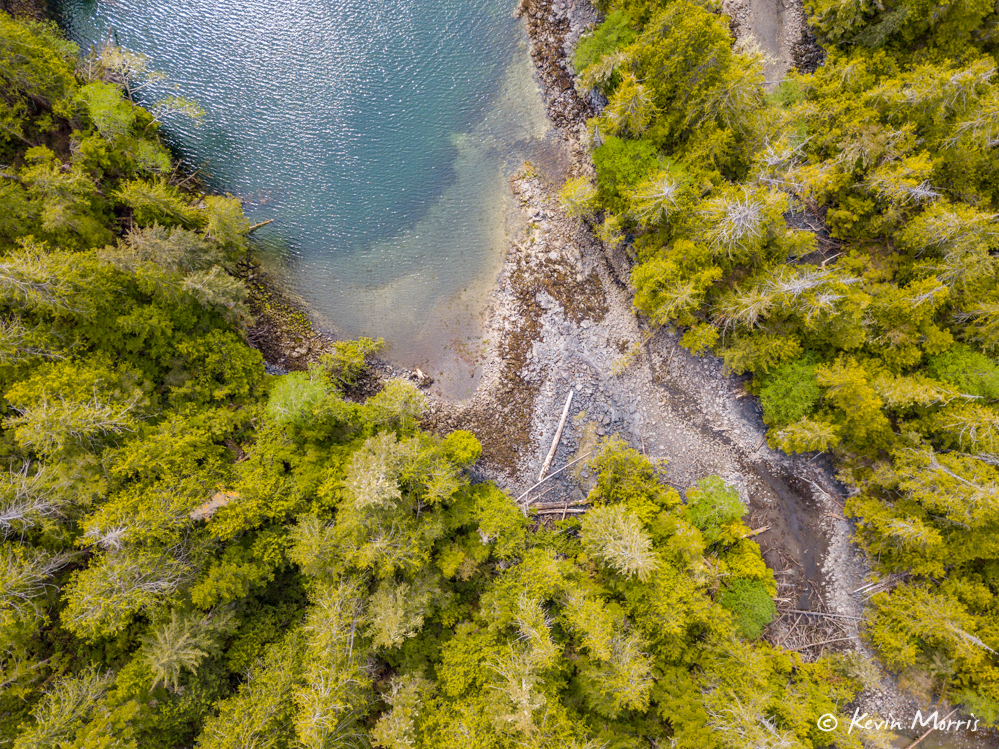 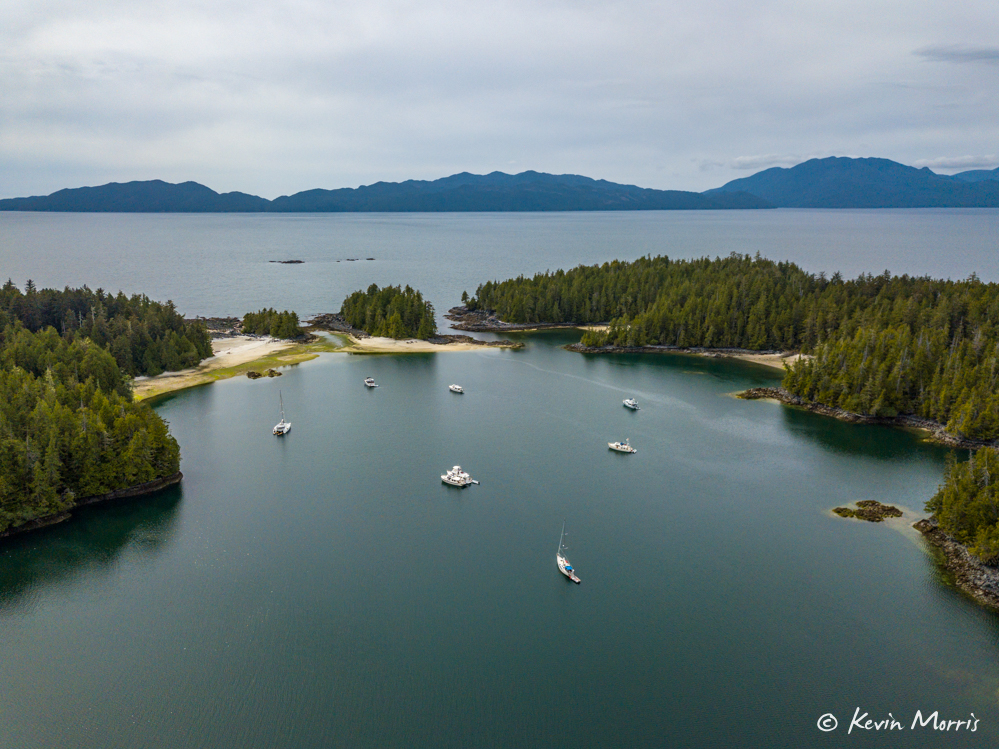 Getting around Cape Caution is a big moment on the trip to Alaska. The “gates” further south typically open up a single cruising area before transiting another “gate” is required. Rounding Cape Caution opens up the Central Coast, a swath of coast as vast as the entire east side of Vancouver Island (Gulf Islands plus Sunshine Coast plus Desolation Sound plus the Broughtons!) but far more remote. The next “gate” we face is Dixon Entrance, hundreds of miles and a week away. 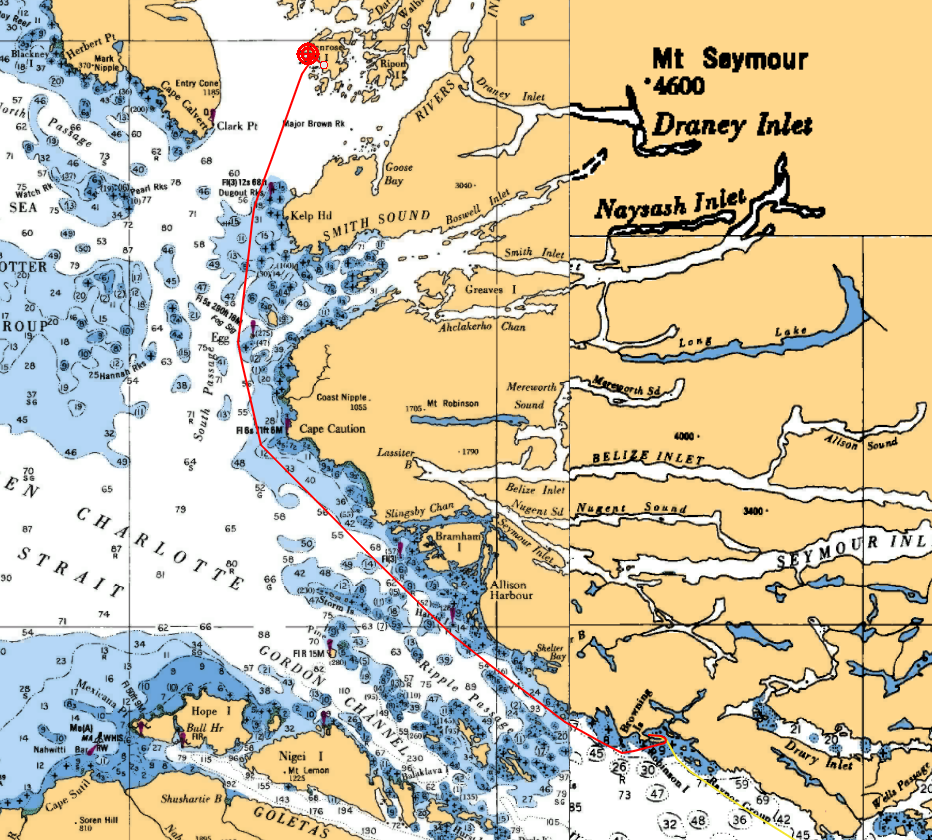