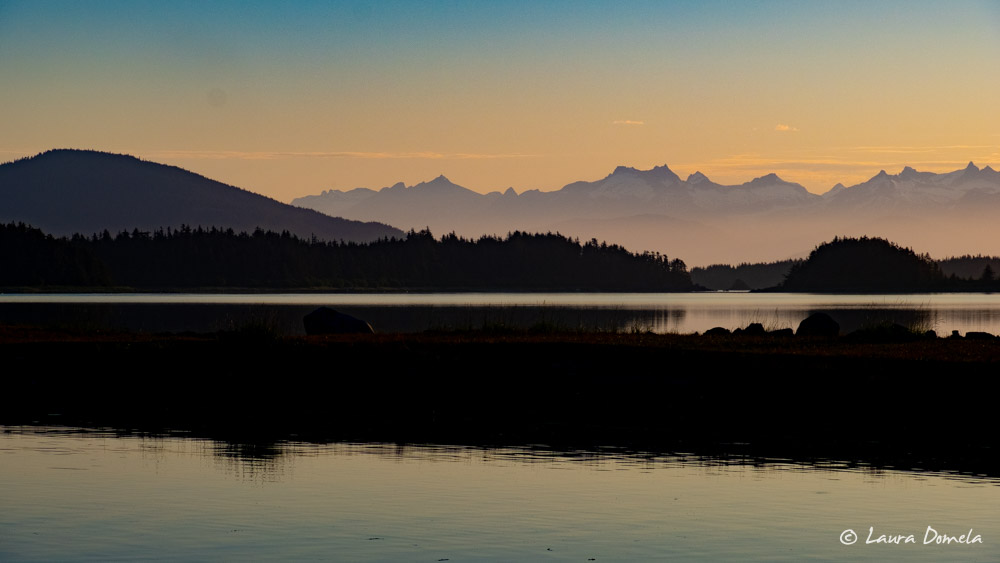 We’d planned for today to be short, just a 10nm hop across Chatham Strait to Funter Bay. But as we looked at the forecast for the following day (when we’d be making the ~50nm run to Juneau), we were slightly concerned. The weather didn’t look bad, but it didn’t look great either: 15-20 knots from the south/southeast, right on our nose from Point Retreat to the entrance to Gastineau Channel.

So we developed a new plan. We’d leave Swanson Harbor in the morning, stop at Funter Bay and have breakfast, then continue 30nm to Admiralty Cove. This would get us within three hours of Juneau the following day, hopefully letting us depart early enough to beat the worst of the wind, and if not, at least we wouldn’t have to beat into weather for as long.

The cruise over to Funter Bay was calm and sunny and we found the float—and the anchorages—totally empty (well, except for a bunch of crab pots). We tied up to the float, enjoyed breakfast, then continued on. A light southerly breeze developed out in Chatham Strait, but the small following seas created little motion aboard.

As we rounded Point Retreat, the wind died completely and it was downright warm! 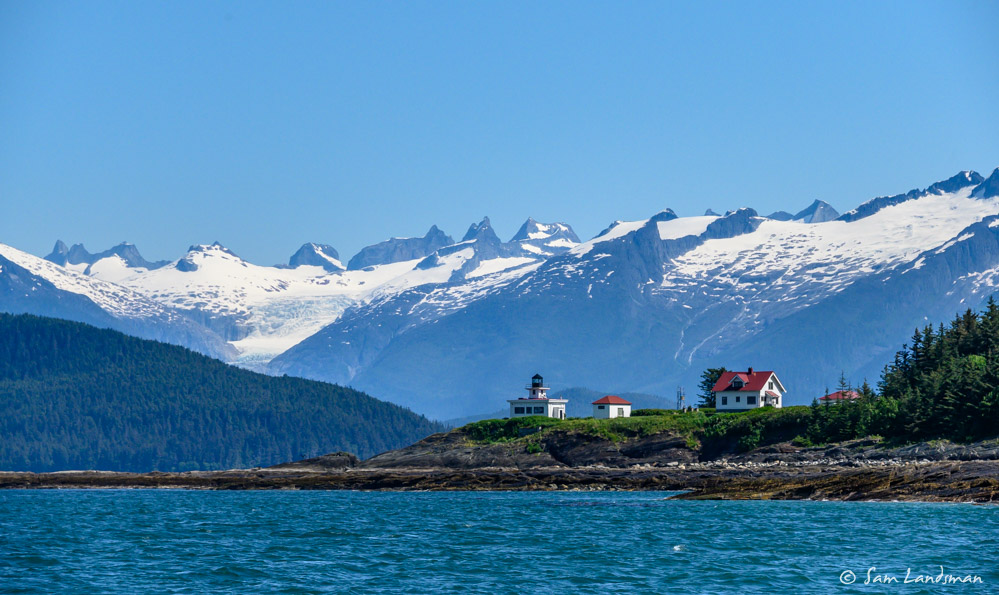 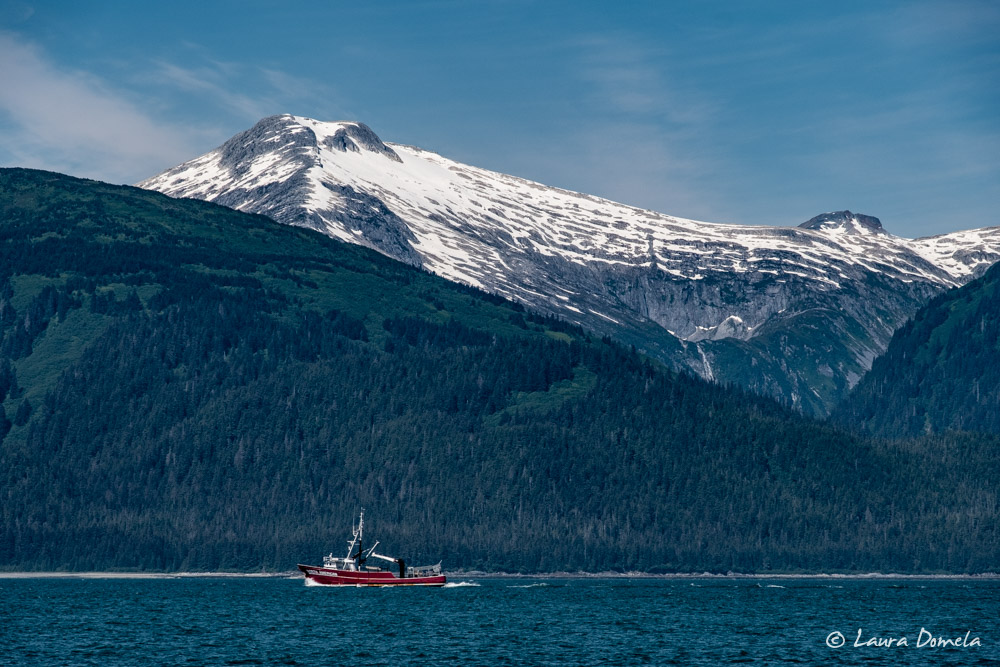 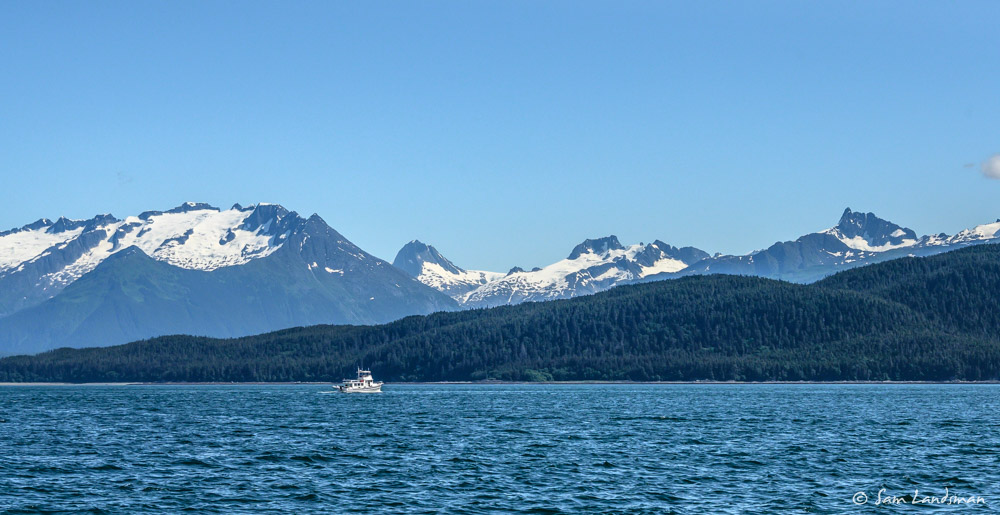 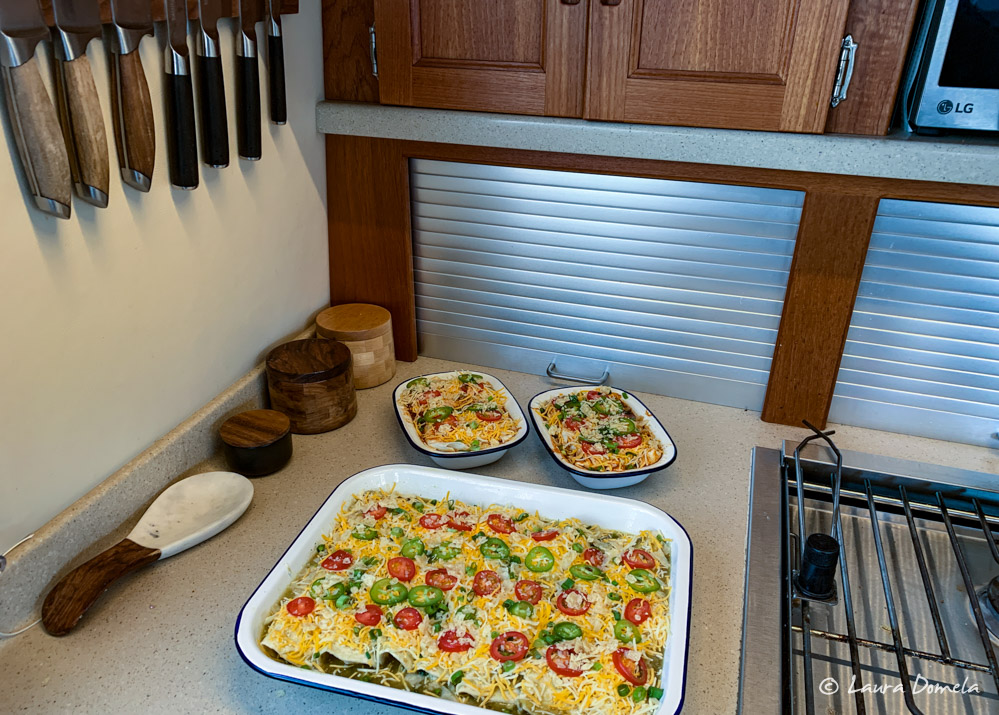 Sam took the drone up for some evening aerials before we called it a night. Admiralty Cove isn’t a particularly protected anchorage, but when skies are clear the views are vast and in settled weather it’s a lovely spot. 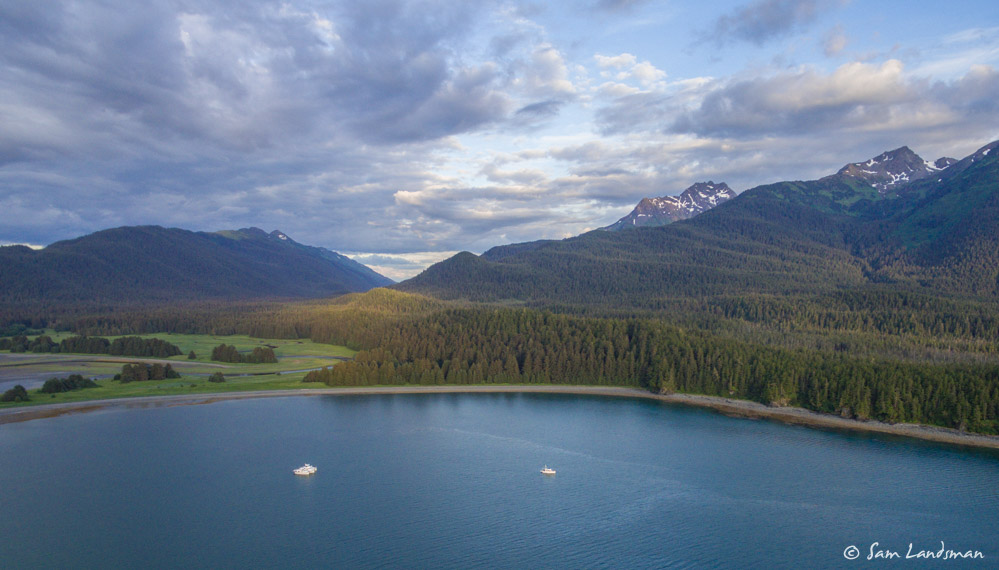 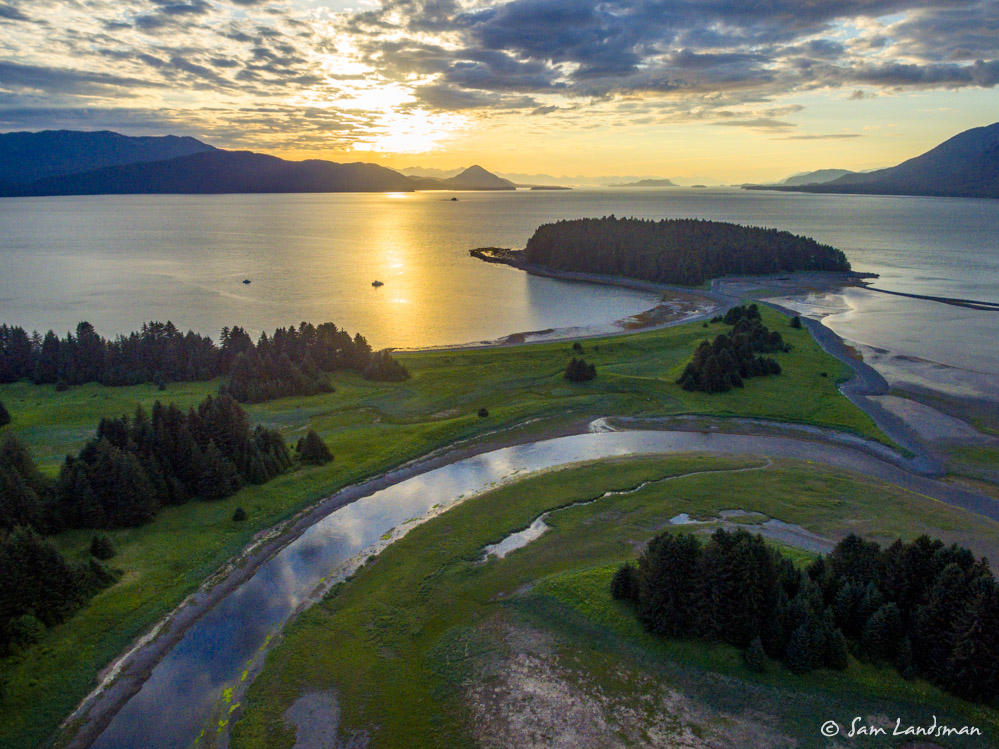 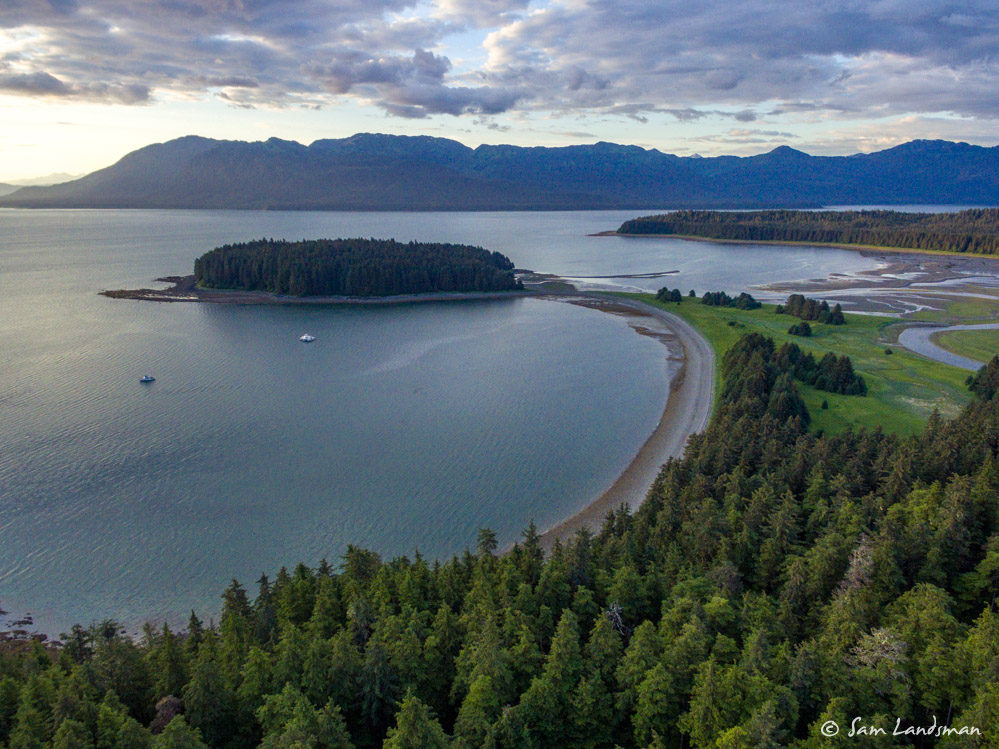 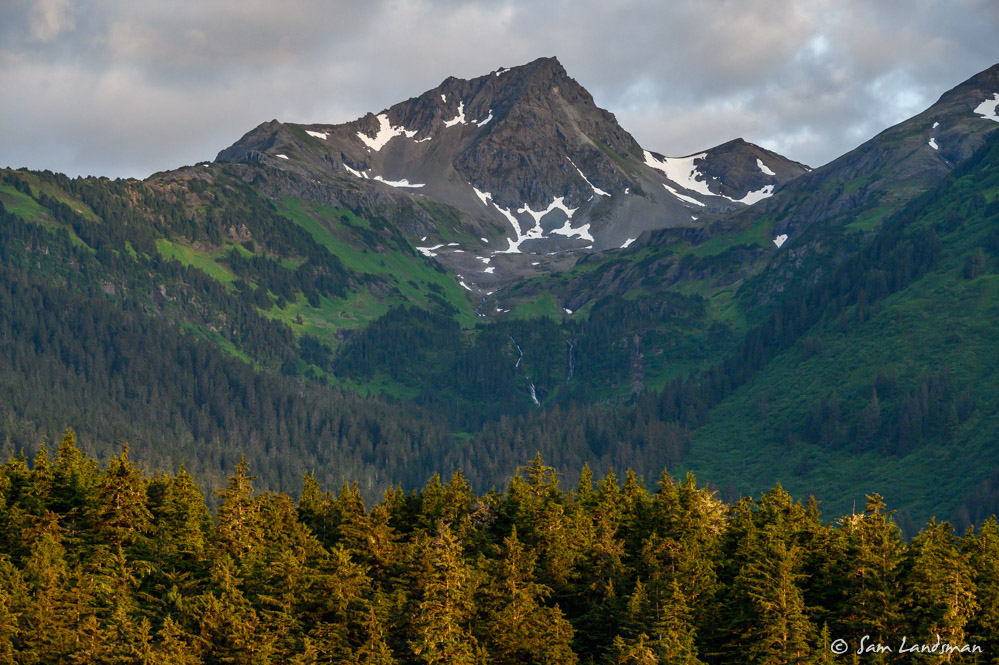 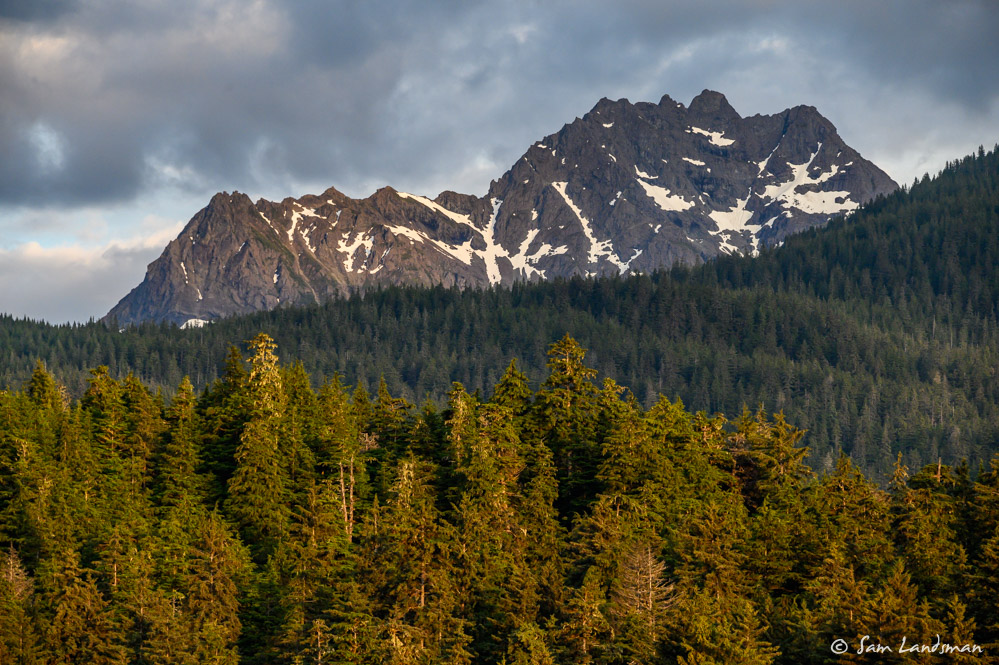 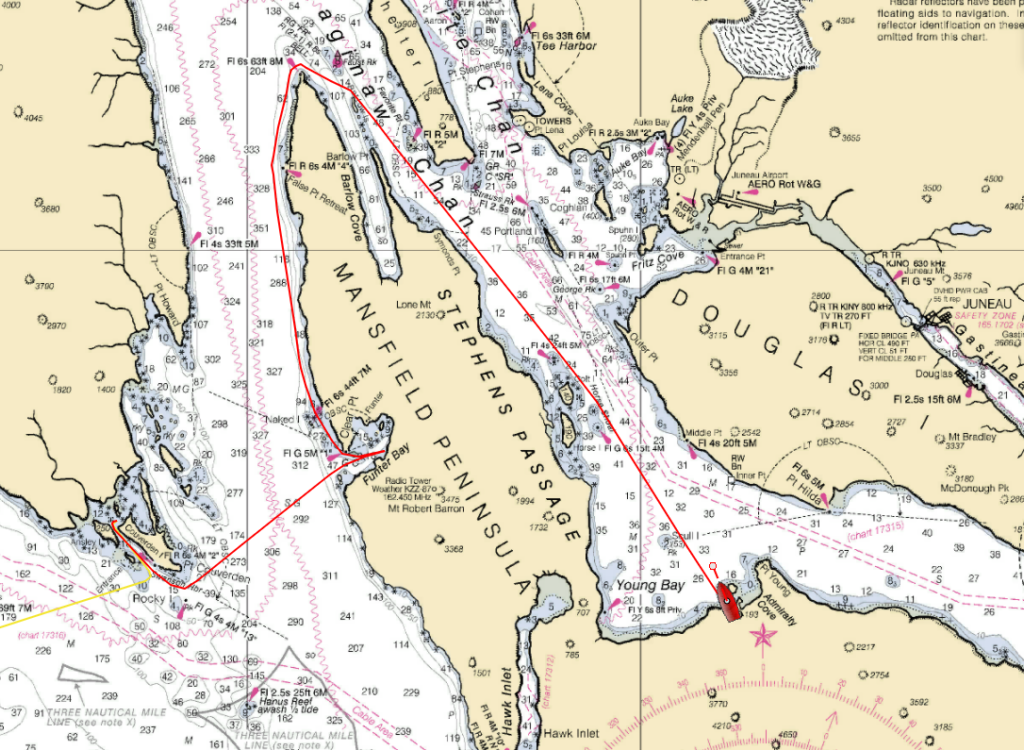