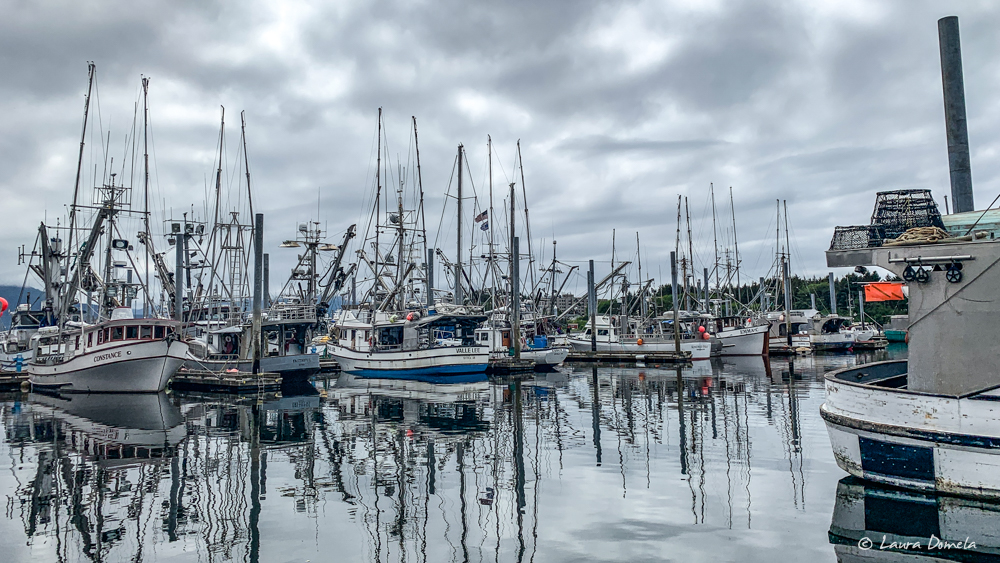 Thirty-four days after we left the San Juan Islands for our journey up the Inside Passage, we are ready for this last leg of the flotilla into Sitka. It’s been a spectacular trip, and we’re excited and also a little sad to be reaching the end. We’ve had a remarkably smooth transit – with a combination of great luck and good timing on weather windows for the “gates” of the Inside Passage, and we’ve had more than our usual share of clear beautiful days to enjoy the scenery.

For today’s trip we left Deep Bay by 8:00 a.m. so that we could transit Sergius Narrows near slack. The NOAA forecast called for 4 foot waves and some blustery winds, but we were fairly certain we would not encounter those conditions on our well-protected route. We exited and turned right, navigating around a series of small islands near the entrance to Deep Bay. Commercial trolling boats were out in force, and we kept a sharp eye, winding our way down Neva Strait and Olga Strait avoiding fishing boats, tour boats, and the occasional fast passenger boat. Apart from the traffic, conditions were flat calm as we expected.

As we approached Sitka, we saw one cruise ship moored on the north end of town. Sitka is far less a “cruise ship town” during the tourist season than either Juneau or Ketchikan. Typically there is only one ship around at a time, and the impact of the visitors is much less noticeable.

Several of us walked the ~2 miles or so (each way) to the post office (the closer one downtown closed a few weeks ago) to pick up some packages/parts we had shipped to Sitka via General Delivery. We took the route through the Sitka National Historic Park — much more scenic and great to stretch the legs! 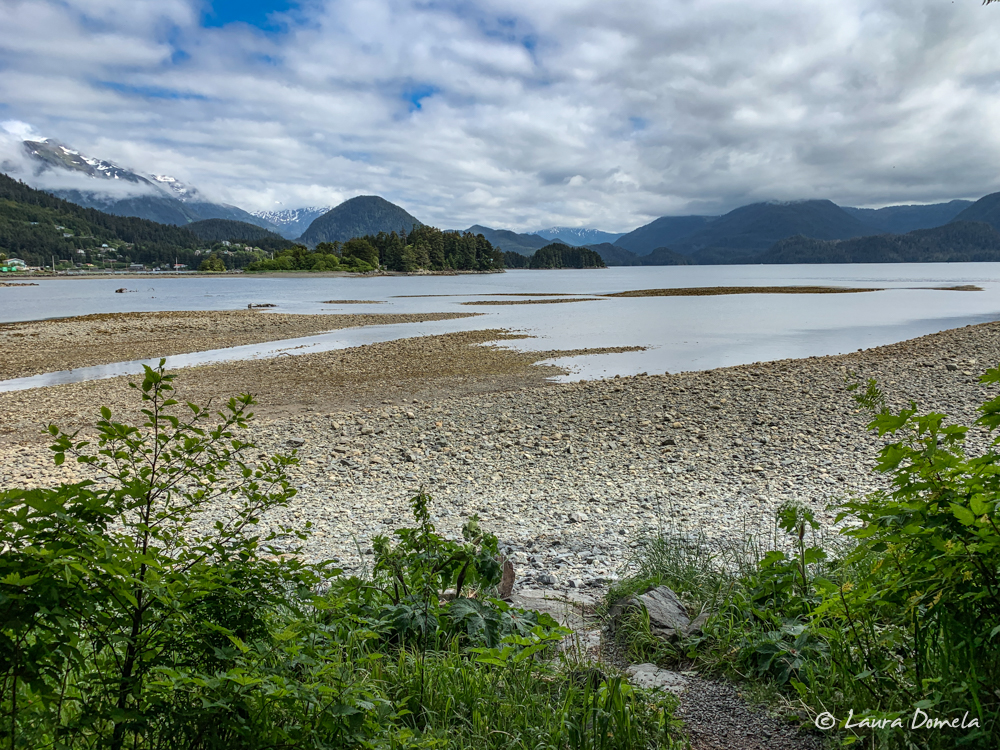 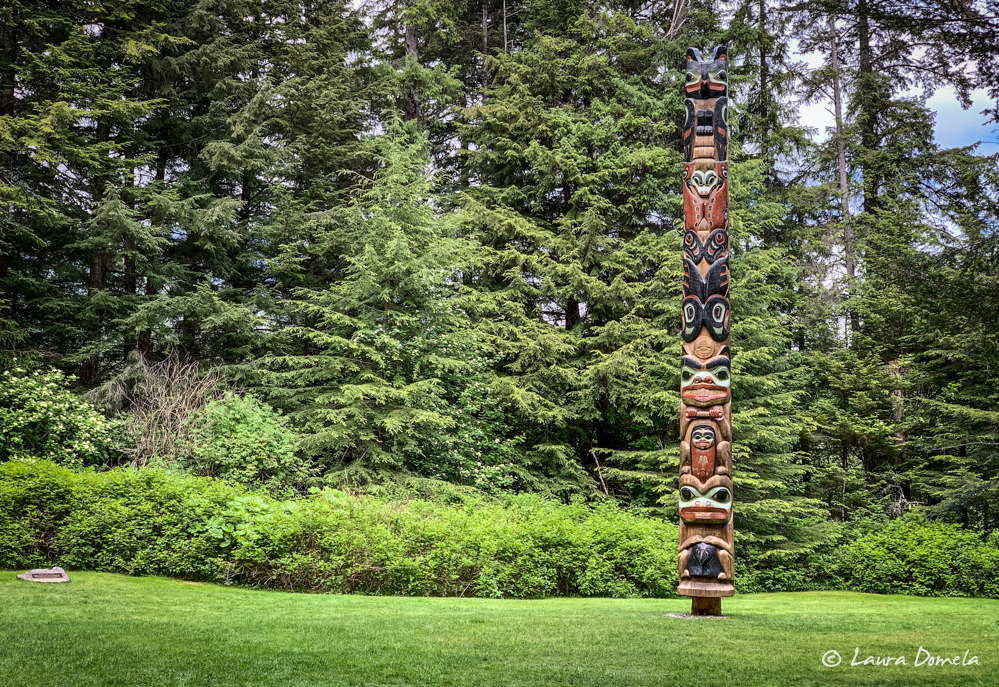 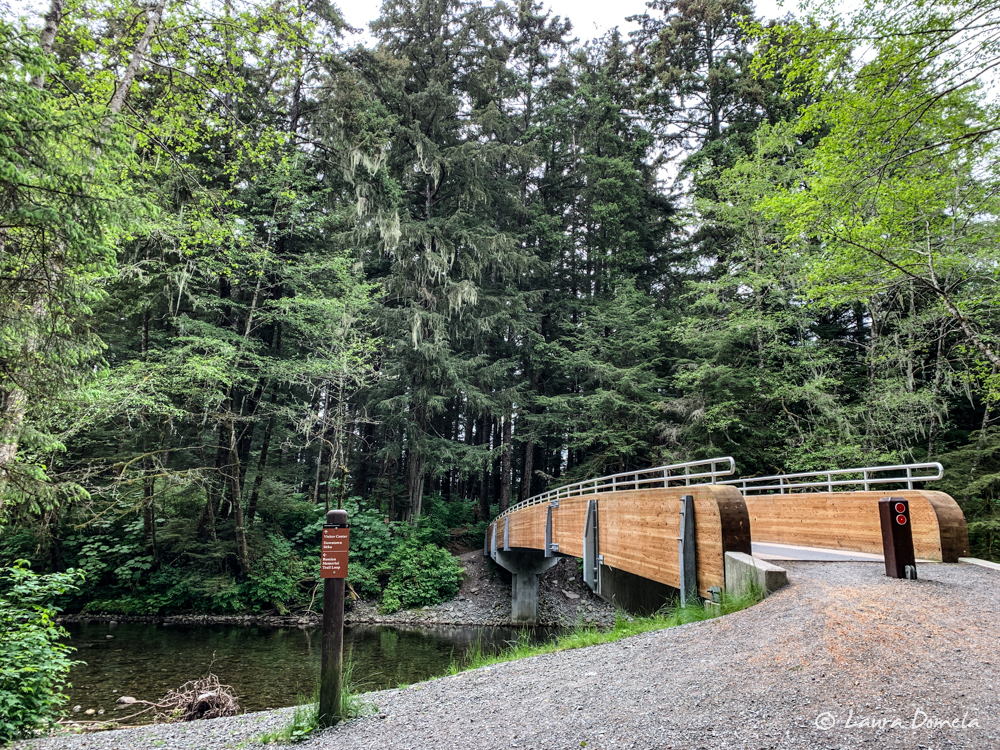 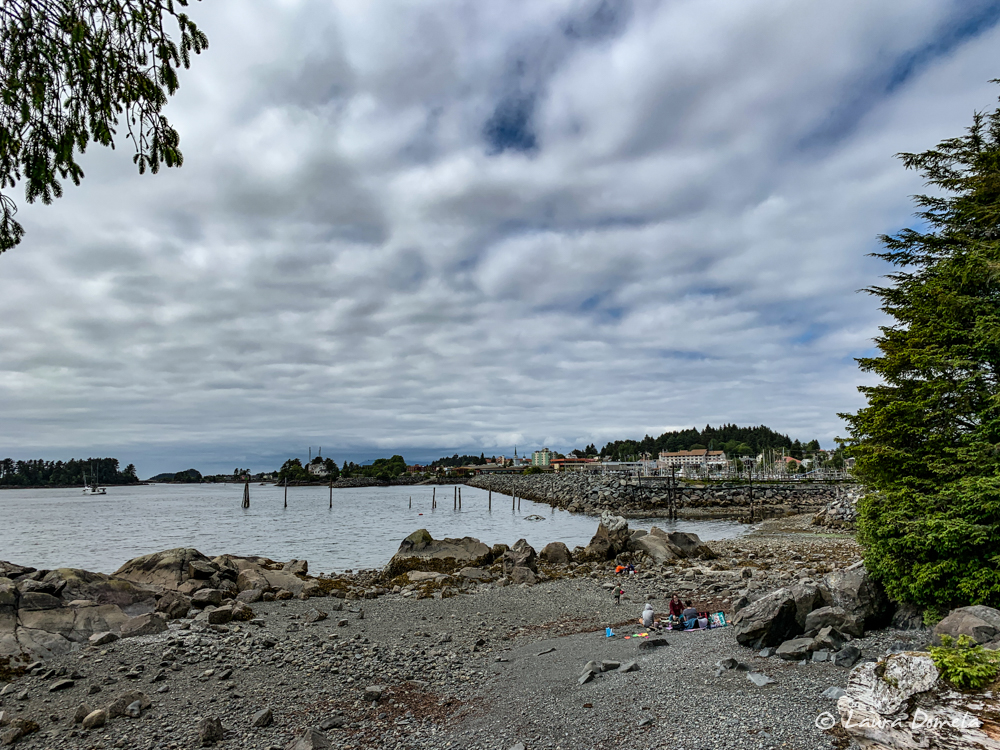 The group (plus Roberta and Susan’s brother and his wife, who joined them here in Sitka) met for dinner in town at the Sitka Hotel and Restaurant. The food was excellent, but the poor servers had to work like crazy to make up for two who were absent (with a full house, including our table of 12 and another table of 14). 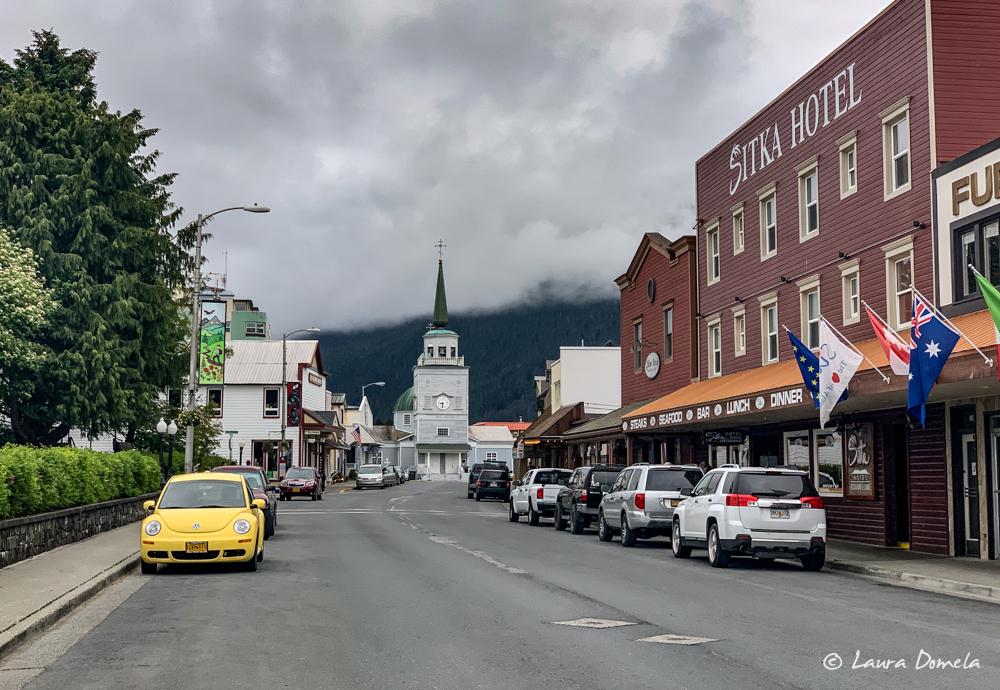 We’ll spend the next several days in Sitka doing chores and boat projects, reprovisioning, exploring, and watching the weather for the next leg of the flotilla, which includes the outside of Chicagof Island, Pelican, Elfin Cove, Icy Strait, Hoonah, and Juneau, (where we’ll have a bit of a break before beginning Leg 3)! 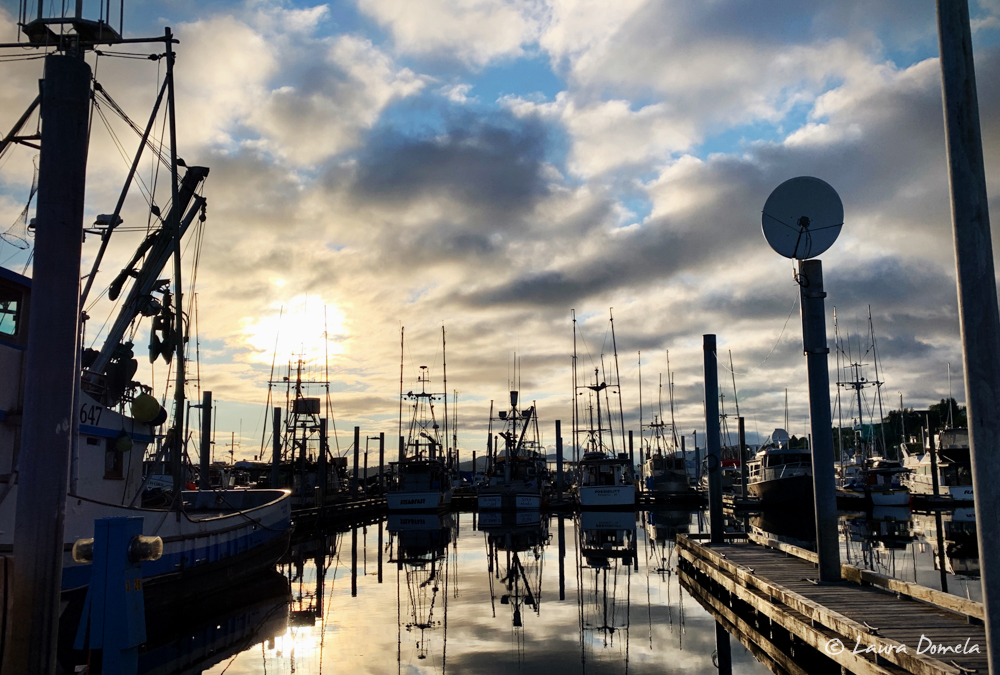 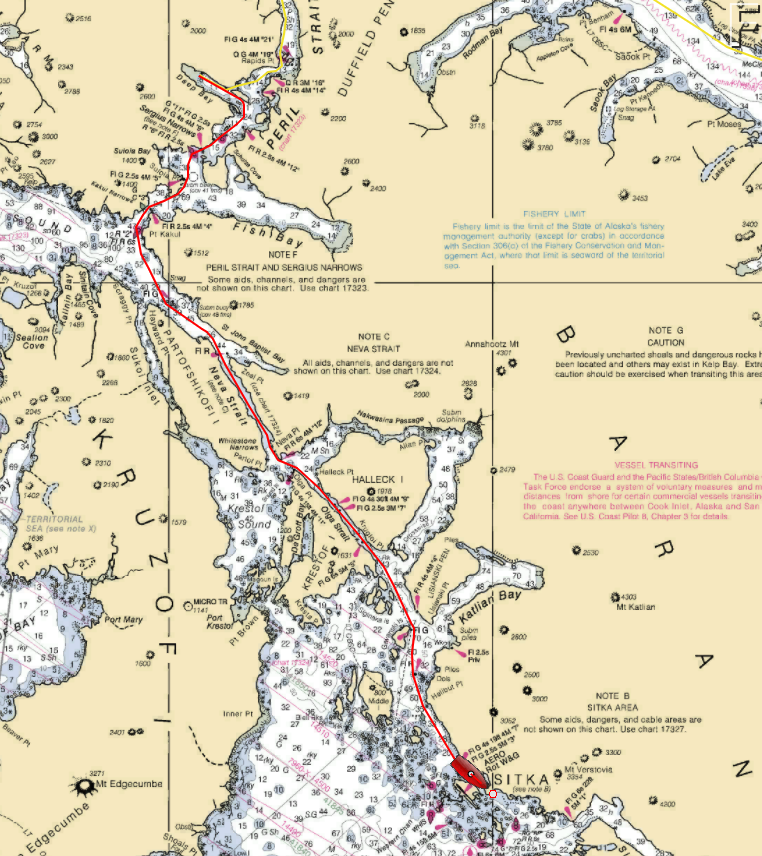