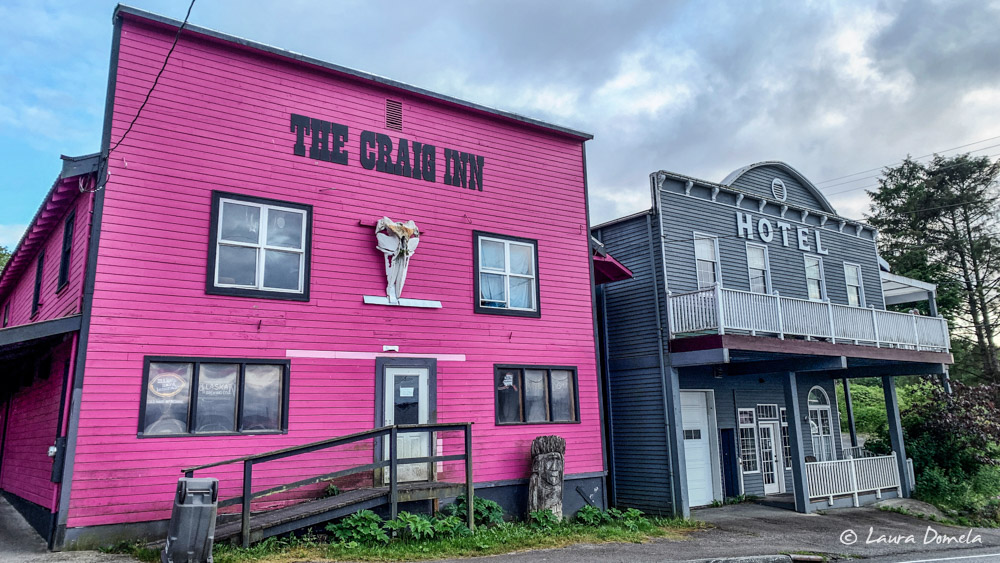 Craig is about 50nm from Egg Harbor, and a third of those miles are in the ocean. Today’s forecast is as good as we’ve seen: wind light and seas (combined wind waves and swell) three feet. We departed early from Egg Harbor—around 6:30 a.m.—hoping to beat any unforecast wind. The ocean cooperated nicely, and we enjoyed as smooth a ride as we’d hoped. The only downside of today’s cruise was some fog obscuring the shoreline (and other boats) for a good chunk of the morning.

In past years, we’ve found Craig to be pretty quiet. This year, it was packed with cruising boats. The transient dock was filled to capacity when we arrived, but the harbormaster did a great job finding us all space. We were scattered across the north and south harbors, but it wasn’t an issue, since they’re just a few minutes across the road from each other.

We scheduled a day off in Craig, allowing people time to do laundry, grocery shop, get fuel, and catch up on boat projects. Thankfully, we didn’t have many of the latter! The grocery store is well-stocked, the laundry convenient, and the locals friendly and helpful.

Mid-morning, a remarkable thing happened. For the first time since June 23rd, we had rain! It didn’t last long, but it poured hard for a few minutes. The forecast is for more rain ahead, and we can’t say we’re disappointed (a first in SE Alaska!).

We went to Dockside Cafe, one of the few restaurants in town, for a group dinner on our second night. The most notable aspect of our dinner was the multiple power failures: we walked into darkness (power returned a few minutes later), and as we’re paying our bills, the power flickered off again. As we walked back to the boats, we noticed giant diesel generators boldly humming as we passed by. Apparently, the water levels are so low that the local hydro power plant, which normally supplies town with electricity, is no longer functioning reliably. The locals are looking forward to more rain! 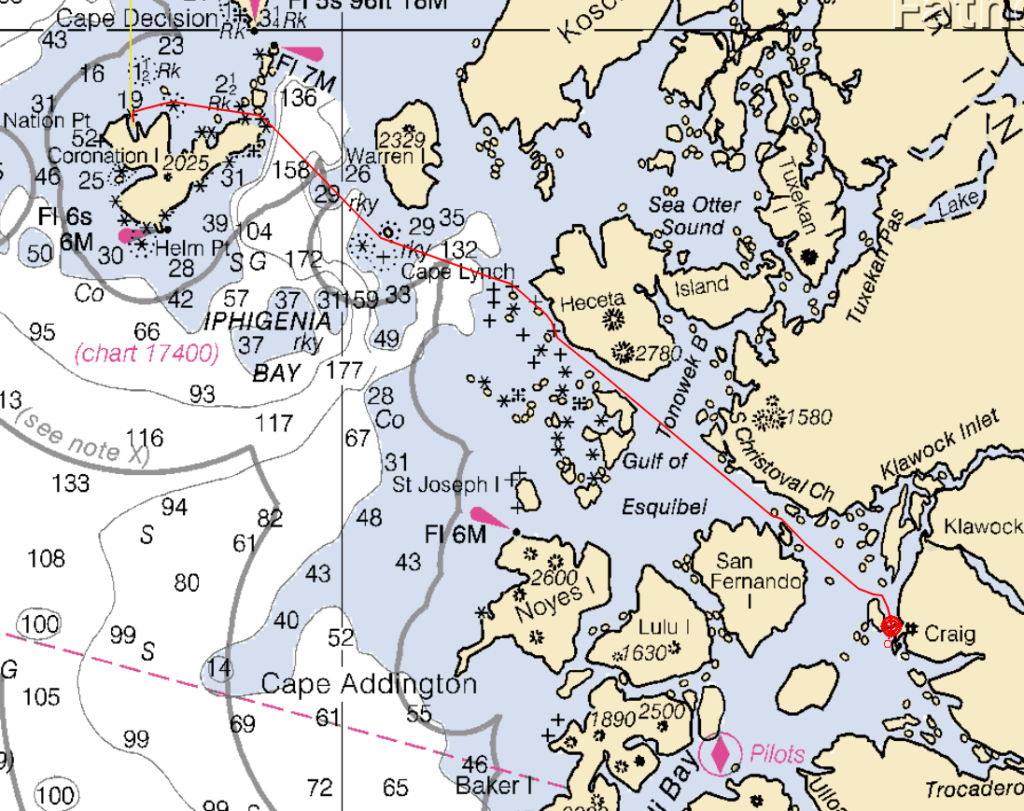