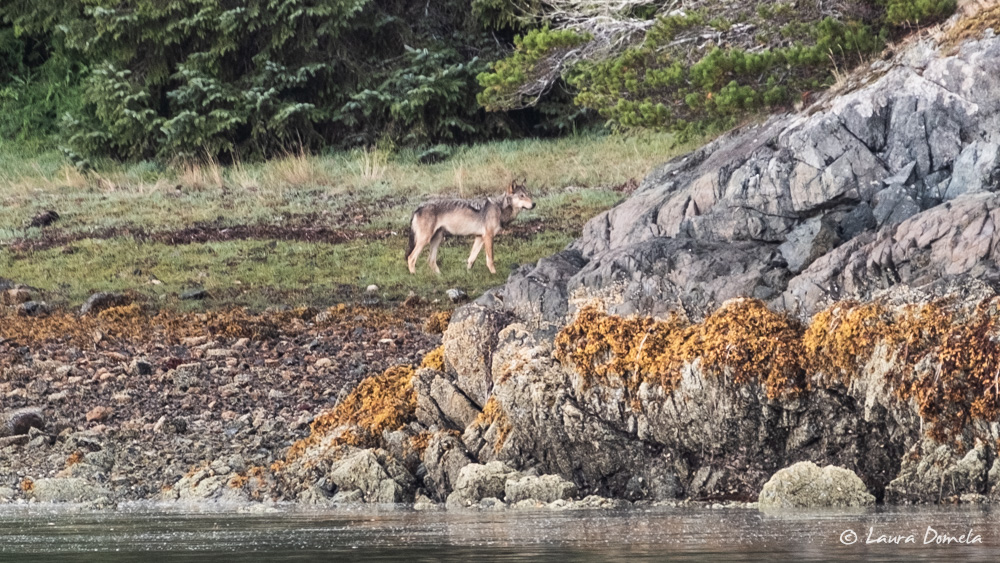 With just 2.5 hours to travel today we didn’t rush out of Nuchatlitz this morning, which turned out to be extremely beneficial. Last night at about 1:30 a.m. (and again at 4:30 a.m.), we heard wolves howling over on shore in what sounded like a new meal celebration, but it was too dark to see anything. Laura went out into the cockpit of Airship and recorded what we were hearing (along with some wave slap and sounds of the flag blowing in the breeze):

This morning around 8:30 a.m., David on Dog Star whispered a message to the group. “Slowboat group, there are wolves on the beach.” Score!! We immediately grabbed binoculars and cameras, and sure enough, there were two wolves. Then several more wolves. For the next hour we watched six or seven wolves roam the beach, jump and run and wrestle with each other, and occasionally eat from an unidentified carcass, shaking their share as if to kill it all over again.

We watched from our anchored boats, worried that approaching by dinghy would scare them off, but we really would have liked to have been closer to get better photos! The distance didn’t stop us from taking way too many photos, however, since this is the first time we’ve gotten to SEE wolves (in BC or AK on the summer trips). We’ve heard them, and we’ve seen plenty of tracks…but we’re pretty thrilled to have had such a great view of them this morning! 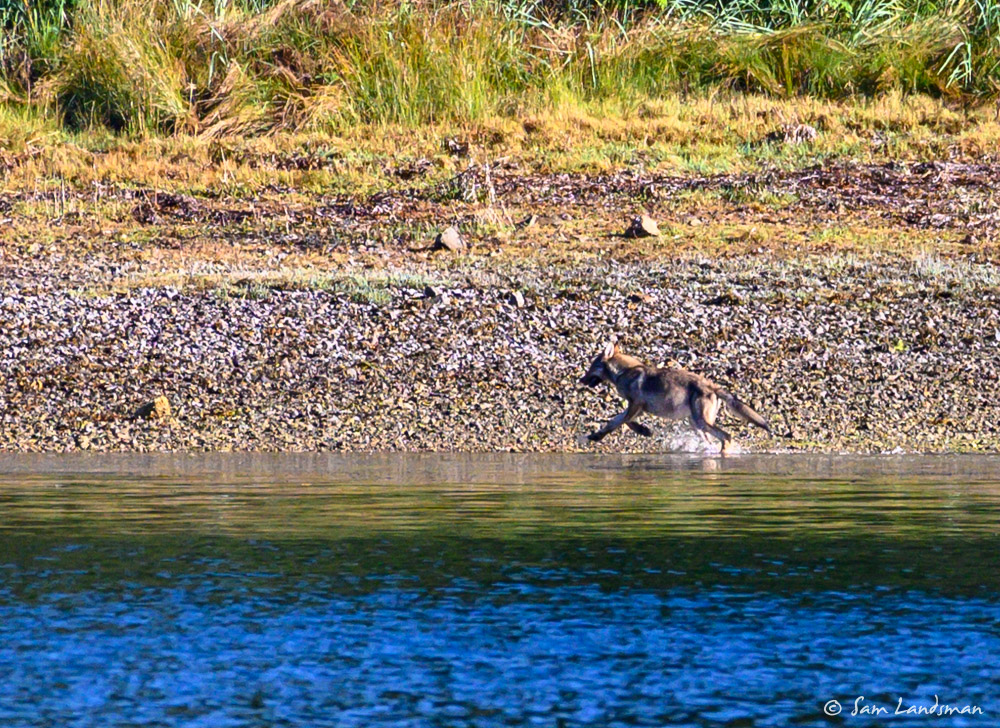 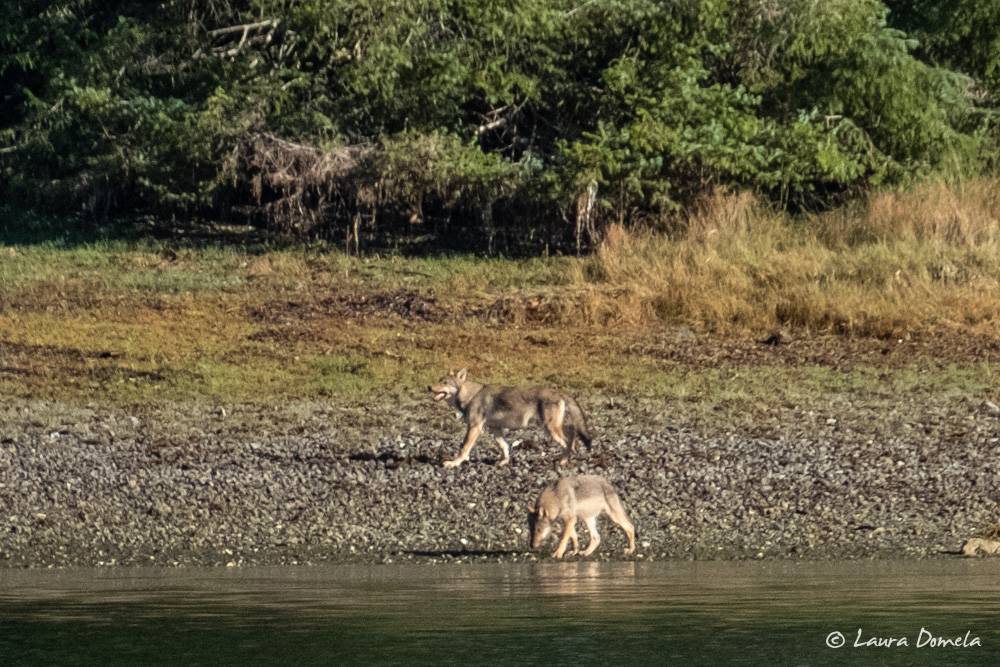 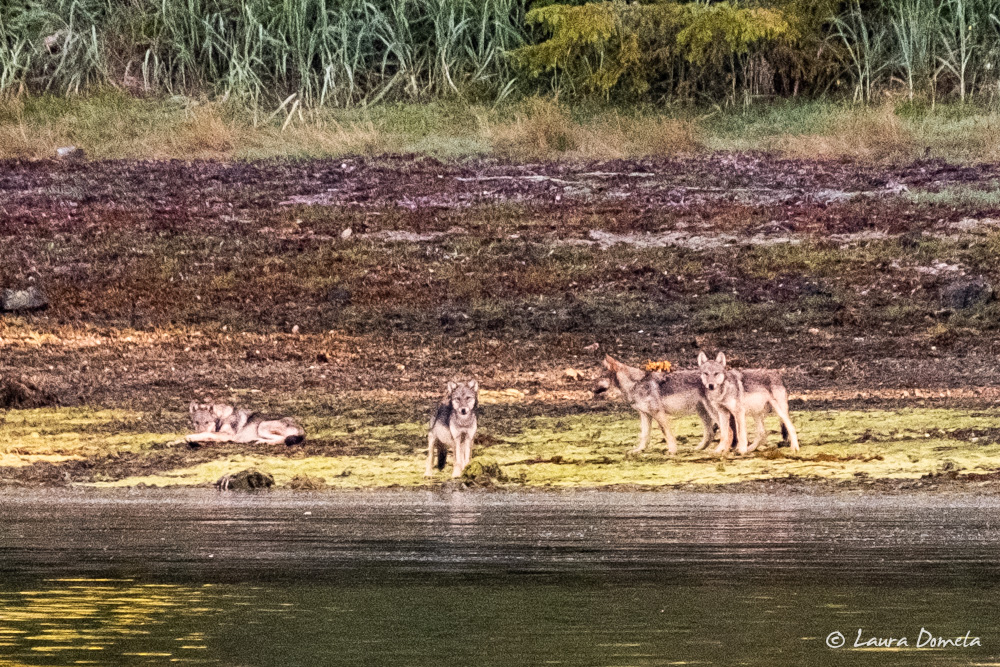 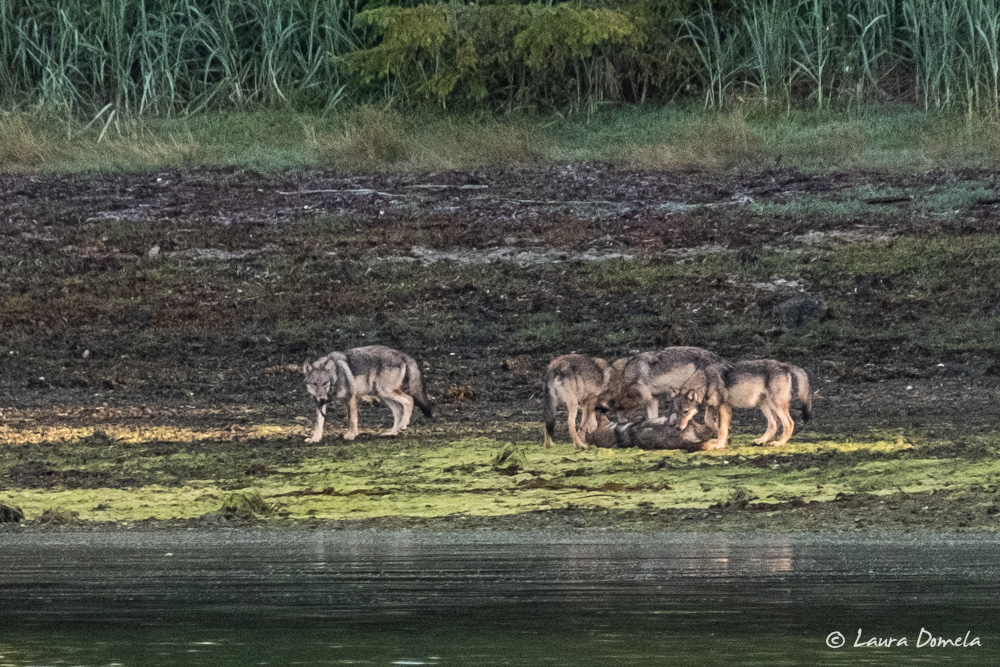 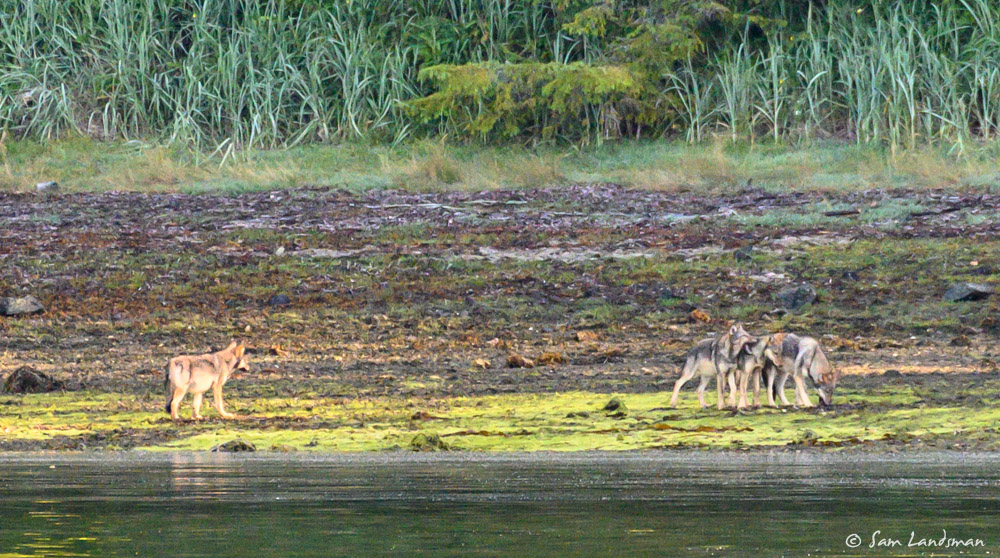 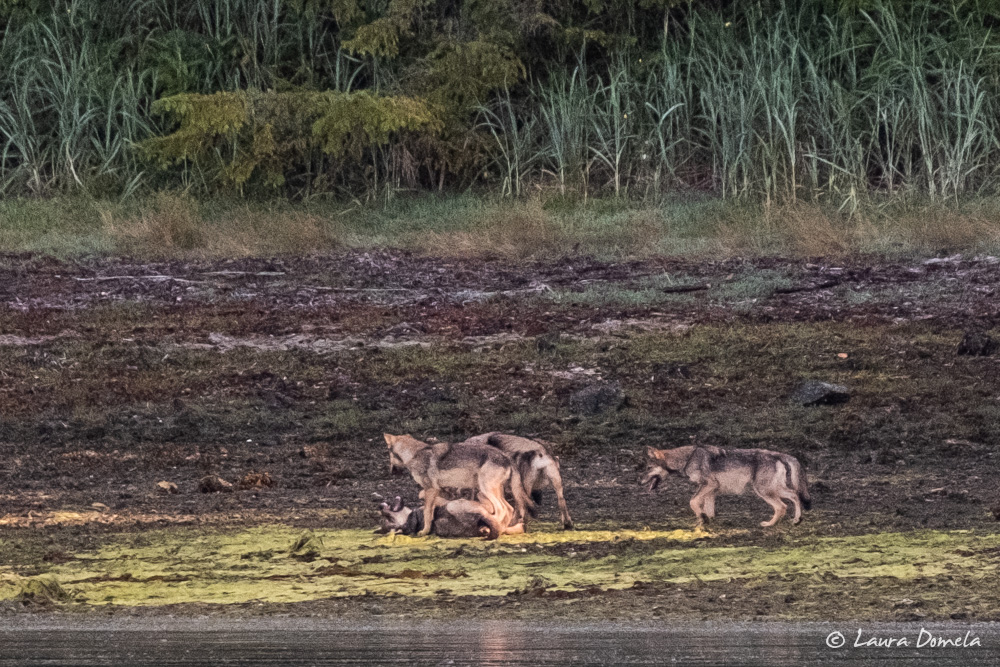 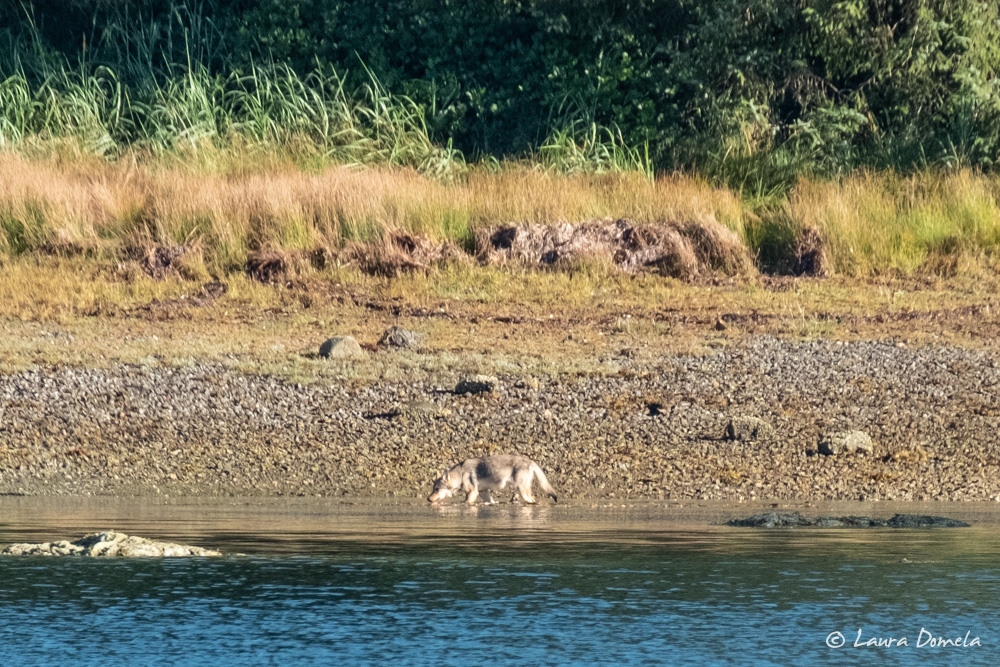 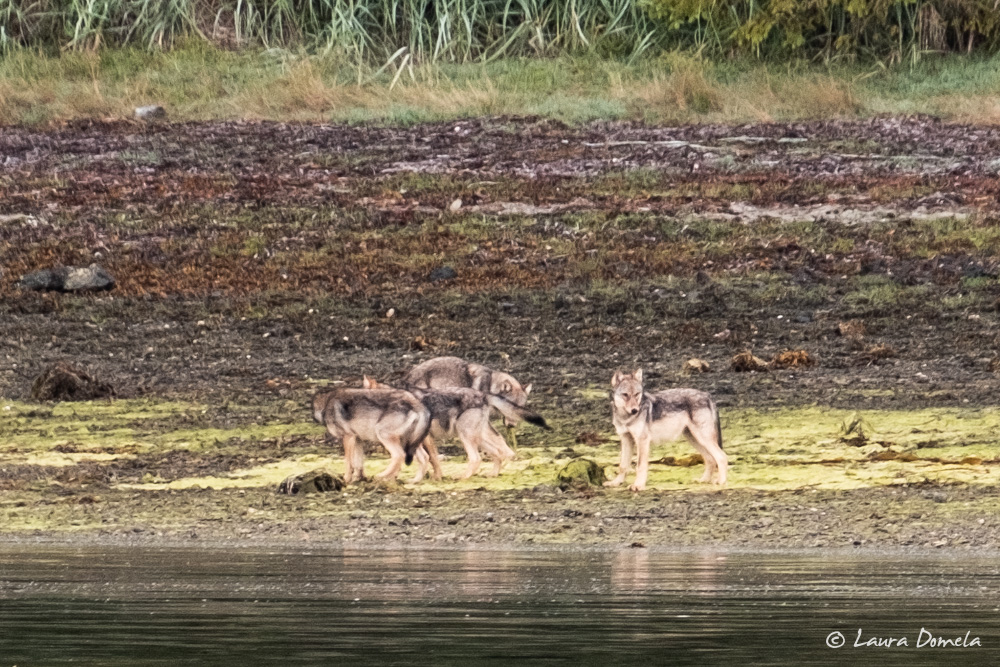 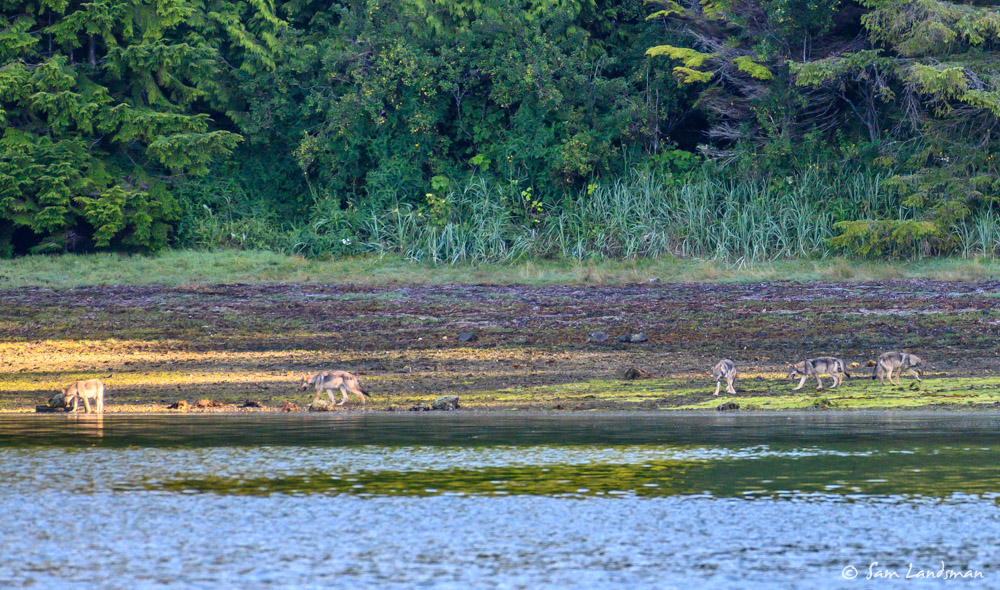 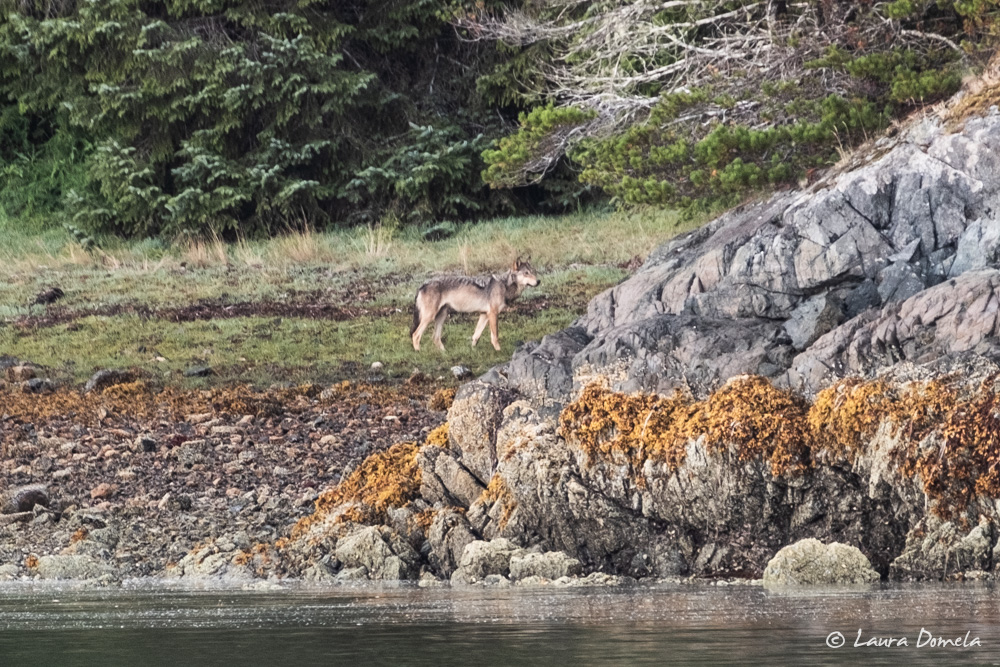 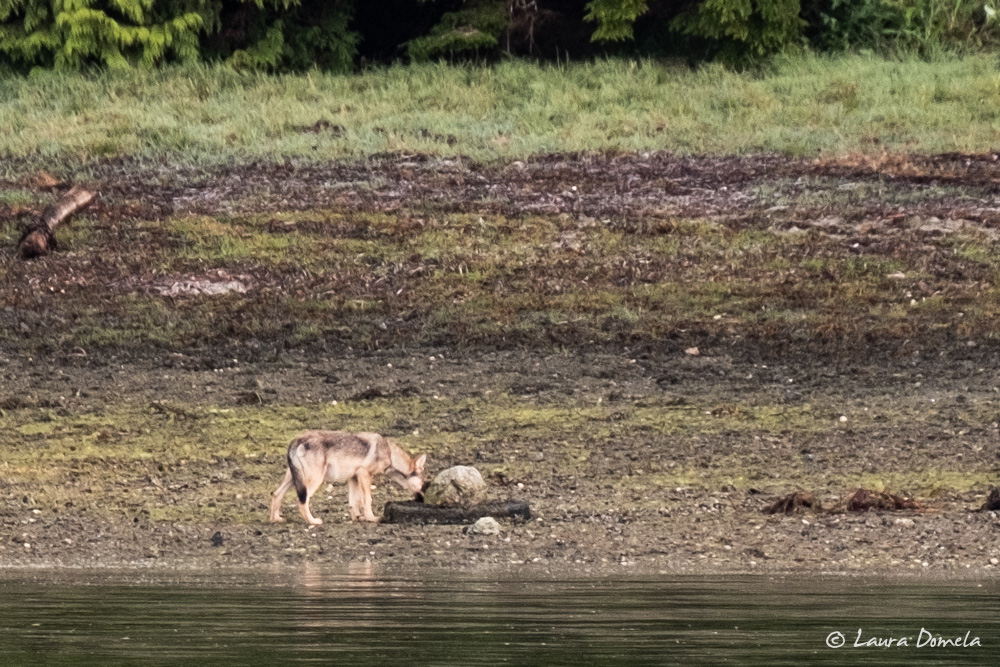 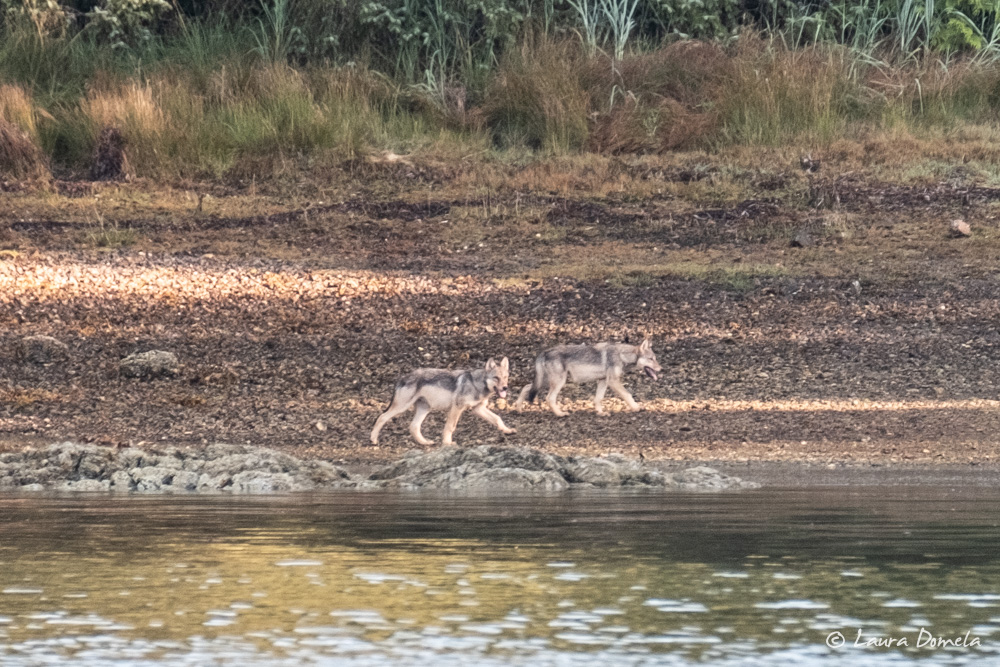 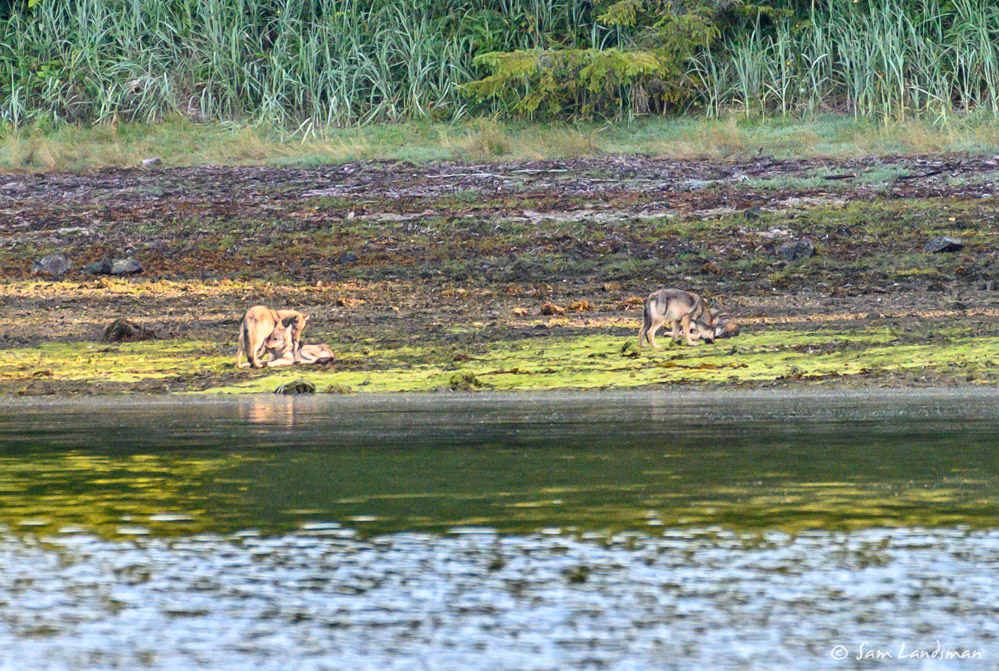 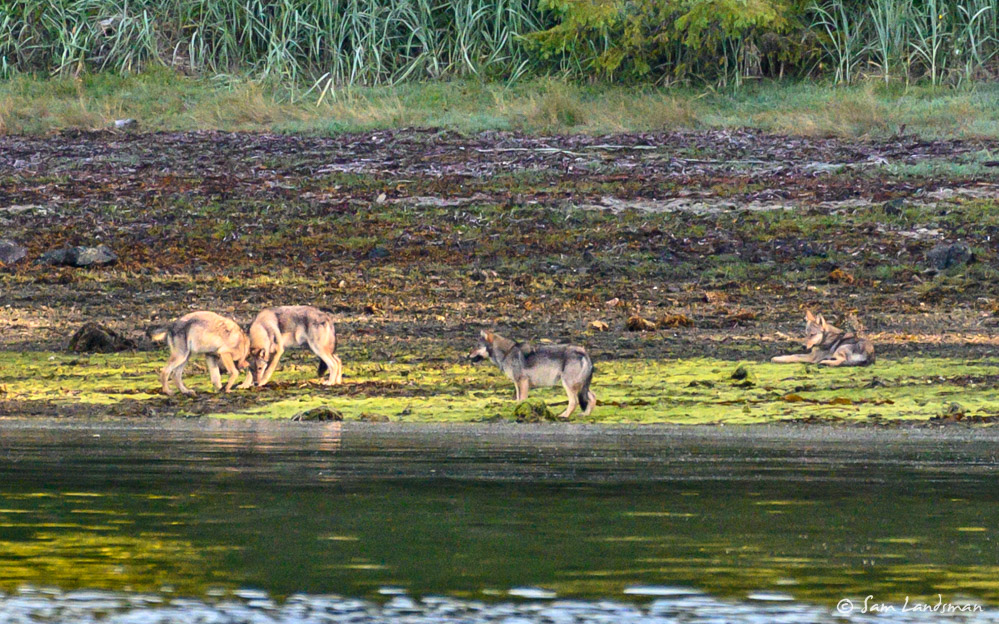 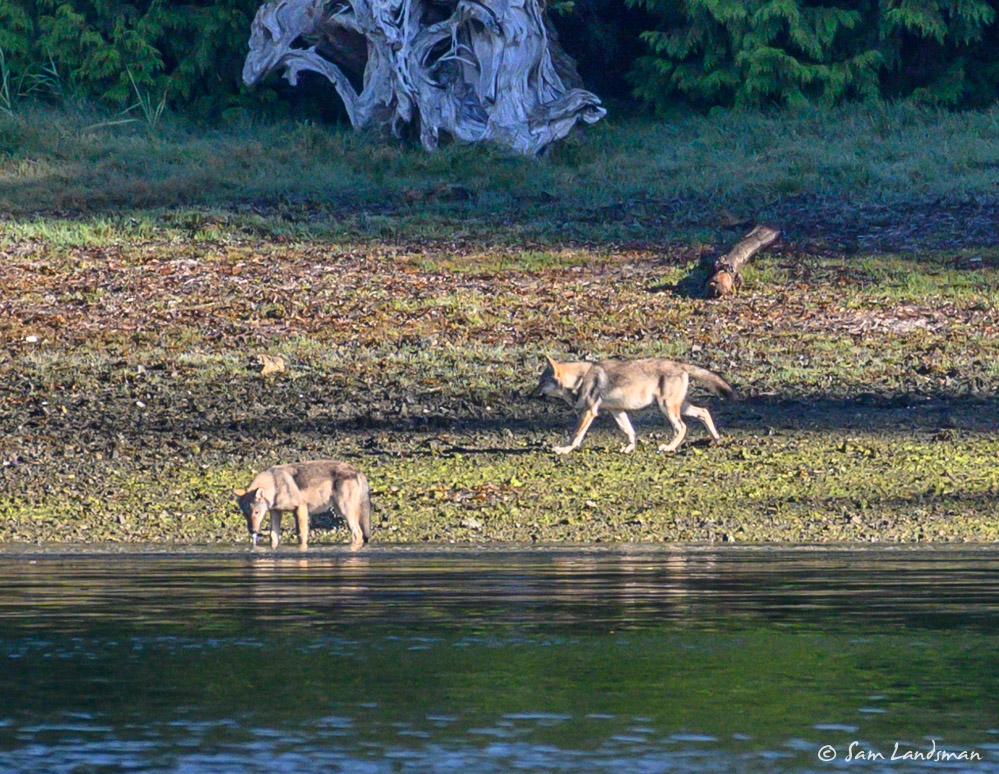 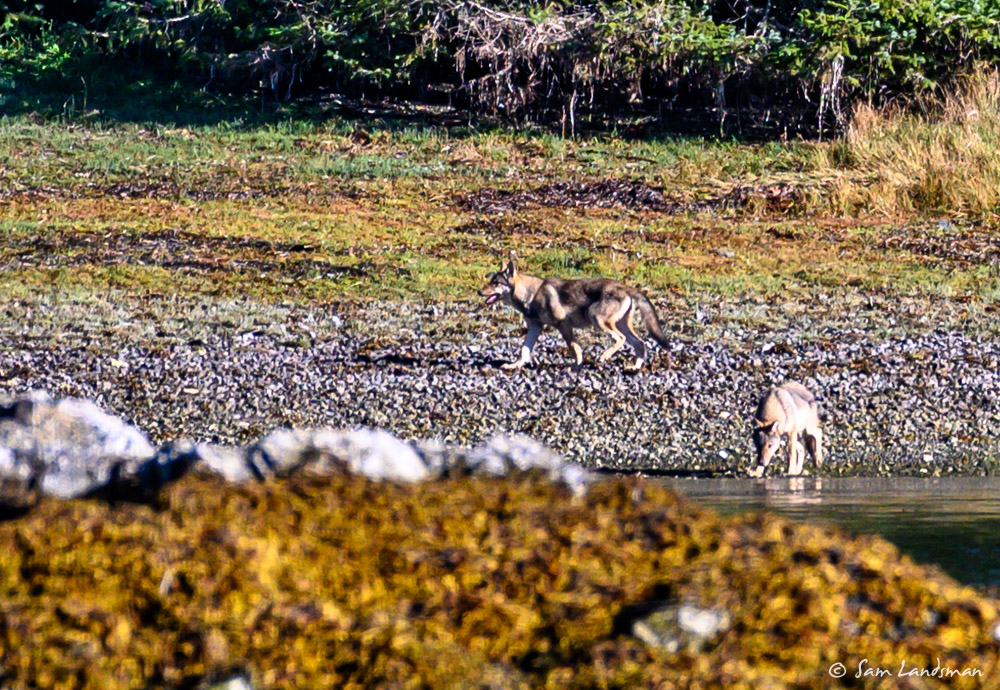 After the wolves left the beach we pulled anchor and headed into Esperanza Inlet. The weather was perfect: almost no wind, sunny skies, temperatures well into the 70s. We transited Tahsis Narrows and turned north towards Tahsis.

A couple of humpbacks greeted us in Tahsis Inlet. They weren’t too active at first, but eventually one of them began fin slapping, then breached. What a great day for wildlife! 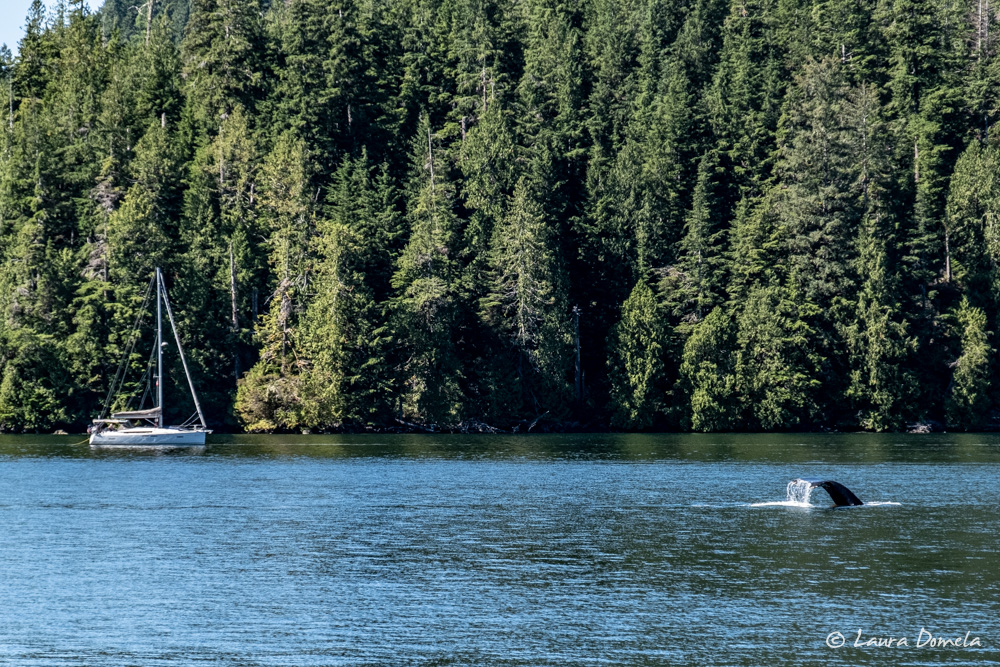 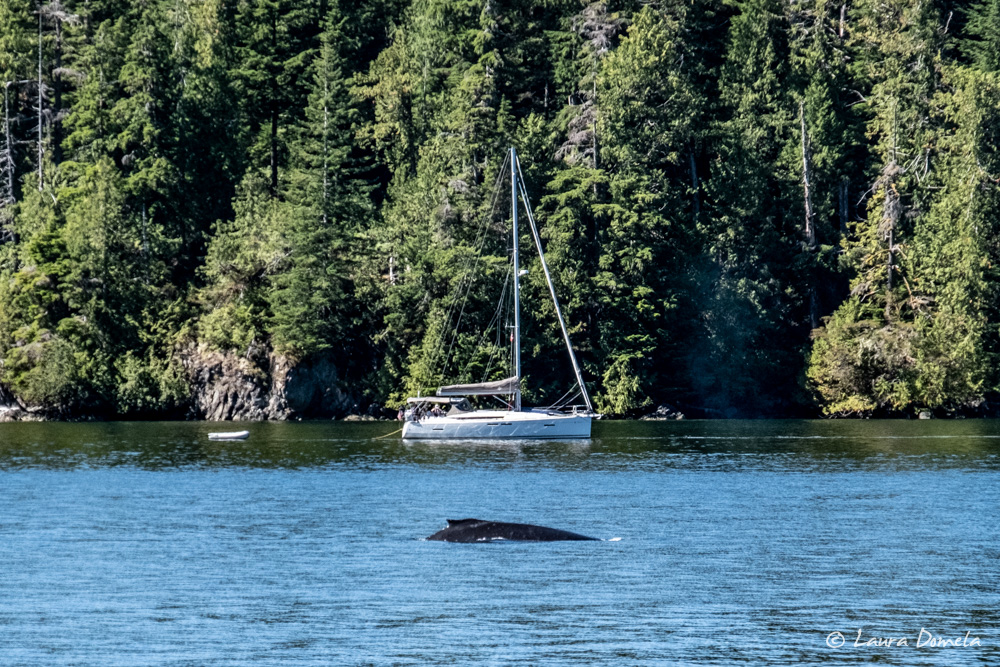 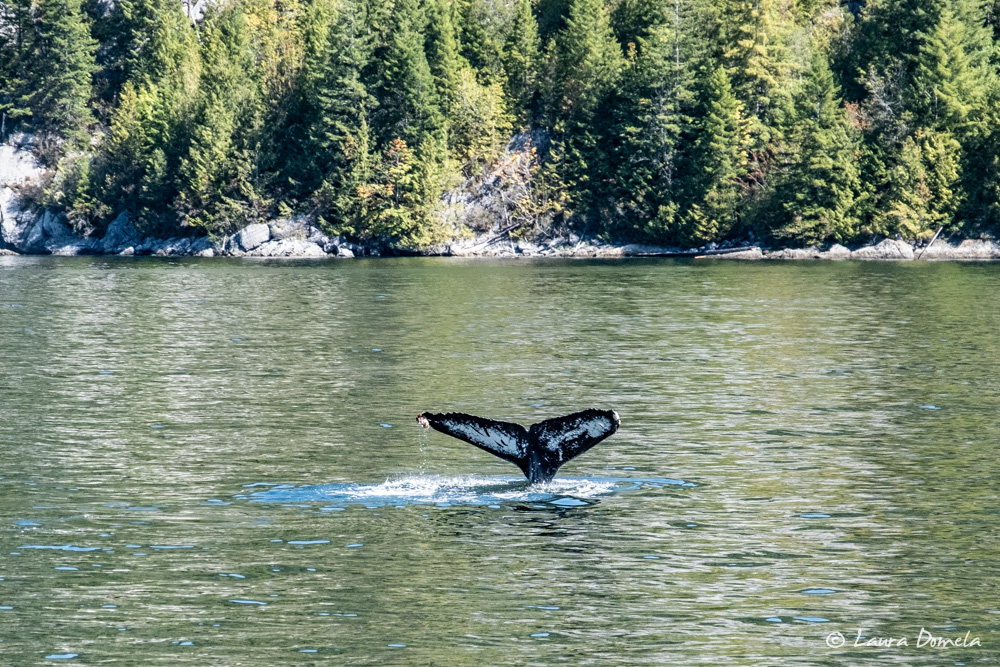 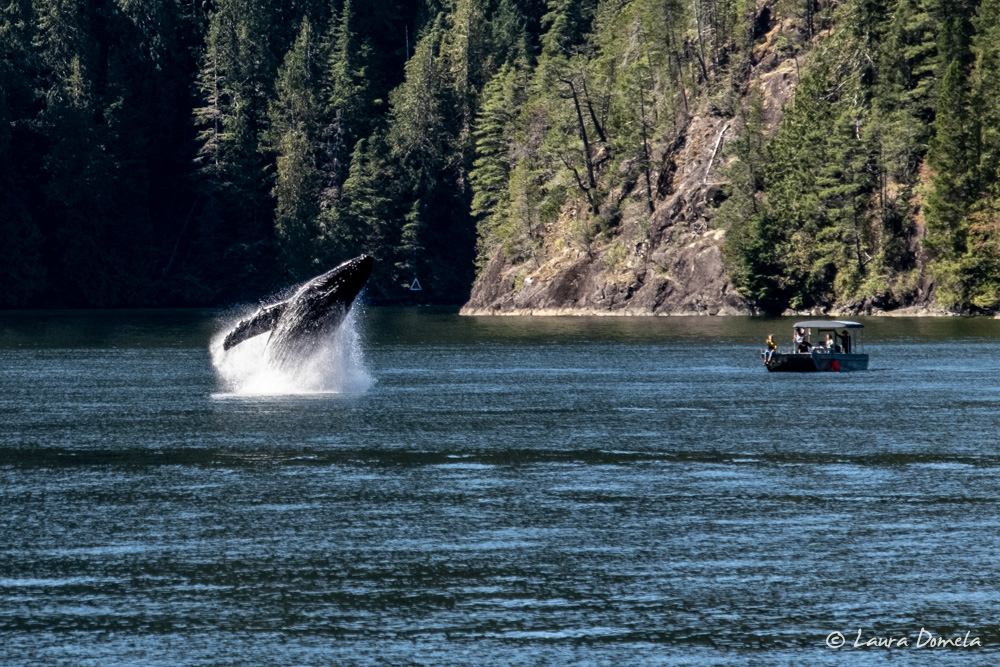 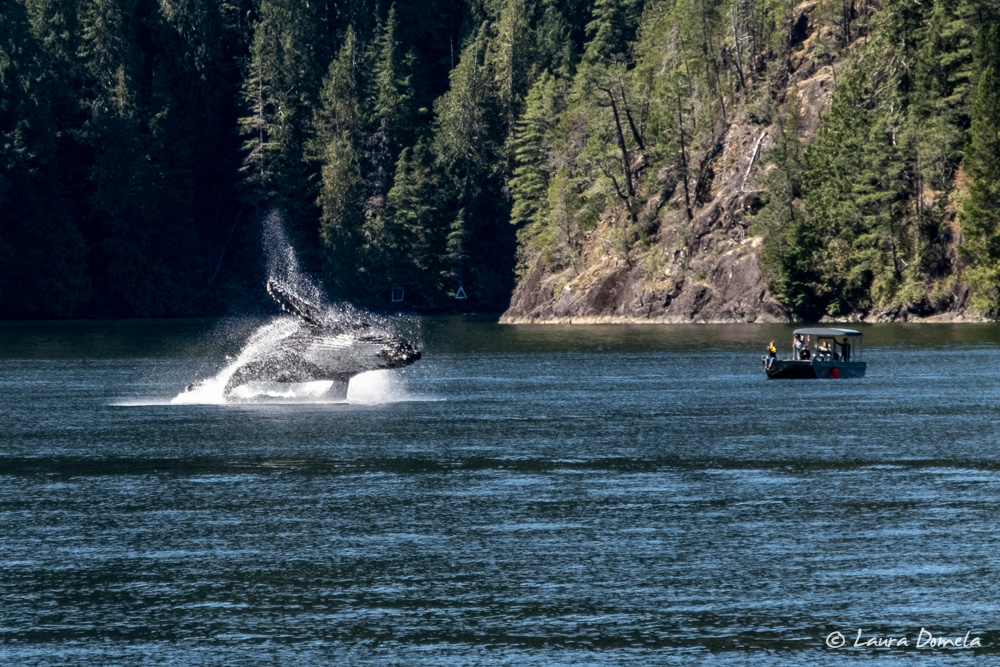 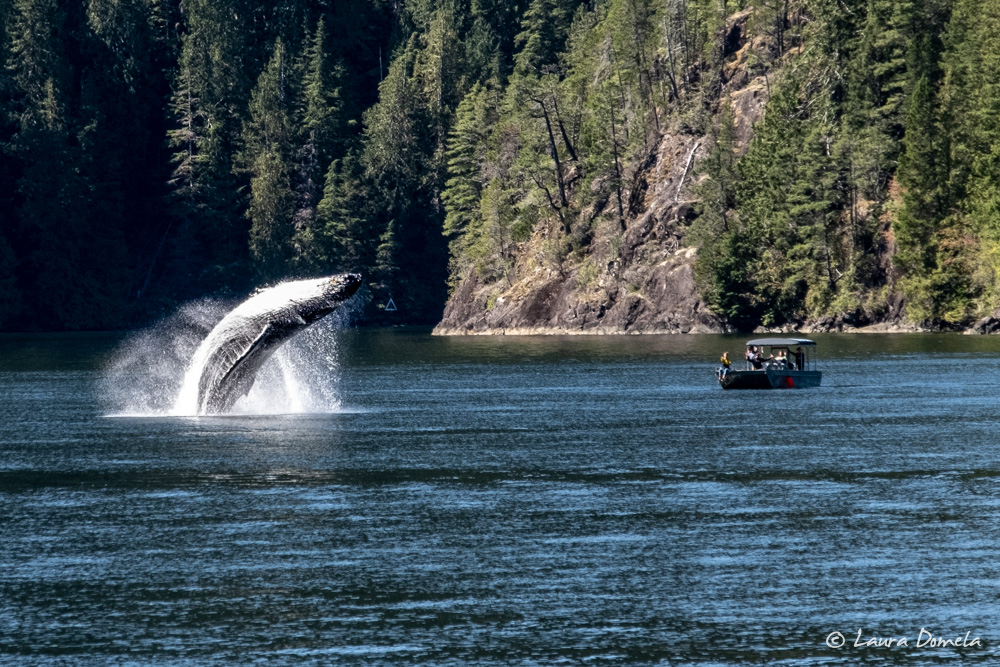 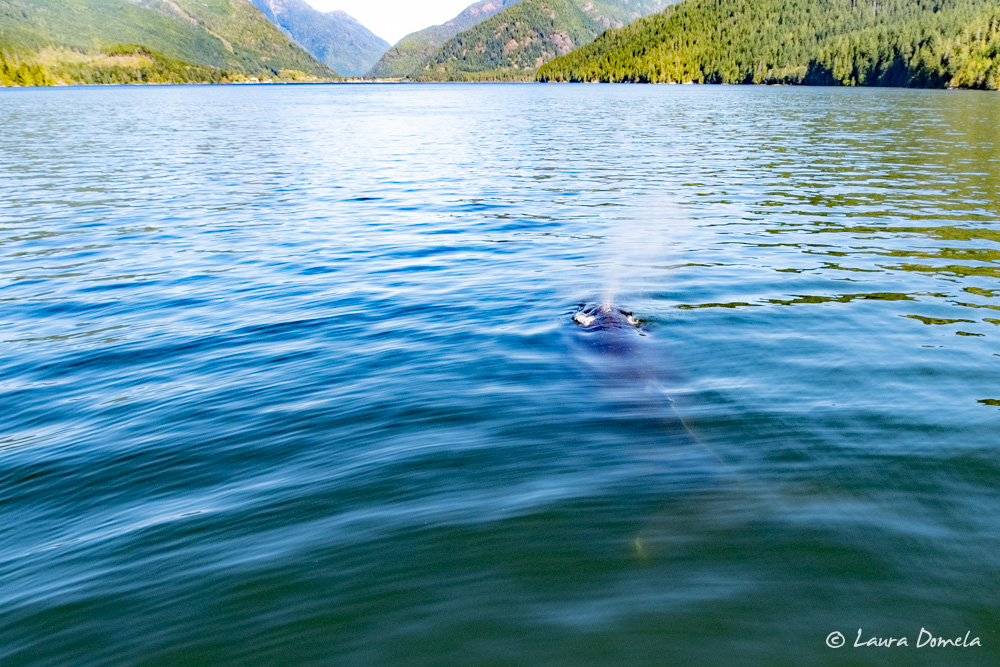 By about 1:00 p.m. we were all tied up at Westview Marina in Tahsis. We used the marina courtesy car to run into town, fill up propane, and grab a few groceries at the market. Then back to Westview Marina to relax on the docks, catch up on internet chores, and watch the fishermen return with dozens of halibut, salmon, and rockfish. 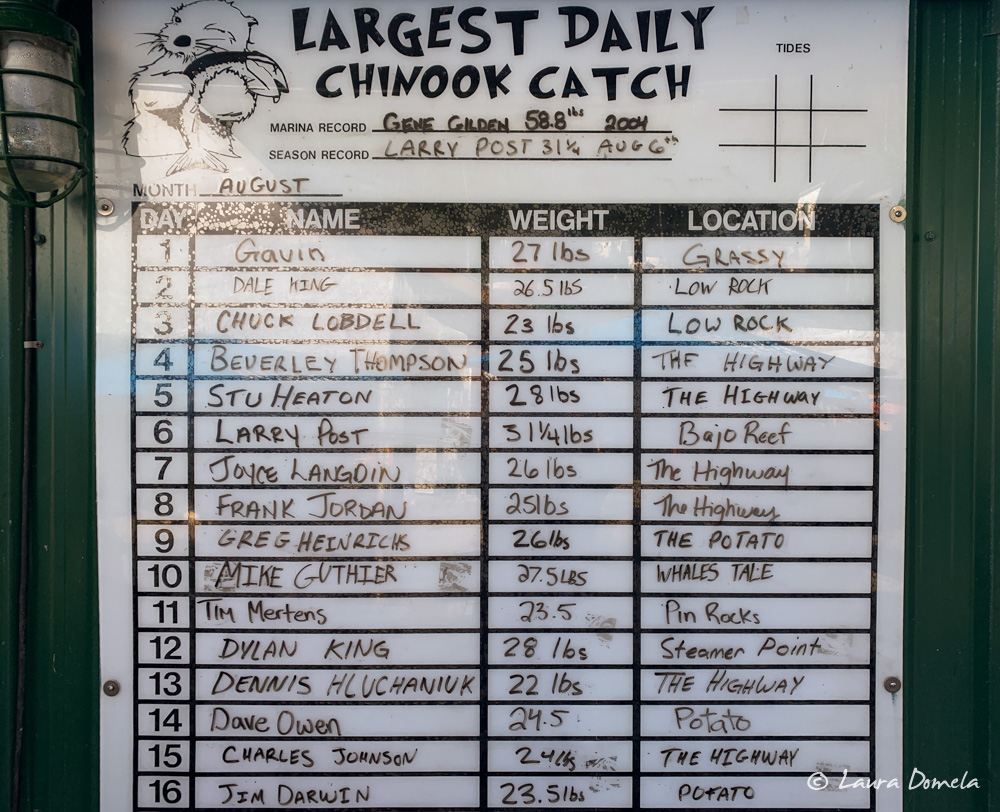 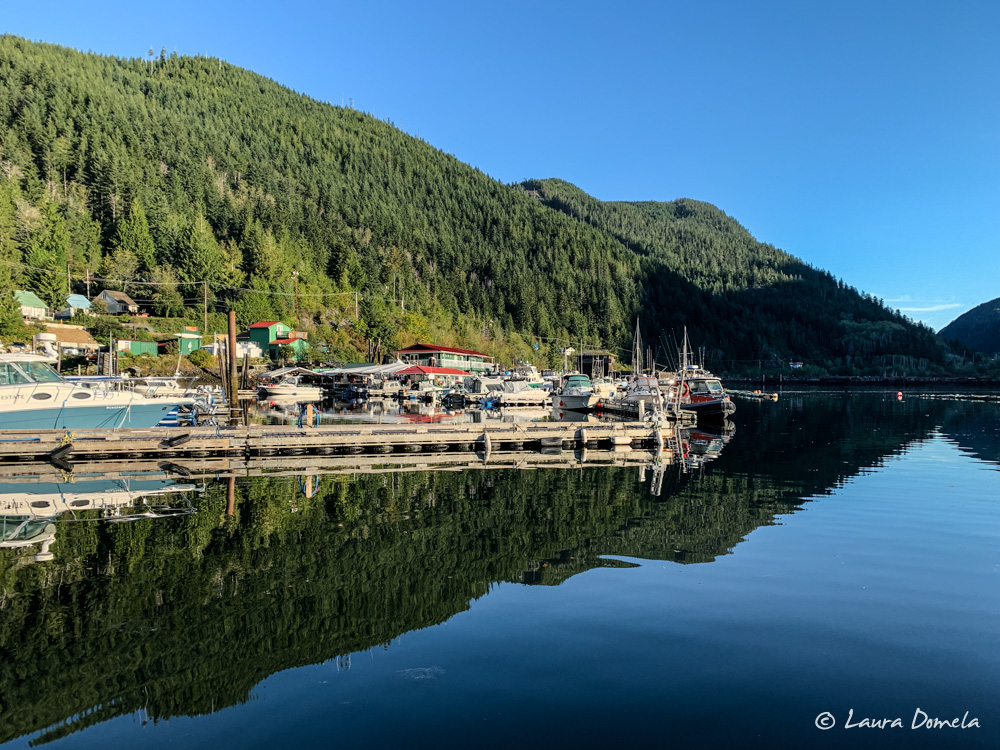 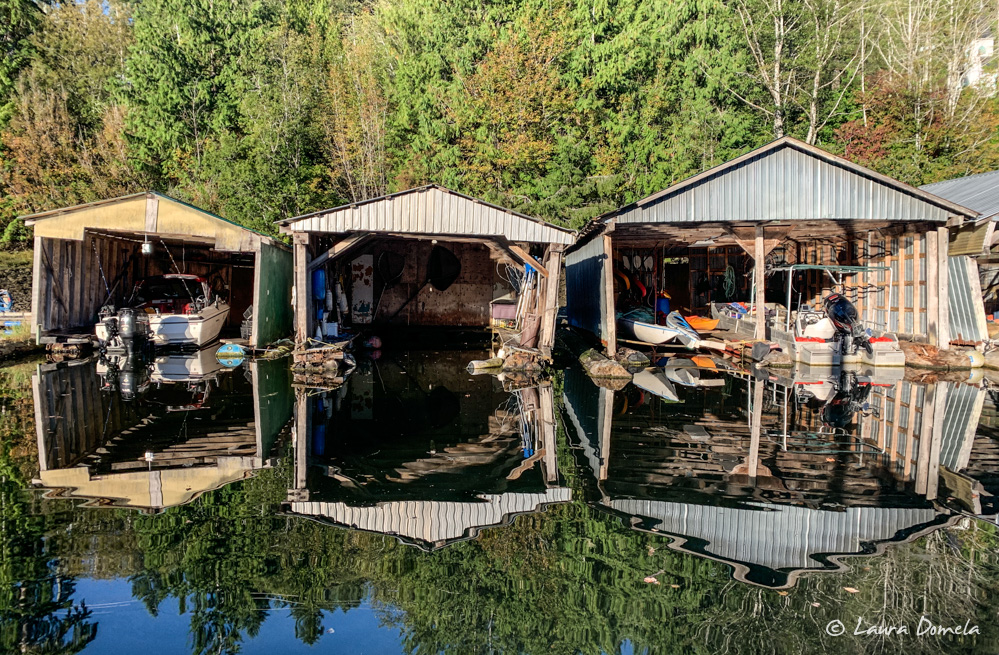 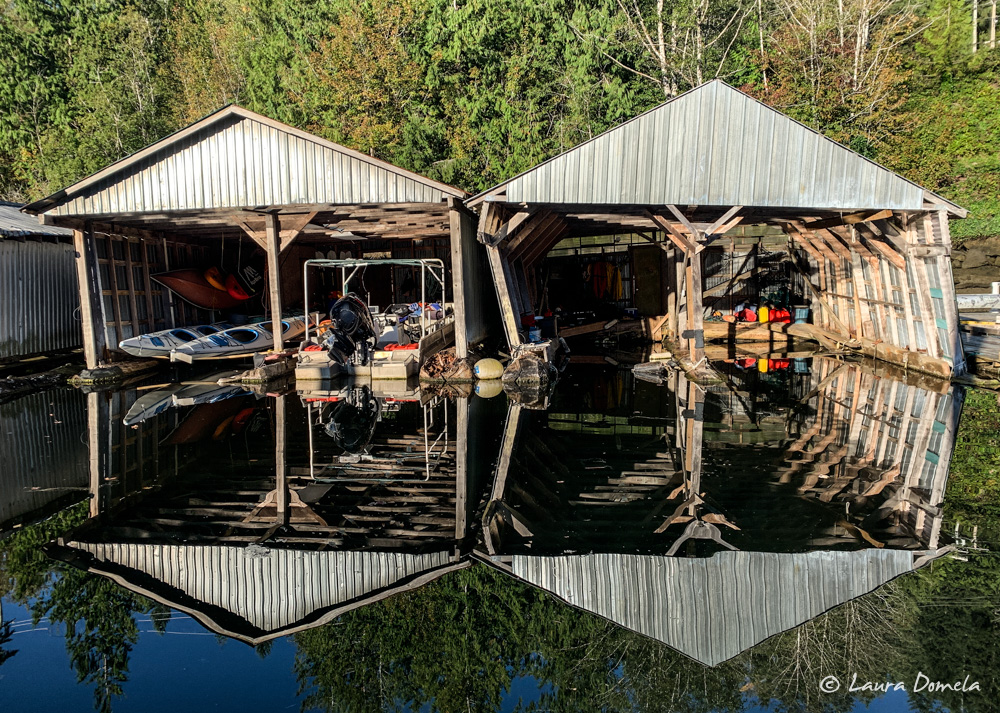 We met for a group dinner at the restaurant on the dock, and discussed options for the next few days. (We have some time to kill before rounding Estevan Point, so we’ll explore the Nootka Sound area until Sunday or Monday.) Another great visit to Tahsis! Thanks again to all the friendly folks at Westview Marina for accommodating us again this year! 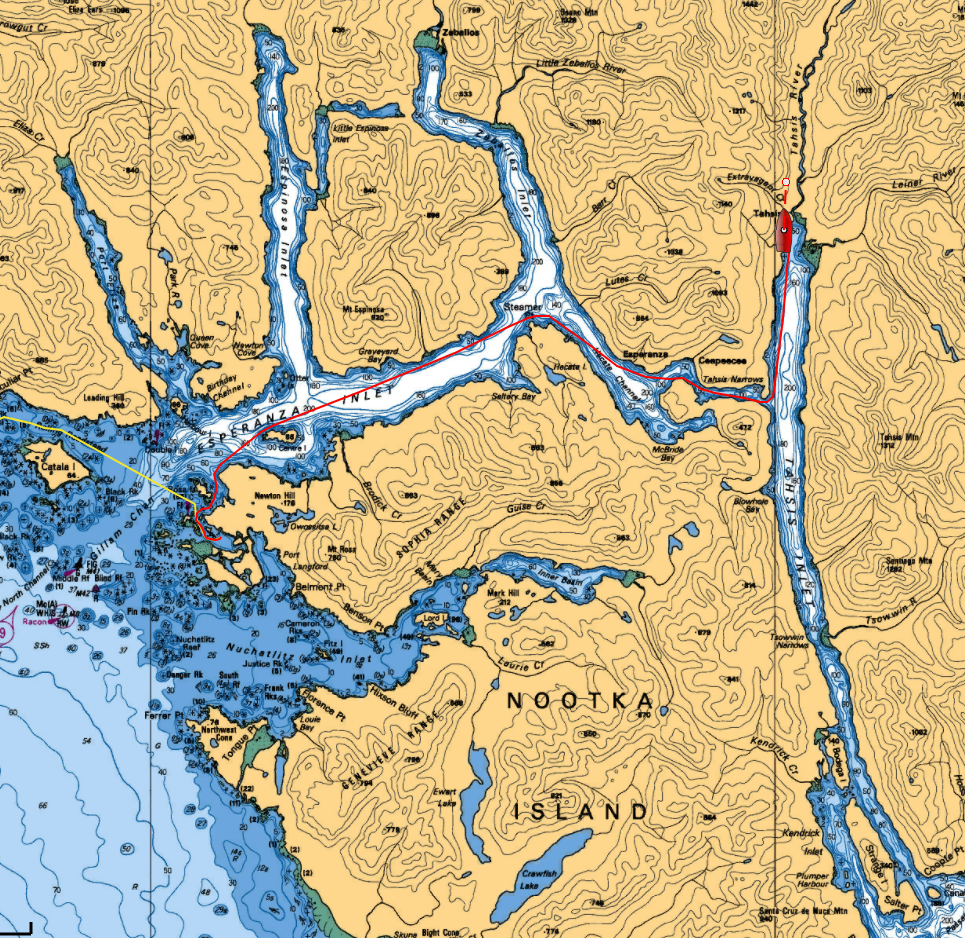