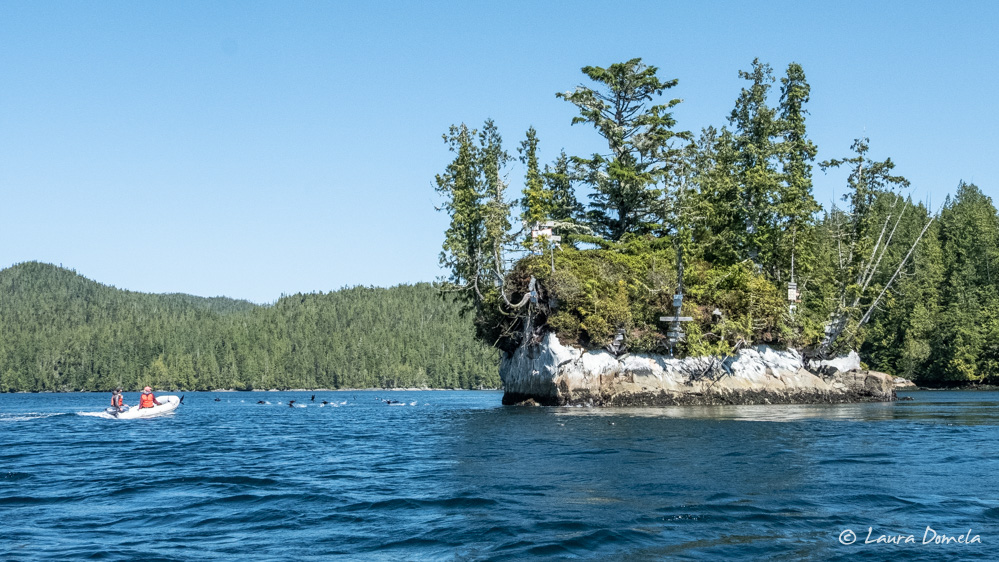 We’ve been watching the weather at Cape Caution for the last several days, and today looked ideal. Environment Canada predicted variable 5 to 15 knot winds. Windy showed gusts in the single digits until mid-afternoon and seas of just two feet. Tomorrow looked just as good. We’d originally planned to spend another night north of Cape Caution. But when the weather looks perfect, why wait for it to possibly get worse?

The whole day was foggy, but much of the time visibility was a mile or two, enough to ease the radar watching slightly.

In our view, fog is a very good tradeoff for calm seas. And the seas were wonderfully calm, even as we passed the entrance to Nakwakto Rapids during the ebb.

Skull Cove is a small but delightful anchorage. Nearby Alison Harbour is better known and much larger, but we don’t think it’s as charming as Skull Cove.

We found just enough room for each boat to anchor, then set off in the dinghies for the 5nm run up to Nakwakto Rapids. We’d be there near slack, a perfect time to see Tremble Island up close.

One of the great things about Skull Cove is the nearby scenery. The coast here is rugged and weather-beaten. Exposed trees grow at an angle like they’re retreating from the wind, bare of branches on the side that faces the prevailing weather. The ever-present Pacific Swell has carved intricate passages along the shoreline.

After a couple hours in the dinghies, we found the fog bank hanging just offshore from Skull Cove, which deterred us from further exploring. We returned to the boats, relaxed a bit, then met for a group BBQ dinner on the raft. 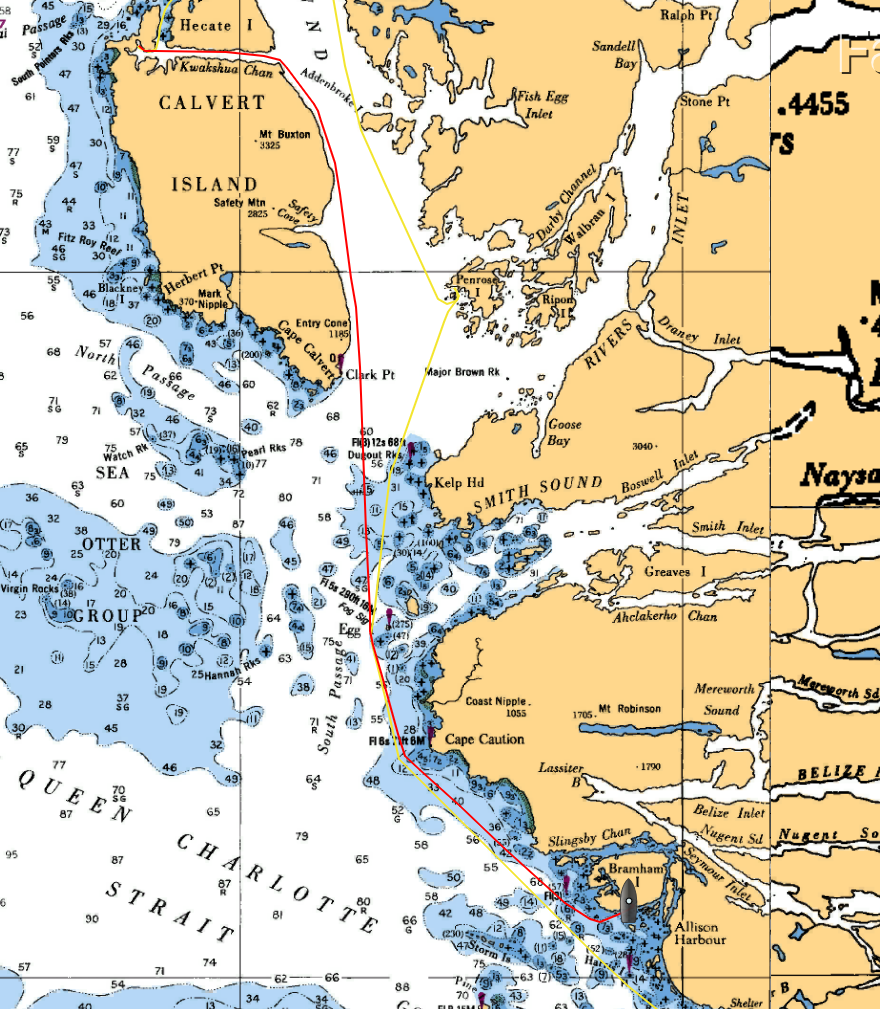