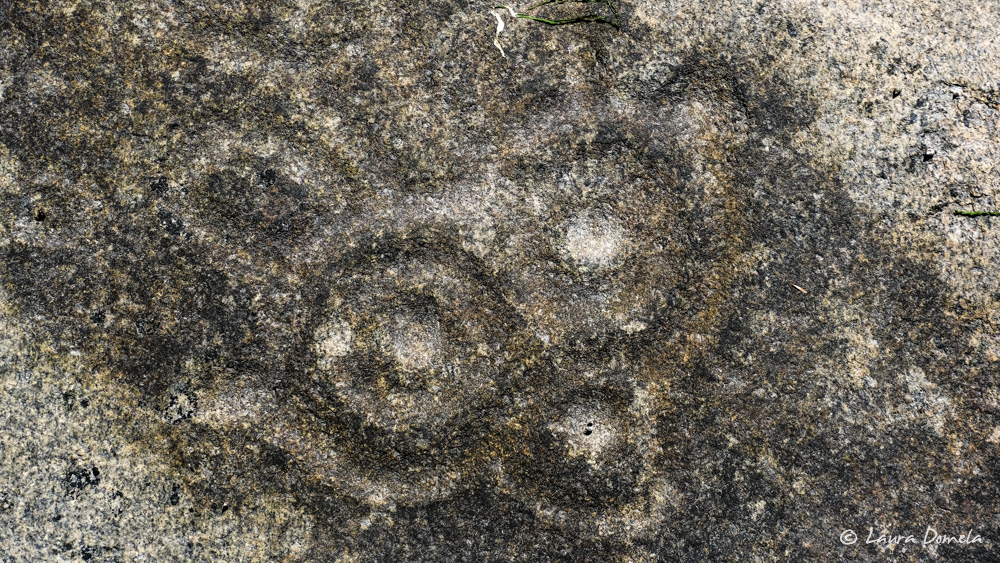 Sharp-eyed readers may be wondering why we’re continuing down Johnstone Strait since this flotilla was set to end in Port McNeill and the next one is leaving from Port McNeill. Part of the reason is we need something to do for the next week. Part of the reason is that one of the boats we’re with is heading home after this leg, they haven’t transited the “five rapid” route before, and they thought it would be nice to do with experienced people the first time. And part of it is because we’re going to pick up one of the participants for the next flotilla in Campbell River (they wanted some extra help transiting the rapids and Johnstone Strait for the first time).

Current in Johnstone Strait can be a blessing or a curse. Running with us (and not against the wind), the current can nearly double our speed over ground. Running against us, progress seemingly halts. Traveling east/south, we hoped to ride the flood, but Canadian Hydrographic Services predicted no flood today. The tide is still going up and down, but the current appeared to be either slack or ebbing all day, a bizarre phenomenon that happens from time to time on Johnstone Strait. Lacking a flood to ride, we figured slack would be the next best option, which meant leaving around 6:00 a.m.

(A note about currents in Canada. Most of the apps that display current use NOAA data. NOAA data sucks for Canada, but it’s free. The much-more-accurate Canadian Hydrographic Service (CHS) data is apparently expensive (or more expensive than free). The only way we know to electronically show CHS data is through Rose Point Coastal Explorer’s $99 a year subscription to CHS raster or vector charts. Today we experienced very little current, as CHS predicted, but the Navionics app which probably uses NOAA tide and current data showed we’d have a 2-3 knot boost.)

Not too long after we left Alert Bay early this morning, we spotted another pod of orcas in the distance. They were playful, and had at least two two babies in the group, but the babies were zipping around so fast we never could catch a good shot of their little dorsal fins.

We motored along in the fog for a while, but with very little current as we mentioned above. But the fog eventually cleared completely and the water was downright glassy much of the time.

We all found space on the small dock at Port Neville, and walked up to see the log building built by Hans Hansen in 1920 as his family home, which also served as the Port Neville Post Office and general store until around 1960. 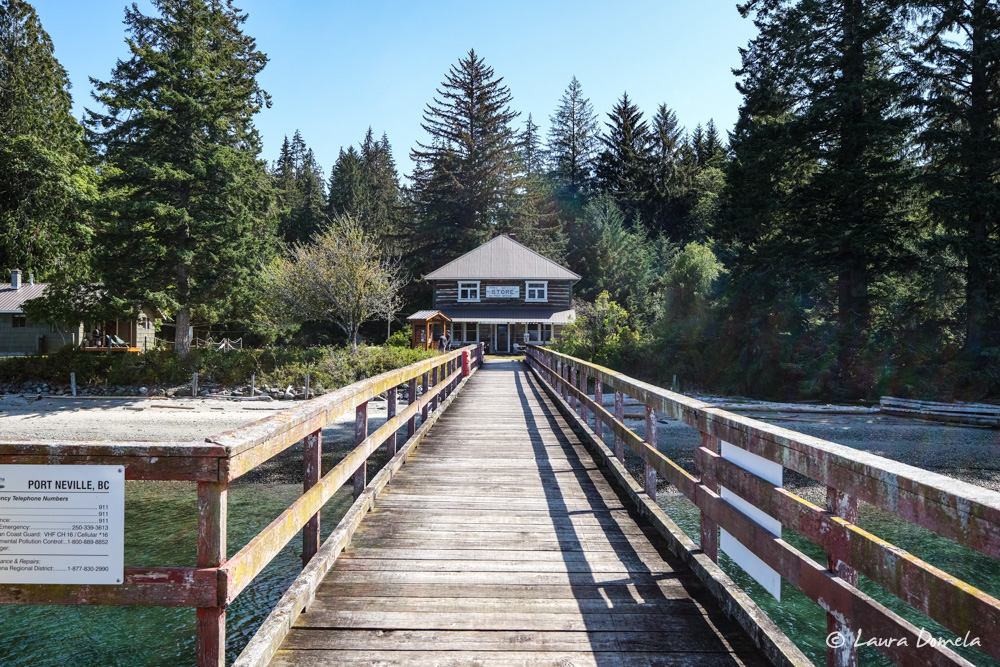 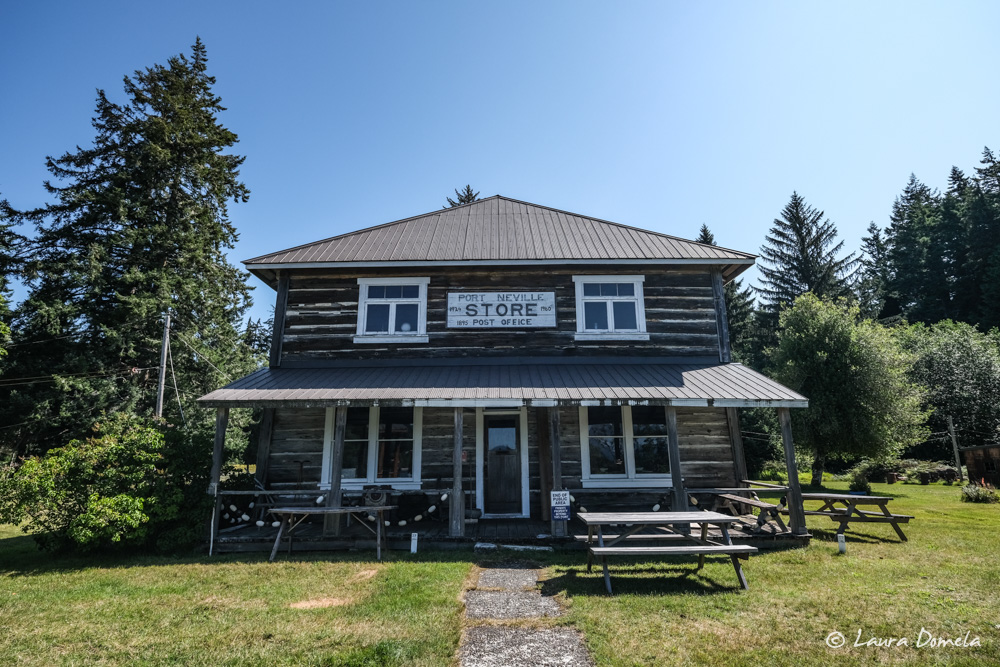 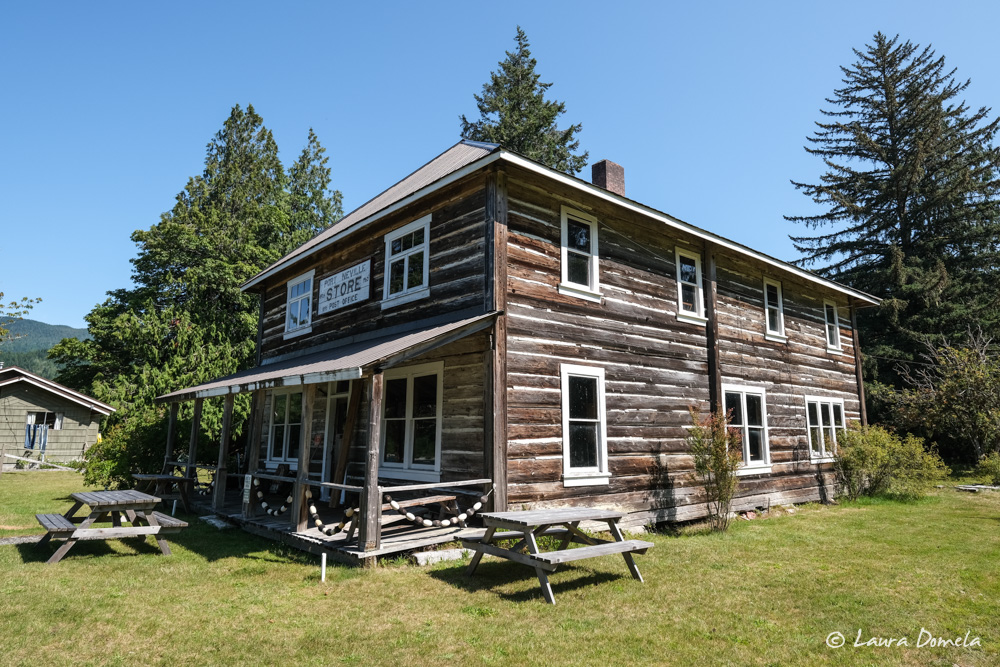 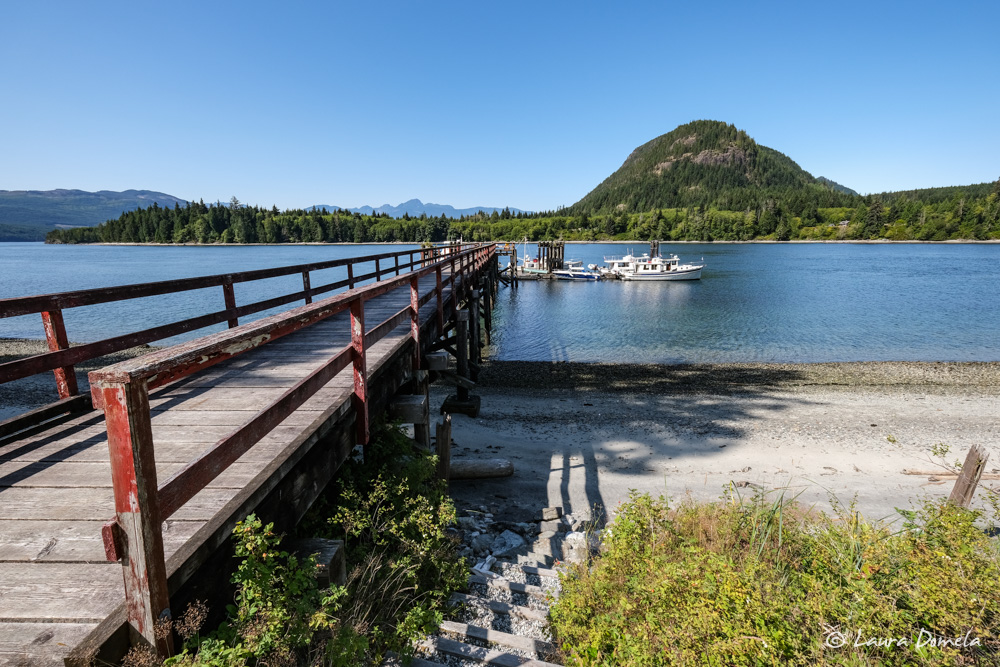 After the quick walk on shore, we got in the dinghies and headed further into the bay to find the petroglyphs at Robbers Nob. On the shore just before Robbers Nob, we spotted a big black bear on shore and went in for a closer look. 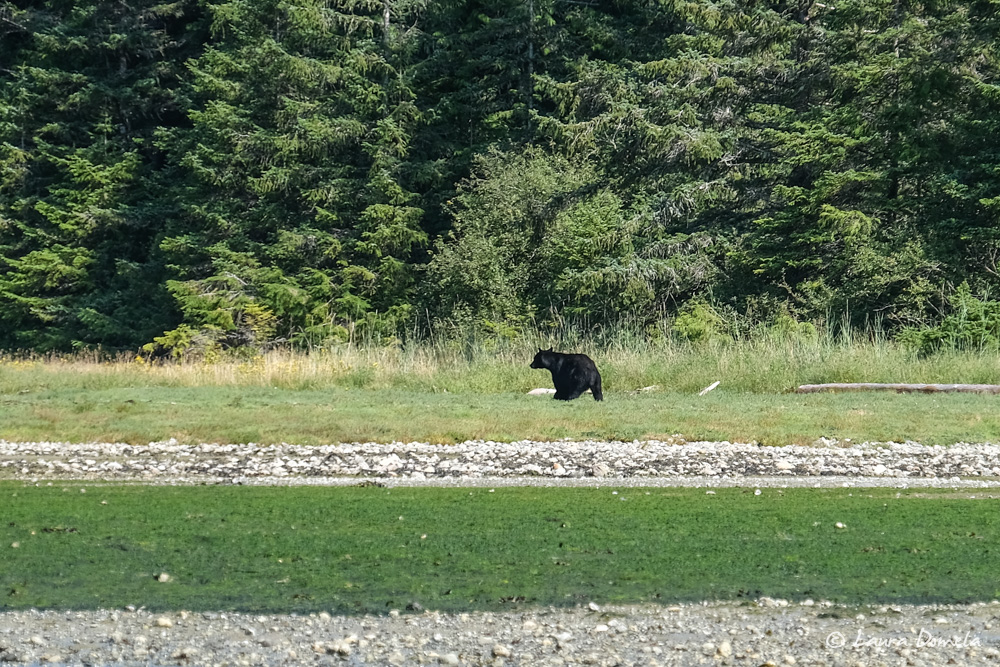 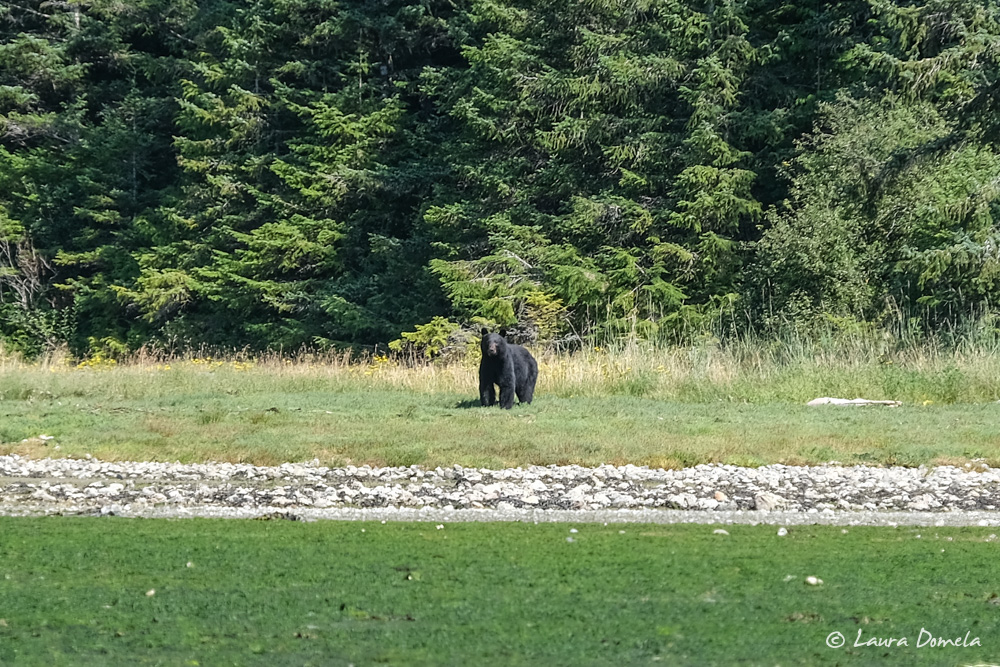 Over at Robbers Nob, we pulled the dinghies ashore onto some gently sloped rocks and set out to find the petroglyphs. 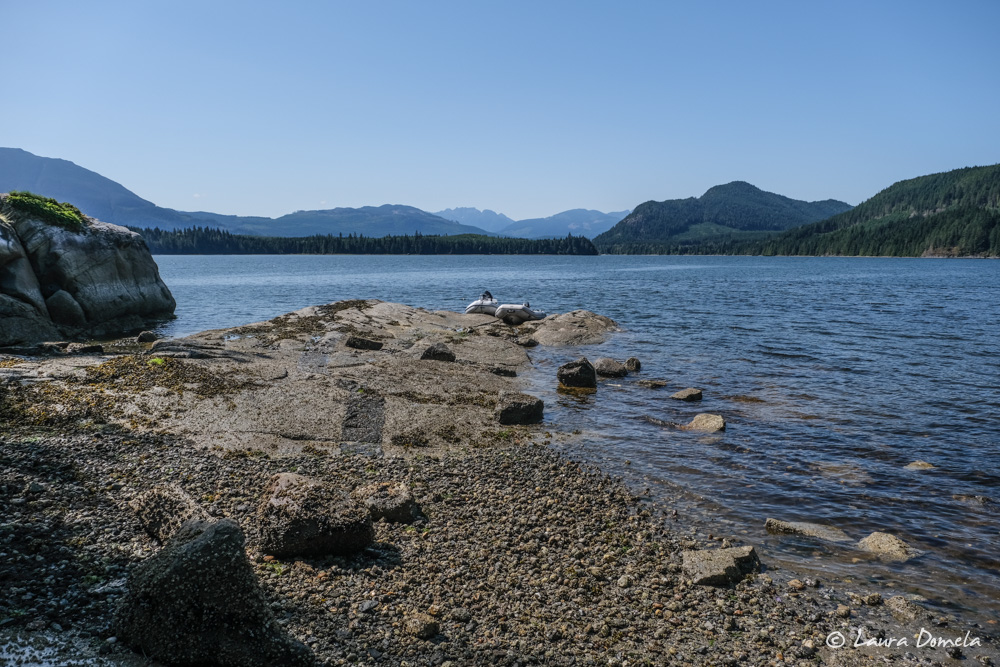 They were not difficult to find at all, and even with bright overhead sun we could see quite a bit of detail. 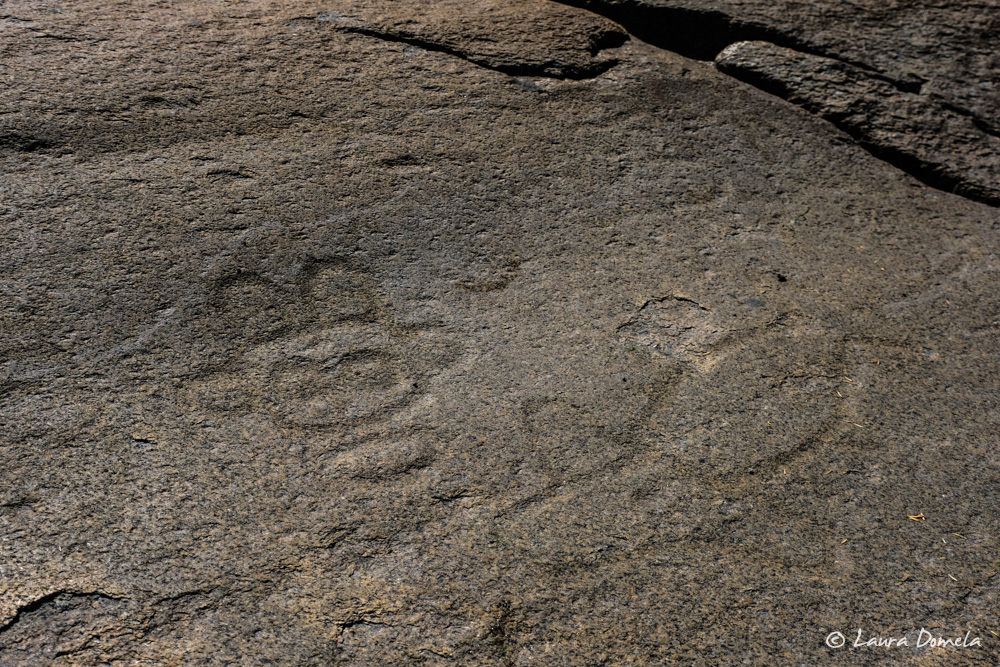 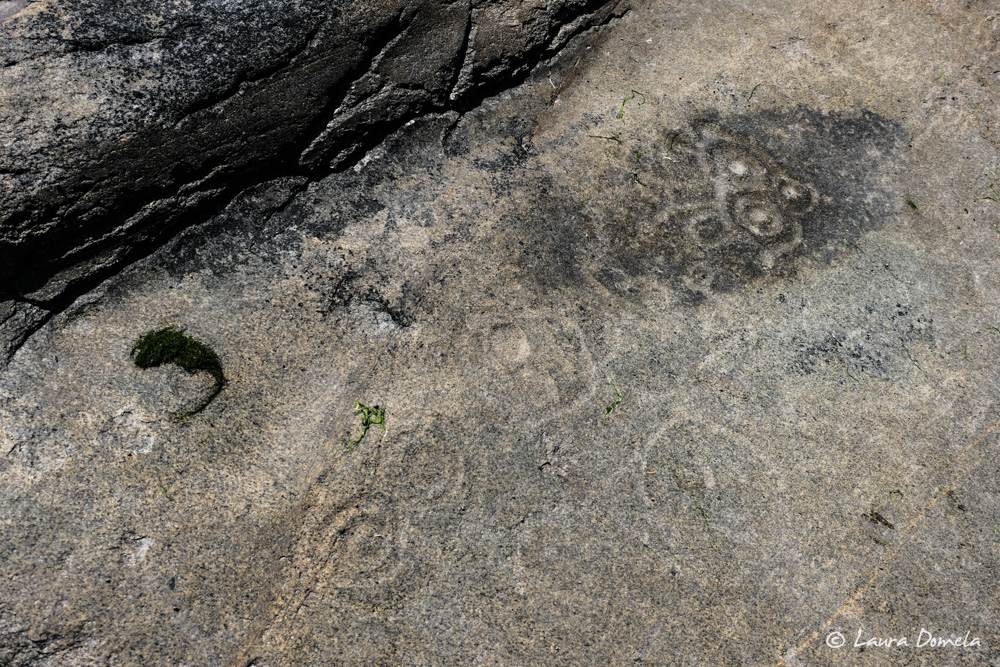 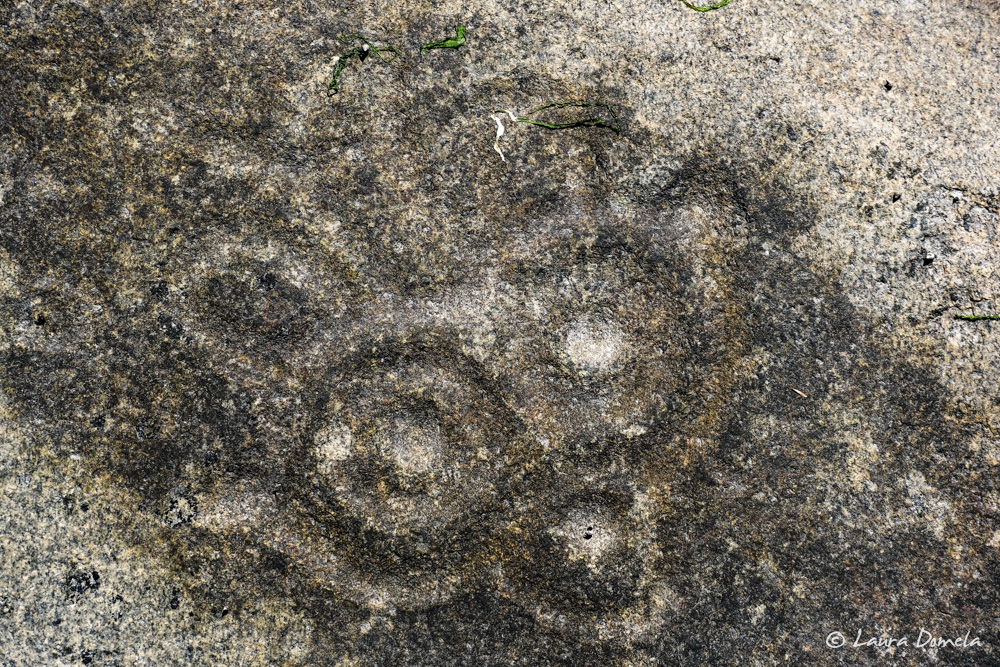 The natural straight-line inlay in the stone was impressive, and spanned about a hundred feet in the rock on shore. 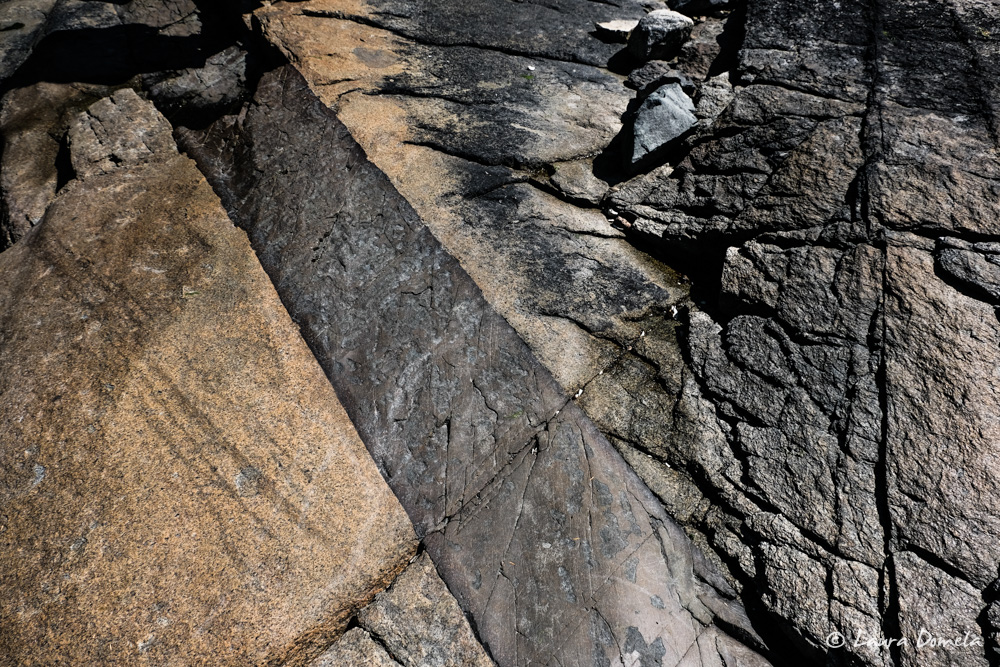 After our petroglyph outing, we headed back to the boats for a little down time. 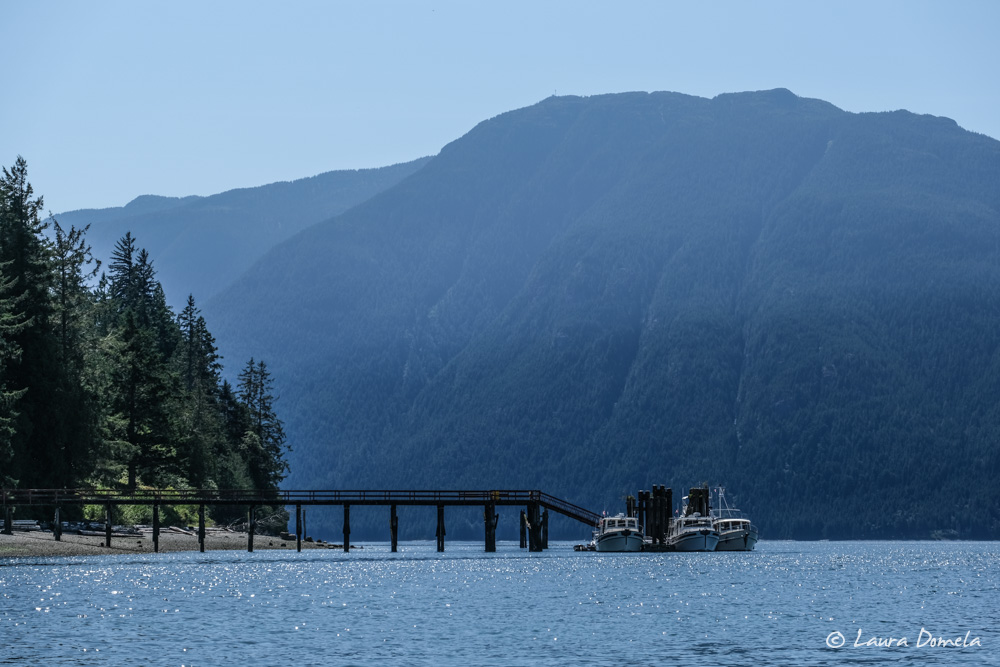 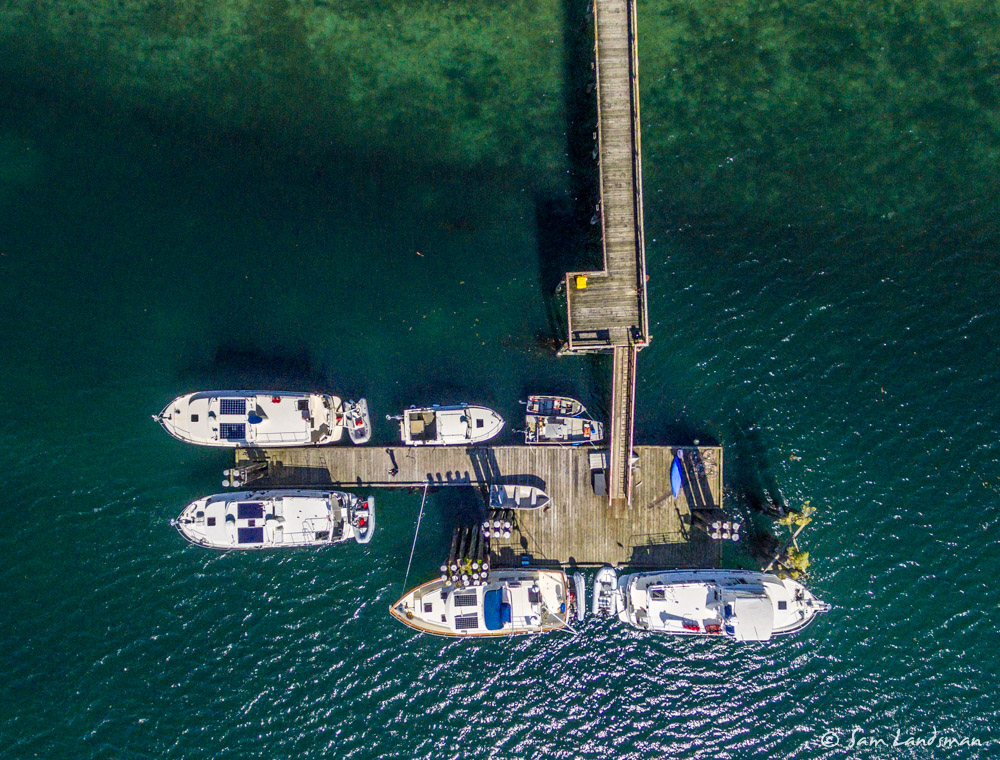 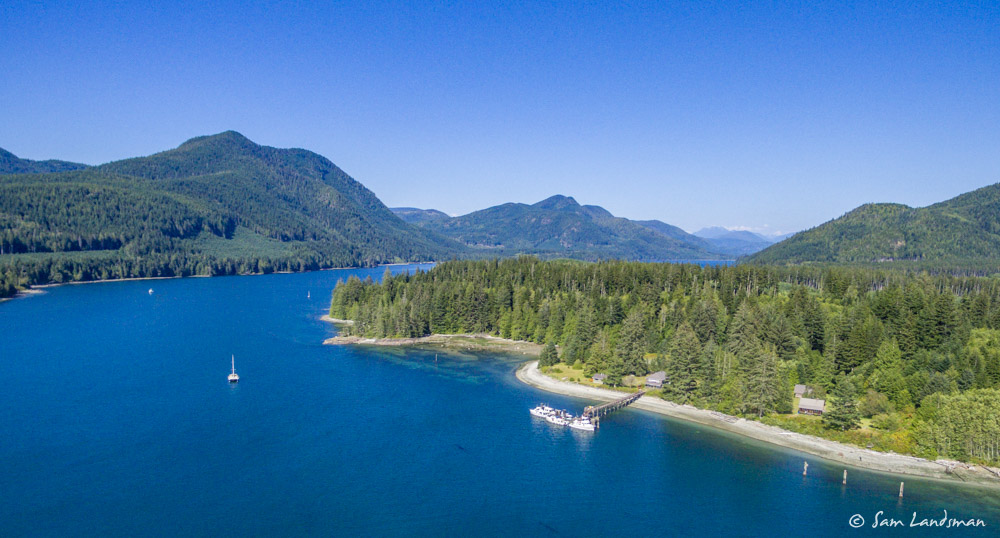 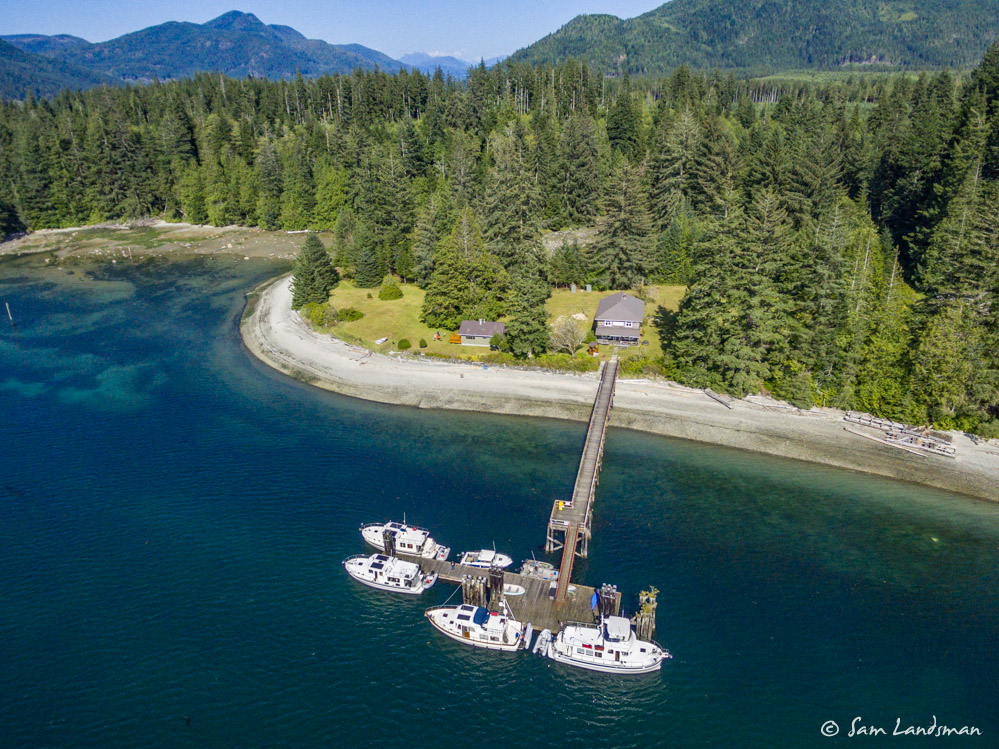 Dinner tonight was pasta potluck (penne, gnocchi, and some mushroom ravioli), with a variety of sauce options, caesar salad, and sautéed zucchini. 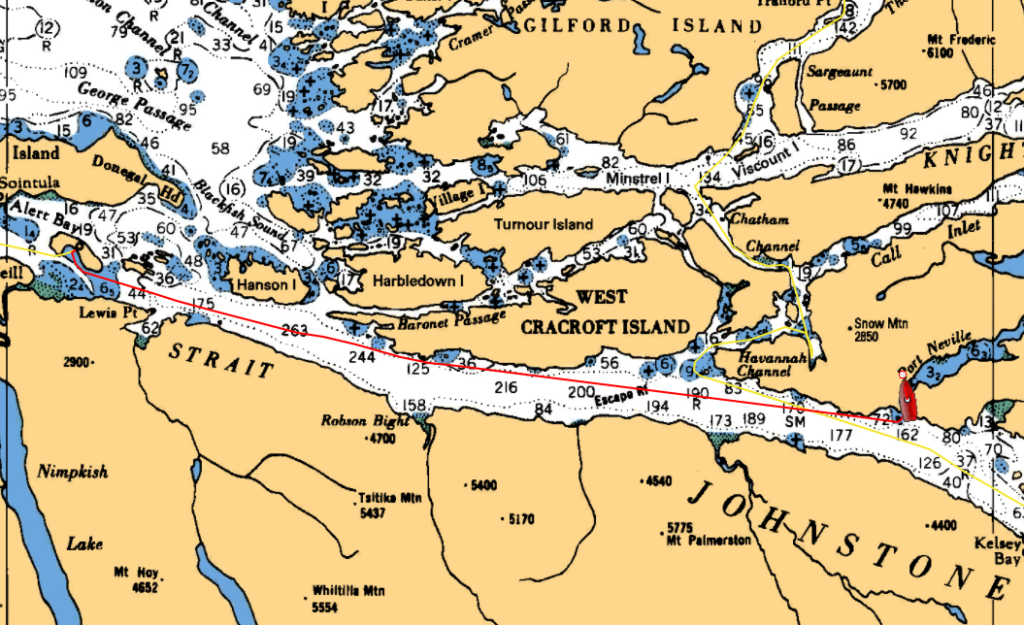