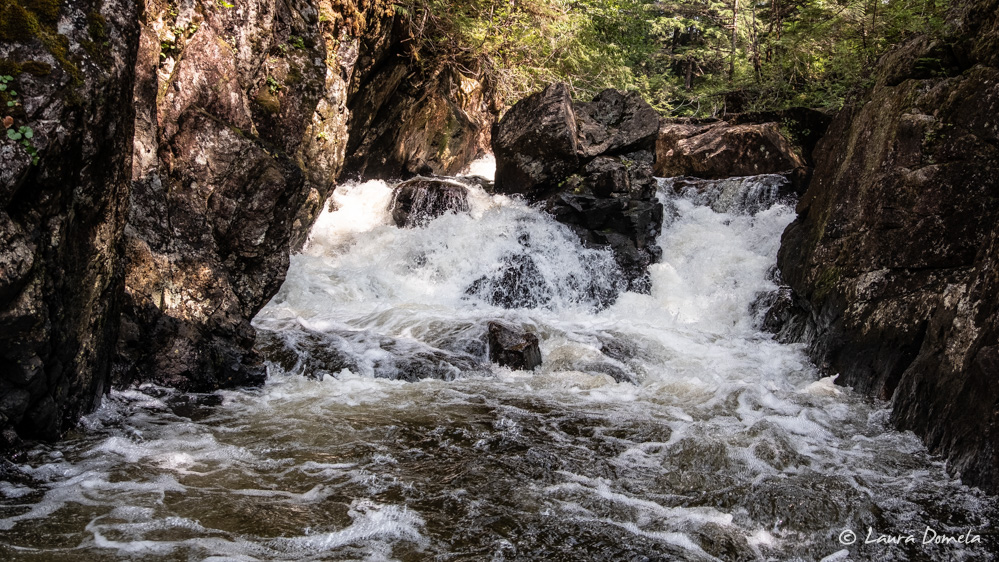 The forecast called for improving weather today, at least in terms of precipitation. No rain was in the forecast, and it looked liked it might even get sunny, but the fog would need to burn off first. We had more than 50nm to travel, so we got an early start and spent much of the day navigating by instruments. Navigating by instruments is actually pretty easy, especially in the lightly trafficked areas where we’re cruising, but it’s not as much fun when we can’t see our surroundings.

The biggest obstacle of the day turned out to be logs–more logs in the water than we’ve seen anywhere. At one point, it looked like we were about to run over a log boom. Alarmed, we confirmed no radar targets, took another look, and realized it was just a really, really dense line of floating debris. With the fog, we couldn’t see a break in the line, so we pulled back on the throttle and drifted through at a couple knots, bumping the pieces out of the way, just like bumping small pieces of ice out of the way when in front of a glacier. 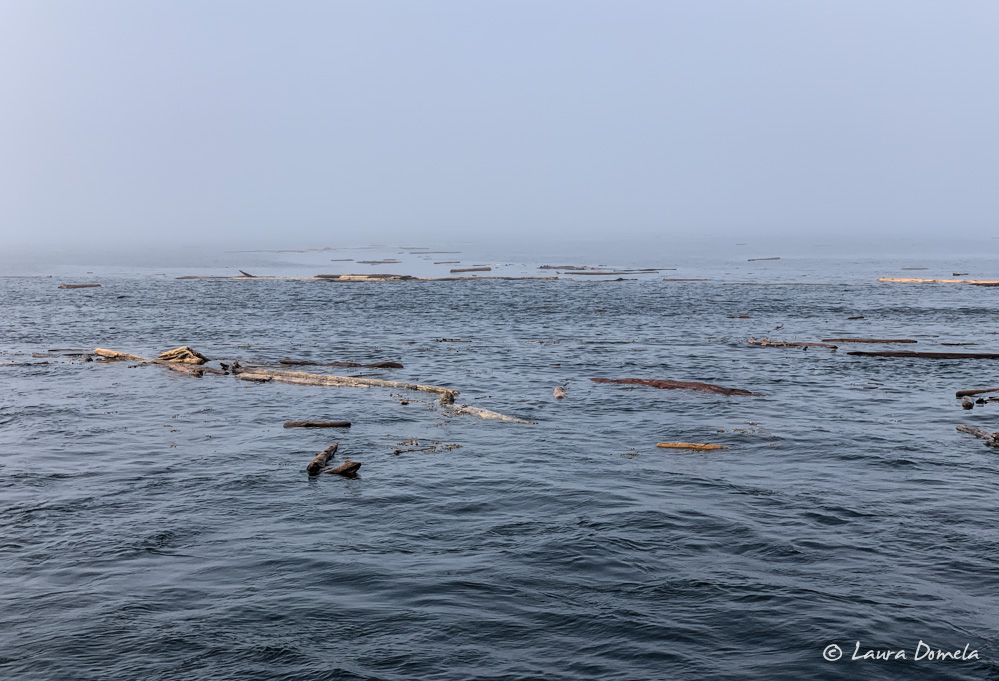 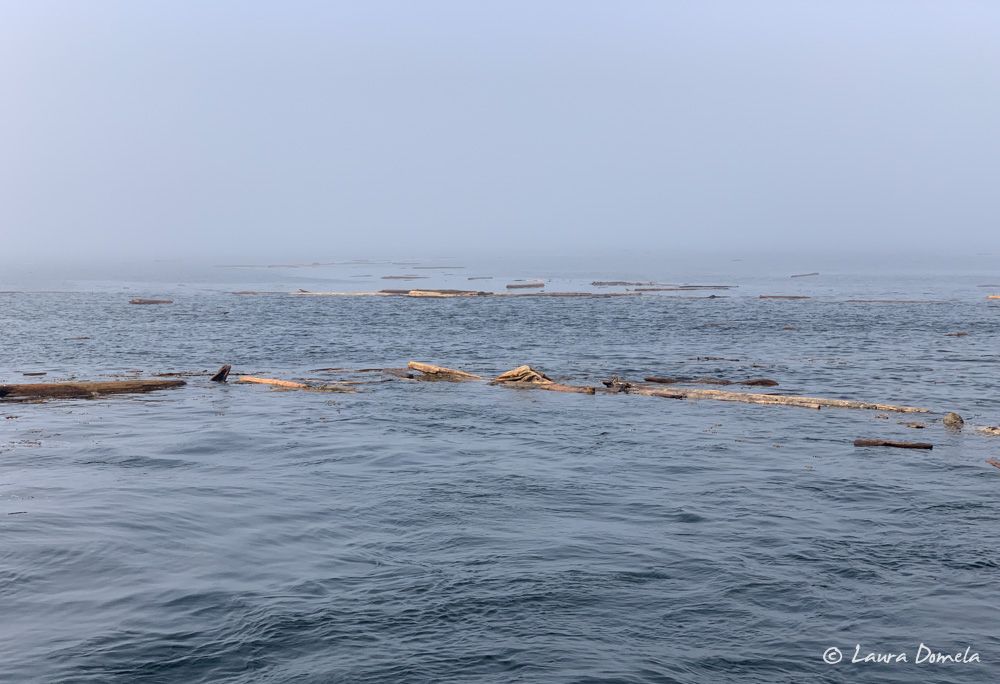 The highlight of today’s cruise was in Nepean Sound, where we spotted a small pod of orcas. They moved fast, and we only had them in sight briefly, but they’re always fun to watch. As a bonus, a lone humpback was feeding along shore at the same time. If only we’d gotten a picture of all the whales together! 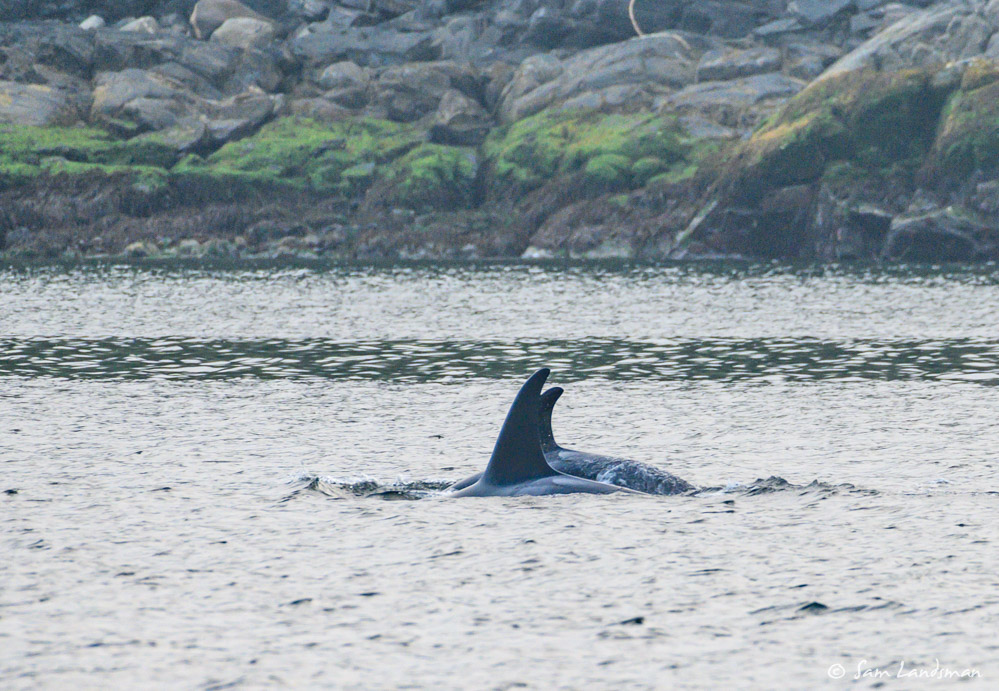 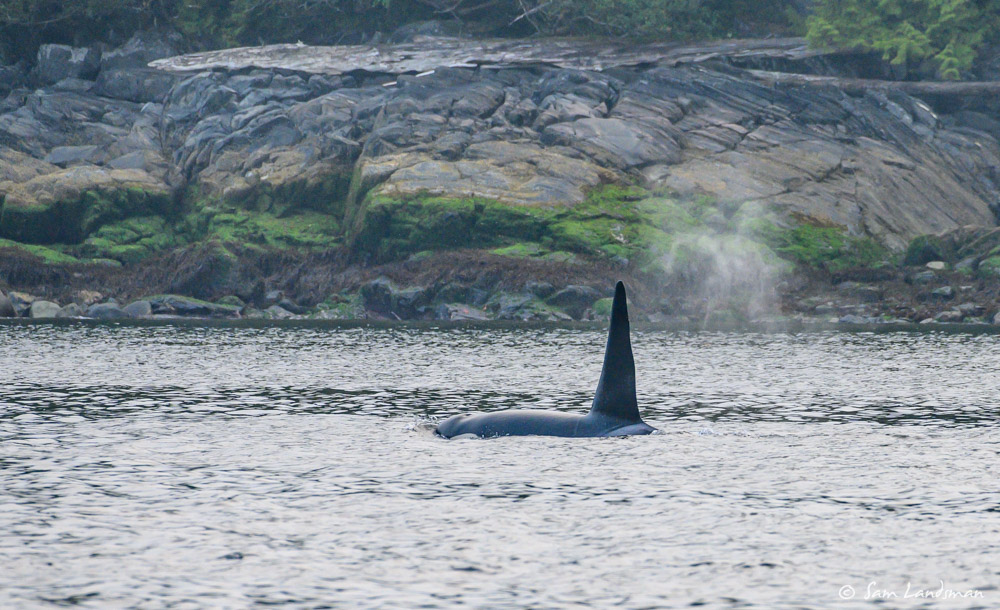 By the time we reached the north end of Campania Island, the fog was gone and the sun was shining. We took Squally Channel down the east side of Campania Island and were impressed with the rugged scenery ashore.

By the time we arrived at Surf Inlet, the afternoon westerly/northwesterly/inflow wind was blowing. We anchored in Penn Harbour (nice anchorage, one other boat) and hoped to dinghy to the head of Surf Inlet, but it was too bumpy.

Instead, we spent the afternoon exploring Penn Harbour and relaxing aboard.

The early evening light was perfect for some aerial shots of the anchorage and surrounds: 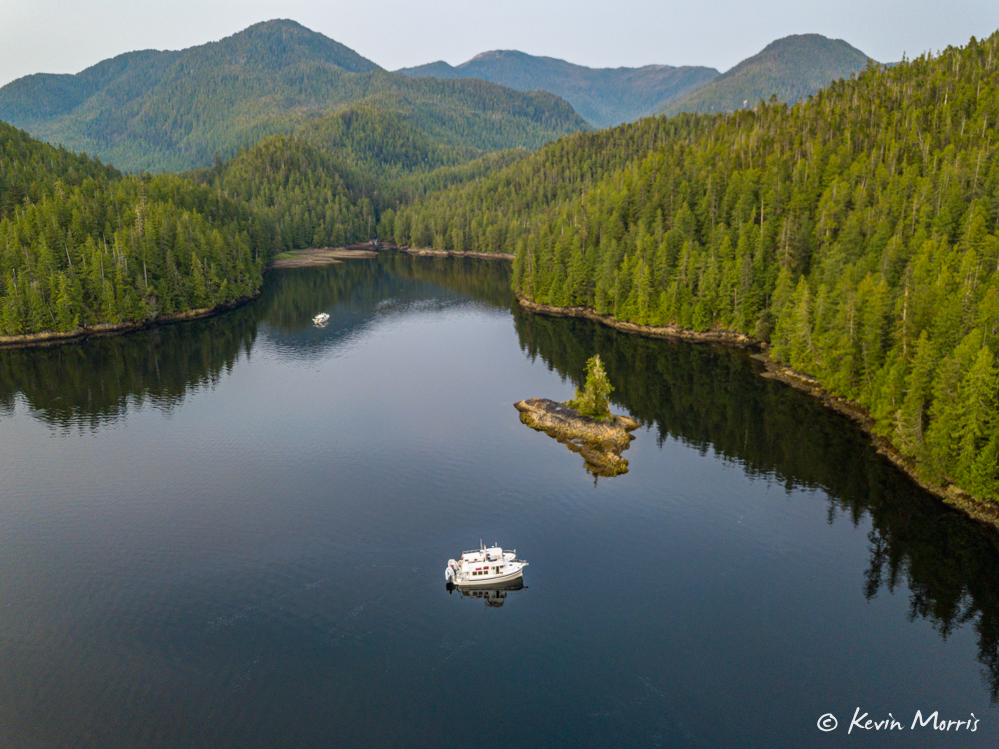 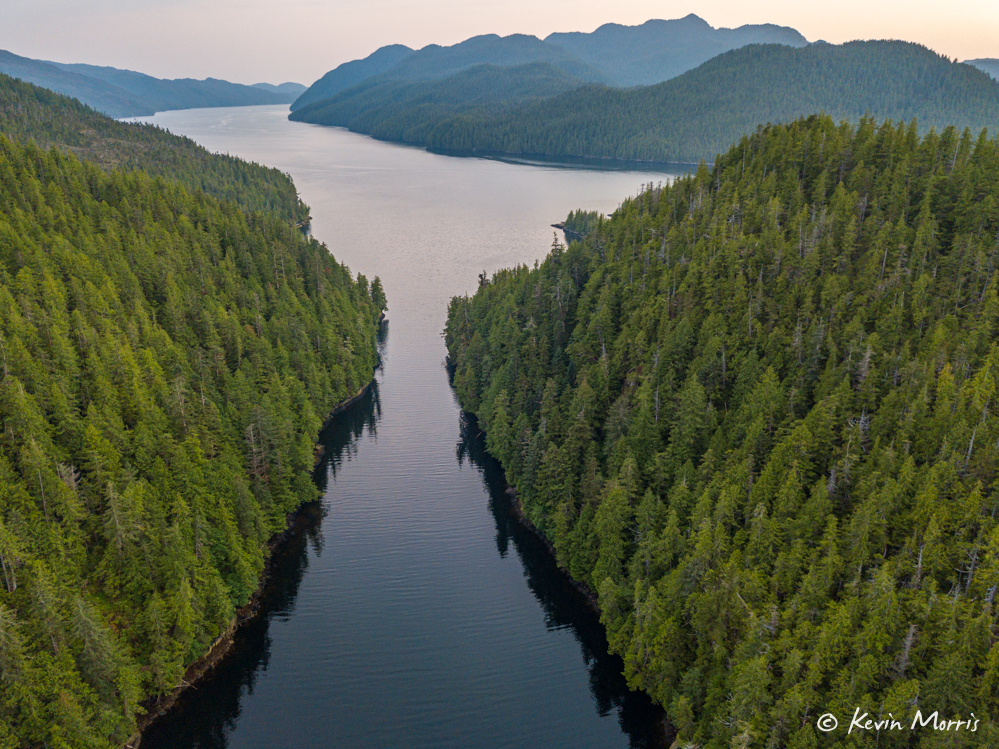 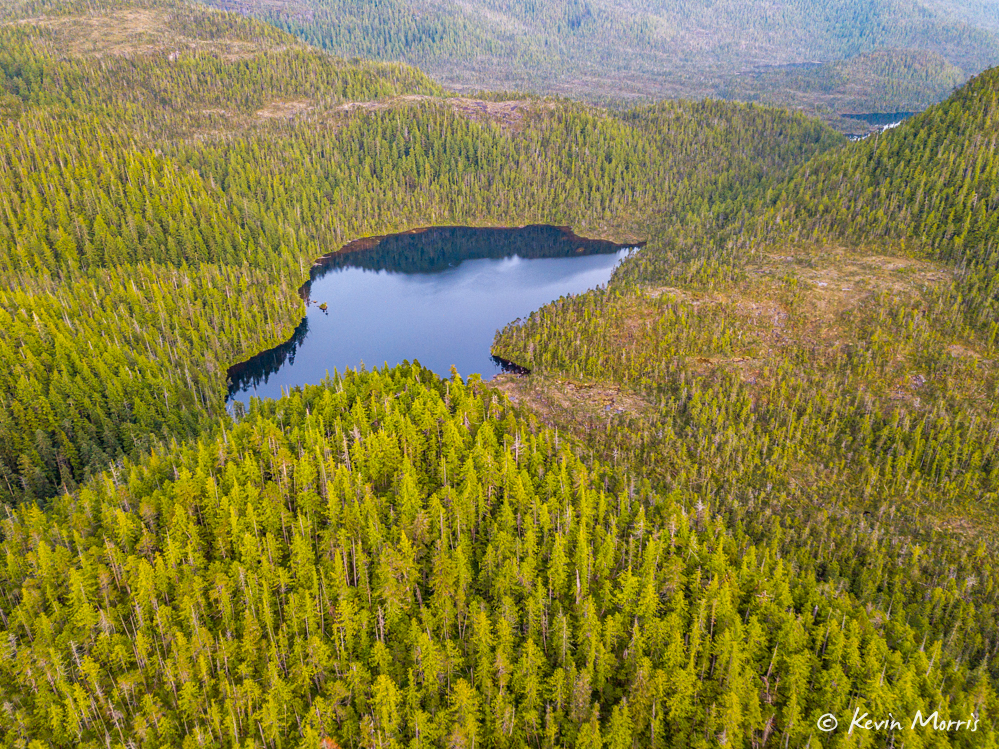 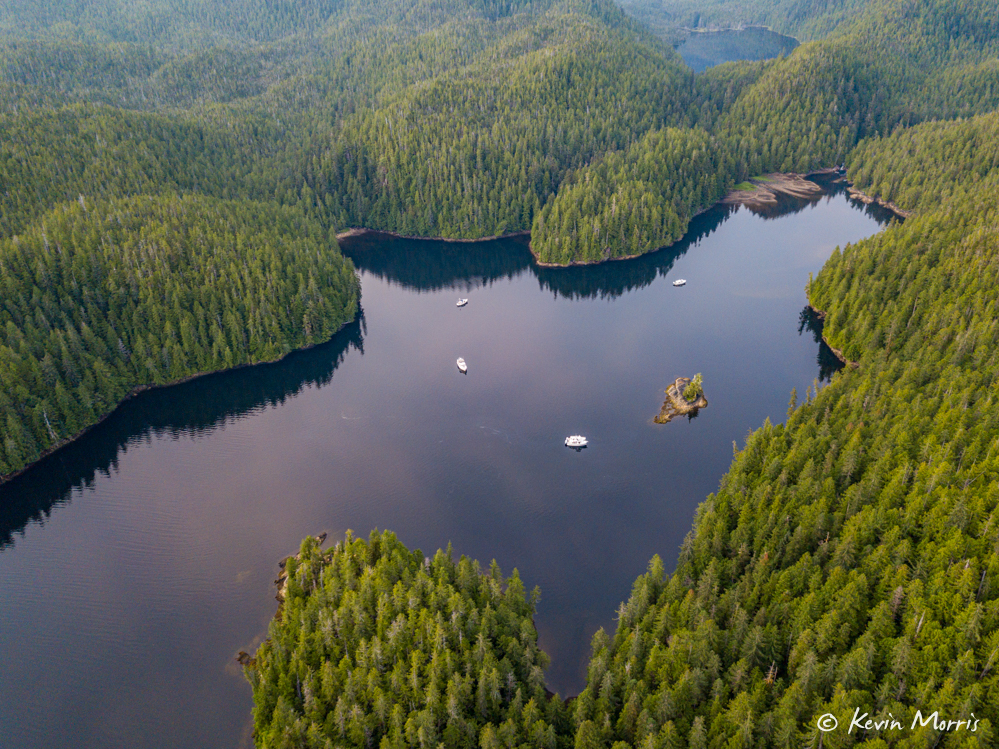 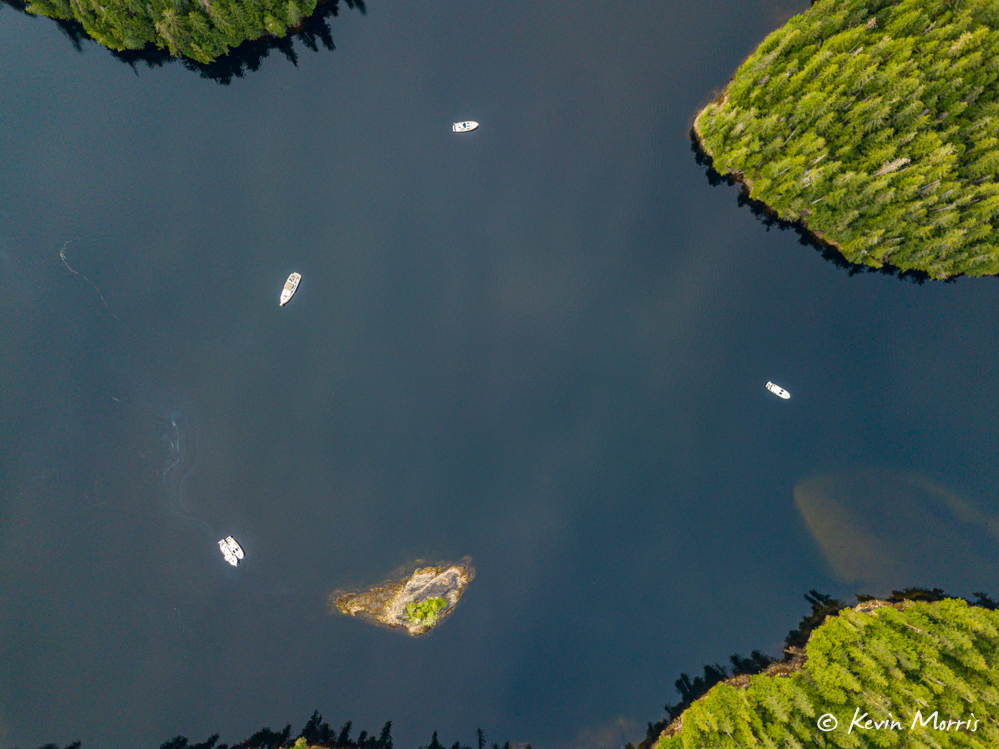 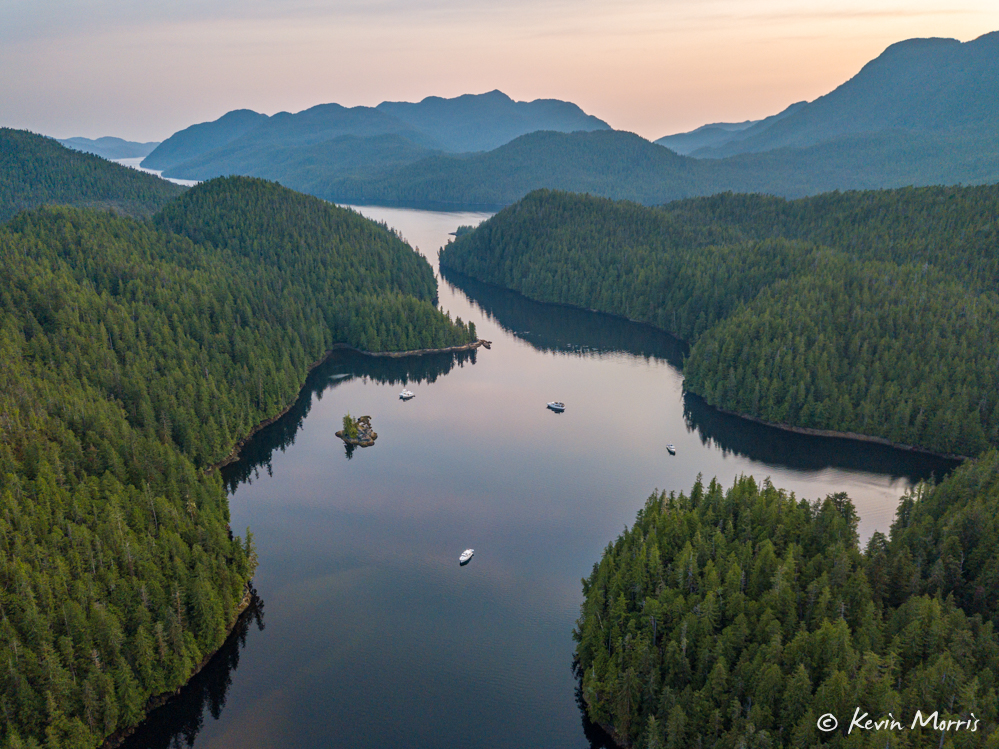 We met for a group barbecue dinner on the raft, then decided to take a peek into Surf Inlet to see if conditions had calmed down. Surprisingly, they had, so we sped to the head of the inlet. A dam, old powerhouse, and a few remnants of docks or boardwalks are all that remain from the Belmont Gold Mine that operated here in the early 1900s. 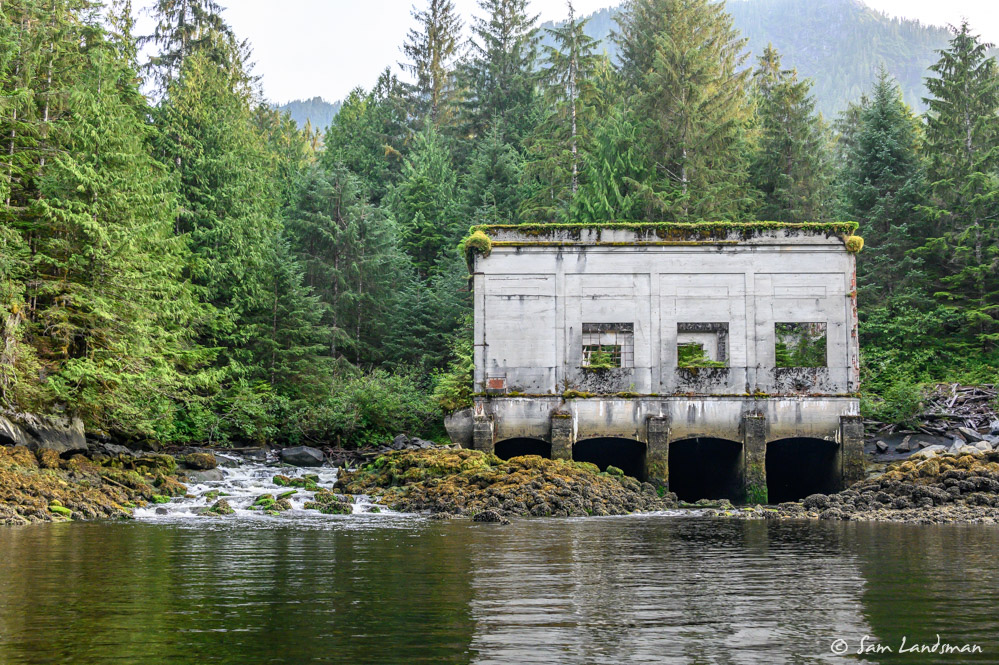 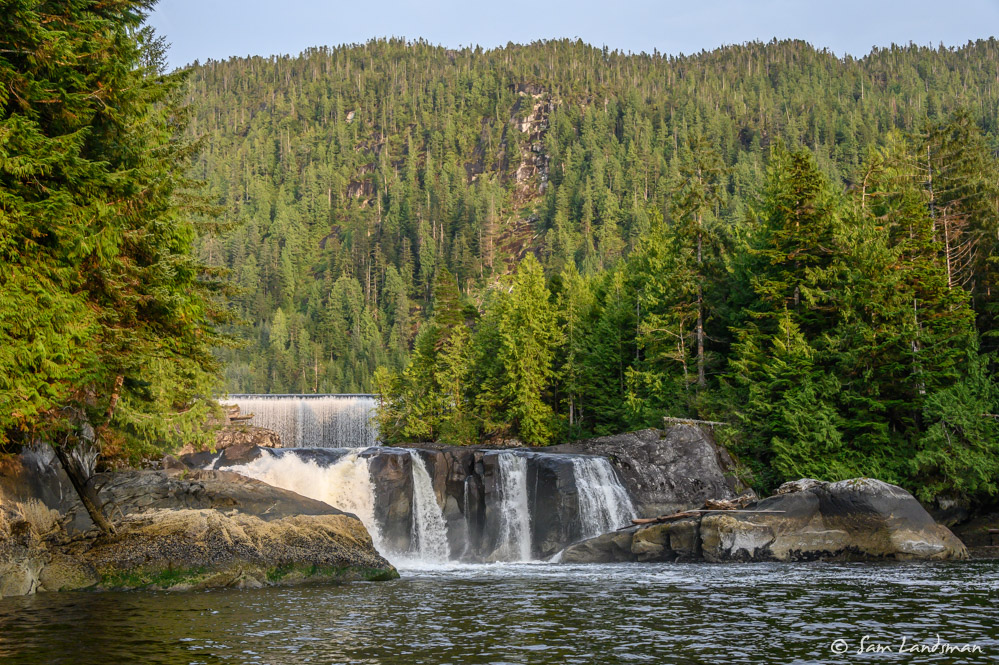 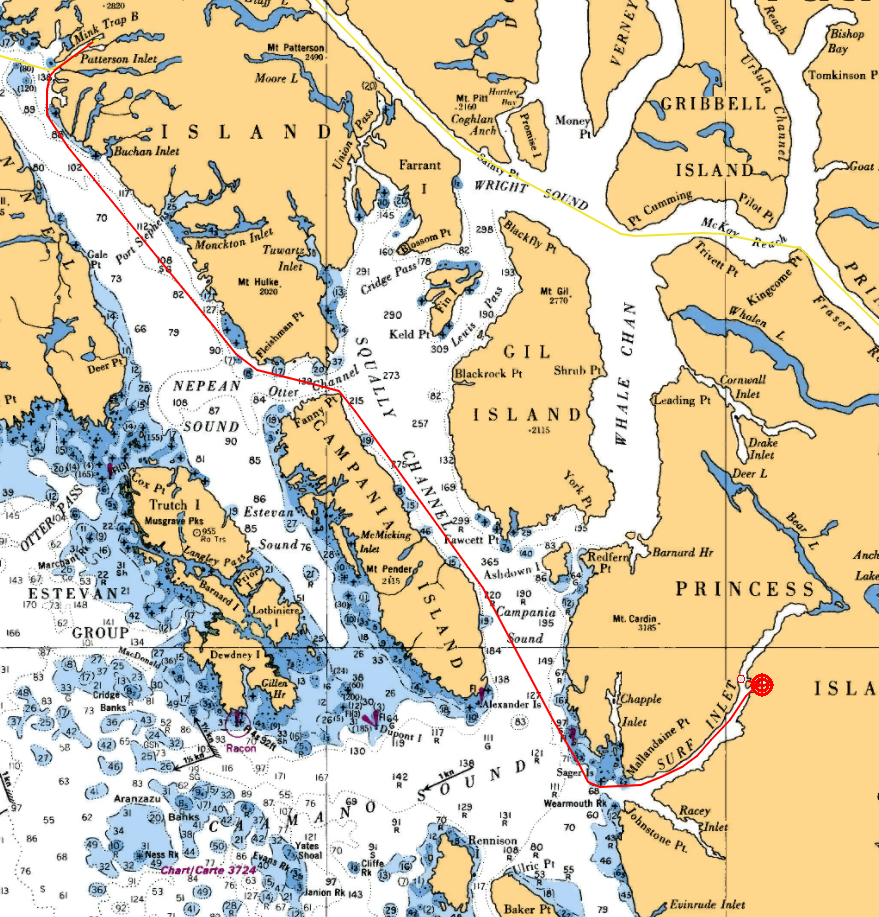