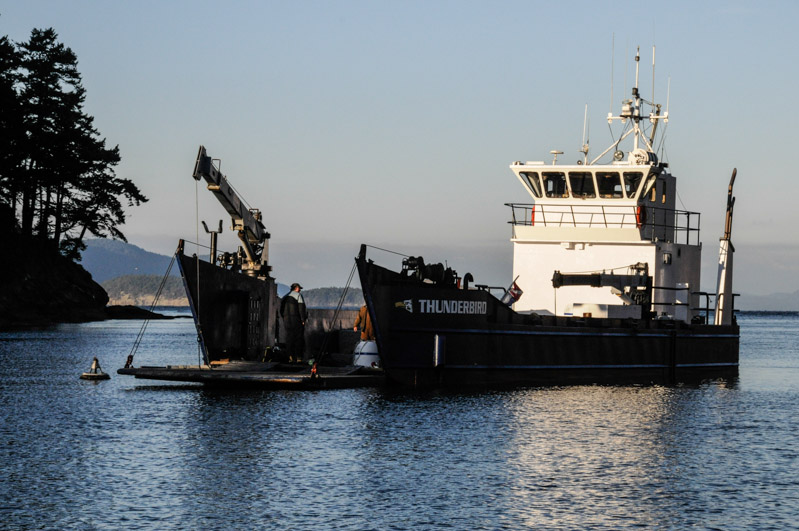 This morning as we were working and having coffee in Active Cove at Patos Island, I noticed out the back window what looked like a pretty big boat heading toward the cove. This is a pretty small cove (only two mooring balls), and this boat seemed, um, large. It showed up on AIS as a vessel called Thunderbird, and it was designated a pleasure craft. (I don’t think so.) Pretty soon the bow of the boat dropped, drawbridge-style, and we could see that it was filled with mooring balls. 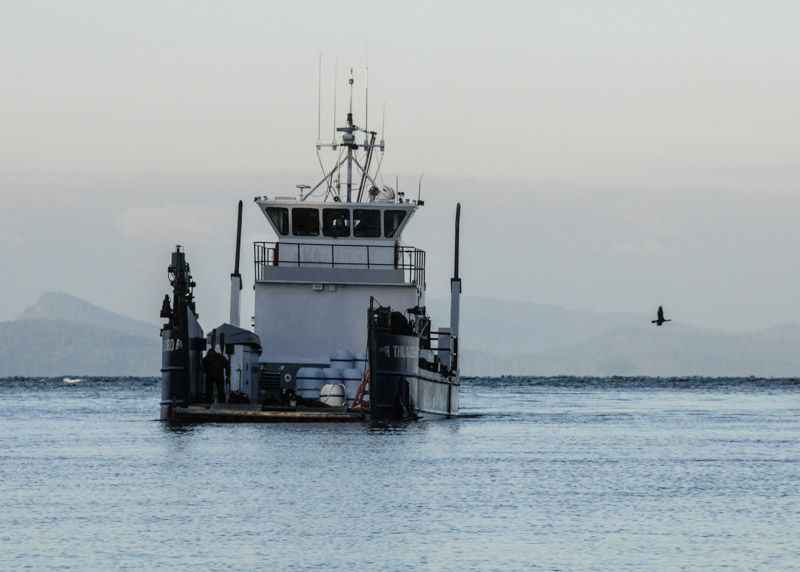 Ah! Time to replace the mooring balls in Active Cove.

A couple of guys were soon suiting up in what looked like wetsuits and then drysuits (because, you know, it’s like 30-something degrees out there). They got in the water and went down and hooked the crane line onto the concrete block on the bottom.

Divers in the water: 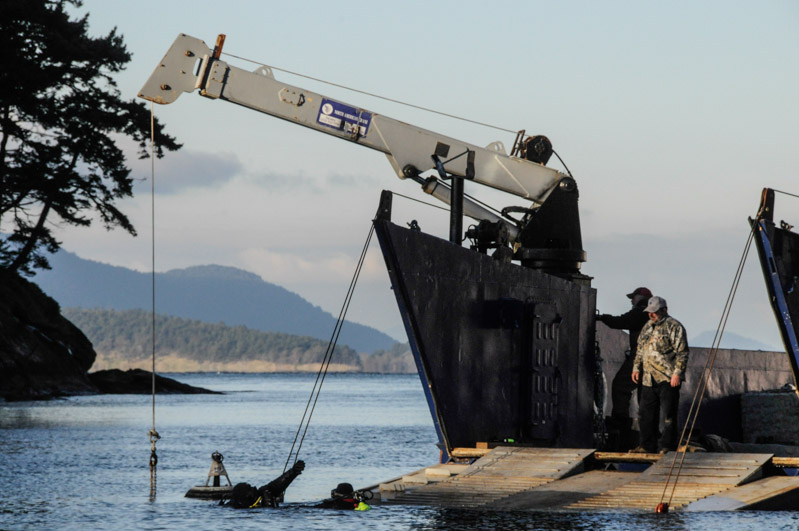 Succesfully hooked the line, divers back on deck: 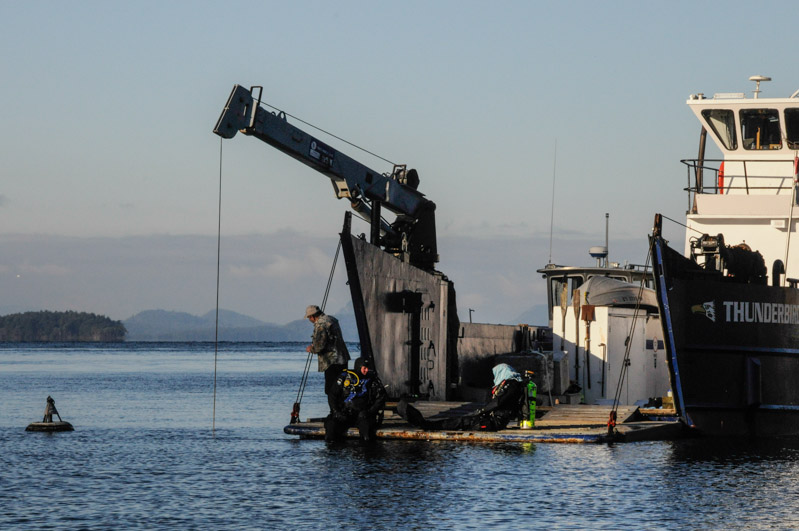 Pulling up the old buoy (and a bunch of kelp): 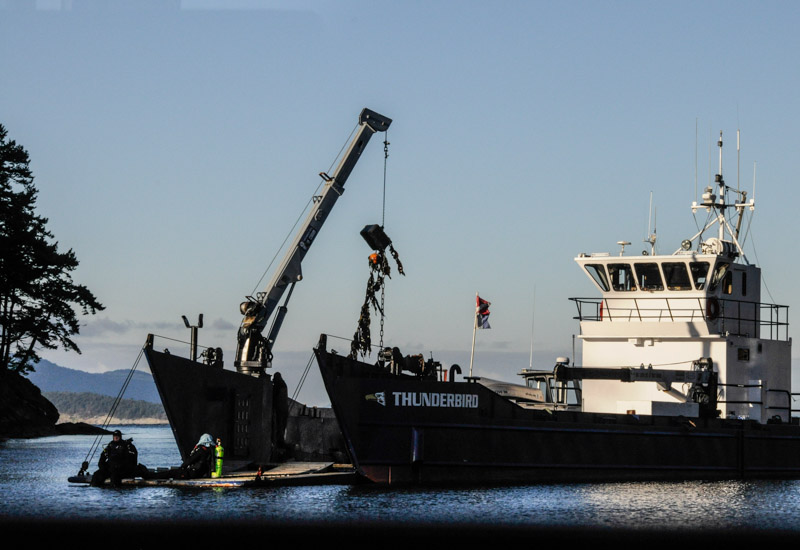 And here’s the new (larger) concrete weight heading down to the bottom. They have some other corkscrew anchoring things, but they said they don’t work in all this rock out here, so they use big concrete blocks to anchor the mooring balls: 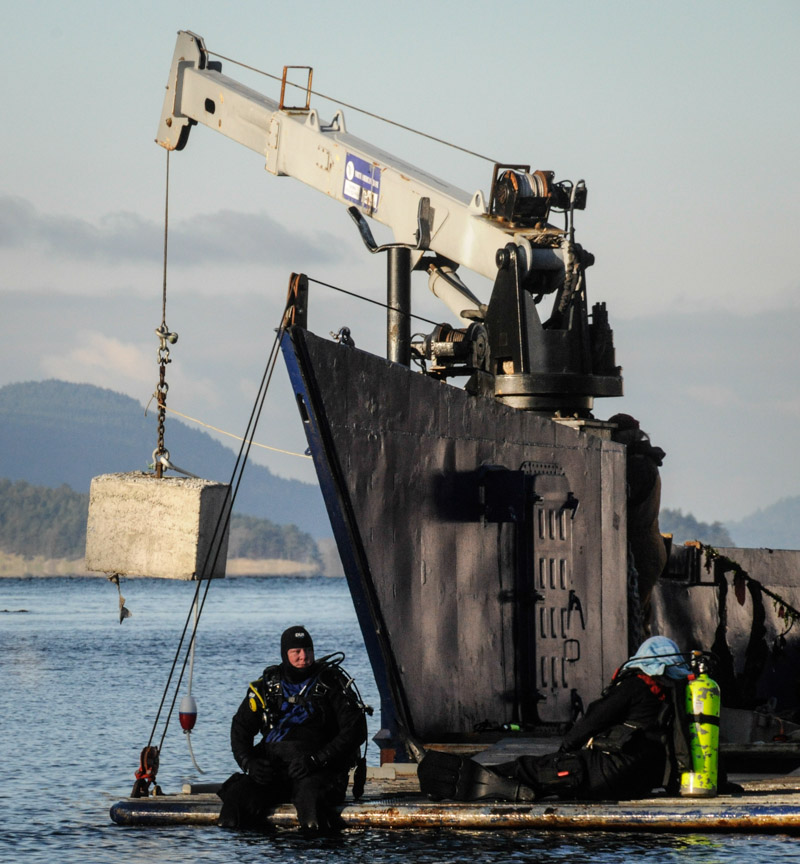 And there ya go! Shiny new mooring ball: 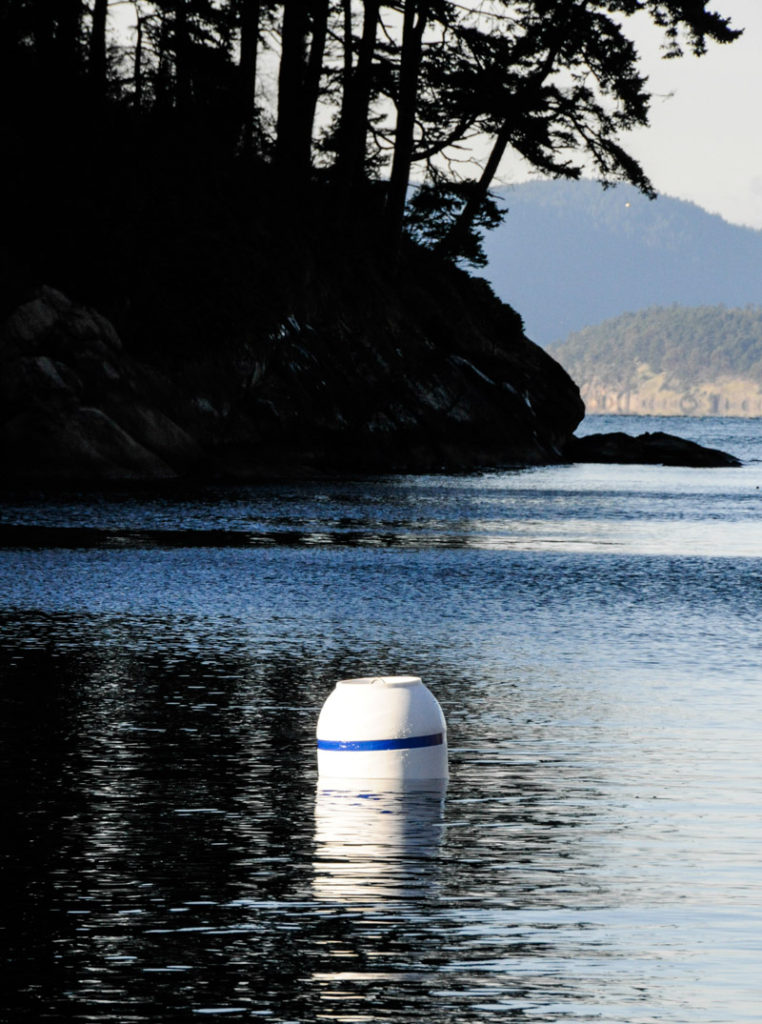 It was our turn next, so we moved over to the new buoy for a little bit while we watched them replace ours. Pretty cool to see the whole operation!

Thunderbird (not a pleasure craft, unless you REALLY like replacing mooring balls): 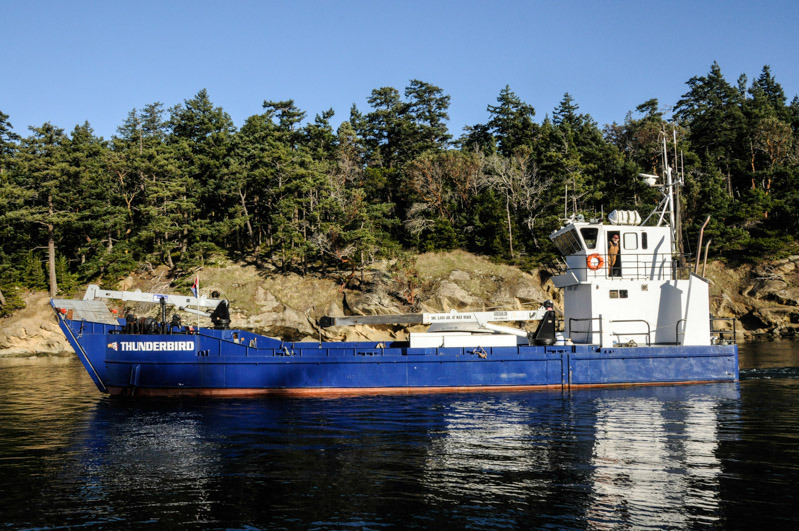 Thanks for the morning entertainment: 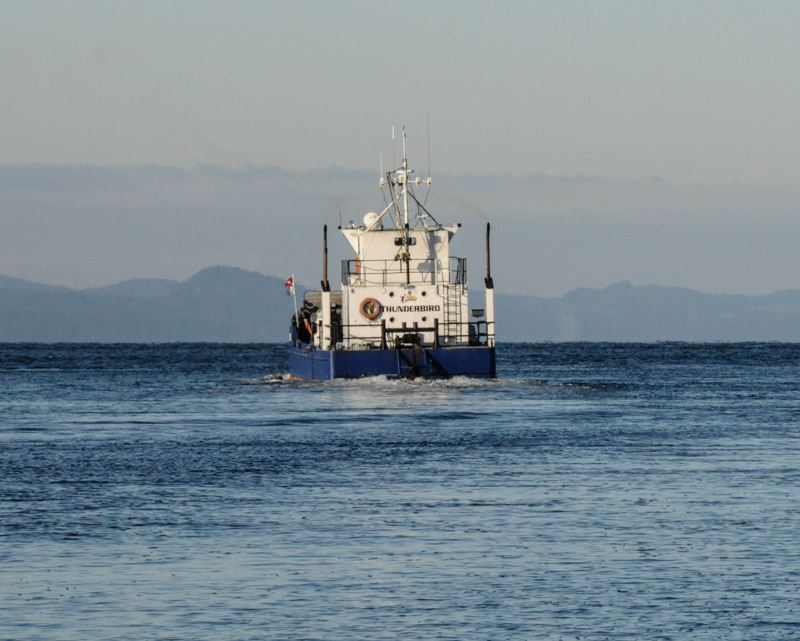