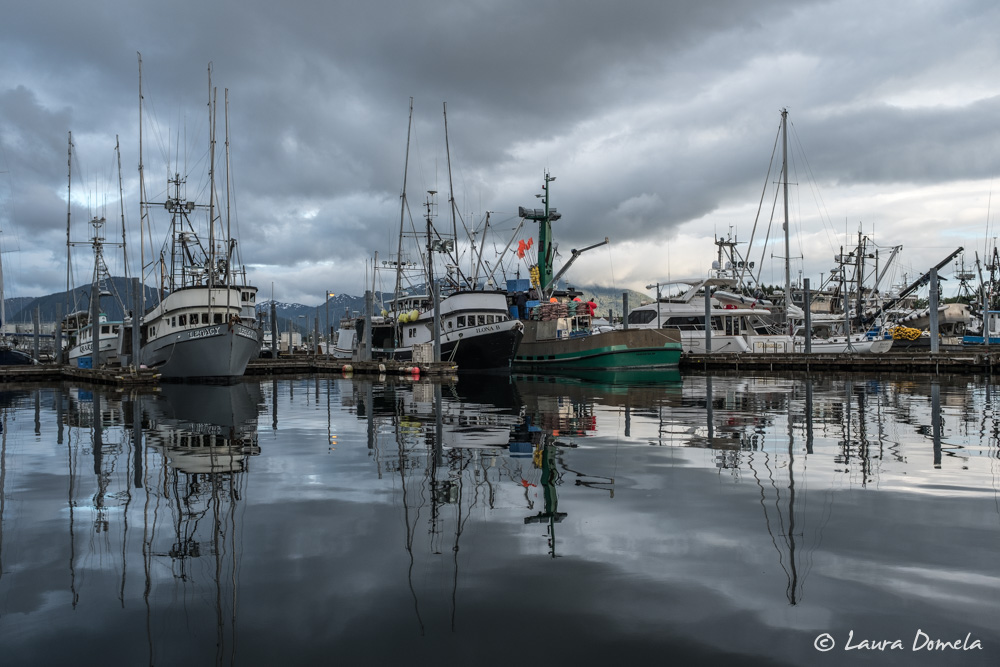 Deep Bay to Sitka is a technical 30 nautical miles. The first challenge is Sergius Narrows, where currents run to 9 knots. Slack today was at 7:31 a.m. and it takes about 30 minutes to get from Deep Bay to the narrows. We left at 7:00 a.m. and the timing worked out perfectly.

The next challenges are Olga Strait and Neva Strait. Not particularly challenging, really, but narrow, shallow, winding, and often crowded with traffic of all types. It’s easy to get stuck behind slower boats, or get overtaken and waked by faster boats.

As we headed down Olga Strait the wind hit us. Twenty knots, then twenty five. With hardly any fetch, sea conditions were calm, but we realized it might get bumpier as we neared Sitka and were exposed to more fetch.

Sure enough, conditions worsened. The last mile to Sitka was probably the stormiest of the whole trip. Not that uncomfortable, but the boats sure got a saltwater washdown (and a leak test)!

Like most marinas in Southeast Alaska, Sitka doesn’t take reservations. We’d told them we’d be coming, though, and they did a great job of efficiently assigning us slips near each other. Thank you to the harbormaster!

We made a reservation for dinner (our last official flotilla group dinner) at the Sitka Hotel restaurant. The food and service were both wonderful and we’d highly recommend a meal here.

The weather in Sitka so far has been rain with occasional sun breaks…typical.

The last 30 days have flown by! Leaving Roche Harbor seems like a lifetime ago, in a good way. Several boats will continue on together to Juneau, and there are plans for a Ford’s Terror/Tracy Arm meetup as well. We’ve seen brown bears, black bears, humpbacks, orcas, Dall’s porpoises, Pacific white-sided dolphins, icebergs, tidewater glaciers, and more eagles than we could count. Amazingly, no boat has suffered any significant mechanical failure, nor has anyone touched the bottom. A very successful trip! 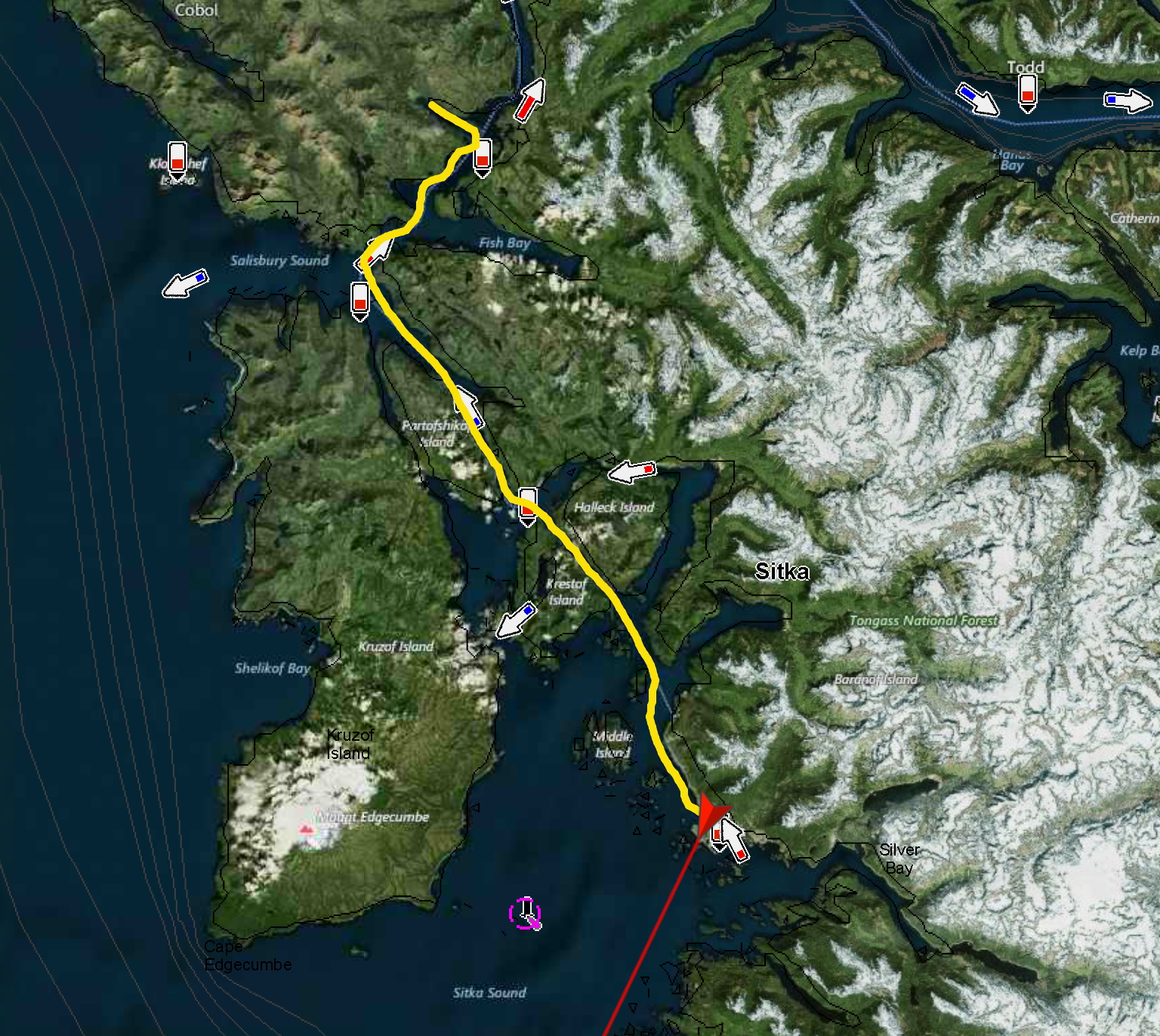 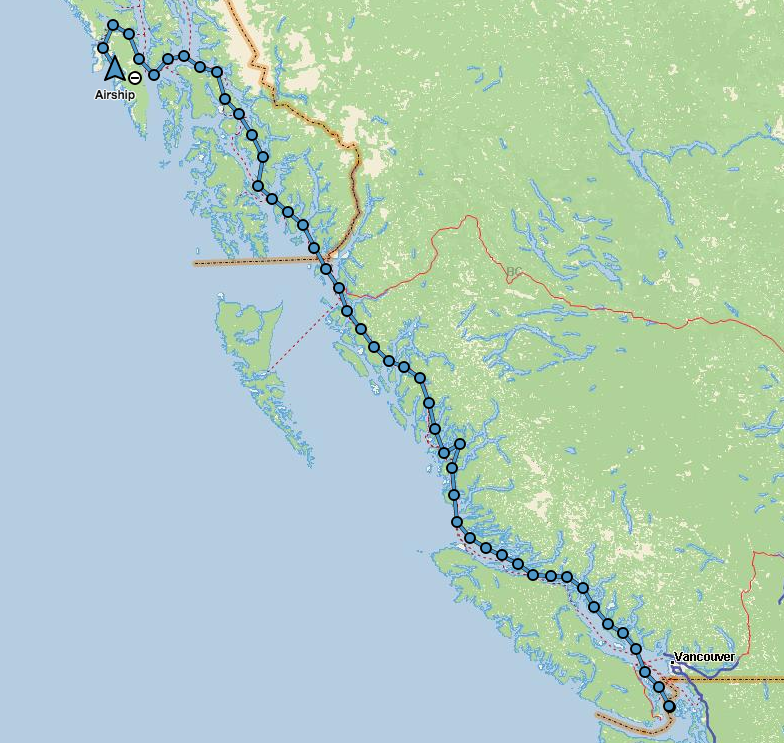