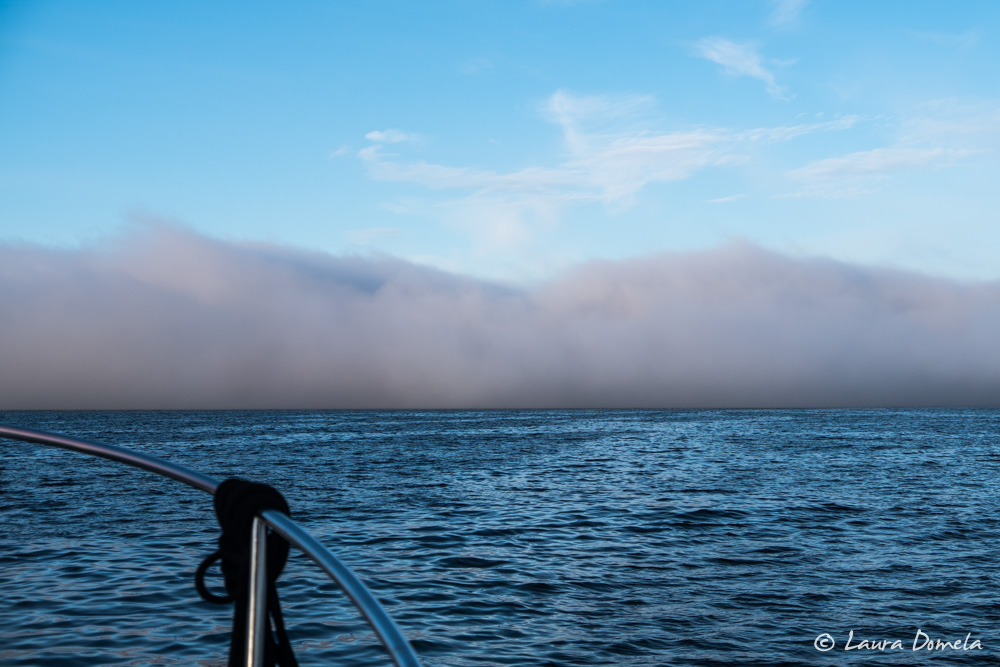 We’ve written about many of the weather trouble spots on the west side of Vancouver Island already: Cape Scott, Brooks Peninsula, and Estevan Point. For southbound travelers, the Strait of Juan de Fuca is the final hurdle.

The challenges are many: ocean swells at the west entrance, strong currents throughout, traffic, and the 100nm distance.

Because of the distance involved, cruisers really need two consecutive days of good weather to transit the Strait of Juan de Fuca. On the Canadian side, Sooke, about 75nm in from Barkley Sound, offers the most secure anchorage until Victoria. On the United States side, Neah Bay, Port Angeles, and Sequim are all good stops, depending on conditions and boat speed. Unfortunately, it’s not necessarily possible to cross the strait where you want, since many of the stops don’t have customs facilities.

Currents in the Strait of Juan de Fuca run to 3 knots. Timed well, this can be used to dramatically shorten the trip. Timed poorly it adds hours. If the wind is blowing, the time gained or lost may be less important than avoiding a wind-against-current situation and the nasty seas that result.

Traffic is constant and heavy. Ships heading to Vancouver, Seattle, and Tacoma all transit the strait. Ferries, fishing boats, tour boats, and pleasure boats compete for space. At some point, the traffic lanes must be crossed.

We left Barkley Sound earlier than we had hoped, but the weather forecasts indicated dramatically worse weather for the following four days. All showed wind light, building to west/northwest 15-20 in the evening, then calming the next morning.

The current was also favorable. We’d ride in on a flood beginning about 8:00 a.m. That meant we could get to the west entrance to the strait around slack, when the ocean swells wouldn’t be colliding with the ebb. If the westerly wind filled in earlier than expected, it would be running the same direction as the current. We’d get to Sooke as the flood died, overnight, and pick up the flood again the following morning to take Airship to Victoria and Safe Harbour to the San Juans.

The plan worked perfectly. We left Bamfield around 7:00 a.m. The lightstations along the route reported slightly worse conditions than we expected, but Windy predicted the wind would slacken early in the morning. By the time we exited Barkley Sound, the wind was calm, the seas were a gentle two foot swell, and fog limited visibility to a quarter mile. We quickly picked up the flood and enjoyed a couple knot boost in speed almost all the way to Sooke.

Fog can make for a rather boring cruise. There’s not much to see and keeping an eye out for obstacles becomes a bit more tedious. We have GPS and radar and AIS, and with calm conditions we were pretty low on complaints for the day.

Happily breaking up the boredom were two Orcas (not together) — one younger one (splashy and active, and very close to Airship)…

…and another larger one with a much taller dorsal fin, further away:

We also saw more than a dozen humpbacks (most of them in the fog), including two enormous ones right in Airship’s path. We stopped and waited until they dove. 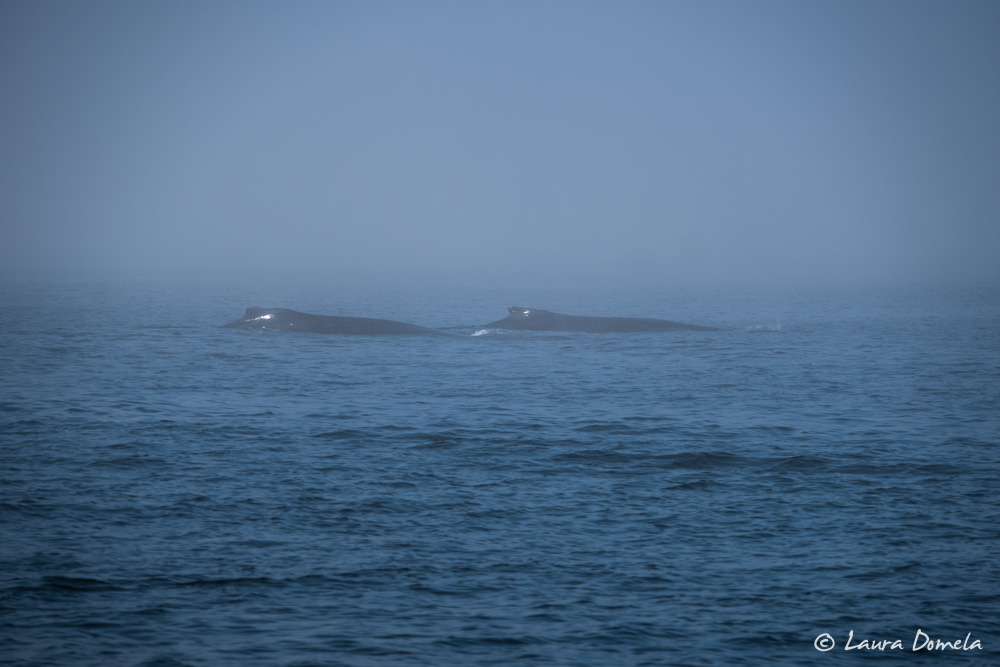 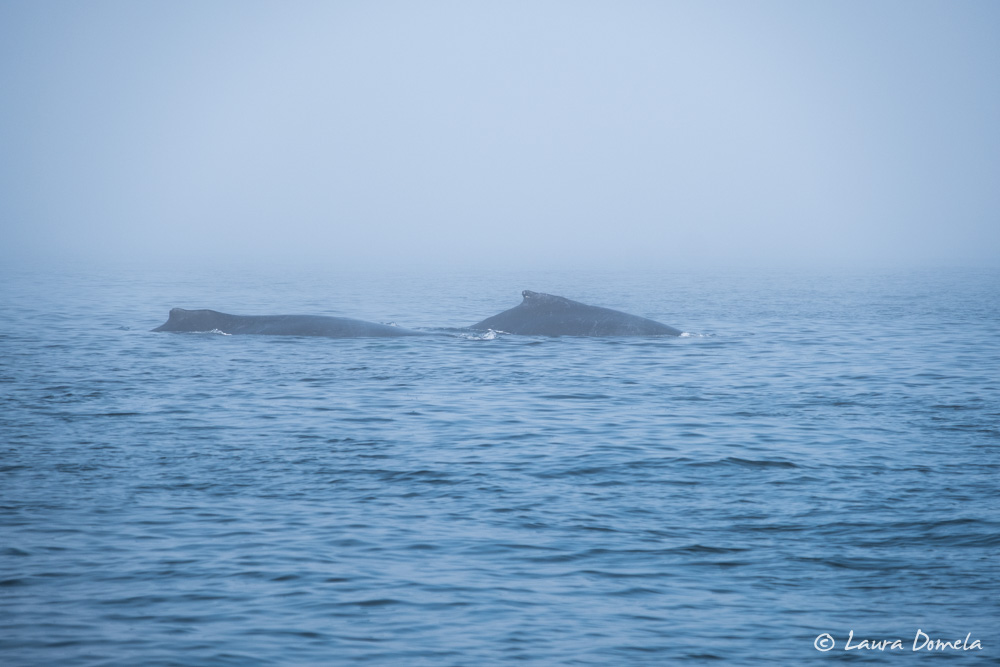 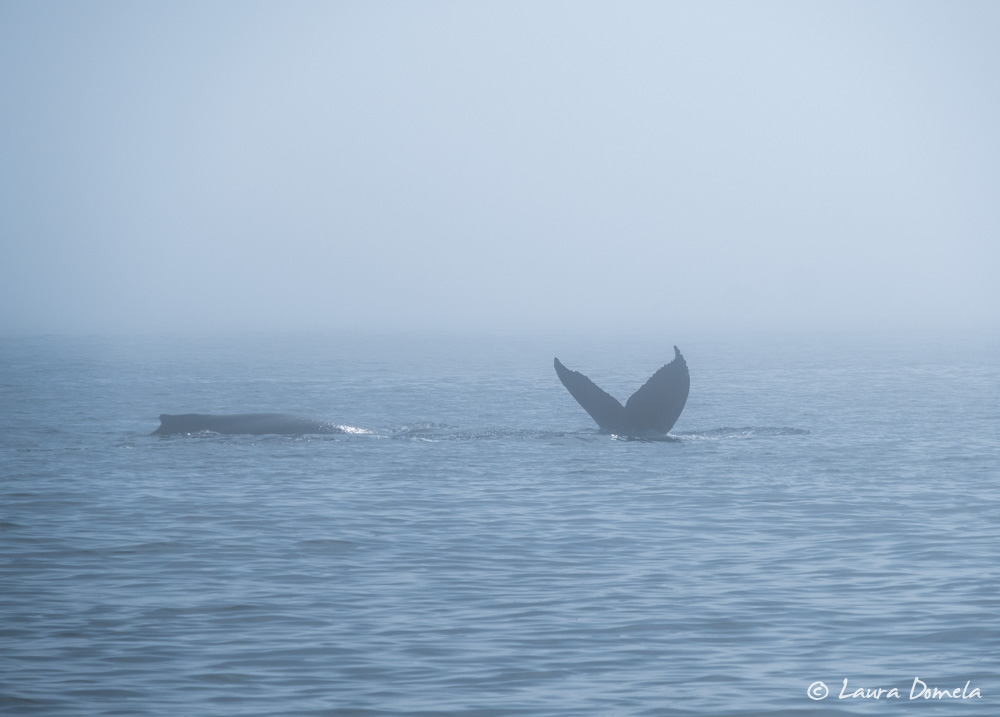 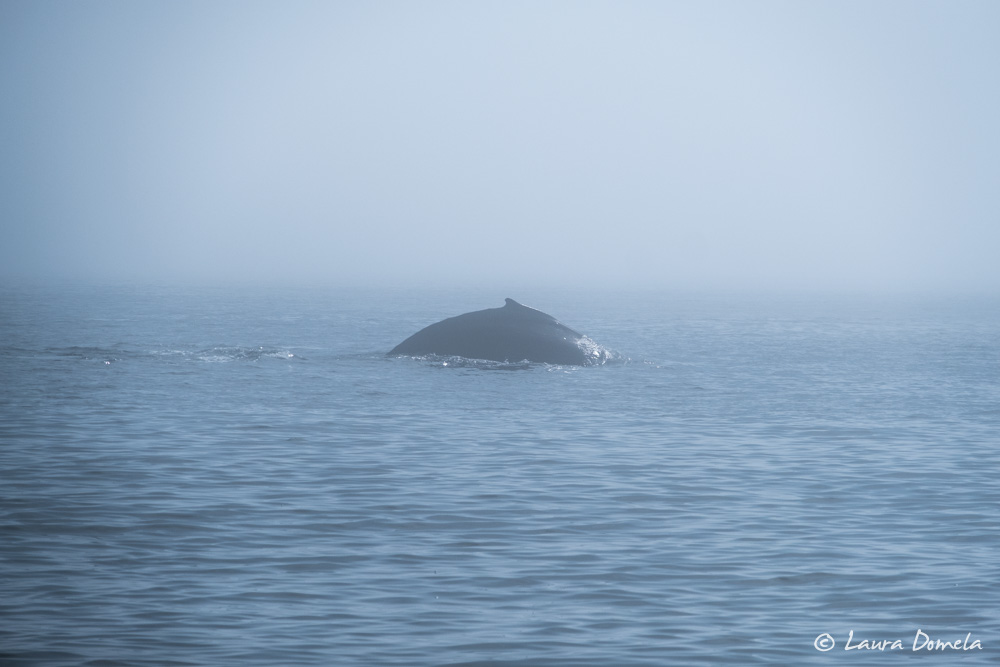 We anchored for the night behind Whiffen Spit in Sooke. Crab pots crowd the anchorage and boats speeding in and out of the harbor made it pretty rolly. Not our favorite anchorage, but the park on Whiffen Spit is pretty and it’s the closest anchorage to the Sooke Harbour House restaurant.

Kevin and Laura dinghied over for an early dinner at the Sooke Harbour House and walked the length of the spit after dinner.

The next morning we continued in different directions: Airship to Victoria for several days, Safe Harbour to the San Juans to pick up guests. Stirred up by overnight winds, the strait was a little bumpier than the day before, but hardly uncomfortable.