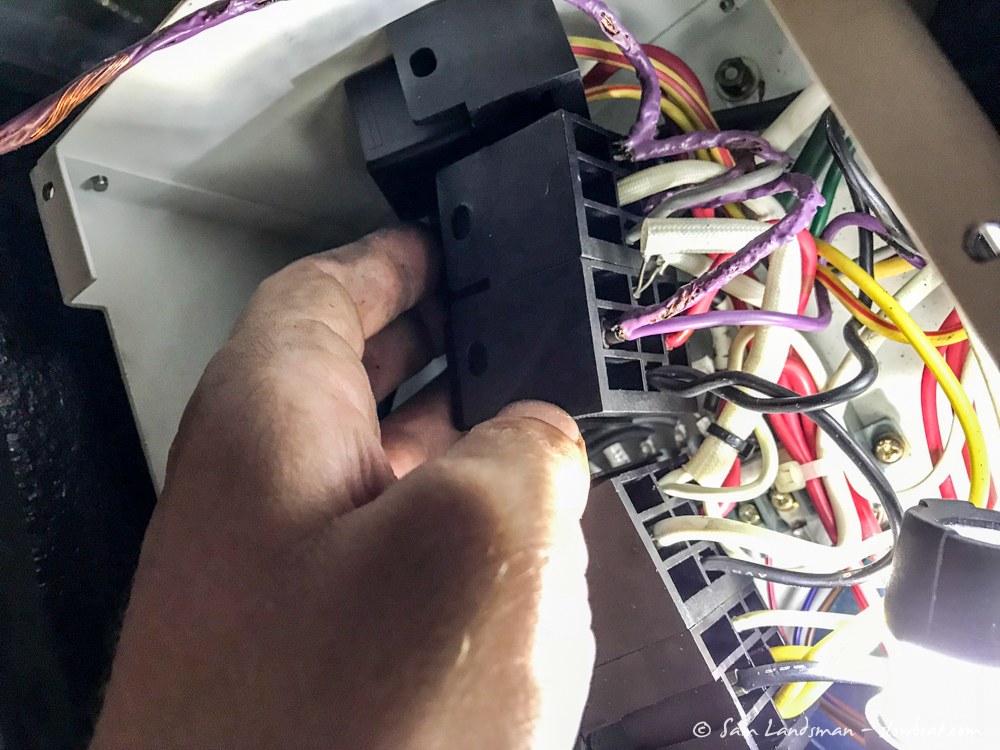 I’ve been tied to the dock—the same dock!—for three weeks now, the longest I’ve sat still for more than a year. I’m working through a long list of maintenance tasks, and as most boaters know, seemingly simple tasks have a way of quickly escalating into something much more involved. A good example: my recent generator problems.

My first task was figuring out why the generator wouldn’t run. The symptoms were frustrating: as soon as the preheat switch was engaged, the 15-amp DC breaker tripped. This had been happening very intermittently for the last two years. In the past, resetting the breaker and banging on the generator in several places got it working. Not this time.

With power-hungry guests on the boat, and emboldened by a few beers and my mounting frustration at not being able to find a short, I did what any self-respecting amateur marine electrician would do: I bypassed the breaker to see if it was the problem. This turned out to be both brilliant and brilliantly stupid. Brilliantly stupid in that it rapidly converted the insulation on several wires into putrid smoke, but brilliant in that the trail of melted insulation led me right to the problem, which was a wire that had chafed on the bottom of the starter motor. When the wire made contact with the starter, it shorted, tripped the breaker, and shut the generator off. Evidently my previous troubleshooting (i.e. banging on the generator) had caused the wire to no longer contact the starter, until the wire vibrated back into contact.

With the problem identified, I got to work fixing it, which meant buying new tools (always looking for an excuse!) and spending a lot of time folded into the impossibly small recess above the generator and below the furnace. Out came the exhaust elbow, then the heat exchanger, then the starter and exhaust manifold. This sounds easy, but rest assured that it’s not. Access to that side of the generator requires laying high-centered across the generator sound enclosure, staring down, sweat dripping off my nose, eyeglasses slipping off my head, while unbolting components purely by feel.

Eventually I pulled all the old, damaged wiring out. Even this proved surprisingly difficult, since it was wrapped in electrical tape and run inside of split loom, except for the one place where it chafed.

Replacing the damaged wiring required a new-to-me type of connector, the uninsulated kind that has a little retaining tab and inserts into a relay. After a half dozen trips to various auto parts stores, I finally found them at a NAPA (part 725284), only to discover my existing crimper didn’t work correctly with them (but this one does, and I now have one aboard!). A note about working on the relays: the dozens of wires leading all over the place in the electrical box is confusing. I found it helpful to take before pictures so I’d have a fighting chance of getting it put back together and operational.

After seemingly innumerable trips to pick up that last thing I needed to complete the project, I reconnected all the electrical components, tucked the wires neatly back in the split loom, and engaged the preheat switch. Amazingly, the gauges lit up, the starter cranked, and the breaker didn’t trip!

Next post: tackling the cooling system, or at least cursing at it.