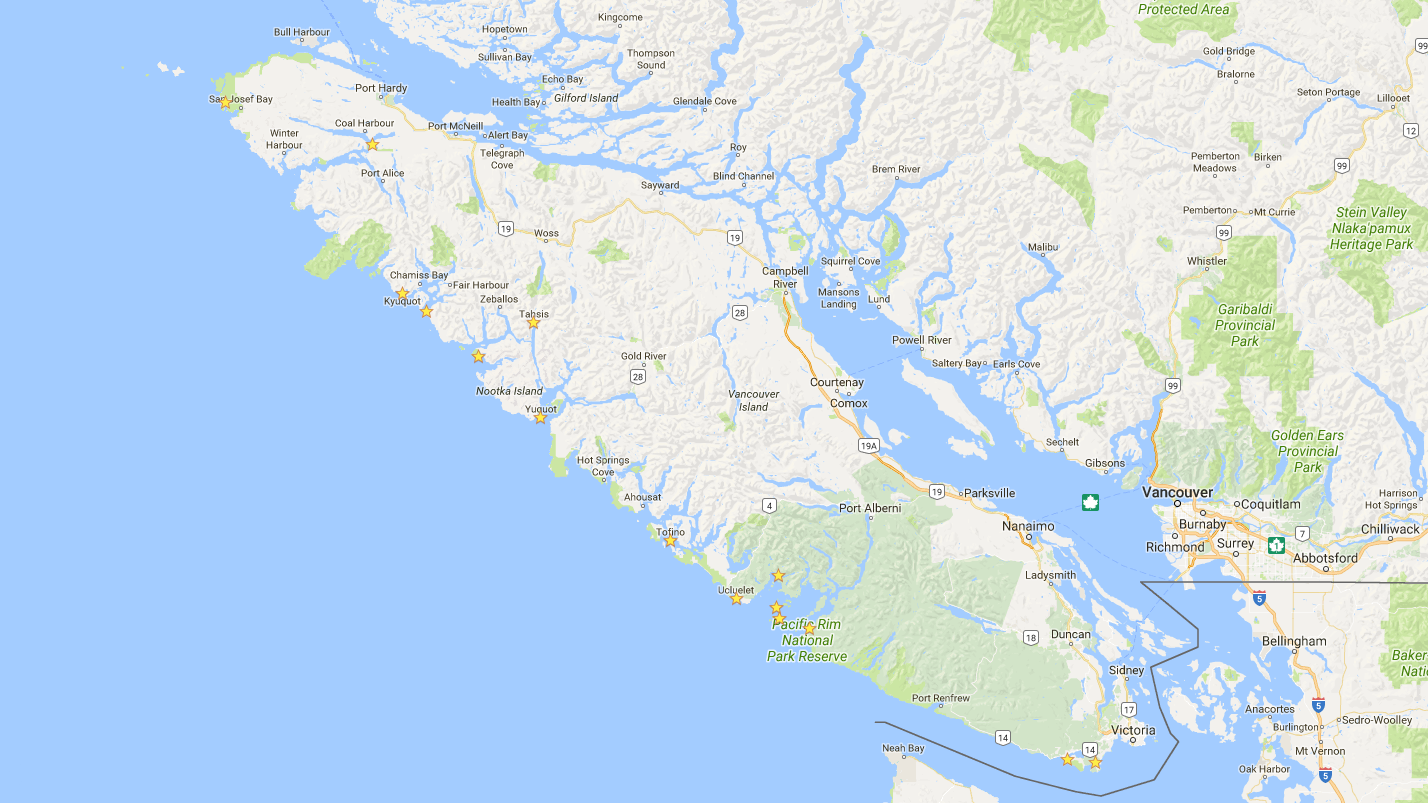 Few Pacific Northwest boating trips capture the imagination of cruisers like circumnavigating Vancouver Island. It’s ambitious. It’s technical. Cruisers must deal with all the gates of the inside route—the Strait of Georgia, the rapids north of Desolation Sound, and Johnstone Strait—in addition to the more challenging spots on the outside of the island: Cape Scott, Brooks Peninsula, Estevan Point, as well as the Strait of Juan de Fuca. This is definitely remote cruising. Mechanics and electricians are often unavailable, and tow boats don’t exist. Restaurants are scarce and good marinas are even scarcer. Much of the traveling is in the ocean, where swells march relentlessly across the open Pacific.

This may sound daunting, but we view it as an adventure. Analyzing weather data, figuring out currents and their impact, selecting anchorages, troubleshooting boat issues—this cruising puzzle can be extremely rewarding.

But rewarding does not always mean relaxing, fun, and comfortable. A few of our days on the outside were somewhat uncomfortable, with the boats snapping back and forth in closer-spaced-than-we’d-like ocean swells. We spent much of the trip looking at weather forecasts, trying to decide if we could eke out another day or two in the sound we were in or if we needed to seize a weather window and continue south. But the sense of accomplishment, the solitude, the sandy beaches, the rugged sea stacks…these things are what make the West Coast of Vancouver Island worth the all of its challenges.

We made a fairly quick trip down the west side of Vancouver Island. Our original plan had us spending three to five days in each of the sounds. We had no real set schedule, but we did have an end date. Our boats aren’t stabilized and we don’t like to get beaten up, so the weather was the primary schedule driver.

Every day, we reviewed the Environment Canada forecast for the next four days, trying to identify the best day to hop over to the next sound. If tomorrow was good but the next three days were bad, we’d jump south (even if we hadn’t seen all we’d wanted). If the next three days looked bad, we’d slow down and enjoy the area at a leisurely pace. Ideally, the goal is to be cautious enough to wait and decisive enough to go when conditions are sufficiently calm. Rushing to a jumping off point only to get stuck for days because of bad weather can be frustrating. (We call this “hurry up to wait”.)

We spent 17 days on the west side of Vancouver Island, which felt like a reasonable pace. We moved almost every day– sometimes just a few miles, other times 30 or 40. We certainly could have visited a few more destinations or spent more than one night at our favorites, but the pace did not feel rushed.

The most striking difference between cruising Southeast Alaska and circumnavigating Vancouver Island is size. The entire trip around Vancouver Island is about the same distance as a one way trip to Ketchikan! In Alaska, it’s easy to run 30-40 nautical miles a day, every day, for weeks. Not so on the west side of Vancouver Island, where we often motored for just an hour or two each day.

This size disparity makes the comparison a little unfair. Southeast Alaska has some of the same natural features that Vancouver Island does (sandy beaches, sea stacks, hot springs, fjords), but in Southeast Alaska these features are further apart and occasionally more difficult to access. Alaska also has tidewater glaciers and more impressive fjords (although some of the fjords in mainland BC rival Alaska’s).

The weather was much better on the west side of Vancouver Island than in Southeast Alaska. We had just a few days of heavy rain and a little bit of fog, but most days were overcast or clear and wind really wasn’t much of an issue. Southeast Alaska had an unusually wet summer this year (even for a rainforest)!

Alaska definitely wins on wildlife. We saw a handful of black bears on Vancouver Island, but fewer whales than we expected. In Alaska…well, we always see a TON of whales and bears, and when we see them they are often doing something interesting — humpbacks breaching or bubble net feeding, bears fishing, etc.

For a month-long cruising vacation, we can’t think of a better trip than a circumnavigation around Vancouver Island. It’s more challenging, more diverse, more remote, and more rewarding than an up-and-back to Desolation Sound or the Broughtons on the inside.

Want to cruise the west side of Vancouver Island with us next summer? We’re finalizing plans for a four week flotilla around the island in August and September. More details will be available soon, but it’s not too early to let us know you’re interested!