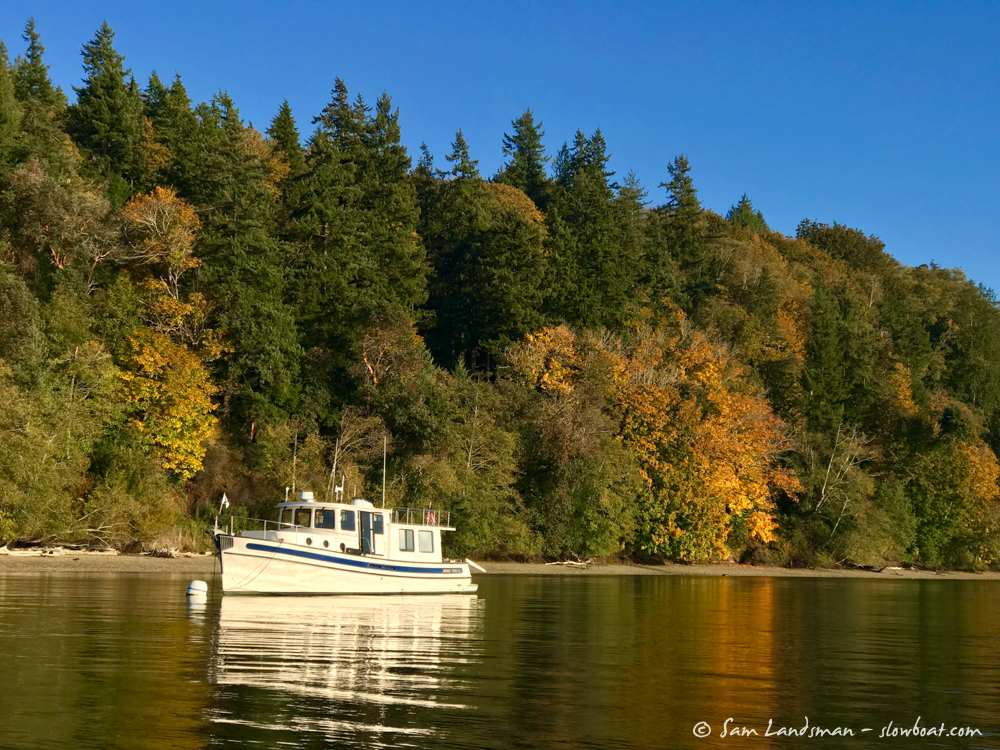 “Why am I doing this?” I occasionally think to myself about the whole boating thing. I usually think about this during a project, when I’m upside down in a cramped place, head bruised, arms scratched, knuckles bleeding (bank account bleeding too). Over the last several weeks, as I’ve wrestled with the generator and the windshield wipers and the watermaker and the logistics of some big winter projects, I’ve had lots of time to think about this question. And then I go use the boat and quickly forget the frustrations.

Last week I spent two nights at Blake Island. Just six miles from Downtown Seattle, Blake Island is a world away. The entire island is a State Park, and development is limited to a small area adjacent to the marina. The ever-present noises of the city—the sirens and highways and shouting—are absent. The air smells fresher, cleaner. Everyone says hello and people are rarely in a rush. Eight miles of well-maintained trails crisscross the island. 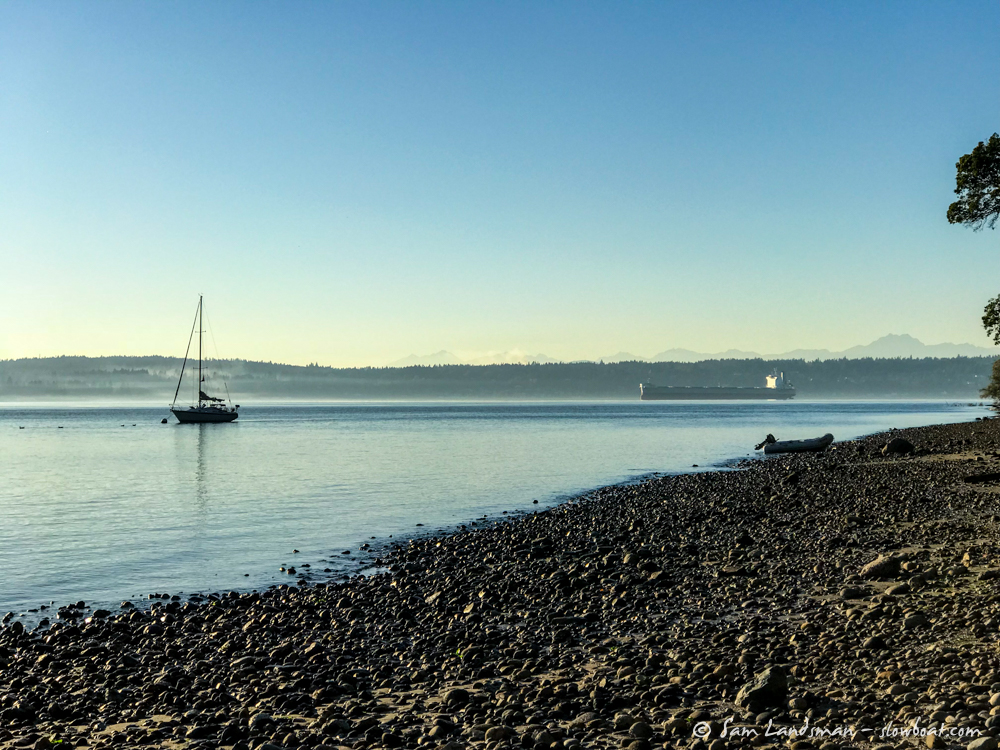 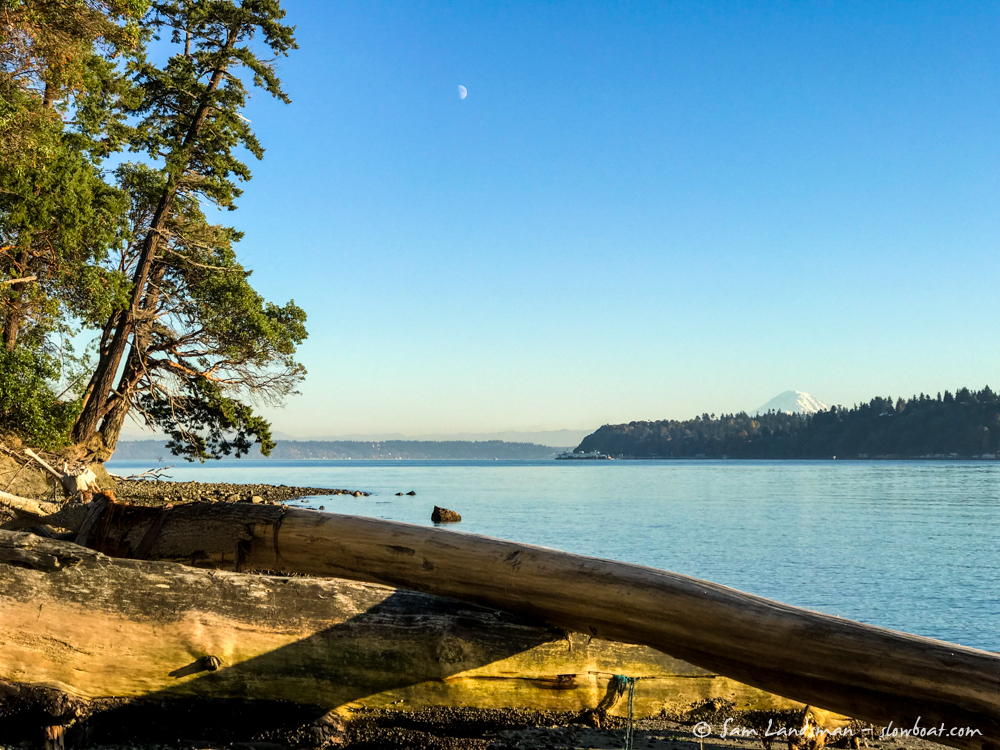 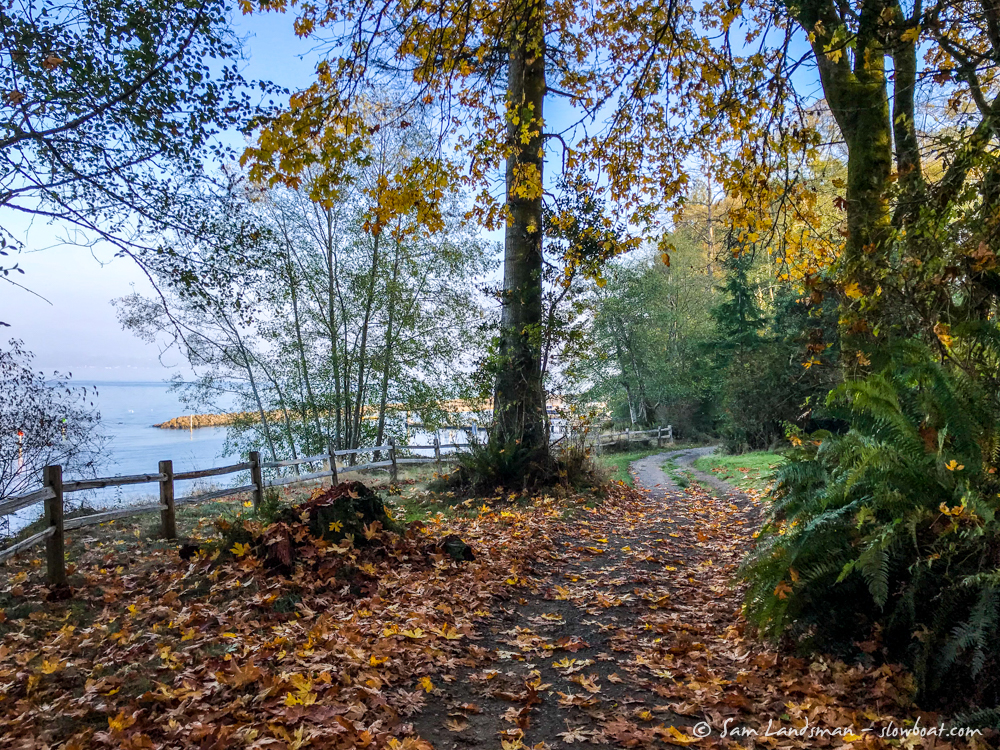 In the fall, Blake Island takes on a particularly charming character. Bright orange and red leaves cling to trees and line trails. Mountains, dusted in  early season snowfall, are visible in every direction. The summer crowds are gone. During the week, the park is nearly deserted. Last weekend, with sunny skies and calm winds, it was busy but nothing like August. Walking around the island, we saw only a few other people.

When I’m on the boat—especially when everything is working!—the answer to “Why am I doing this?” becomes clear. The boat is a tool for adventure, for living in the moment, for bringing friends and family together. Sipping coffee in the morning as the sun breaks through the fog, wandering along the beach gazing south towards Mount Rainier, feeling the gentle roll as a wake from a distant ferry passes under the keel, laughing with friends as we try to skip rocks into Puget Sound…that’s why I’m doing this.