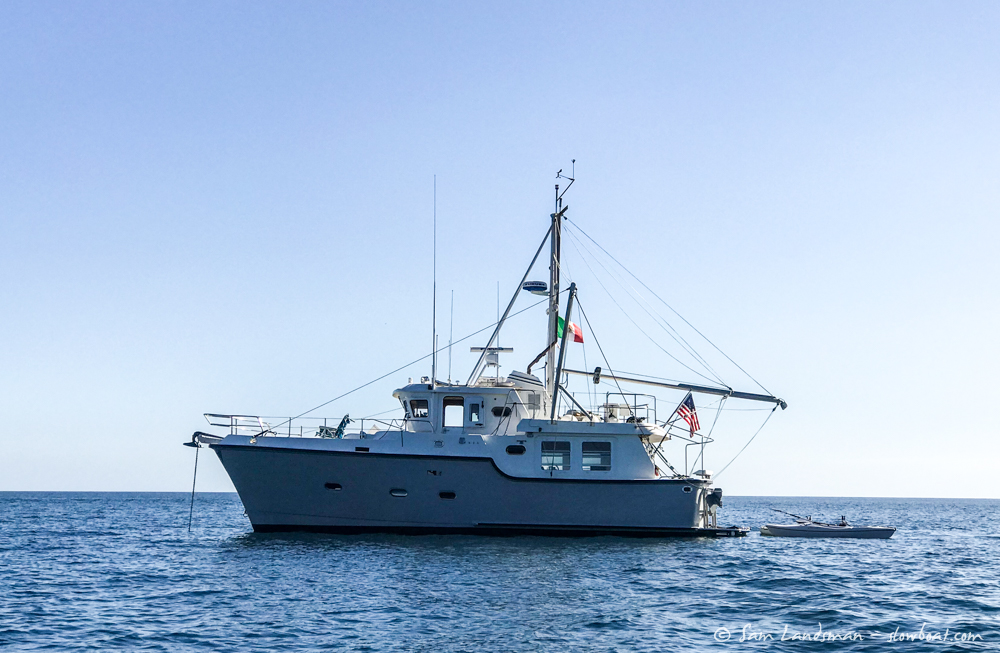 “Interested in helping take a Nordhavn 40 from San Diego to La Paz in November?”

Escaping Seattle in November sounded good. Spending time on a Nordhavn 40 seemed like a great way to learn first-hand about a potential next boat. And cruising down the Baja Peninsula sounded challenging, exciting, and rewarding. “Where and when do I show up?” I asked.

Cruising down the Baja coast is far different from cruising in the Pacific Northwest. The whole route is in the open Pacific. Swells roll in relentlessly. Fuel and supplies are scarce. Between Ensenada and Cabo, a distance of about 700nm, there’s not a single pleasure boat marina. Several good anchorages are available, and fuel can be arranged in some of them, but it’s a far cry from the Inside Passage.

In the winter, prevailing wind and current are from the north/northwest. Cruisers typically report that the run south is downhill and relatively comfortable. Northbound is a different story: the Baja Bash—a miserable multi-day slog right into prevailing conditions.

I’m traveling as part of the CUBAR, a group of about 35 powerboats heading south from San Diego to La Paz over a two-week period. San Diego Yacht Club organizes the event every other year. Traveling with other boats provides a measure of safety, particularly since many of the participants have traveled this route before and provide valuable local knowledge. The fleet is a mix of boat brands and types: everything from a 28’ Skipjack to an 80’ Ocean Alexander.

I’ve always liked Nordhavn boats. They are purpose built for ocean travel, which is rare among powerboats. Although this 40-footer is almost the same length as my Nordic Tug 37, it’s a much bigger boat. It’s a foot wider, weighs more than twice as much, and has a lot more room inside. The systems are different, too. Hydraulic fin stabilizers dampen roll, and if they fail a backup paravane system is fitted. A wing engine provides emergency backup propulsion should the main engine fail. Critical navigation equipment, like autopilot, radar, chartplotter, and depth sounder, are all duplicated. Windows are smaller and thicker so they’re better able to stand up to heavy seas. Fuel capacity is three times my Nordic Tug, and so is range. Everything about the Nordhavn is designed to make it safe for travel in the open ocean, where it’s not easy to duck into a sheltered port if the weather deteriorates. As someone who dreams of owning a Nordhavn one day and using it for a circumnavigation, I can’t imagine a better sea trial than a thousand miles in the Pacific Ocean. 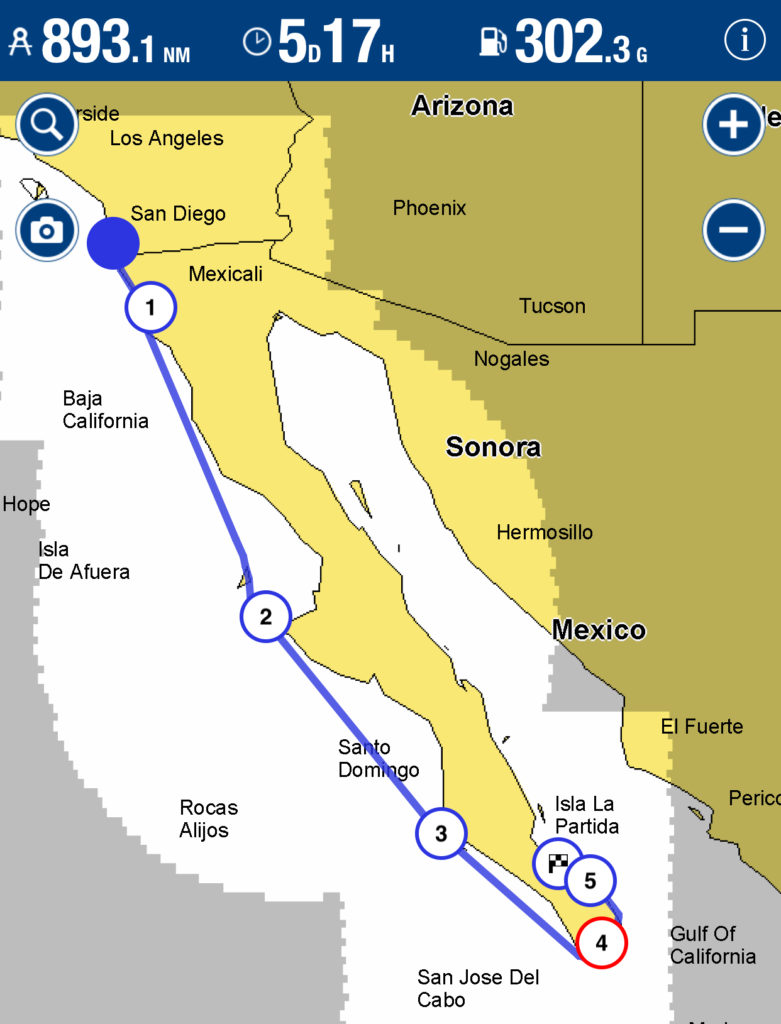 Stay tuned for day-by-day posts with impressions on cruising in Mexico, running overnight, the Nordhavn 40, and more!

5 thoughts on “Cruising the Baja Coast on a Nordhavn 40”