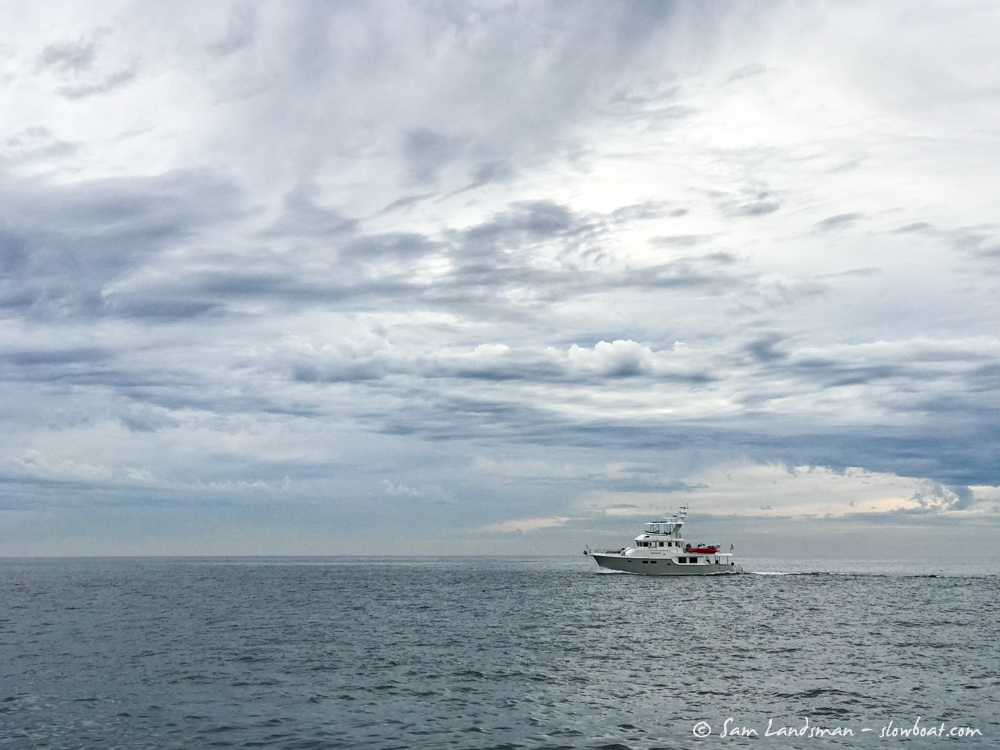 At four in the morning, the rumble of the Lugger main engine startled me awake. A few minutes later we slipped the lines and headed out of the marina in darkness.

San Diego is a busy port, even in the dark, and as we motored out the channel towards the ocean we passed several incoming vessels. Two radars, one set close in, the other further out, made collision avoidance easy. Notably, after years of refusing to transmit AIS, the U.S. Navy has finally changed their policy and the computer displays indicated several warships were operating in the bay. We gave them lots of room.

San Diego to Ensenada is about 65 nautical miles, or 10 hours in this boat. We left early so we’d have plenty of time to arrive in Ensenada in daylight and then clear customs. The trip down was uneventful and calm. A foot of chop, maybe, and almost no groundswell.

I spent much of the day acquainting myself with the boat. Engine room checks, running the Furuno NavNet TZ2 electronics and TimeZero software, electrical system, and so forth. The boat is well set up with lots of updated systems.

The engine room is particularly impressive. It’s big—not quite stand up, but with plenty of space to work on each side of the engine. The engine is an old-school diesel, the type that built diesel’s reputation for durability and longevity. It’s a John Deere tractor engine marinized by Seattle-based Lugger (best known for their Northern Lights generators) displacing 6.8 liters and making just 105hp. No turbos, no aftercoolers, no computer controls. There’s also a 30hp Yanmar “wing” engine, with its own shaft and prop, in case the main engine or transmission fails or we wrap something around the prop.

We arrived at Marina Coral in Ensenada around 2:30 in the afternoon, quickly tied up at our slip, and headed up to clear customs.  The process is far different in Mexico than it is in Canada or the United States. Way more paperwork and way less concern over what you’re carrying (no worries about food, booze, etc.). Best of all, the waiting area was an outdoor bar, where we sipped cold beer and margaritas to kill the time.

Once everyone settled in, we had a group dinner and discussed the coming days. The itinerary called for a rest day in Ensenada, but with concern over worsening weather everyone agreed to get underway tomorrow instead. The next leg of the trip is to Turtle Bay, 280 nautical miles distant. Most boats in the fleet travel at about 8 knots, making this a 35 hour run. We travel at 6.5 knots, adding 8 hours and stretching this into two nights underway rather than just one.

The itinerary is built around having plenty of time to buy fuel at each stop, but we don’t need fuel. In fact, we could cruise from San Diego to La Paz and back on the fuel we have onboard. Rather than rush down to Turtle Bay and wait for the rest of the fleet to fuel up, we decide to make a day hop to San Quintin tomorrow, then an overnight to Turtle Bay the following day.

San Quintin is 105 nautical miles (16 hours) away. We’ll be underway before sunrise… 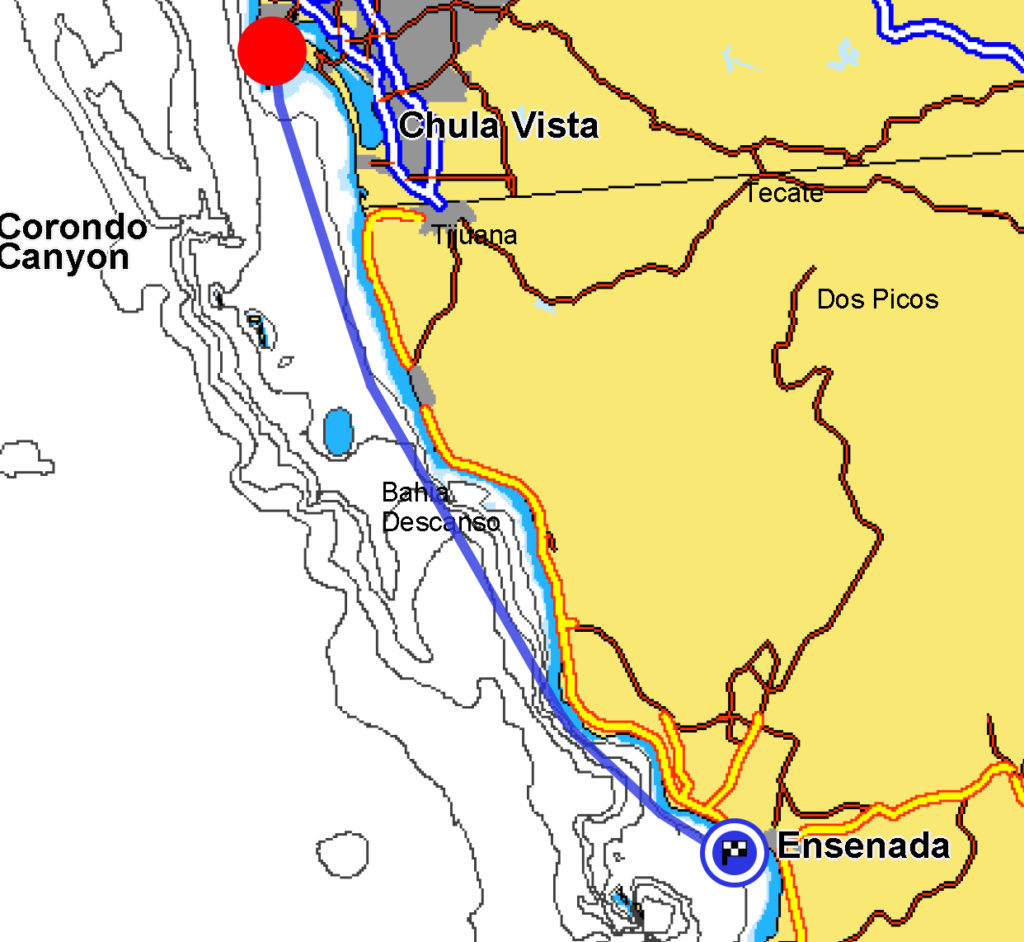