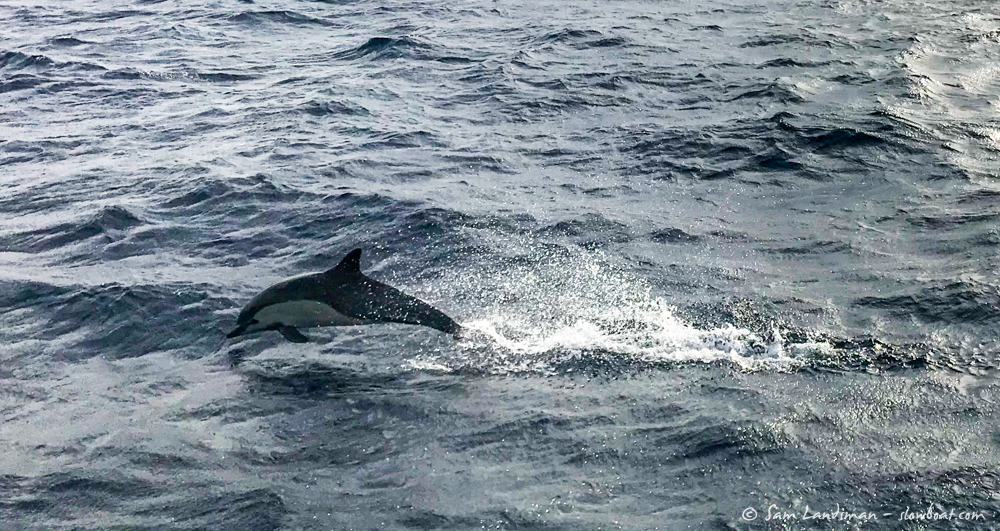 We didn’t intend to run 67 hours, but that’s what happened. And it was great.

Most people view overnight passages as an occasional, necessary evil. They can be exhausting. Running at night can be disorienting. Someone must stand watch at all times, watching the radar and other instruments and avoiding traffic. With just two of us on the boat, that means sleeping four hours at a time, then standing watch for four hours, then sleeping again.

Our bodies adjusted to the schedule quickly, even with some lumpy seas. Wind built to 20-25 knots with following seas to 10 feet on the first day. What I saw out the window should have tossed loose objects off counters and eliminated the possibility of rest, but the Nordhavn rode surprisingly well. Compared to my Nordic Tug, the rolling motion was remarkably smooth—not at all snappy—and the stabilizers did a good job of correcting roll before it became uncomfortable. Moving around the boat required holding on, but we could cook, shower, and sleep reasonably well.

Actually, I slept great. Maybe it’s the comforting hum of a slow-turning diesel engine, or the totally dark confines of the bunk room, but I fell asleep quickly and woke up four hours later refreshed and alert.

After the first night conditions improved dramatically. Wind under 15 knots and three foot swell behind us. Perfect.

Night watches, especially when it’s calm and clear, are magical. Running 50 miles offshore, far from any light pollution, the stars are brilliant. The best I’ve ever seen. They stretch from horizon to horizon, slowly moving through the sky as the hours tick by. This Nordhavn has a “Portuguese Bridge”—basically a waist-high coaming around the pilothouse that makes it safe for a watch stander to be outside even in lumpy seas, and I spent lots of time standing there in the warm breeze marveling at the sky, listening to the sea slip by. Words don’t do the experience justice.

We intended to do just one overnight to Turtle Bay. There we’d anchor for the night, then do another overnight the following day to Magdalena Bay. But as we neared Turtle Bay we decided to press on. We both felt good, conditions were calm, the boat was running great, and a few days sitting in one place sounded good.

How did we pass the time? Movies, reading, boat chores, napping. The time passed surprisingly quickly and we got into an easy, relaxing groove. I slept from about 6:00 p.m. until 10:00 p.m., stood watch from 10:00 p.m. until 2:00 a.m., and slept again from 2:00 a.m. until about 6:00 a.m. During the day watches were informal, and I found the settee in the pilothouse was a comfortable place to spend time reading or working on the computer while still keeping an eye on the instruments.

Ocean watches aren’t like cruising the Inside Passage. Off the coast of Baja there’s little traffic and few course changes. I set the primary radar at 8nm and the other at 1nm. Every few minutes I’d glance up from whatever I was doing and watch the radars for a few sweeps. As soon as a target came onto the screen, I’d track it and determine if a course change was needed, with the goal of keeping at least 1nm of separation. This boat has two of the latest-and-greatest Furuno radars and they work incredibly well. The 12kw, 4-foot open array picks up pangas reliably at 3nm even in lumpy seas. Nothing snuck into my 1nm exclusion zone.

The days slipped by effortlessly. On our third night at sea, we approached Magdalena Bay. At 1:00 a.m., 67 hours after we left San Quintin, we dropped the hook in Man of War Cove. I was relaxed and well rested. The passage was so comfortable and enjoyable that I was a little sad to see it end. That said, this is the first place on this trip where we’ll actually get to spend a some time, and it will be fun to get the toys in the water and find out what’s around us! 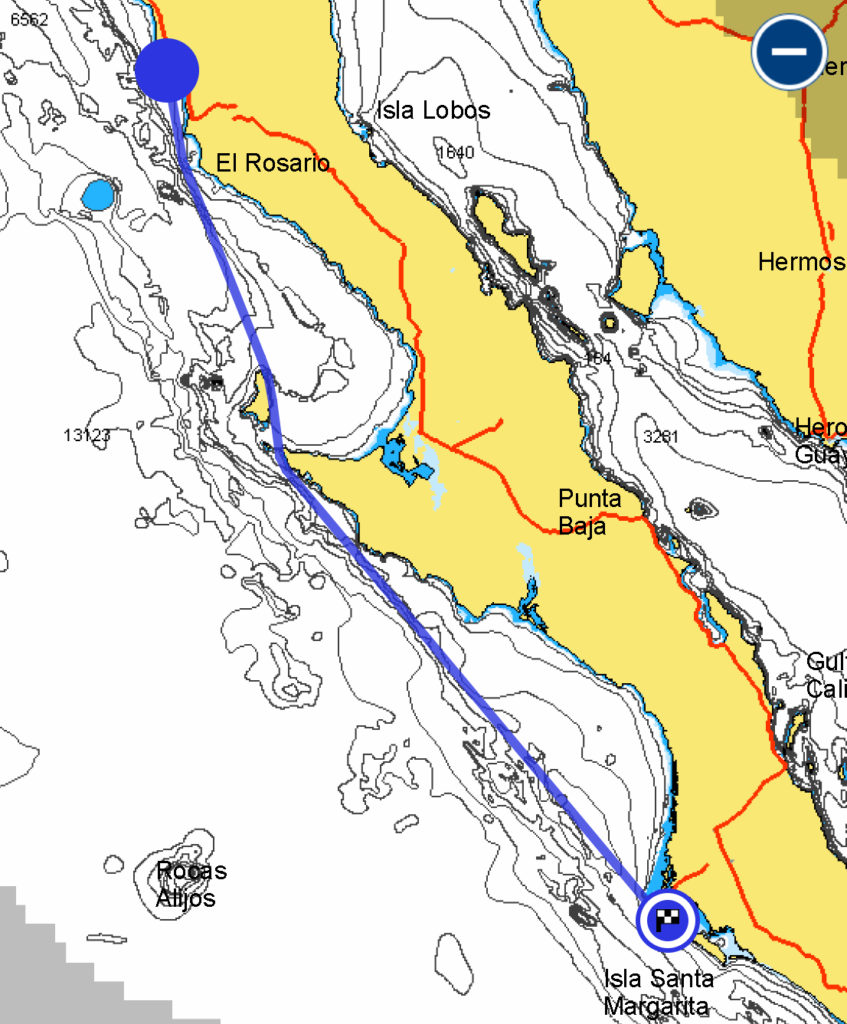