The last week has been a flurry of activity and near constant movement. Officially we’ve spent nights in two Mexican ports—Ensenada and San Quintin—but we’ve yet to really see anything in Mexico. In Ensenada, we cleared customs and went to dinner at the marina, never venturing more than a few hundred yards from the boat. In San Quintin, we arrived at night and departed before dawn, never actually seeing the town, let alone exploring on shore.

As wonderful as our passages down the coast have been, cruising (at least for me) is as much about the wildlife, culture, people, and places along the way as it is about the boating. I’ve really been looking forward to slowing down and going ashore.

I awoke just before sunrise and watched as the bay came into view. I had no idea what to expect. The cruising guide described a small village on shore, but I wasn’t prepared for just how small it was. Maybe 30 buildings. Some pangas on the beach. A few old trucks. Piles of fishing gear. The book said there might be a restaurant and/or a store, so after breakfast we launched the dinghy (a Gig Harbor sailing and rowing dinghy), kayak, and paddleboard and headed to the beach. 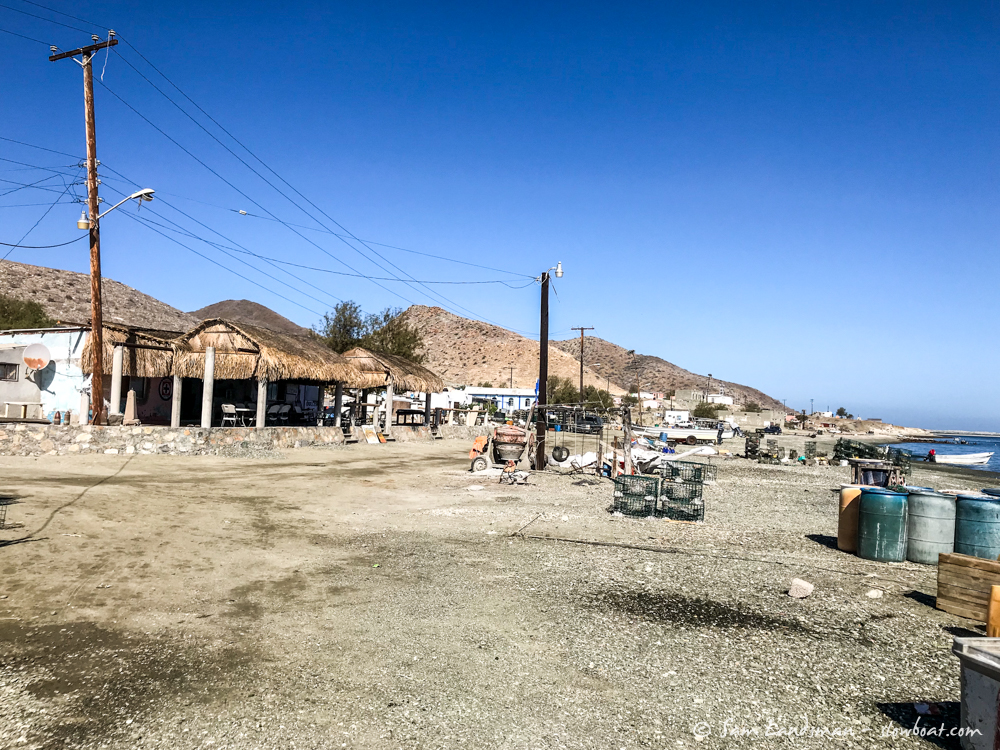 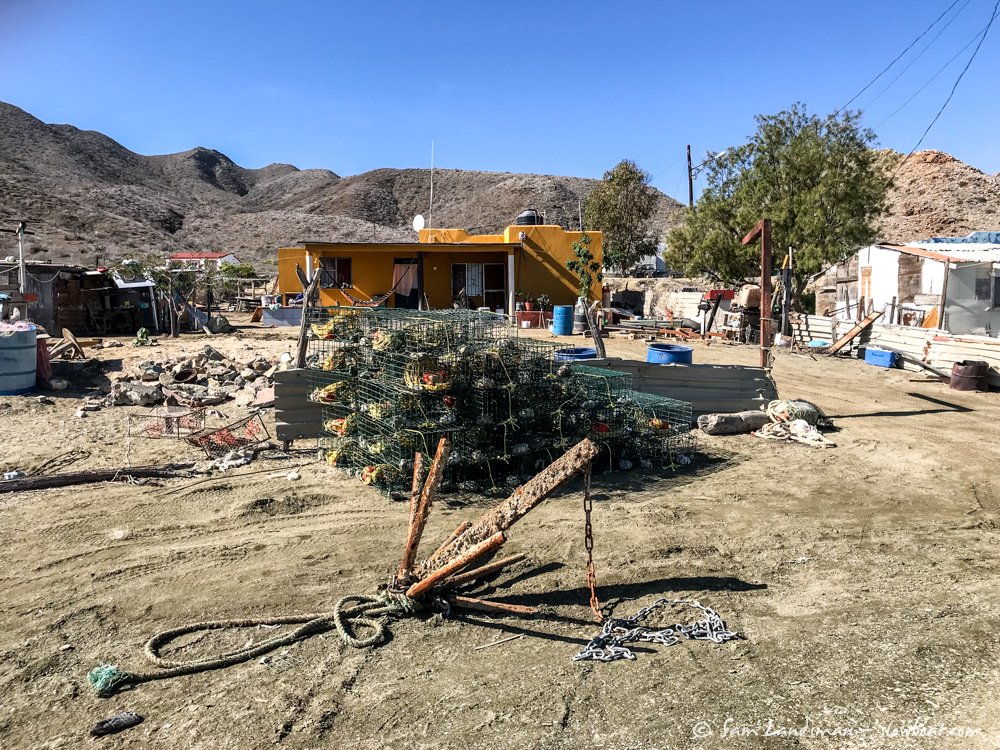 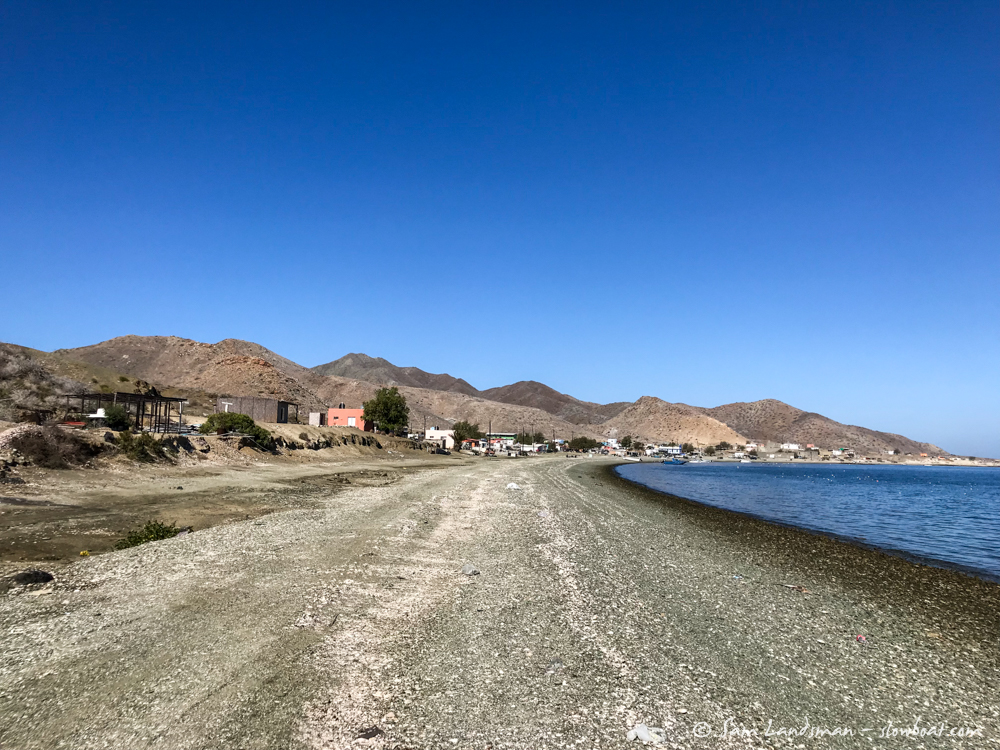 My Spanish is somewhere between poor and non-existent. I know a few basics—hola, gracias, cerveza, adios, me llamo Samuel—and that’s about it. The villagers’ English was on par with my Spanish. Communication was not easy. We wandered around for a few minutes and found the store, which specialized in candy and cup-a-noodles. The restaurant is a thatch-covered patio, but it wasn’t open. Tomorrow, they assured us. If you’re coming to Mag Bay, don’t expect any services.

On our way back to the boat we stopped by an anchored sailboat with a Vancouver hailing port to see if they had any local knowledge about restaurant hours, the port captain, or things to do nearby. They were buddy boating down the coast with friends on another sailboat, and we invited them all over for happy hour that evening. The camaraderie among cruisers is heartening in this age of seemingly endless conflict and disagreement. We had a great time swapping sea stories, finding common boating friends, and talking about plans for the upcoming cruising season.

The next day the CUBAR fleet caught up with us. Apparently aware of the invasion of wealthy gringos, food and booze miraculously appeared at the restaurant on shore and we paddled in to catch up with the group and learn about what we missed in Turtle Bay. Not much, it turns out. They reported it was a rolly anchorage with little to do on shore.

The morning after the CUBAR boats arrived we awoke to dozens of dolphins swimming through the bay. Much better than an alarm clock! 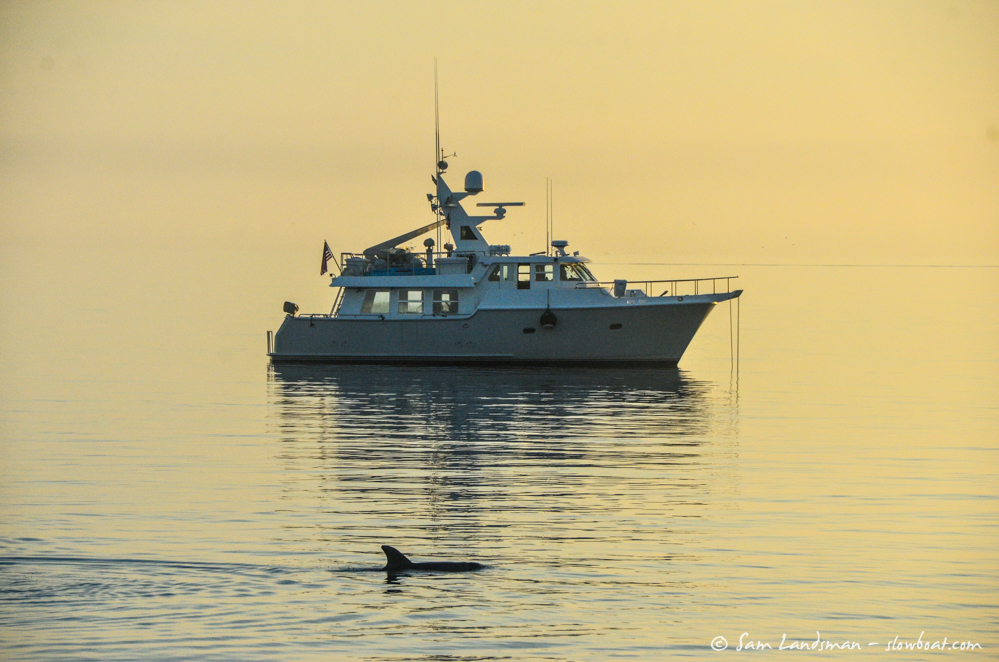 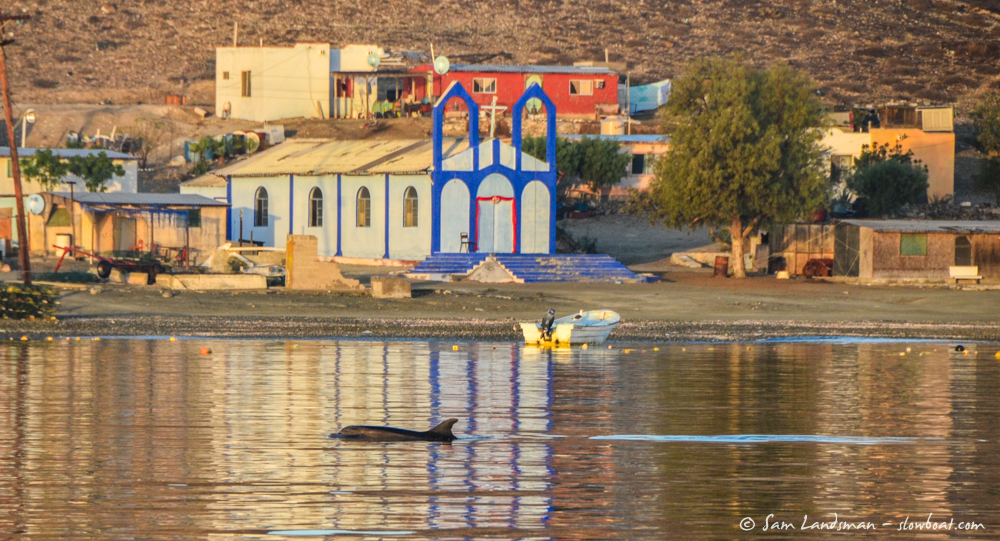 CUBAR organized a dinghy tour of a mangrove in Mag Bay. It wasn’t clear how far the trip would be, but it would be longer than we could paddle, so we hitched a ride with Peter and Laurie on Tanglewood. As if on cue, fog rolled in at the same time as the tour was to commence, causing mass confusion. Eventually everyone found their way. The tour ended up being many hours long, covering somewhere around 30nm. The highlight was a stop at a huge area of pristine sand dunes. We pulled the dinghy up to the dunes and walked around for half an hour in the warm sand. Magical! 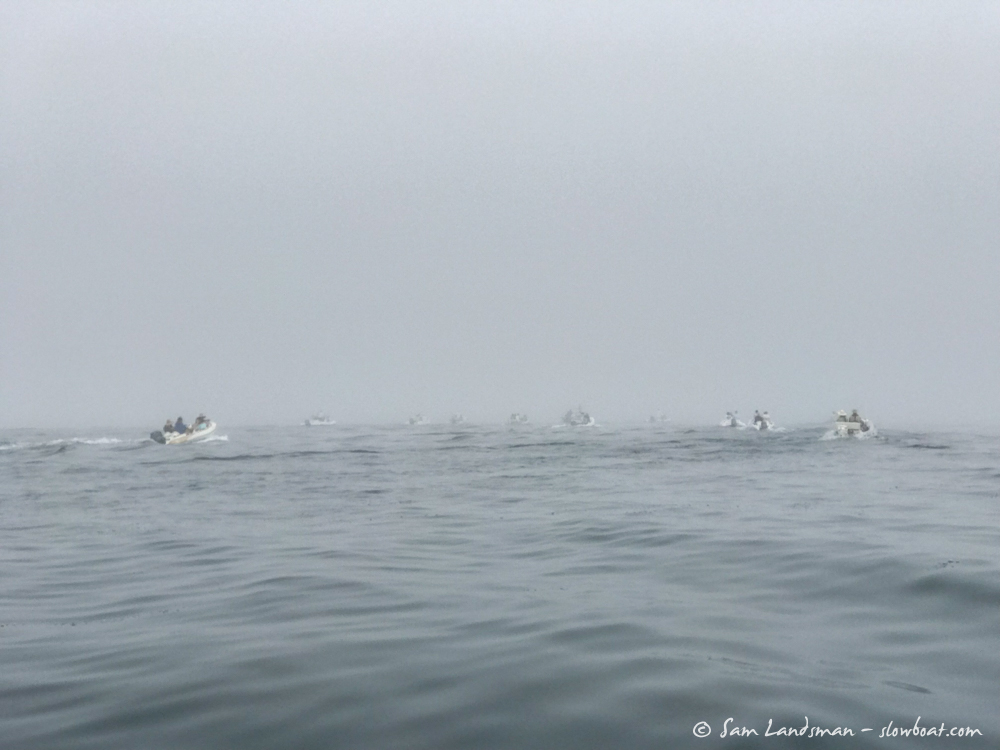 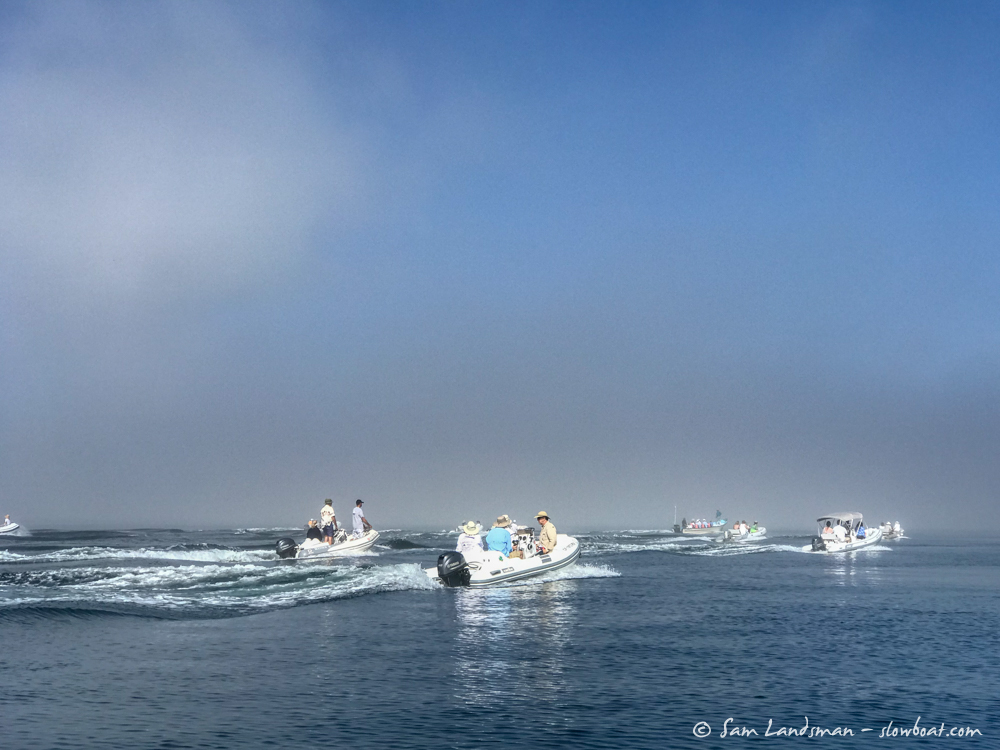 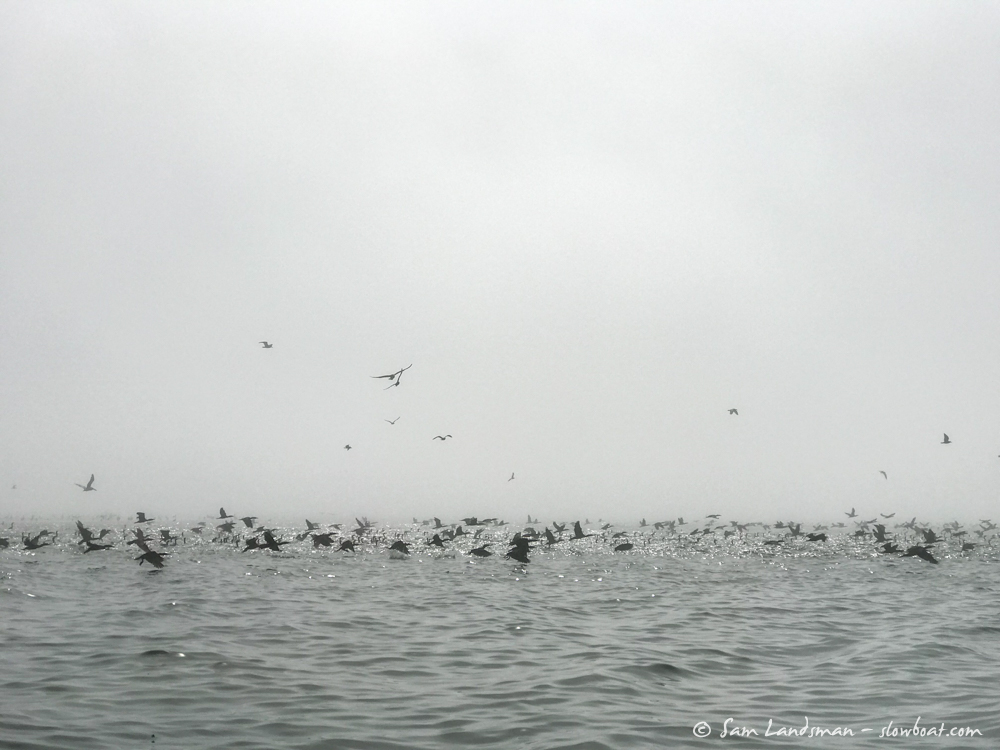 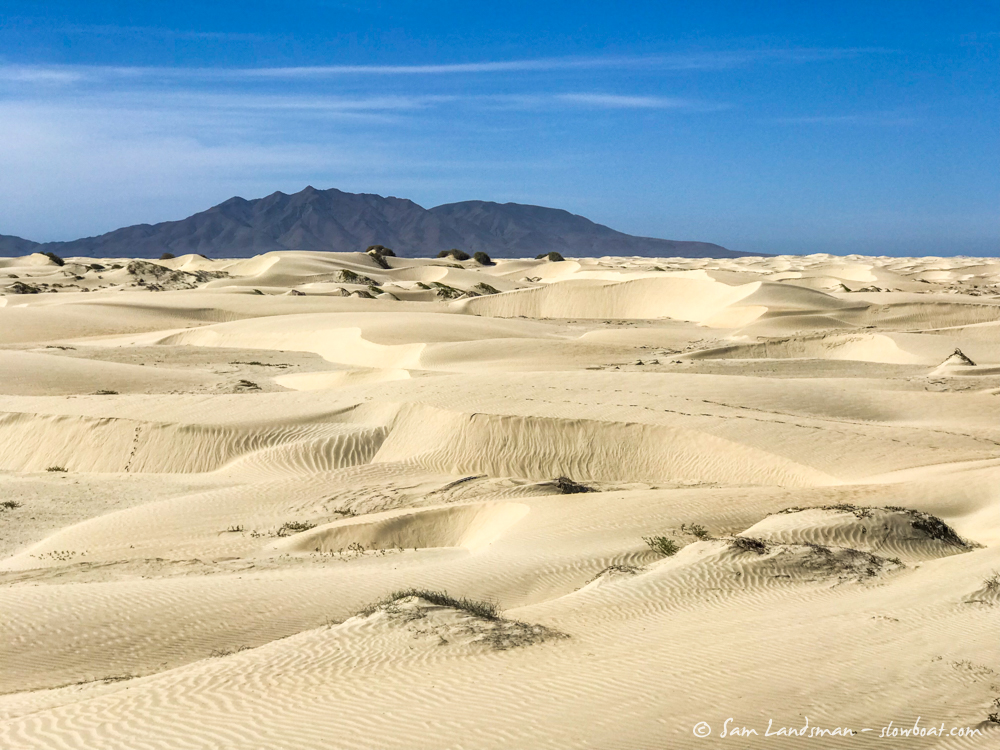 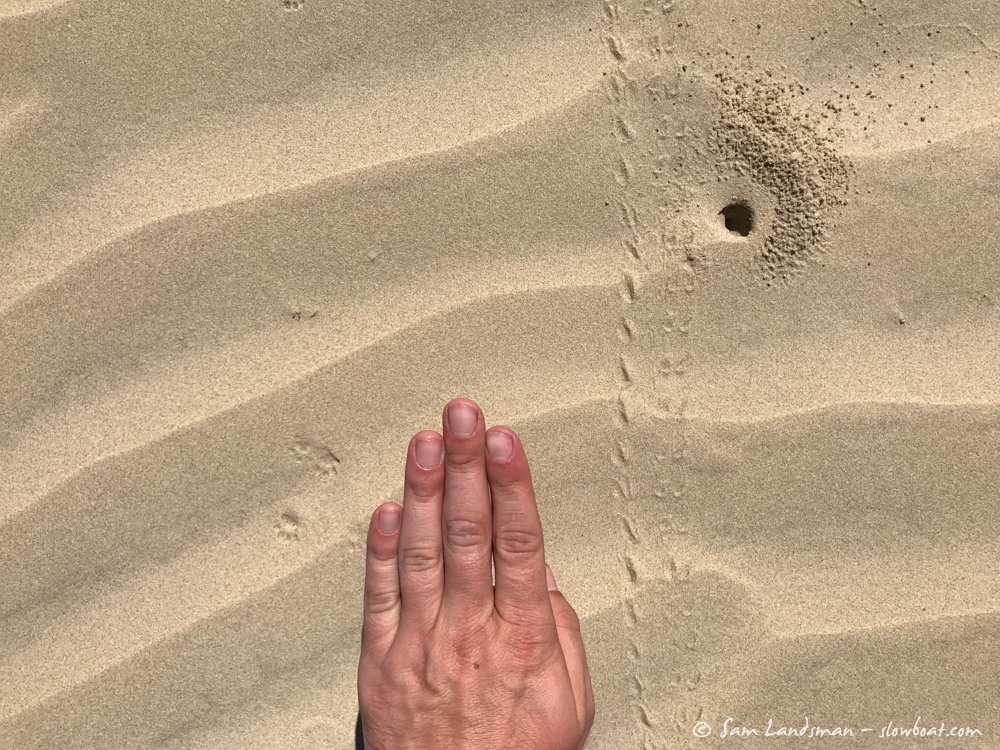 Three nights turned out to be a good length of time in Mag Bay. It’s enough time to relax, kayak, sail, swim, and see the sights on shore, but not so much time that we got bored.