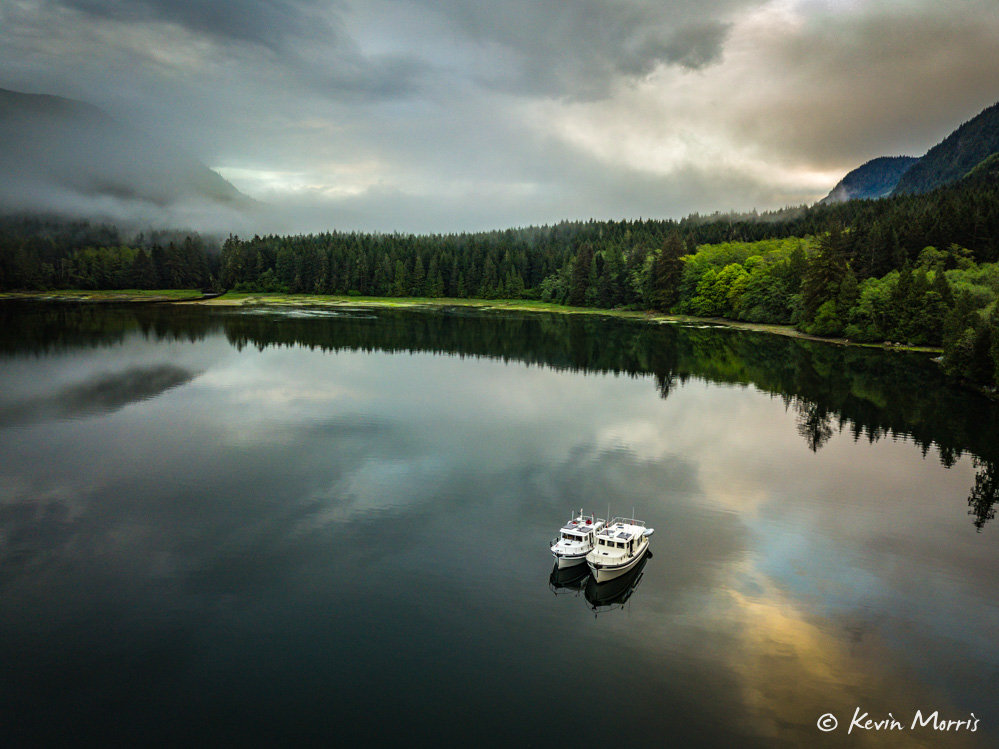 This is what the Cruising World has been waiting for! FIVE Boats. FIVE Rapids, One Day… and only ONE shot at slack….

Well, not really. But we did have a unique transit!

The most direct route is through Seymour Narrows and then Johnstone Strait, but it’s not well protected and not as scenic or interesting as the route we prefer. The route we take requires transiting five rapids. The first three—Yuculta, Gillard, and Dent—are the most hazardous, with maximum velocities around 12 knots, boat-eating whirlpools, and lots of turbulence. The second two—Greene Point and Whirlpool—are less hazardous but separated by enough distance that it’s impossible to hit them at the same slack. Timed properly none of these rapids pose a hazard. Timed poorly, and this is what you can expect:

The challenge on our route is that the rapids turn in the wrong order for a northbound transit. Dent turns first, then Gillard, then Yuculta. This means it’s impossible to hit them all at slack. Typically we aim to get to Dent Rapids at slack, and the rest of the timing falls into place. On big tidal exchanges, this means transiting Yuculta Rapids and Gillard Pass with a few knots of current. Click here to see a PDF of a presentation we use for explaining how to calculate the time of slack at each of the rapids and figure out when to leave. (Also, here’s a webinar/video where we explain the rapids in detail if you want more information.)

The trip up from Squirrel Cove was unusually fast (and unusually bumpy), with about 20 knots of wind from the south. Even after throttling way back, we arrived an hour earlier than we intended to and waiting in the 2-foot chop wasn’t super fun.

Luckily, this was one of the smallest tidal exchanges of the year. These rapids often run to speeds higher than 10 knots, but today’s exchanges were less than half that. That meant we had a really big window to transit the rapids.

A couple hours before slack, we watched a tug and barge motor through without any trouble. We couldn’t see any white water and we estimated the current was only running 2-3 knots. Airship headed in, confirmed that conditions were reasonable, and the rest of us followed. We had the current running against us, but other than a little more steering effort than is normally required (autopilots often don’t respond fast enough), we had an easy transit.

The next two rapids—Greene Point and Whirlpool—are much easier to deal with, since they don’t run as fast and they have a relatively laminar flow. Most of the time, we overnight somewhere between the first three rapids and the second two. Otherwise, given the distances, a slack transit at the first three rapids results in transiting the next two near maximum velocity.

But given the weak currents today, we could make all the rapids in one shot. We’d get to Greene Point a little before max and Whirlpool a little after. The current would be going with us at about three knots…free fuel! The timing worked out perfectly. Turbulence at Greene Point and Whirlpool was minimal, and we got the big boost in speed.

Our destination for the night was Forward Harbour, a scenic (though not stunning) anchorage strategically located near the entrance to Johnstone Strait. Tomorrow we’ll head to the Broughtons. 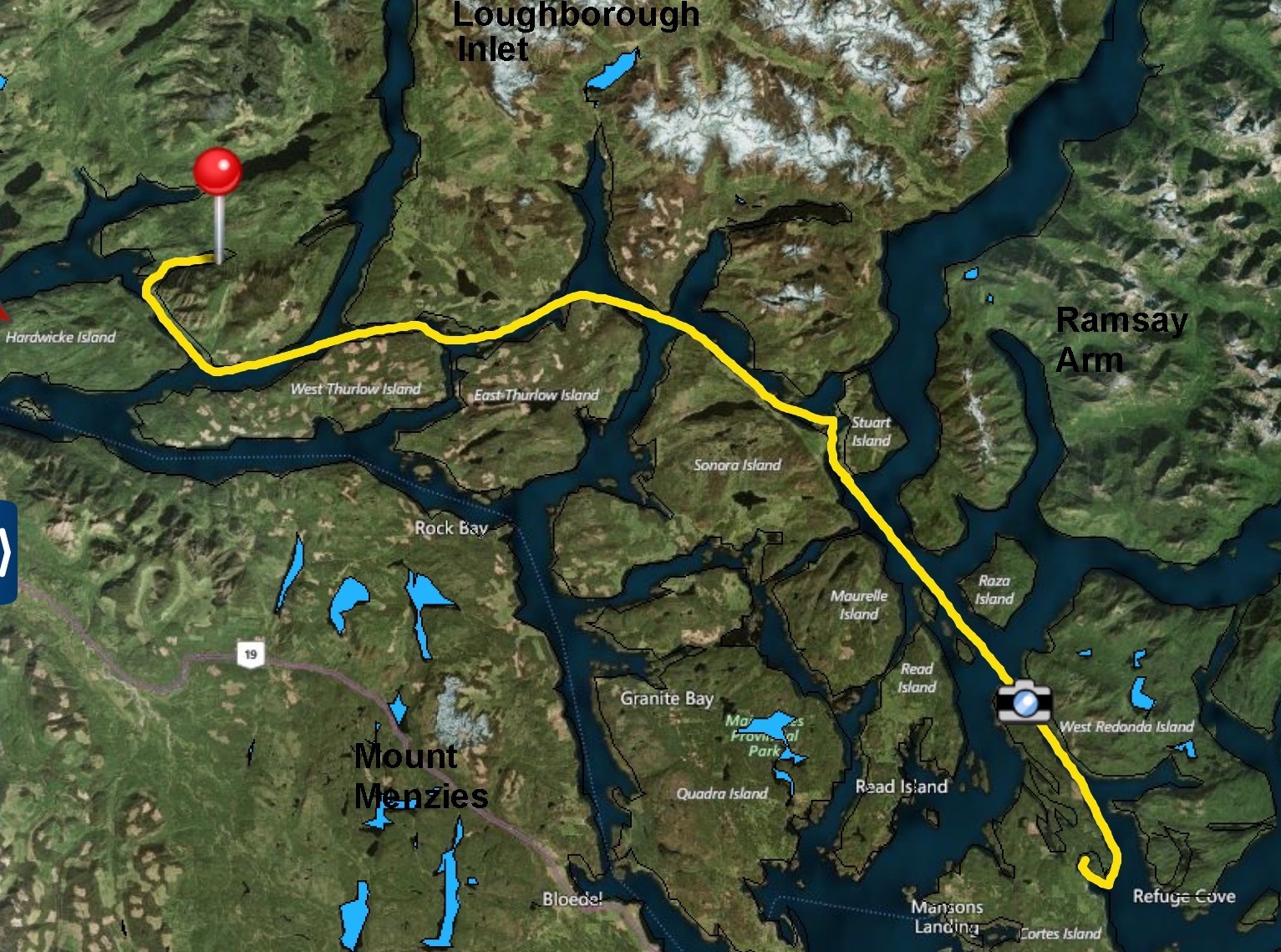