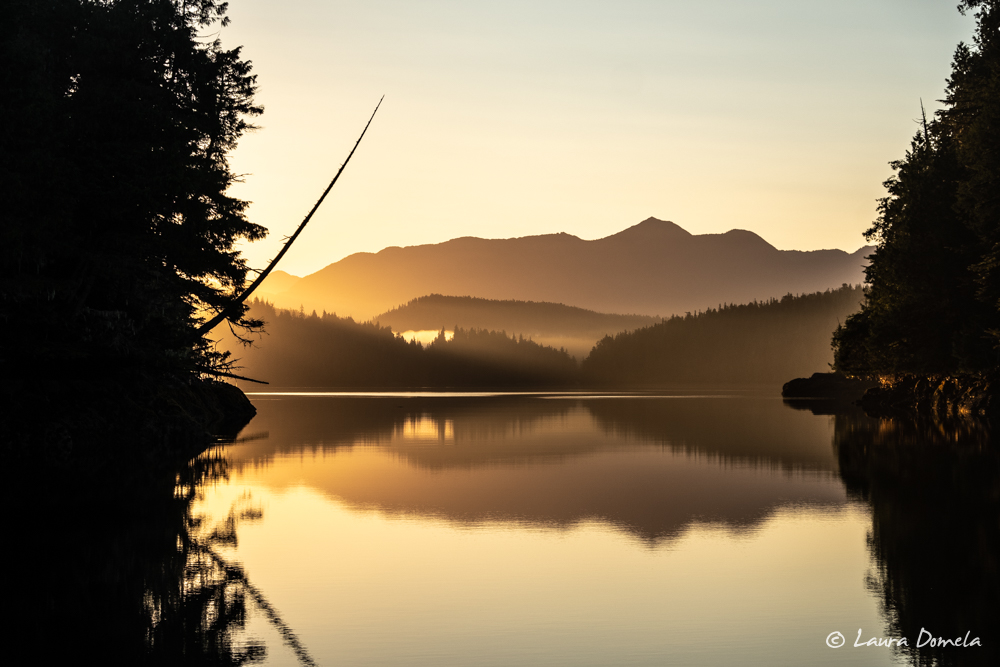 The forecast for Cape Caution wasn’t bad, but it wasn’t good either. Wind northwest 15-25 knots, diminishing to 10 knots in the morning, and increasing to 15 in the afternoon. Seas 1-2 meters.

Windy showed a short period of calm wind close to shore, but it didn’t extend very far offshore, didn’t start until about four in the morning, and ended by the early afternoon. Our concern was that even if the winds were calm, the seas would still be large and lumpy, since it takes awhile for the waves to die off after the wind calms down. And if the wind was blowing a few miles seaward of us, the swells would roll right in.

But this seemed like our best option. The following days looked worse, and we needed to get south.

We woke up to total calm in Big Frypan Bay. We listed to the weather reports: Egg Island, wind three knots, one foot chop. Pine Island was about the same. Nice! West Sea Otter Buoy, well offshore of our route, wasn’t so nice. Wind northwest gusting to the mid 20s, and six footers at six seconds. Based on the lightstation reports, we decided to give it a shot.

Thankfully, conditions were better than expected! We had a bit of wind from the southeast, some fog, and occasionally confused seas, but the ride was generally pretty good. Once we got south of Cape Caution we had following seas, and the ride was downright comfortable!

We departed without a clear idea of where we’d go. Ultimately we settled on Skull Cove, a small anchorage on Bramham Island. The area gets pummeled by ocean swells, and the rocky, rugged scenery is gorgeous. 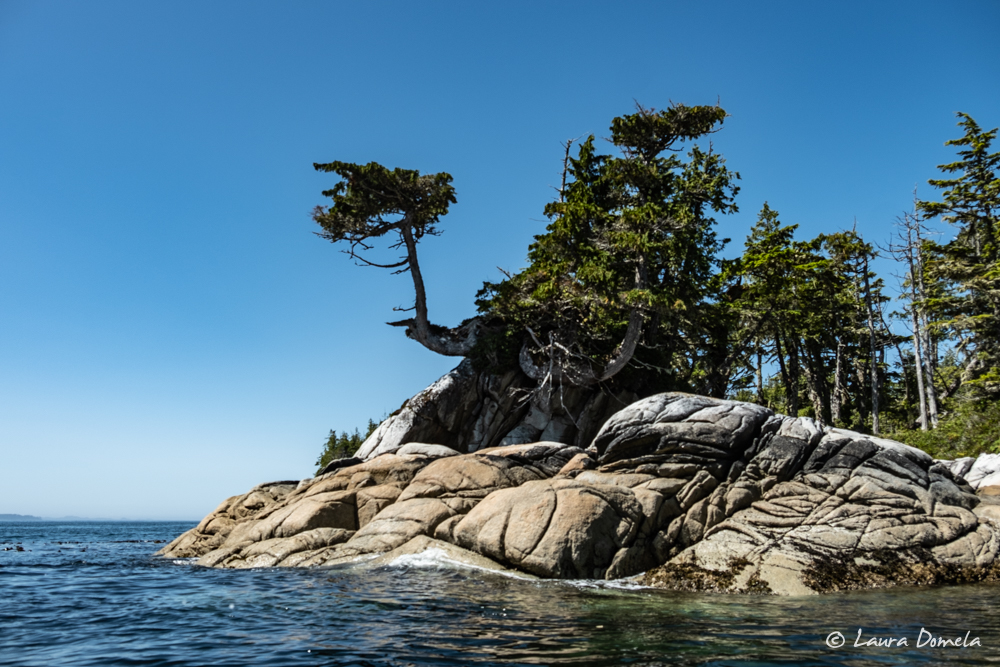 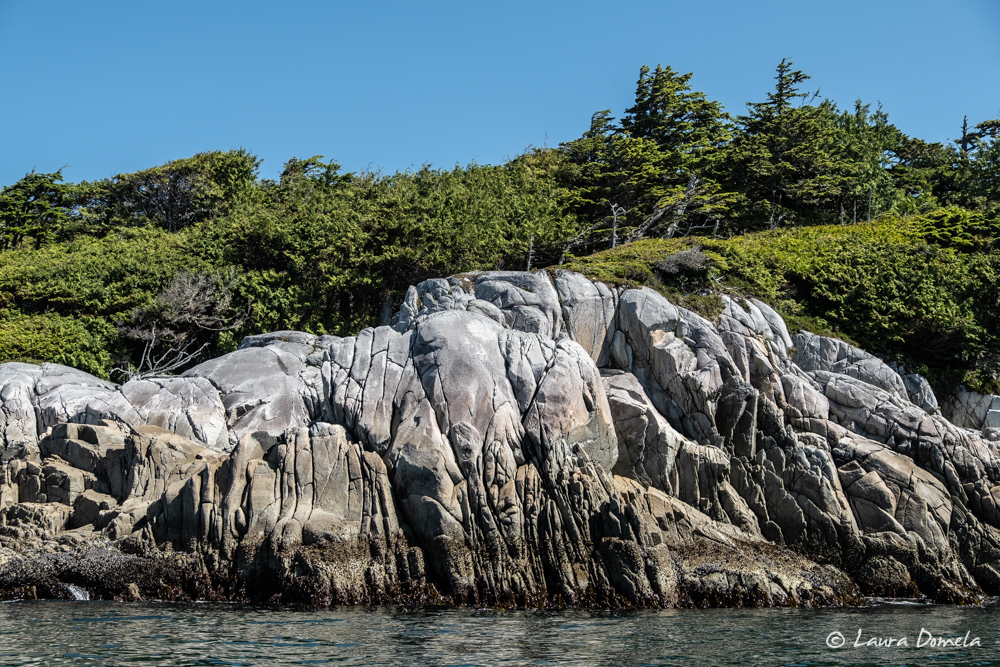 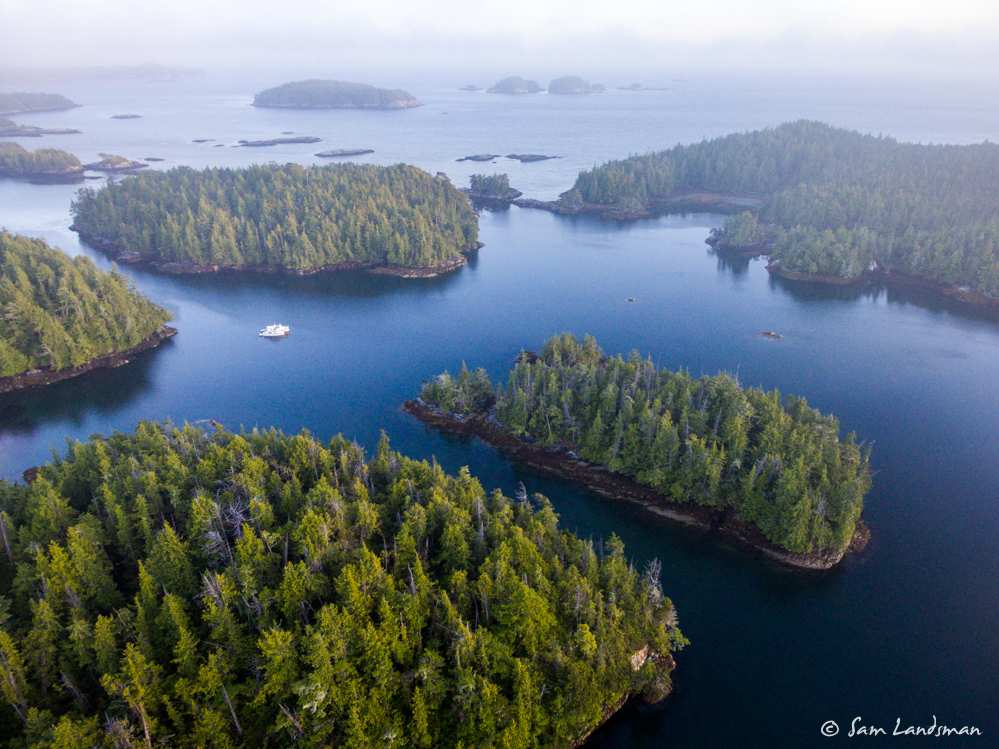 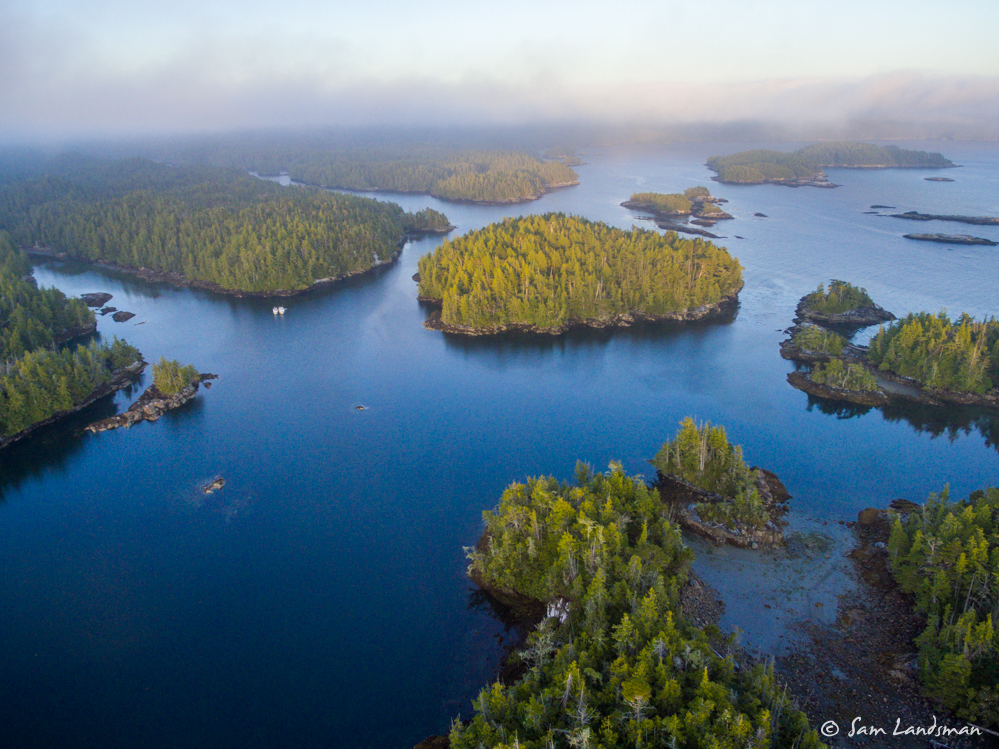 After we were anchored and rafted, we took off in the dinghies to explore neighboring Miles Inlet, Allison Harbour, and many of the small island clusters outside of Skull Cove. 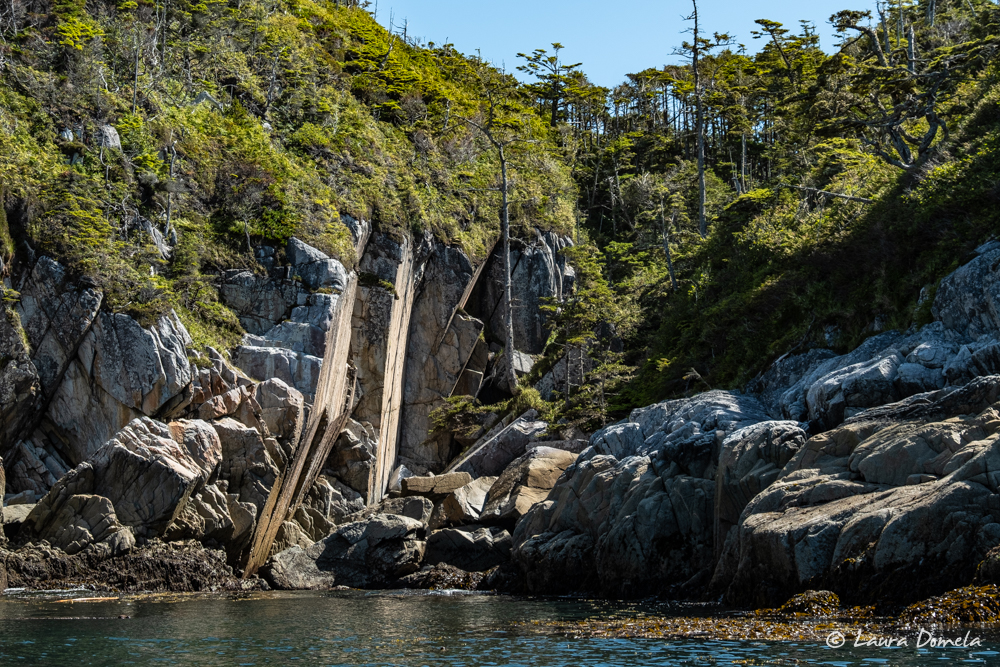 The chart showed a small anchorage and a couple of lagoons in Miles Inlet. Unfortunately, we arrived at the wrong time, and couldn’t get into either lagoon. It looks like there’s a pretty small window of opportunity at high water to get in and out of these lagoons.

These pictures show the entrance to the north lagoon: 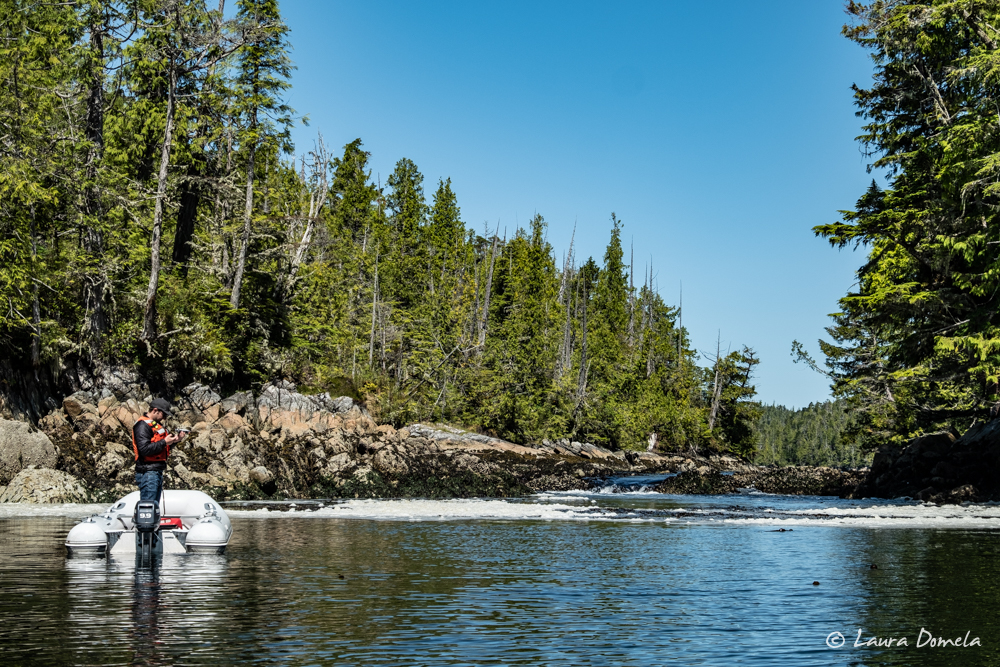 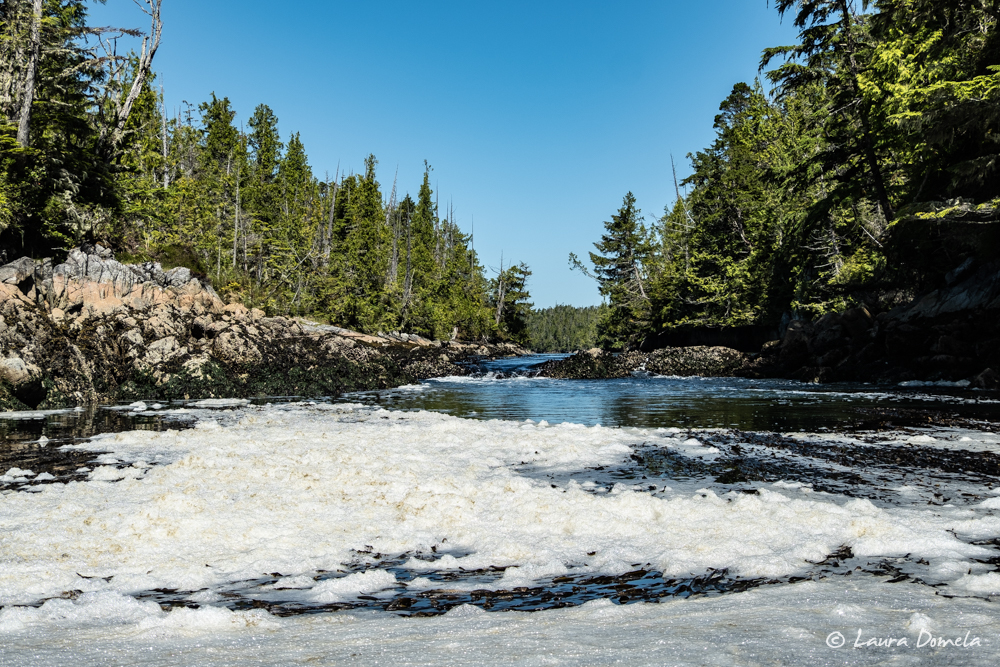 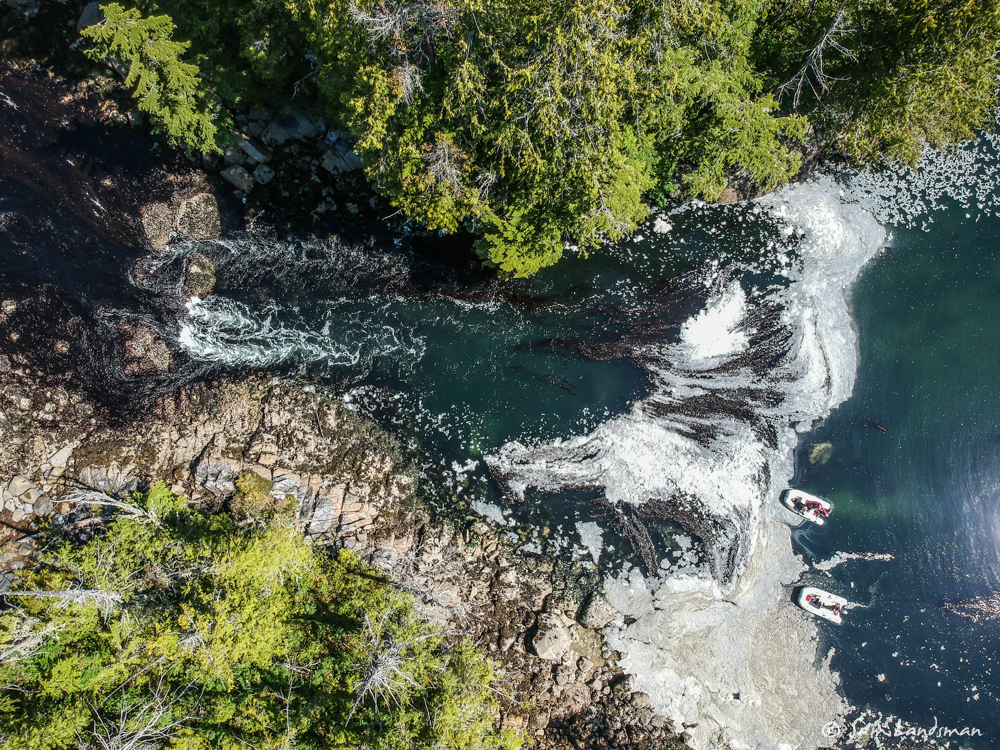 And the south lagoon: 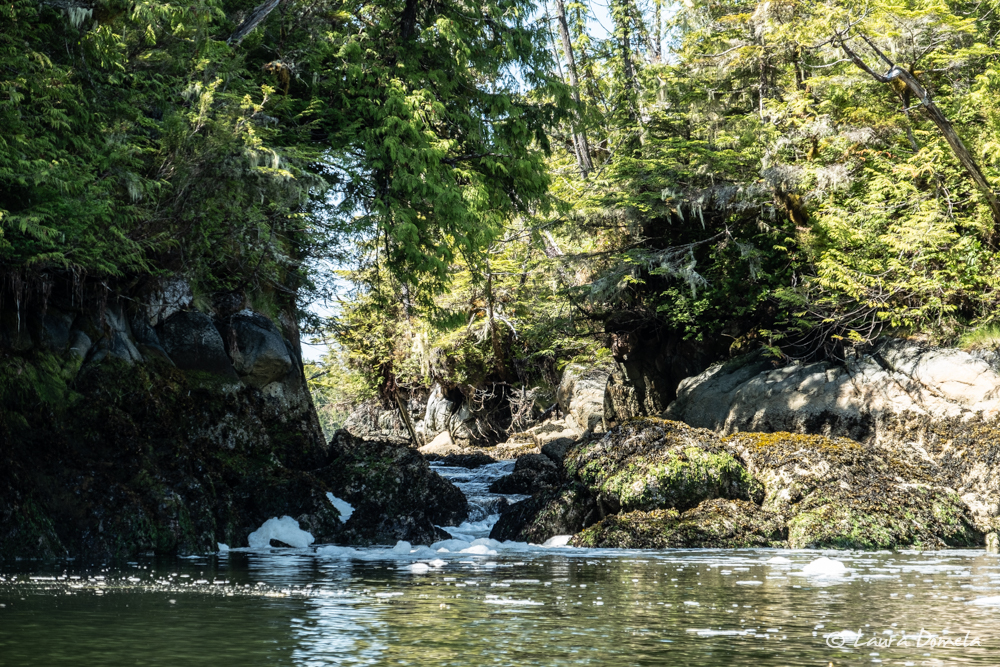 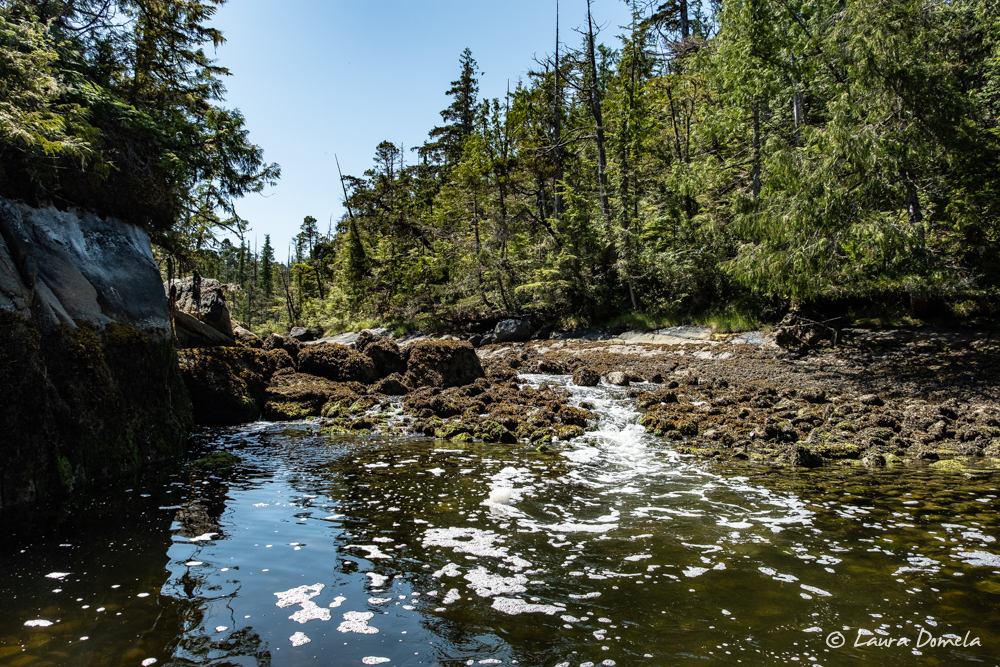 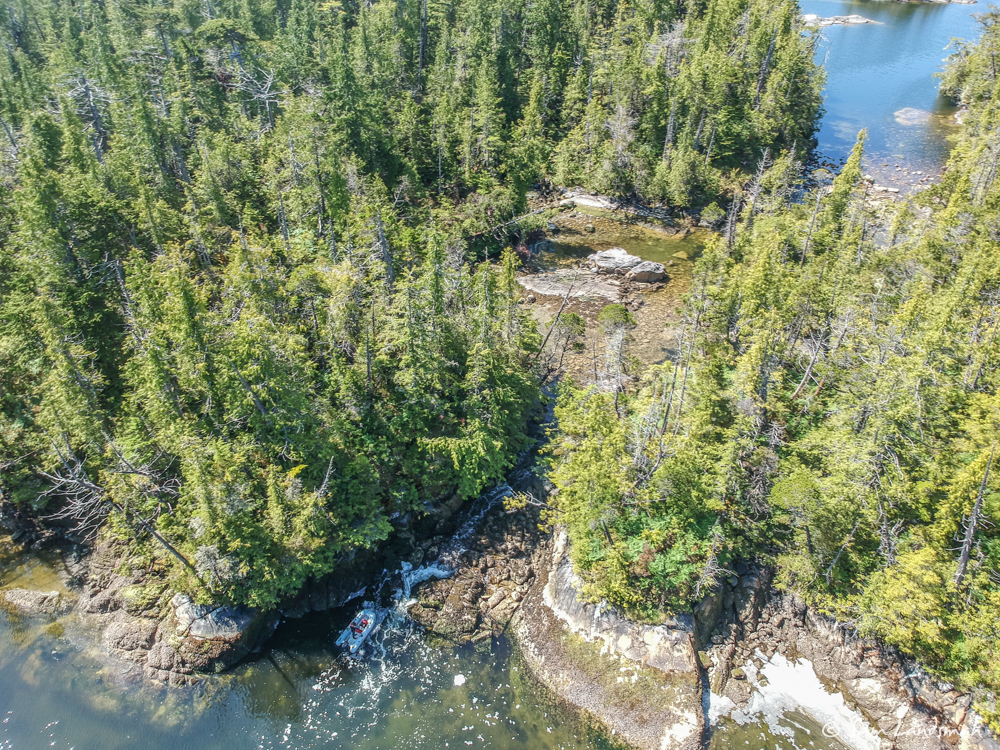 Then we took the dinghies to Allison Harbour. It’s a fine anchorage, well protected with tons of room, but the scenery is unremarkable compared to other nearby options.

Sam spotted this rock caught between two islands as we were on our way back to Skull Cove, so we all went in a for a closer look. 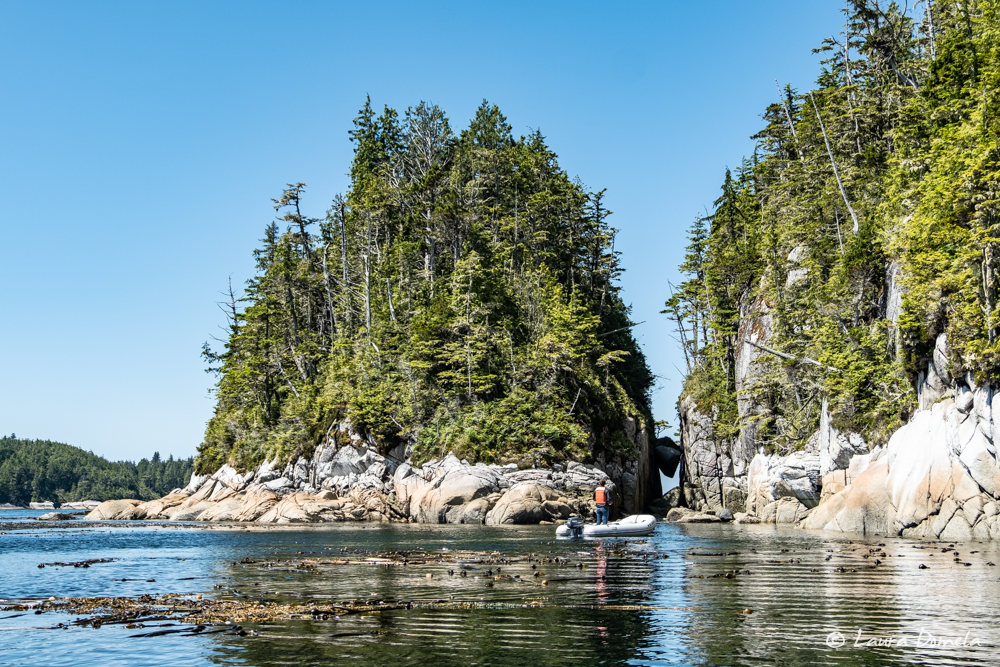 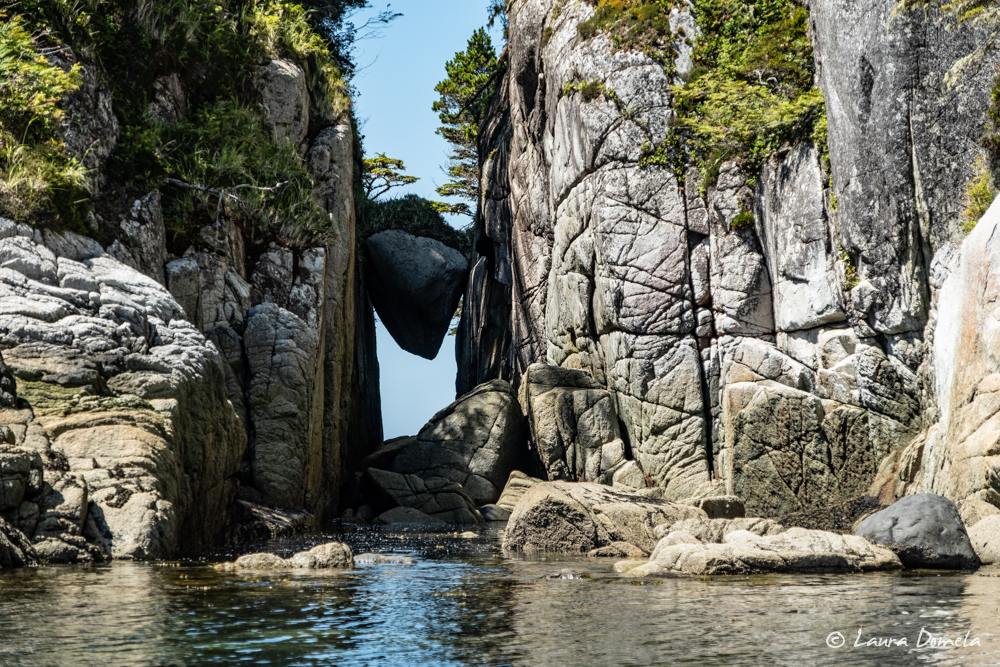 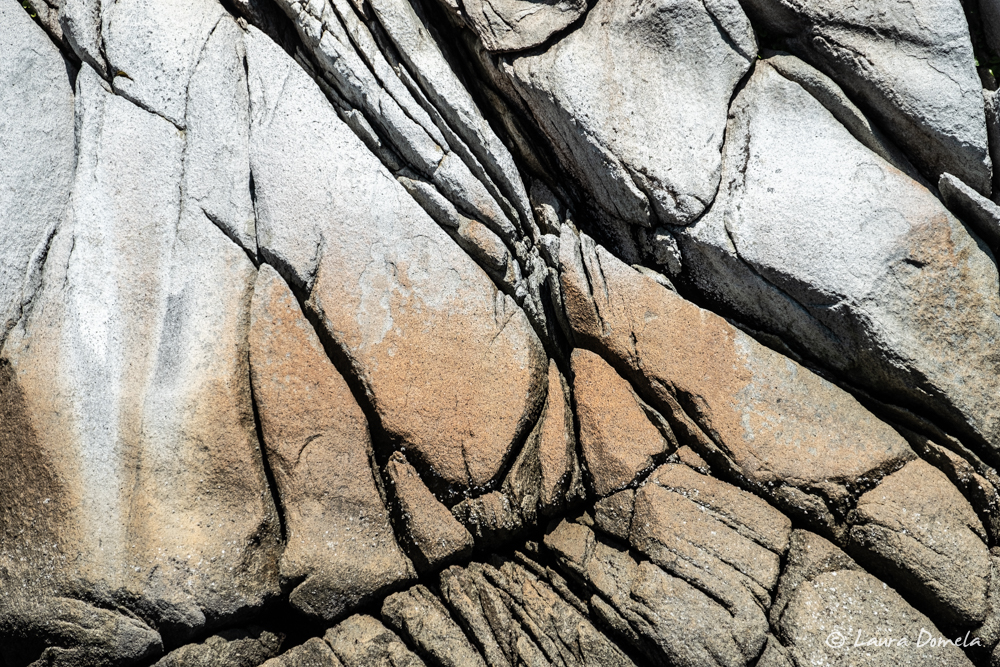 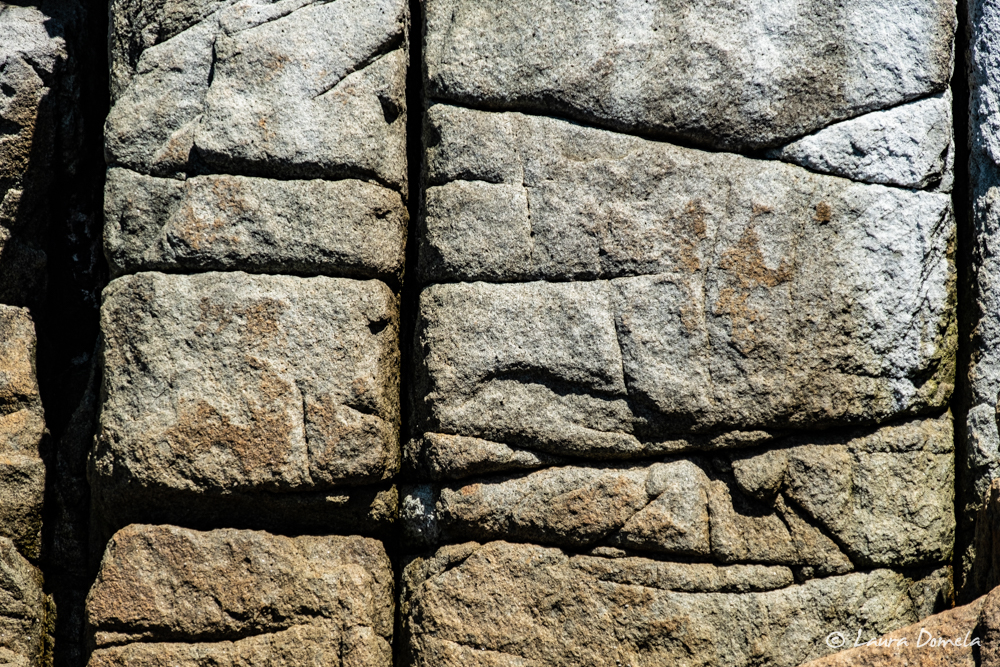 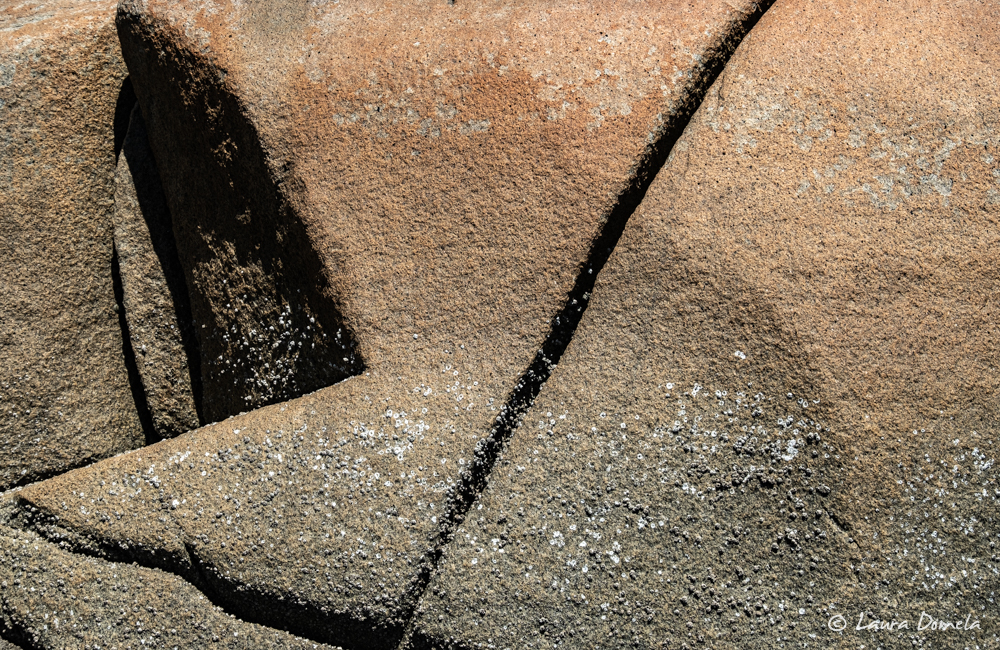 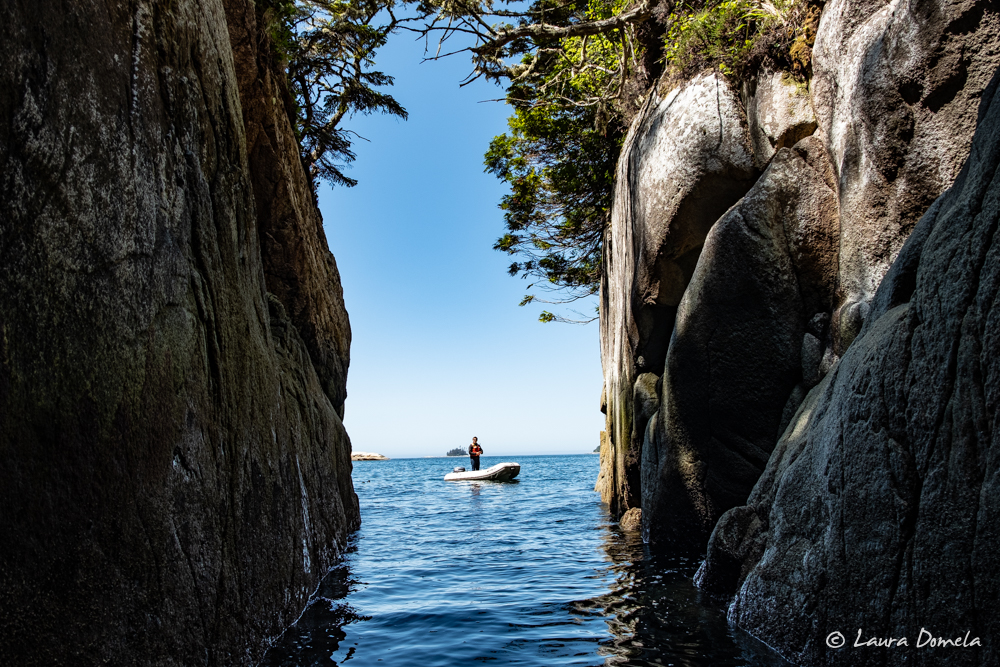 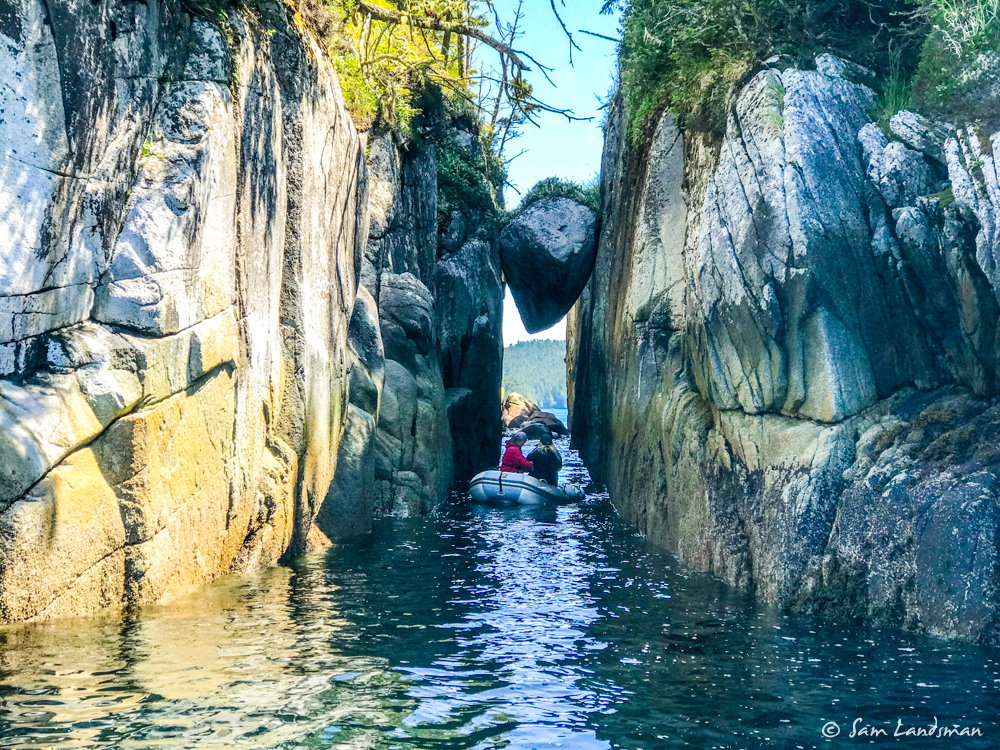 For dinner we pulled out some of our previously caught halibut and used some for ceviche and grilled the rest, then served with some roasted potatoes and garlic. We had one ear of grilled corn leftover from the night before, so Laura shaved off those kernels and added them to Sam’s “ceviche” instead of halibut, since Sam doesn’t eat fish–turned out great! “Corn ceviche”!