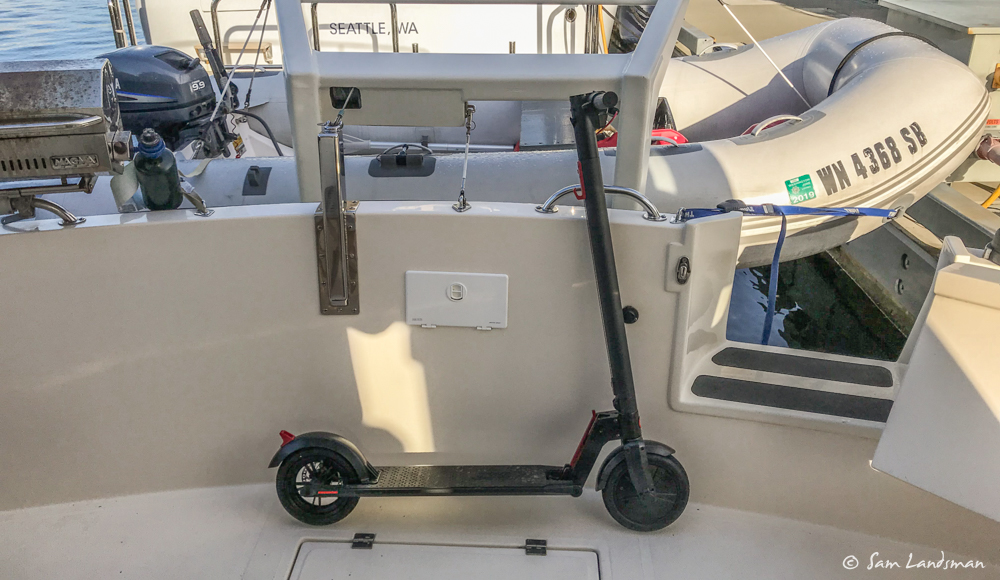 Upon arriving in a new port, I, like most cruisers, usually want to explore ashore. Sometimes there are chores to do, other times there are specific attractions, and often I just want to get the feeling of a place. Regardless, land transportation quickly becomes an issue, especially if the supermarket, chandlery, or attraction is beyond easy walking distance. For years I carried a Dahon Mariner folding bike, but seldom used it. It was awkward to remove from the lazarette and, like all non-electric bikes, required lots of peddling. Cabs or Uber sometimes work, but the costs add up, and they’re often hard to find or unavailable entirely.

I’d been thinking about getting a folding electric bike, but where to store it? It’d inevitably end up in the lazarette, buried under other stuff, too difficult to remove for a quick outing.

Last fall, when I returned from summer cruising, shared electric scooters had popped up in many cities. Bird, Lime, and others offered these dockless scooter rentals and after riding one I realized an electric scooter might be an ideal land transportation solution for cruisers. After a bit of research, I ordered a GoTrax GXL scooter to test my theory. 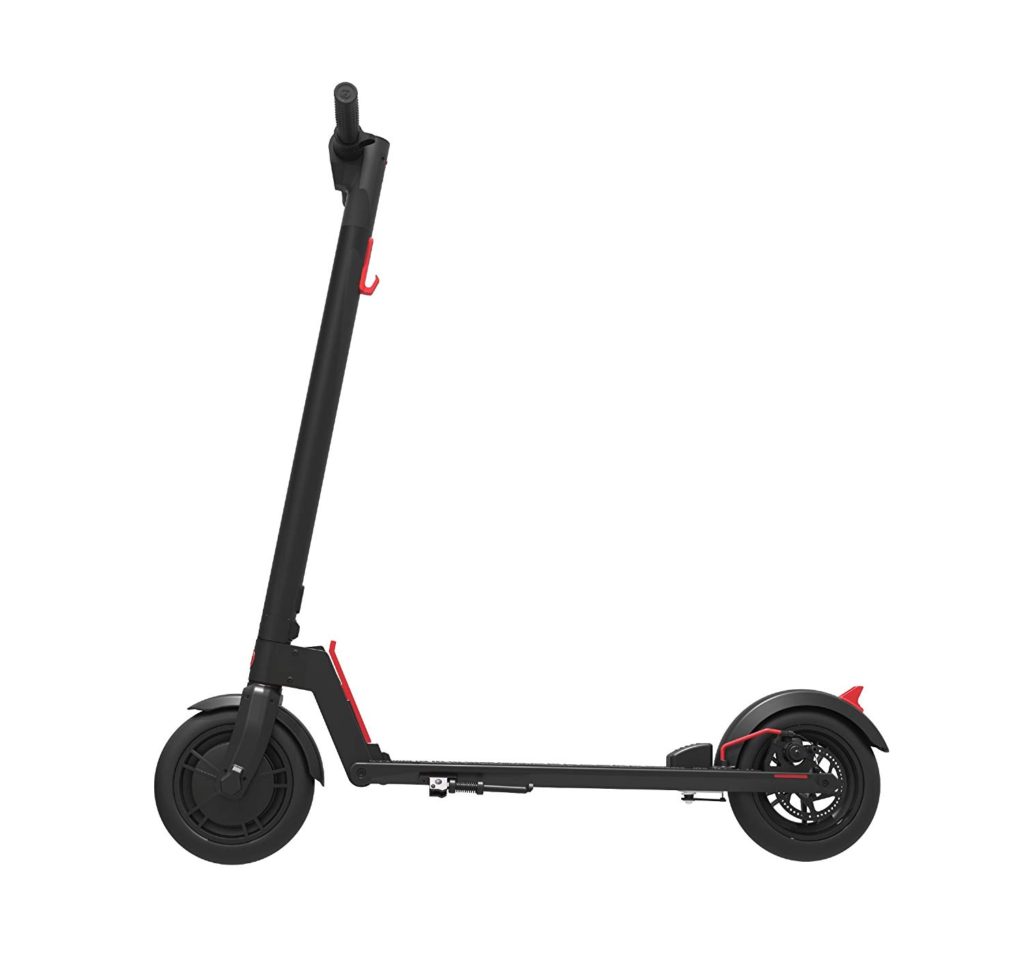 Compared to an electric folding bike, the scooter is much simpler and cheaper. Folding the handlebars up or down takes about five seconds, far quicker than the folding bikes I’ve seen. This is a benefit not just for storing on the boat, but also when you visit a store or restaurant. Rather than leaving the scooter outside, vulnerable to theft, it’s easy to fold it up and put it in a grocery cart or slip it under a table at a restaurant.

At just 25 pounds, it’s easy to lift. At anchor? No worries! It’s easy to put the scooter in the dinghy and carry it ashore.

It’s also fun! After a quick kick, the electric motor takes over and whisks you to more than 15mph, which feels faster on a scooter than it might sound. It’s agile, easy to ride (lots of dock neighbors have taken it for a spin!), and quiet. With relatively large air-filled tires, it glides over road imperfections and even off small curbs easily, although without a suspension the ride can occasionally be jarring.

I’ve been using the scooter for several months now, often for the 4.5 mile trip from downtown Seattle to the boat at Salmon Bay Marine Center, and it’s working great! It’s shrugged off rain and deep puddles, a few minor bumps, and the occasional off-road foray without consequence.

What’s not so great?

It doesn’t climb steep hills particularly well, sometimes requiring a few extra kicks (or walking it) to get to the top. A headwind slows it down. It doesn’t have any ability to carry panniers, so carrying cargo is pretty much limited to what can be carried on the rider’s back. Many companies are now making electric scooters, some of which include more powerful motors (addresses the hill climbing and headwind issues), suspensions, user-replaceable batteries to add range, and more. Most of these cost more than the $350 GoTrax GXL, but the additional features and capability may be worthwhile. But so far, the GoTrax has proven remarkably useful, saving a fortune in Uber rides and opening up options in upon arriving in a new port. I’m already imaging how much easier chores will be next summer!