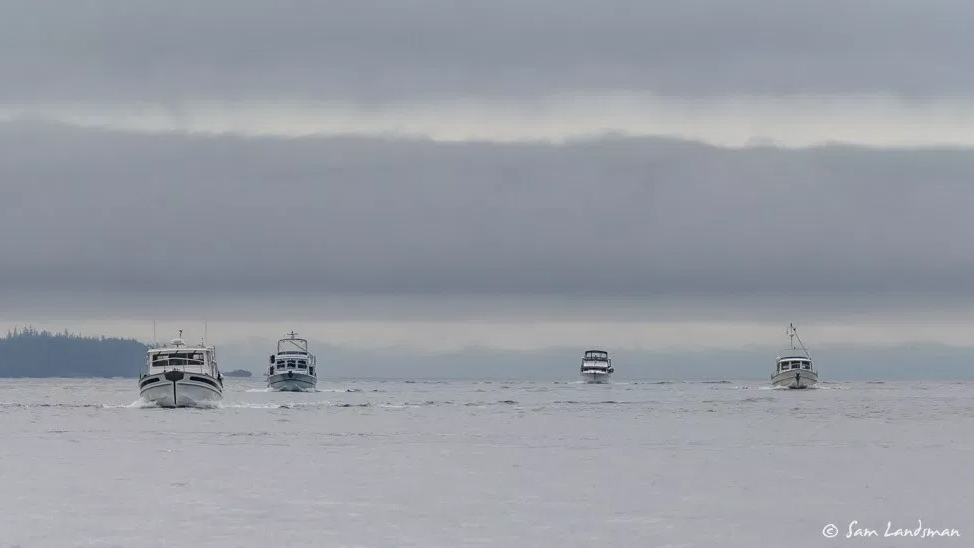 We’ve had really good weather at all the gates so far. We had to wait, but the Strait of Georgia ended up being lake-like. Johnstone Strait was placid. Cape Caution had a bit of swell: the boats definitely moved, but there was almost no wind or wind chop. For the last week, we’ve scarcely seen more than a ripple on the water. So the pressure is on: can we make it to Alaska without venturing out in any rough water?

The challenge is to be patient until the weather is good, then move decisively. A couple days ago, when we were passing Hartley Bay, today looked like a nearly perfect day for crossing Dixon Entrance. Winds under 10 knots in the morning, building to perhaps 15 knots in the afternoon. Conditions looked pretty much the same all the way across Dixon Entrance to the north end of Haida Gwaii. By afternoon, our route still looked good, but the wind was supposed to be roaring further offshore, potentially creating swells that would sweep east towards us.

We left Kelp Passage Cove early—about 5:00 a.m.—and it was totally worth it. Wind gusted to 7 knots. We had no wind waves. Green Island said seas rippled. The swell was low, lazy, and short-lived. 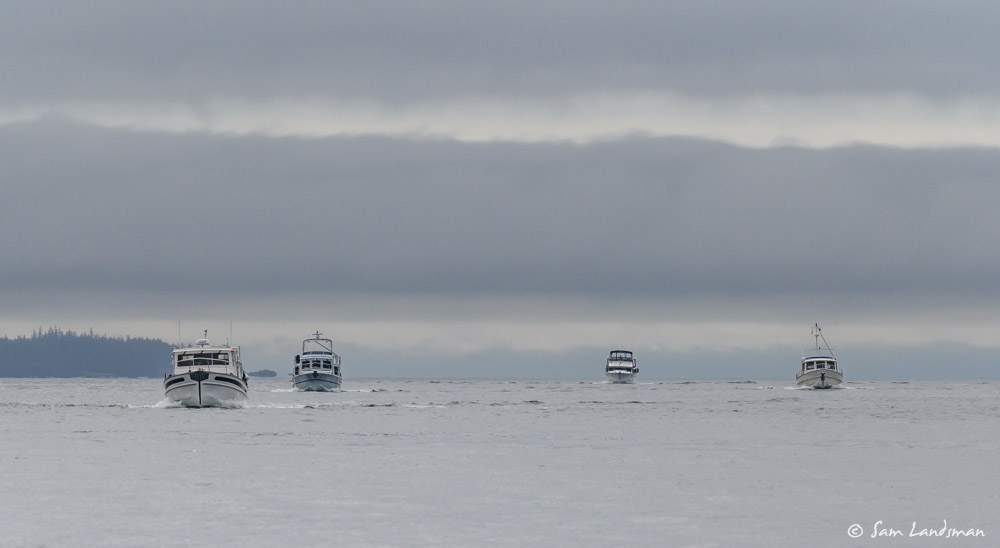 The weather is only part of the puzzle at Dixon Entrance. There’s also the US/Canadian border. It’s not like crossing the border between Washington and BC, where there are half a dozen ports of entry. Here, there’s just Ketchikan, but it’s too far to reach in a day. Thankfully, US Customs in Ketchikan is understanding, and historically have allowed cruisers to stop in Foggy Bay before clearing customs (with a phone call asking for permission).

Now, though, it’s easier. We all cleared via ROAM, the new USCBP app. It worked perfectly and USCBP was glad to have people using it. Each boat followed the prompts and was issued a clearance number via email. Brilliant!

We picked up an hour with the switch to Alaska Daylight Time, and combined with the early departure that meant we were securely anchored by 1:00 p.m. Excited to have made it to Alaska and energized by the now-partly-sunny weather, we hopped into the dinghies and set off exploring Very Inlet.

Three different tidal rapids guard various sections of Very Inlet. We entered during a rising tide outside, and the current was flooding in rapidly at each of the rapids. All could be negotiated by dinghy, but a few were splashy! 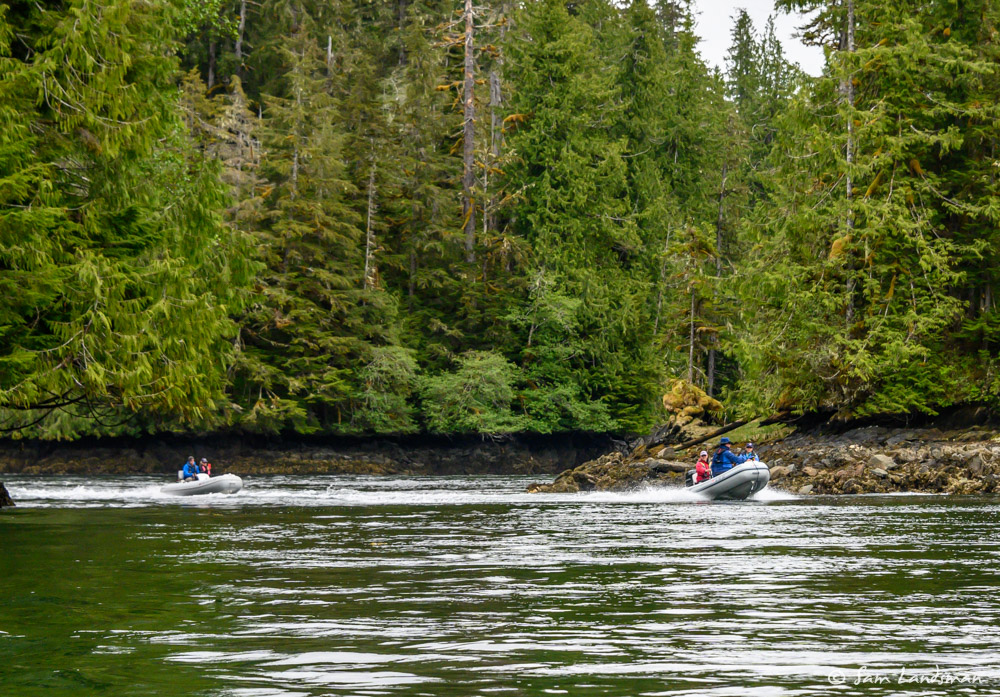 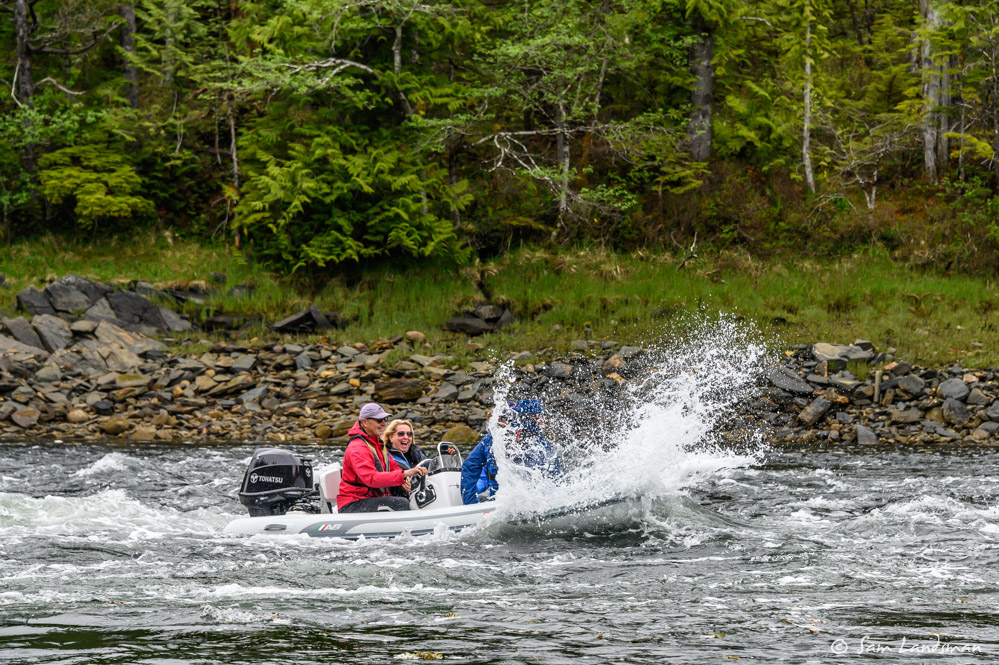 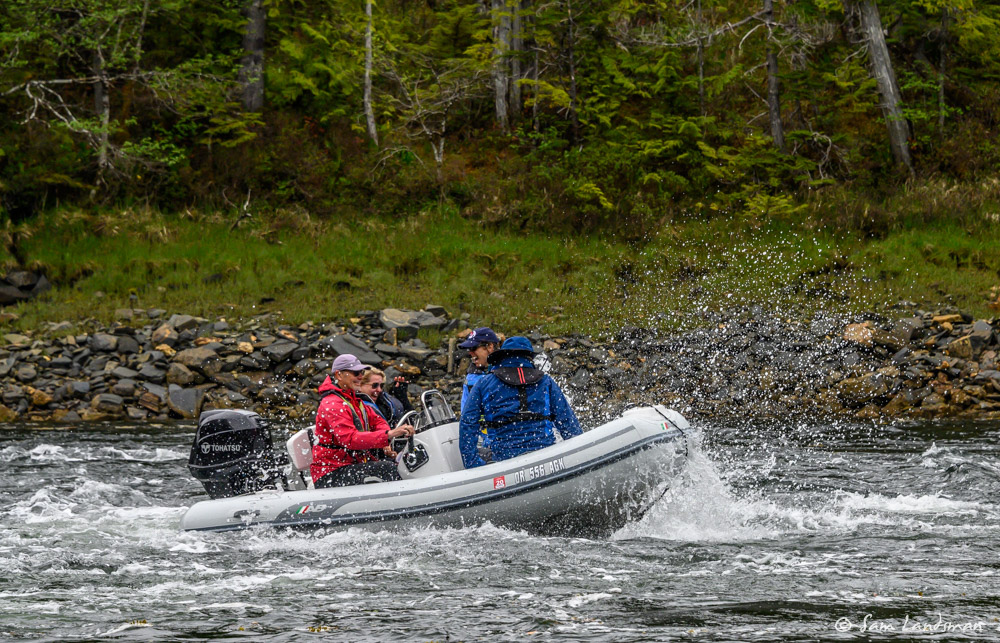 The afternoon was spent napping and relaxing, and the group met later for dinner (burger night!) on the Airship/Safe Harbour raft. 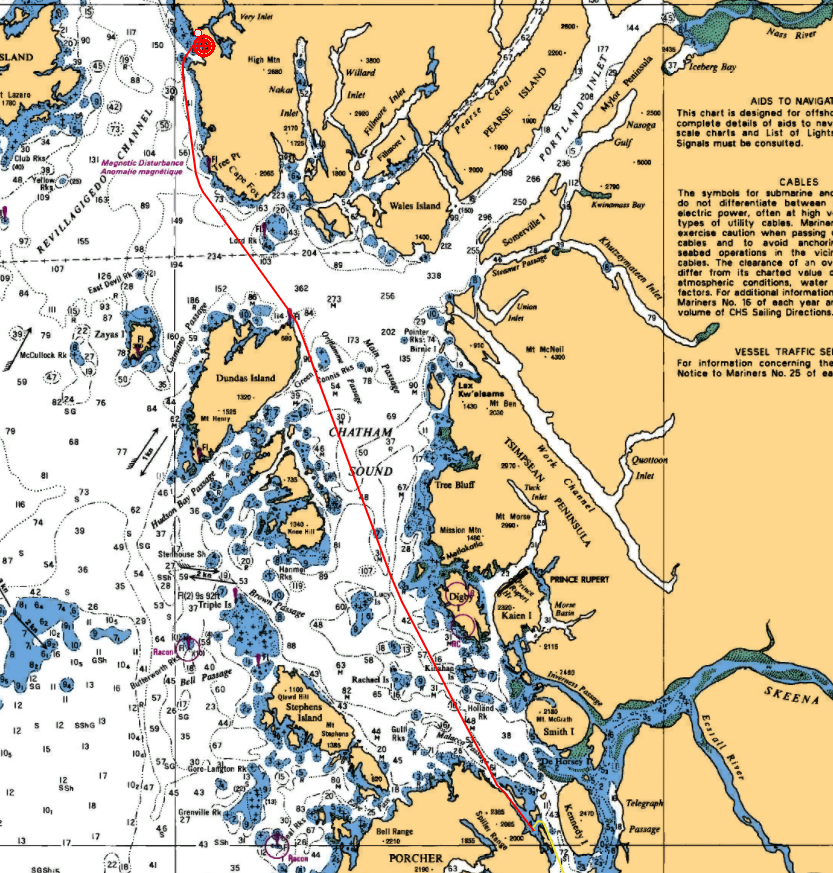