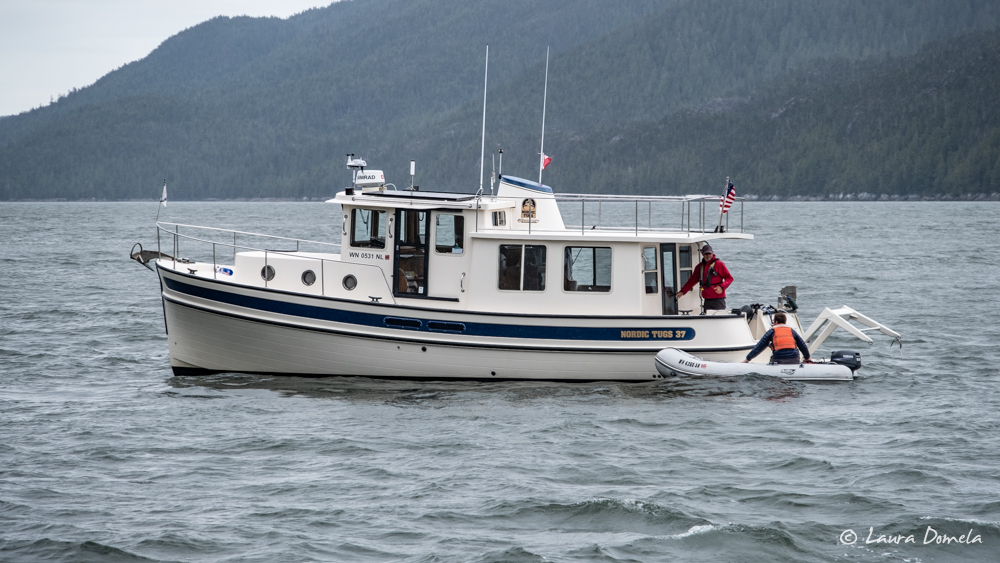 Occasionally we expect a day to be a grind and are pleasantly surprised when it’s not. Like today. Conventional wisdom says that the current in Grenville Channel floods in from both sides and meets in the vicinity of Evening Point. To maximize speed and minimize fuel burn (currents run to four knots!), we’re supposed to ride the end of the flood in, arrive at Evening Point near high water, and ride the beginning of the ebb out.

Today’s timing just didn’t work for this. Instead, we chose a 10:00 a.m. departure. The ebb was supposed to be running (theoretically slowing us down) until about 11:00 a.m. We figured we’d still be south of Evening Point when the current switched direction, and we hoped to get a short boost from the beginning of the flood, before we hit the flood coming from the north somewhere around Evening Point. Then we’d fight the flood the rest of the way. Theoretically.

Happily, the currents were totally wrong, and totally in our favor. Somehow we enjoyed a nice boost in speed almost all day, which helped distract us from the many shades of gray and the heavy rain outside.

We did have a bit of excitement underway when one of the boats lost steering. On the spectrum of bad boat events, losing steering ranks right up there with losing propulsion (but somewhere below fire or flooding) in severity. Complicating factors was a tug and barge coming the other way in narrow Grenville Channel and enough wind and wave action to make rafting inadvisable.

Sam stopped Safe Harbour, launched his dinghy (love swim-step mounted dinghies!), motored over to Airship to bring Kevin back to Safe Harbour to stand watch, and then headed for the stricken vessel.

Equipped with the Seastar bleeding tube, we were able to do a quick-and-dirty bleed job and recover steering control.

Later, at anchor in Kelp Passage Cove, we thoroughly bled the system and expelled much air. We’re pretty sure the system had never been fully bled and the problems are now over.

Kelp Passage Cove is an easy and strategic anchorage. It’s shallow with tons of room to swing, has good cell phone service (important for checking weather for crossing Dixon Entrance), and within an easy day’s run of Foggy Bay, on the north side of Dixon Entrance. The forecast still looks good for tomorrow, so we’re pushing on to Alaska!

It was raining all afternoon and evening, so we didn’t take many photos, save for this one of a loon trying to impress us. 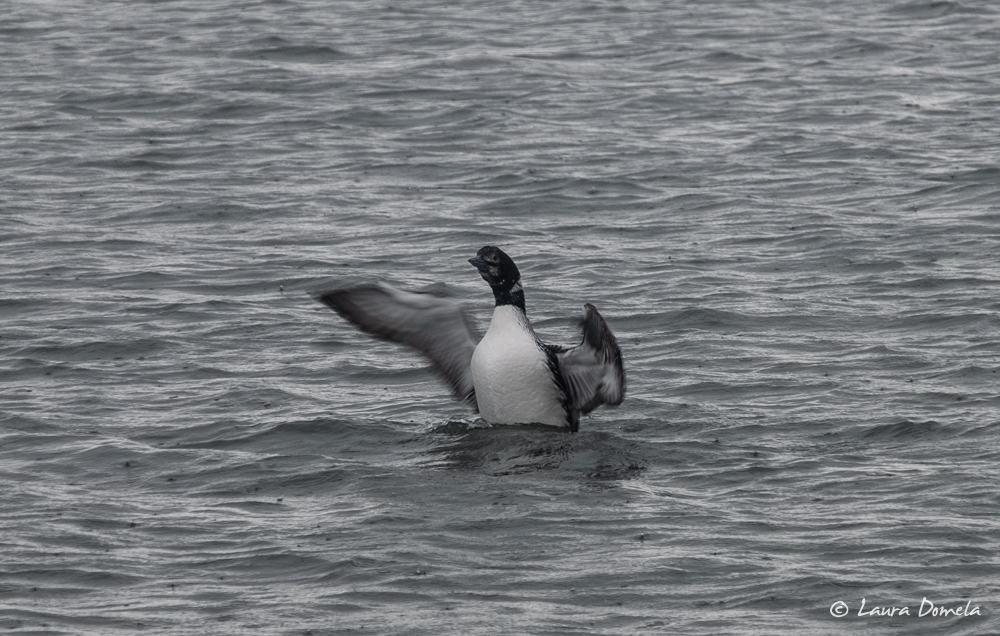 We’d planned for tonight to be BYOBBQ night on the raft, and since most people were still up for grilling even though it was rainy, we went with it. Luckily, the rain let up a tiny bit and we weren’t out grilling in a deluge. 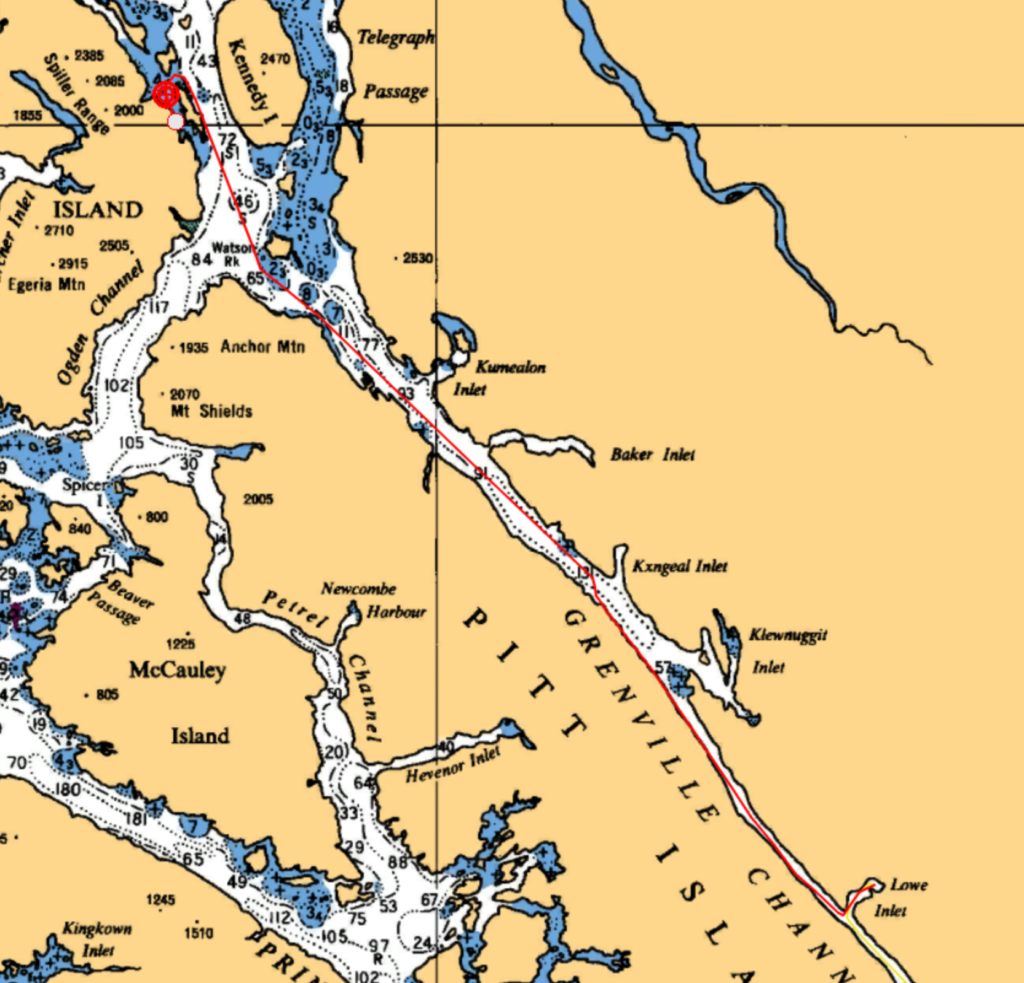