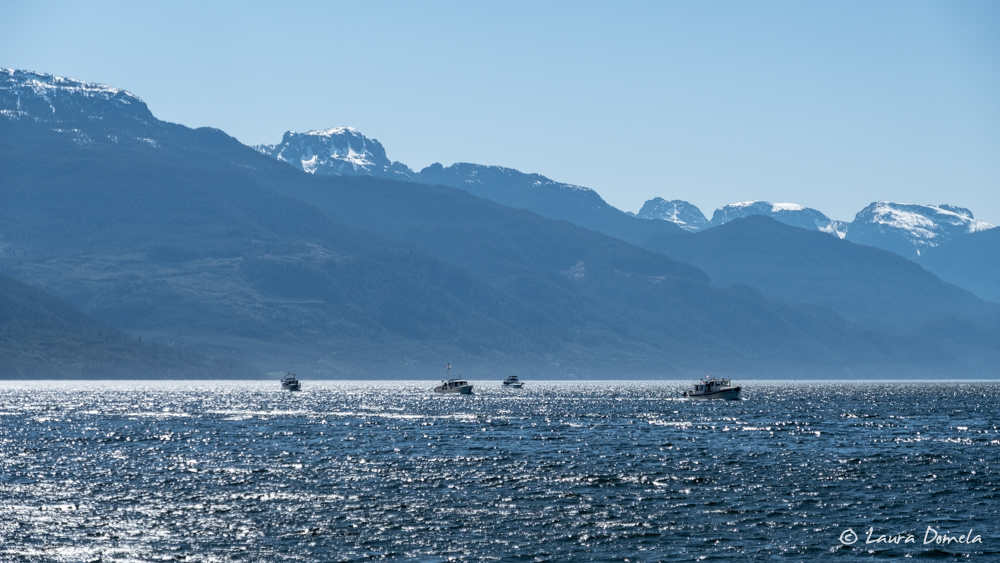 Today looked nearly perfect for running up Johnstone Strait to the Broughtons. Environment Canada called for light winds, building to northwest 15-25 knots late in the afternoon. Windy indicated “late in the afternoon” meant about 3:00 p.m. Given the 62nm cruising day, this weather forecast would suggest an early start.

Getting north of Campbell River, though, requires transiting Seymour Narrows, which must be done near slack since currents can run to 16 knots. On a northbound trip, catching the turn-to-ebb (or high slack) is ideal, since it allows you to ride the strengthening ebb all the way up to the Broughtons, getting a nice boost in speed. The downside is during periods of northwesterlies, when the ebb conflicts with the wind and creates nasty conditions.

Timing today worked out pretty well. The turn-to-ebb was at 9:43 a.m., so we departed Discovery Harbour Marina about 8:30 a.m. hoping we’d be off Johnstone Strait by the time the wind started.

We arrived at Seymour Narrows right on time and had a perfectly smooth trip through. 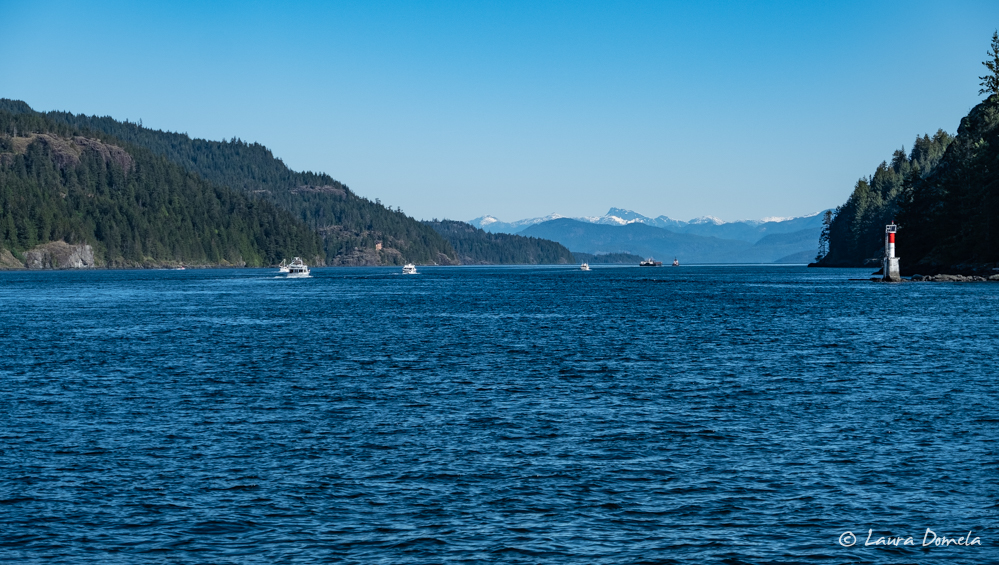 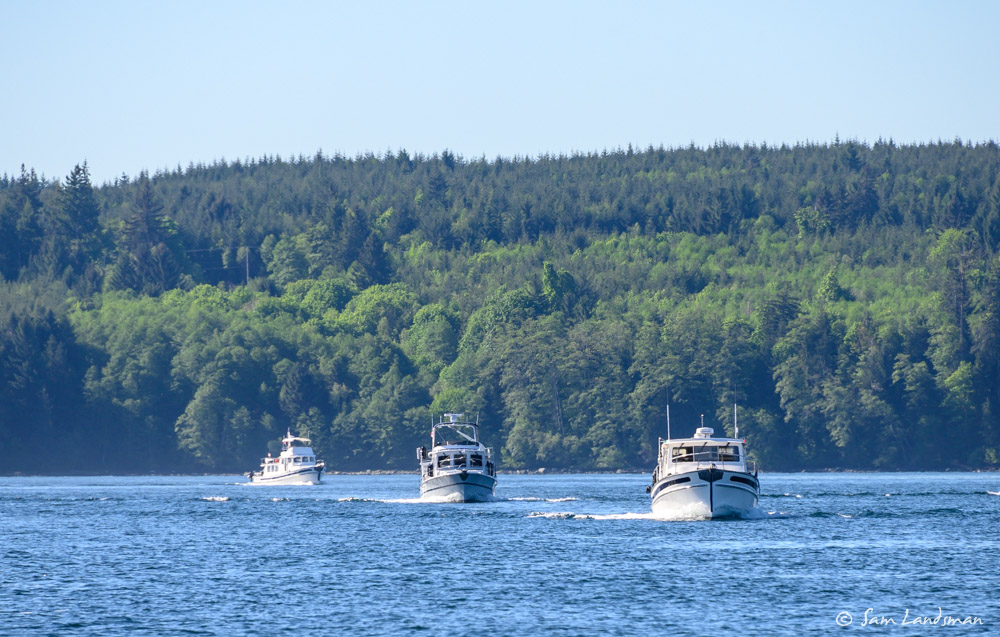 Johnstone Strait cooperated as well as we could have hoped (or planned!). Wind most of the day was light, seas rippled. We saw porpoises and lots of beautiful mountain scenery, and had a push from the current of between 2-4kts of current with us for most of the day. 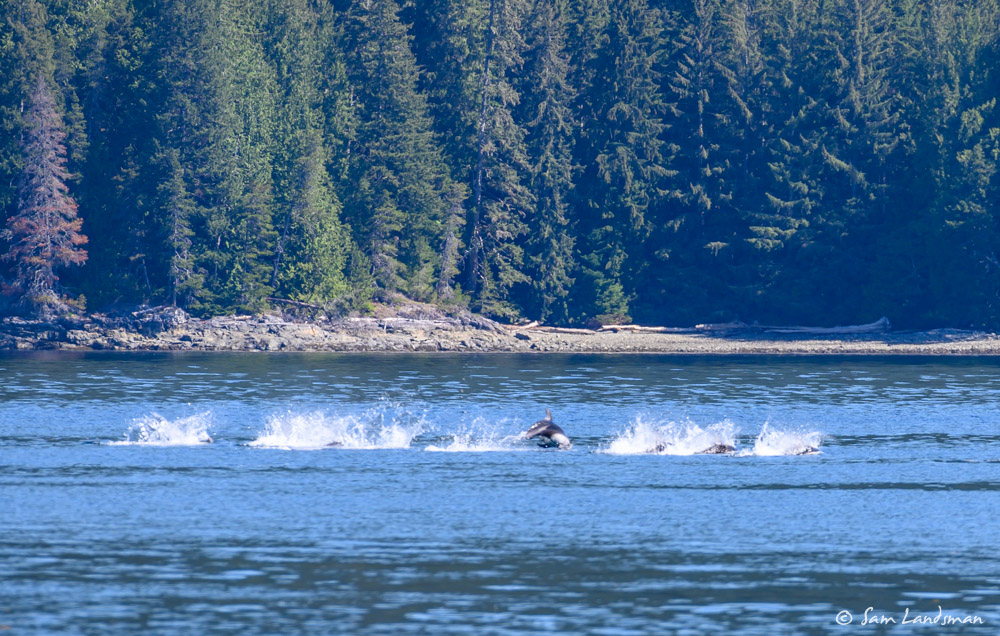 Johnstone Strait usually has lots of floating logs, and today was no exception. This one was particularly big, and showed up nicely on radar! 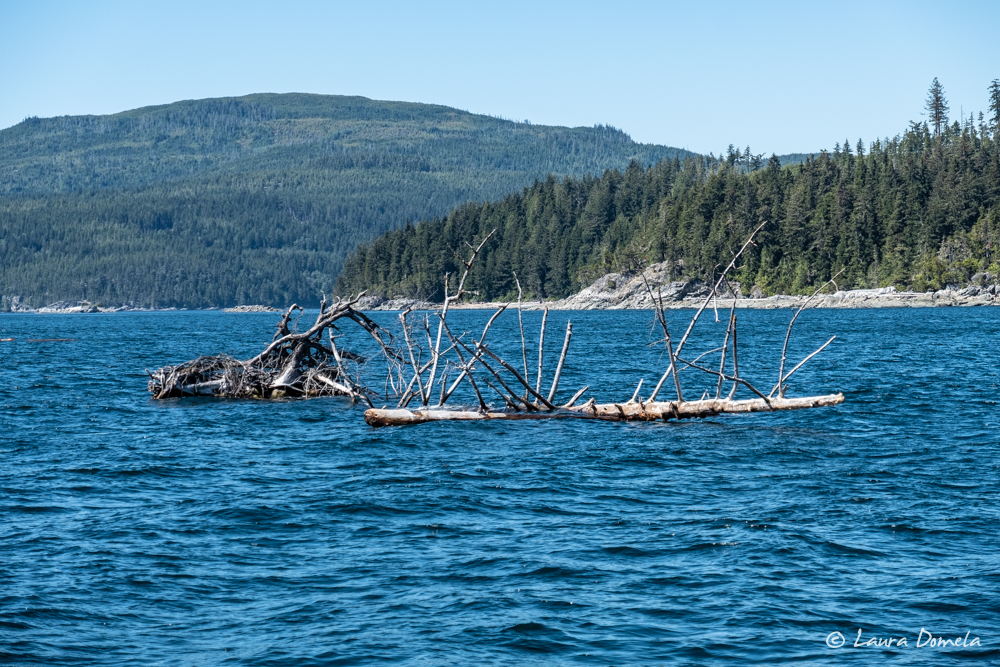 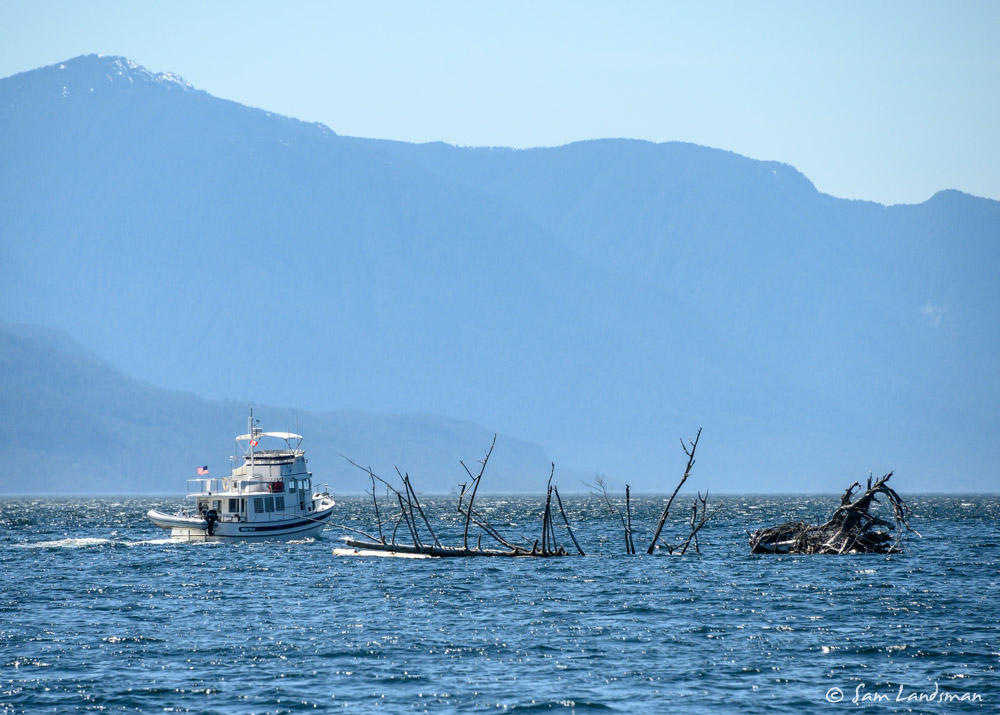 The wind picked up as forecast, but by that time we were almost into protected water. The seas never built significantly. 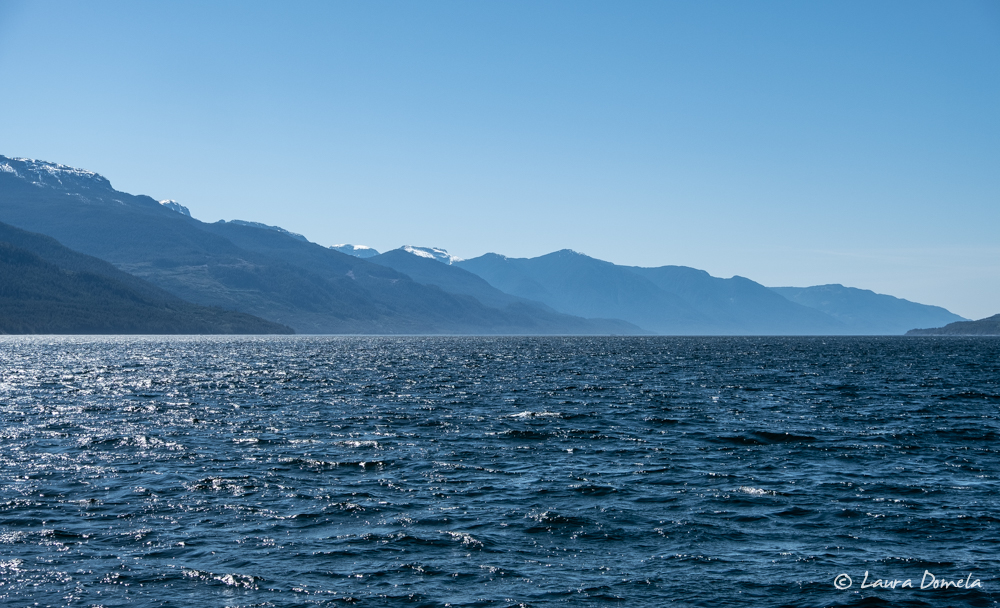 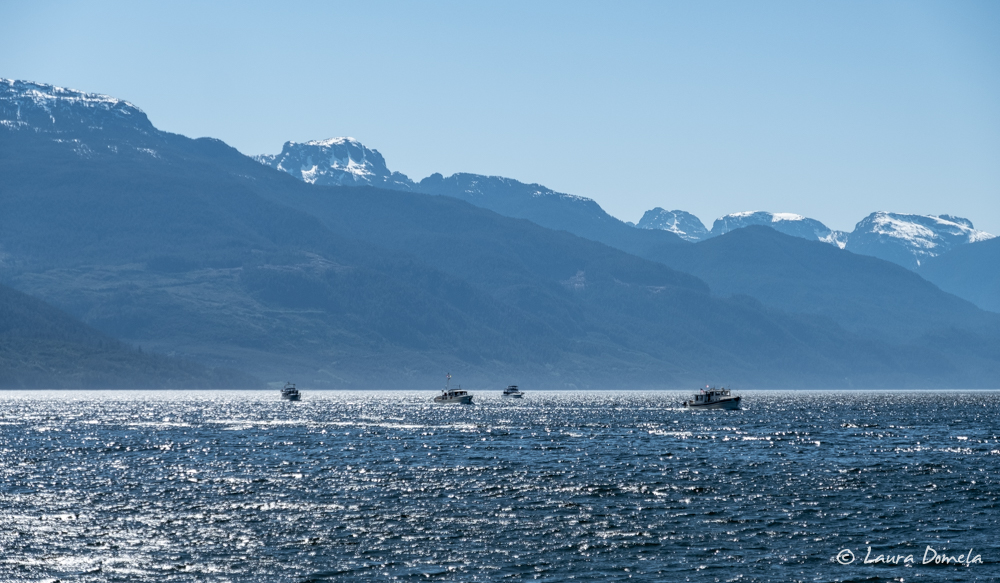 We anchored for the night in Boughey Bay, a spacious bay just inside Havannah Channel. Surprisingly, there’s pretty good cell service, great scenery, and we’re the only boats here. 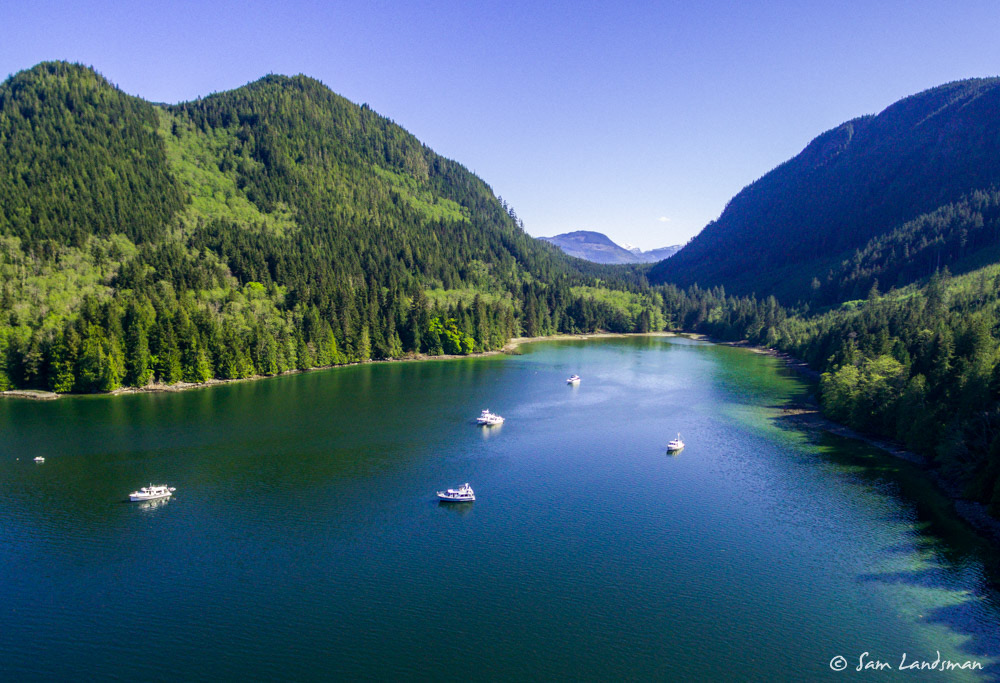 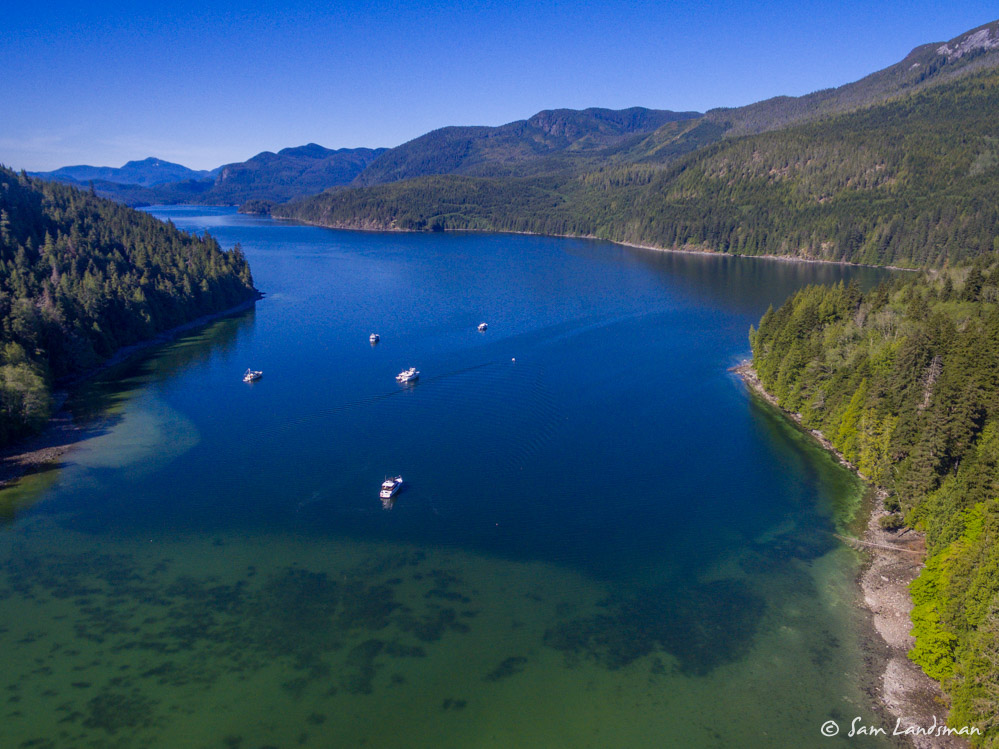 After settling in we all dinghied over to Salish Spirit for taco night and visiting…great fun! Tomorrow we’ll head to Pierre’s! 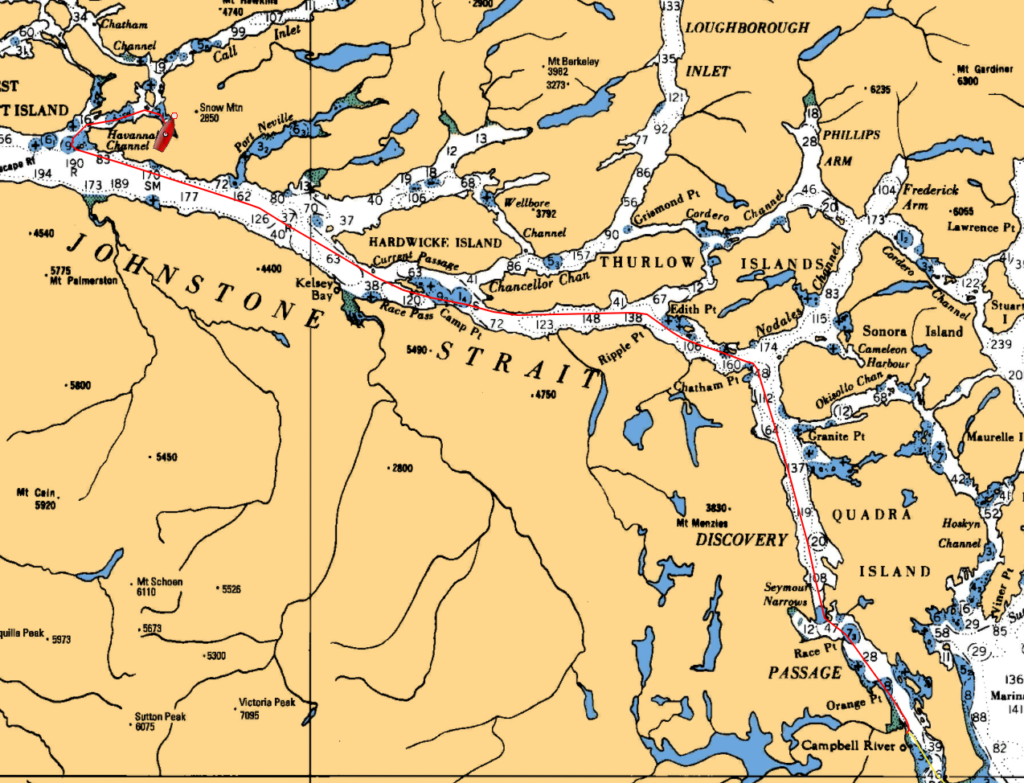