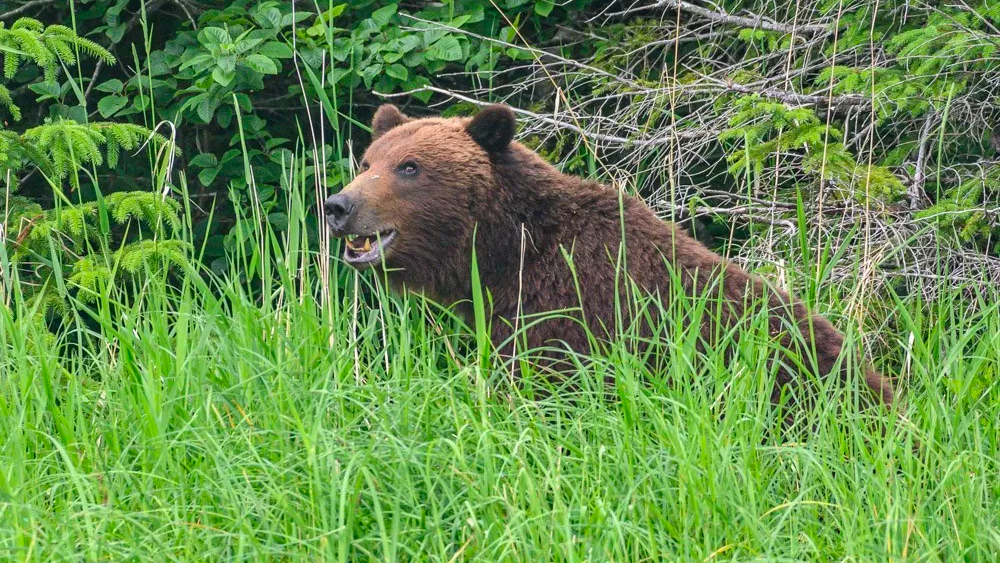 After breakfast in town at Fisherman’s Daughter and one more quick trip to the Hoonah Trading Post, we departed Hoonah and headed deeper into Port Frederick toward Neka Bay. The sky was a bit gray but the water was calm, and we anchored and rafted in the North Bight of Neka Bay. 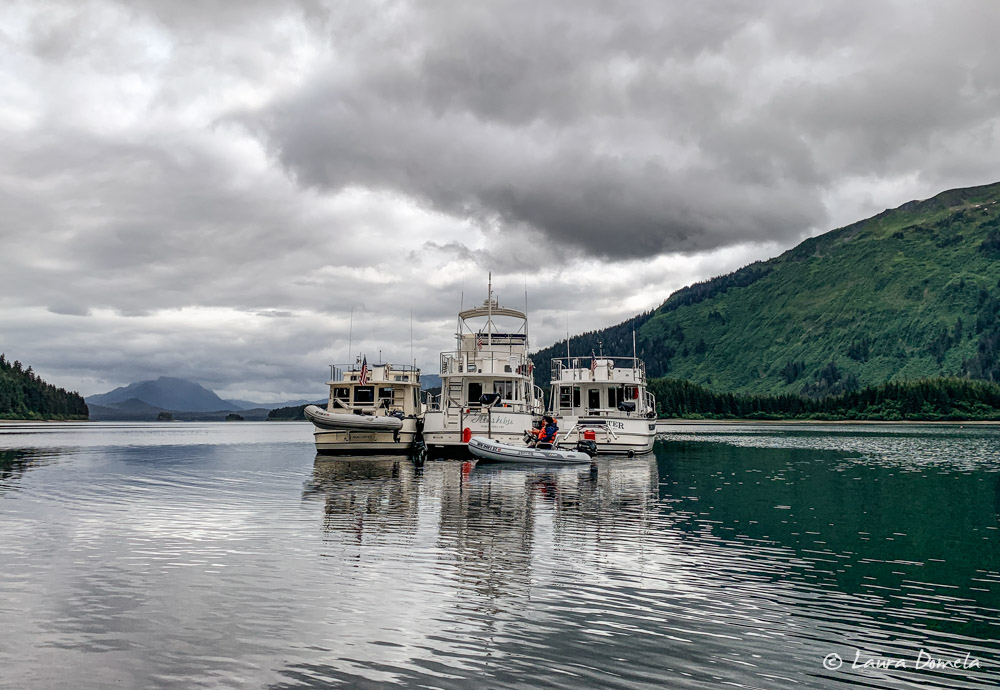 Commercial crabbing season opened on June 15, so Neka Bay proper was jammed with crab pots like we’ve never seen (hundreds of them, seriously!). The North Bight had a few traps as well, but nothing we couldn’t work around.

After we were settled, we took the dinghies out to explore the head of Port Frederick, with the goal to check out (and maybe get some aerial photos of) the portage across to Tenakee Inlet. We got quite a ways up toward the head, but the wind picked up and we eventually turned back and explored Salt Lake Bay and Salt Chuck instead. We noticed a dock with a small boat, two people, and a big black dog on it at the northeast corner of the bay, and stopped to say hello. The folks were Rob and Laurie, visiting from the Yukon Territory, and their dog, a big black Newfoundland, Bosco, was the friendliest fuzziest dog ever!

We said goodbye to Rob and Laurie and Bosco, and as we left the dock and rounded the point we spotted what we first thought to be one brown bear but was instead two! 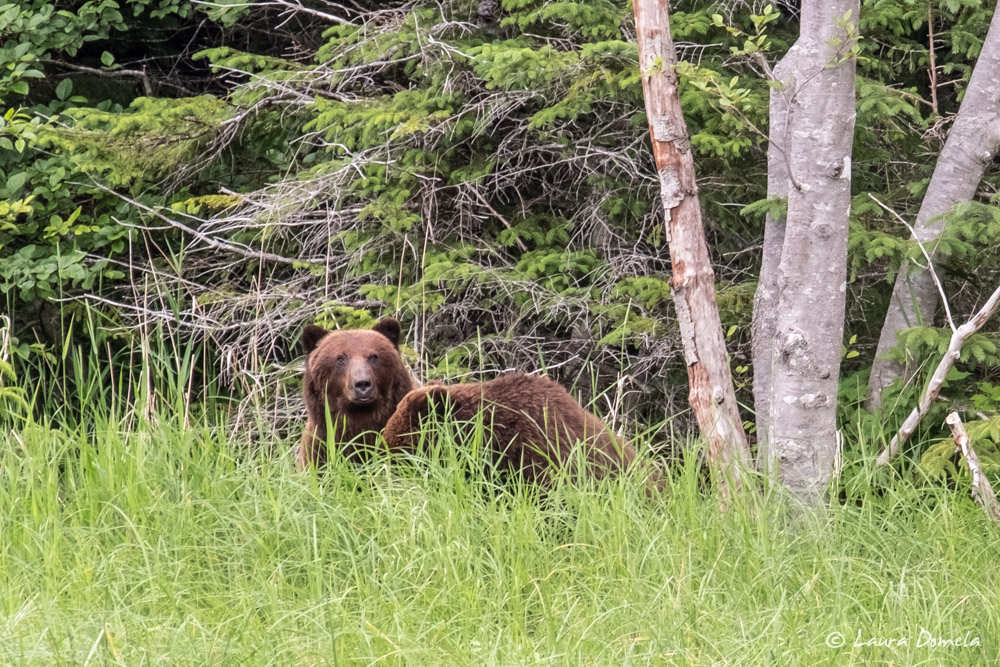 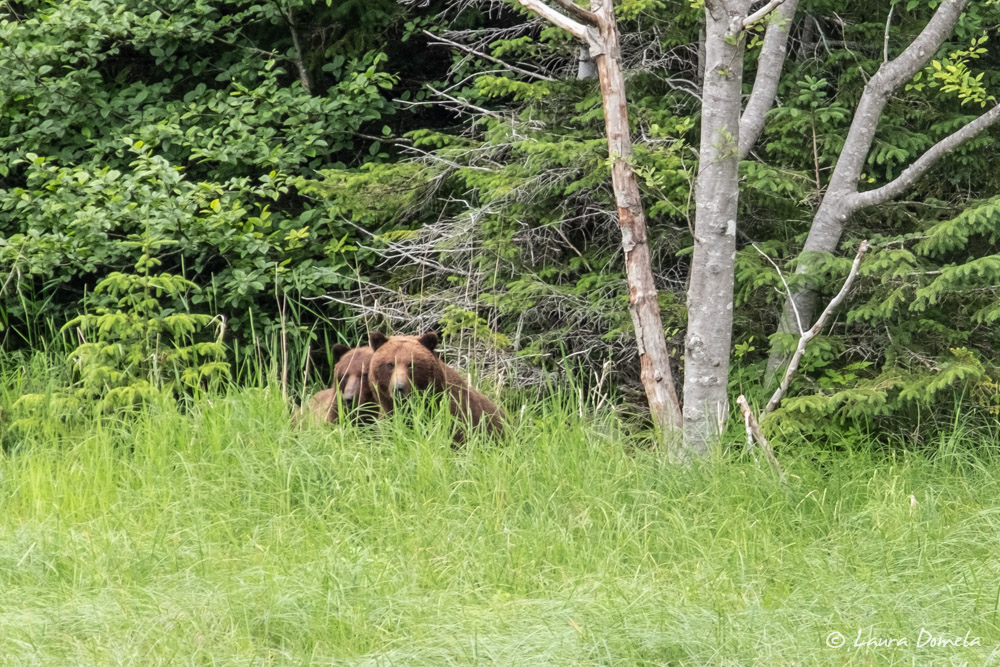 They were sitting/lying in the grass, chomping and digging and making chuffing and grunting sounds that we could hear from the dinghy. Adult brown bears are solitary creatures, and usually only come in contact with each other for the purpose of mating (which happens between May and July, when they’ll spend about a week or two together), which is what we assume was the relationship status of these two. 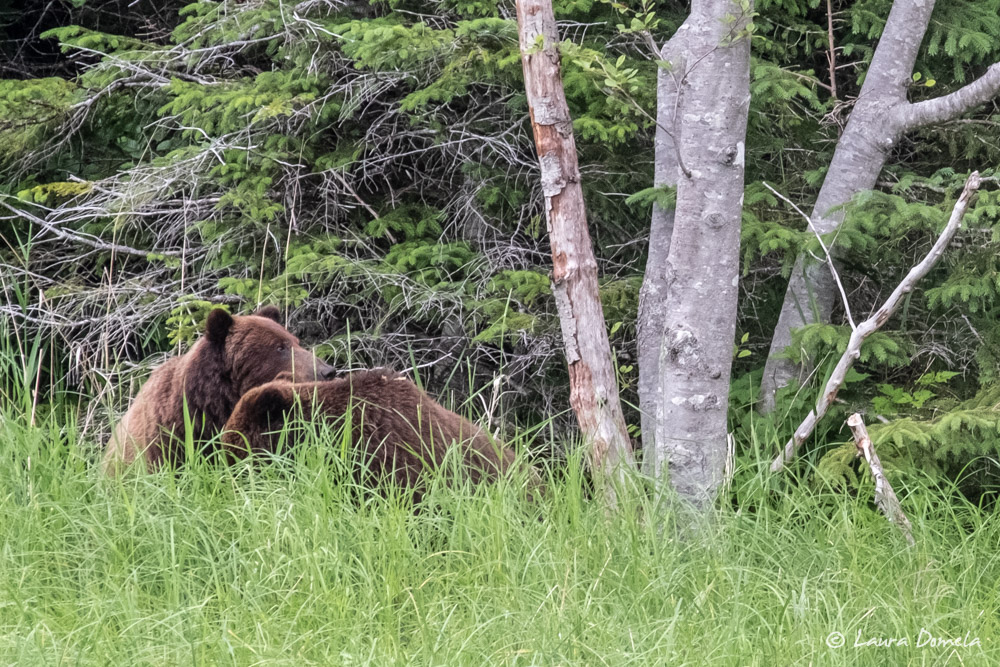 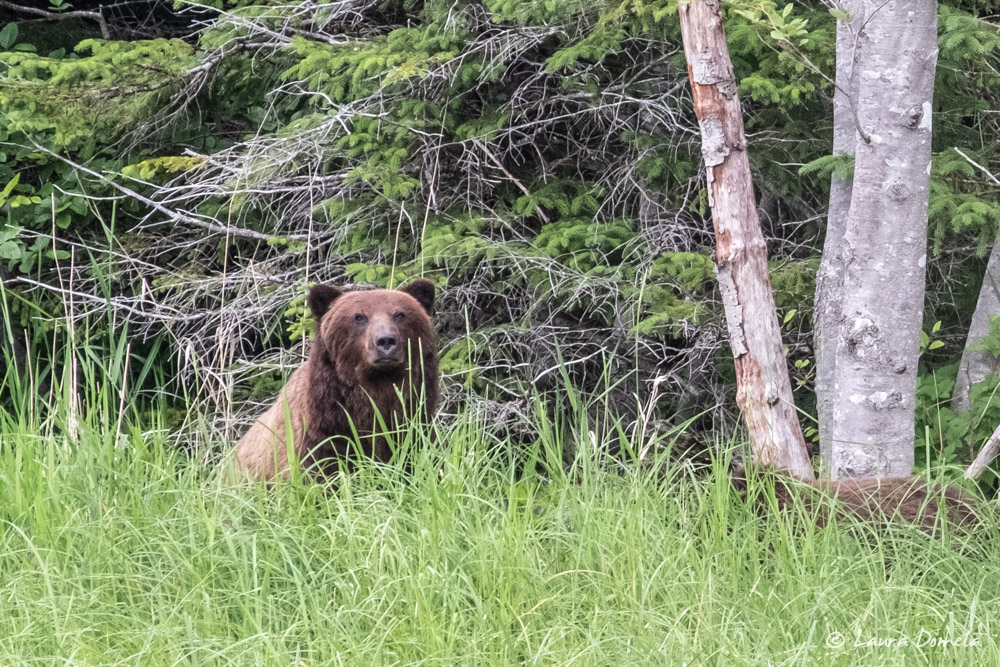 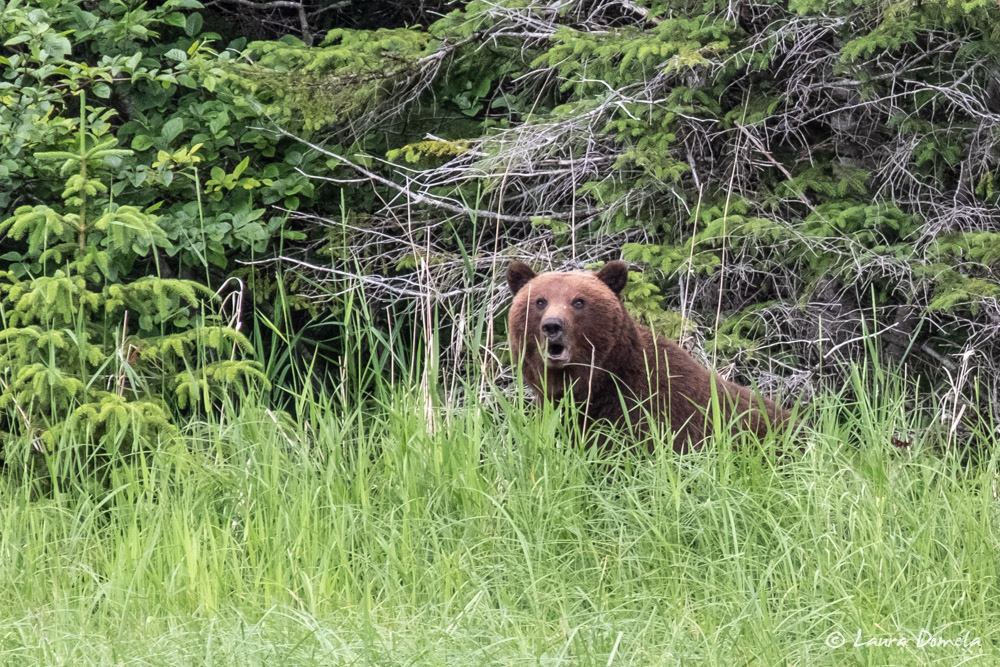 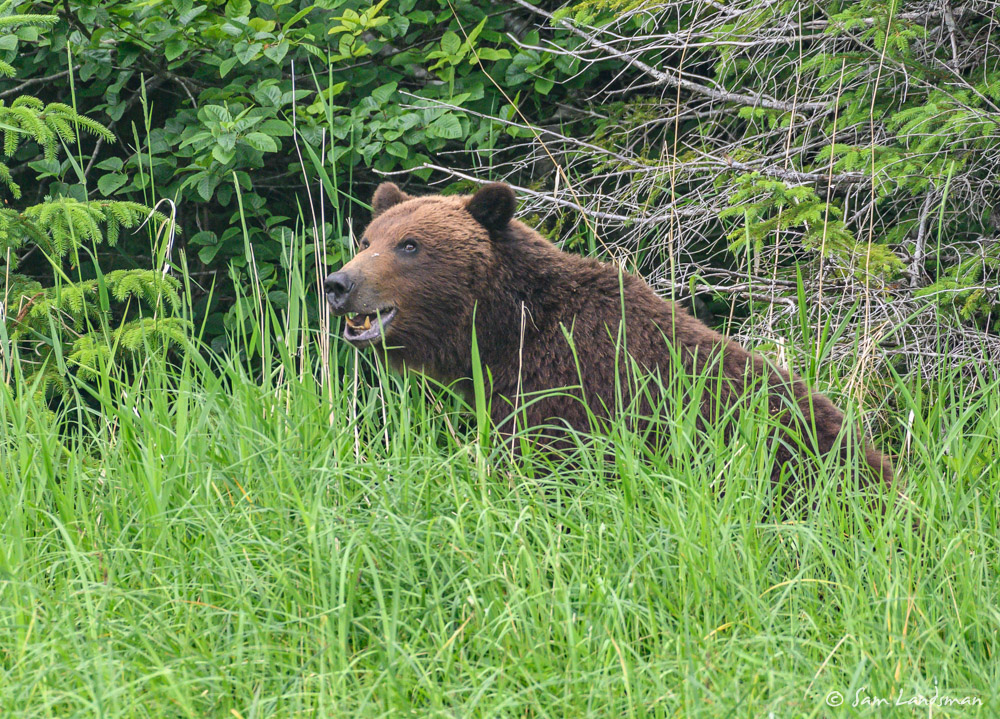 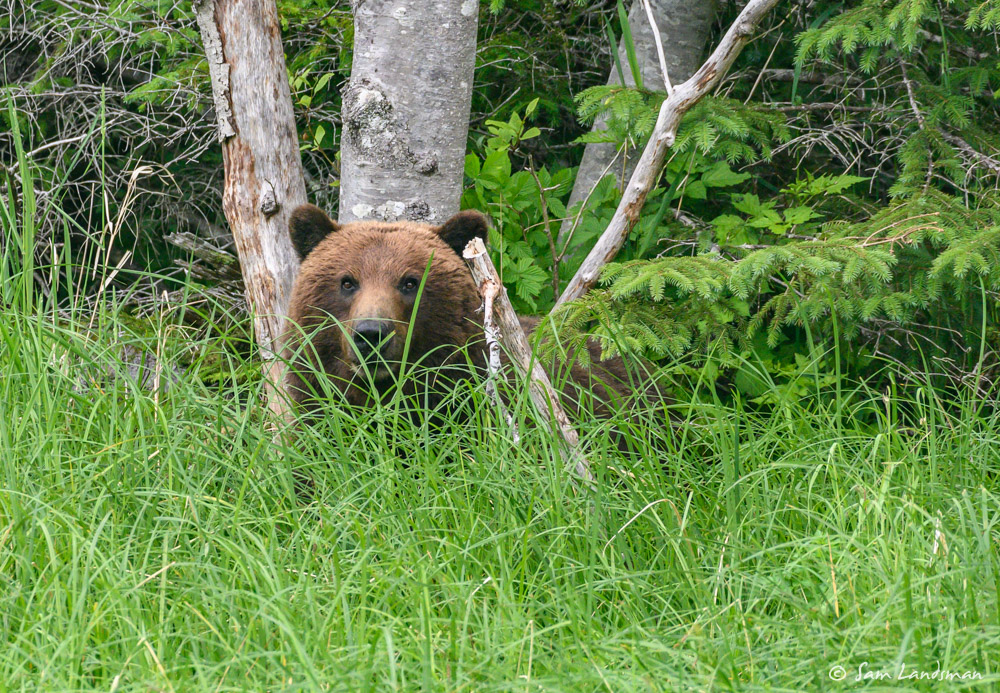 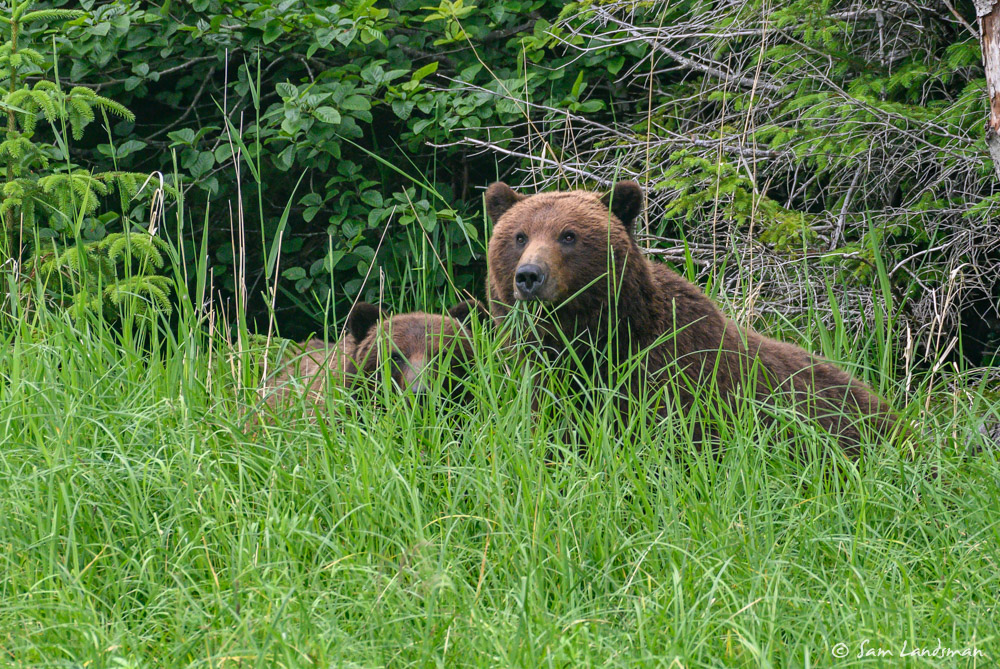 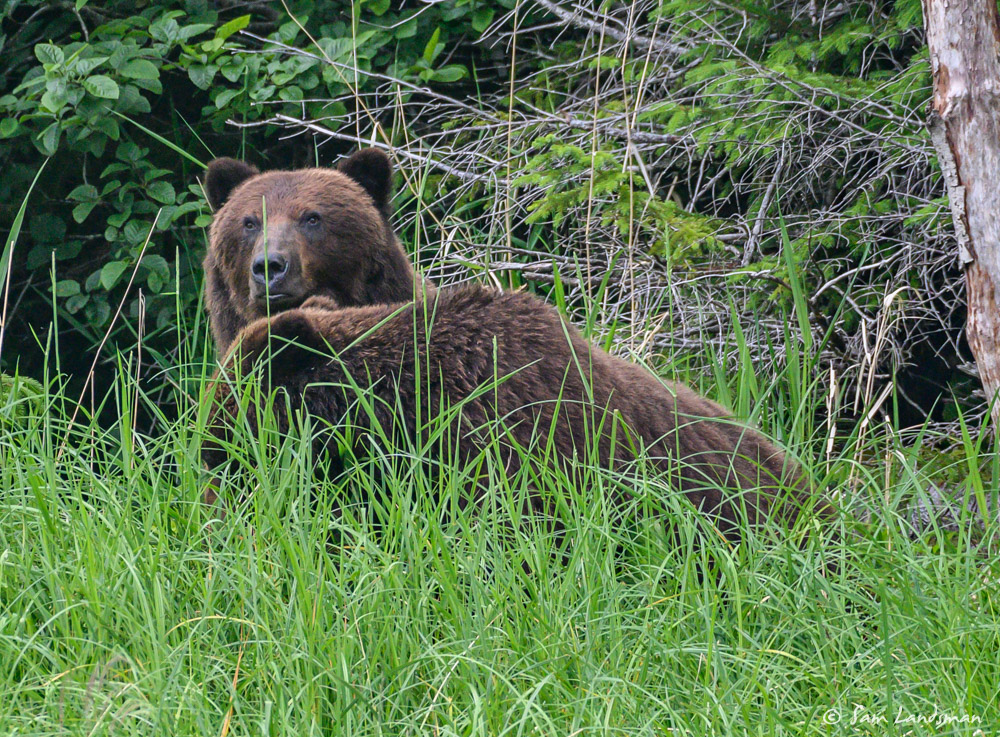 Earlier in the afternoon we heard from friends and past flotilla participants Dan and Eileen on Fortunate (Nordic Tug 37) that they were in the neighborhood and asked if they might crash our happy hour. Turns out they had just caught a halibut, so we invited them to crash dinner as well!

For a second dinghy excursion, we headed up what looked to be endless waterways at the head of Neka Bay.

At high tide it’s certainly pretty, but all the nooks and crannies are underwater and most of what you see is grass and water. 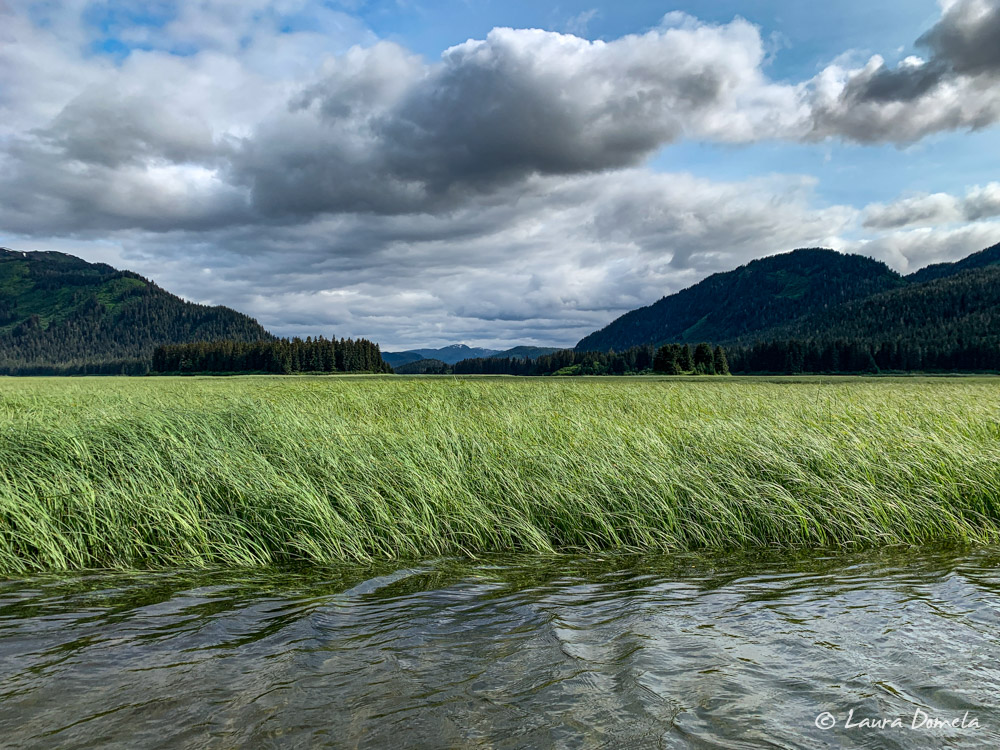 Back at the raft we grilled up some chicken and pork (and halibut), made some rice and a caesar salad and had a fun visit with Dan and Eileen. 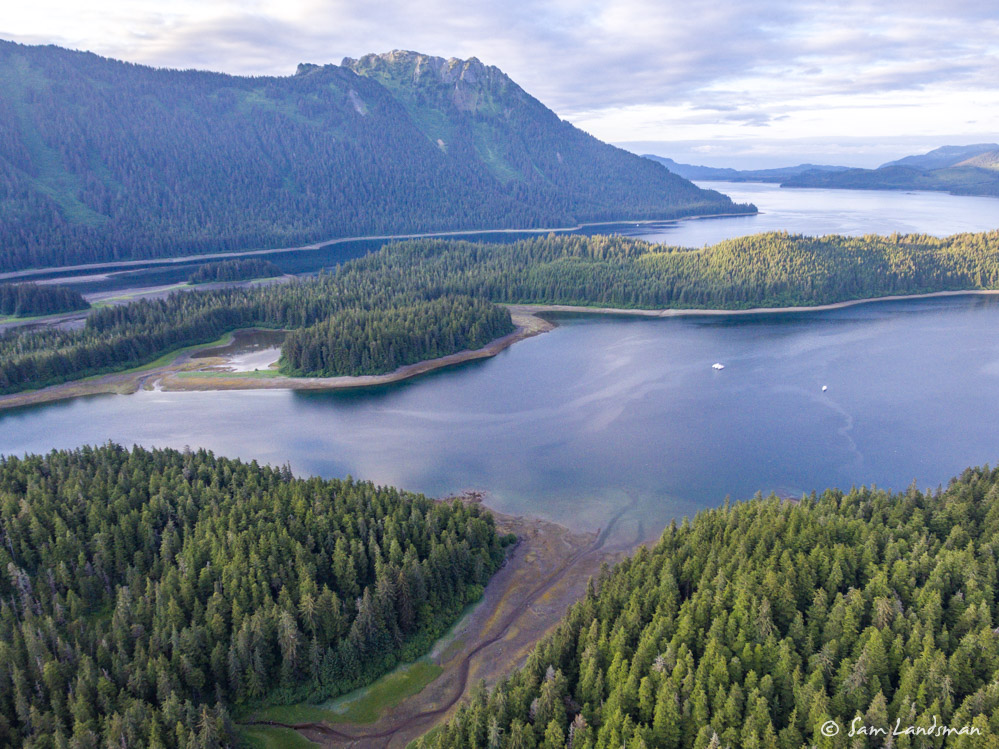 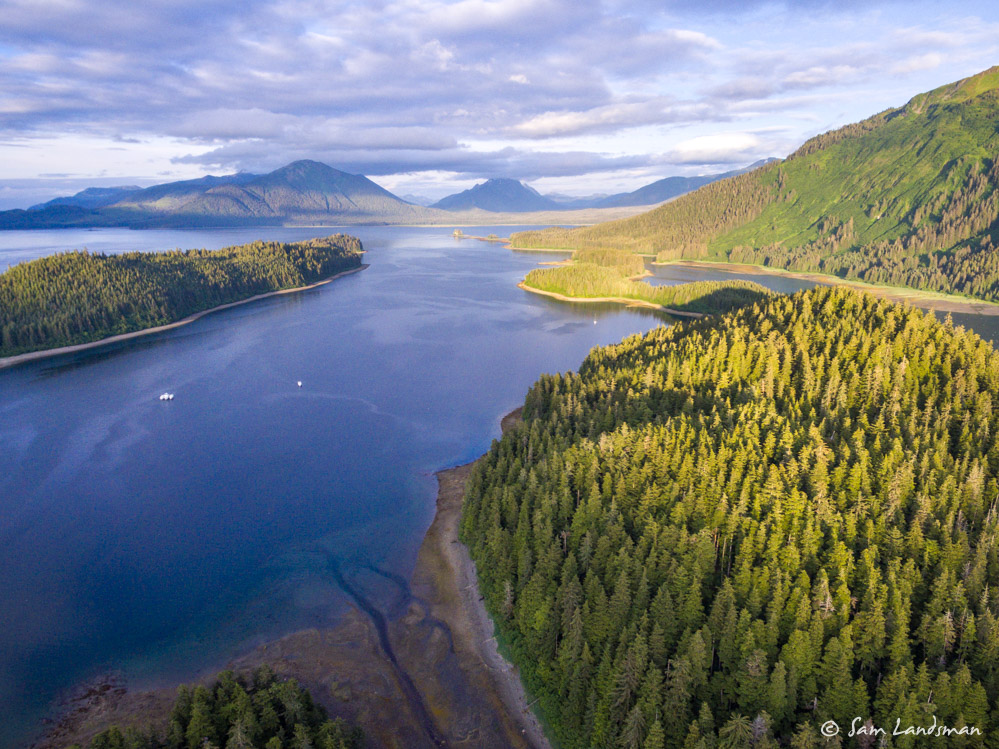 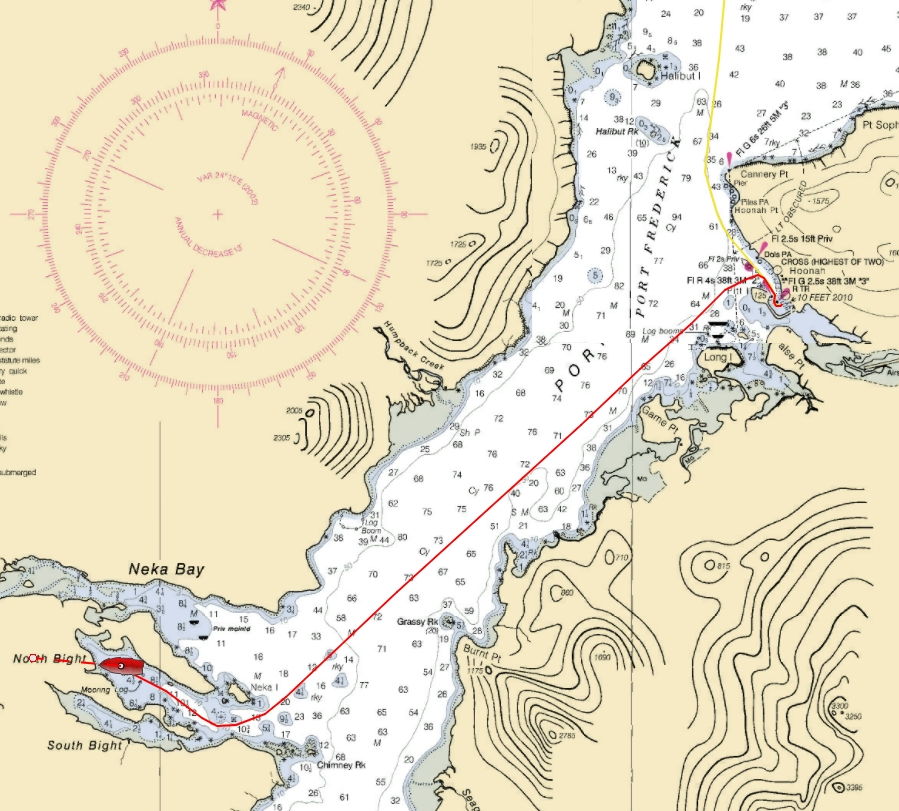