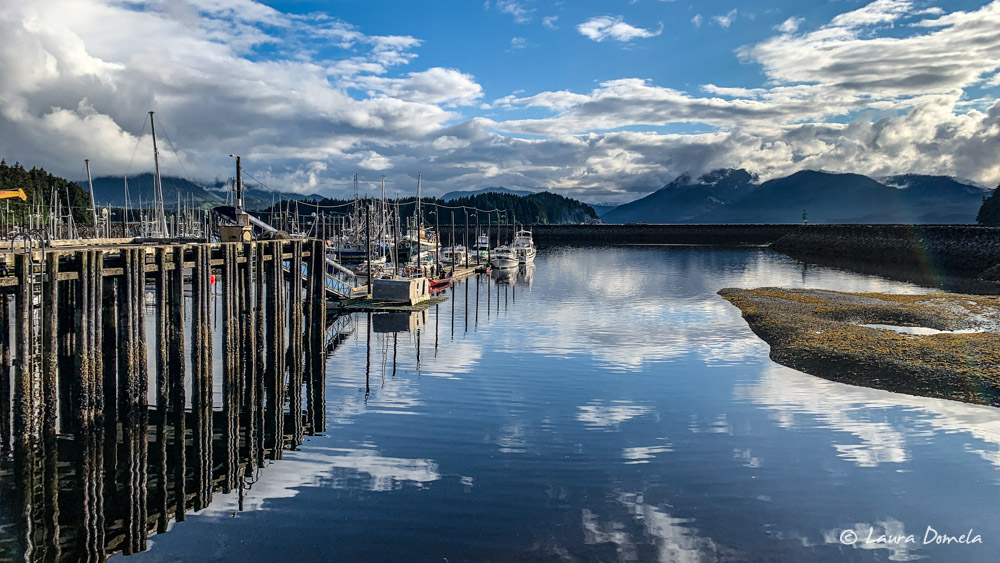 After a group breakfast on the raft, we departed Excursion Inlet for Hoonah. Kevin had a line in the water, and when he pulled it up prior to departing, discovered that a large octopus had decided to snack on some herring for breakfast had gotten itself hooked. We easily freed the octopus at the surface, and felt lucky to get such a close up view of this cool creature! 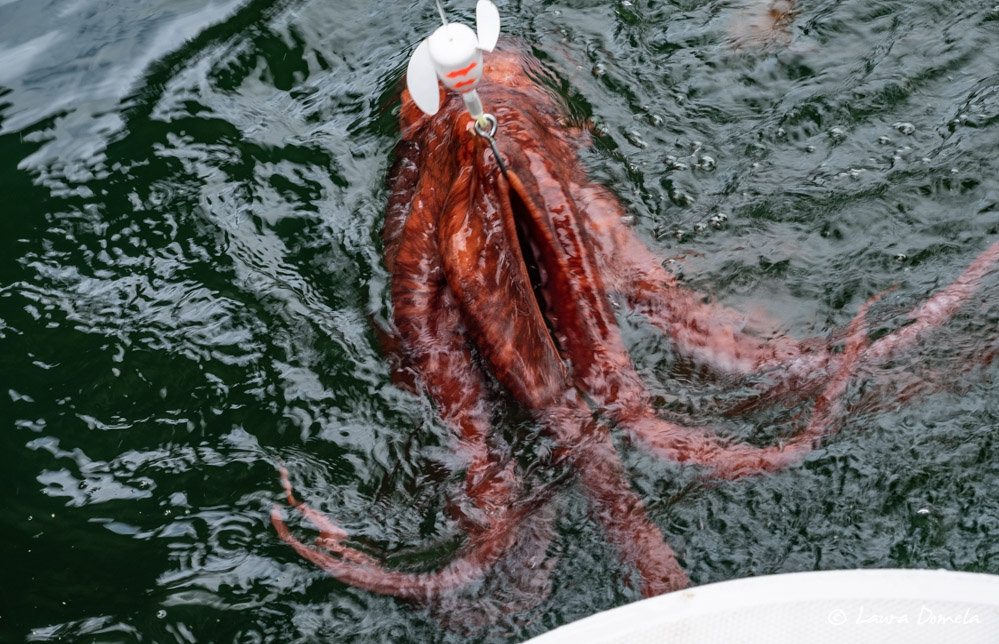 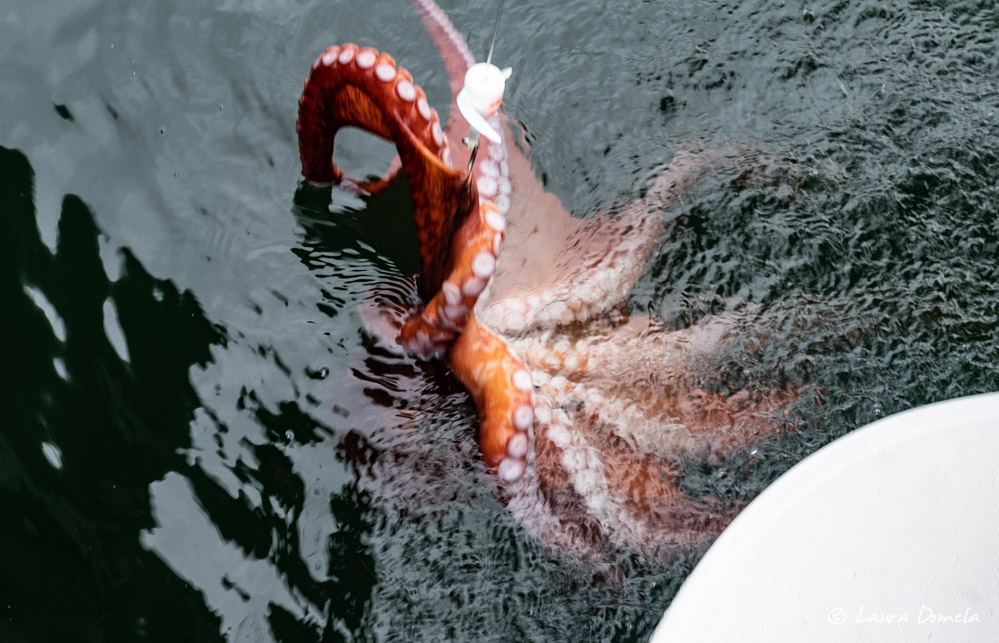 Crossing Icy Strait can be unpleasant but the weather today was benign and we enjoyed a smooth trip. We arrived in Hoonah just after noon and hailed the harbormaster, who was off for lunch and not assigning slips, so we found space on the inner transient dock. There’s no power or water on this dock, but we didn’t need either. 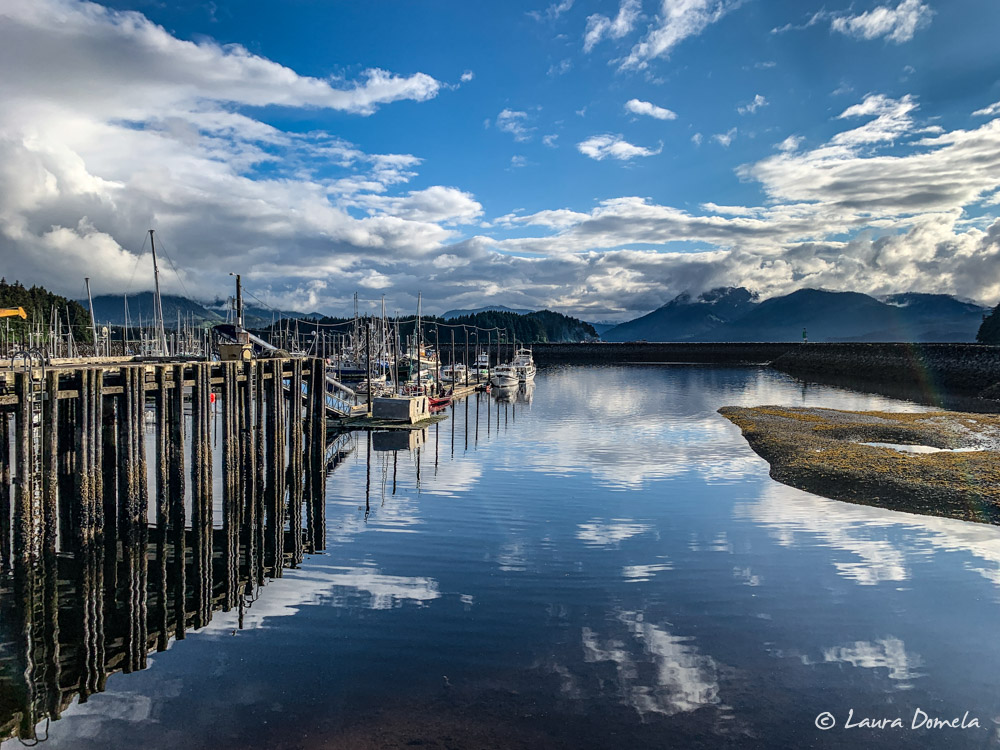 Soon after tying up we walked the two miles out to Icy Strait Point. The walk, which winds through town and then along the waterfront, is pleasant and a welcome opportunity to stretch our legs.

Hoonah was busy with one cruise ship in town (and another that arrived as soon as the first departed). 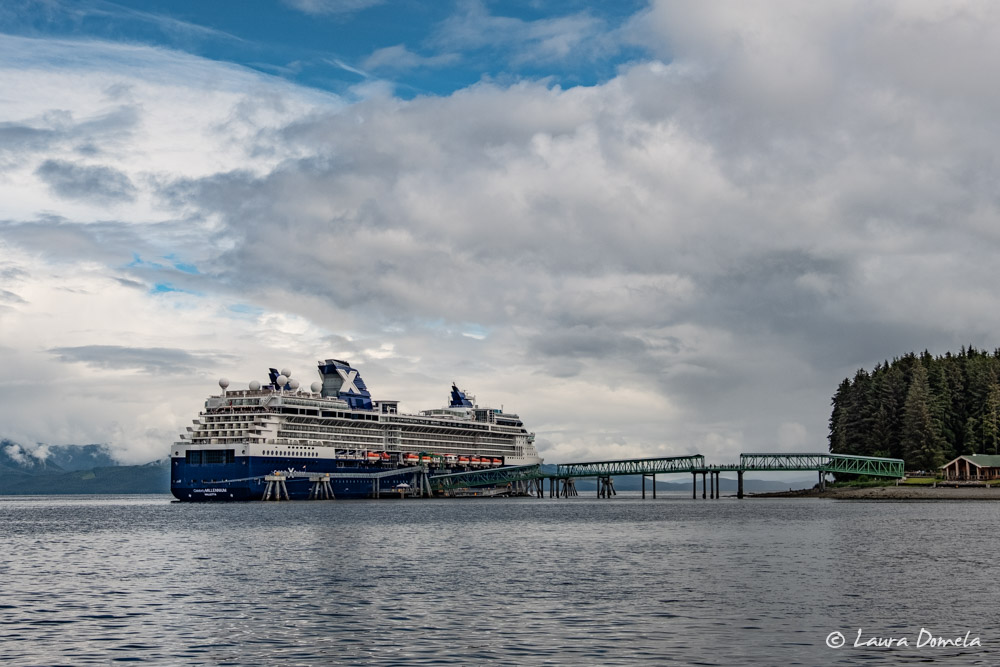 On our way back to the marina we stopped at The Hoonah Trading Post, which has a good selection of hardware and groceries (better than a general store, but not a supermarket). Colette’s Cupboard, even closer to the docks, has many Costco items.

Later in the evening we walked back up to Icy Strait Brewing. The last time we were here the brewery had recently re-opened (under new owners, in a different location) and was not yet serving their own beer due to some permitting issues, but the issues have since been resolved and we enjoyed some local craft beer before calling it an early night. 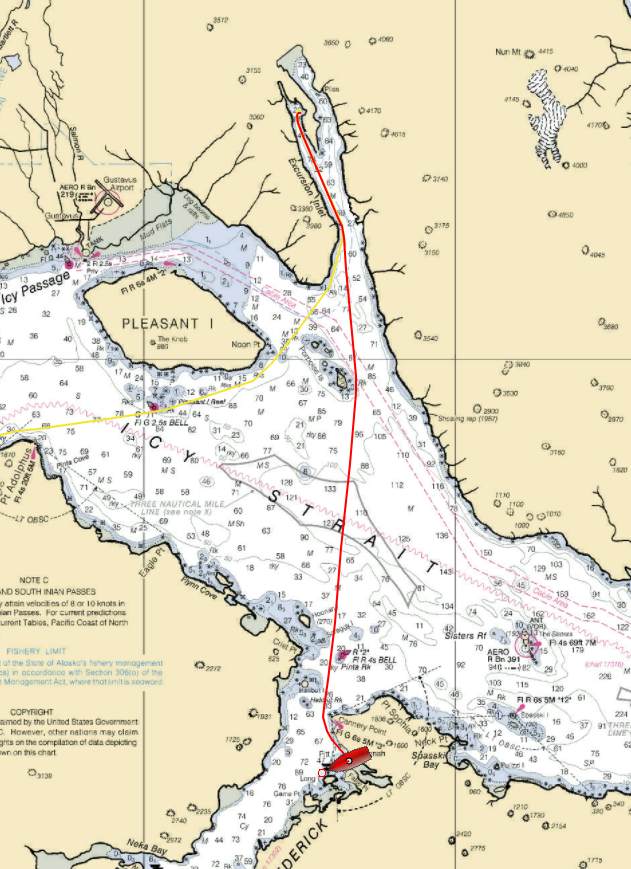