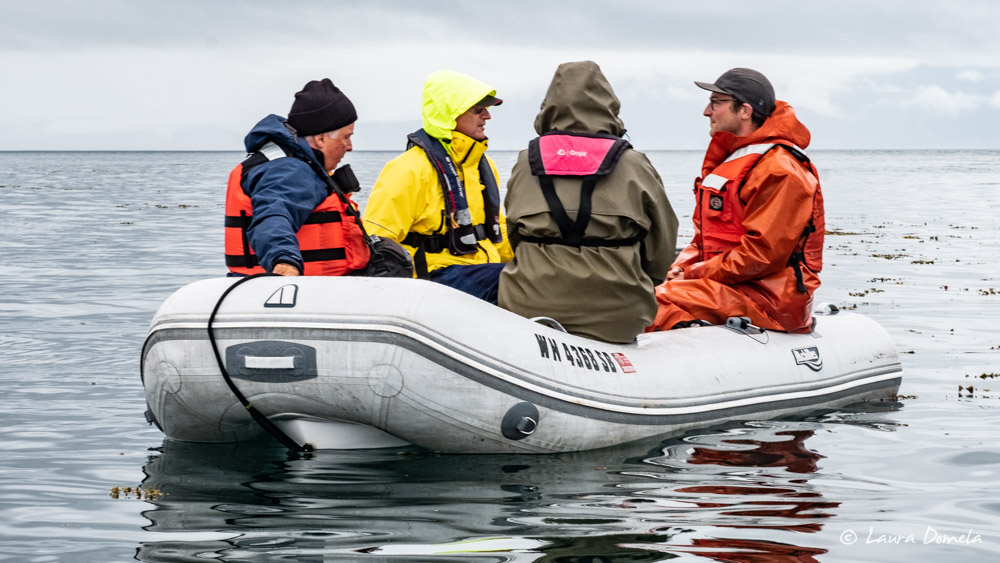 Our route today from Devilfish Bay to Point Baker is via El Capitan Passage. El Capitan Passage is a narrow, winding, shallow pass (dredged to 6 feet in some places), but it is well-marked and well-charted. Unfortunately, low tide this morning was at about 7:30 a.m. and is a -1.6ft, so we opted to leave Devilfish Bay around 10:00 a.m. to ensure we would have plenty of water under our keels as we transited. 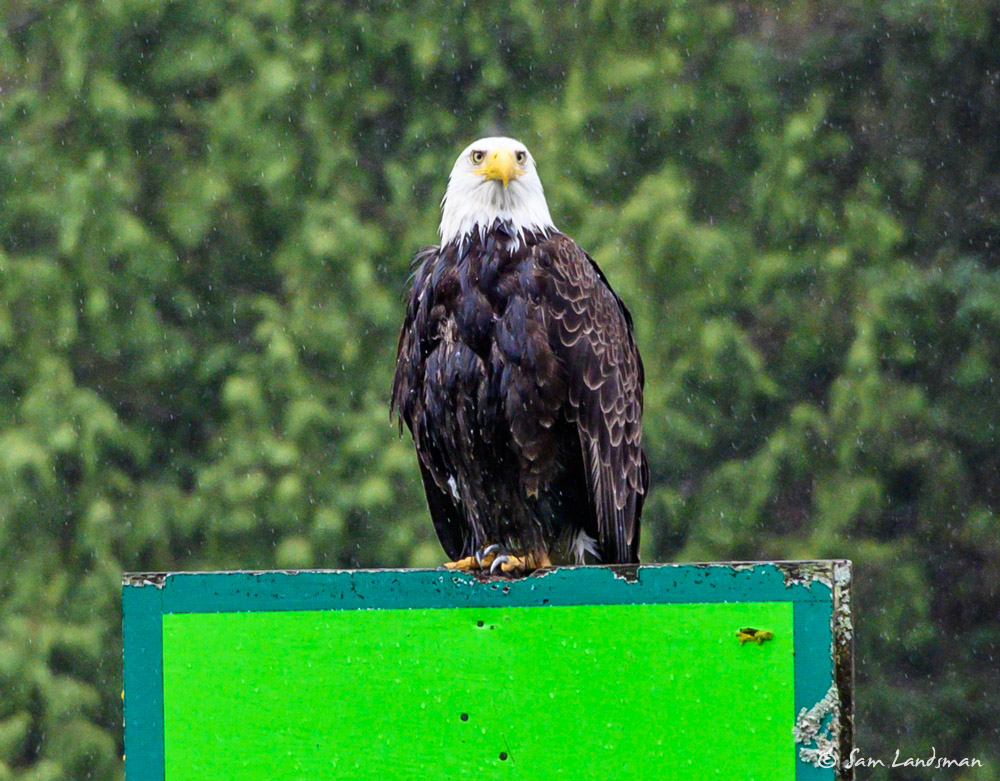 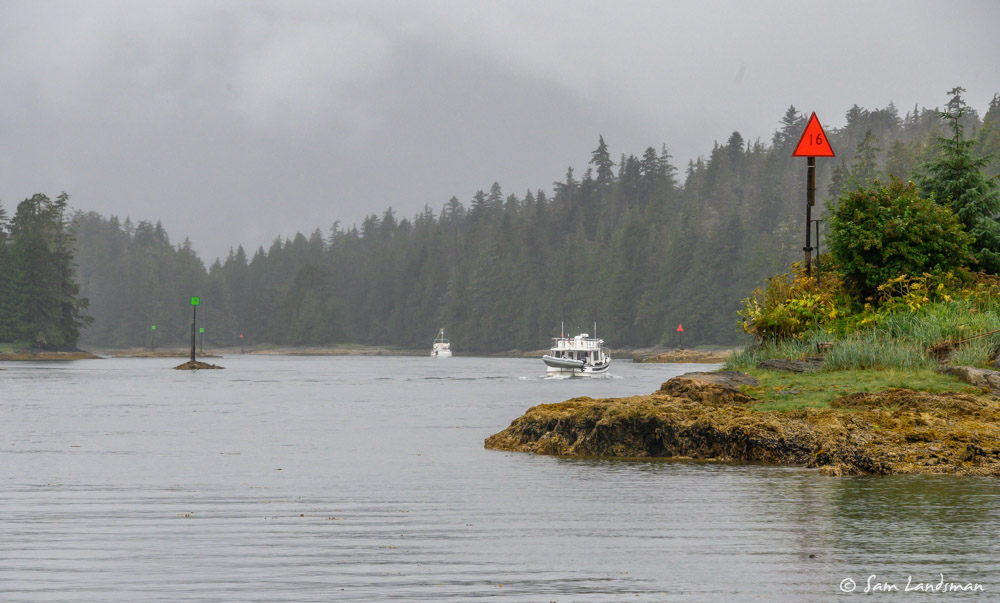 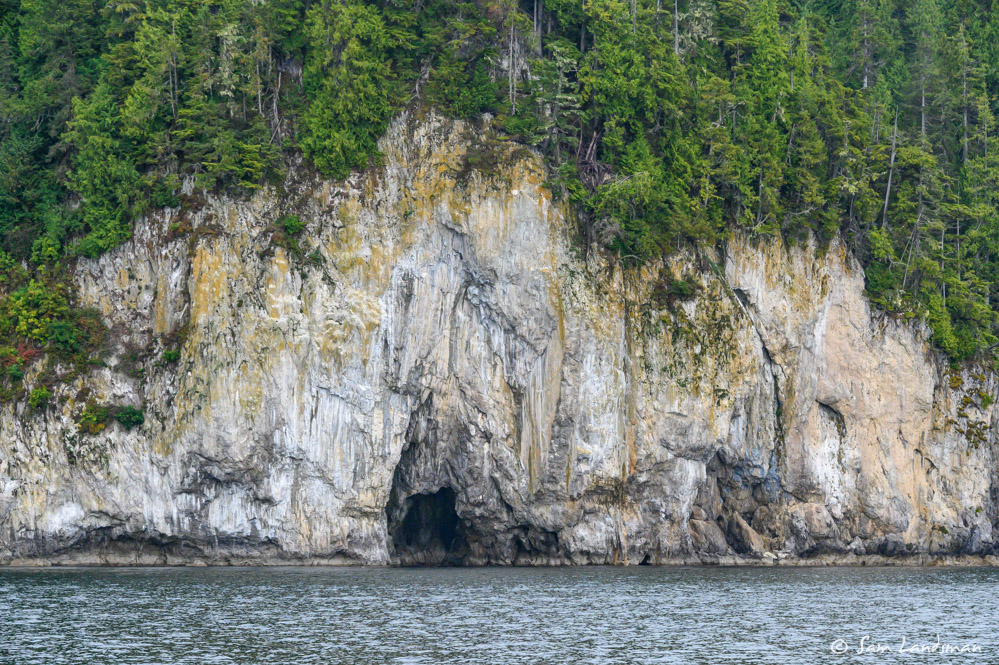 When we arrived at Point Baker, the dock was mostly full. There was room for only one boat on the main dock, but the locals said it didn’t matter how deep we rafted, so Nereus took the spot as they arrived first, and Polymela, Jester, and Safe Harbour all rafted on. 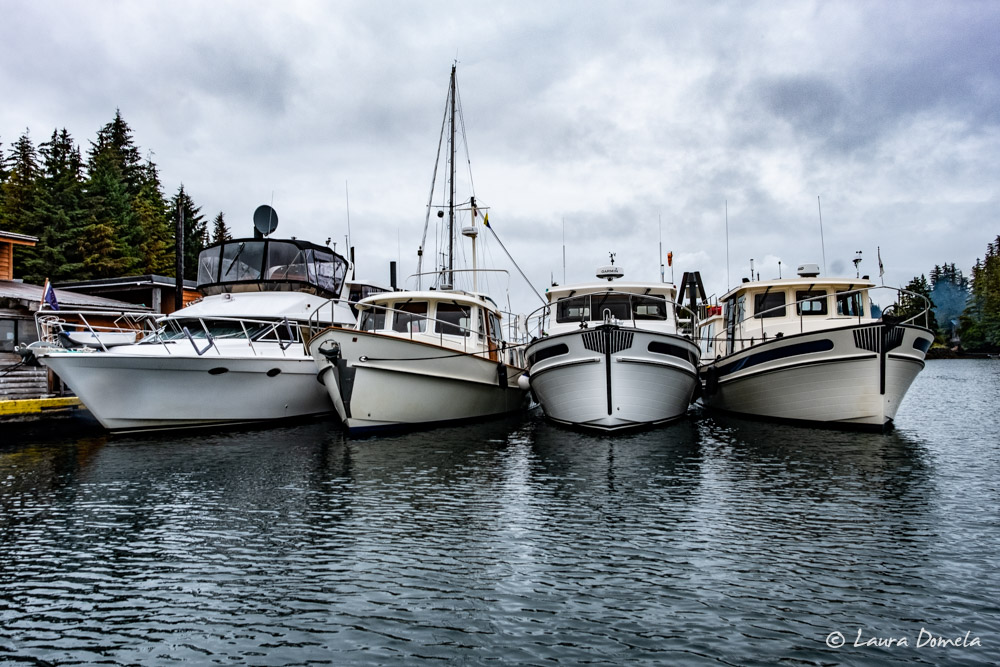 Airship got permission to tie to the north side of the float plane dock for the night, since there were no planes coming in today.

Point Baker is a very small community (about 25 year-round residents), and has a limited grocery store (only open 12-2pm), a small restaurant (currently under construction and operating out of the pub), a floating post office, laundry and showers, and a community building, all on this one floating dock that makes up the main village. 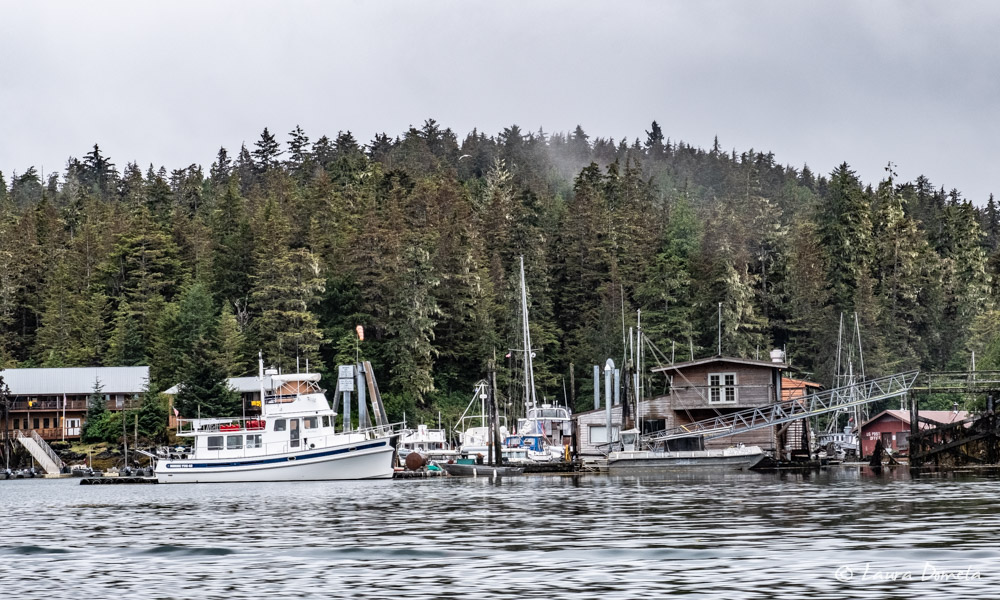 After we all got settled, we hopped in the dinghies for some exploring. 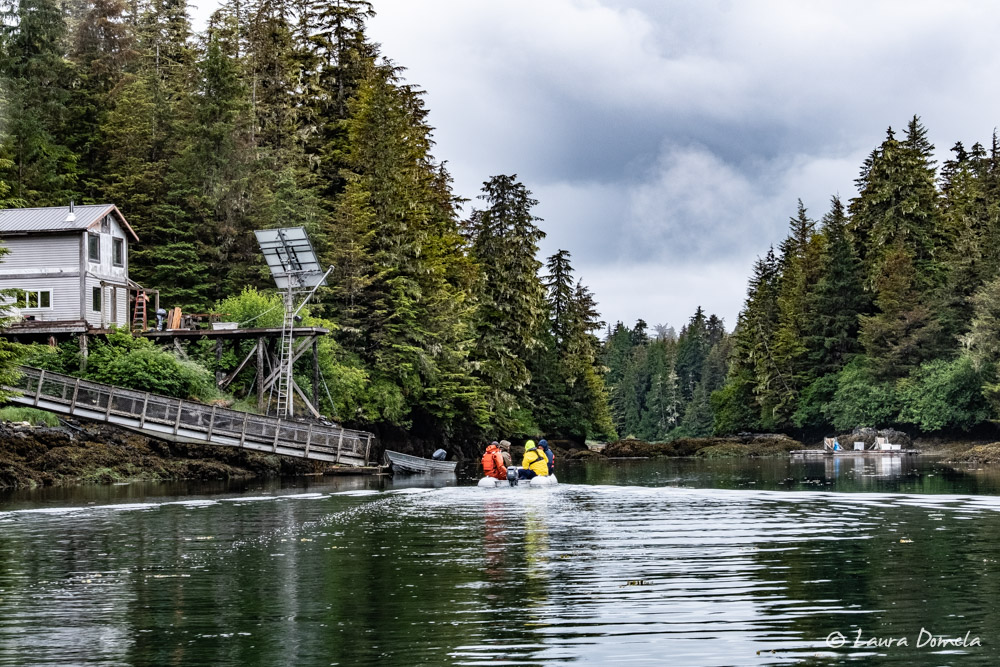 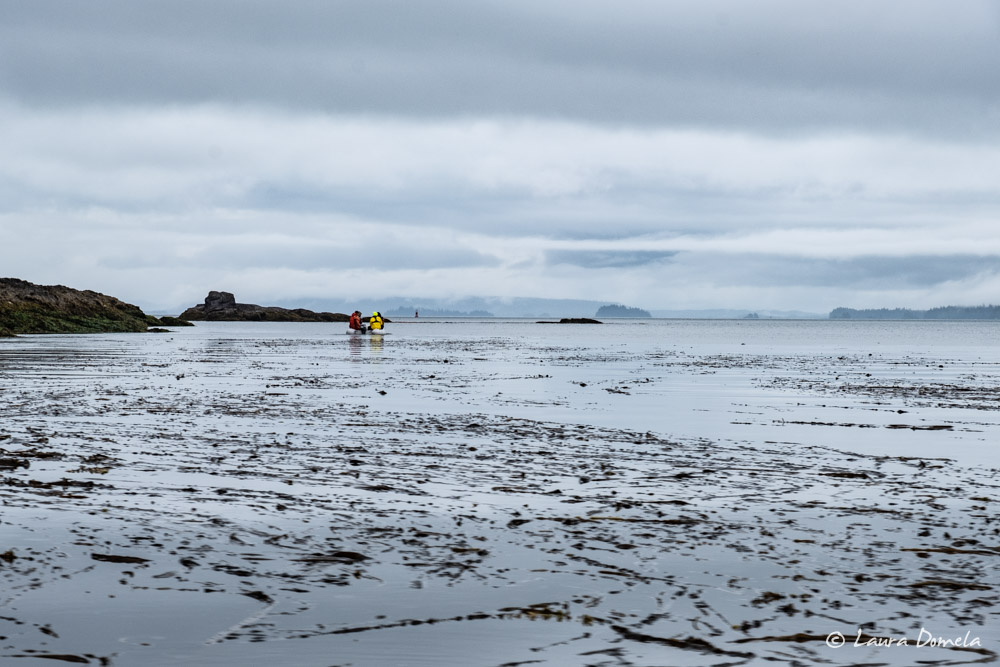 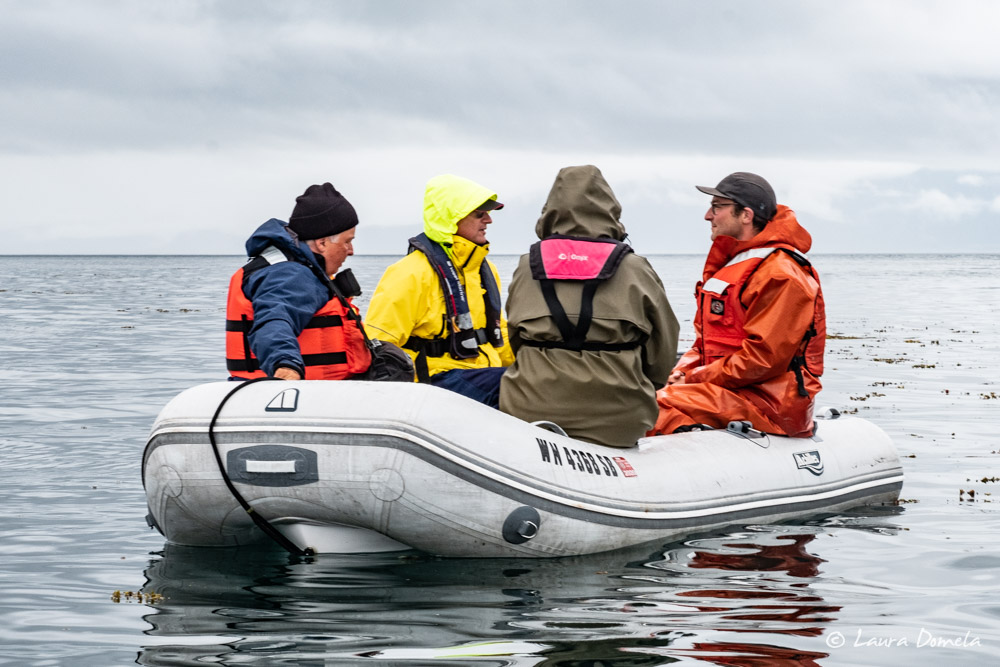 We watched some very large sea lions on the rocks and a couple of humpbacks outside near the entrance. 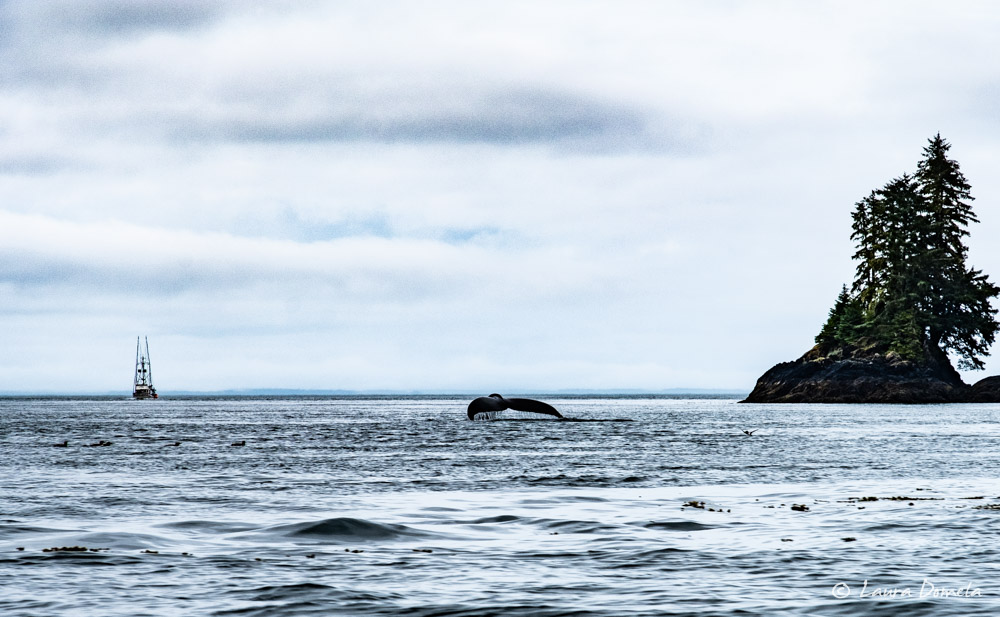 We met for an early dinner in the pub (the last floating pub in Alaska, apparently) and called it an early night. 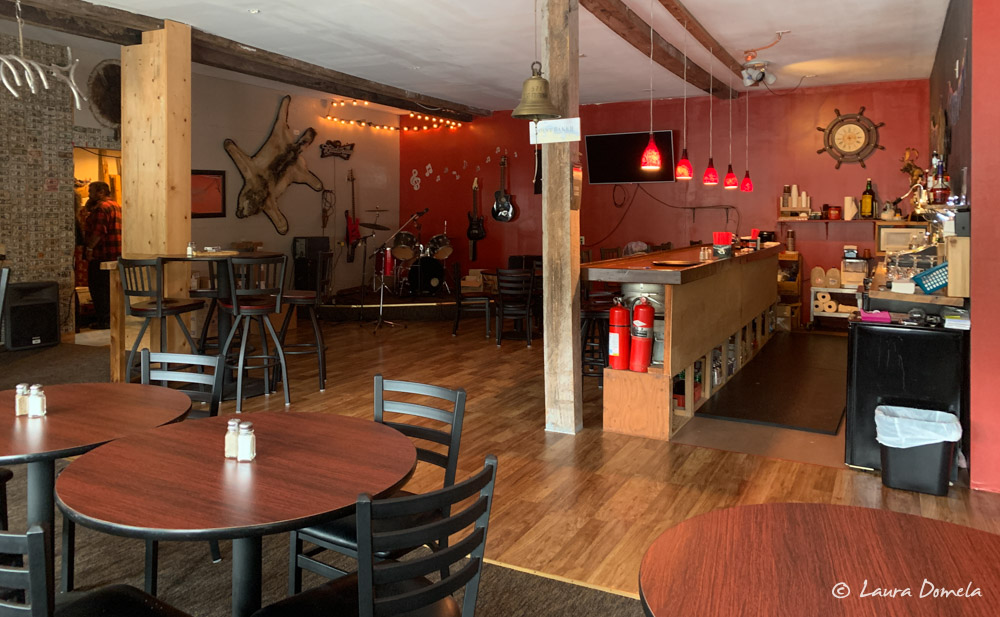 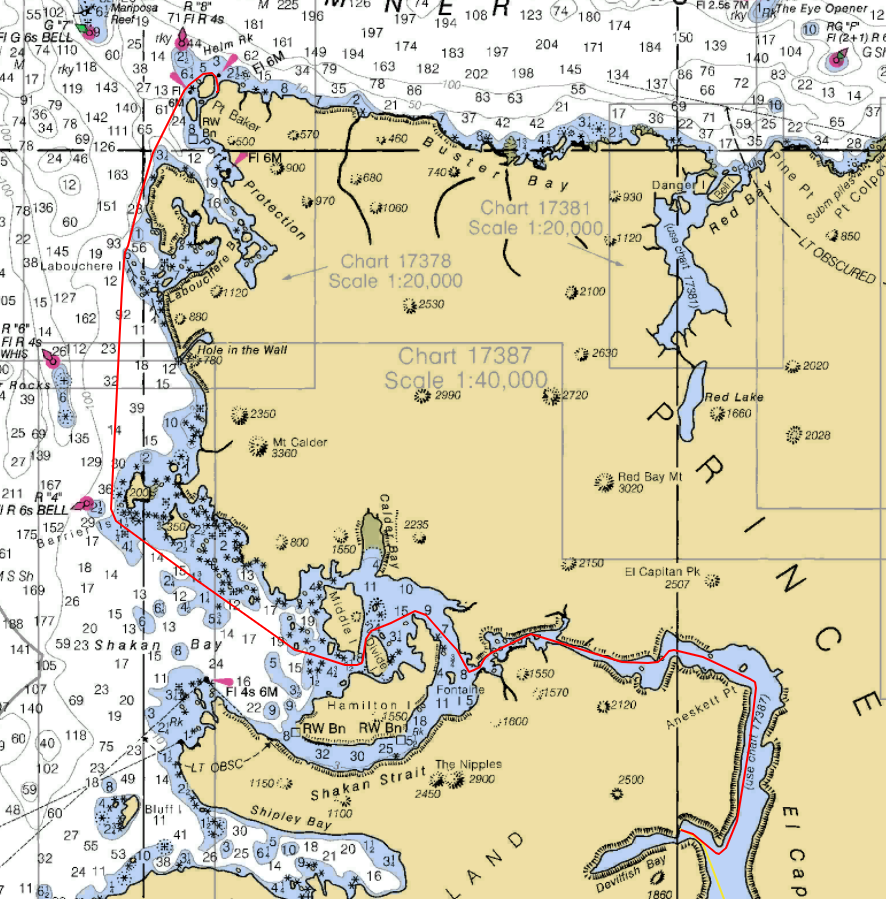