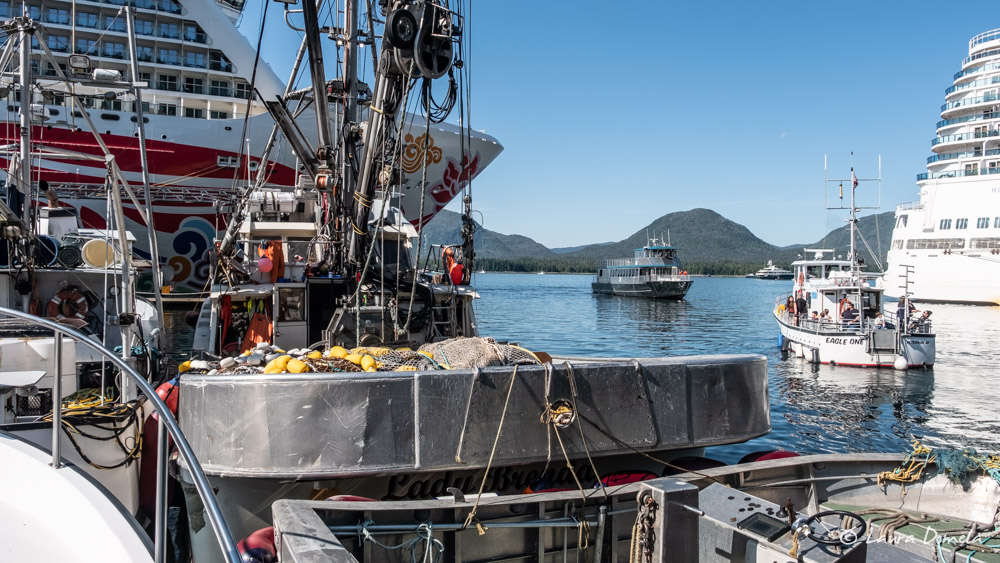 The rest of the group headed for the docks at Bar Harbor (closest to groceries and laundry), while Airship found a spot at city floats in town. Kevin’s brother has a day to sightsee before heading back to Miami, and city floats is close to downtown and all the things touristy. 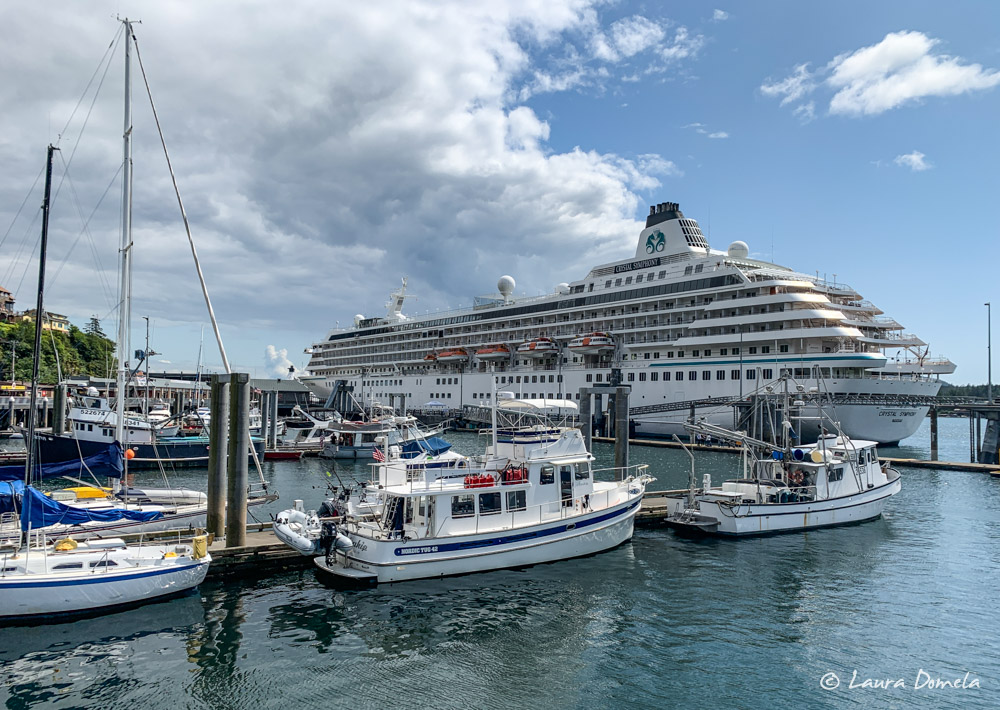 We’ll be in Ketchikan for four nights before we head out around Behm Canal and into Misty Fjords for the next leg of the flotilla. Until then the schedule is sightseeing, not cooking, walking, laundry, shopping, relaxing, and boat chores! 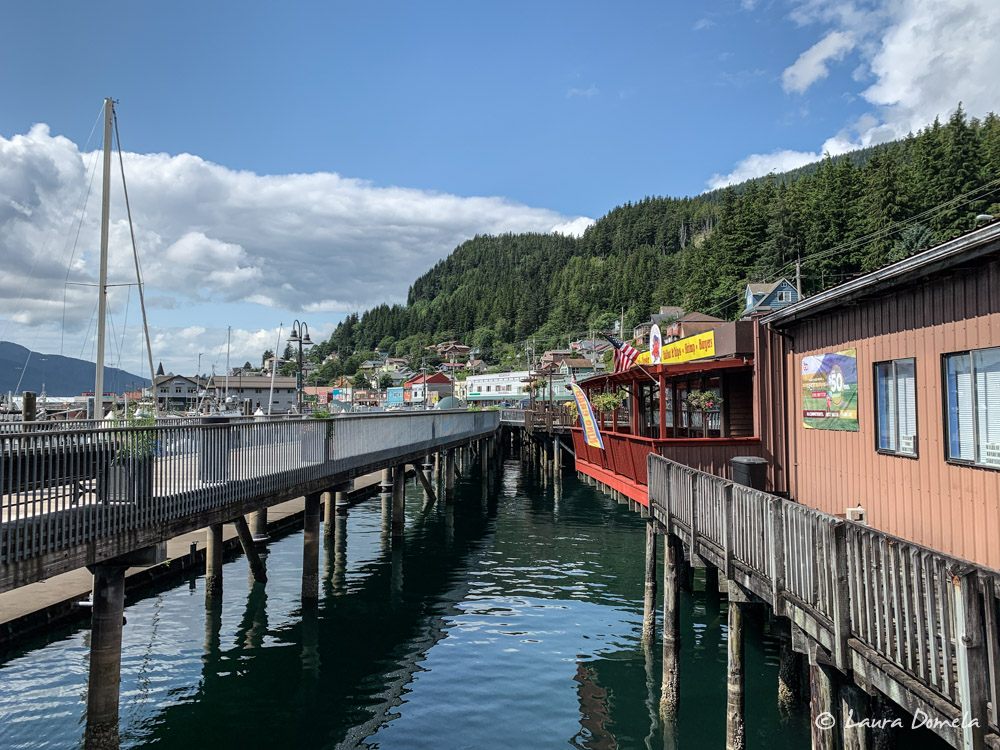 This is typically what a busy day at city floats looks like (taken from Airship’s pilot house door): cruise ships, fishing boats rafted two deep, tour boats and charter boats heading in and out, yachts…. 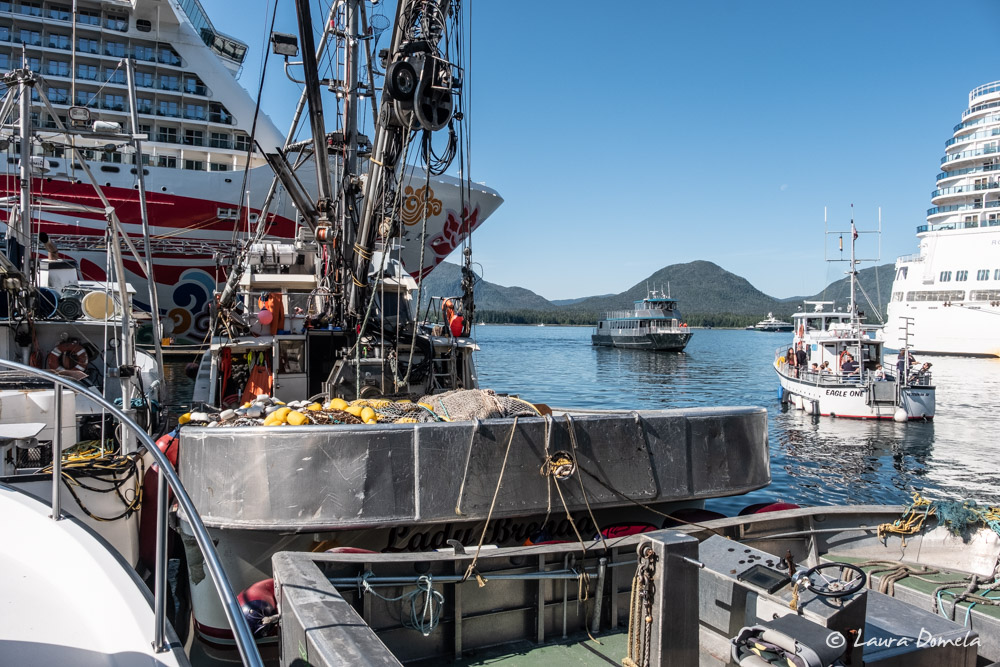 …and two minutes later, add a paddle boarder and a hovercraft to that picture. 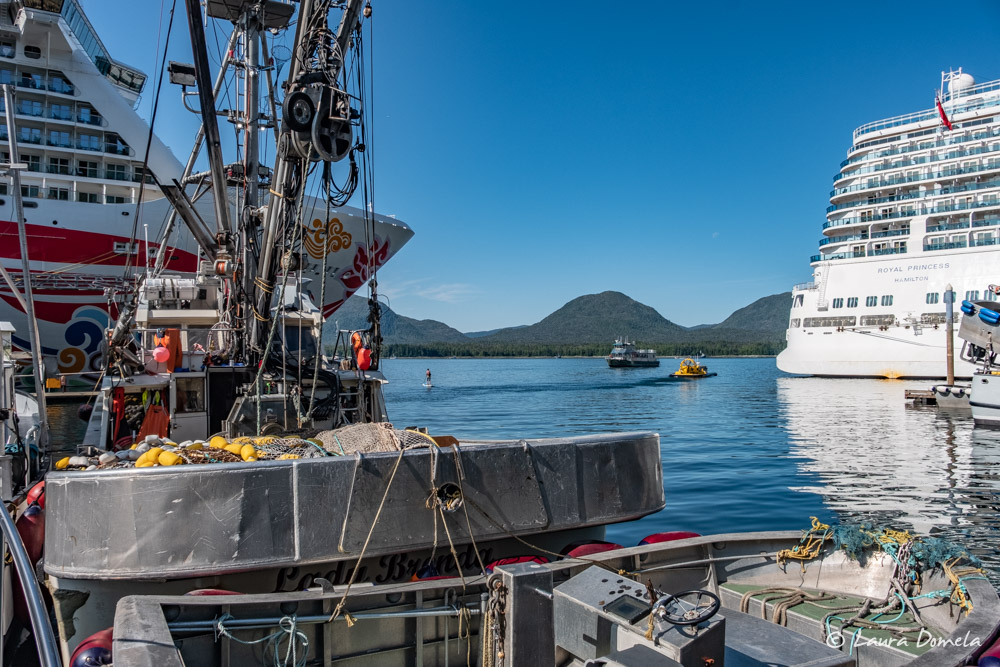 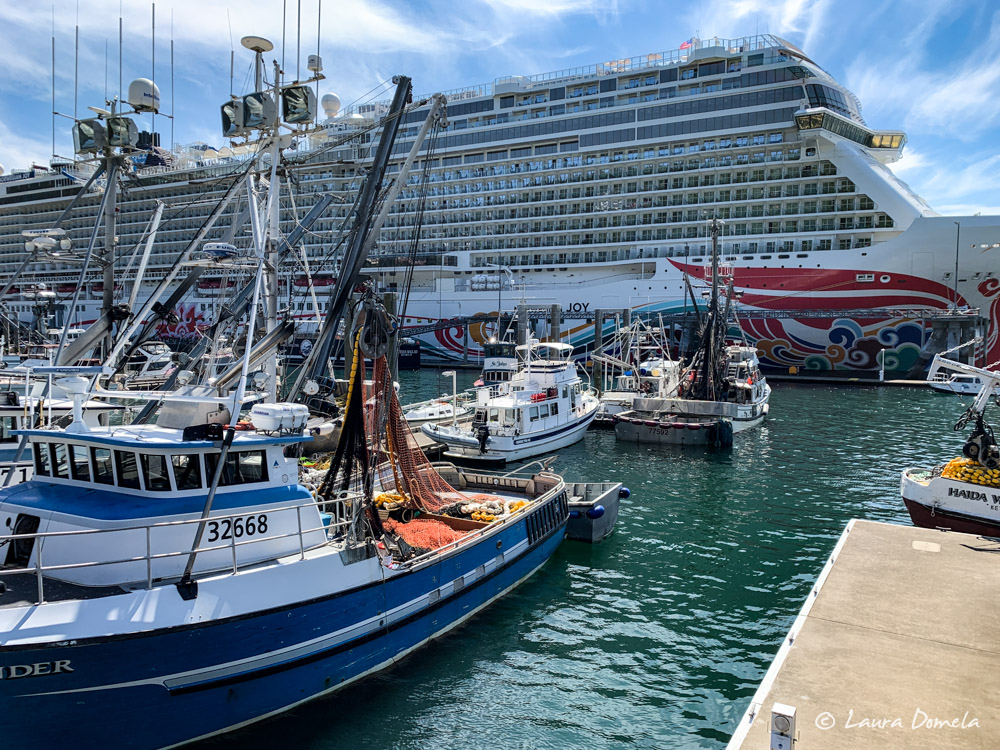 We’ll certainly be ready to be back out at a quiet anchorage by the time we leave! 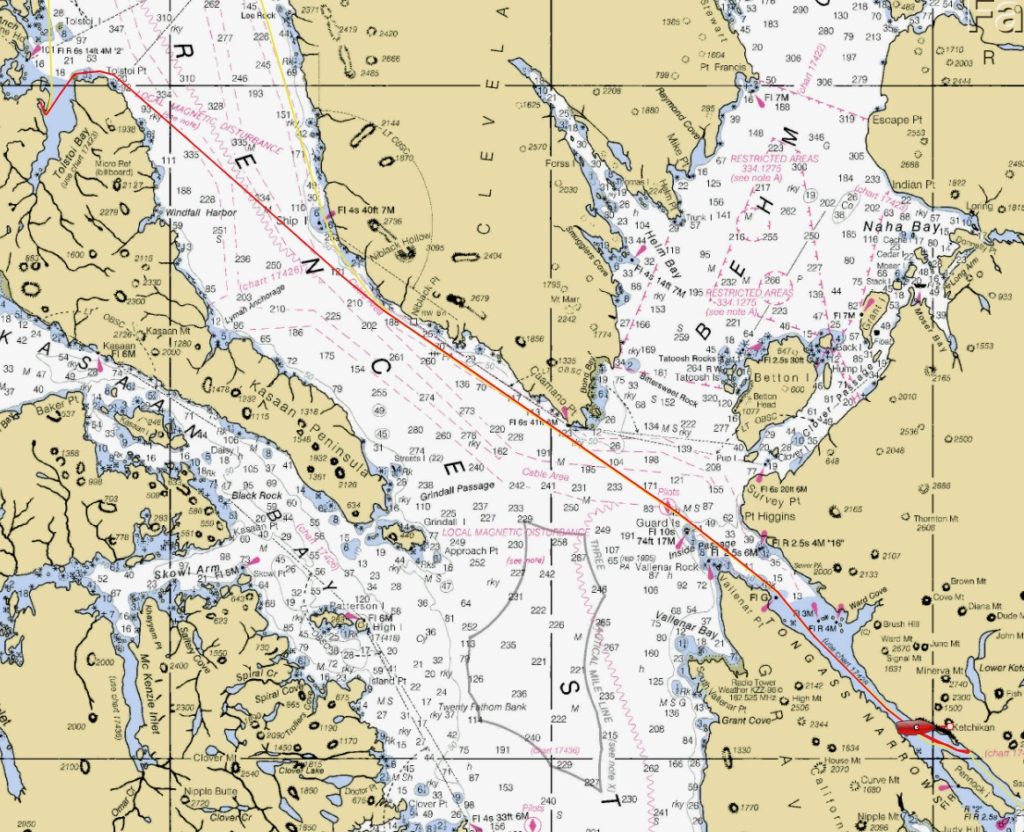