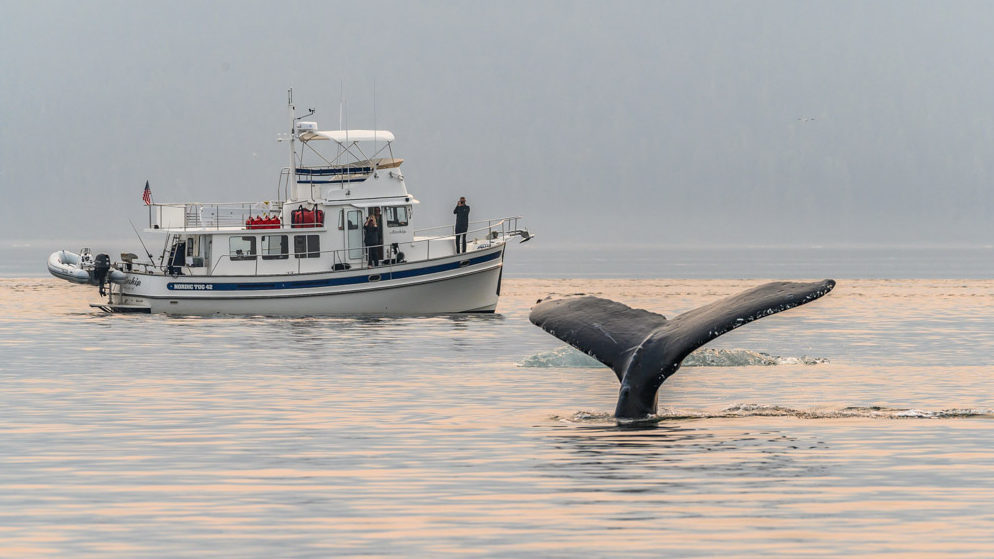 Regular readers know by now that Ford’s Terror can only be accessed at high water slack (actually, our recent dinghy excursion indicated low water slack is probably doable, but we don’t want to try it with a group the first time!). Today, that meant either about 6:00 a.m. or 6:45 p.m. Not wanting to motor through happy hour and dinner, we decided to take the early morning slack.

We pulled anchor by 5:00 a.m. to arrive at the exit by 6:00 a.m. It’s about 4nm from the anchorage in the west arm, so we were a little early but went through with just a couple knots of current still flooding in (against us, so we had more maneuverability). Even at this early hour we like to build in a little wiggle room in case it takes extra time to raise the anchor or the current turns sooner than expected.

The haze and smoke was a little worse today, as evidenced by this photo of Sumdum Glacier near the Endicott Arm bar:

But just after exiting Endicott Arm, near Wood Spit, we were treated to an incredible whale show. Humpbacks were breaching and surfacing all around us, so we stopped to enjoy the show. 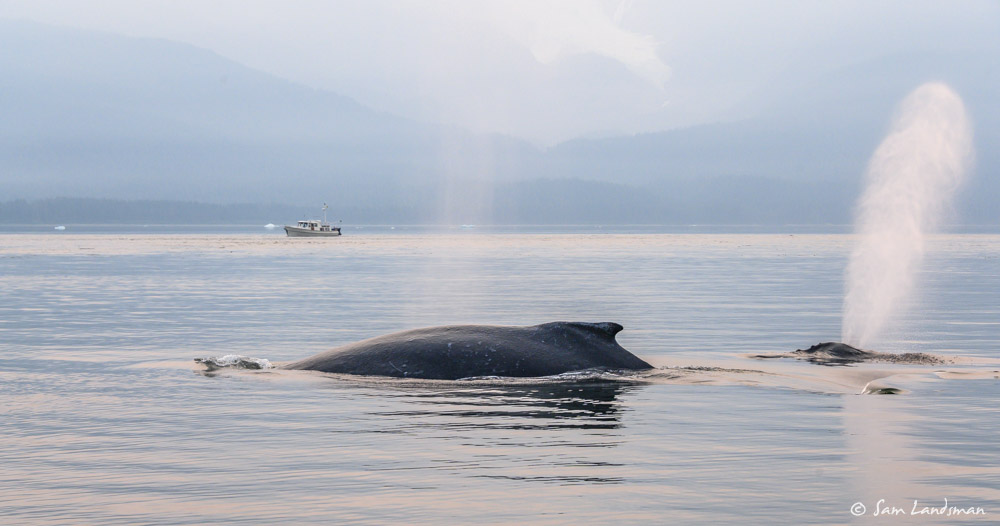 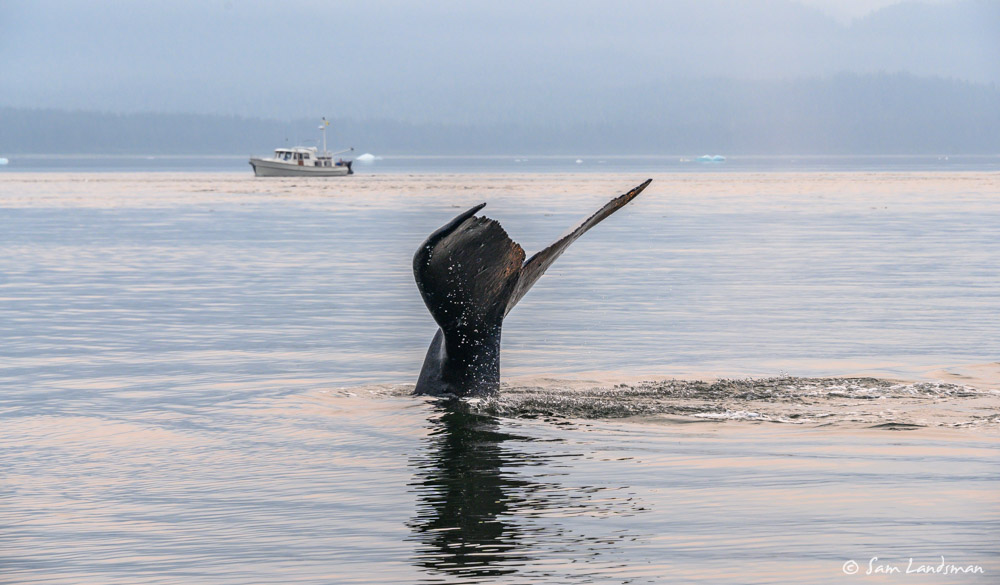 For nearly an hour we drifted, watching and listening as the humpbacks surfaced, some far and some very close.

Various parts of humpbacks out of the water: 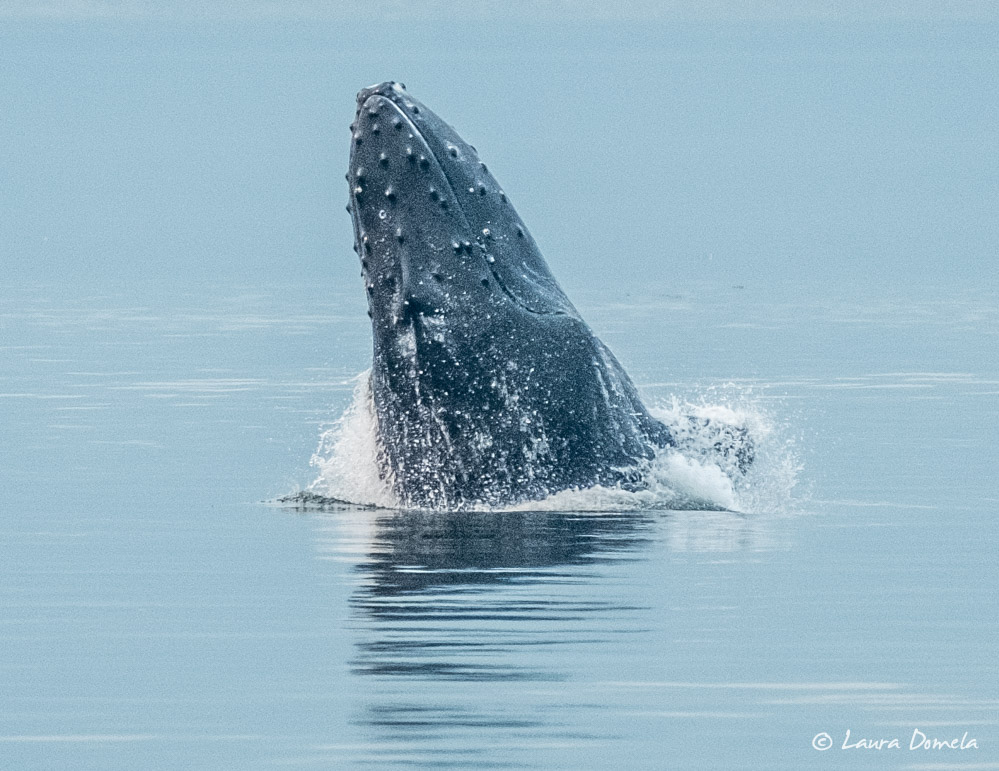 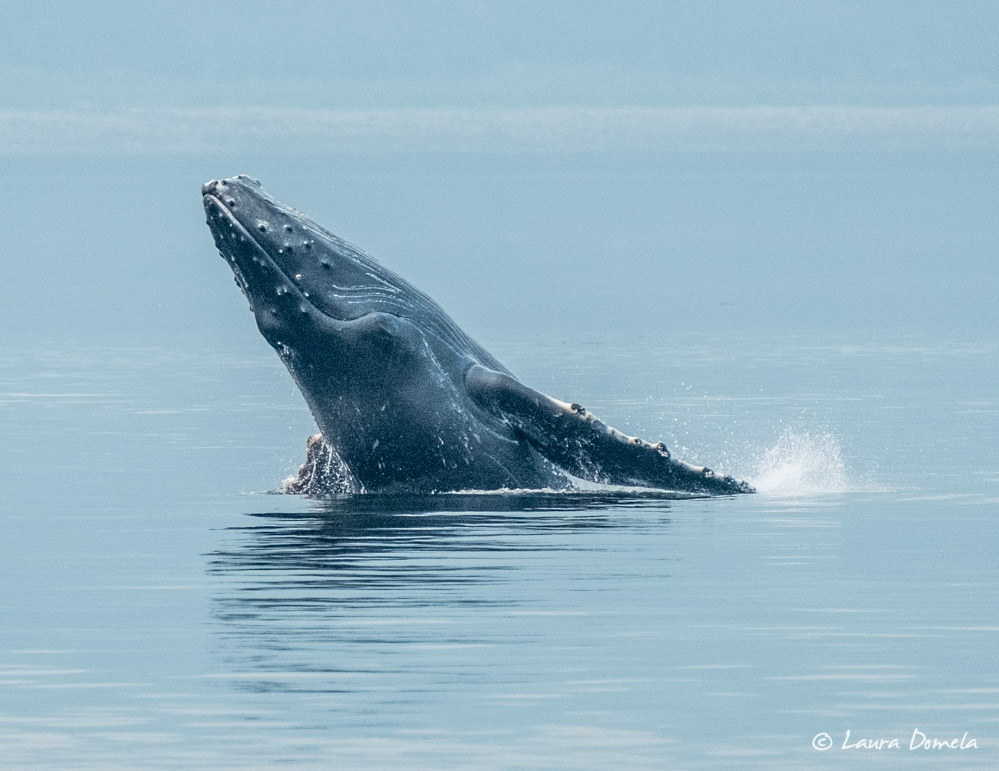 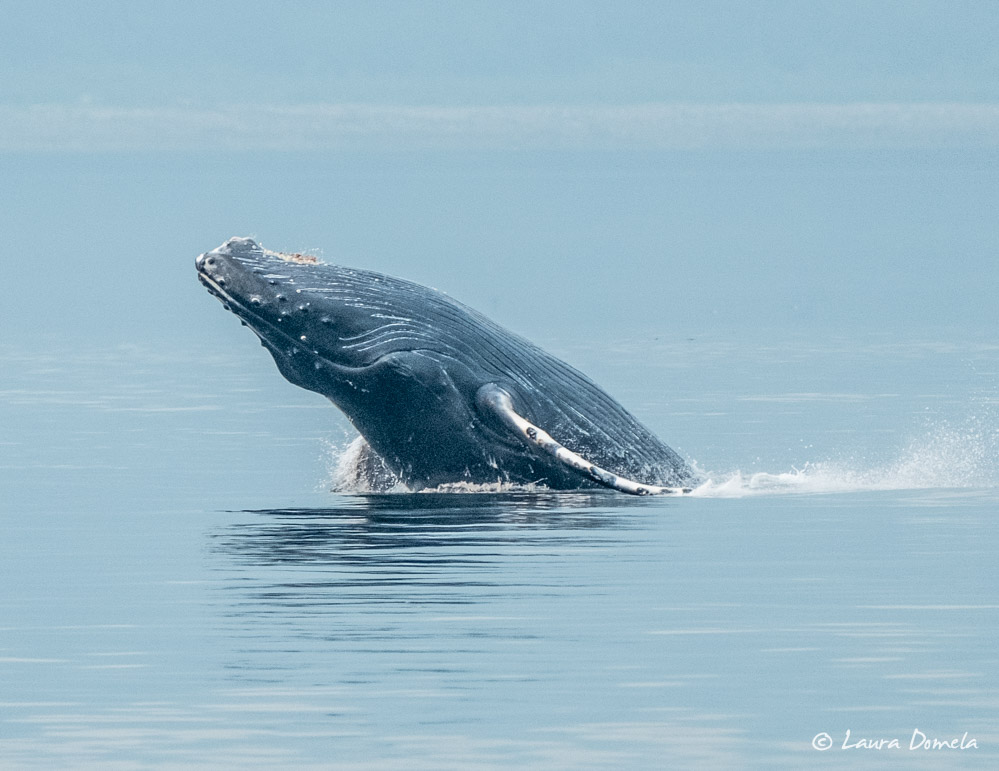 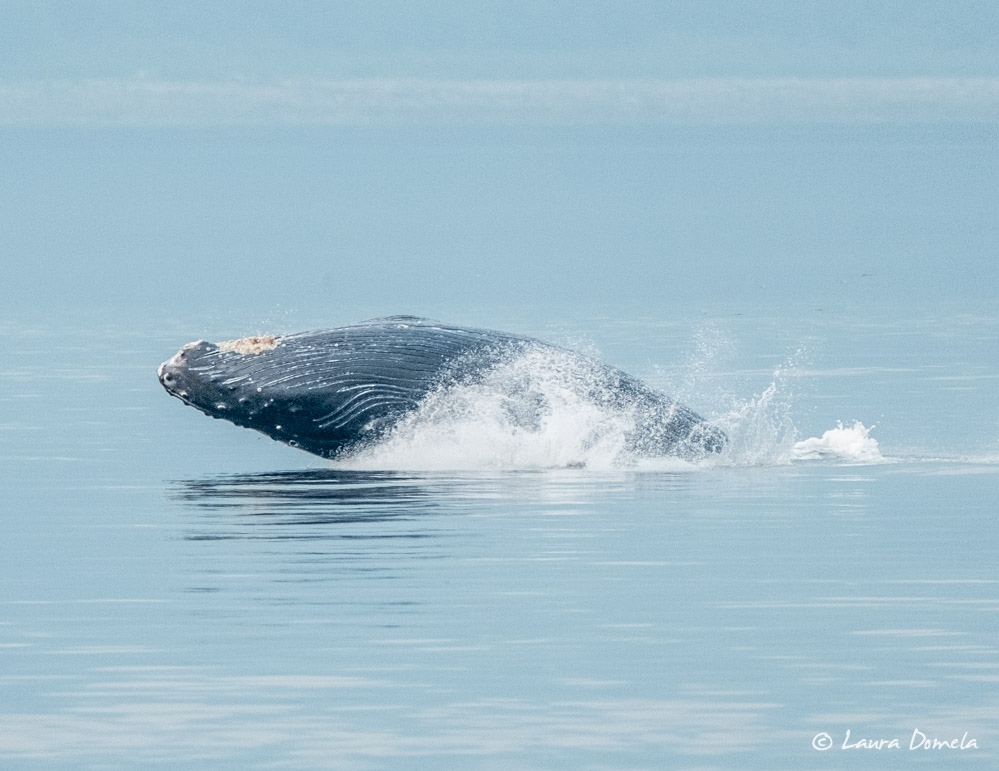 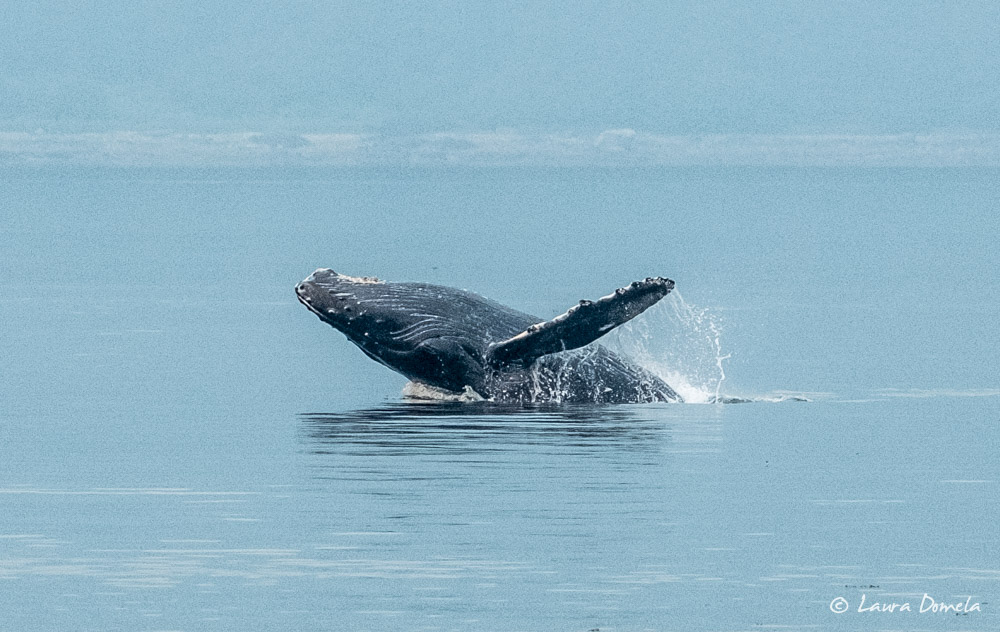 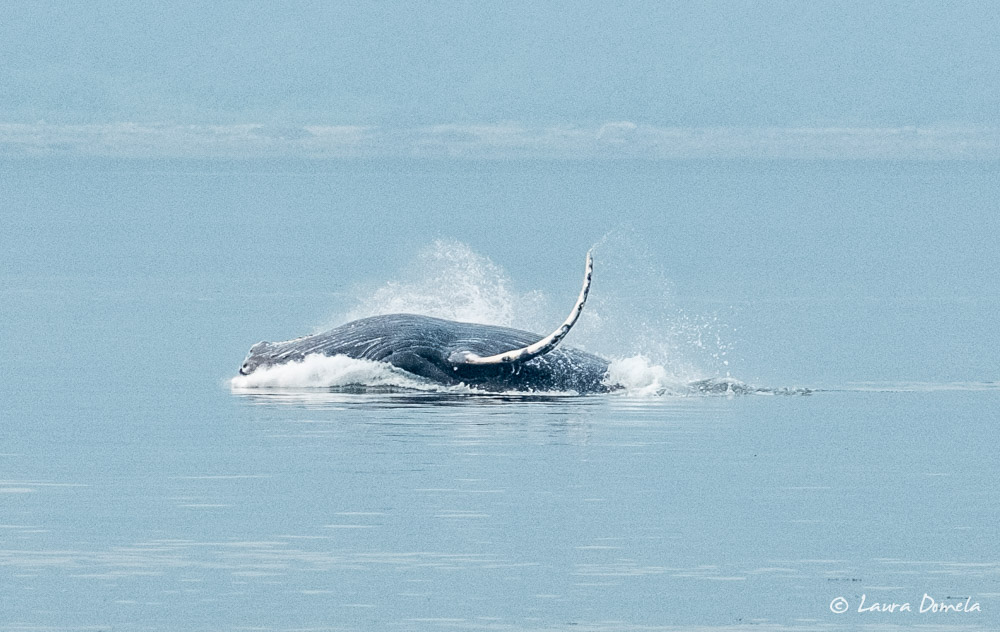 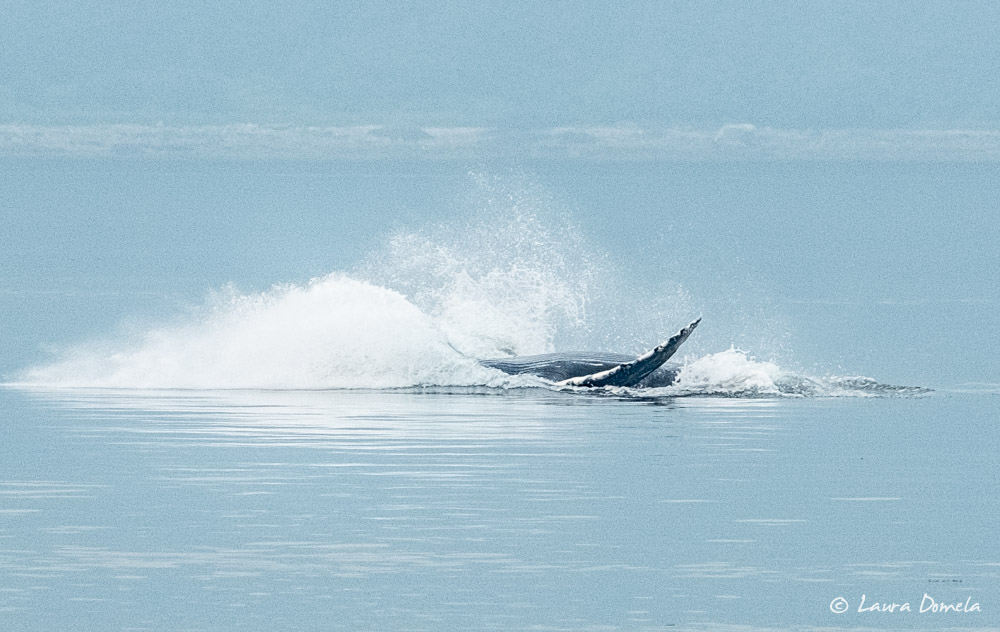 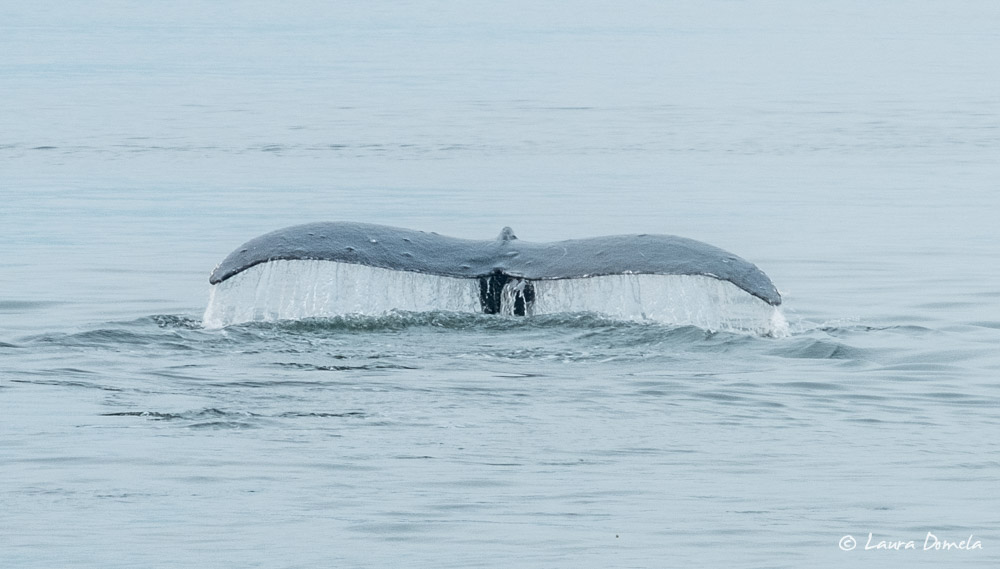 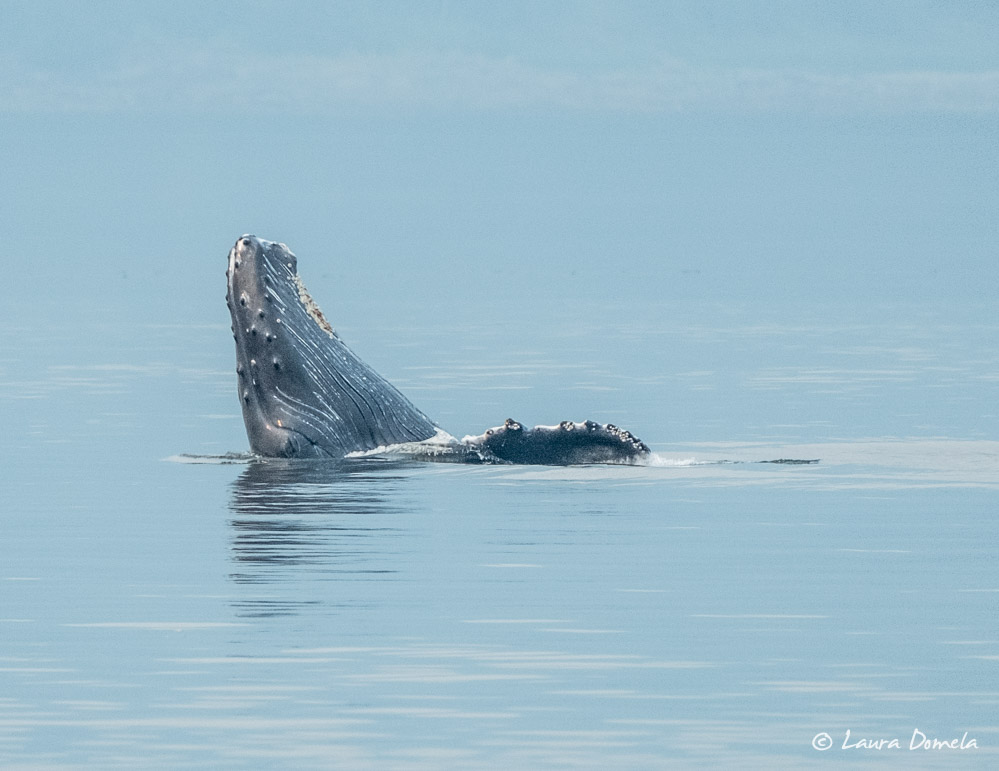 The humpbacks moved on and we did the same. We crossed Stephens Passage and entered Gambier Bay on Admiralty Island, anchoring for the night in Snug Cove. This is a large, easy anchorage—not particularly well named, in our opinion—with depths in the 30-60 foot range and good holding. The downside? Bugs. More bugs than we’ve seen anywhere. So many horseflies that even getting into the dinghies for a ride around seemed unattractive to many.

A few folks put down crab traps (we heard crabbing was good and the intel was backed up by all the commercial pots in the cove). Several went out in dinghies to fish, and Kevin brought back this photo of a cool landscape illusion:

Many of us relaxed aboard, napping after the early wake up call, unmotivated to explore amid the bugs and smoke. Still, we gathered on the raft for tacos and conversation in the evening. We relived the morning whale encounter and chatted about the weather. We’re a little shocked by the latter: more than two weeks now without rain, consistently warm temperatures and calm winds, and intense forest fire smoke make this summer very different from past summers we’ve had up here! 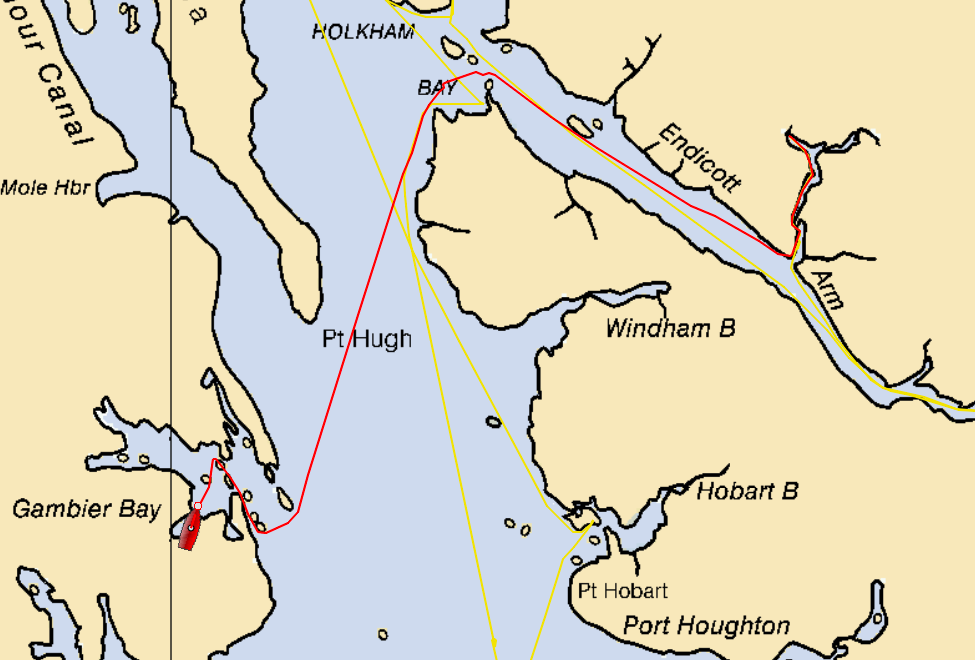