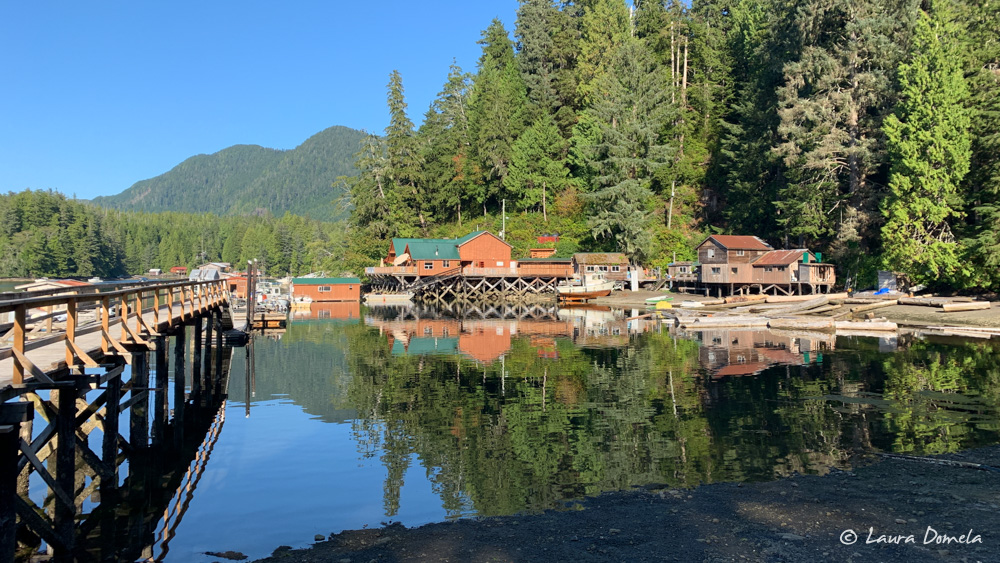 Airship left the Bunsby Islands first, just before 8:30am for the 10nm cruise over to Walters Cove. There was no rush to arrive at Walters Cove early, but we were hoping to find space on the public dock, and with one lead boat in first, we’d be able to help the rest get settled. The sea was calm, the sky clear, and we had hardly any wind. It was a gorgeous, too-short cruise.

We arrived in Walters Cove and found the public dock mostly empty but for two local boats. We rafted two deep on the north side of the dock, and left space at the end for the float plane (delivering mail today) and on the south side for the locals.

We walked down to the Kyuquot Inn coffee shop/cafe to check weather, email, and to ask if they’d be able accommodate our group for dinner tonight (they said yes), and then reprovisioned at the store at the top of the dock. They had just restocked today, right before opening at 1pm, so we were able to get all sorts of fresh produce — nectarines, lettuce, limes, lemons, bananas, green onions —lucky timing!

After visiting the store, folks worked on boat projects, some chores, and just generally relaxed. Later that afternoon, Julie and David on Dog Star hosted a happy hour where they made everyone “Bitter French” cocktails (recipe below). 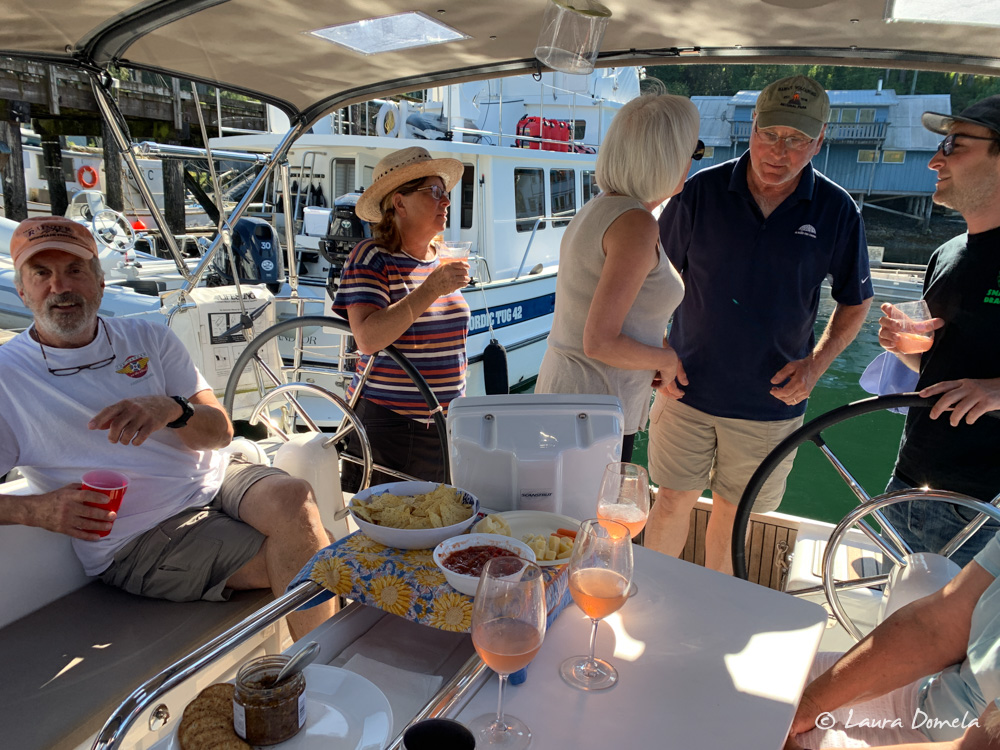 After happy hour, we all walked down to the Kyuquot Inn for an early dinner on the patio. 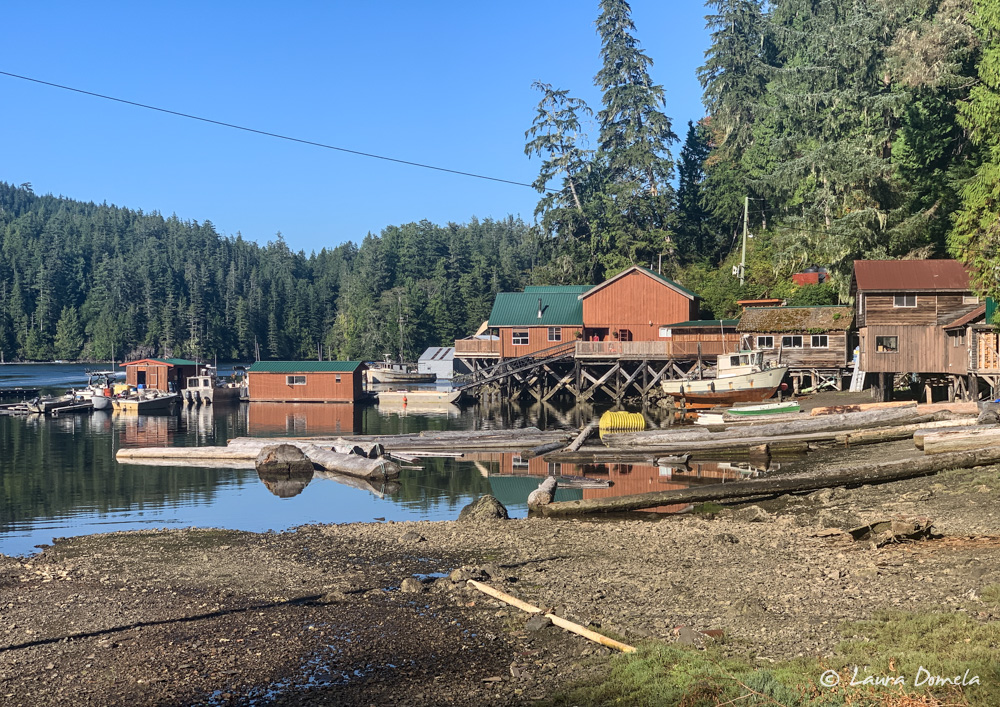 The place was filled with locals and it was nice to let someone else cook and take care of the dishes for a change! 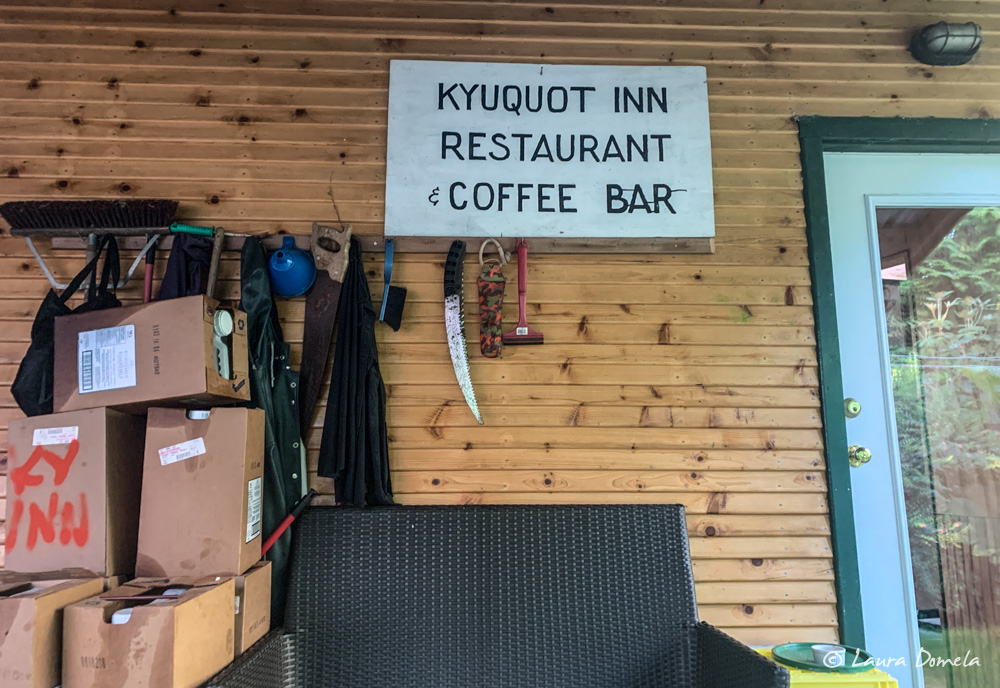 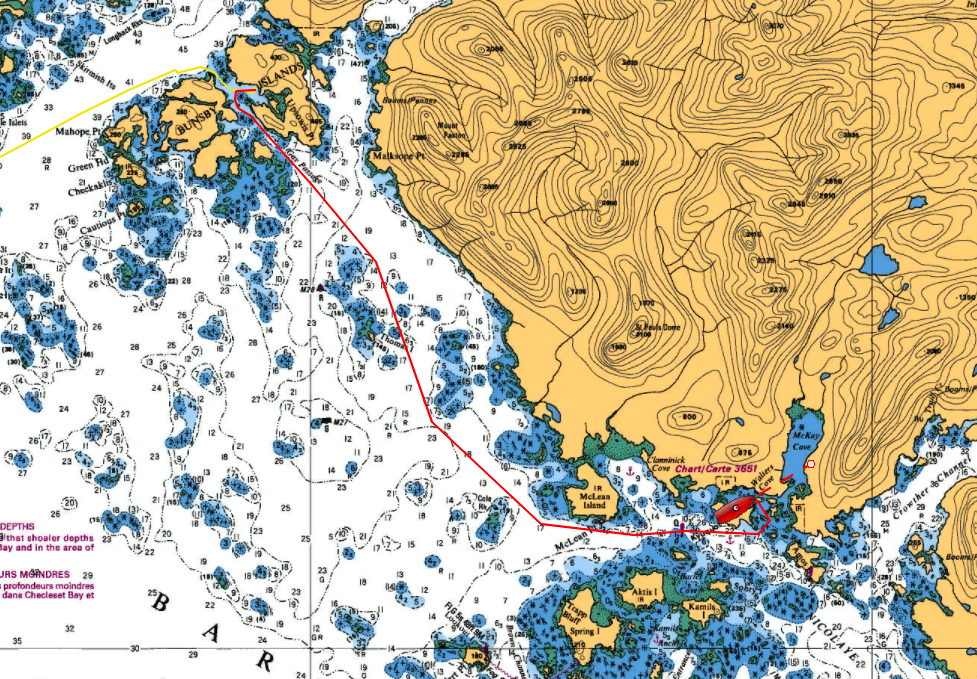 Shake, then strain into flute and top up with Prosecco