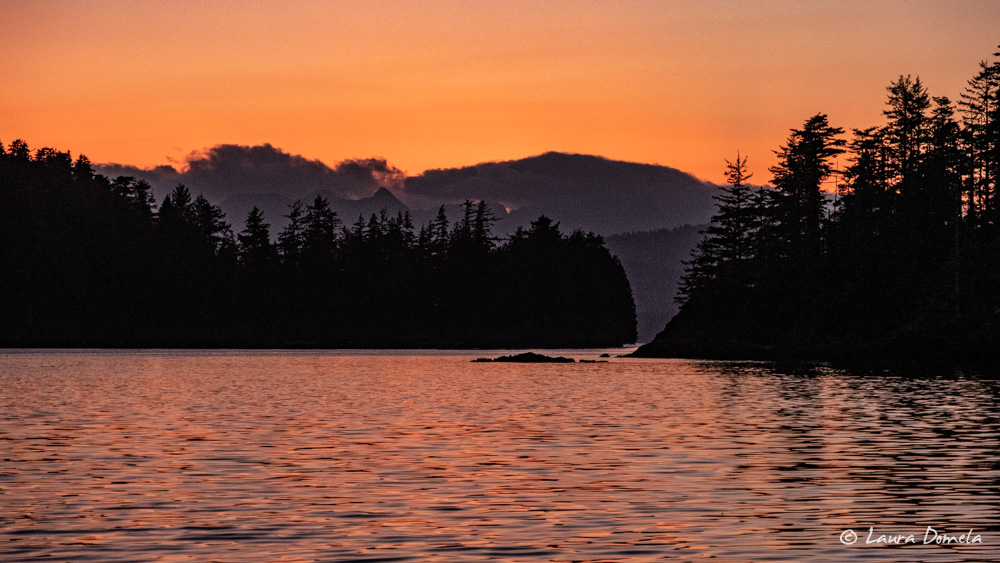 Life is good south of Brooks Peninsula! We awoke to a warm, sunny, calm morning. We only had a few miles to travel today, and although Checleset Bay is open to the ocean, the swells were gentle. 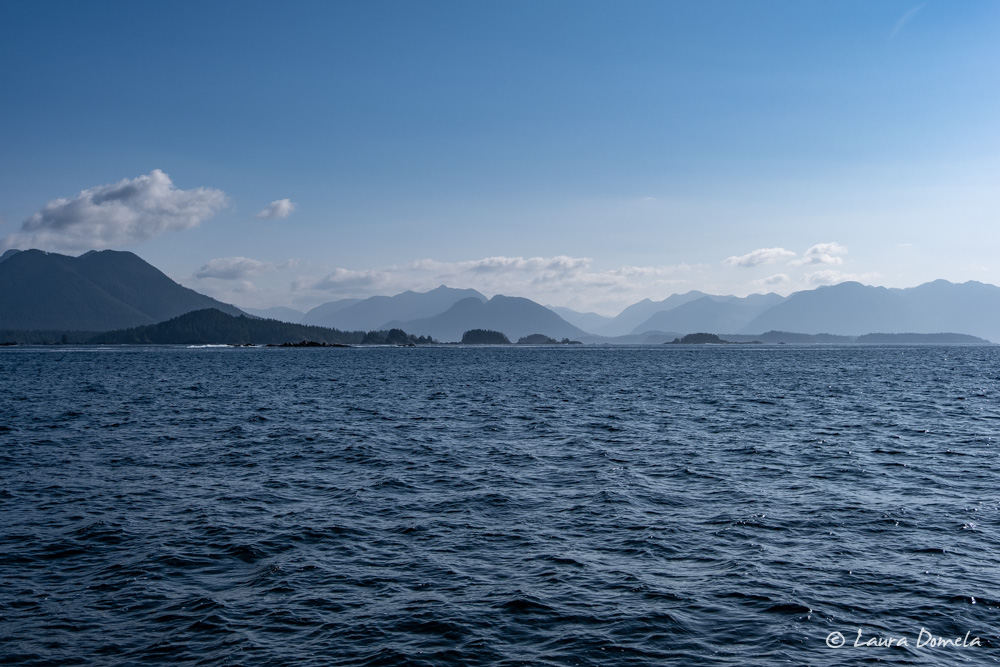 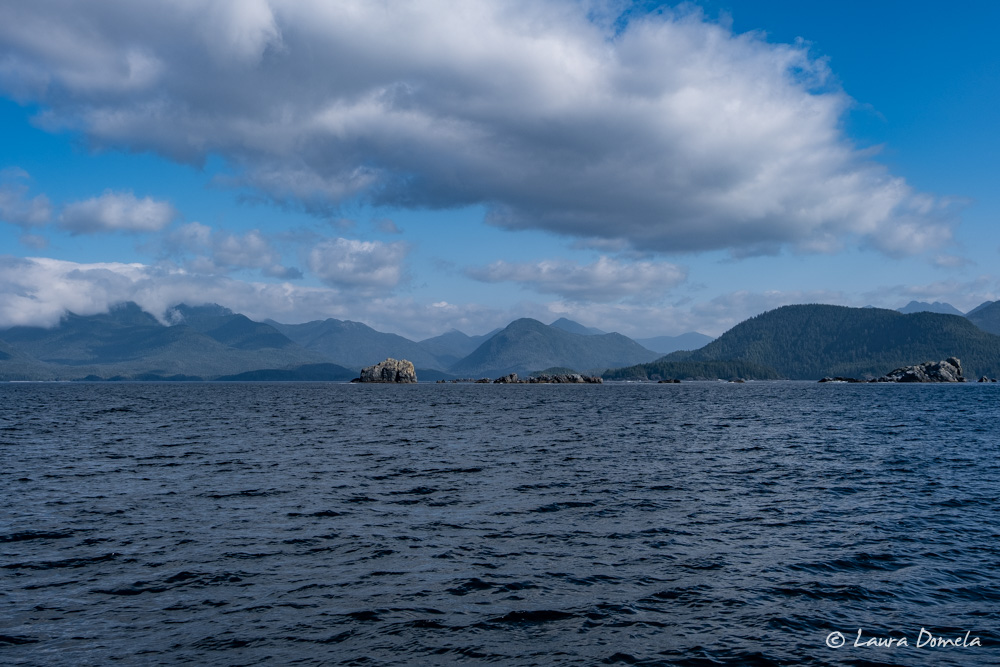 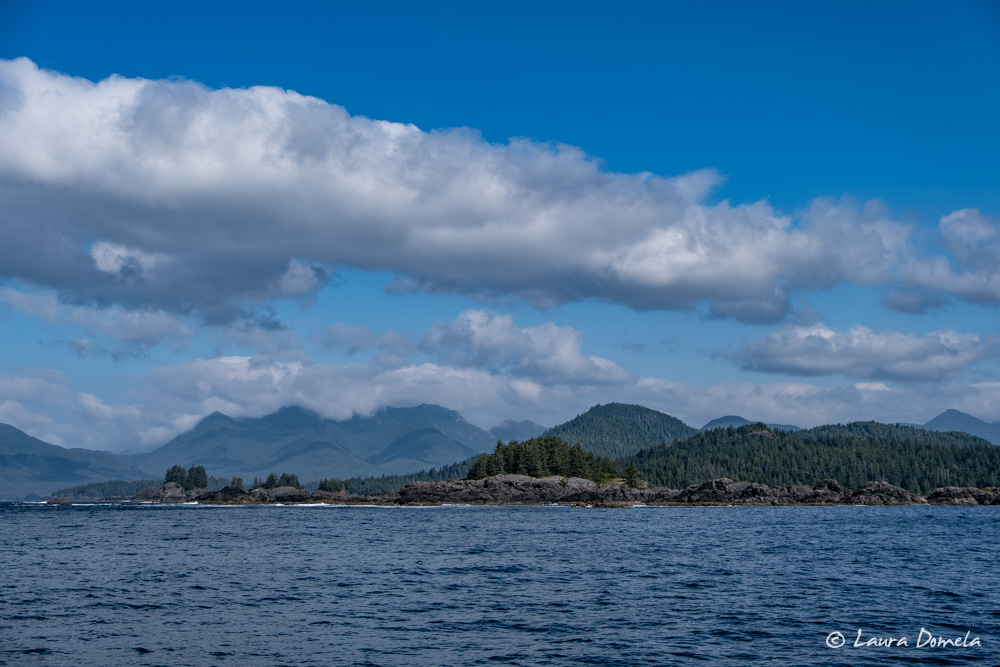 We had a relaxing, short 9nm cruise over to the Bunsbys, so no one really rushed out too early this morning. Once in the Bunsbys, we all anchored in Scow Bay. 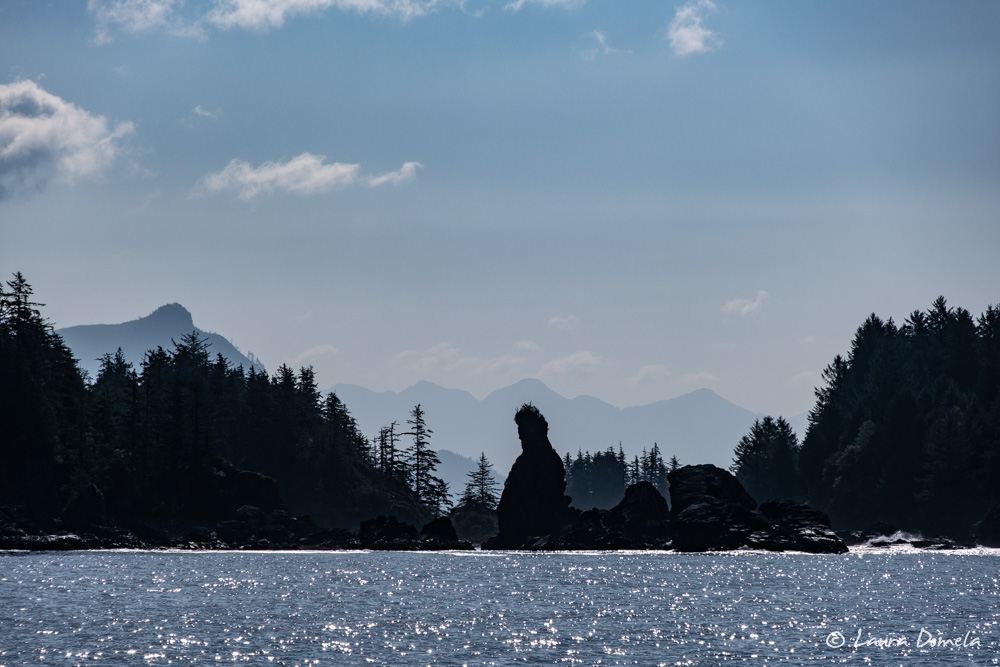 The Bunsbys, like nearly every other place we’ve stopped (except Sea Otter Cove), were devoid of cruising boats. We spent the day exploring by dinghy and kayak. Other than a few kayakers, we had the Bunsbys to ourselves. Several folks got lucky and spotted a black bear with two cubs on shore in the lagoon behind our anchorage.

Several folks got lucky and spotted a black bear with two cubs on shore in the lagoon behind our anchorage. 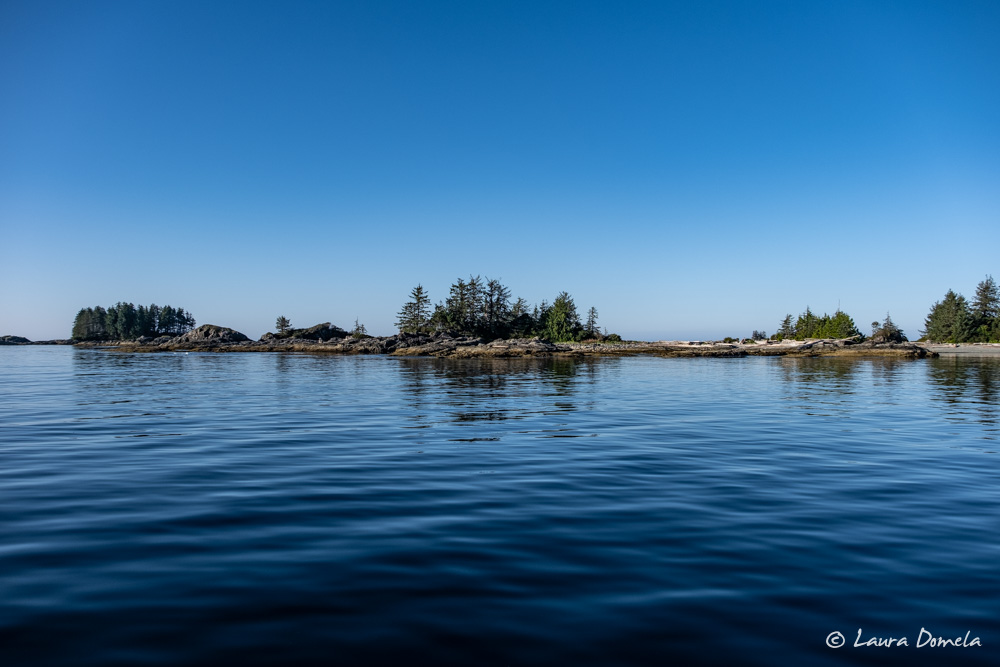 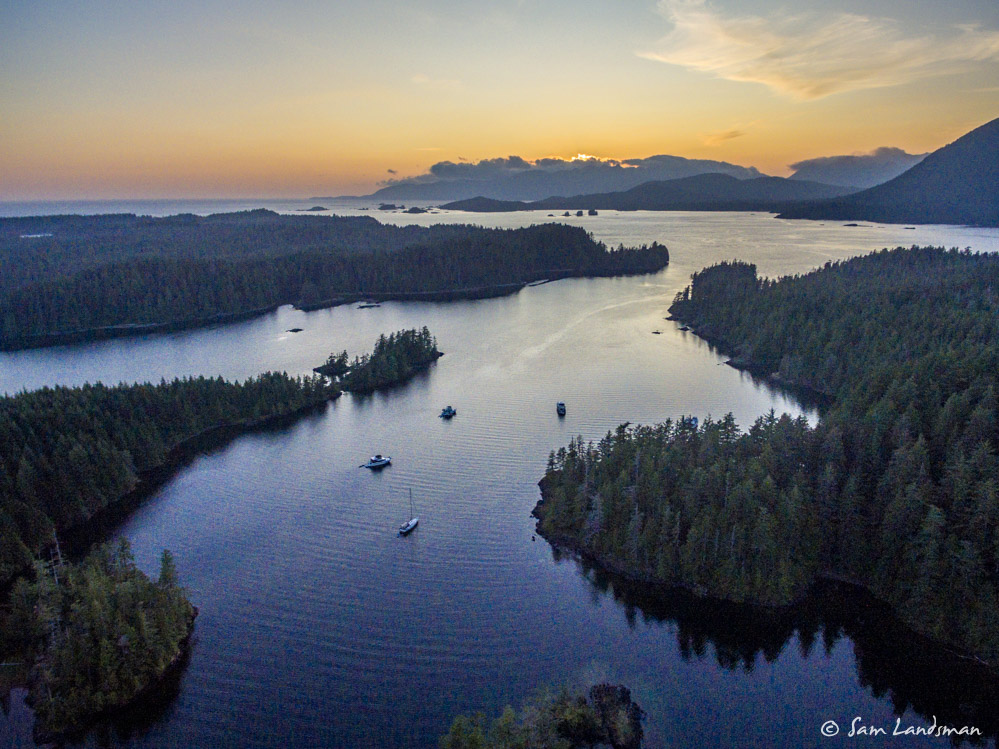 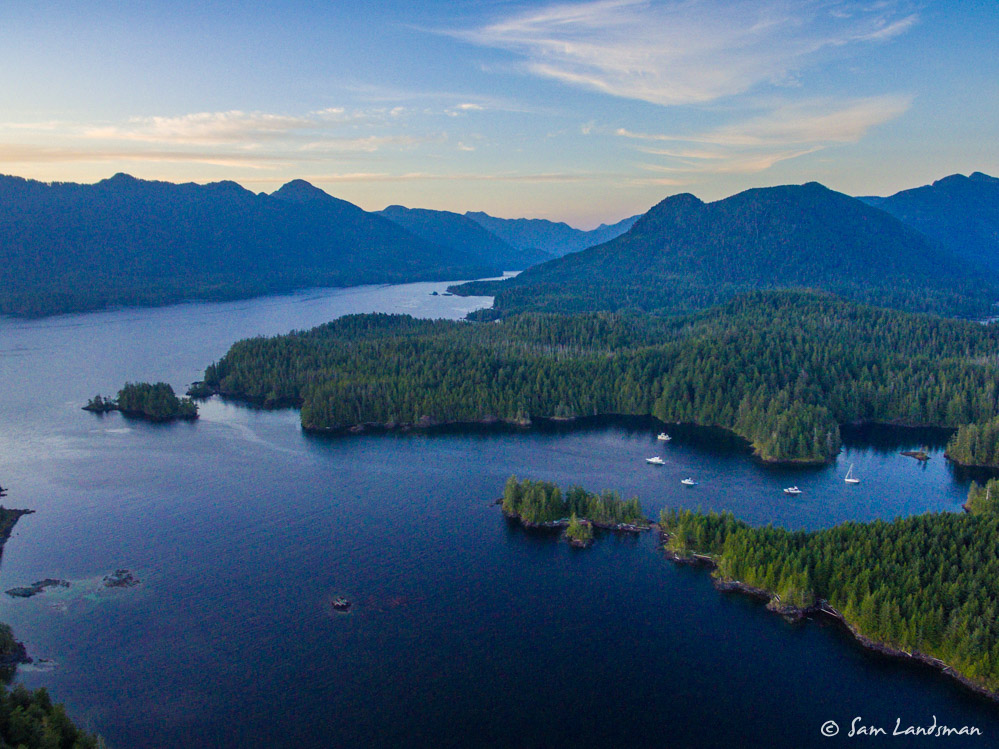 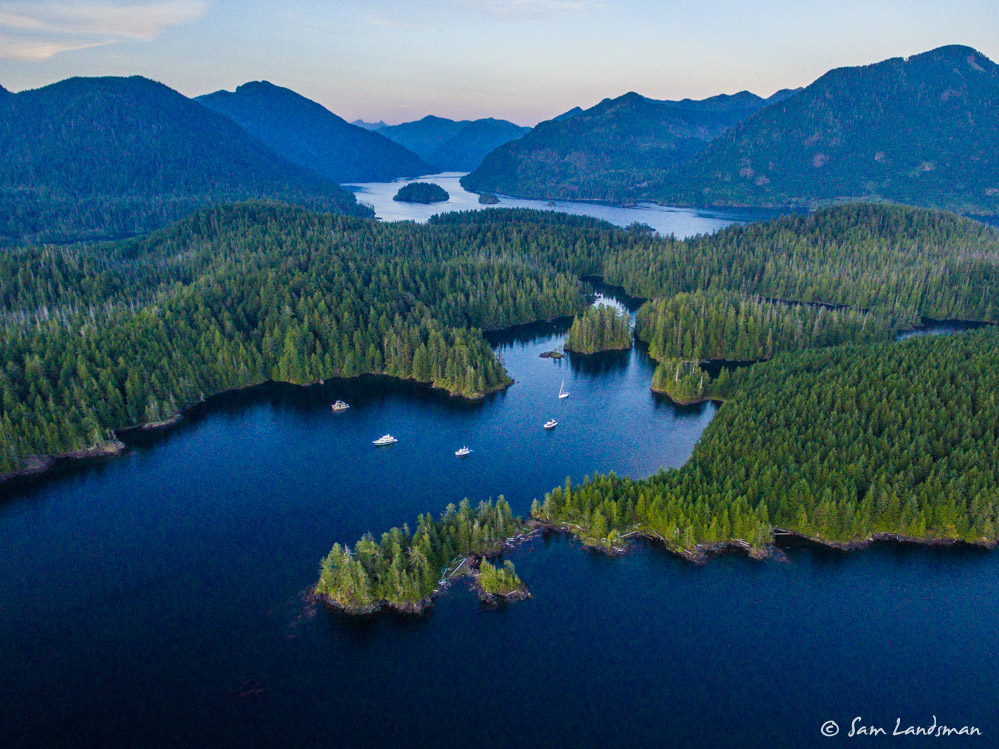 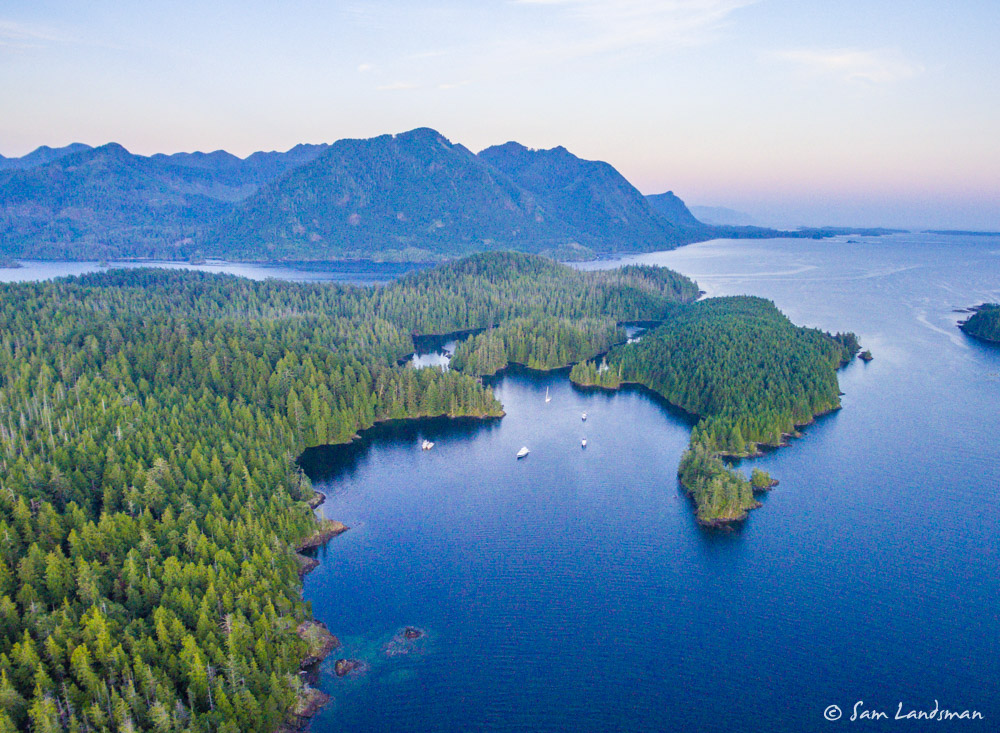 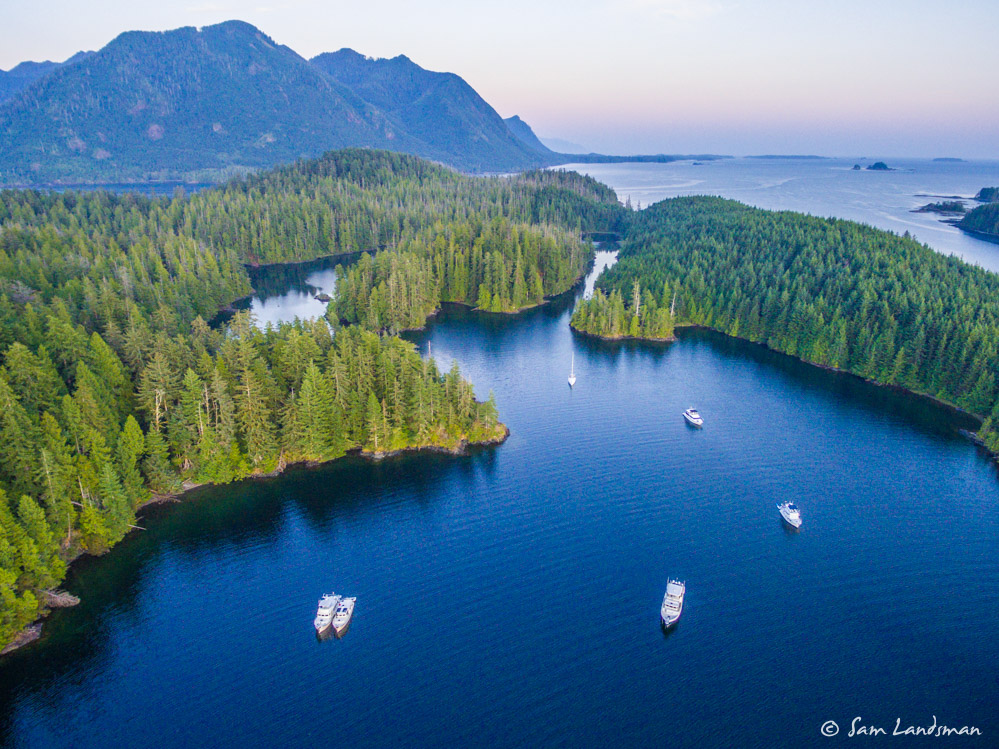 Tonight for dinner on the raft, the crew from Salish Rover brought over some black cod and turbot to grill, Julie and Laura made some miso-glazed grilled zucchini (recipe below). 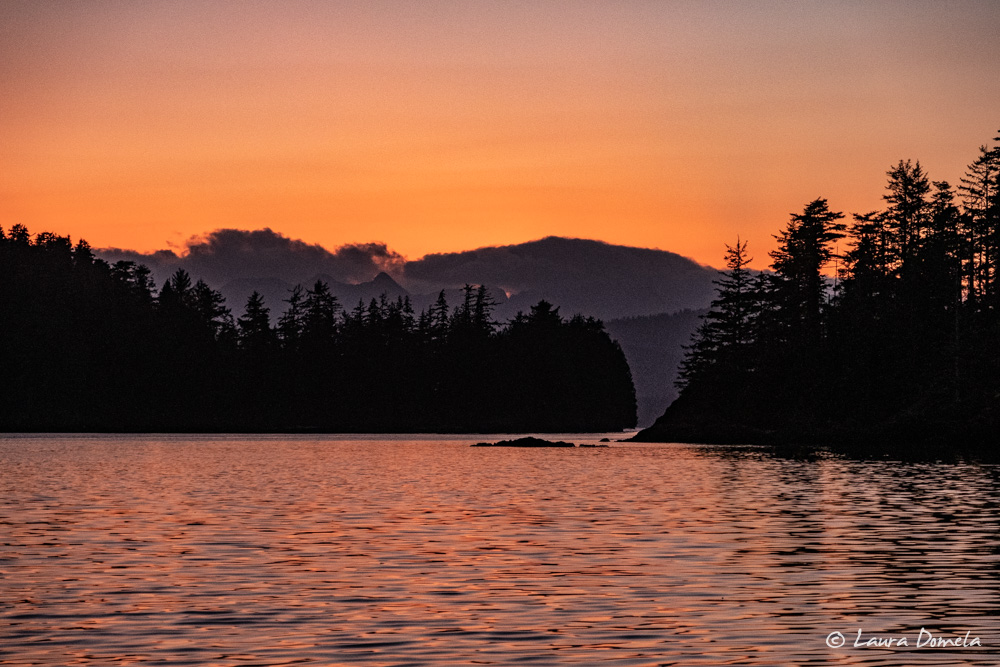 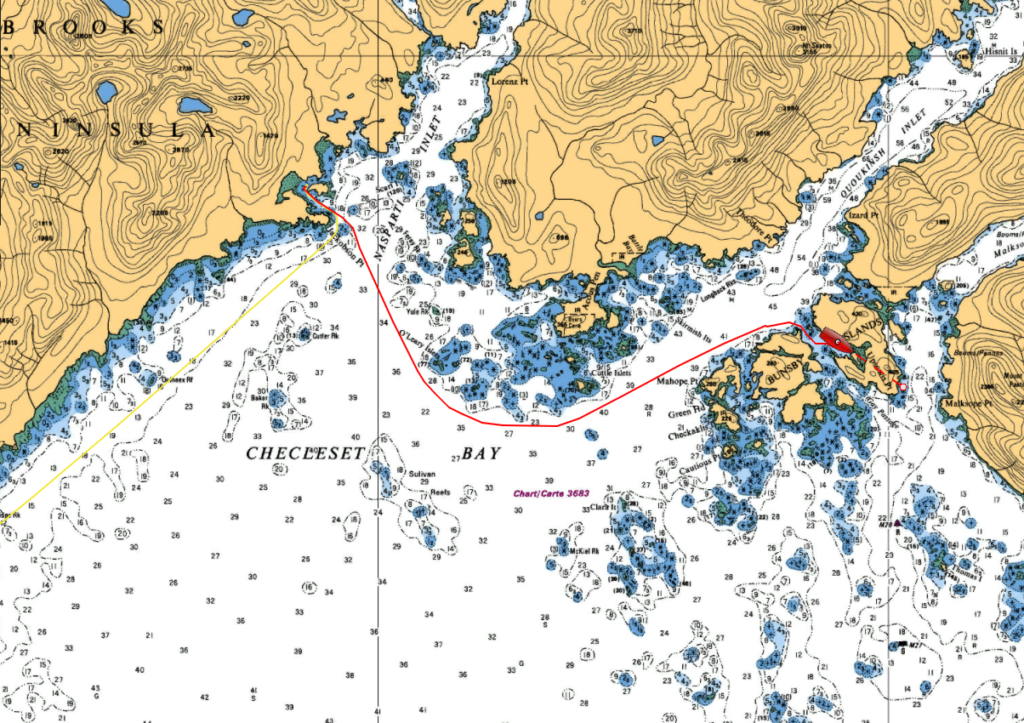 In a bowl, whisk together miso, soy sauce, vinegar, and oil. Preheat grill for direct heat cooking over medium high heat. Coat zucchini lightly with extra oil, salt and pepper and place on grill. Turn a few times until slightly charred and crisp, then brush with glaze, turning evenly to coat. Grill 1-2 minutes more, then transfer to serving plate and sprinkle with sesame seeds or umeboshi and serve.