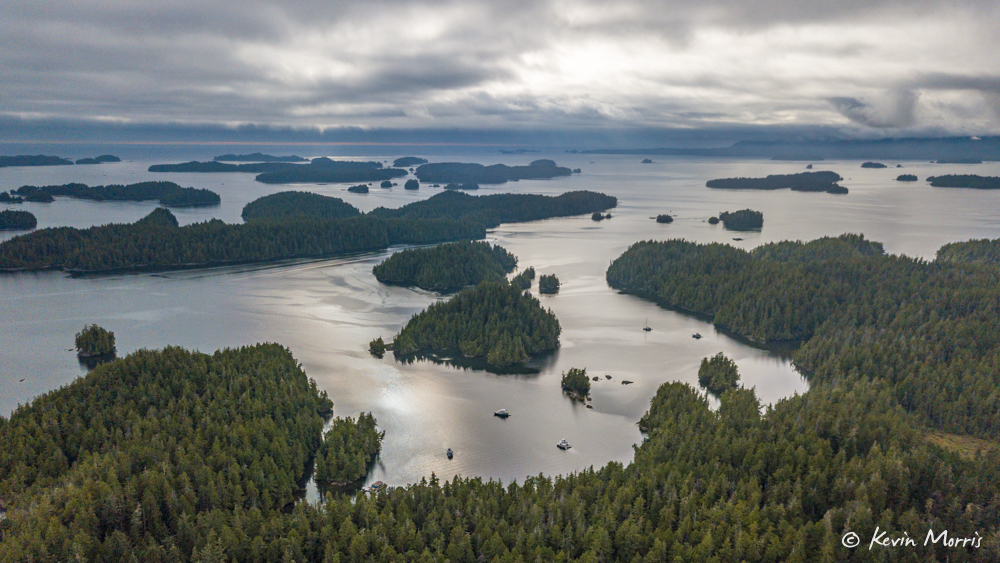 We woke to fog this morning, but it was peaceful and quiet and still beautiful out here in the Broken Group. Today’s cruise was another short day, just 3nm over to Nettle Island.

One of the biggest surprises most people have on the trip to Alaska is how much we move. We go somewhere almost every day, and more often than not we motor for at least three or four hours. That’s because the one way distance from Washington State to Sitka or Juneau is about the same as the distance all the way around Vancouver Island. If we had a lot of 3nm days on the way to Alaska, we’d never make it there and back in one summer. This trip, by comparison, has lots of short days, and quite a few where we sit still, waiting for weather. Not better or worse, just different.

Once settled at anchor, the group spent the day relaxing, exploring by dinghy and kayak, and fishing (one king salmon and a couple of silvers–woohoo!). 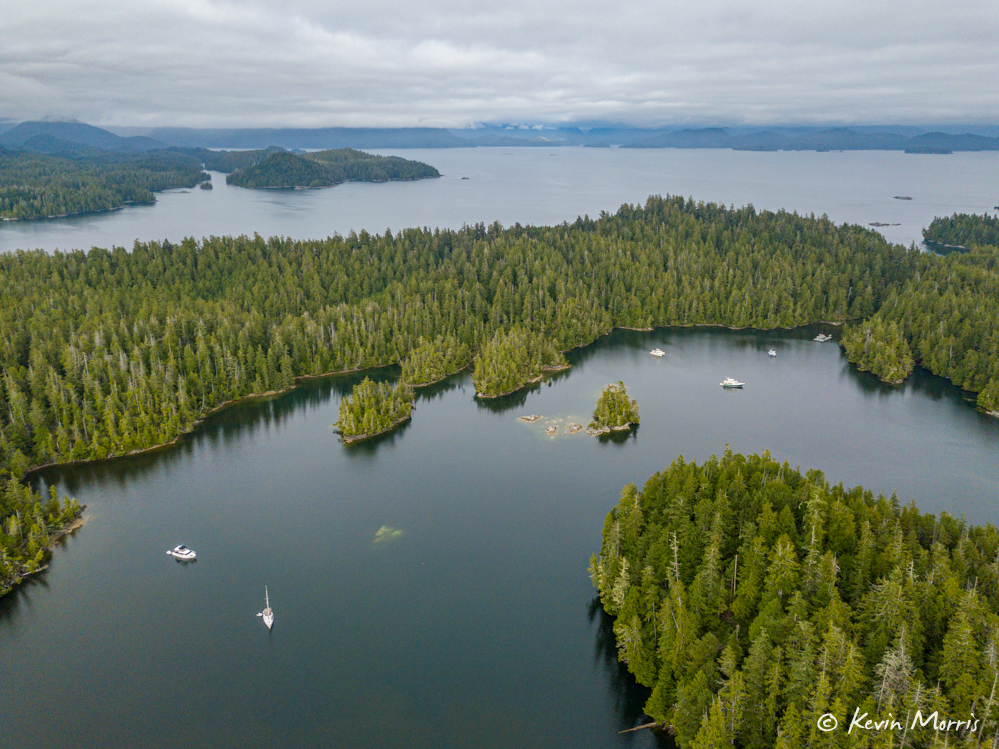 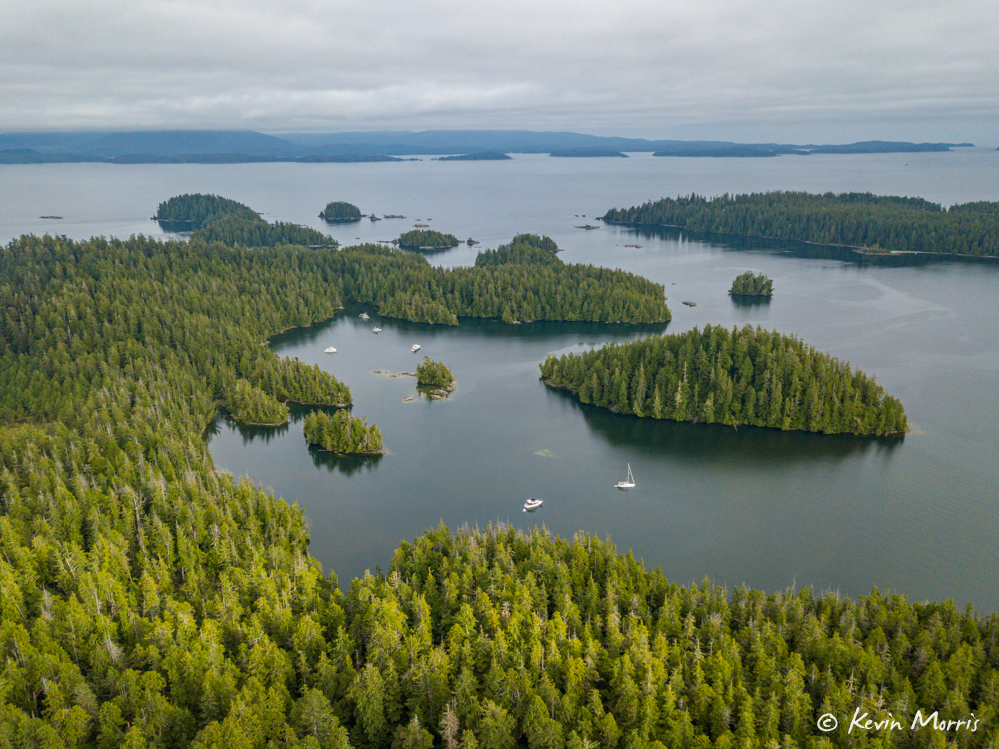 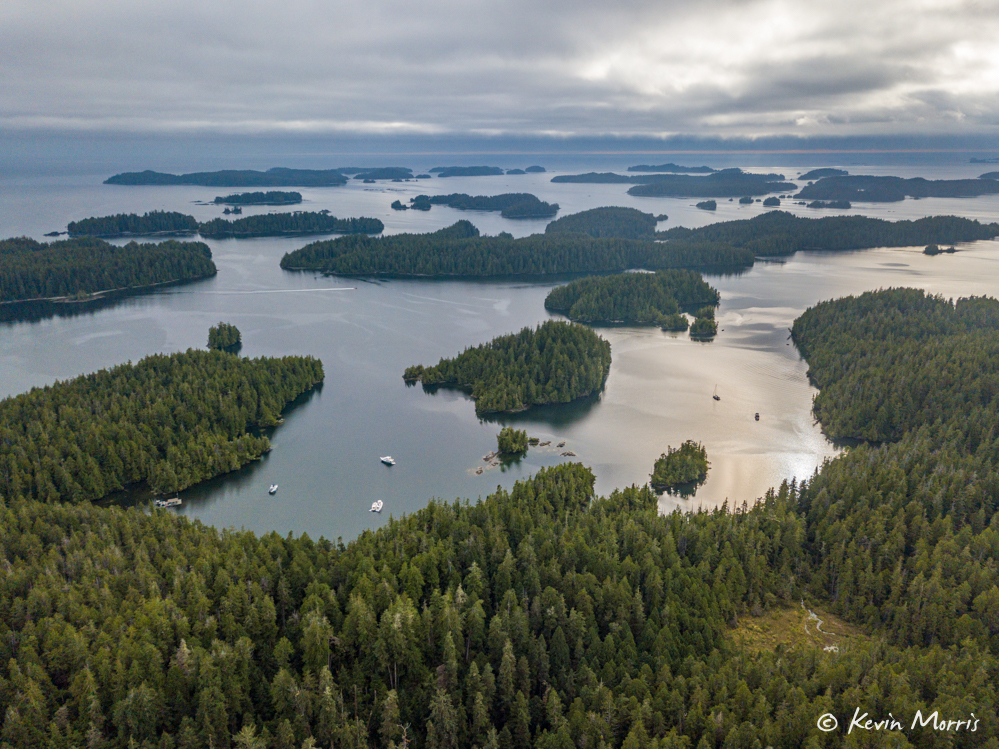 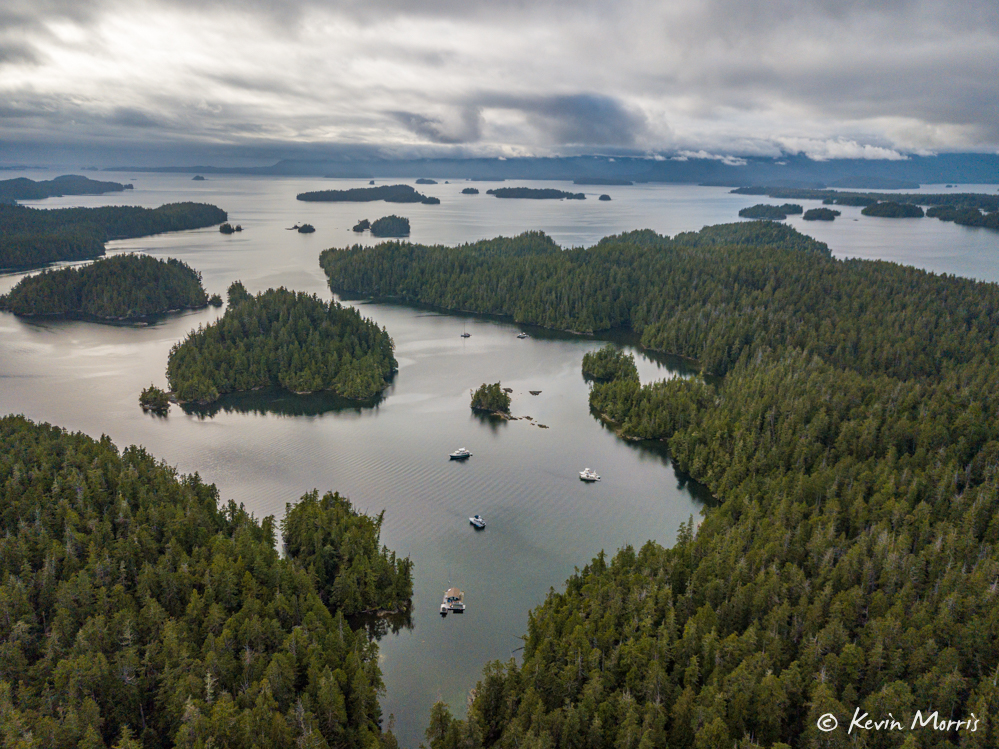 We met for taco/Mexican night on the raft (tacos with a variety of fillings: ground beef, salmon, and panko-crusted cod, along with Julie’s vegetarian black bean chili, Roberta’s crab enchiladas, Scott’s multi-layer dip, John’s Spanish rice, and Laura’s homemade salsa). Another fun night with the group! 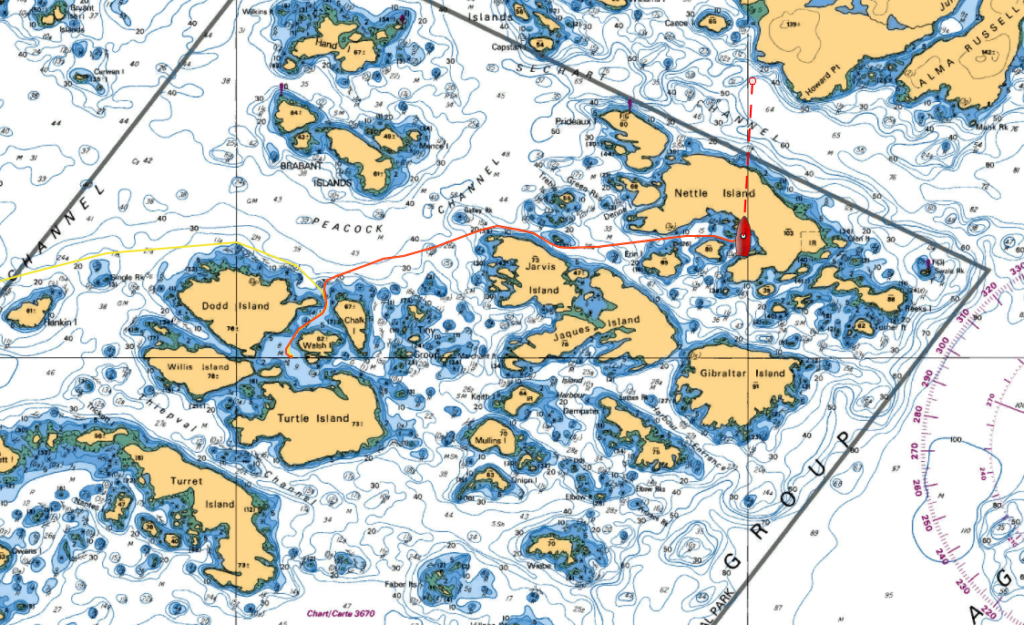