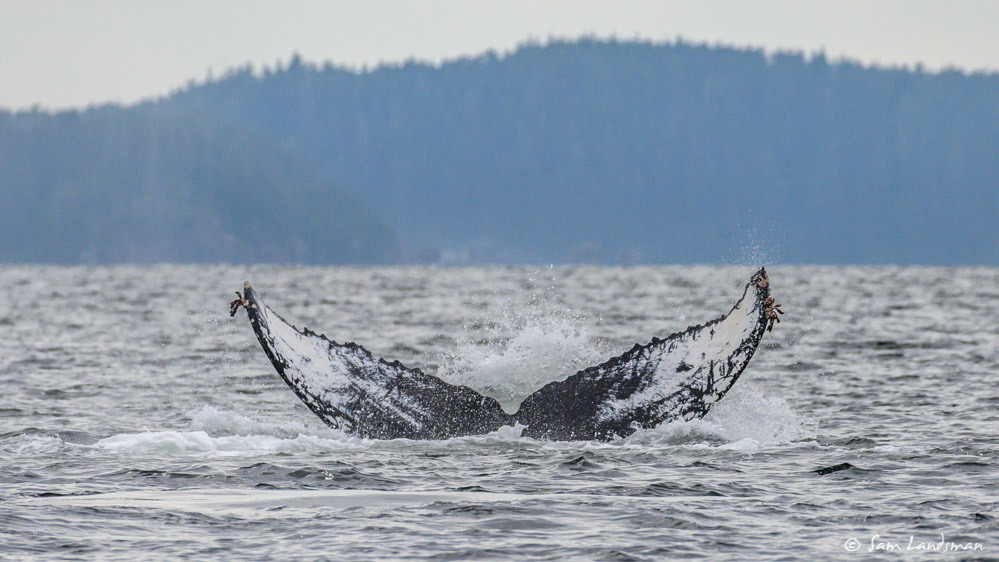 Sam left the Nettle Island anchorage early this morning and headed for Robbers Passage on Fleming Island. Port Alberni Yacht Club has an outstation there where they welcome non-members (for a fee, no reciprocals), but because it’s a weekend we were worried it might be full, so having an early scout was helpful.

The days have been getting shorter for quite a while, but recently it’s seemed particularly noticeable. Today it didn’t even feel like we got up early, yet we got to watch the sun rise:

The cruise across Imperial Eagle Channel was calm, with little noticeable swell.

There were a couple of yacht club member boats on the dock at the outstation, but they made room for all of us and were very friendly and accommodating. Thank you, Port Alberni Yacht Club, for the hospitality!

After we all arrived, a group of us hiked over to the beach on the Trevor Channel side to find a sea cave we’d learned about from one of the yacht club members, and to watch the humpbacks that appear to have taken up residence there since last year. 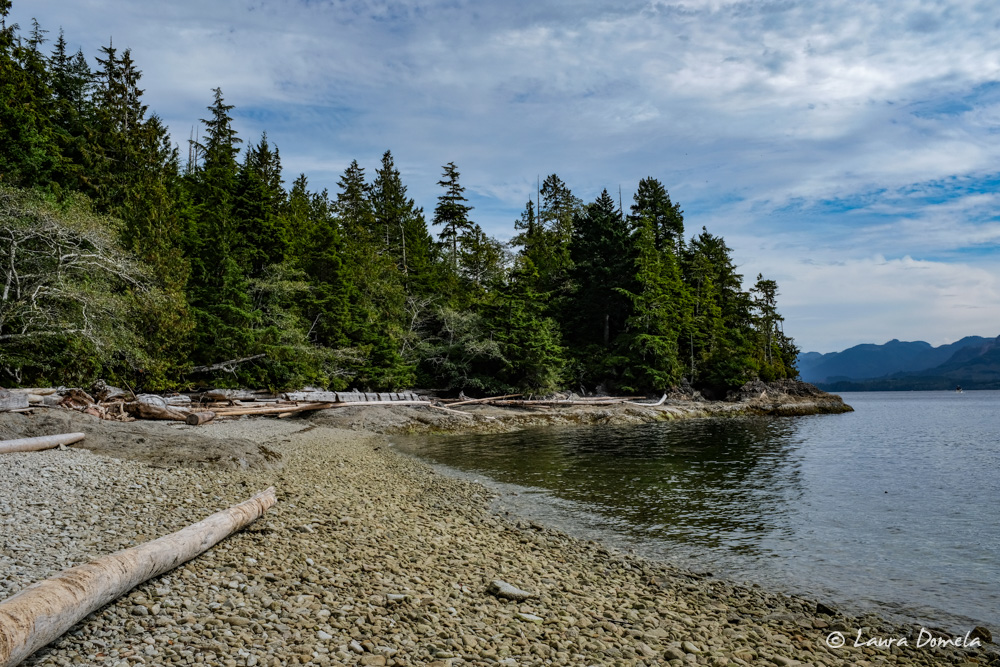 We found the cave, and most of us scrambled up into it a little ways so we could peer in and see the glittering gold, green, and silver ceiling.

Three of us headed further in with flashlights, and by further in, we mean crawl-on-your-knees and squeeze through a narrow entrance into what then opened up into a standing room inner cave with fabulously textured walls, and much, much more of the glittery crystallization inside. 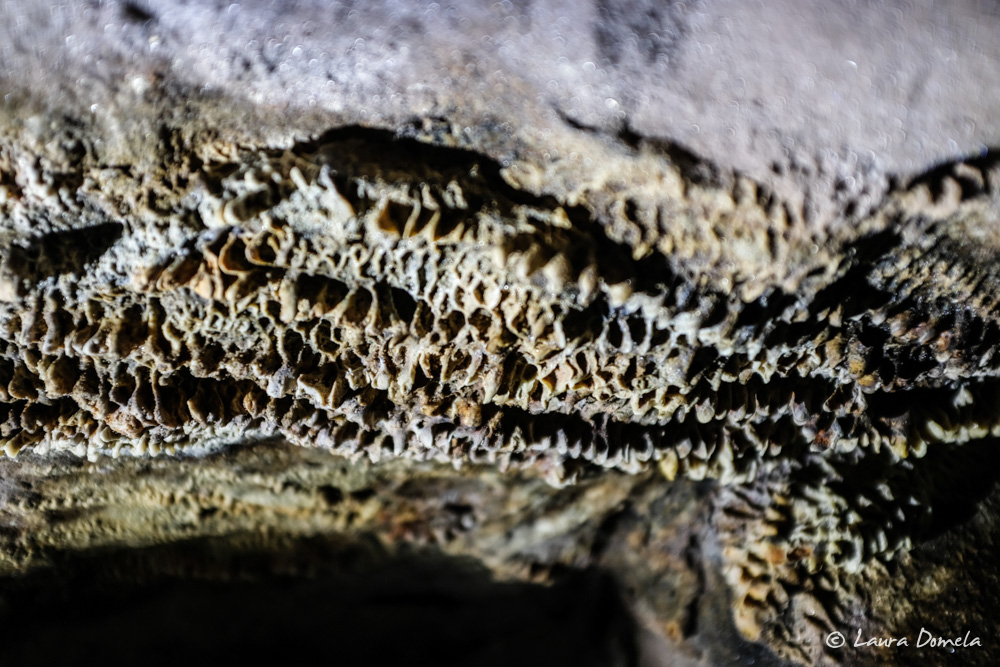 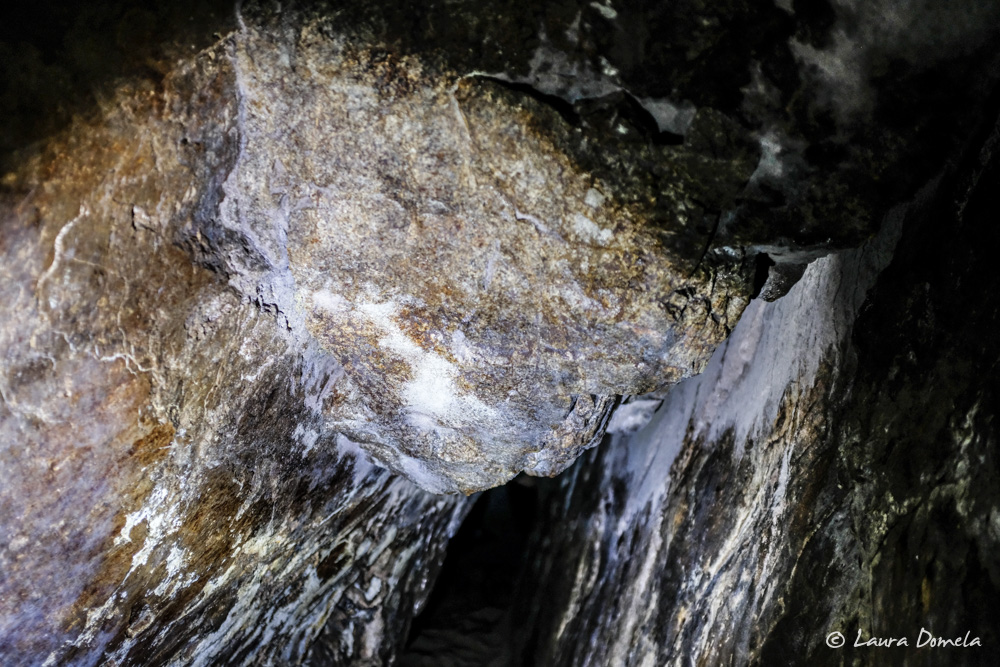 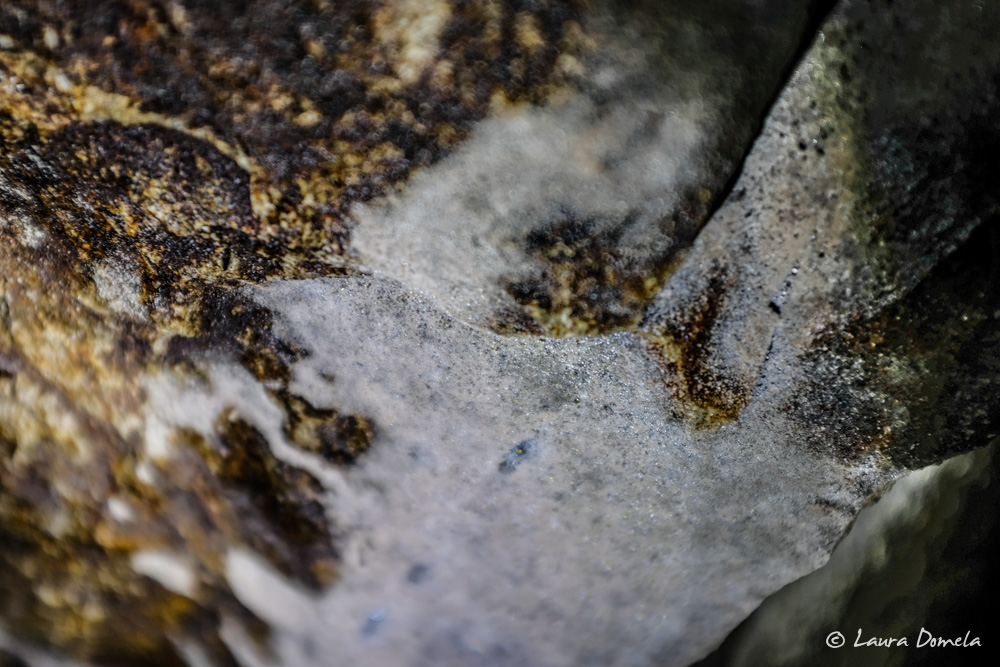 Back on the dock, several folks went out to explore by dinghy. This area is rich with rugged coastline and more sea caves only reachable by boat.

First, we headed back out into Trevor Channel to get a closer look at the whales. 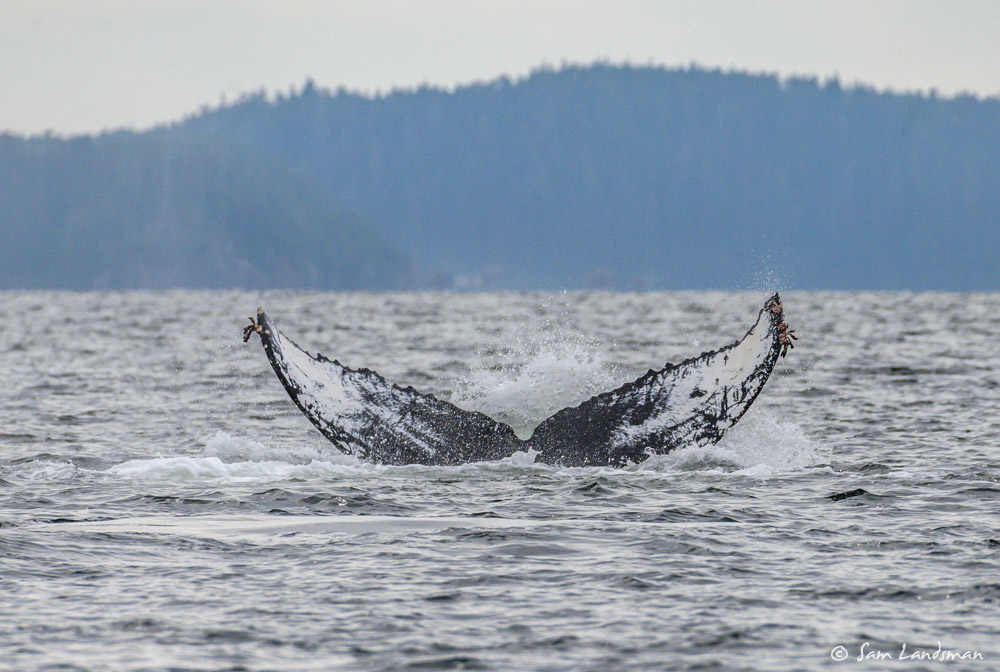 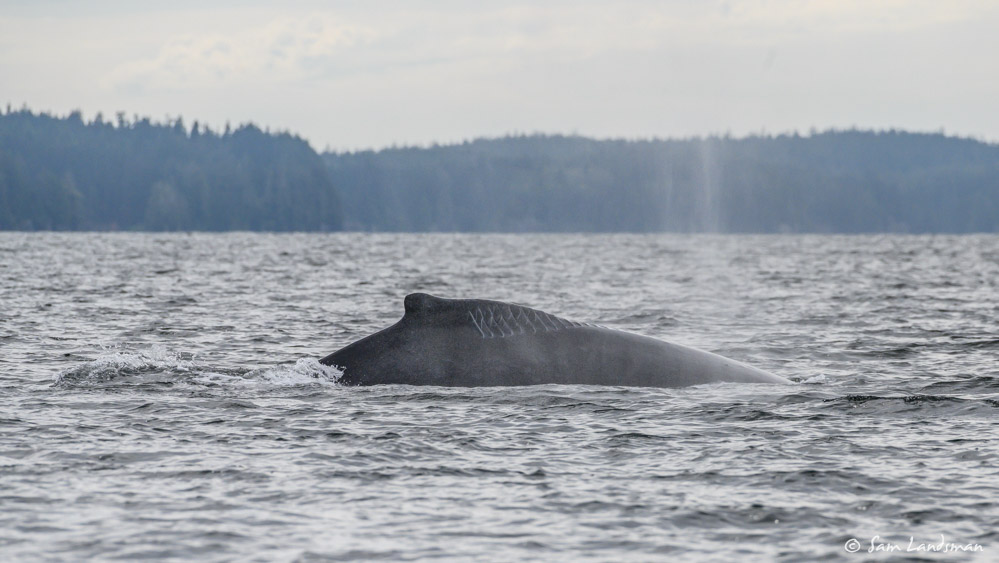 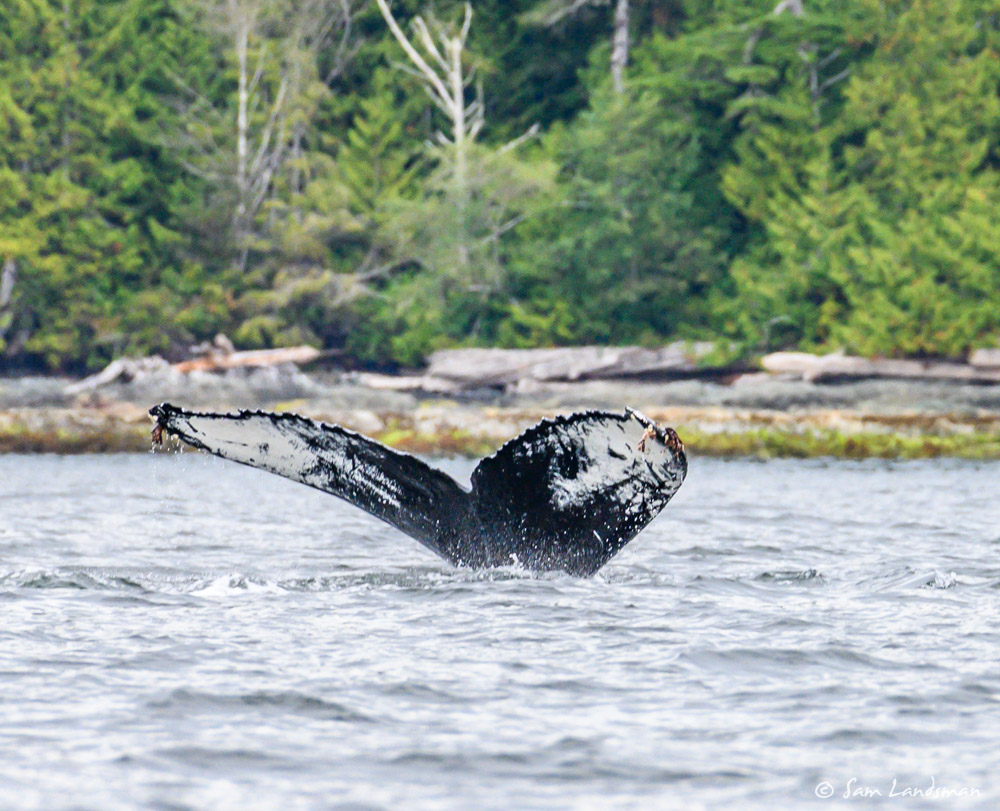 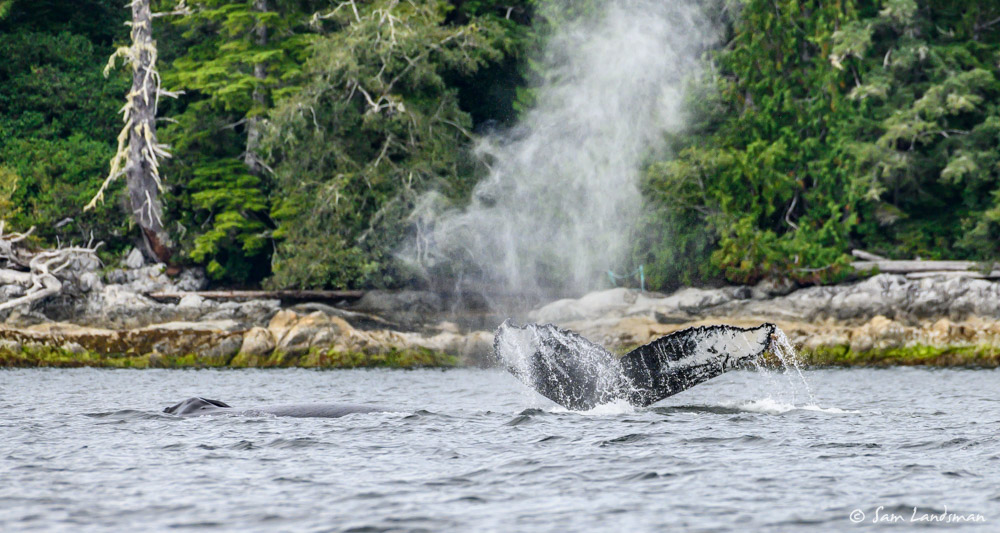 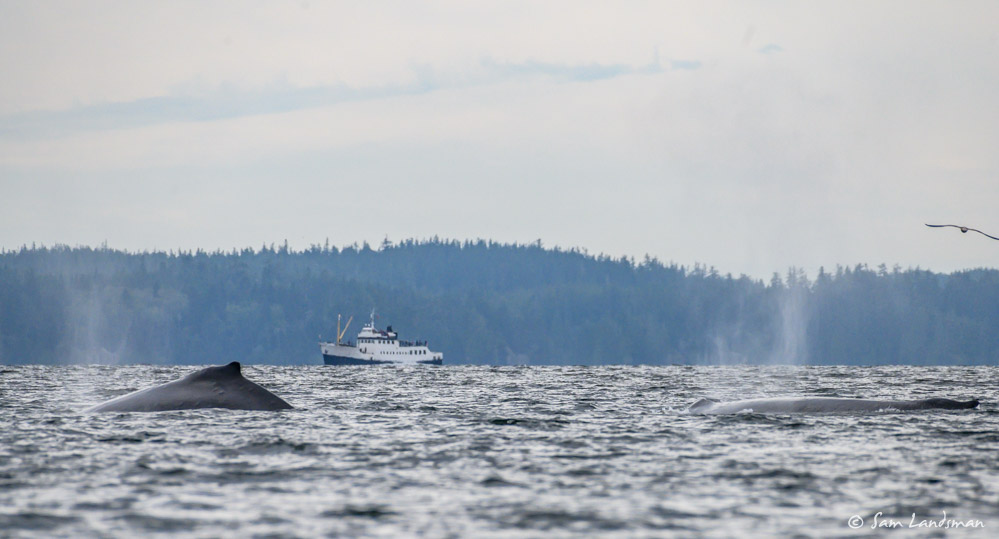 We continued down around the bottom of Fleming Island, into Marble Cove, then a little ways into the Chain Group of Islands. So many caves! 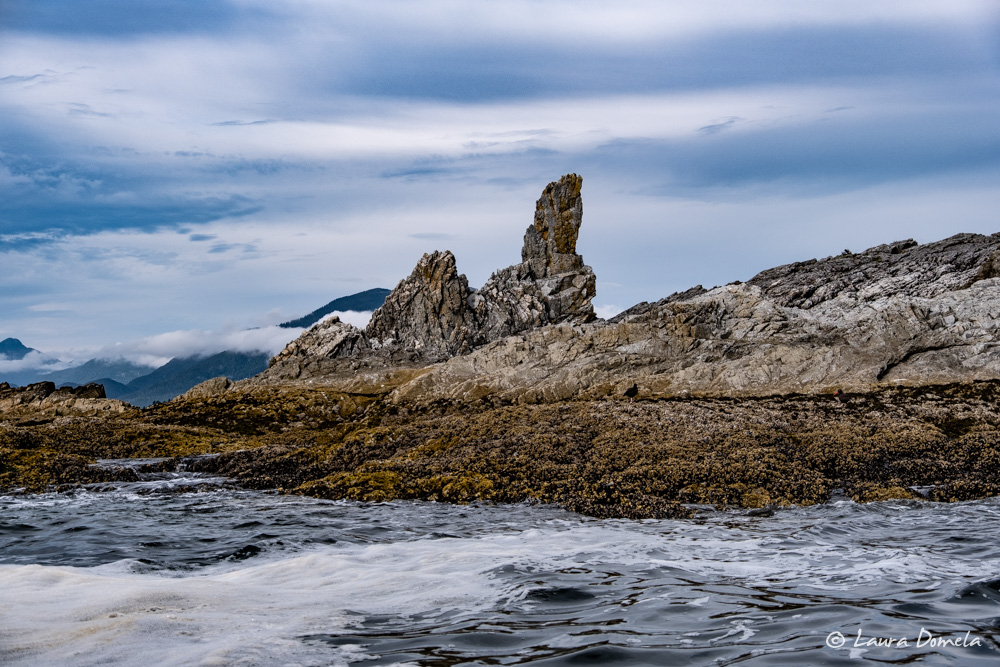 We spotted some oystercatchers on the rocks and went in for a couple photos. They’re so comical-looking, with their bright red-orange beaks and eyes!

Such a fun day! The weather cooperated so we all met on the dock for grill night. Fresh salmon, chicken kabobs, potatoes, green beans, rice, and Roberta’s homemade macaroons (dipped in chocolate!) for dessert. We stayed outside chatting after dinner until it got dark, and even brought out a little lamp so we could continue a bit longer. Later we discovered some very bright bio luminescence that responded nicely to us dragging a boat hook through the water (live sparklers!!!) but we’ve yet to learn how to photograph it! 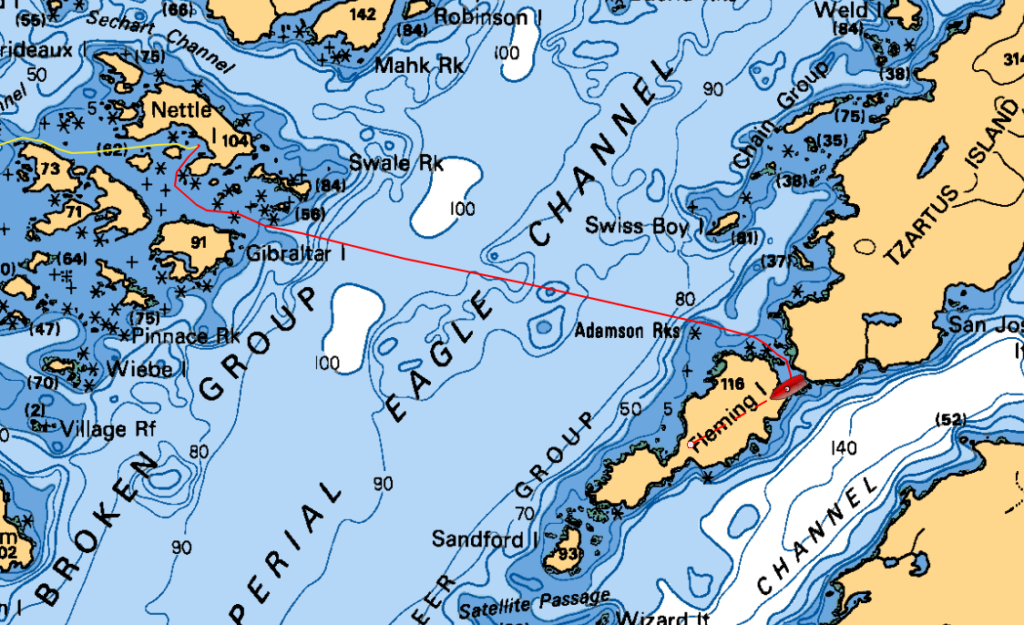