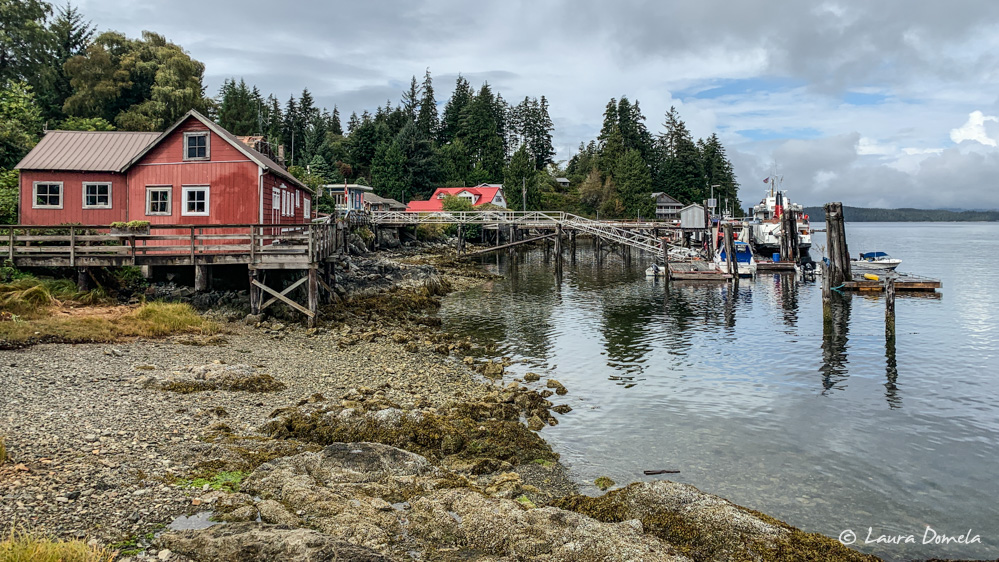 We leisurely left the docks at the Port Alberni Yacht Club this morning. Today was another short hop (across Trevor Channel over to Bamfield), and most boats lingered a bit in Trevor Channel to watch the whales. It was gray and rainy this morning, but whales don’t mind. 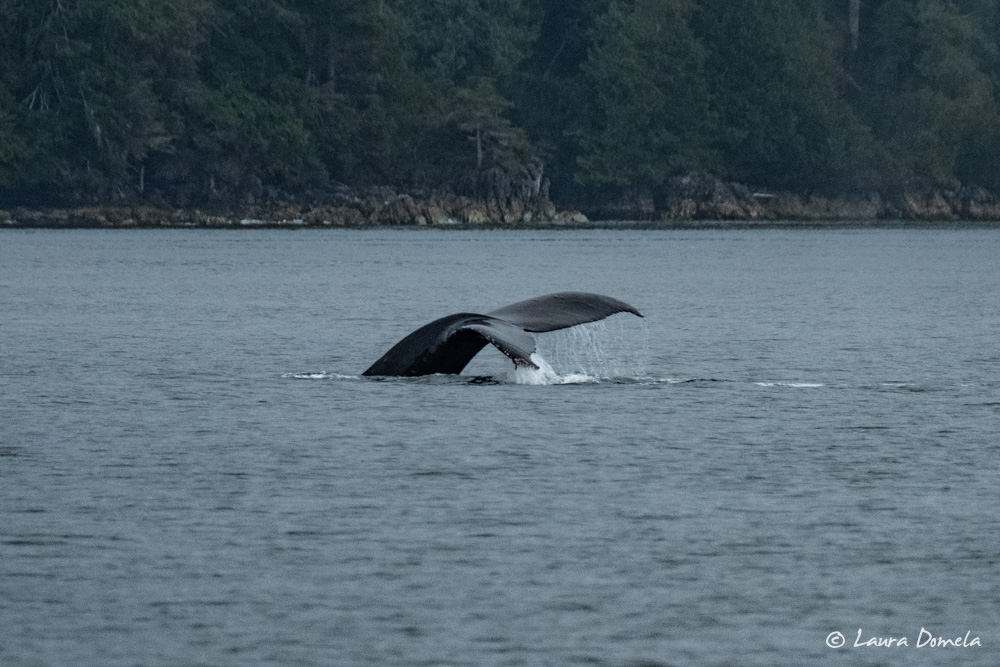 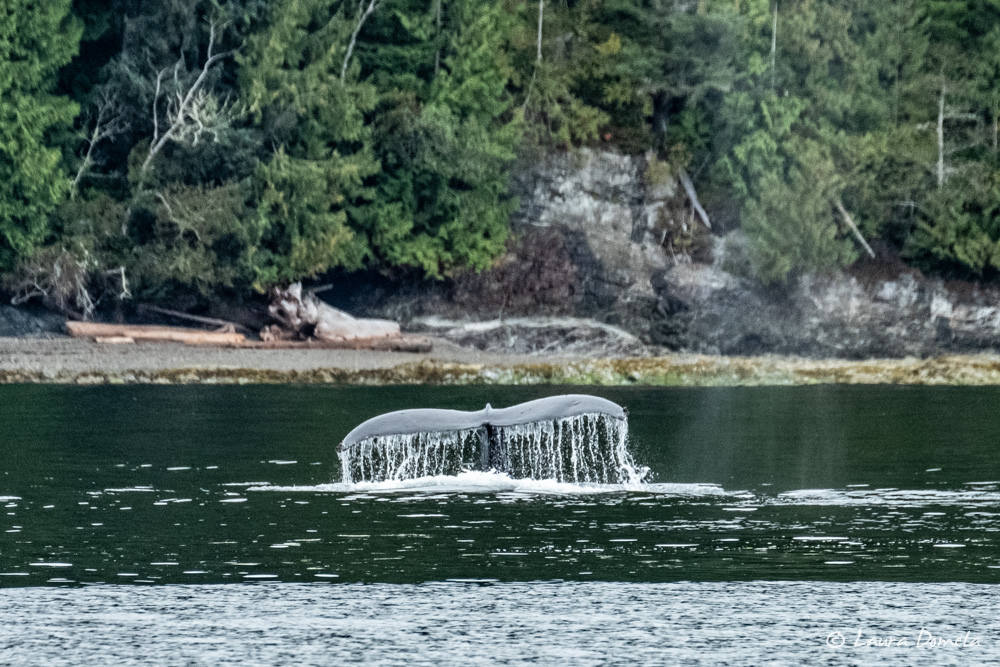 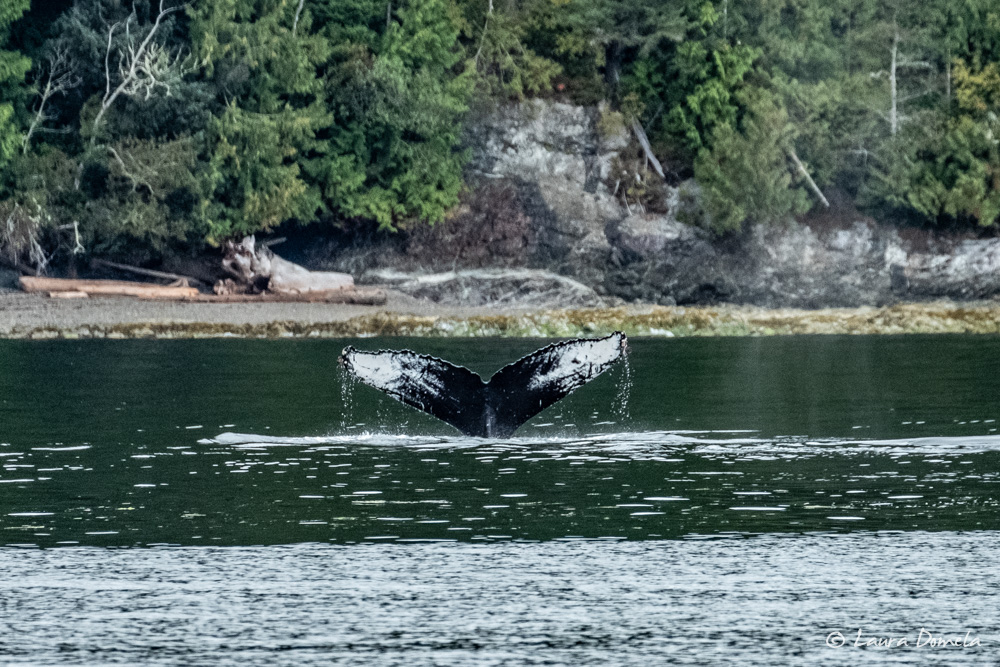 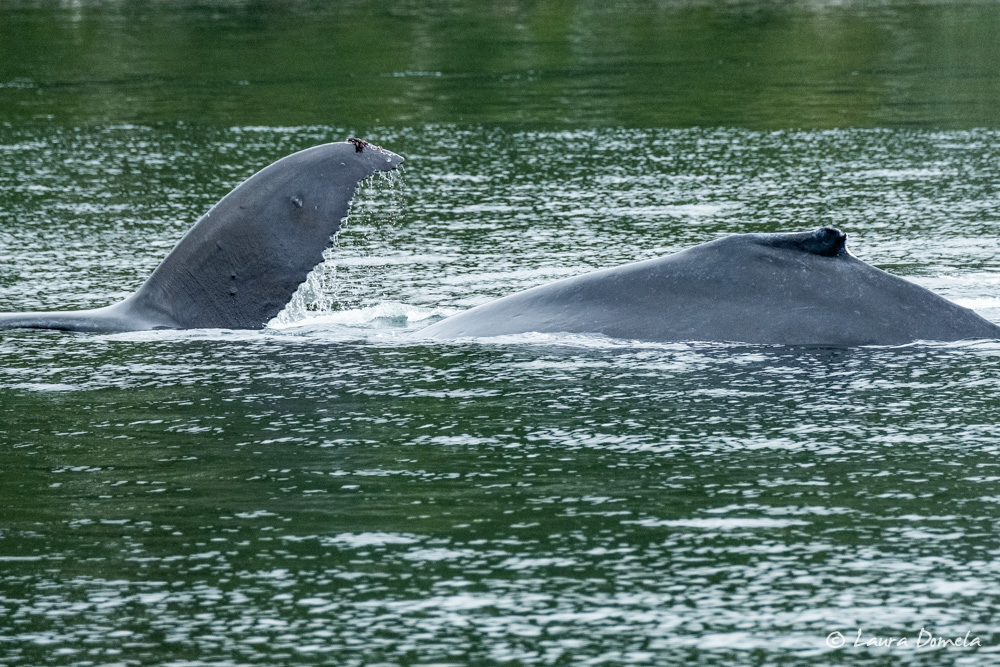 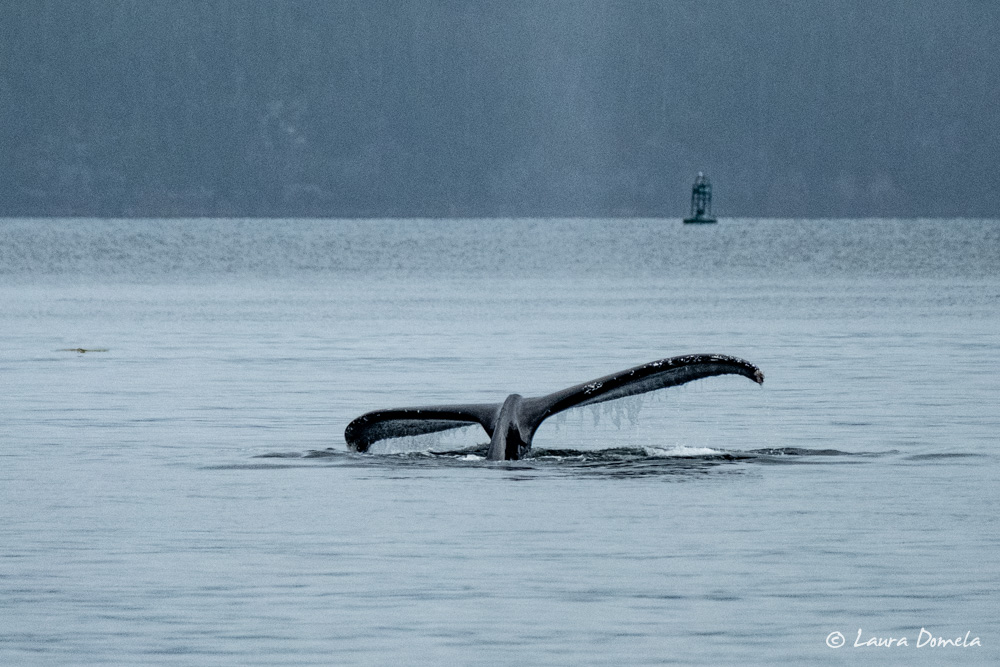 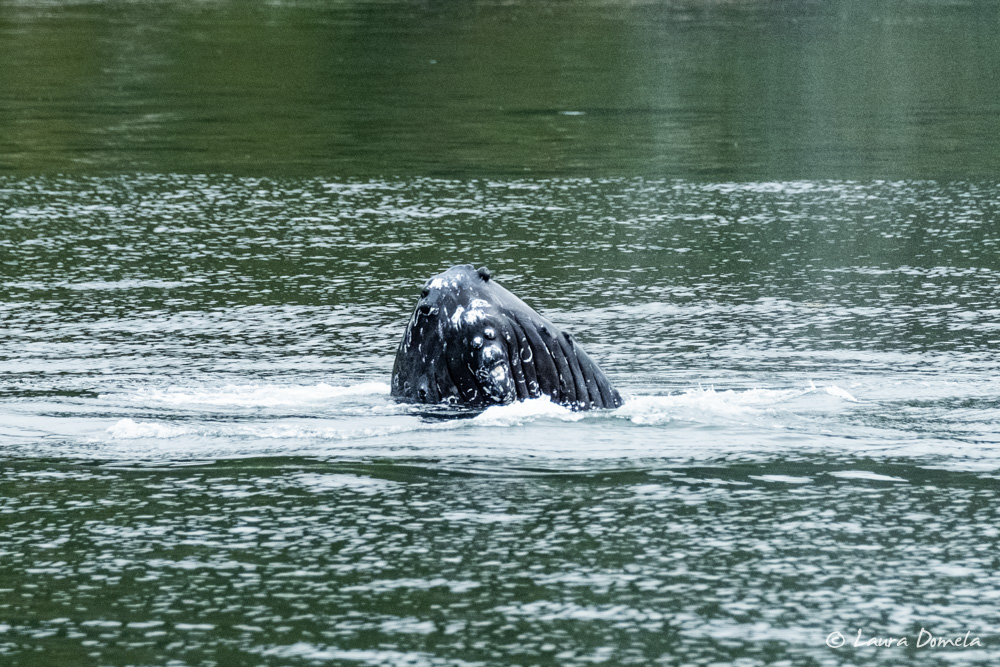 Yesterday we noticed a white stripe on the back of one of the humpbacks, but today with the long lens and little better proximity, we were able to get a closer look and it appears this poor guy had a run in with a boat at some point. Poor guy! Glad he/she seems to be okay and out doing whale-stuff with the others! 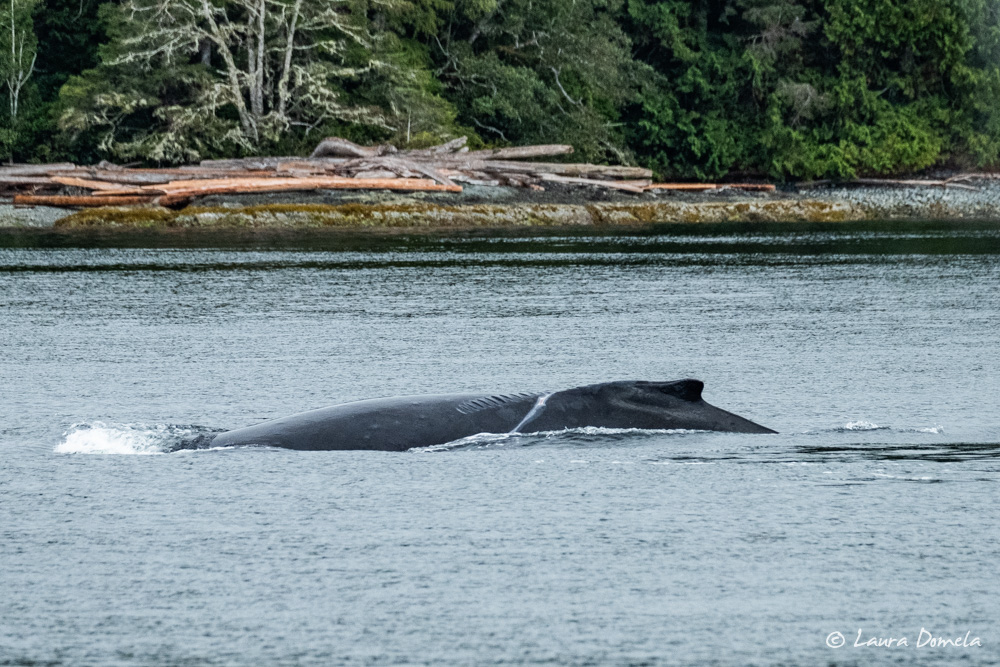 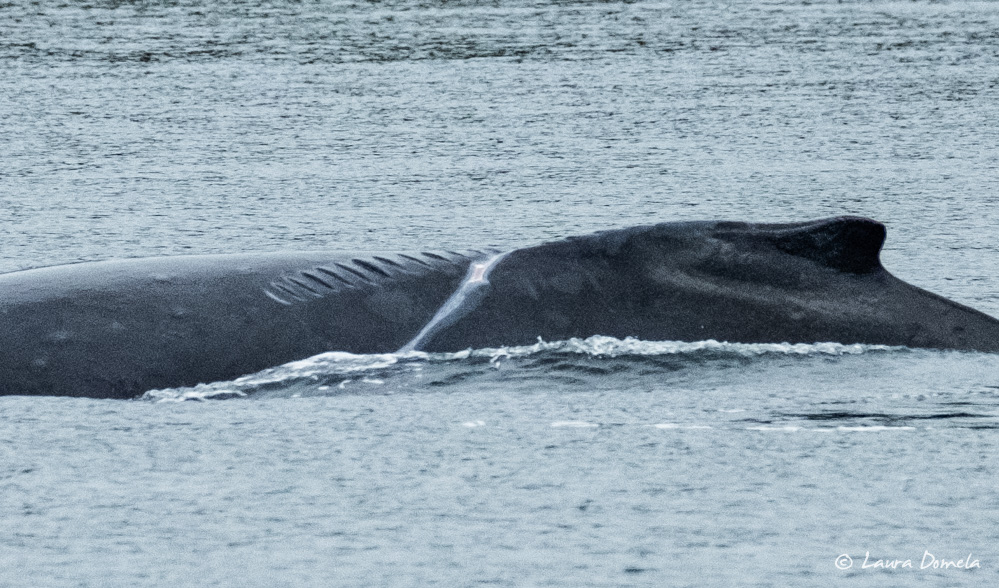 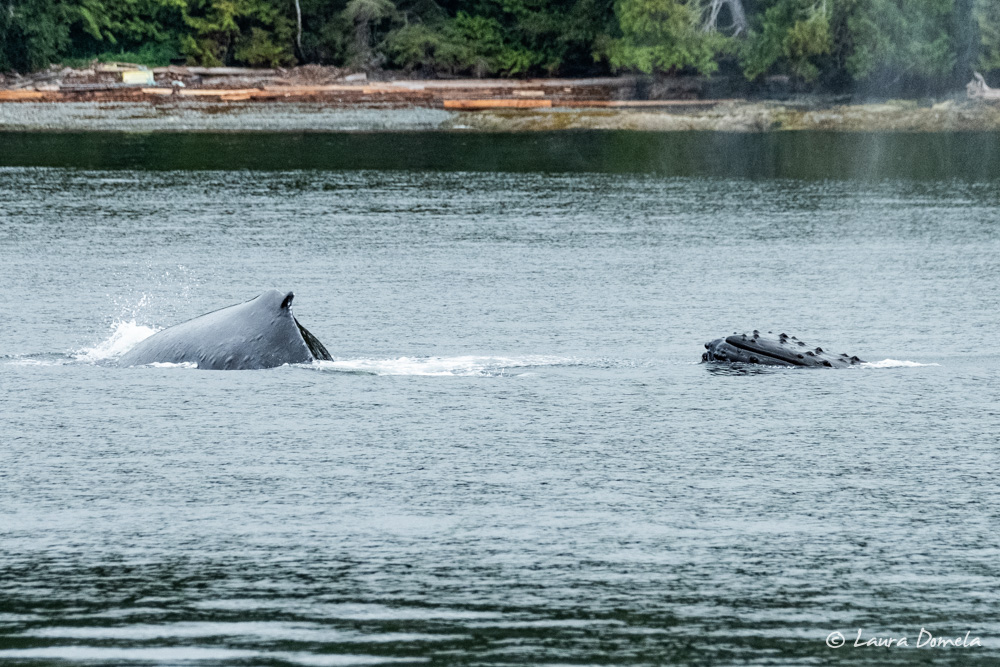 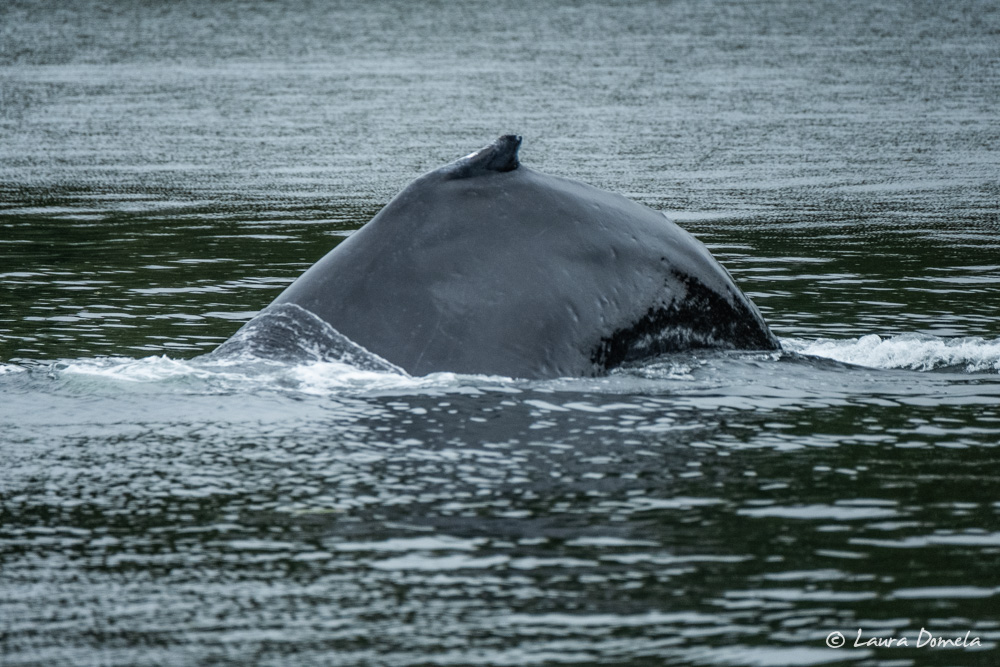 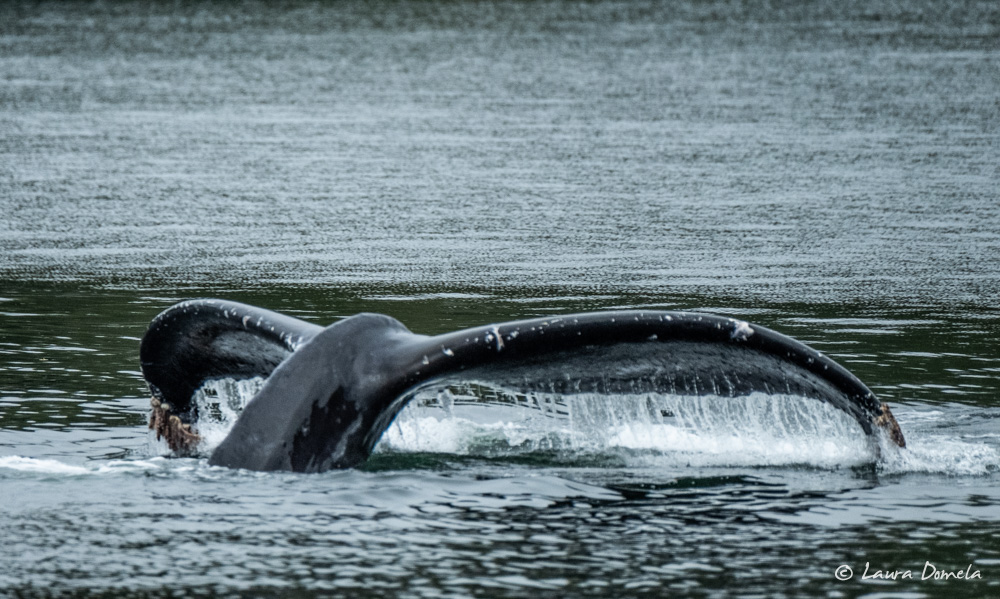 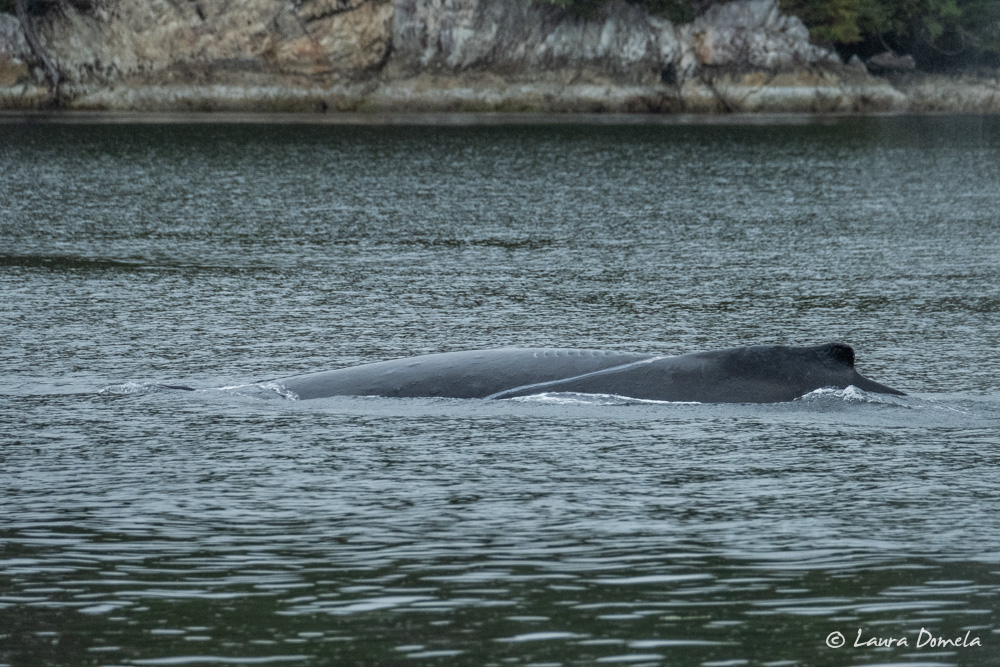 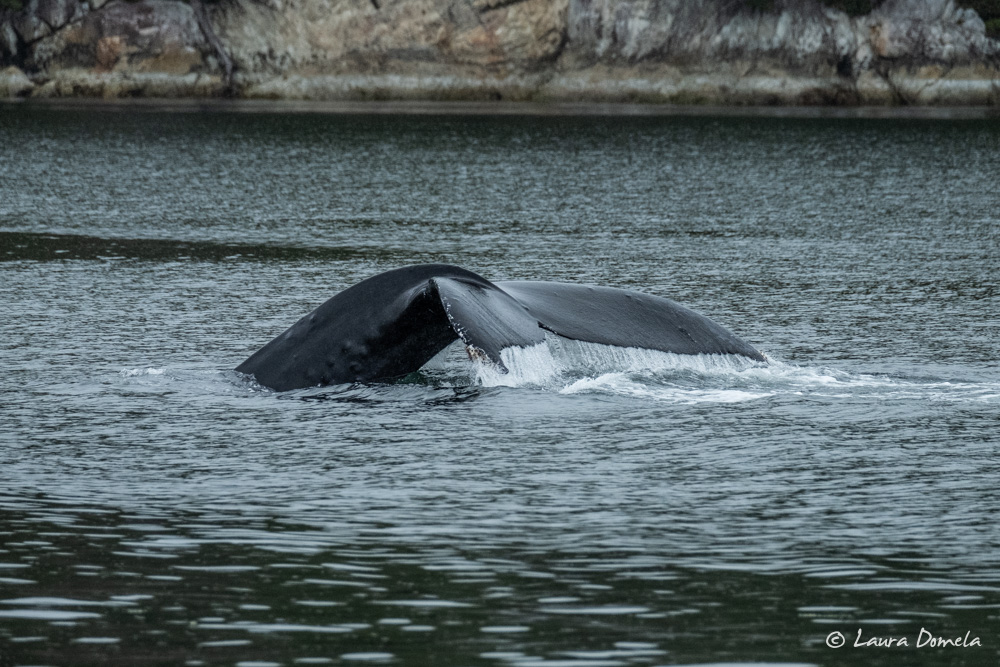 These three travel so closely together! There are three in the photo below. 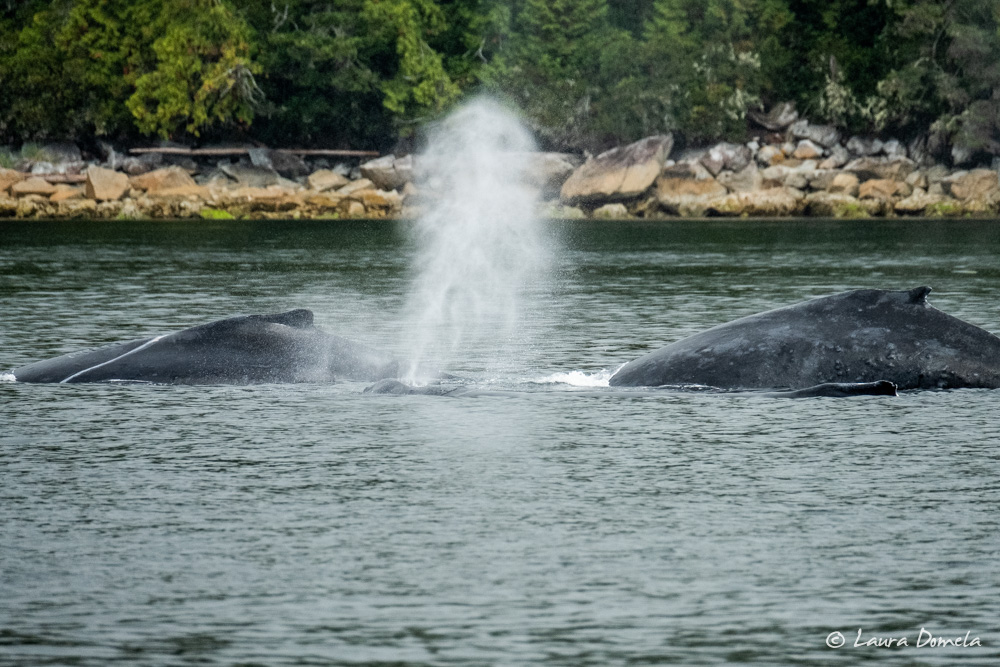 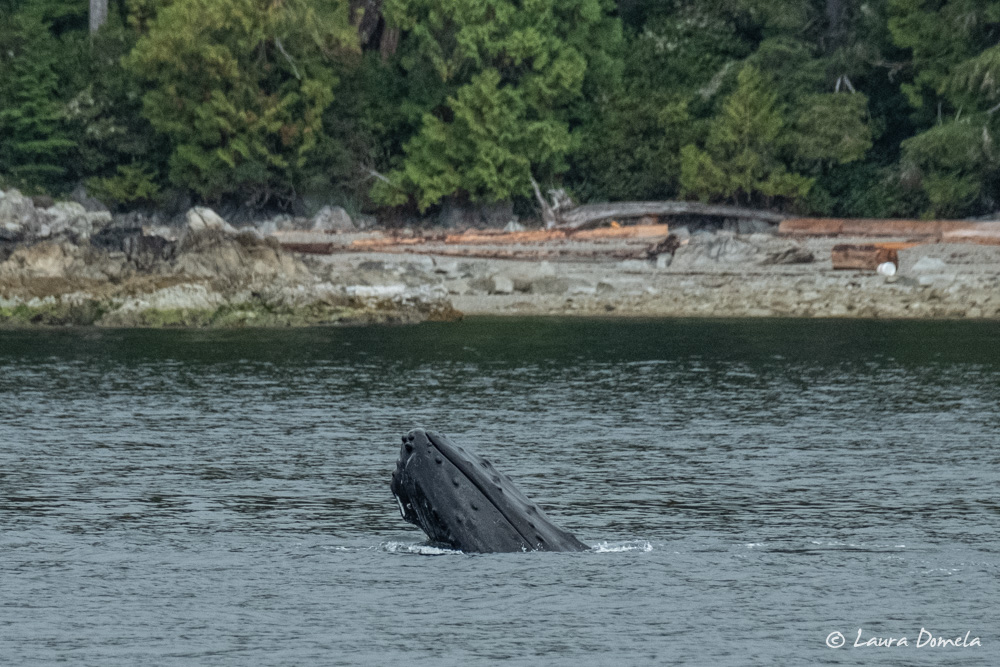 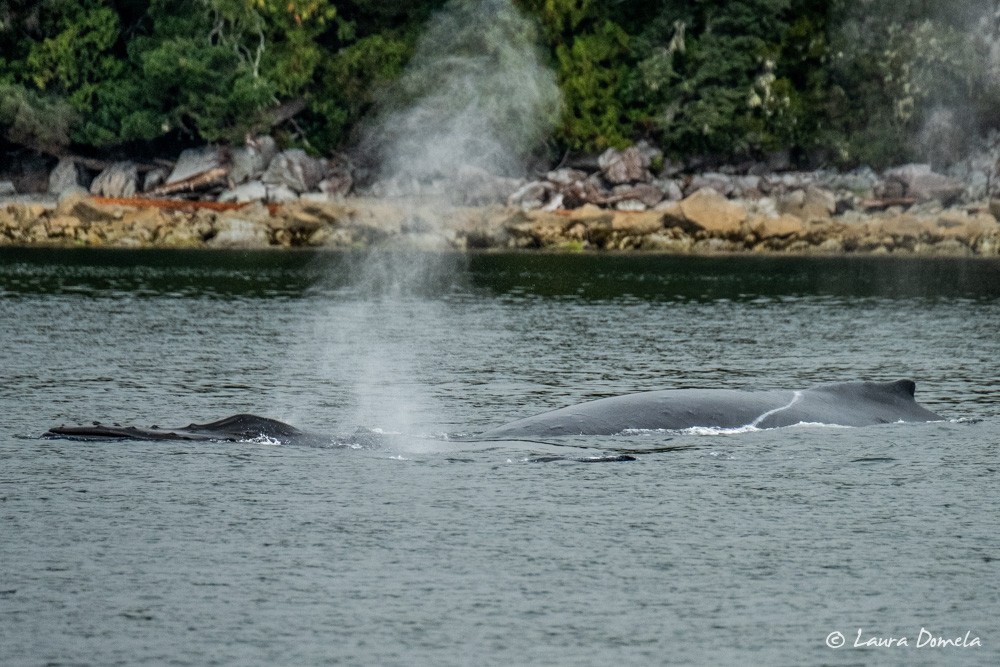 The guy on this little boat was not looking at the whales at all. 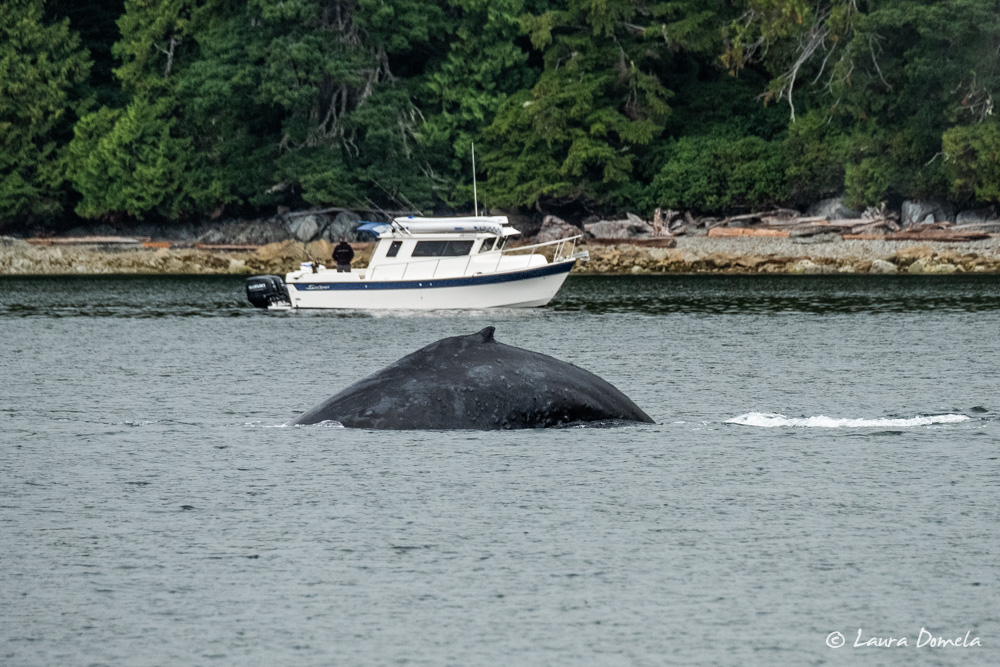 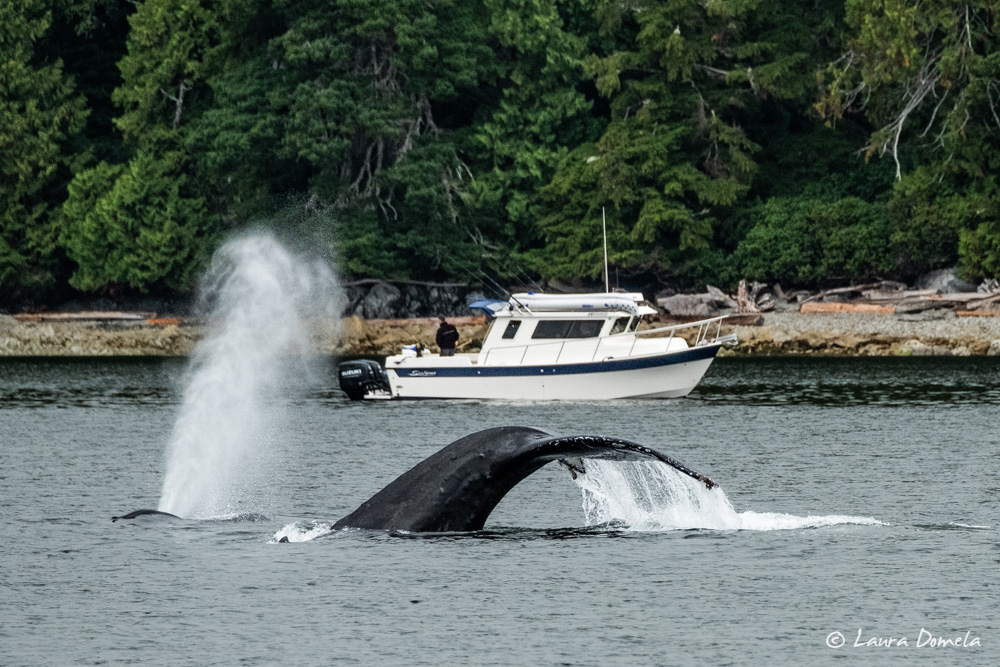 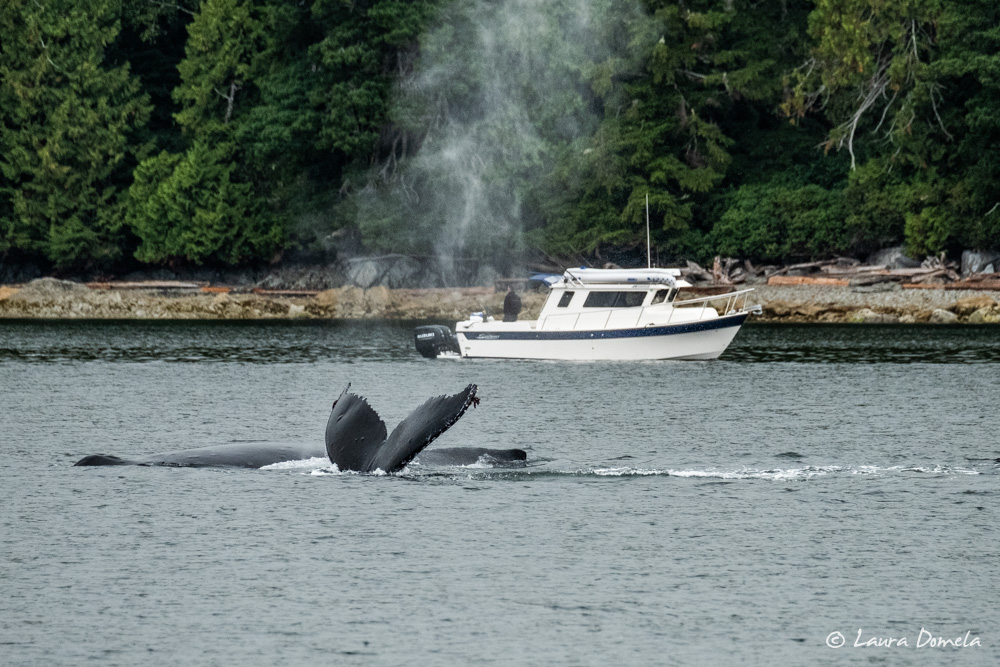 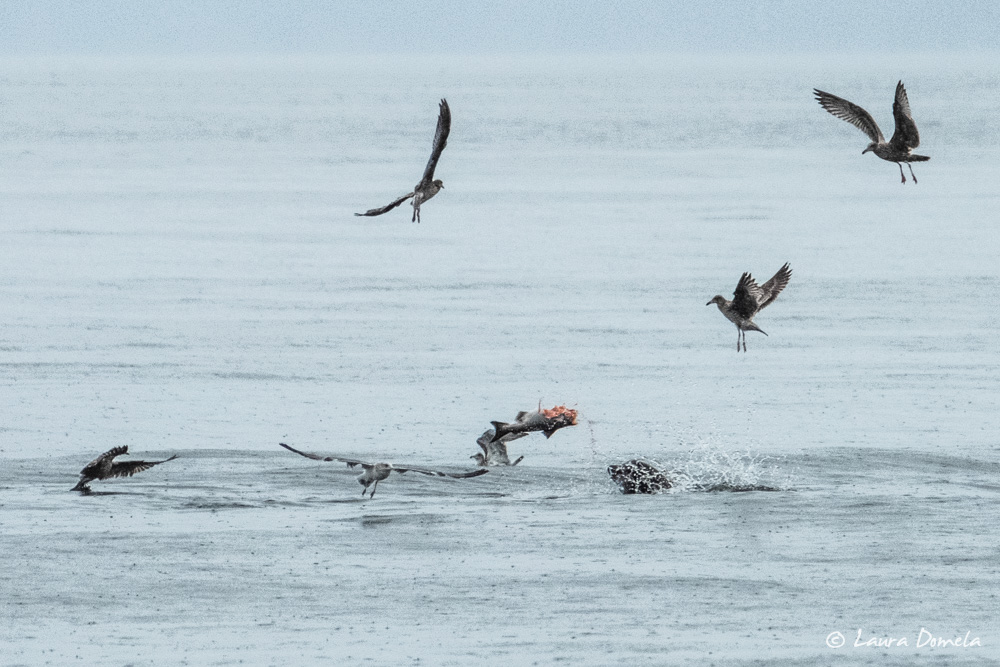 Three boats found open space on the public dock, and the rest of us anchored out.

We walked along the boardwalk and stopped in at the market to grab a few things (they had some good produce, even!) before heading back to the boats. 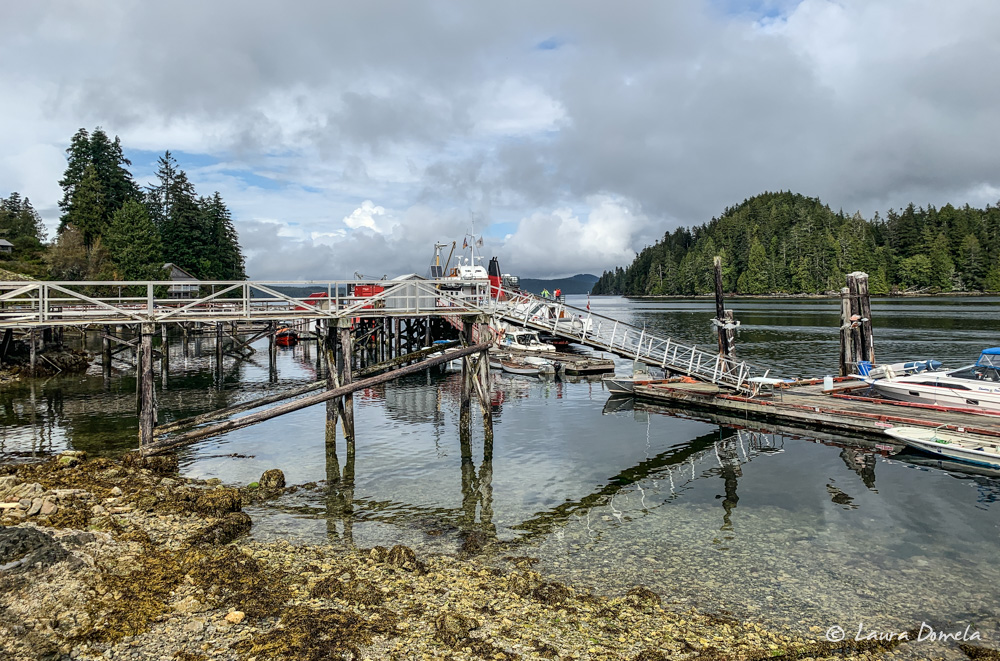 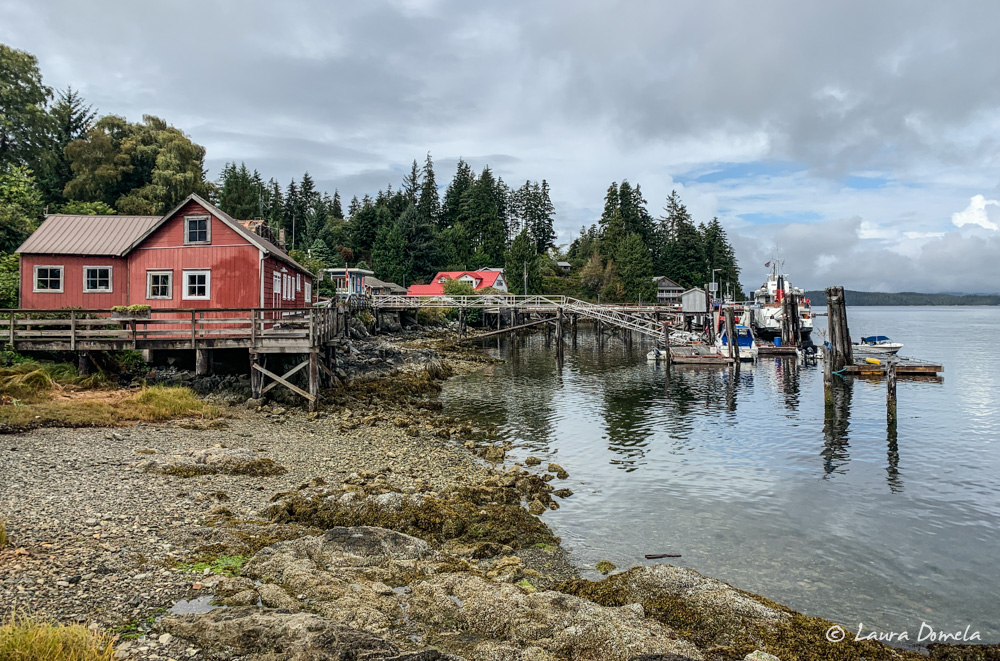 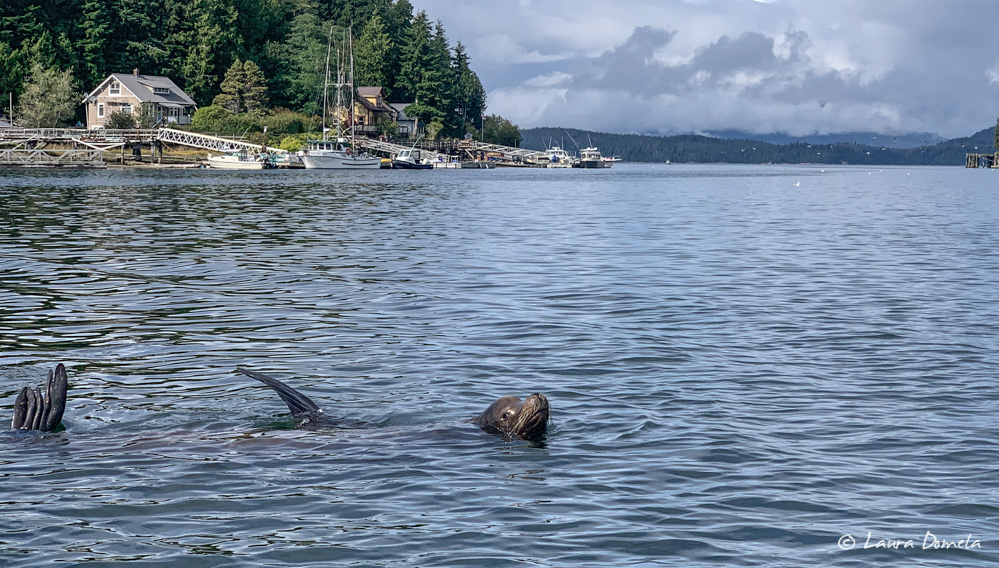 John from Nereus went out fishing and came back with two more salmon (another king and a silver), but since their freezer is full and they’re headed back to Mexico after this trip ends in a few days, they gave it away for the rest of us to share. Thanks guys!!!

Some of the group dinghied across to East Bamfield and dined at the pub for dinner (used to be called “The Pub” and now called “Malsit Public House“). Service was great and the food was perfectly good pub food…fish and chips, burgers, poutine, salads.) We dinghied back to the boats in the dark, and tomorrow we’ll head back out into the Broken Group for a night before entering the Strait of Juan de Fuca and to Port Renfrew. 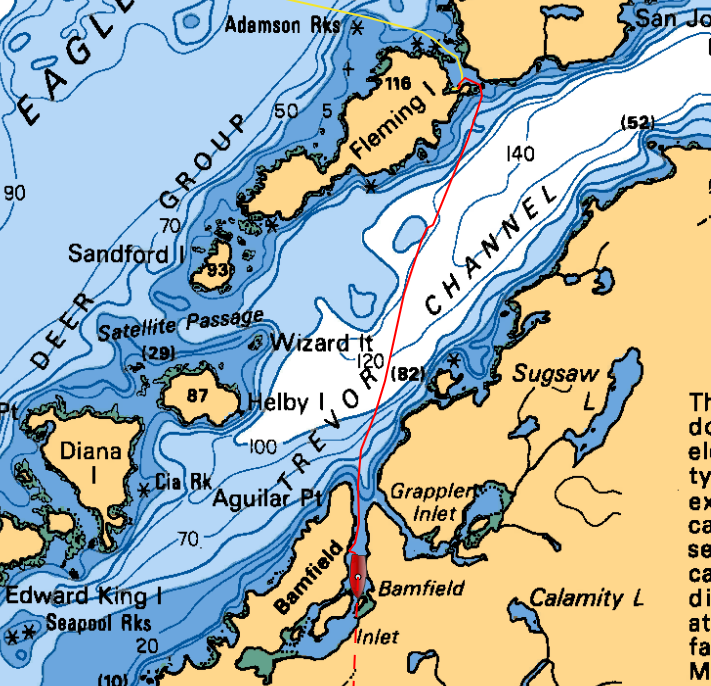