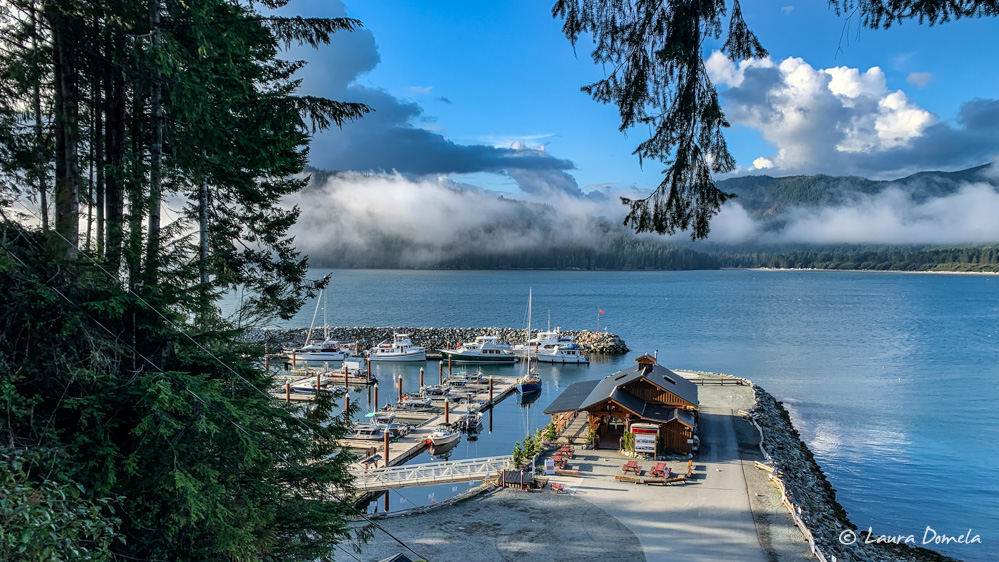 We were up early this morning to start the two-day trek into the Strait of Juan de Fuca. The weather, for once, was cooperating. Windy showed gusts in the single digits, Environment Canada predicted light wind building to westerly 5-15 later in the day. The morning light station reports were encouraging, with calm winds and 1 foot chop. Even the current looked like it would cooperate: starting at about 10:15 a.m., as we’d be entering the Strait of Juan de Fuca, the flood would be beginning, speeding up our transit and spreading out the swell.

As we motored out of Barkley Sound we saw fog banks in the distance. The swell was a little confused, but not uncomfortable. 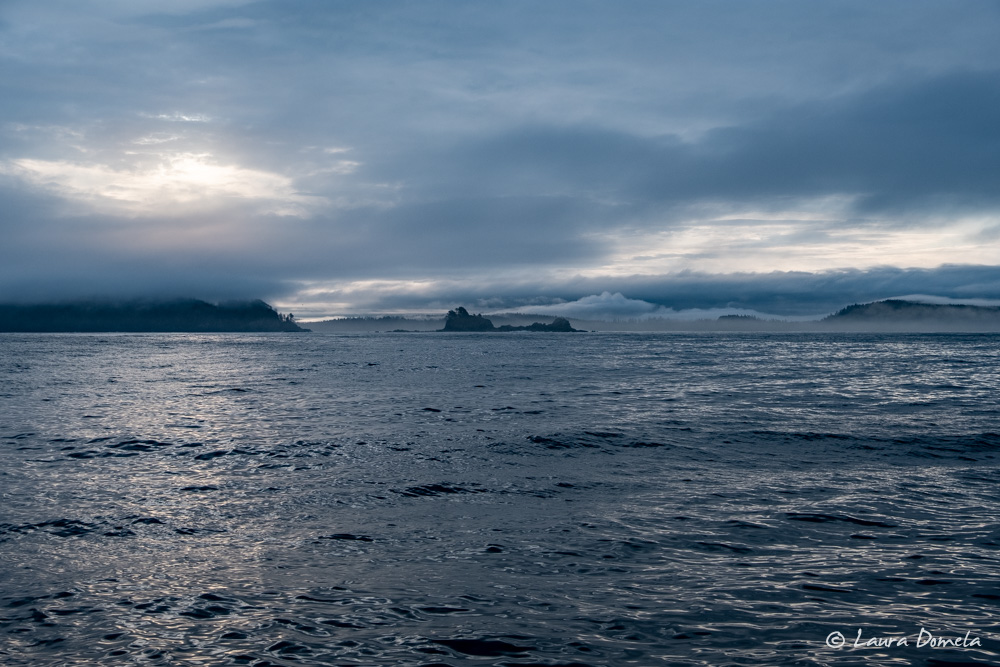 We spent much of the morning in fog, but traffic was light. The ocean remained calm the whole way.

We arrived in Port Renfrew early in the afternoon. Pacific Gateway Marina fit us all onto one dock and we enjoyed a relaxing afternoon on the docks catching up with friends from Alaska who happened to be here.

Pacific Gateway Marina is an excellent stop on the way to or from Barkley Sound. Last year (and several times before) we’ve used Sooke instead. As long as Pacific Gateway is operating, we won’t go to Sooke. Port Renfrew is located almost halfway between Barkley Sound and Victoria (Sooke is just a few hours from Victoria) and Pacific Gateway is well protected from the swell by a large breakwater. In Sooke, by comparison, we stay up half the night worried about being run down by aggressive sportfishermen or getting rolled out of bed by monstrous wakes.

Unfortunately the pub at Pacific Gateway was closed during our visit (Tuedays are the scheduled day off for staff), so we walked up the hill and over to the Port Renfrew Pub. The food was good and we enjoyed the walk. 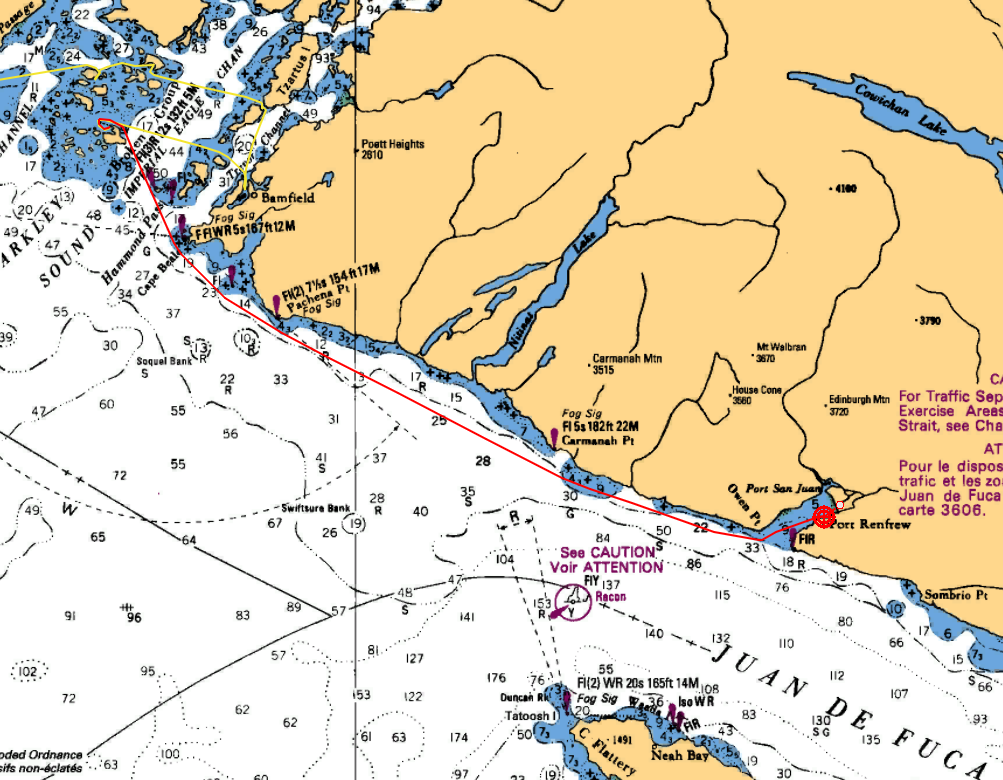