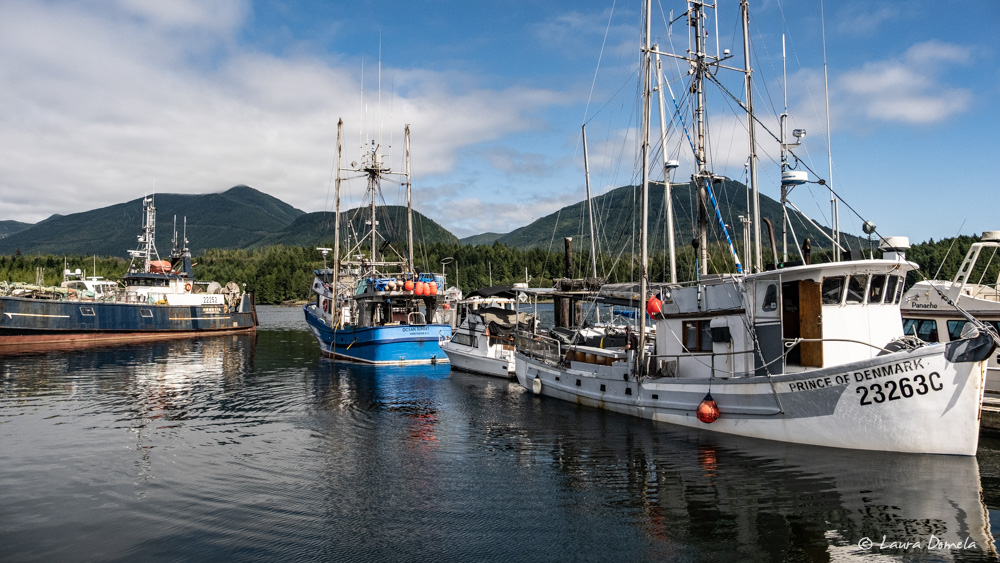 Today’s 45nm cruise from Hot Springs Cove to Ucluelet takes us back out into the ocean. The Environment Canada forecast was for a southeast wind 5-15kts, and Windy showed light winds in the morning, building to southeast 10-15 knots along our route, accompanied by a lazy 5-6 foot swell.

Why are we skipping Clayoquot Sound? The short answer is timing. We waited for weather in Port McNeill, at Brooks Peninsula, and again at Estevan Point. We’re running a few days behind schedule, which isn’t a problem, really. But we had to cut somewhere, and the only places left are Clayoquot Sound or Barkley Sound. The weather today sounded good for a run to Ucluelet, some people need to have good connectivity (which is good in the Broken Group, but not so good in most of Clayoquot Sound), and having 5 or 6 days to slowly explore Barkley Sound is attractive. So off we went.

We left Hot Springs Cove at first light (just after 6:00 a.m.) and had slightly foggy but calm conditions the whole way. Not until we  neared Ucluelet at Amphitrite Point were the swells even apparent, as they crashed ashore onto the rocks.

We all tied up at the Ucluelet Small Craft Harbour. The Small Craft Harbour doesn’t take reservations, but we had checked in earlier with harbourmaster Kevin Cortes and he said he’d be able to make room for all of us. One boat got space in the inner harbour, and the rest of us at the outer harbour with mostly working boats.

We stayed two nights in Ucluelet in order to catch up on chores, fill water, do laundry, get groceries, explore town..the usual. Some folks did some hiking (the trail out to the lighthouse) and everyone was able to catch up on internet stuff.

On our second night we met for a fun group dinner at Frankie’s Resto-Bar. (Frankie’s used to be “Hank’s BBQ” — there’s been a name change, but it’s still the same delicious food and great service.) The weather was so nice that we dined outside on the back patio.

Next, we’re heading out to the Broken Group for some more scenic anchorages! 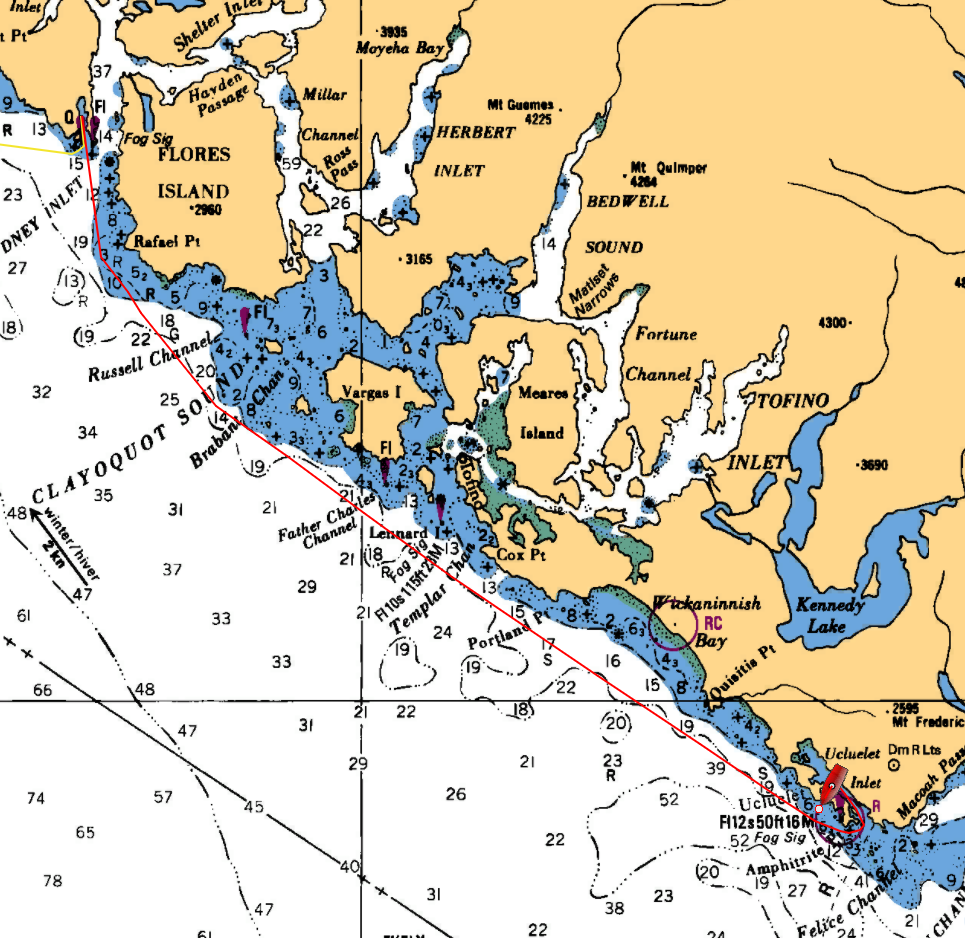