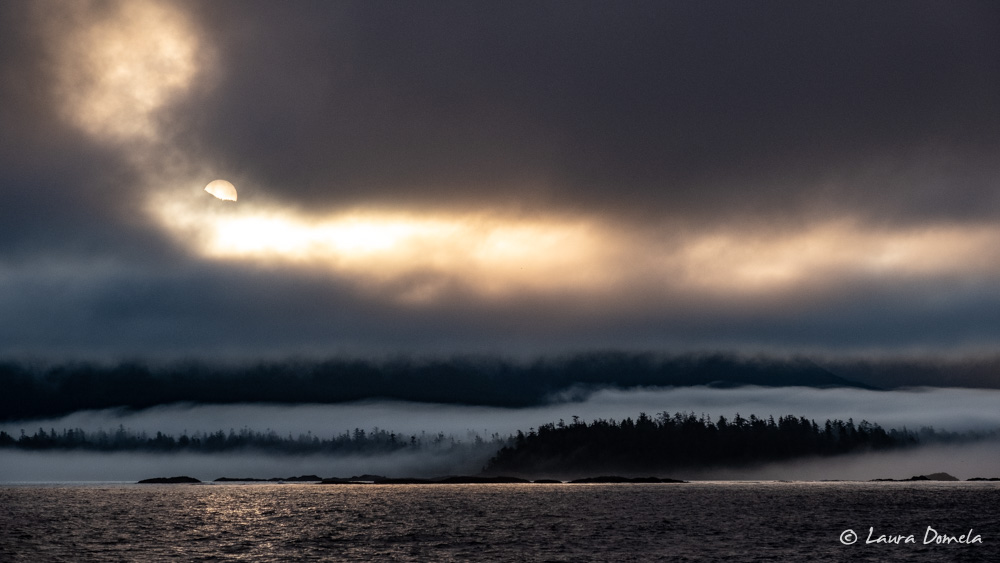 Overnight the wind dropped and the swell (Friendly Cove gets some swell) died off. The 4:40 a.m. light station reports sounded promising (single digit winds, one foot chop or rippled), so at about 7:00 a.m. we got underway for the four hour trip from Nootka Sound to Clayoquot Sound.

The morning light was particularly pretty: 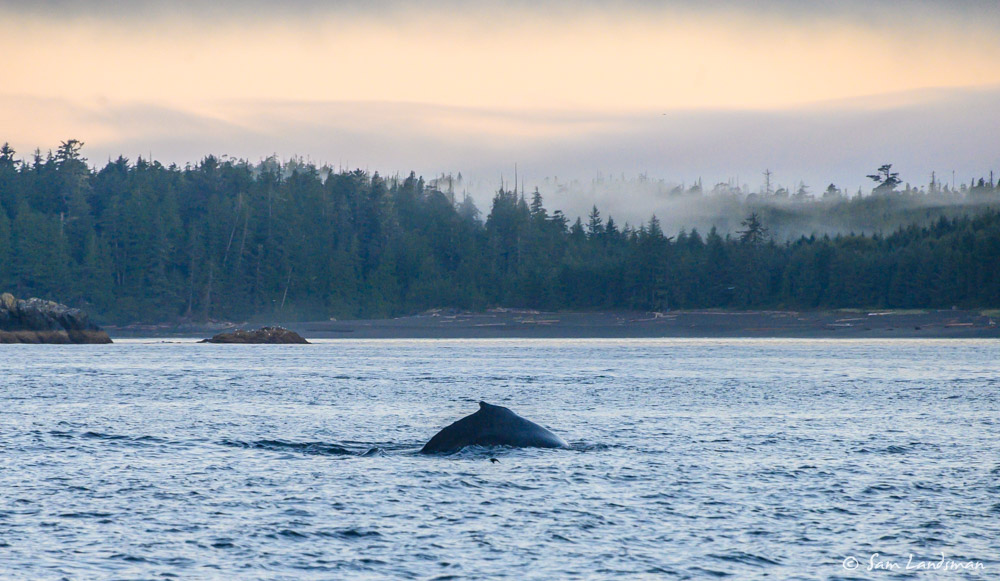 Sea conditions were perfect: a gentle swell, no wind waves, little current. As we neared Estevan Point, we motored into the fog. Peaceful hours like these on the open ocean are the reward for patience and careful weather planning.

Inside Hot Springs Cove it was sunny, but we could see the fog bank sitting offshore all afternoon. We had a relaxing afternoon exploring by dinghy, catching up on internet tasks (not that relaxing, but necessary), and watching the float planes and tour boats come and go. After a few weeks being disconnected in the wilderness or sleepy villages, it’s a little shocking to suddenly be around so much activity!

We dinghied across to the First Nations village on the other side of the cove and walked around a little. We’d heard there was a little store there but if so, we never found it. 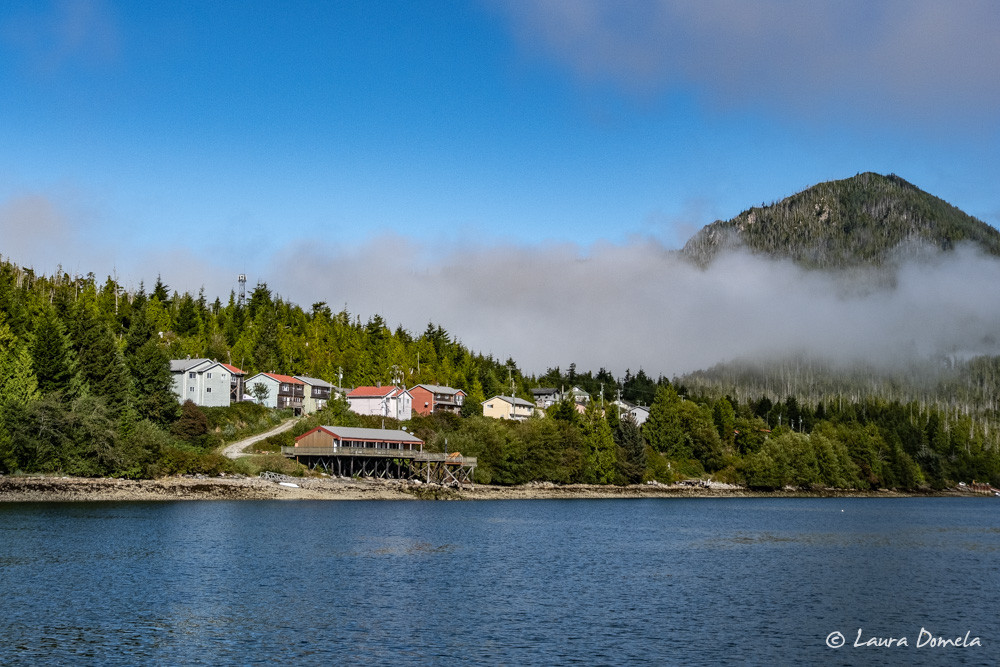 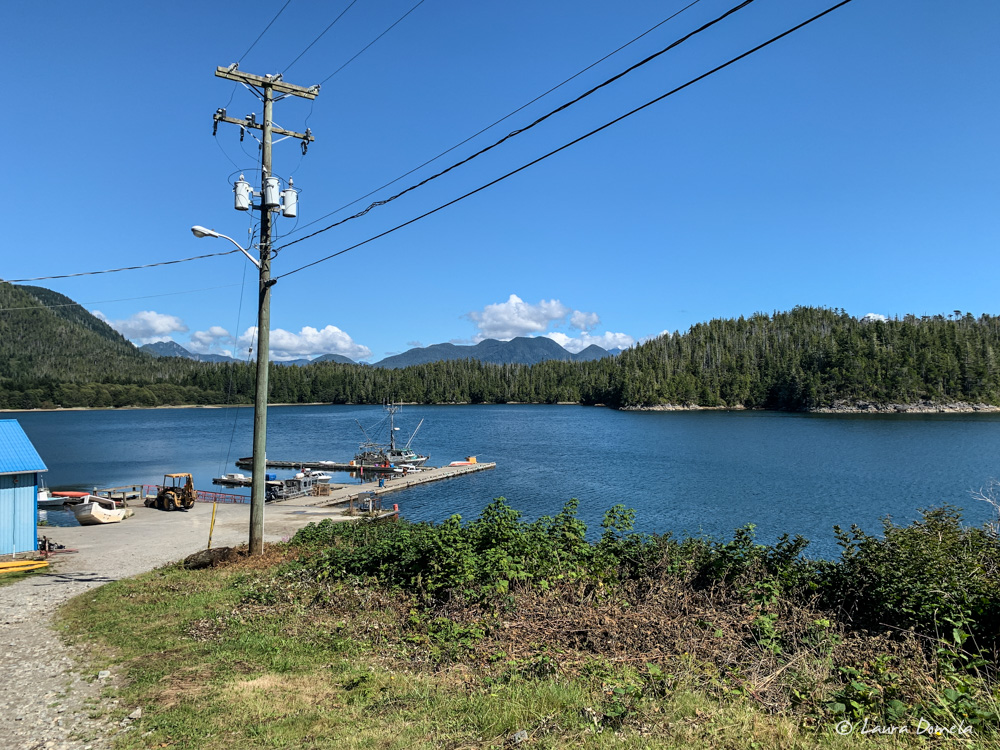 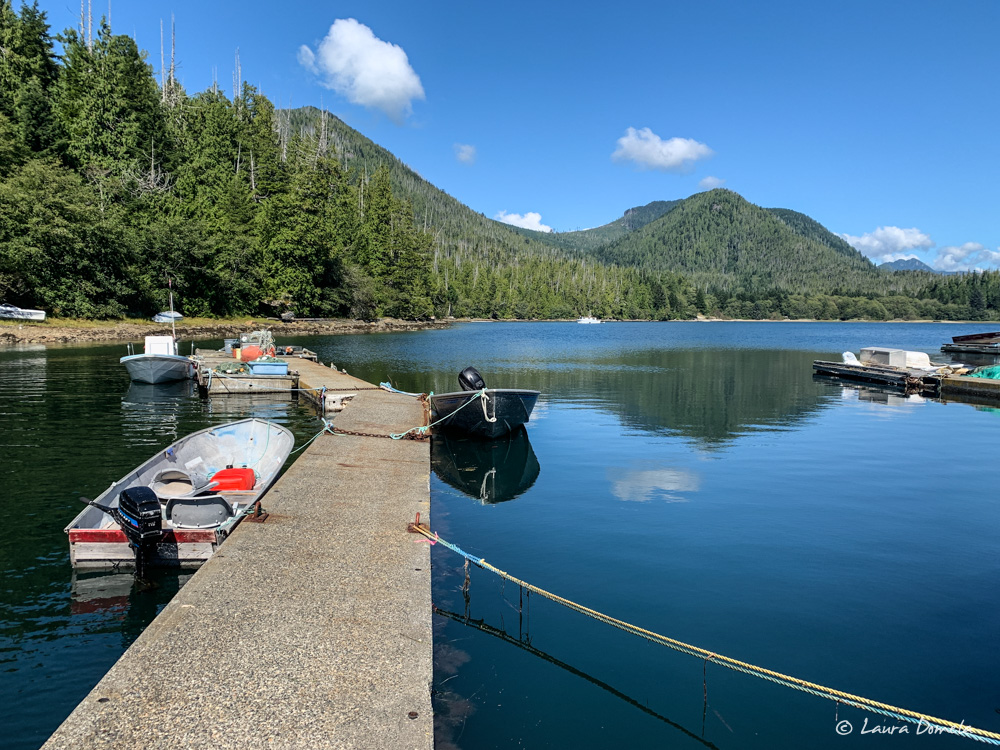 We had an early happy hour on Impulse then headed to the hot springs as the last of the tour boats was leaving. 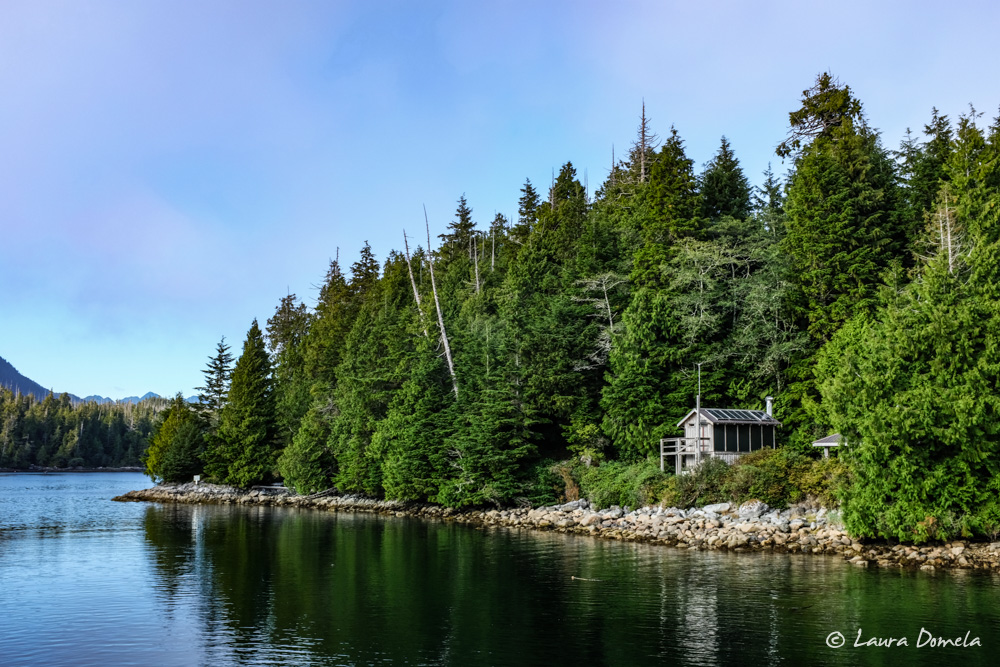 We enjoyed the hot springs until dusk, then returned along the trail before it got too dark. 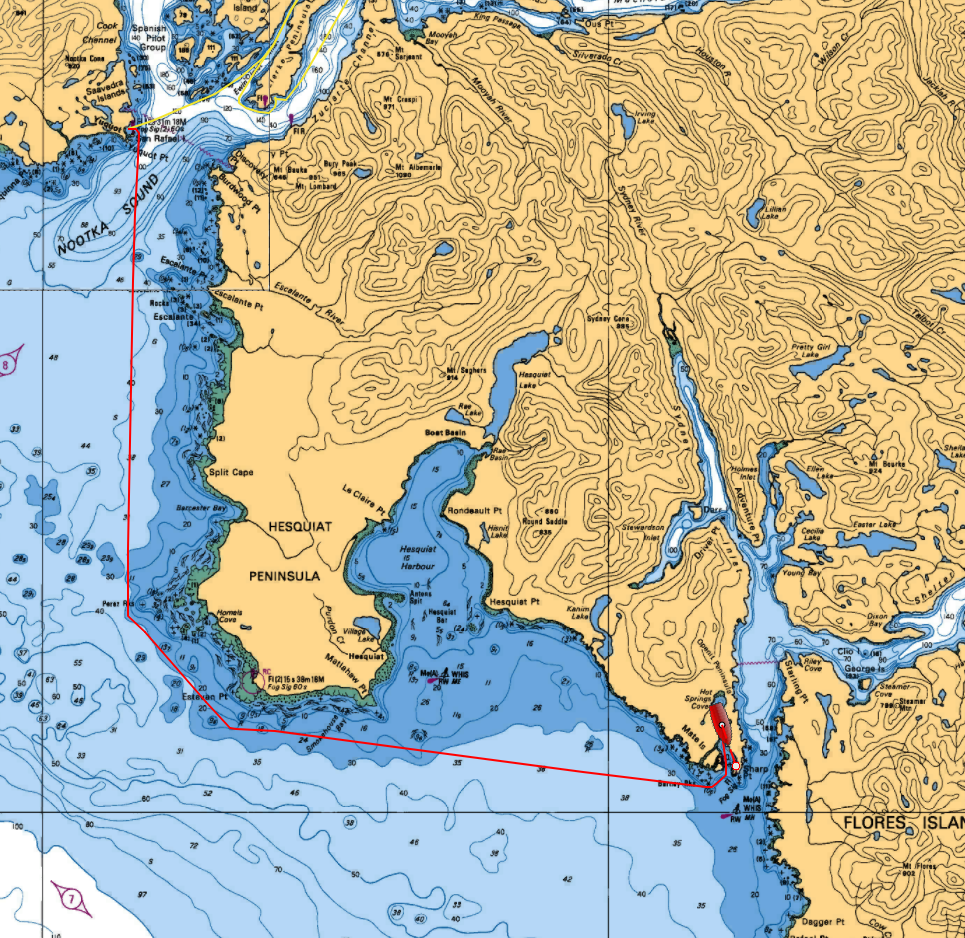