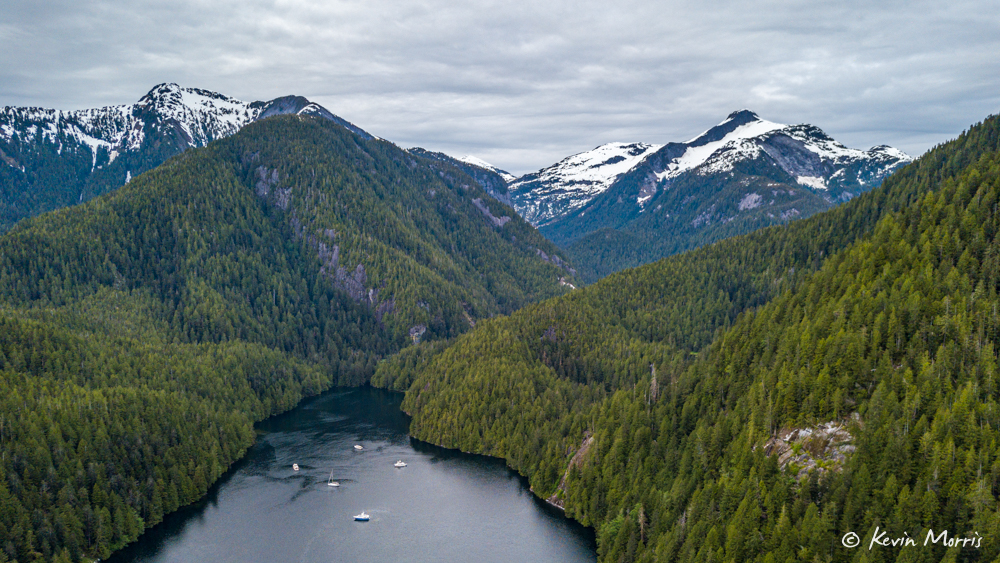 We were up before sunrise to get underway for a nearly 90nm day. Today we have few weather concerns (whew, that’s nice for a change!), no hazardous currents, and beautiful scenery. And after today, we’re just one day from Alaska!

There’s been surprisingly little traffic of any type since the Gulf Islands. Normally we see cruise ships, ferries (BC and Alaska), tugs and barges, fish boats, and pleasure boats along the Central BC coast. This year, we’ve seen just one Canadian pleasure boat, a few ferries, a single tug and barge, and a handful of fish boats. We’ve also seen a few other US pleasure boats transiting to Alaska.

We passed the southbound Western Titan in front of Butedale, and they were kind enough to call us on the radio and warn of us substantial logs in the water ahead.

A little while later, Bonito called Airship over VHF to ask what was splashing on their bow, and hey! We had some Dall’s porpoises come for a visit! 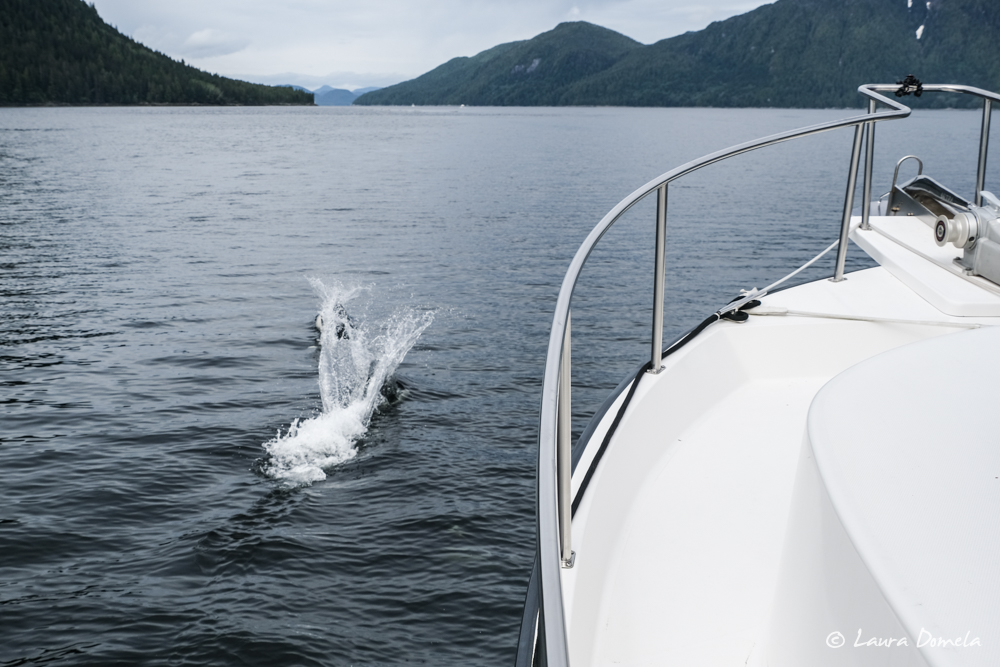 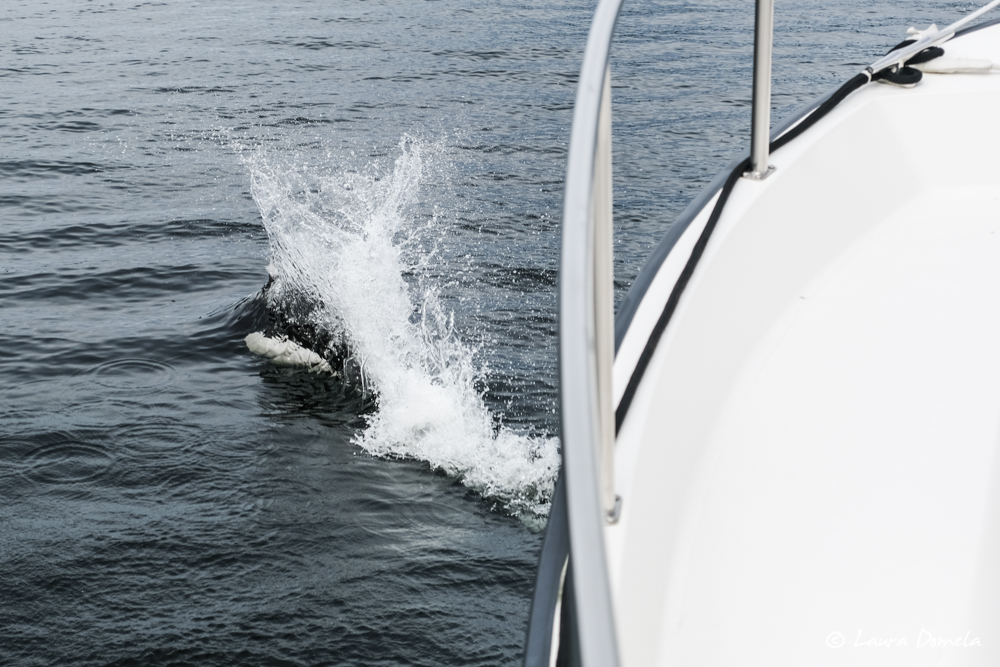 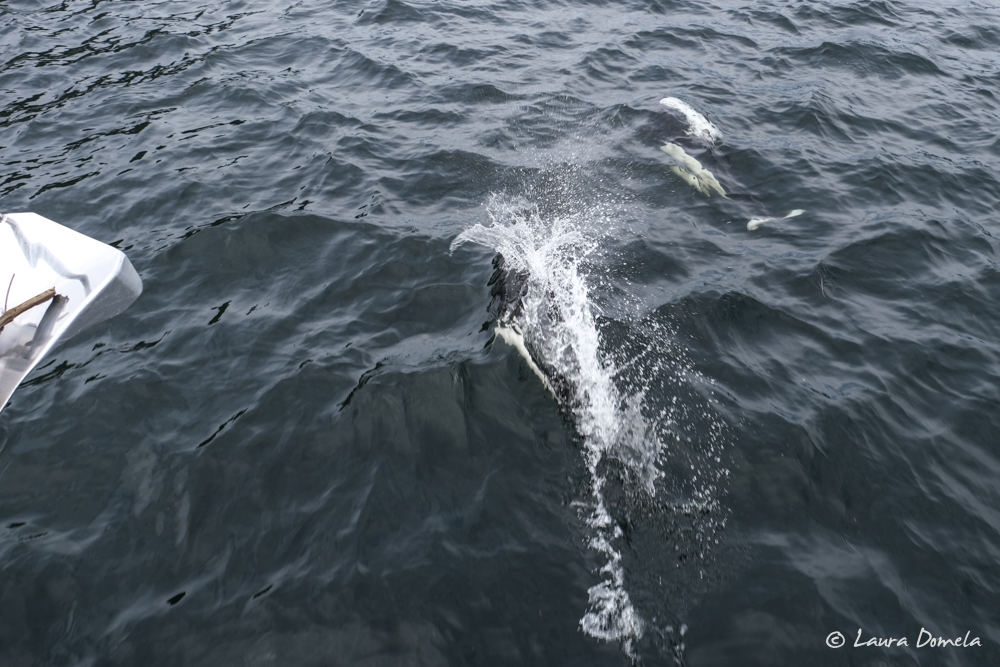 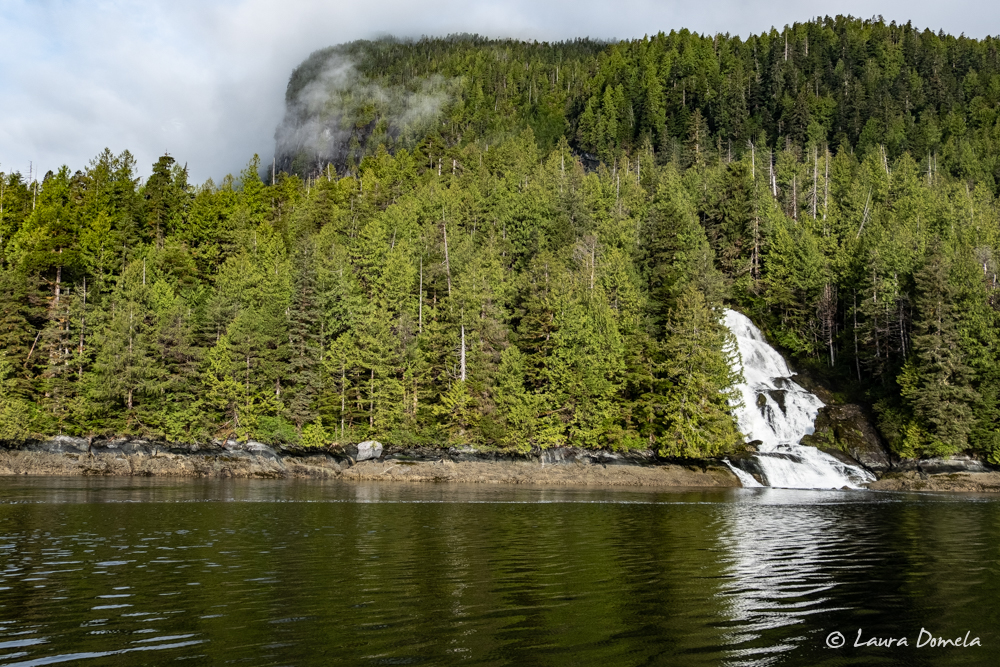 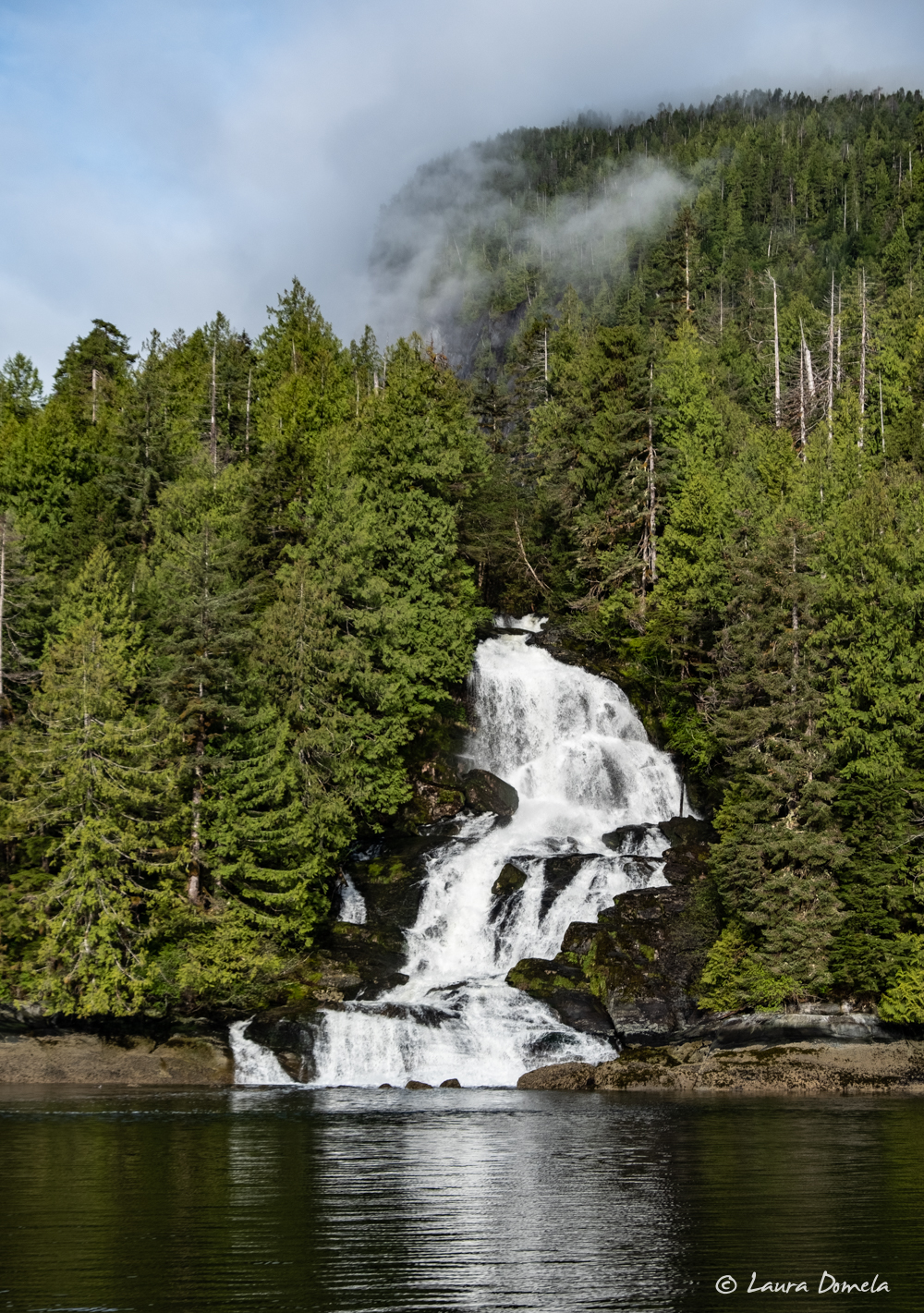 The mountains were impressive, too.

The current didn’t cooperate for the first several hours, first with four knots against us at Hiekish Narrows, then all the way north in Graham Reach and Fraser Reach. Butedale was the only sign of humanity. 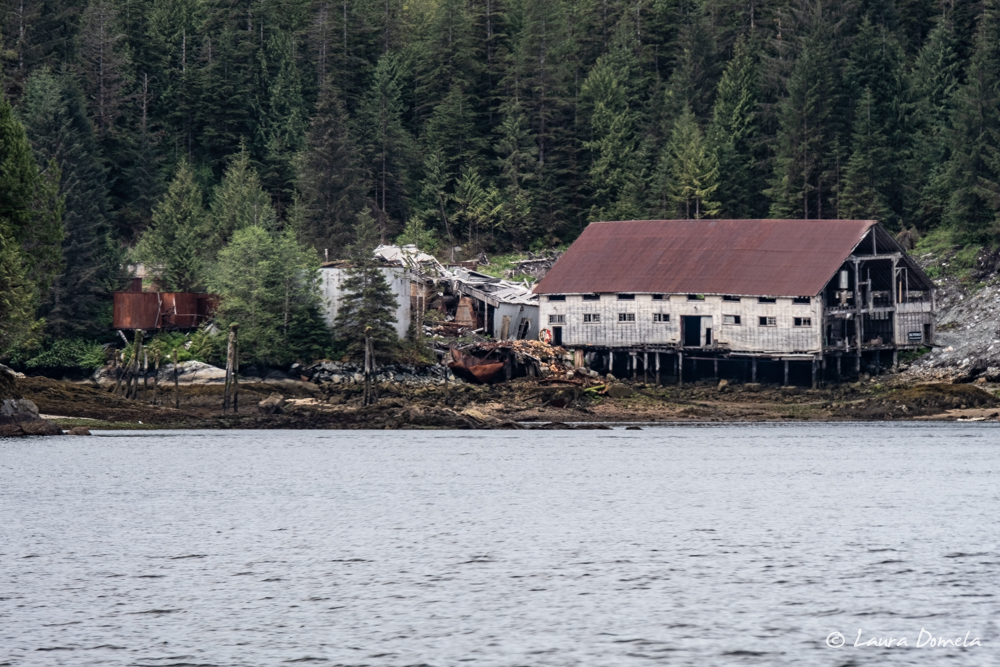 The current turned in our favor by the time we entered Grenville Channel and it felt like we were racing towards Alaska. We briefly discussed pressing on, to make the following day easier, but having the anchor down in a beautiful spot by dinner time won out. We turned off Grenville Channel into Klewnuggit Inlet. By 4:30 p.m. we were all securely anchored.

Once we all settled in, we checked in by VHF radio. All seems well with the fleet and we look forward to visiting in person tomorrow night! 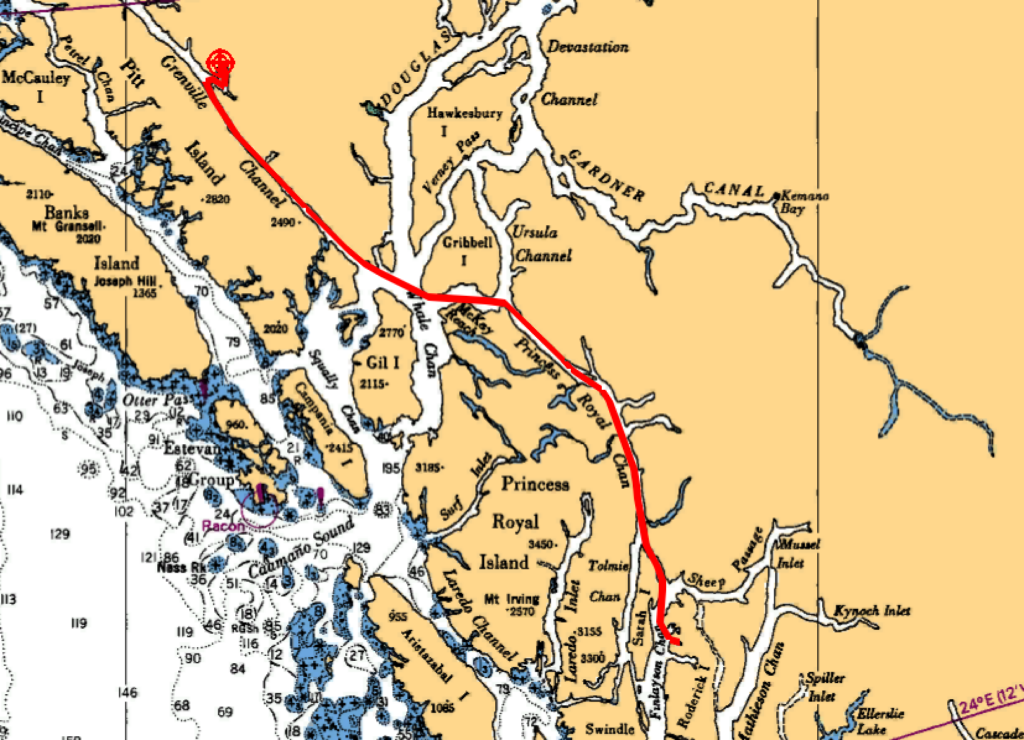