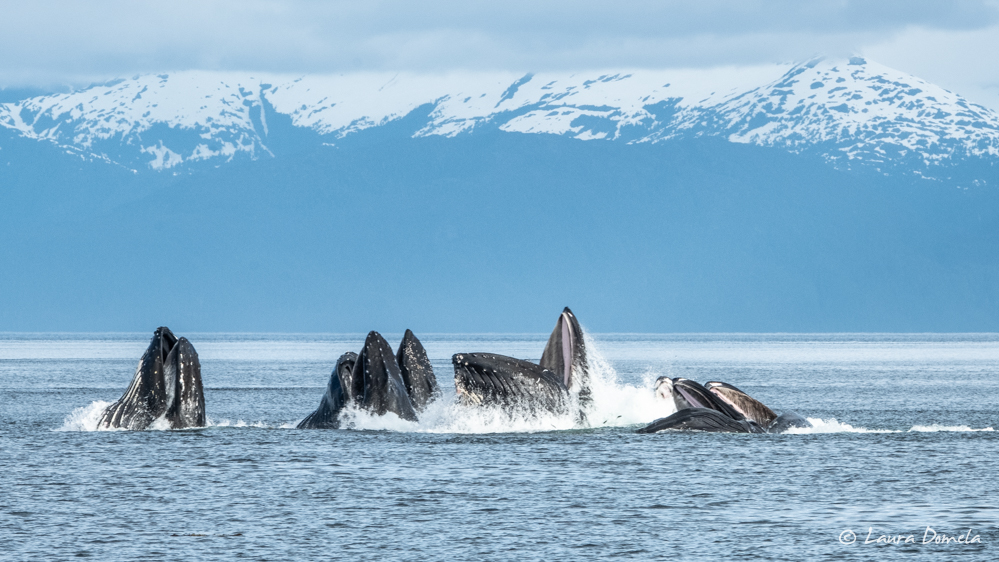 As we exited Explorer Basin this morning, we found Chatham Strait FAR less bumpy than the previous day. Additionally, we were greeted by several groups of humpbacks feeding on the herring that were everywhere!!

The herring balls were too prevalent and moved too quickly to be steered around, yet every time we drove through one we worried that a whale might surface and strike the boat. If you’ve been whale watching in the San Juans, this is nothing like that. The most obvious difference is the species: here we’re looking at humpbacks, in the San Juans it’s often orcas. But the more significant difference is that here the whales far outnumber the whale watchers. In fact, our small group was the only ones watching these whales. There were no  tour boats, no whale police, no houses ashore, just us and the whales…so many whales, spouts as far as the eye could see, that we couldn’t figure out where to focus our gaze.

After watching whales for a while, we eventually continued on across Chatham Strait toward Red Bluff Bay. What a morning! We even got this beautiful rainbow along with our nice calm water! 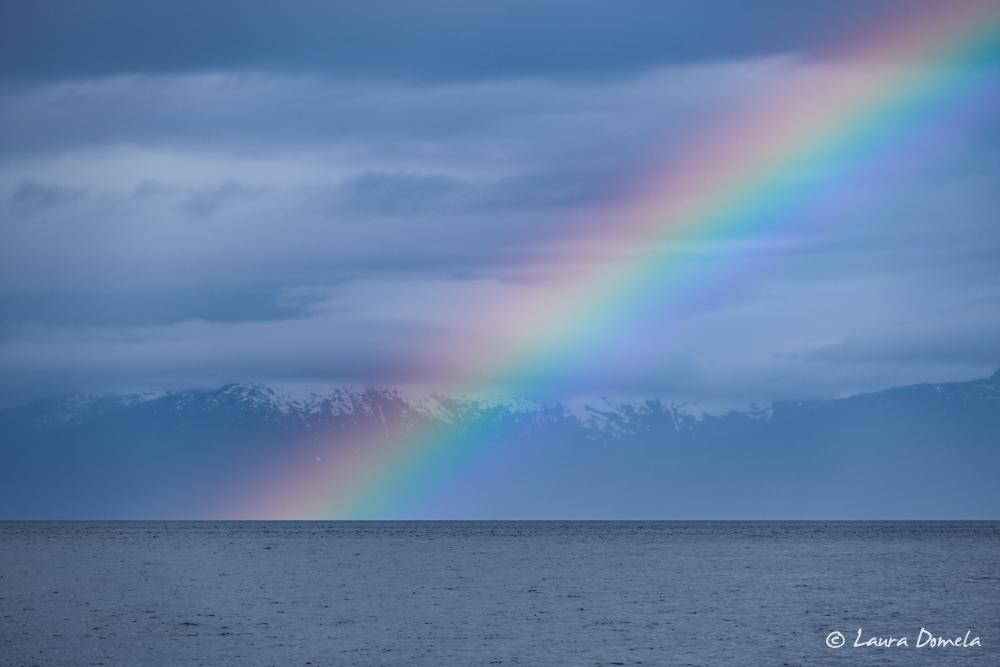 Red Bluff Bay is fairly easy to spot, due to the obviously red bluffs at the entrance. 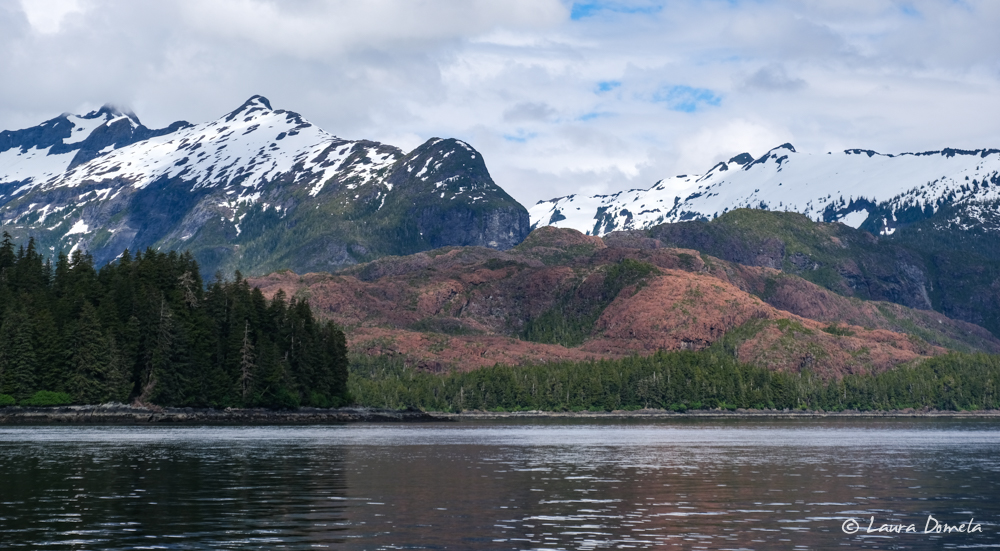 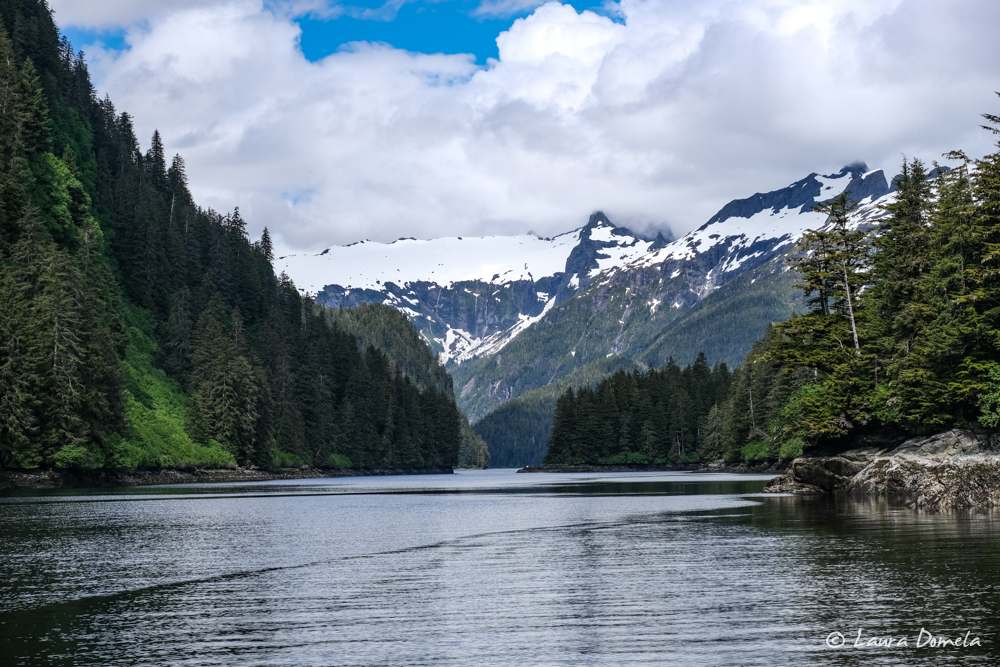 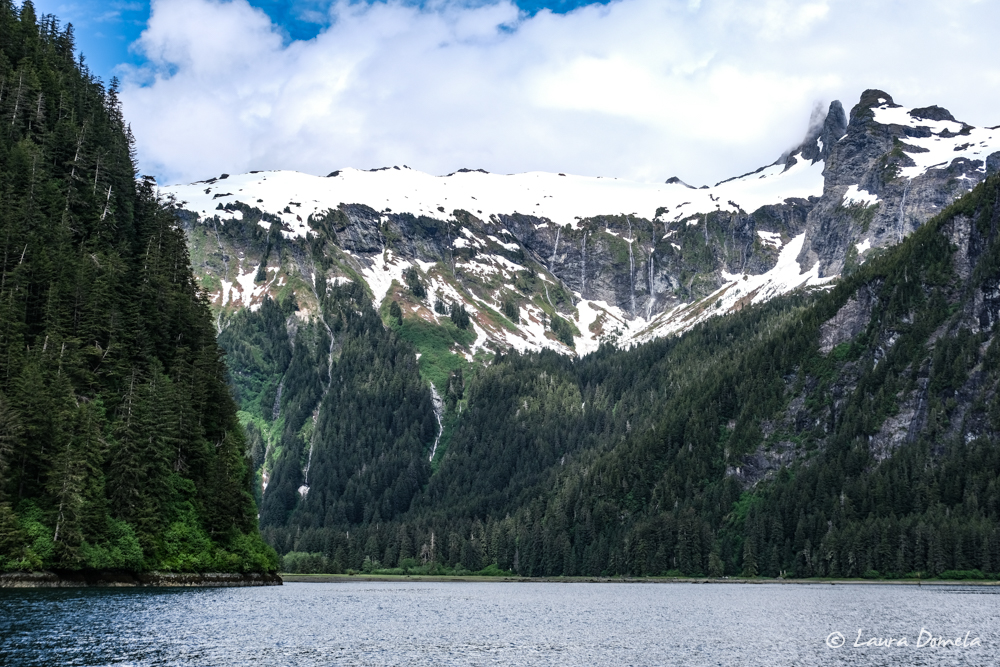 Everyone got out in their dinghies pretty quickly after anchoring — there’s so much to see and explore in Red Bluff Bay. We watched a brown bear foraging on shore for a while. He knew we were there, and since his territory seems to be in a prime viewing spot for visitors, was likely used to having people in small boats watching him eat and didn’t seem to care one bit that we were there. 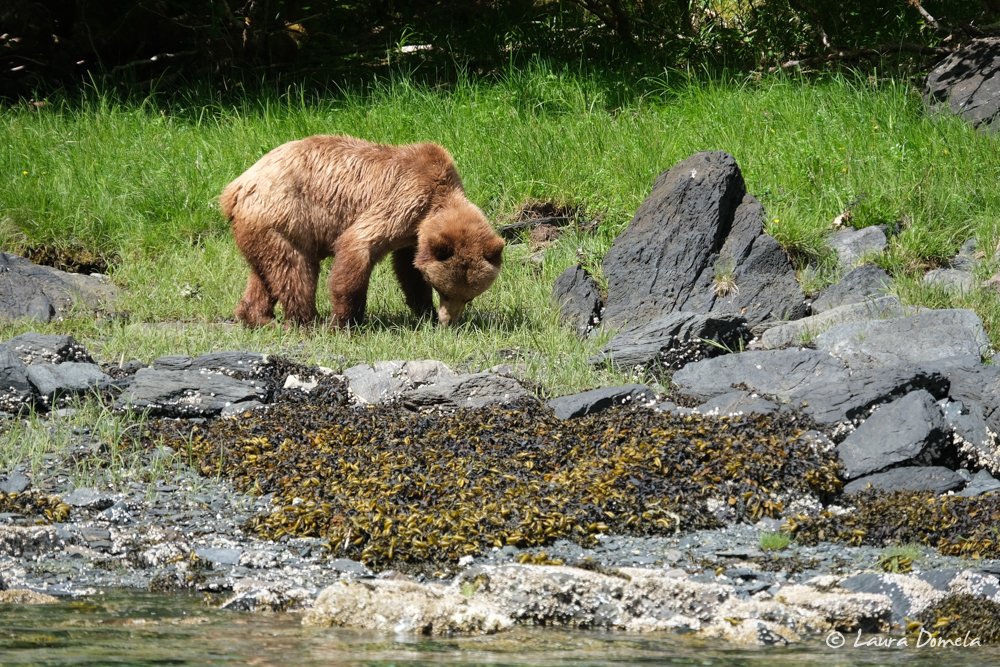 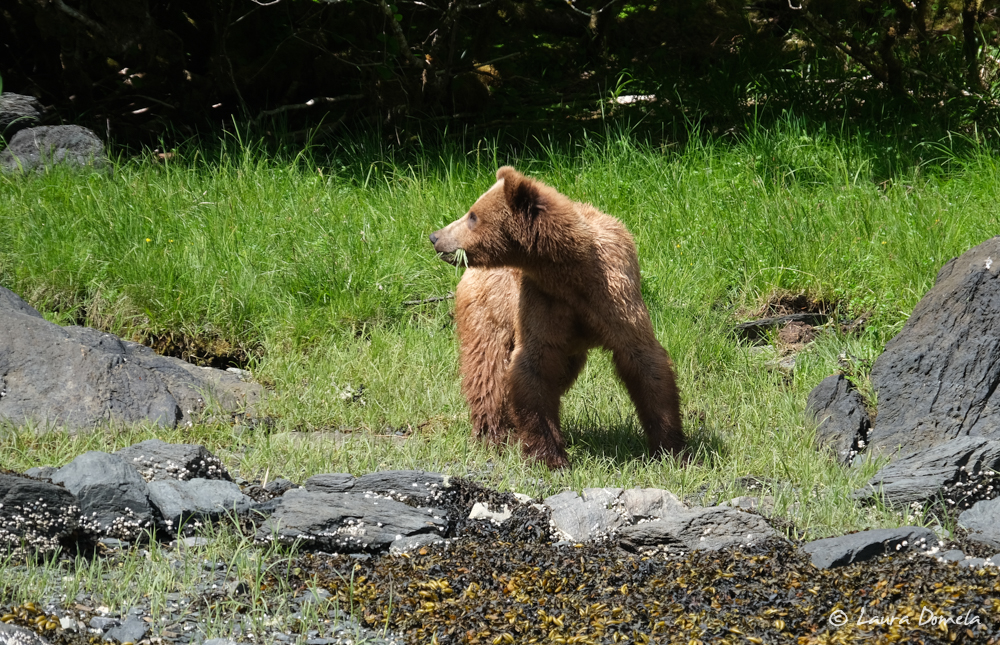 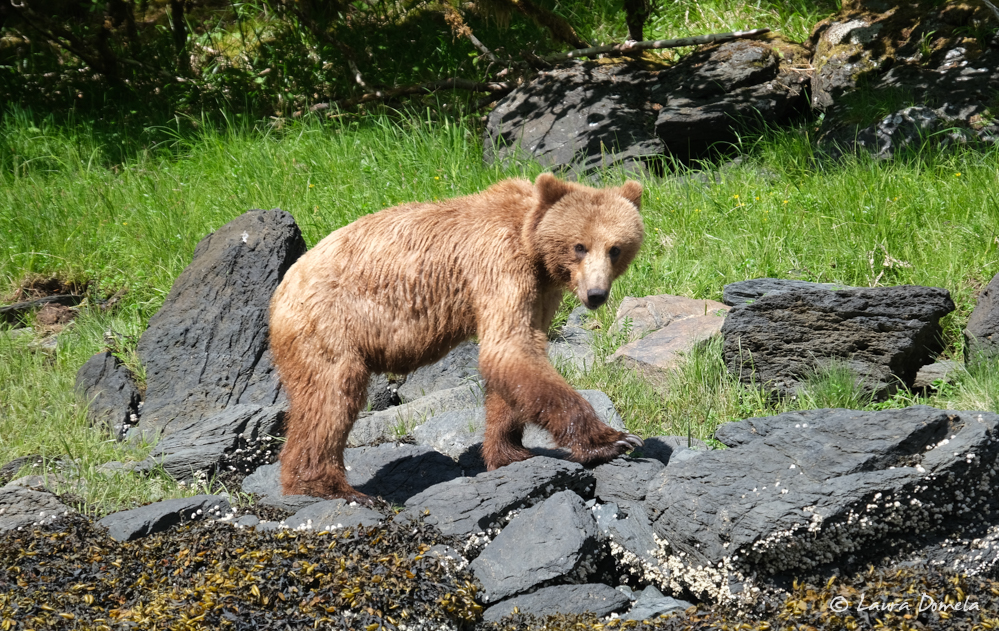 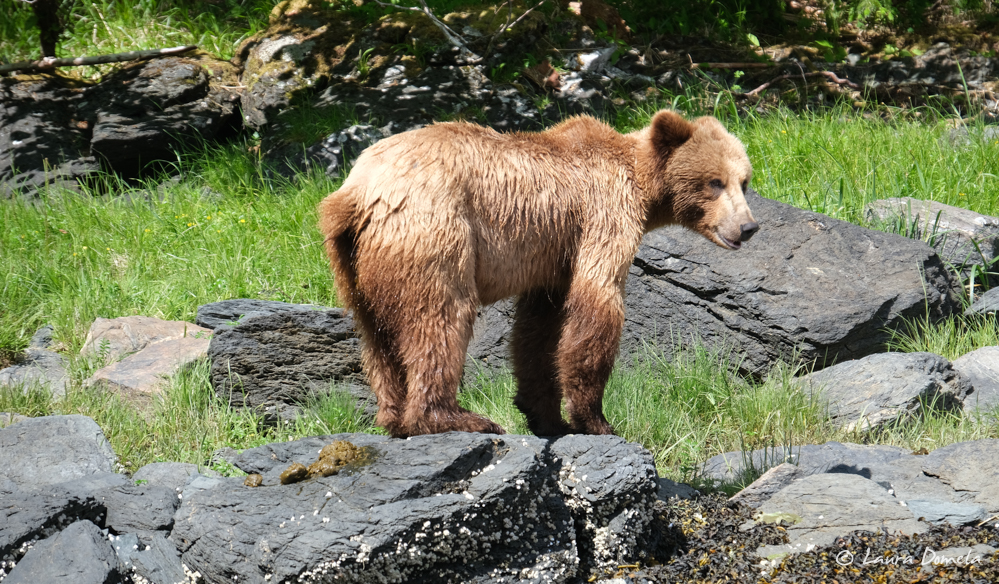 Just outside the mouth of Red Bluff Bay, Sam and Anna enjoyed a little more whale watching, this time by dinghy. Watching the water boil and then these humpbacks lunging to the surface with their mouths open was thrilling, especially from a three hundred pound rubber boat. 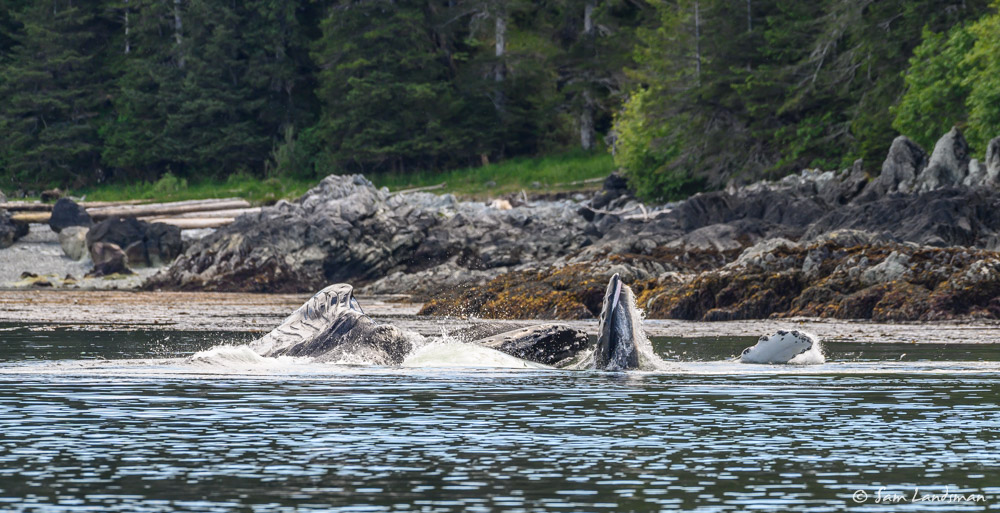 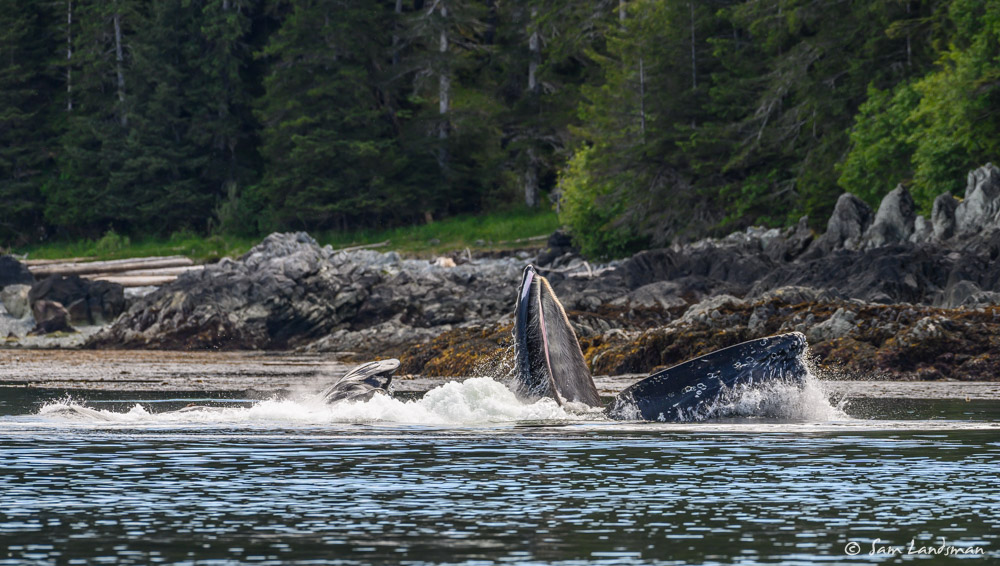 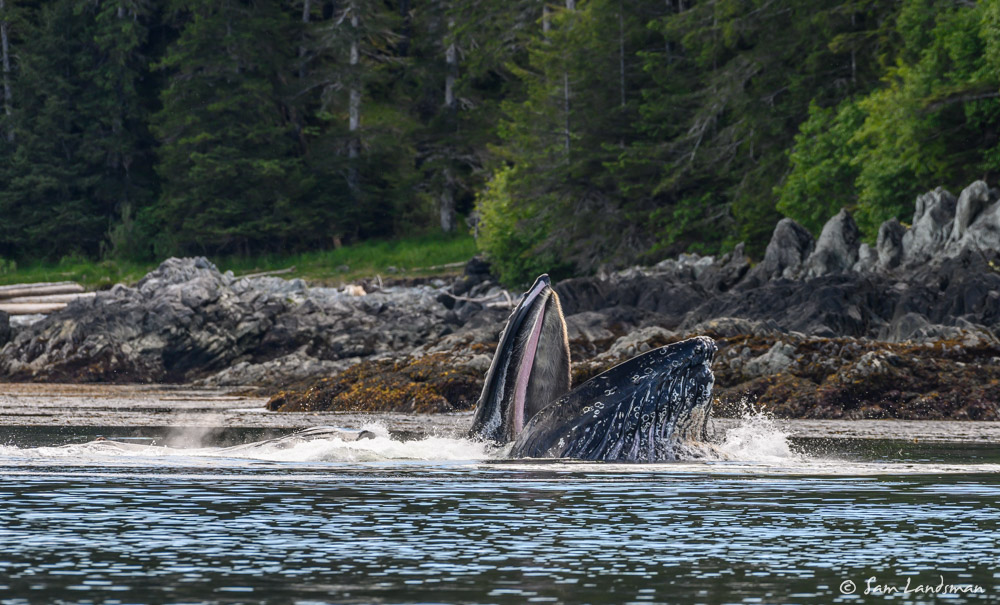 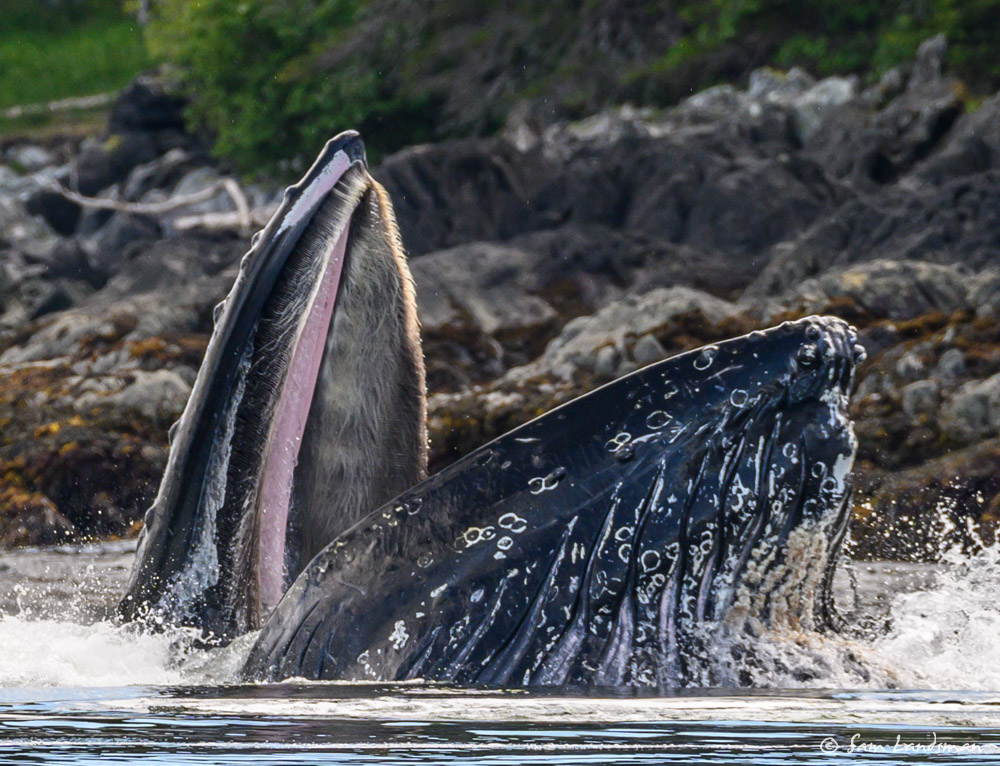 Later on, we watched four more bears back up toward the head of the bay. 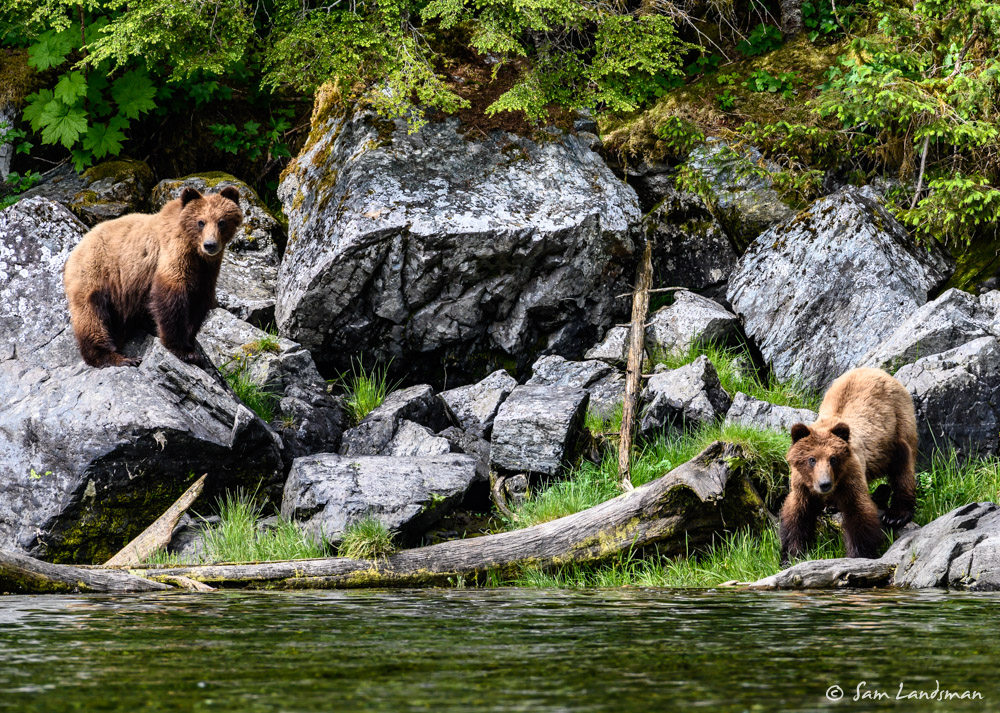 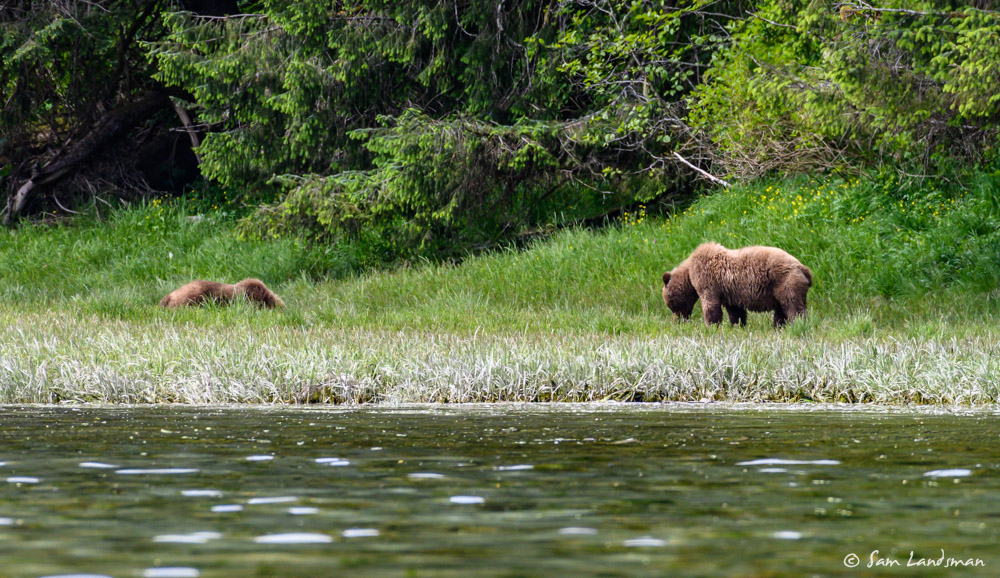 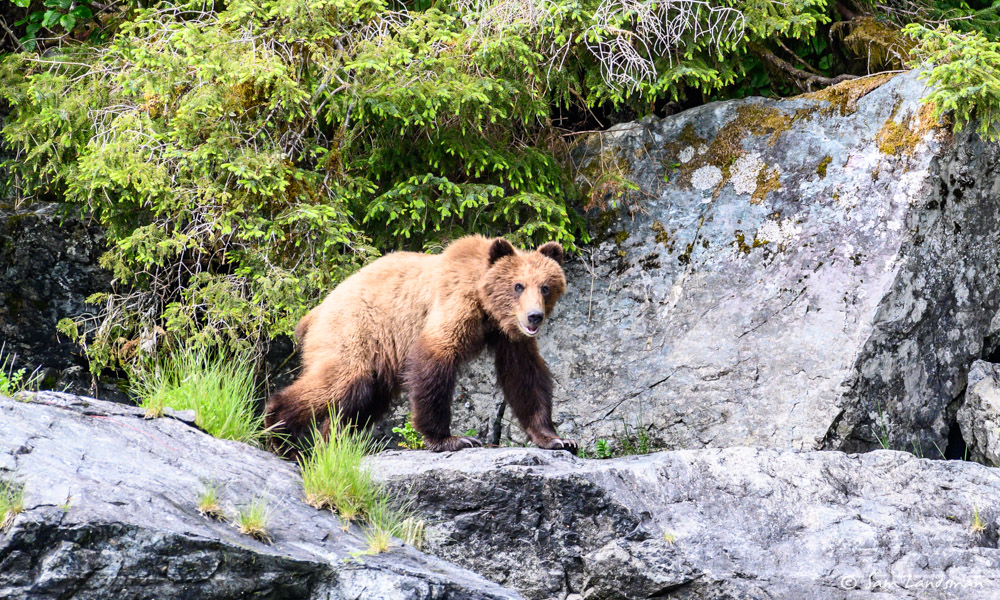 Kevin got some aerial shots of the anchorage and the surrounding landscape. This is an incredible place, for sure! 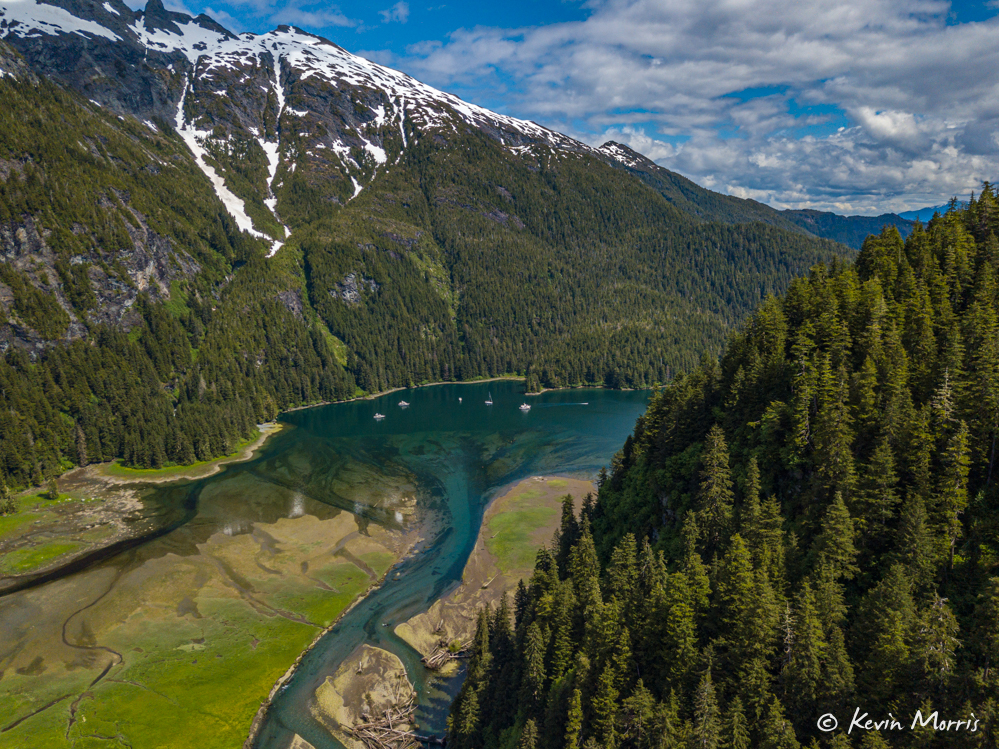 Dinner was “kicked-up ramen” night on the raft, which is always very photogenic with all the veggie sides people bring (spinach, carrots, soft boiled eggs, chili sauces, grilled coconut beef skewers, etc.) but we were all busy prepping and cooking and didn’t take any photos of the spread. But trust us, it was pretty! 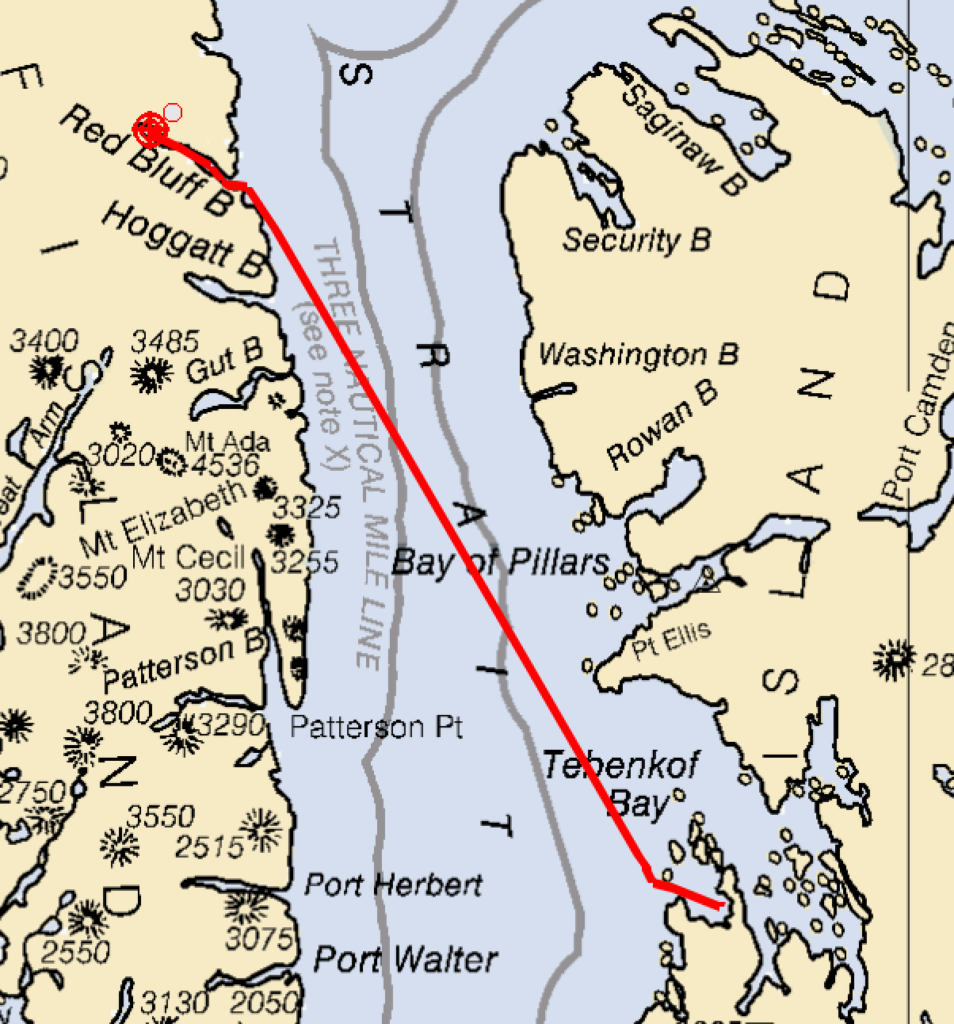