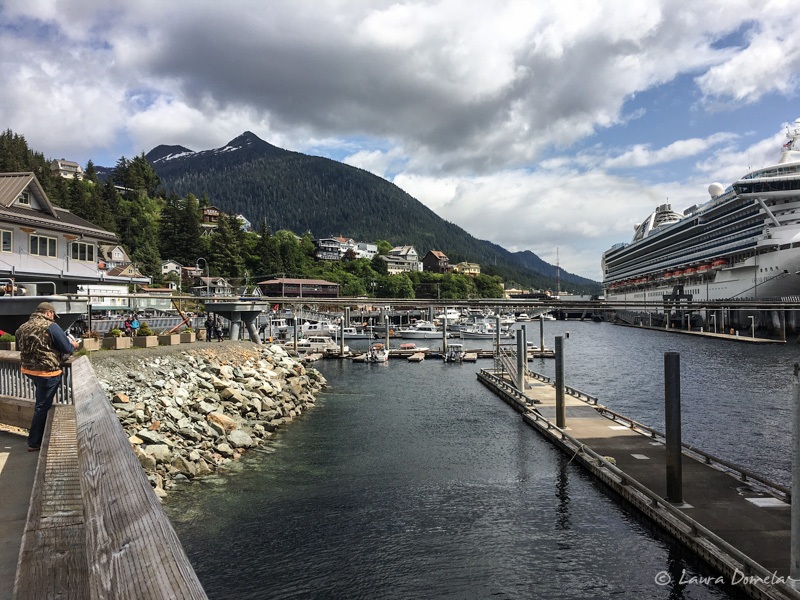 (This is a story about a bus ride.)

Here’s us today: coffee, work, work, work, breakfast, more work, go to the grocery store, back to the boat, more work, watch cruise ships leave, more work. Later we’re going to have dinner over at the Bar Harbor Restaurant (super yum, went both times we were in Ketchikan last year).

We rode the city bus down to the Safeway near the Bar Harbor marina, but we decided to grab the bus going the other direction. The city bus has a free shuttle that does a loop from the end of downtown to the plaza where the Safeway is, so we got the whole loop in by catching it going the opposite direction.

Our bus driver was a native…totally cool Tsimshian guy with great jewelry and a super dry sense of humor. We chatted with him about his family, where he lived, the woodwork/artwork he does, the silversmithing tools he gave to his grandson and how he’s going to pay for art school for him as a graduation present, and some other random stuff. We told him we’d stopped in Hartley Bay (the Tsimshian village in BC where we stayed on Day 14), and he said many of his relatives live there.

Read more on the Riveted blog.