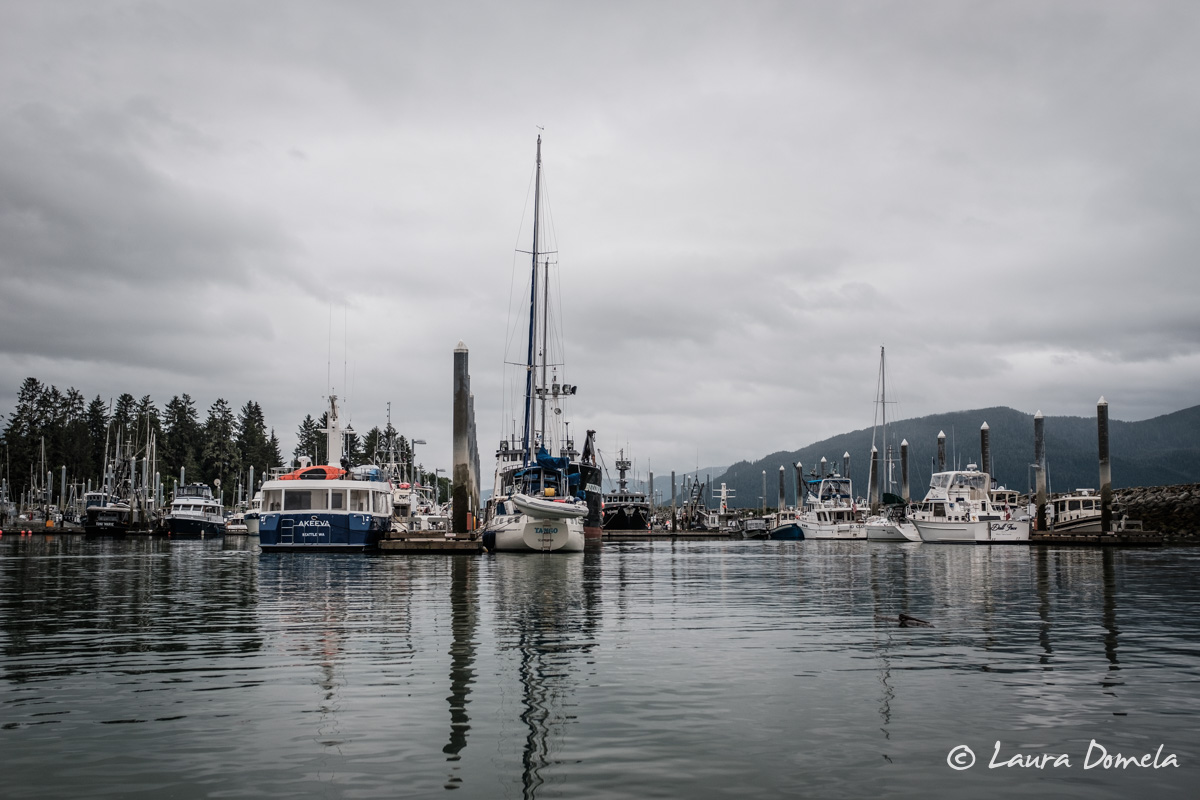 Day 21 began with the delivery of Cassie’s famous cinnamon rolls to the boats in Meyers Chuck. With pastries  consumed, the flotilla cast off lines and headed for Wrangell. 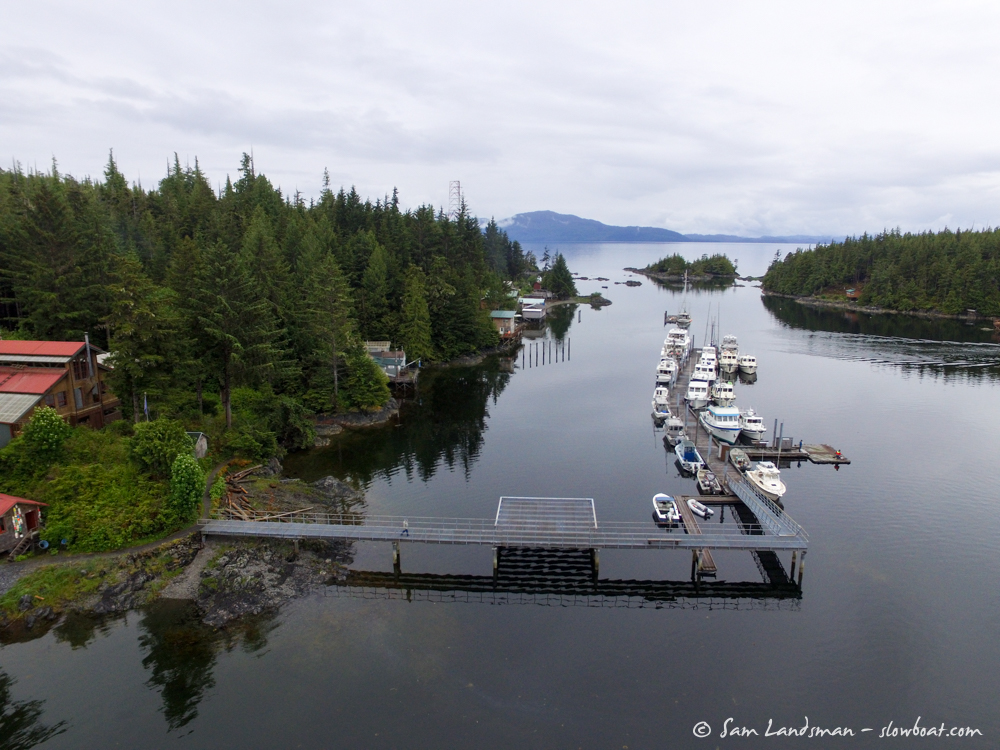 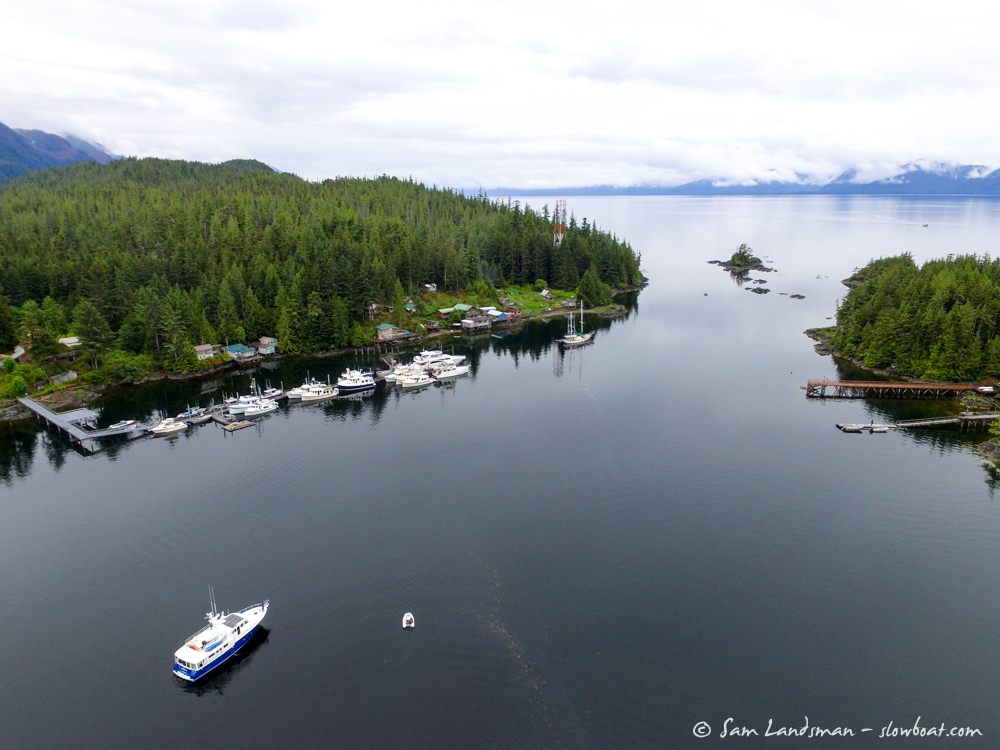 Clarence Strait was calm again. As we motored northwest in Ernest Sound the sun briefly appeared and winds remained light. By the time we got to Zimovia Strait the sun was gone, but we still had views of snowcapped mountains. 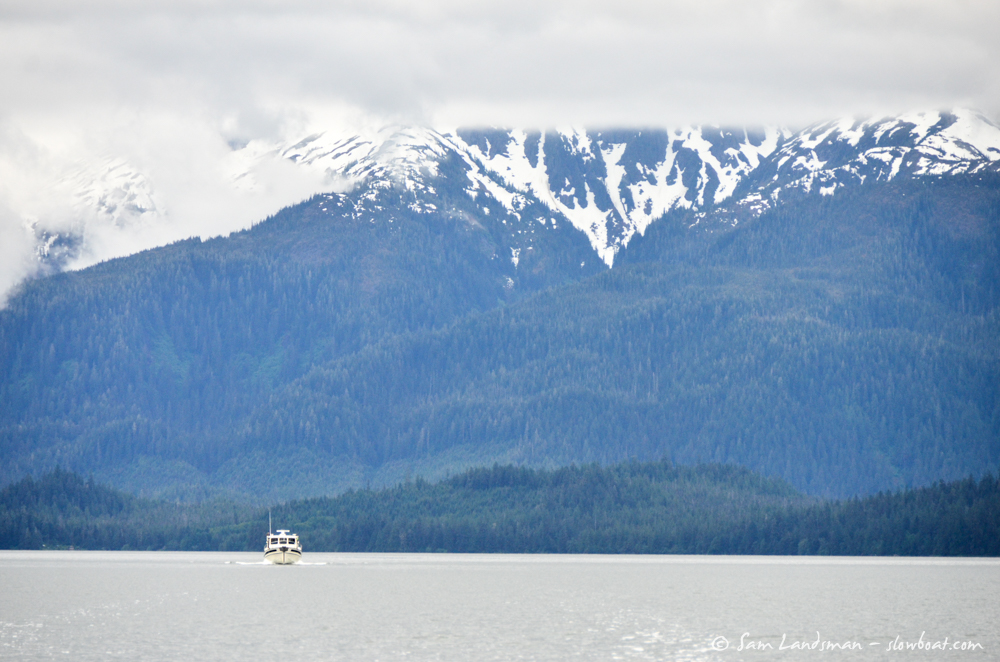 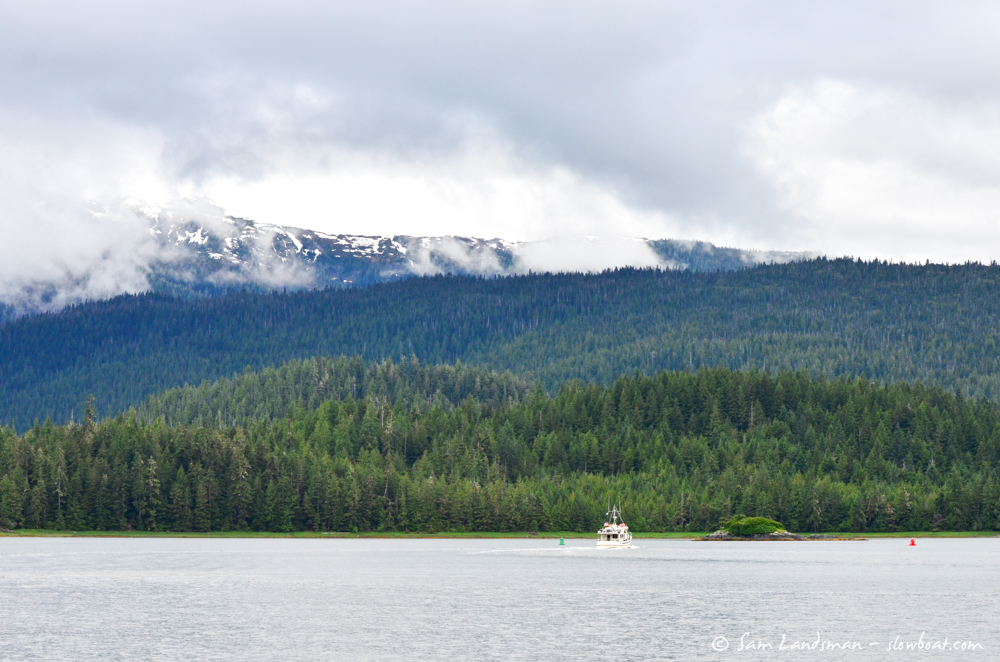 According to the current charts, we should have gotten a boost most of the day. Instead, we fought the current. Our theory is the surface current in Zimovia Strait is more influenced by Stikeen River outflow than tide level.

Alaska seems crowded this season! Meyers Chuck was busier than we’ve ever seen it, and Reliance Harbor in Wrangell was full, too. Plenty of room in Heritage Harbor, though. 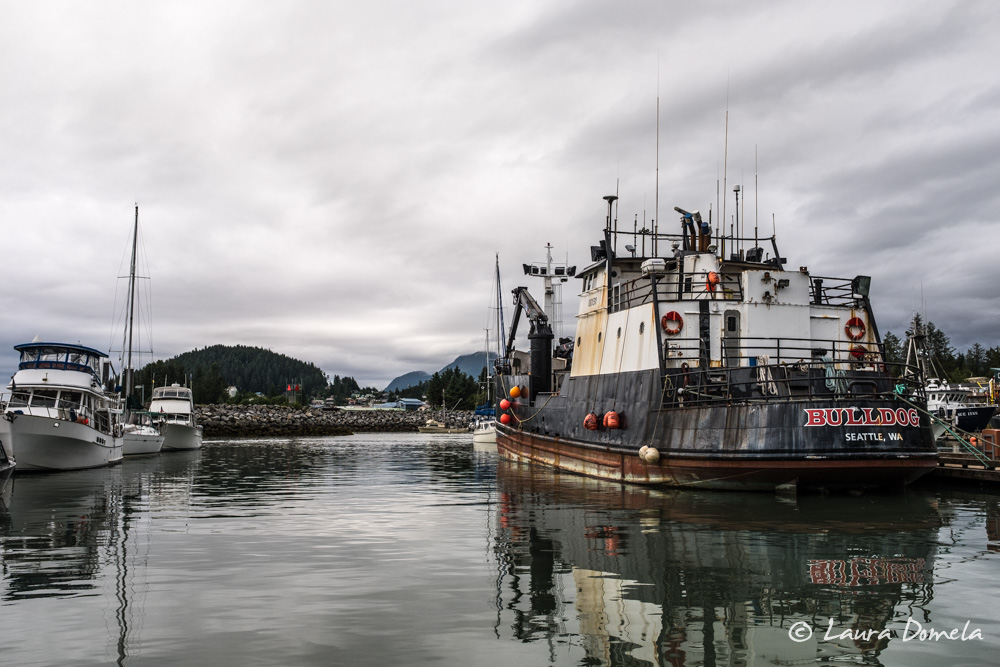 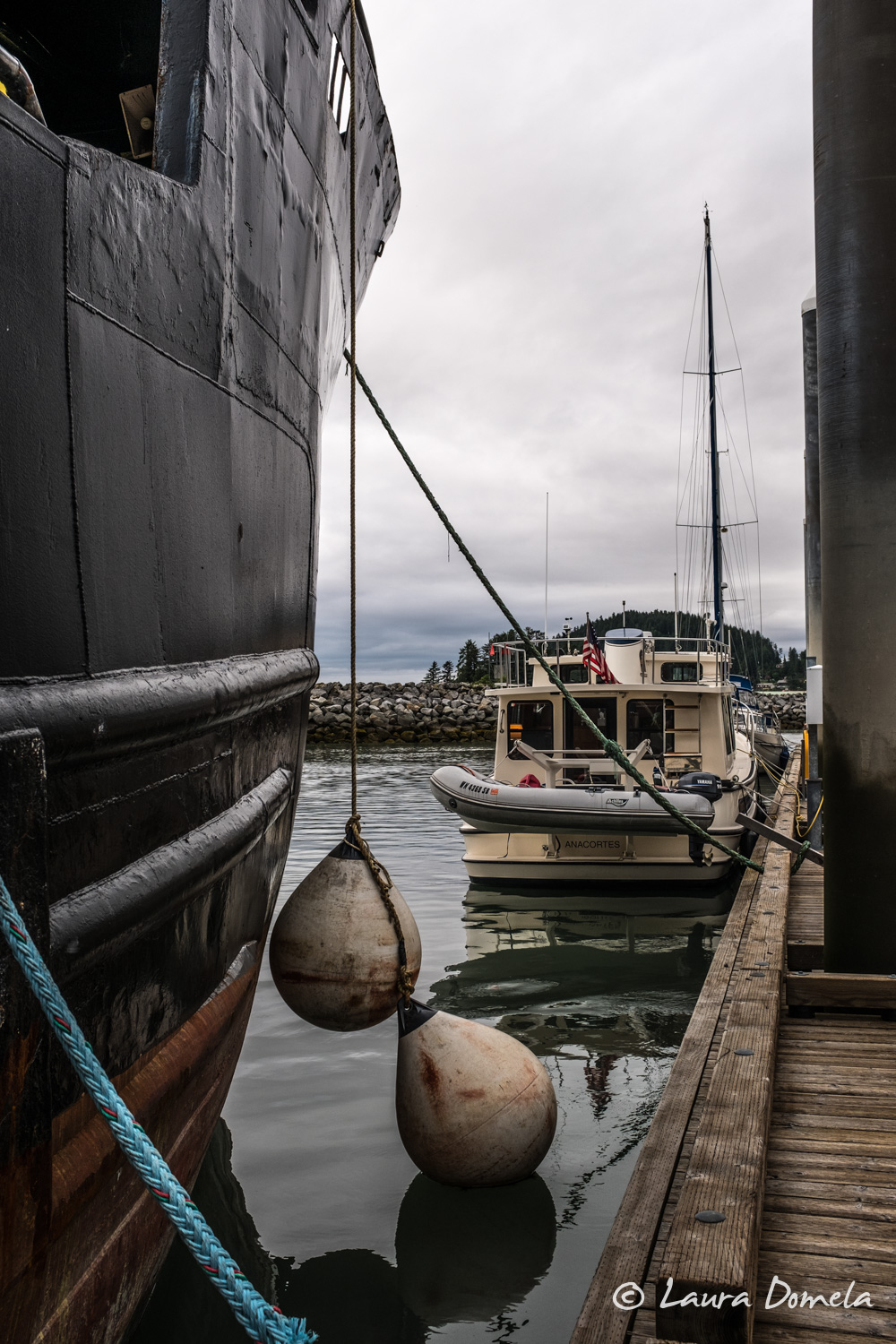 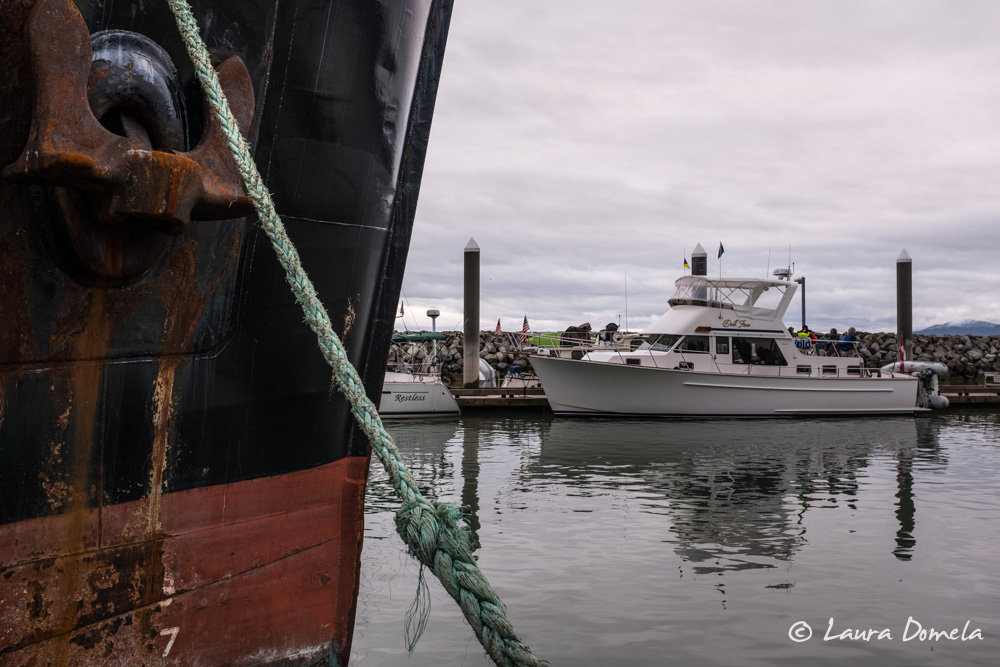 We all had dinner at the Stikine Inn. It’s a mile and a half walk from Heritage Harbor, so we took the dinghies. 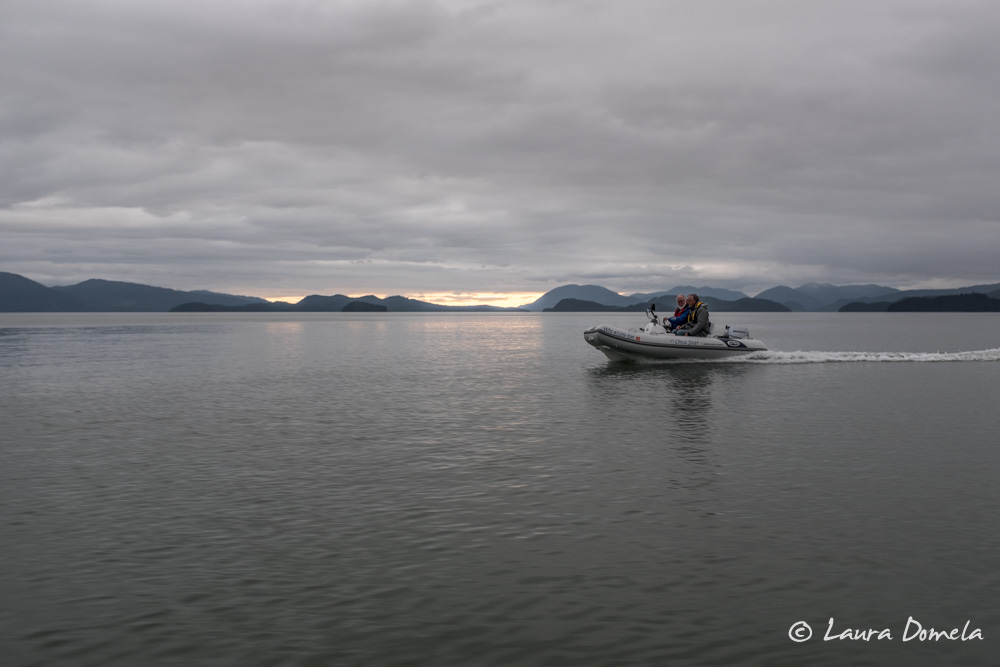 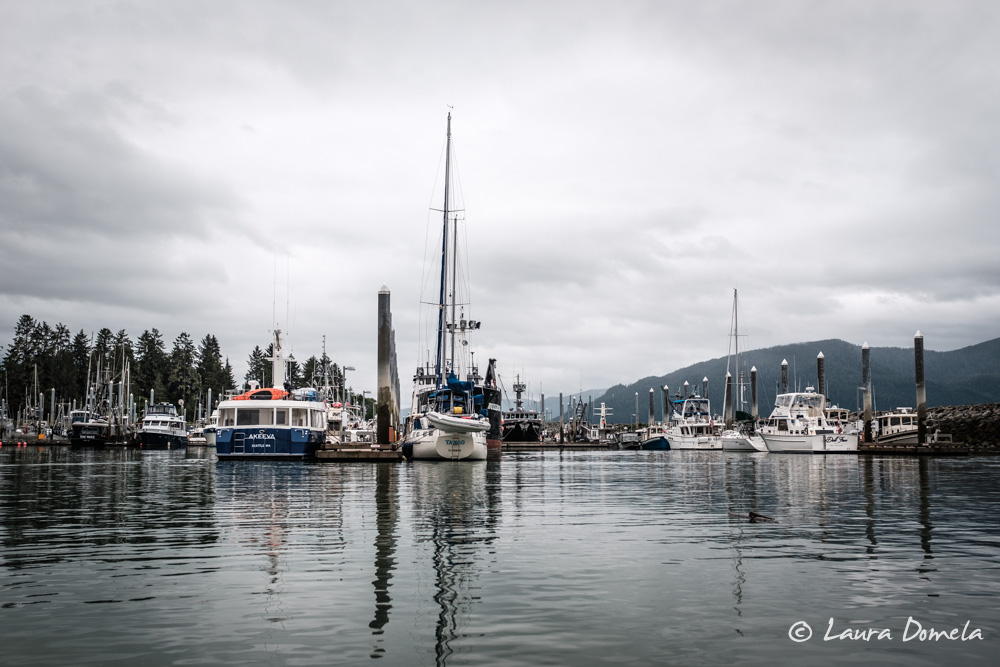 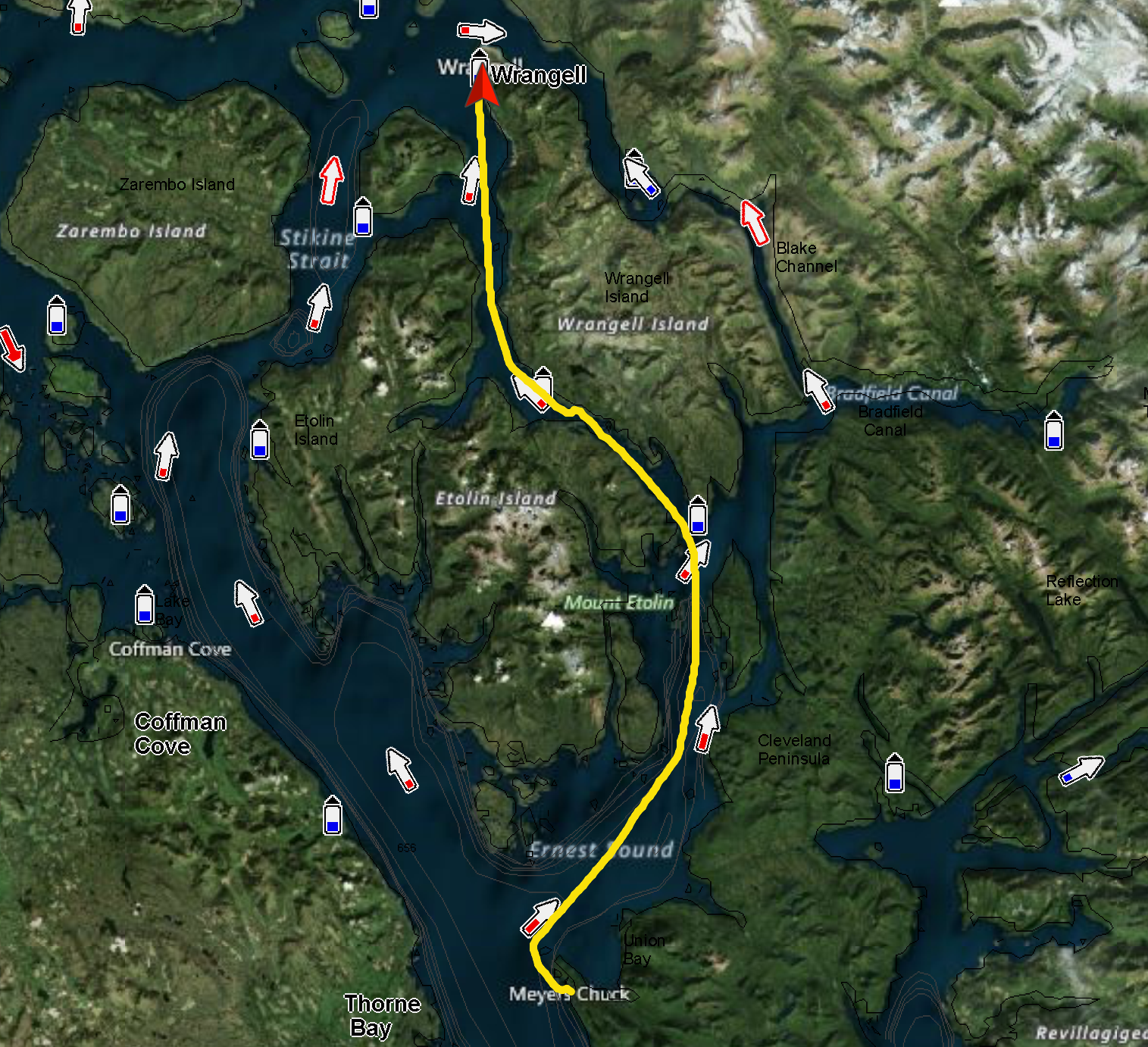