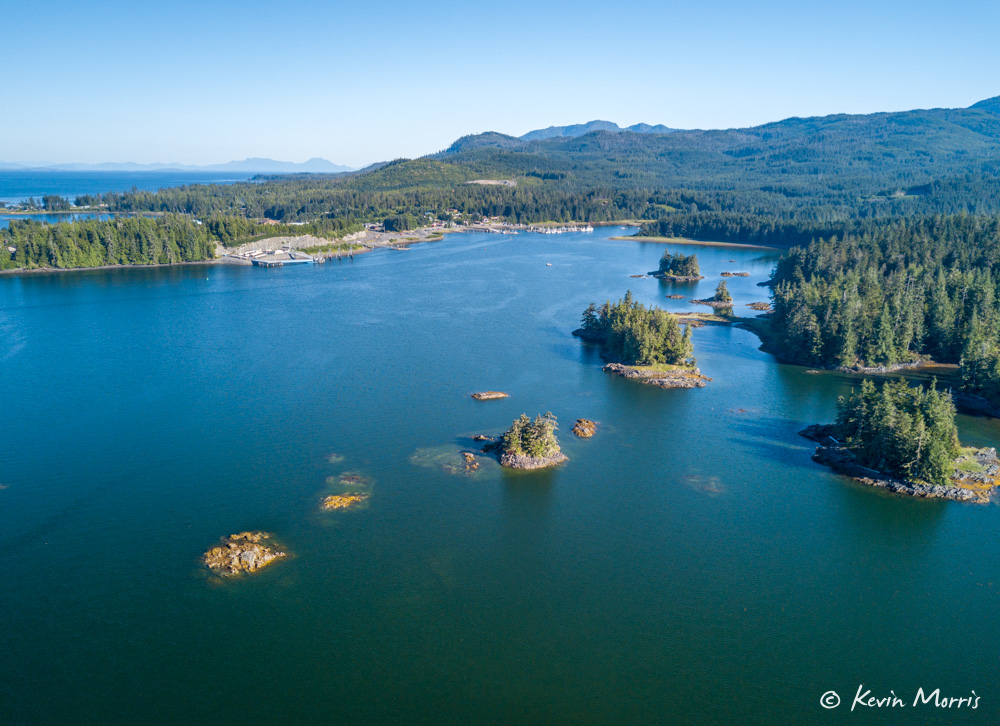 We left Point Baker after breakfast and headed for Coffman Cove. Sumner Strait and Clarence Strait cooperated, and we enjoyed another calm, sunny day on the water, punctuated by a midday whale show at Bay Point.

The transient dock at Coffman Cove was full of fish boats when we arrived. Several slips were open, but the harbormaster didn’t respond to our VHF radio calls so we anchored out instead. The area nearest the marina looked like it might be a bit busy for anchoring overnight, so instead we headed a mile or so north of the town docks and anchored between a bunch of (charted) rock piles. 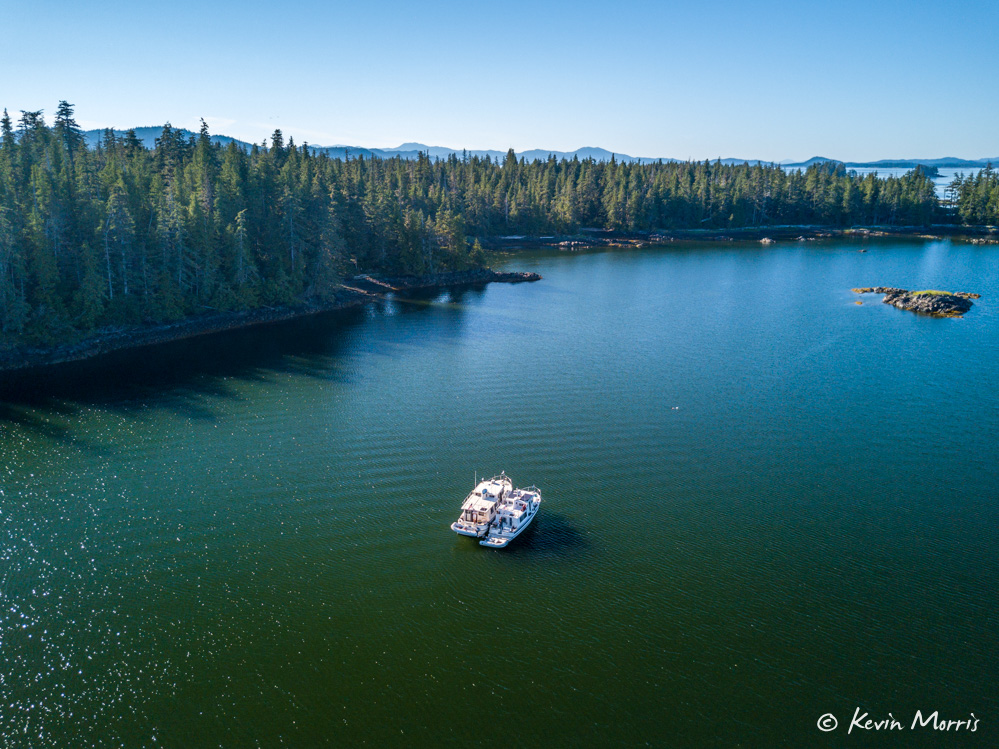 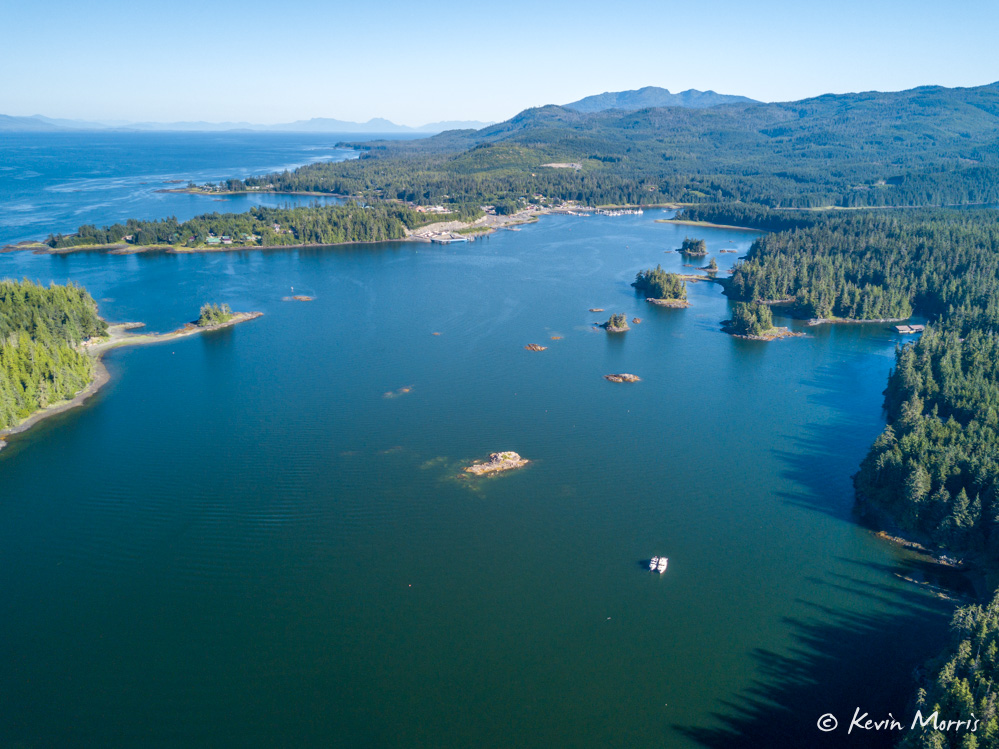 We took a dinghy into town and walked around a bit. A liquor store and bar is just up the ramp from the docks. The small market and convenience store is a few steps further. The store stocks a bunch of canned stuff, household goods and toiletries, snack stuff, plus milk, eggs, and cheese, and a good selection of Tillamook ice cream! The adjacent section of the store has a little bit of everything: fishing and tackle items, locally made artwork, and a few books on how to cook Alaskan salmon and halibut.

There’s a small take-out style cafe nearby with burgers, sandwiches, and fish and chips. We weren’t hungry, but we hear their food is all fresh and homemade, so next time perhaps we’ll give it a try.

The gal in the market recommended we walk up and take a look at the greenhouse on the hill, adjacent to the school. 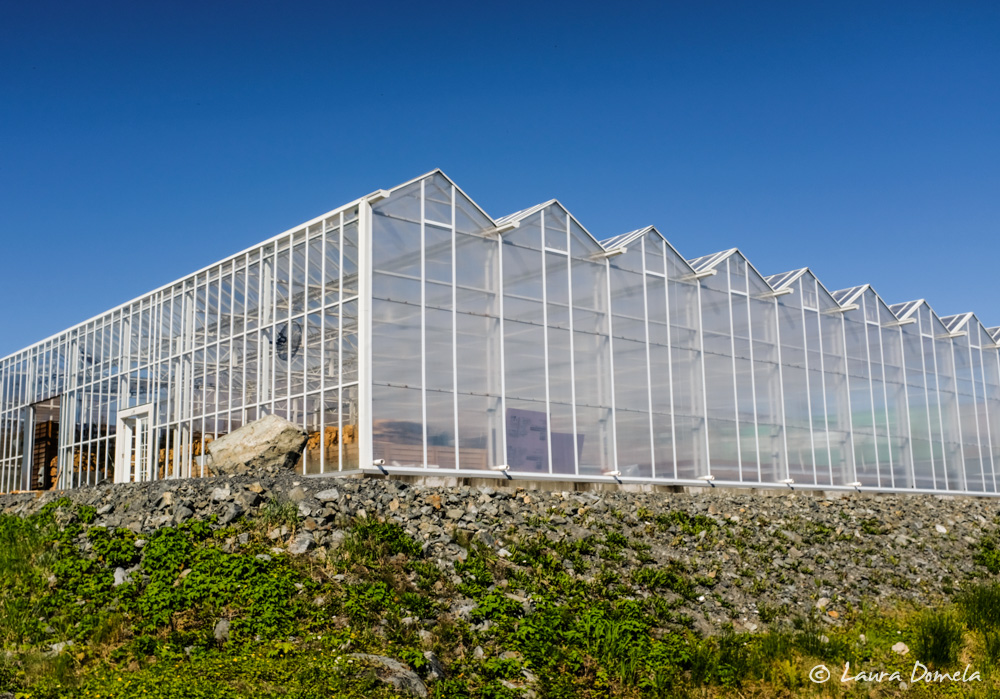 The Coffman Cove School (with 20 students!) is part of the Southeast Island School District, which also includes schools in Thorne Bay, Kasaan, and other communities on Prince of Wales Island. Given the remote location of these communities, getting fresh produce is difficult and expensive. This greenhouse is a part of a program where students learn how to hydroponically grow vegetables as a work/study project. We met Cody (the one in charge of the program), who gave us the rundown. They just brought in some fish (koi, rather than regular goldfish) and they’re working now to get the pH levels and temps perfect for the fish. Eventually, the fish will help fertilize the plants. 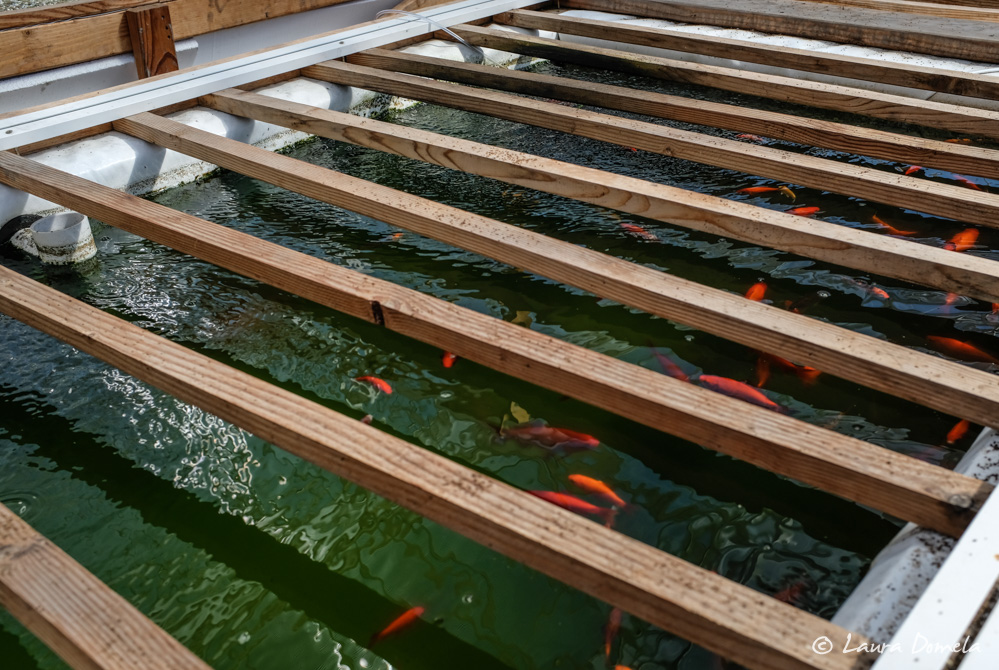 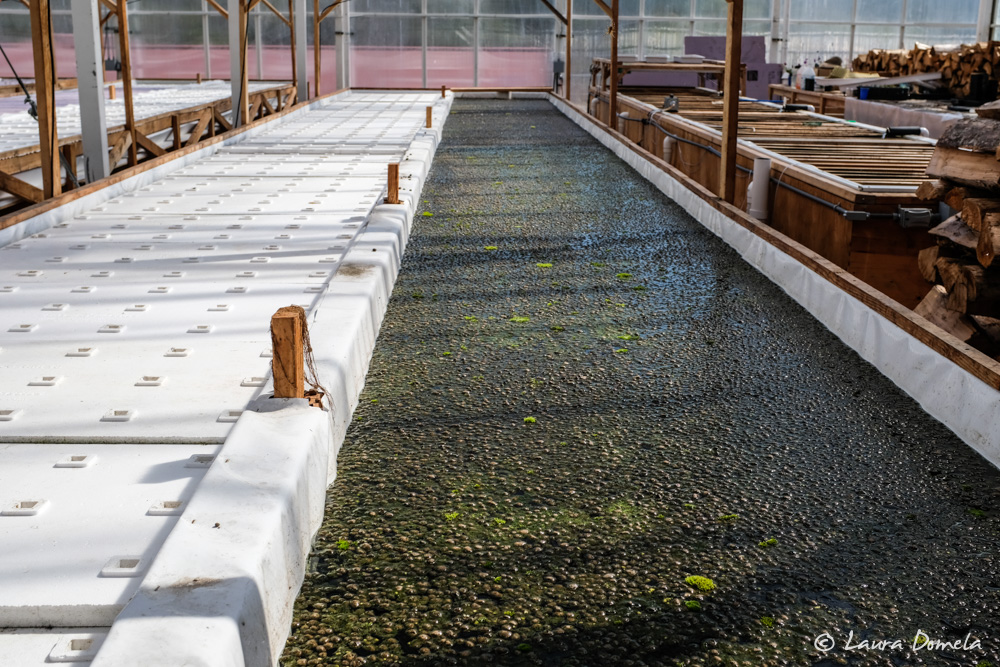 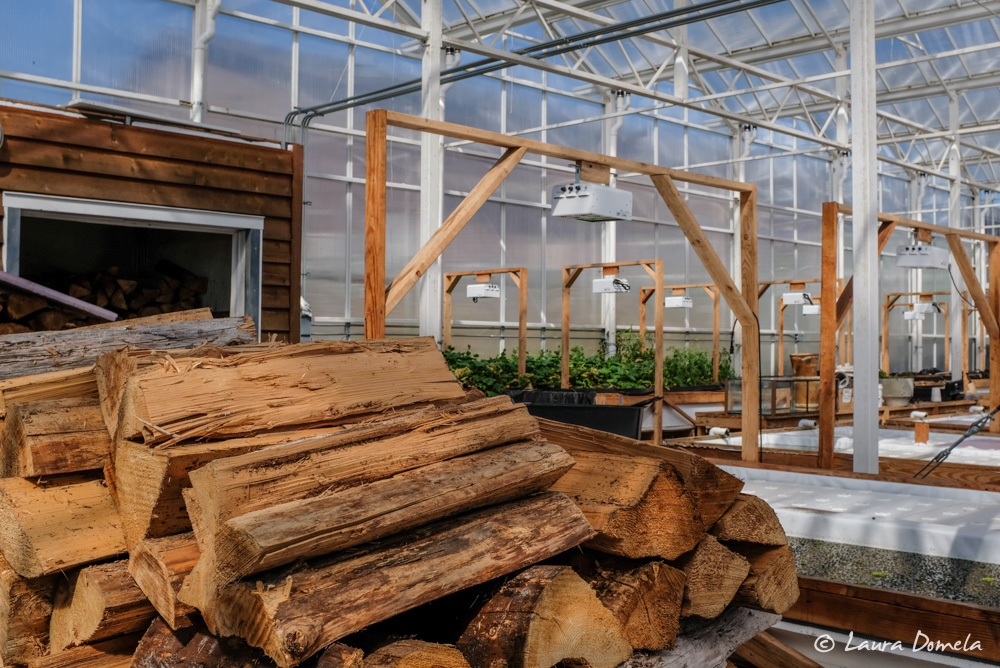 During cold spells, a wood-fired boiler keeps the water at the proper temps, and Cody said they plan to grow all sorts of things this coming school year. If successful, they’ll have a farmer’s market for the community, as well as sell fresh produce in the local market. Pretty neat!

Next, we stopped at the public library and got a thorough tour from the librarian (who hates when people just sit outside for the internet and don’t come in and see the library!) 🙂 They’ve got a huge selection of Alaska-related books, as well as a large fiction section, cookbooks, books for kids and teens, etc. (and internet, but it was not working right now, which seems to be the theme of the past few places we’ve stopped). 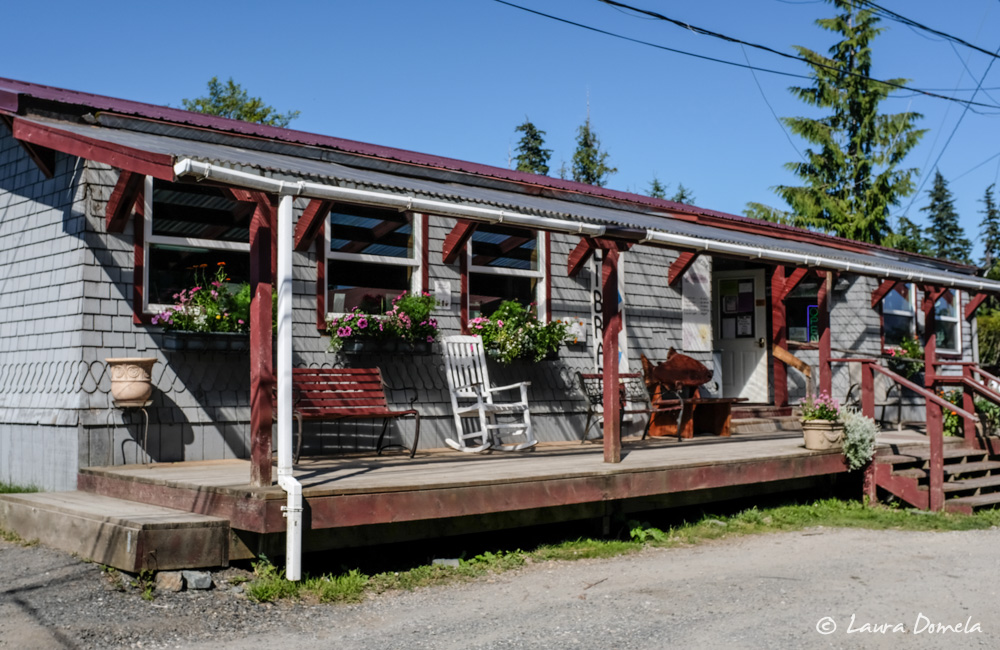 We went back to the market and picked up some milk, a Spanish rice mix for taco night tonight, and some Old Bay (how is it that we haven’t had any Old Bay on board until now?)

Next stop (and our last stop on Prince of Wales Island) is Thorne Bay!