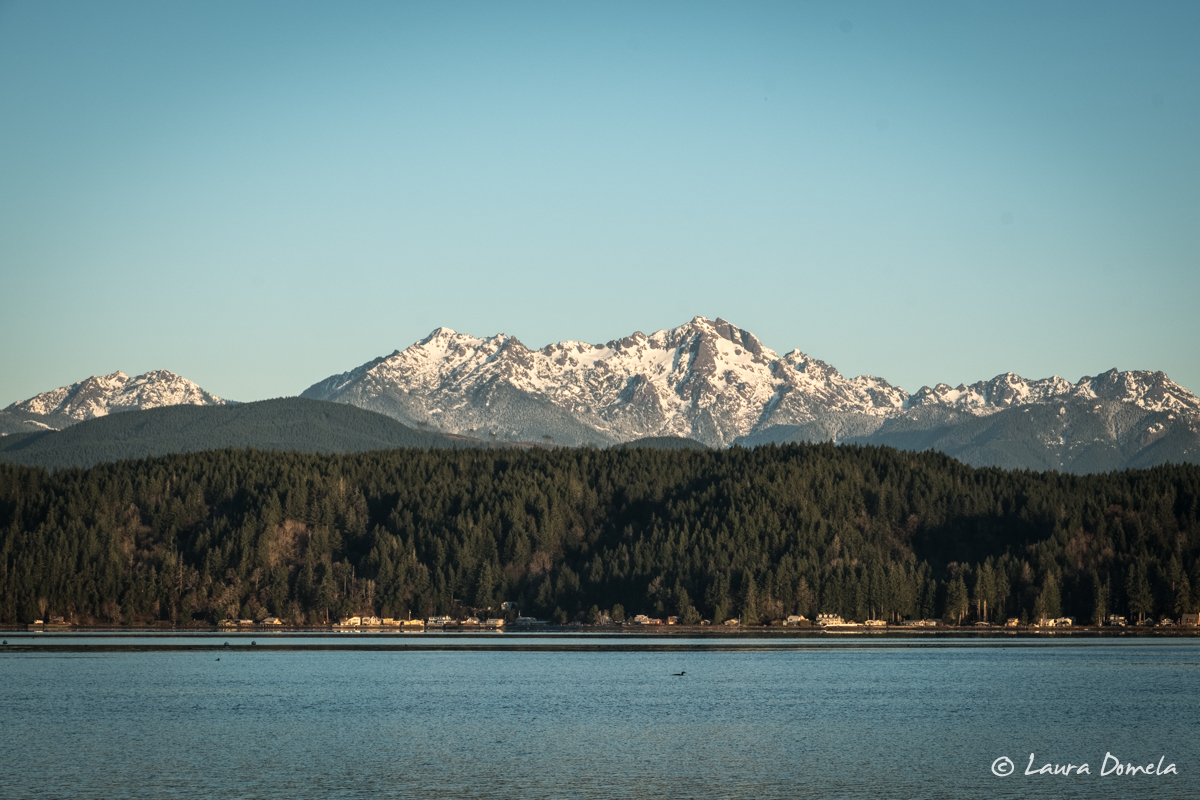 We’ve cruised Hood Canal in Airship before, and although it’s a long body of water with not many of what we’d call “destination anchorages”, there’s still quite a bit to see and do, especially when the weather is nice.

We left Pleasant Harbor on Friday morning and cruised the 21nm or so down to the “Great Bend” and found space on the dock at the Hood Canal Marina (same ownership as the Alderbrook Resort and Spa). Alderbrook had an event scheduled for Saturday morning (a “Polar Plunge” fundraiser where people jump off the dock into the freezing cold water for charity) and we figured we’d stay out of the way (and out of the cold water!) and wait until Saturday afternoon to move over there.

The Hood Canal Marina is a small, renovated marina that has fuel (gas and diesel), water, electricity, and a view of the Olympic range when it’s clear. There is a marina store and gift shop just up the ramp, and a larger market and a Mexican restaurant (2 Margaritas) just a stone’s throw further. (We only had 1 margarita at 2 Margaritas, but it was a good one. Also, they bring a delicious “mushroom ceviche” to the table with the salsa and chips…never had anything like it, but will be making at at home at some point: diced mushrooms, lime juice, green peppers or jalapeños, cilantro, and red onion, made in the style of ceviche.

We scheduled a breakfast cruise with our friend Kathy for Saturday morning at 8am. It was foggy but beautiful out as we headed out in Airship toward the east end of the canal. 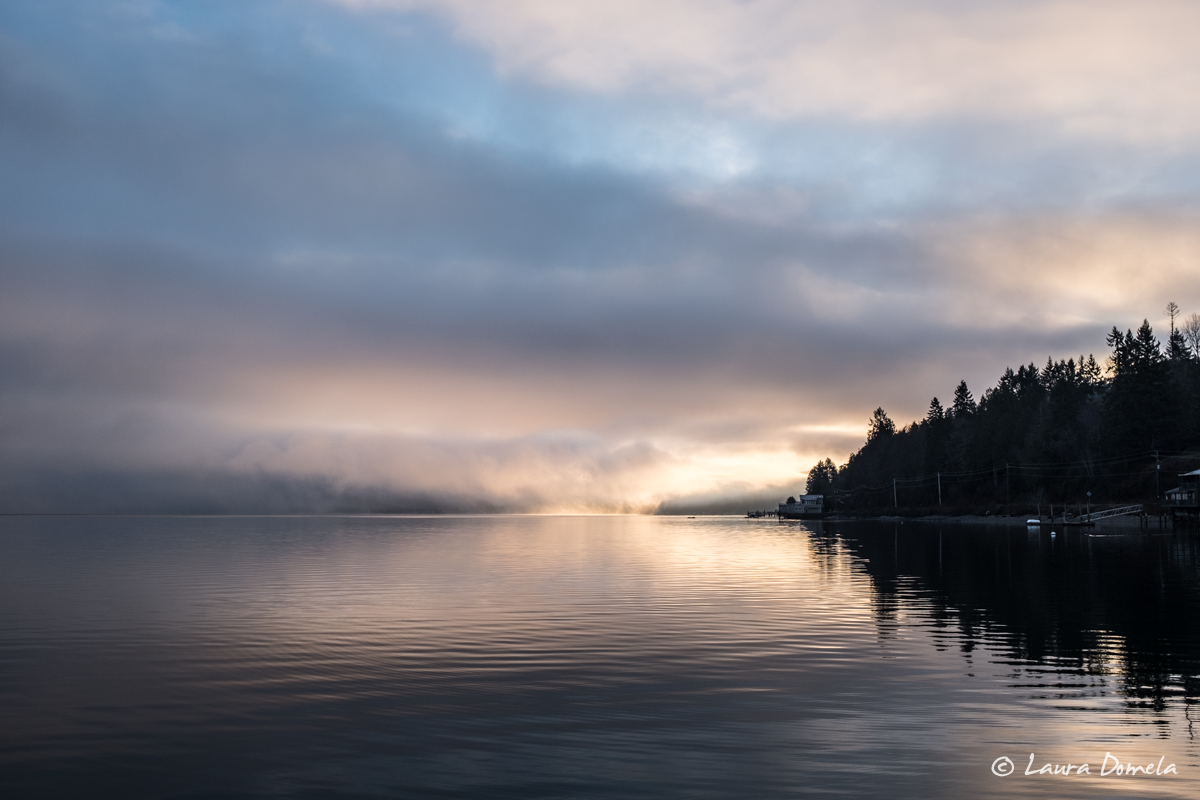 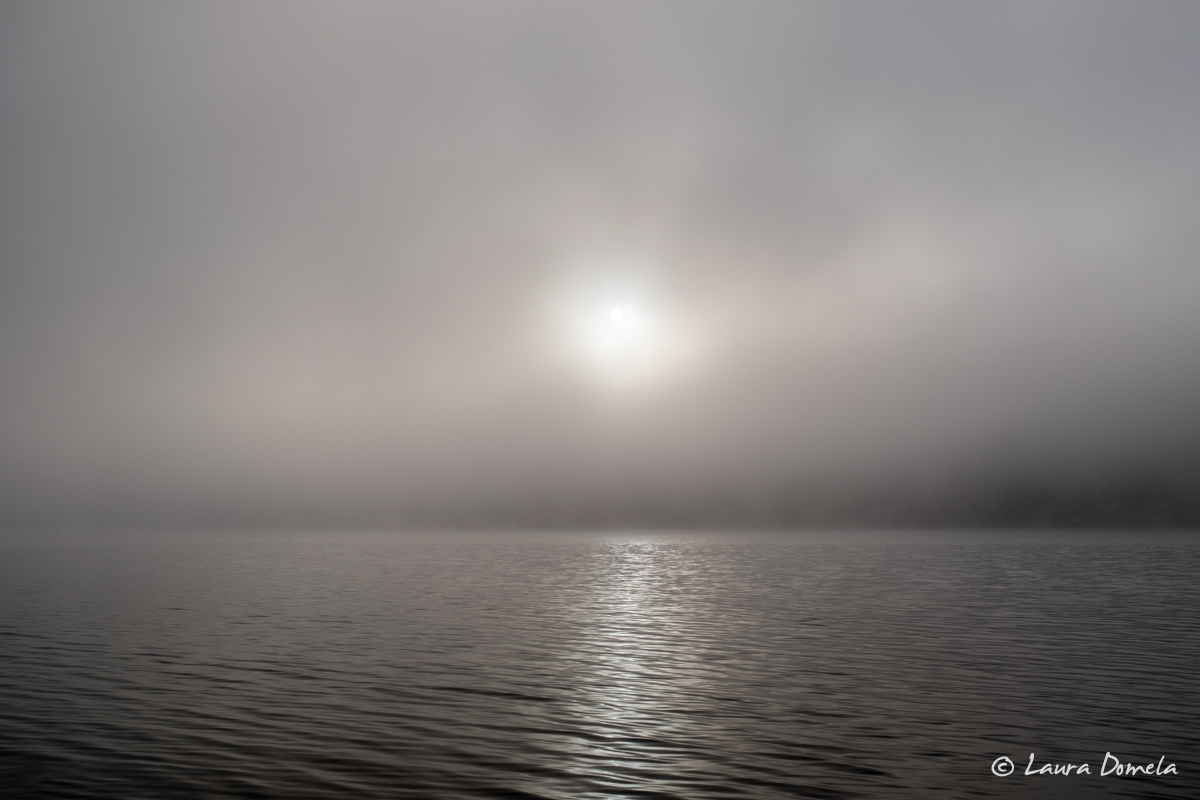 The fog thickened a bit during our cruise, but by the time we anchored out from Allyn, most of it had cleared and we had breakfast on the hook with a gorgeous view.

Kevin took the drone up just for fun, though our anchorage was not all that scenic from the air since we were a ways from land. 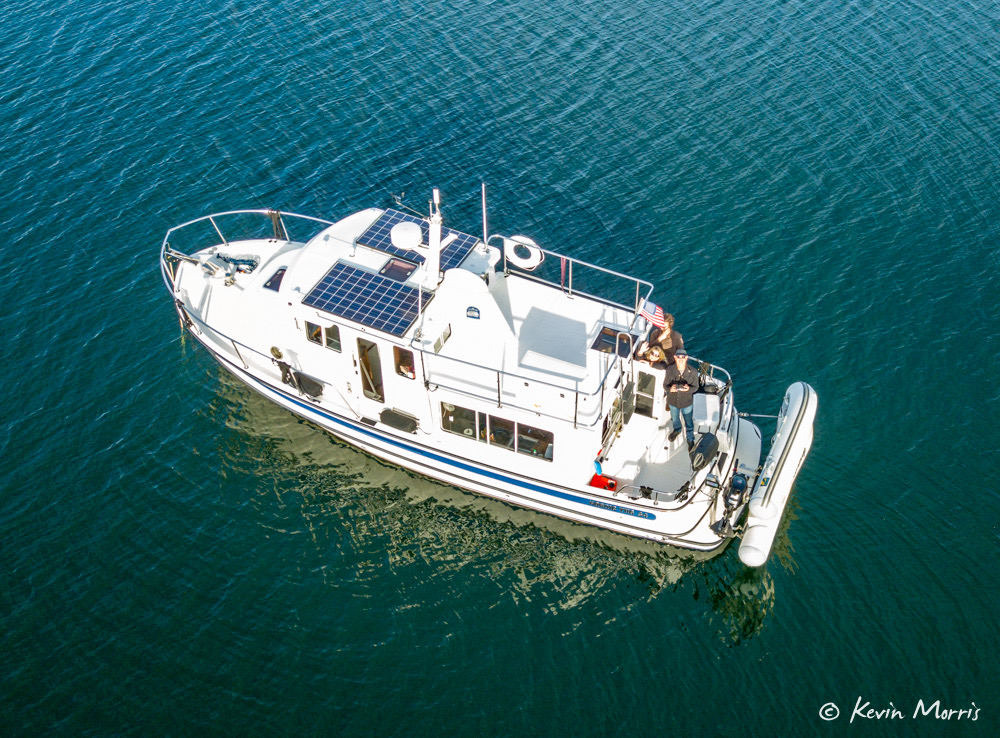 We hung out at anchor a bit, then had a leisurely cruise back to Hood Canal Marina. Next on the schedule: Hama Hama Oysters. Here’s where it’s nice to have a friend with a car! On our previous visit to Hood Canal, we were super excited about the possibility of stopping at Hama Hama to get oysters, but it turns out there’s no way to get to shore anywhere near there. I even called them to ask if there was a local secret to getting there from our boat or a dinghy, but alas, the answer was no. Word is that they’re thinking about this for the future, but who knows. I suppose if conditions were calm we could dinghy there from Hood Canal Marina, but it’s about 12nm! (The public dock at Hoodsport would be closer, but that dock is pretty small, and the last time we were there we didn’t even feel comfortable leaving Airship alone while we ran across the street to the IGA!) 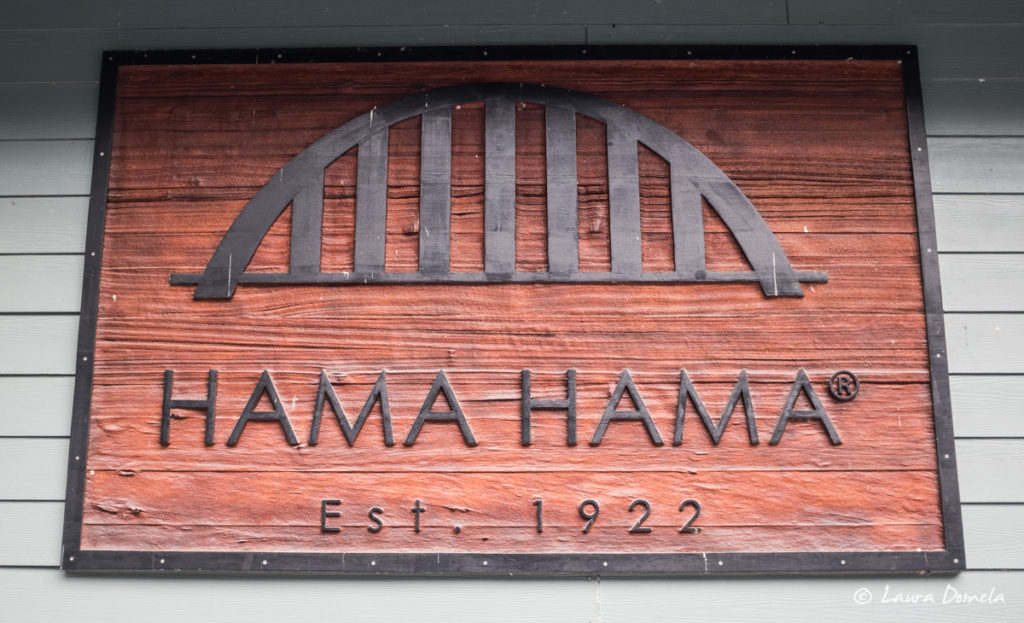 After a late lunch of oysters, Kathy dropped us off at Airship and we made a plan to meet in the lounge at Alderbrook for a drink before dinner. We cruised Airship over to the dock at Alderbrook (about 1nm) later that afternoon.

Alderbrook has 1500 lineal feet for guest moorage, 30 and 50 amp electrical, a pump out facility, and the cost of moorage gets you access to all the resort amenities (spa, fitness room, pool, robes if you want ’em, outdoor fire pits, etc.) We paid $1.25/ft (off season rate) for two nights with this view: 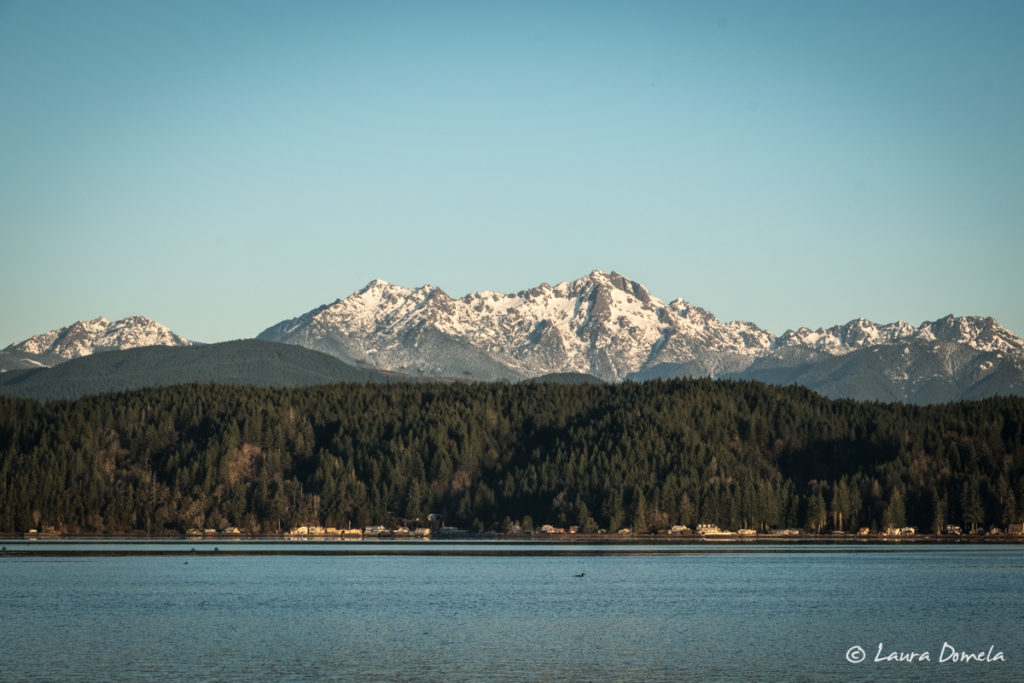 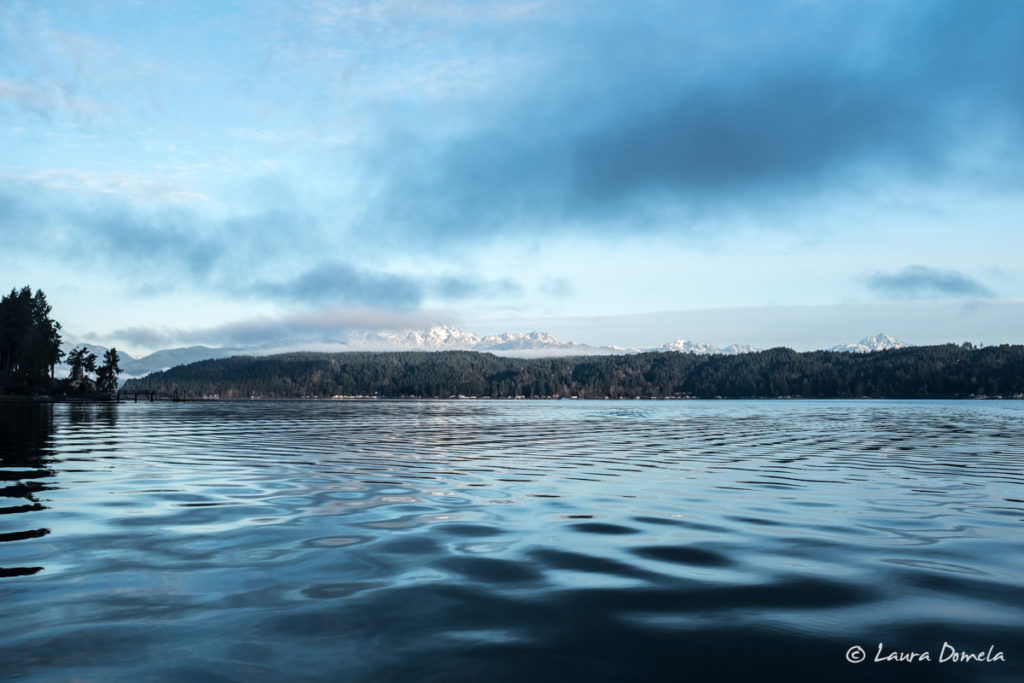 Later, after a cocktail in the lounge at Alderbrook, Kathy took us to dinner at the Robin Hood restaurant and pub. This place is just down the road from Alderbrook…it was built in the 1930’s by the set designer of the original Robin Hood movie and definitely is worth checking out. The signage out front reads “Arrive a Traveler, Leave a Legend” but I think we left the same as we arrived…travelers. 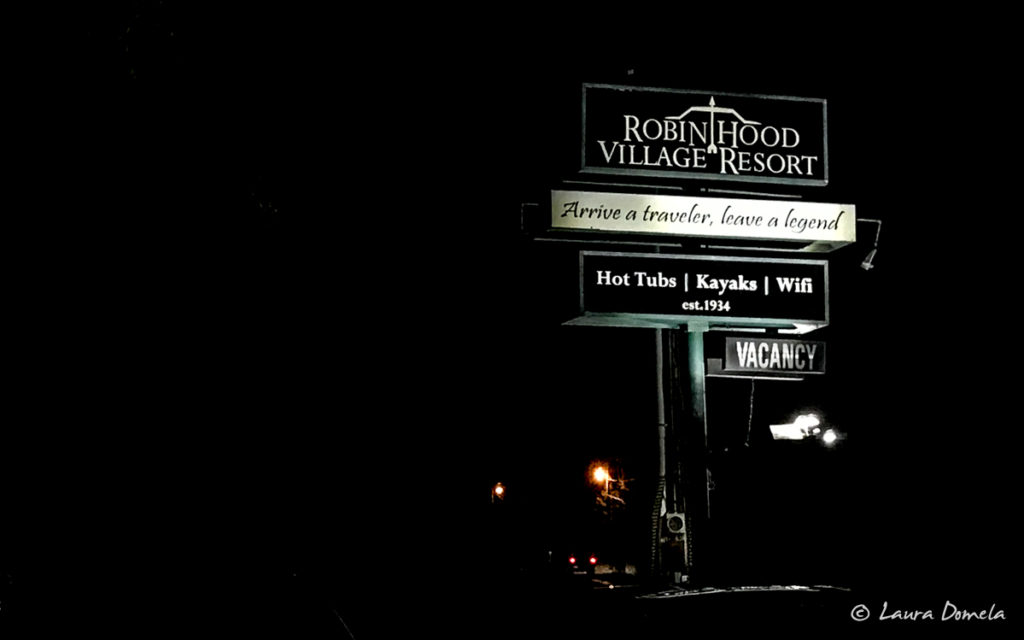 On Sunday the weather was again clear and beautiful, so we started the day off with a hike around the Alderbrook trails. 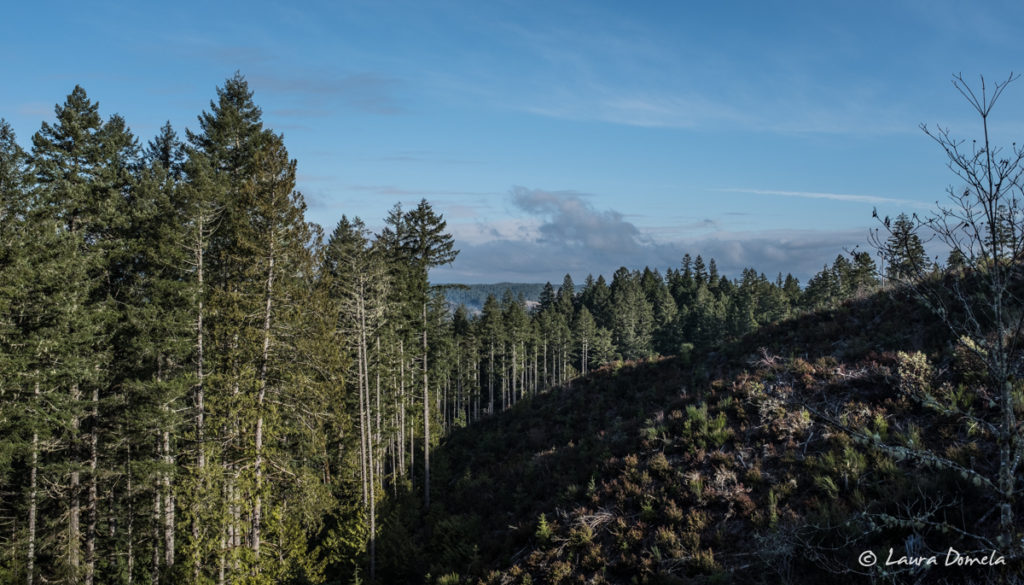 Sunday was packed with eating and exploring! We followed our morning hike with a delicious brunch at Kathy’s house (with one of the best spicy Bloody Marys I’ve had yet…we went light on the vodka), and then some down time visiting, with a little work mixed in. 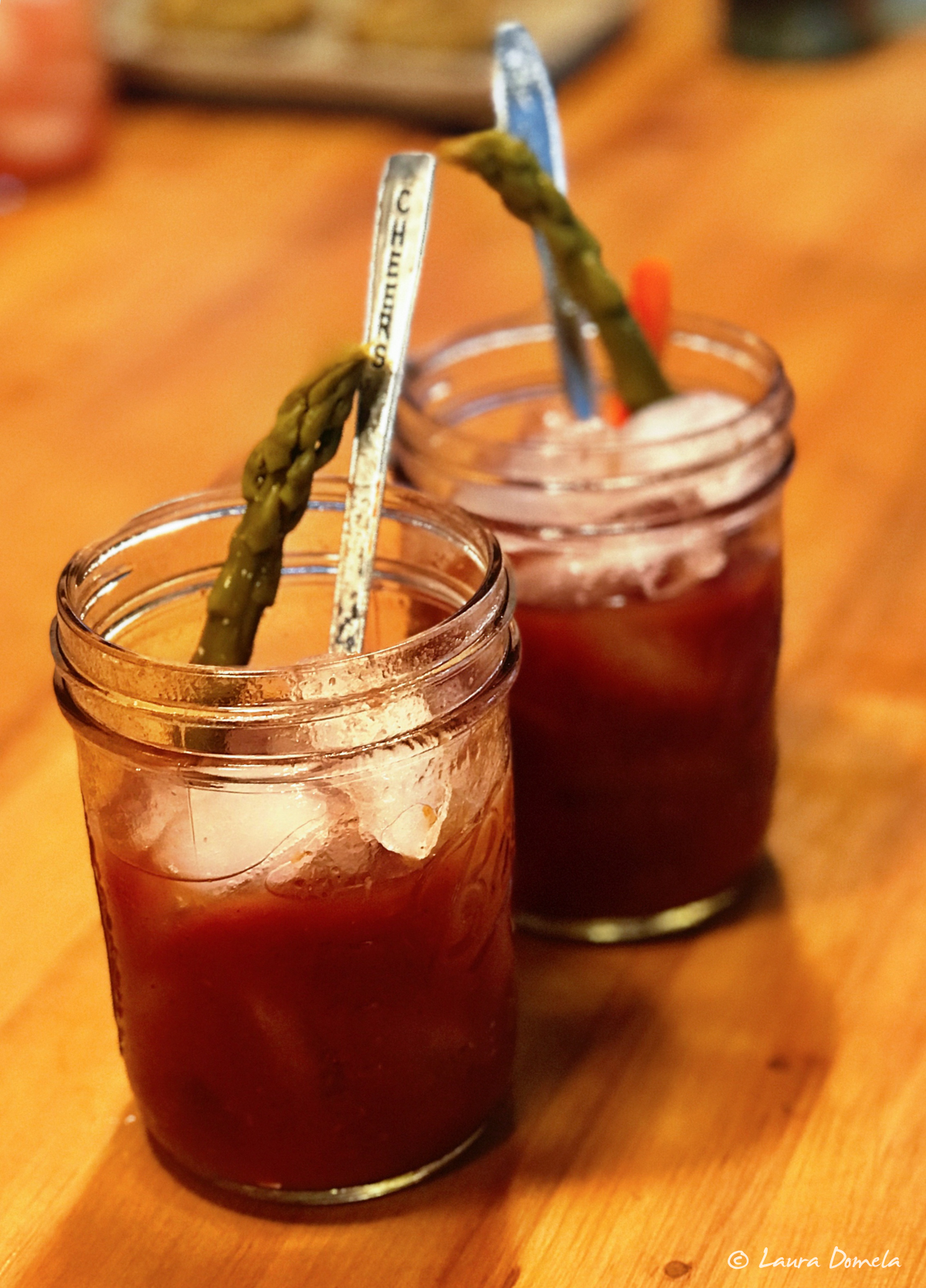 In the afternoon we ventured out to find the High Steel Bridge. After quite a few logging roads (both dirt and paved), we found it!

The High Steel Bridge was built in 1929, and crosses 420 feet over the South Fork of the Skokomish River. The bridge was built with 750 tons of steel, and spans 685 feet across the deep chasm. It was originally built as a single track railroad, but the railroad tracks were removed from the bridge in 1950 and the bridge was converted to vehicular use in 1964, reflecting the shift in timber transportation from railroads to the more cost-effective use of trucks and roads. 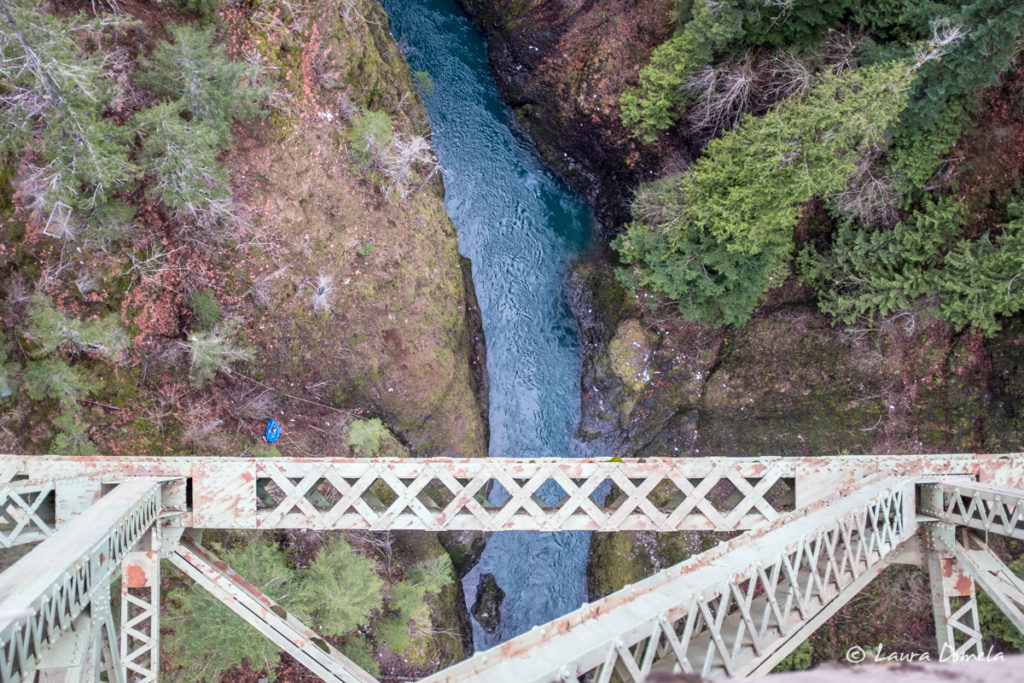 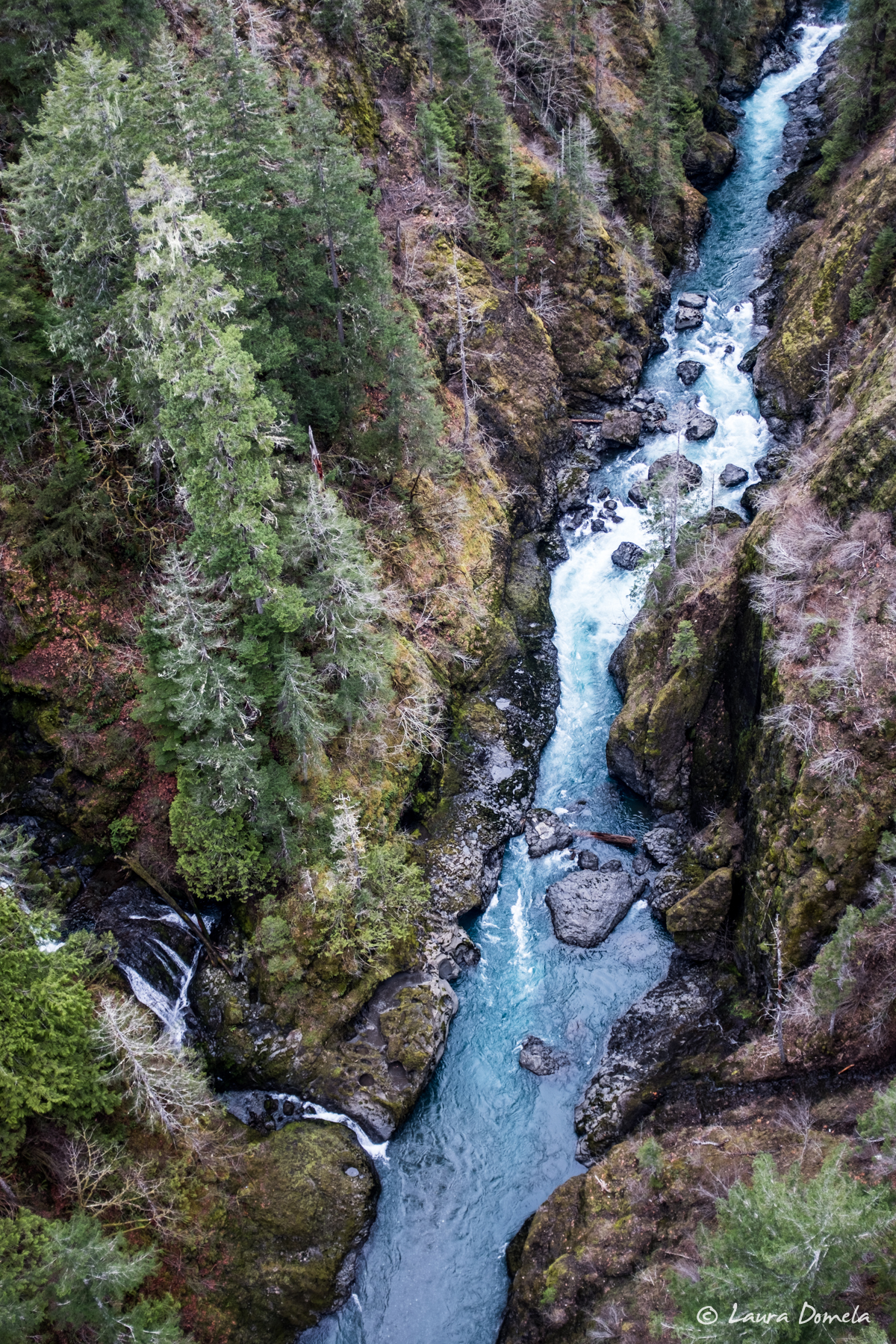 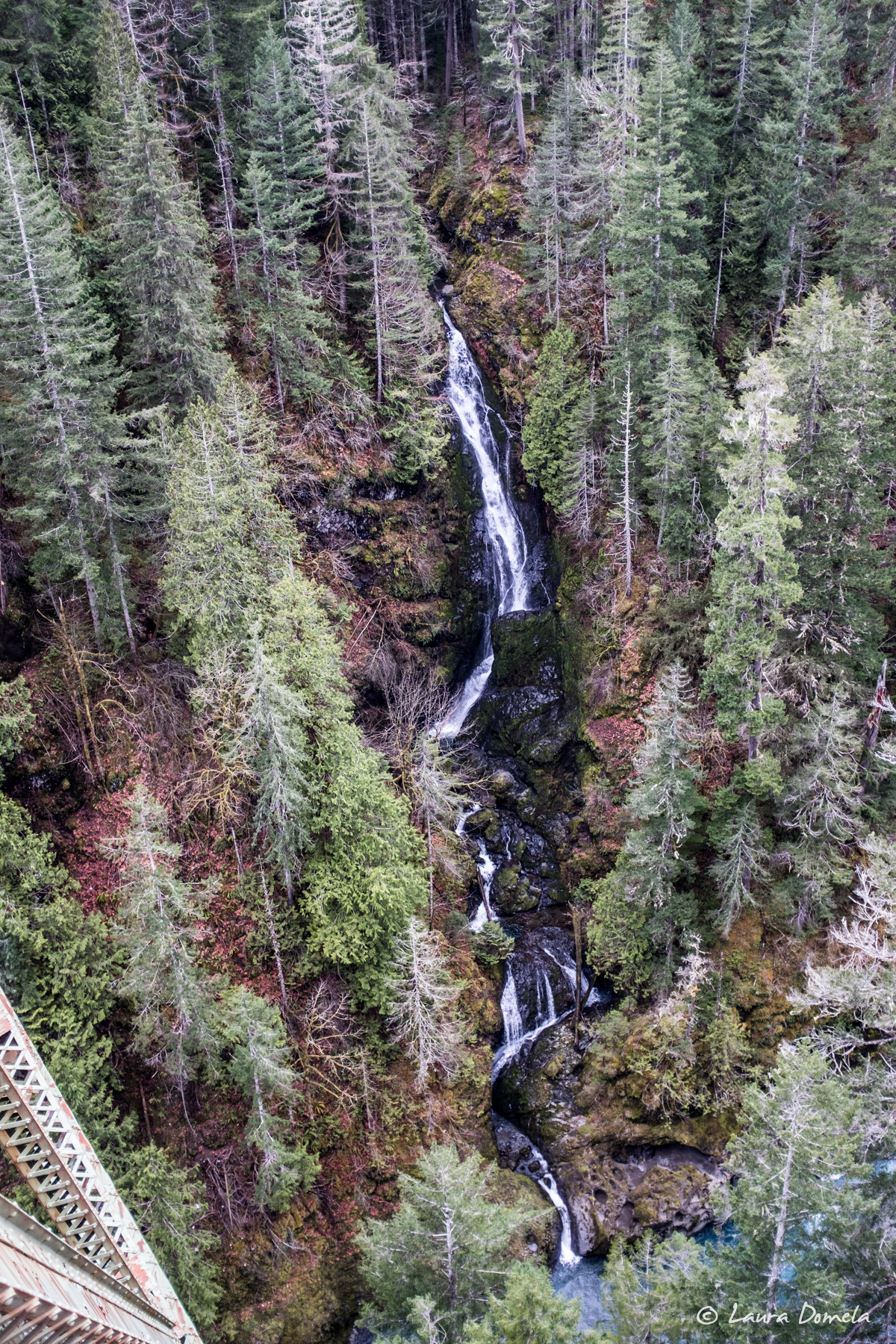 We met a couple of local kids who were doing some of the prohibited scrambling down the side of the hill, and who later let us watch them throw small logs and branches off the bridge and into the river.

After our fun at the bridge, we ventured over to Taylor Shellfish Farms in Shelton to pick up dinner for the next day (a couple dozen Shigokus) and then stopped at Bob’s Tavern for what we were told was going to be some of the best friend chicken EVER. 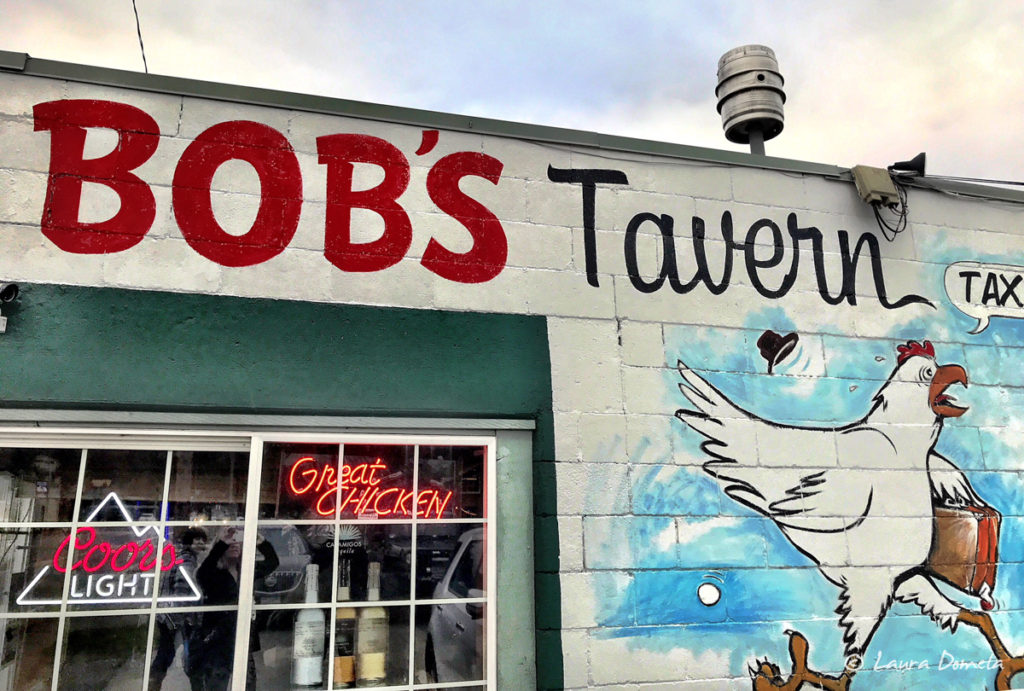 Turns out, this is some seriously good fried chicken (and JoJos!). The pub has quite a few tables (and pool tables) inside, a bar, and an outside seating area for when the weather is nice. This is the kind of place where the barstools might possibly be reserved for locals, but everyone was super nice and friendly, and OMG the chicken! We’ll definitely go back if we’re in the area.

We left Alderbrook at around 8am on Monday morning for a long cruise out of the canal and up to Port Townsend. There was frost on the dock (and on Airship!) and the neighboring rooftops were dusted in white as well. 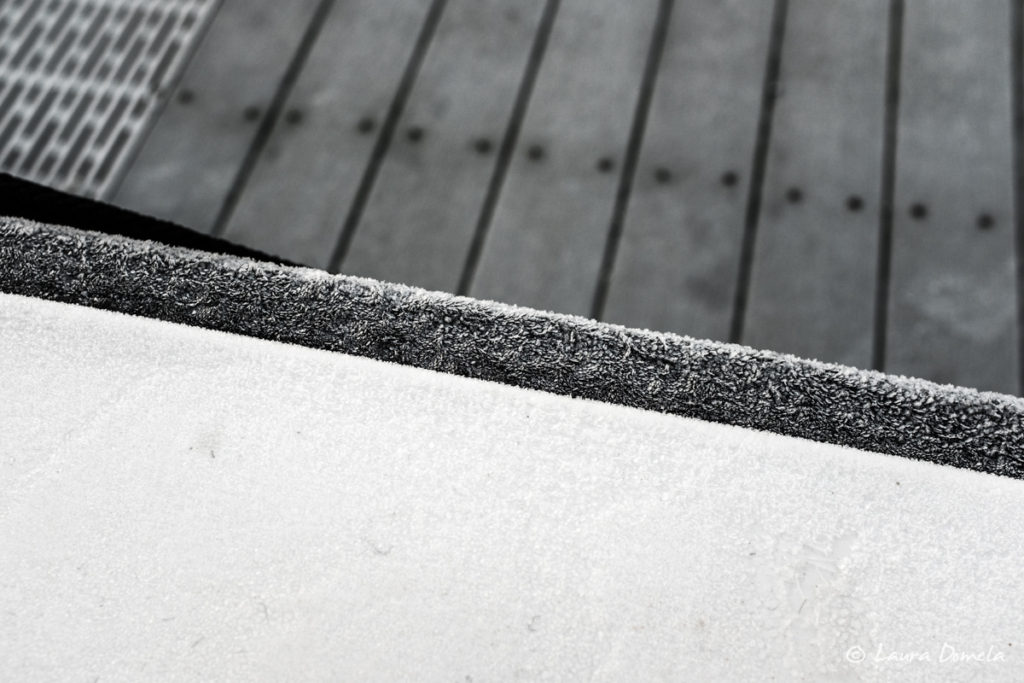 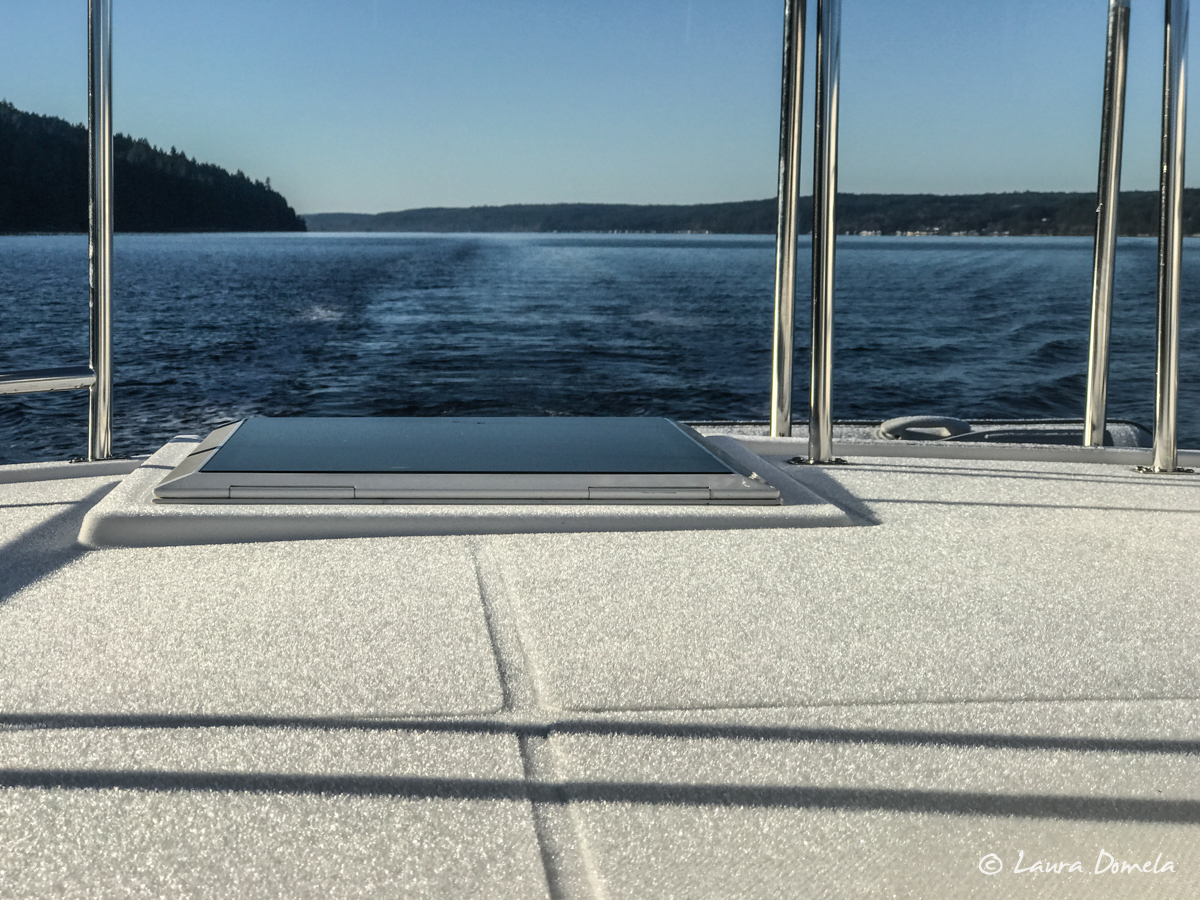 Going all the way to Port Townsend from Alderbrook was a long day (~58nm in about 8 hours) but the weather was perfect and our views of the mountains were crisp and clear. 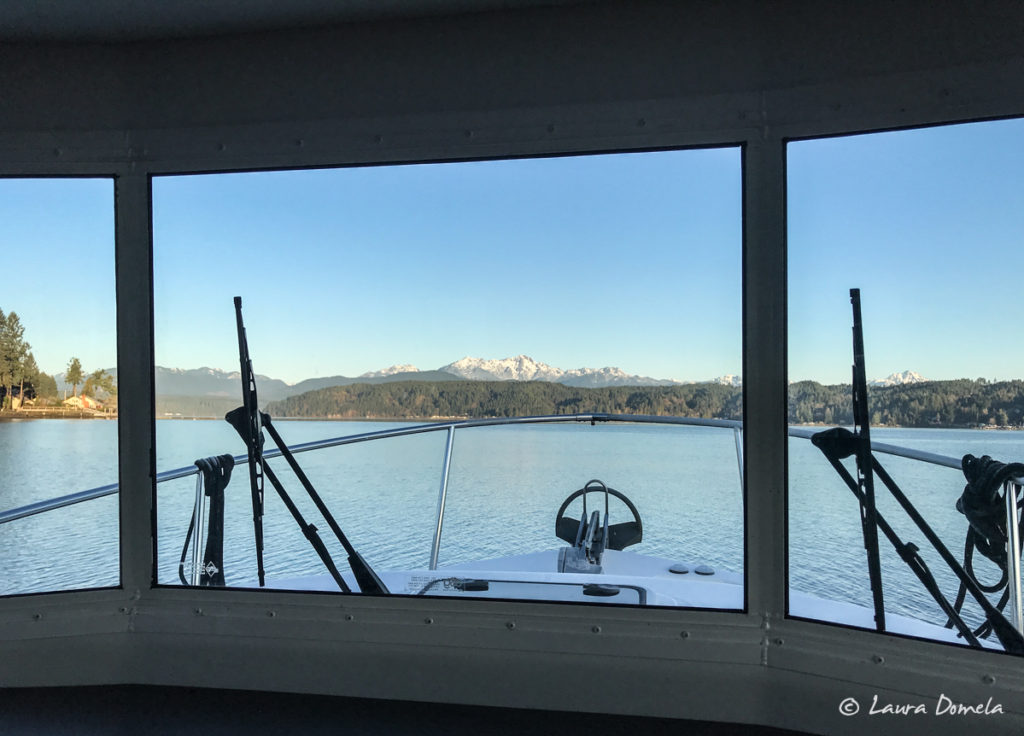 All in all we had a wonderful time in the canal!