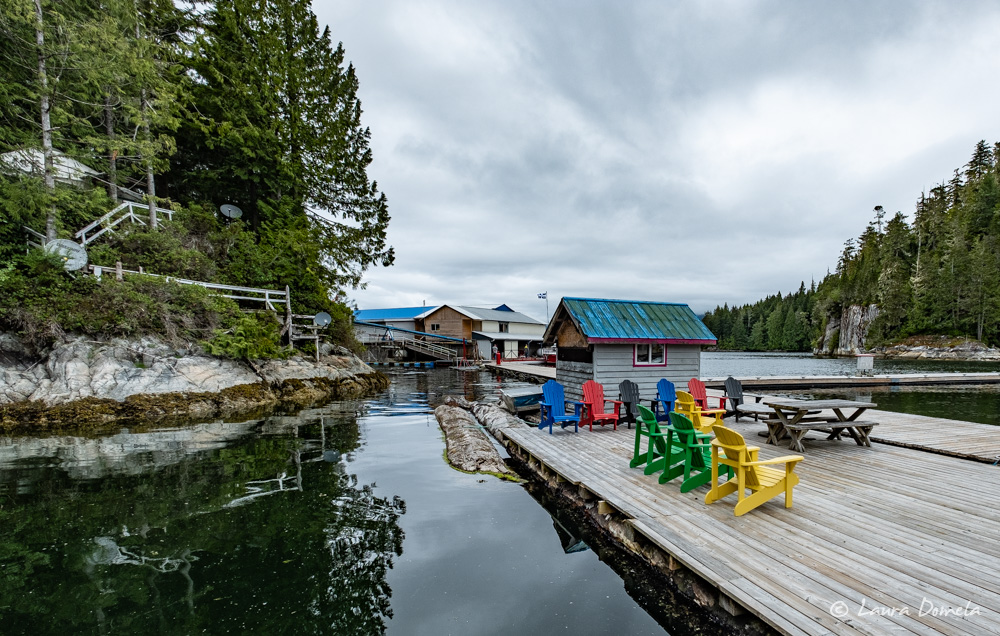 Our cruise from Port Harvey to Pierre’s Echo Bay (33nm) was easy and calm. We planned to head west in Knight Inlet and then around the west side of Gilford Island, but the morning weather reports gave us some pause. The northwesterly hadn’t died down in Johnstone Strait during the night. With a 20 knot northwesterly, we worried Knight Inlet might be uncomfortable. The alternative route, through Tribune Channel, is about eight miles longer but much better sheltered. Before leaving Port Harvey, we walked through both routes with participants and agreed to make a decision when we saw conditions in Knight Inlet.

We left Port Harvey about 8:00 a.m. and made our way through Chatham Channel with a couple knots of current against us. When we popped out into Knight Inlet, the winds were a bit lighter than we expected and the the sea state was much calmer than hoped, so we continued on to Pierre’s the short way.

We arrived early afternoon and settled in. Some of the group walked over to Billy Proctor’s and some hung out on the dock in the colorful and comfy Adirondack chairs.

Kevin took the drone up for some updated aerial shots of Echo Bay after the clouds and fog cleared: 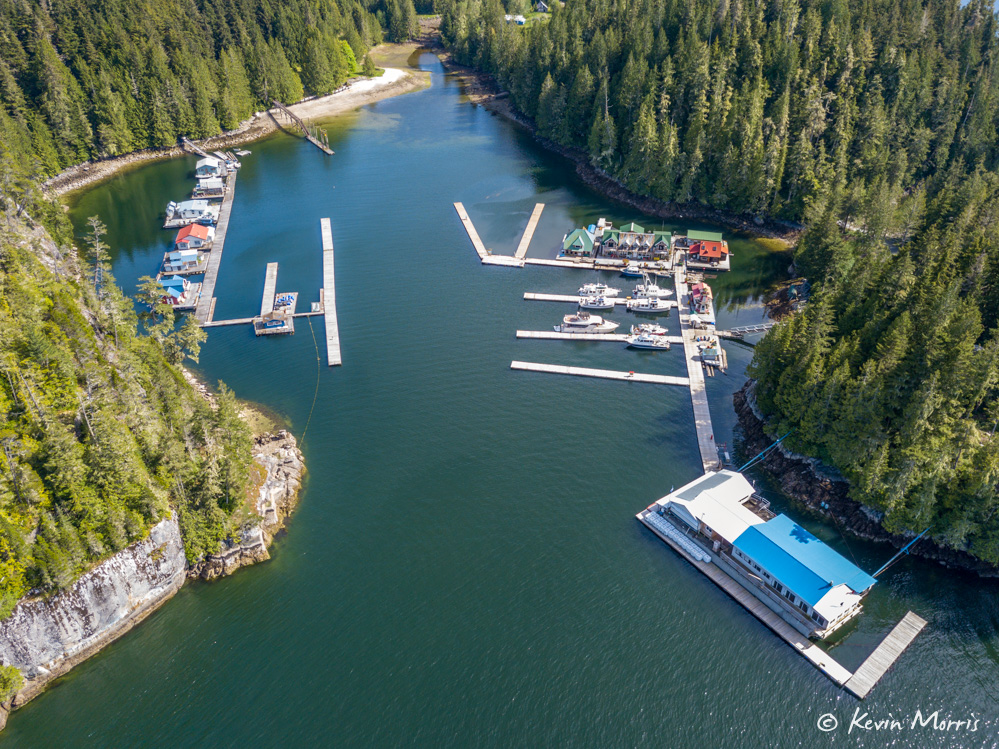 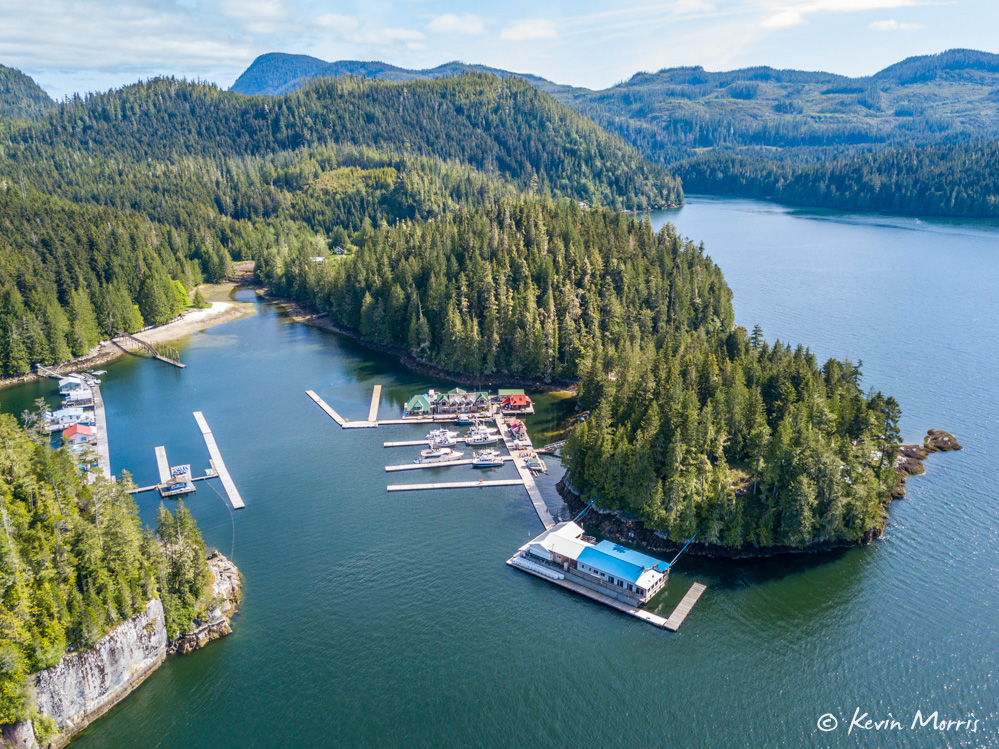 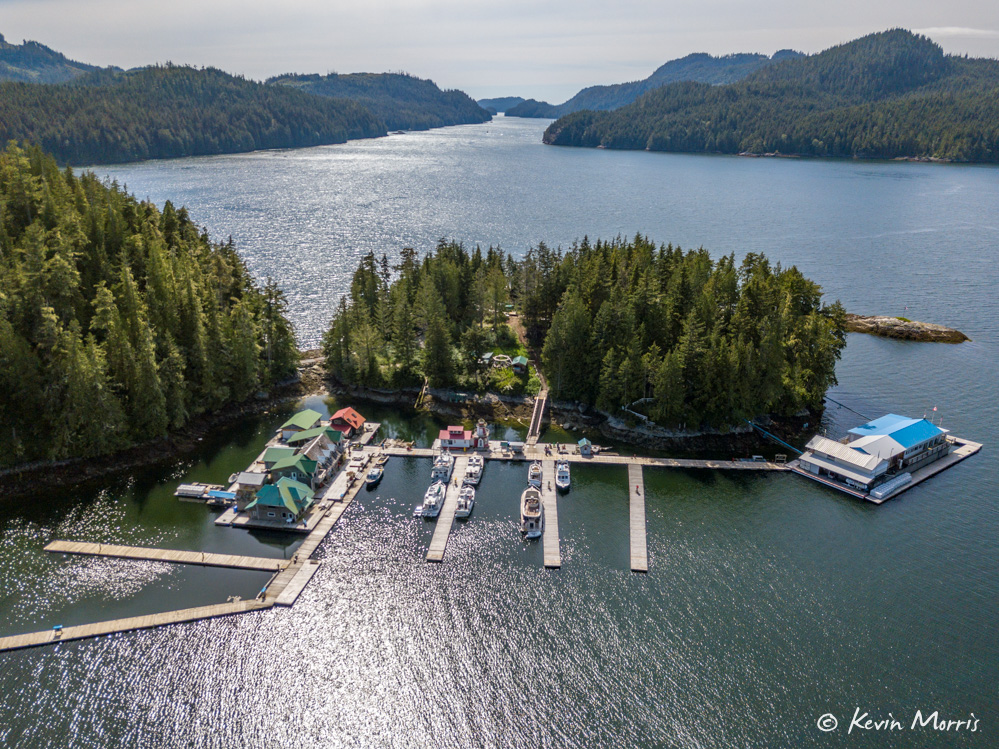 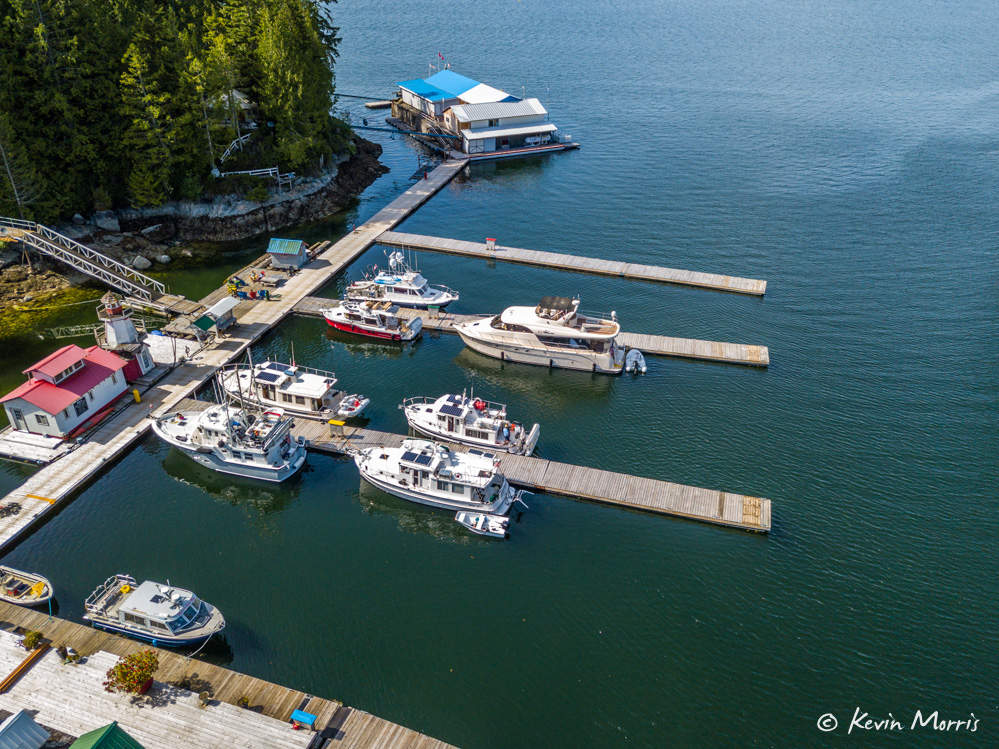 After a little relaxing and socializing we got together with the flotilla and went over our plan for the next two days. (We expect to be heading around Cape Caution on Sunday if conditions are favorable.)

We all gathered at around 6:30 p.m. up in the dining hall for dinner. 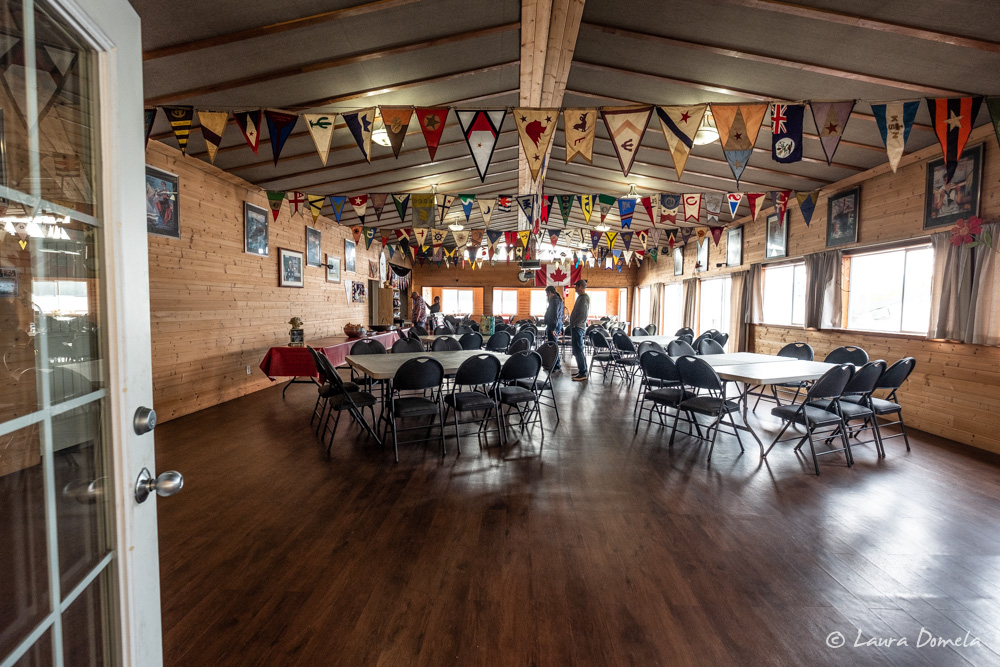 Pierre prepared a big bowl of Dungeness crab and some spot prawn jumbalaya and everyone brought sides to share. 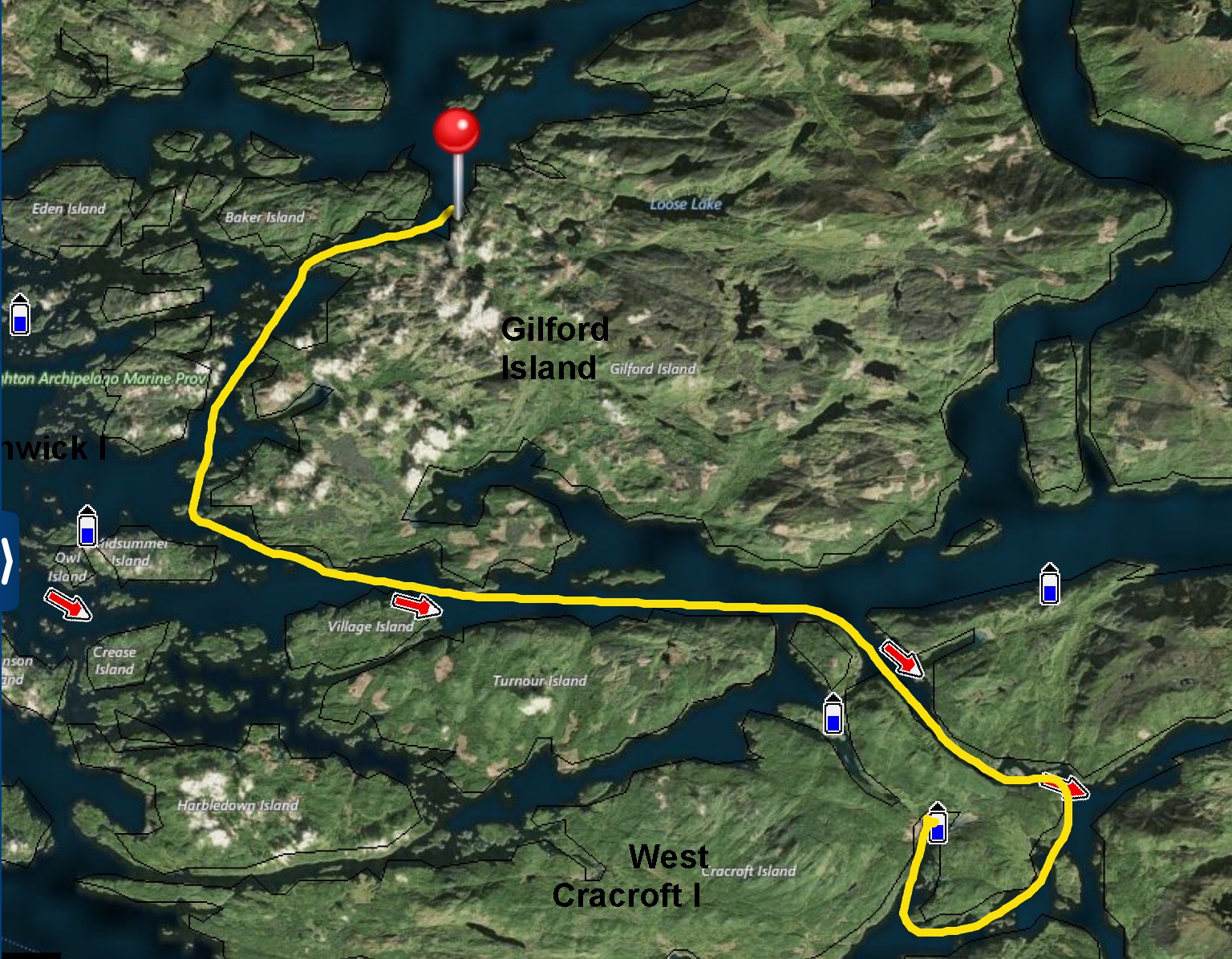 The vinaigrette (sekanjabin) comes from the Milk Street cookbook:

In a small saucepan over medium heat, combine ½ cup of the vinegar, the honey, and salt. Simmer until large bubbles appear and the mixture reduces to about ½ cup, about 7 minutes. Off the heat, add the mint, pushing it into the syrup. Let cool to room temperature. Strain into a bowl, pressing the solids. Stir in the remaining 2 Tbsp of vinegar. Cool. Refrigerate for up to a month.

I made this dressing last week to go with some broiled eggplant, but I made extra because it is so good and I figured it might go well with other things. I had some leftover dressed eggplant, so I just added that to a bowl of fresh sliced cucumber, tomatoes, and some chopped fresh mint and cilantro, to make a whole new salad! The eggplant was like the starter, and It turned out great! I added a little sea salt and fresh ground pepper to the salad to balance out some of the vinegar/tang of the dressing, and it was a big hit.