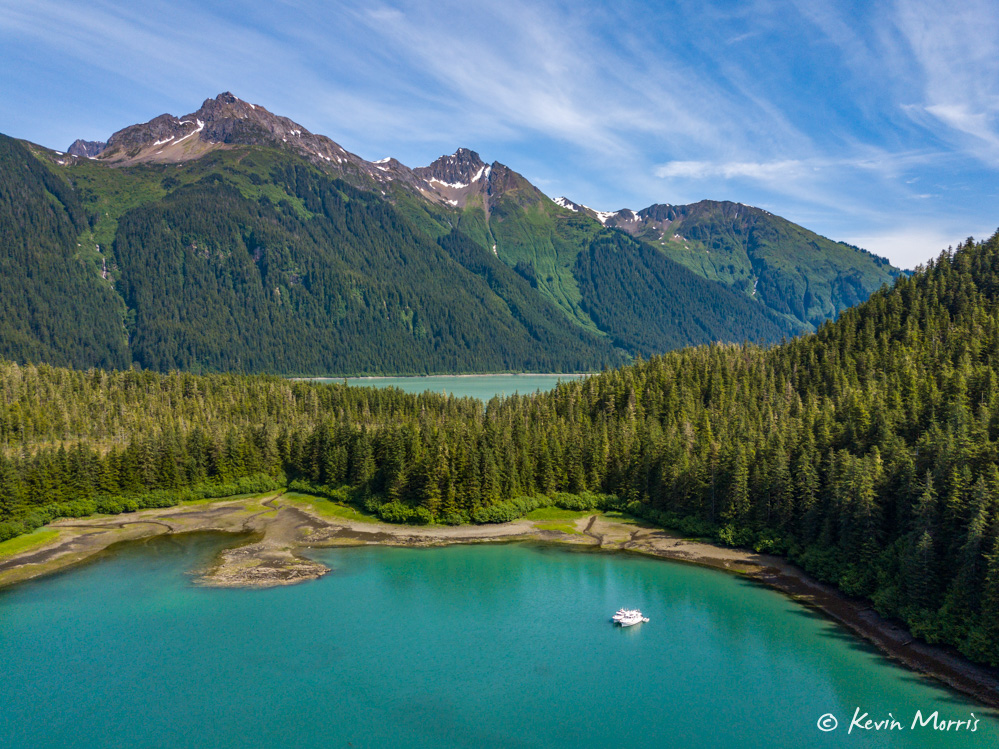 We had just about perfect weather as we left Flynn Cove and cruised across Icy Strait into Excursion Inlet. The wind was about 10 knots out of the west, so we had a 1 foot chop or so on our beam, but nothing to complain about.

We anchored in the west arm at Sawmill Bay, where we’ve anchored a few times previously. We definitely did not remember it being so picturesque though! The last time we were here the weather hindered our view, for sure. Not so, this time! 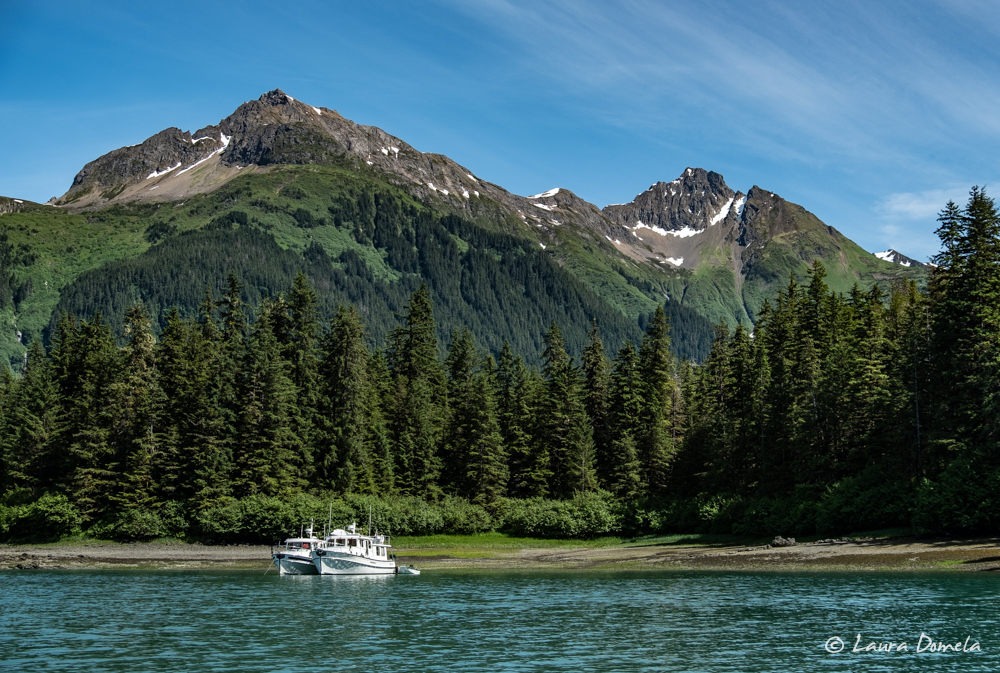 The tide was low when we arrived so all the shoals were visible. We anchored in 75 feet and backed toward shore seeing nothing less than 30 feet. Fortunate rafted and we set out in the dinghies to fish and explore. Kevin and Mij and I went first out to the dock where the little store is. This dock is fine in settled weather but really doesn’t appear to be all that robust, considering some of the sections are tied together with line only. 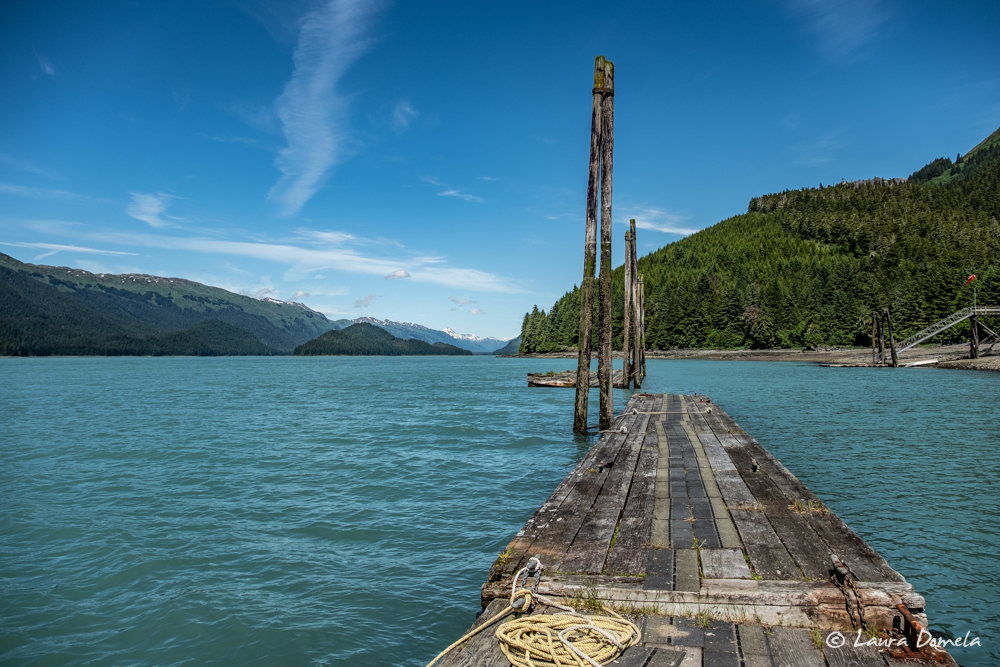 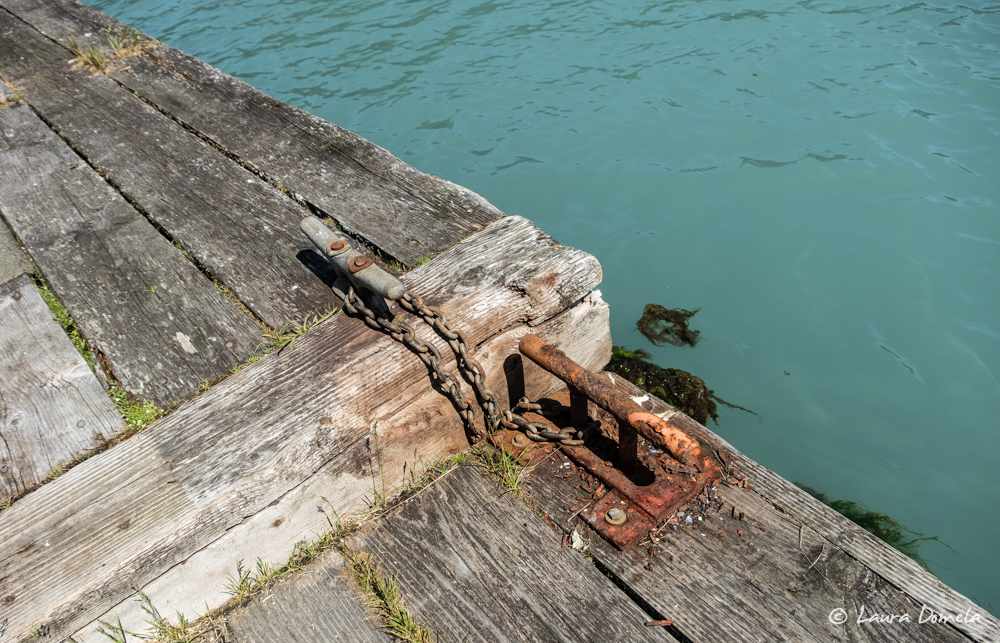 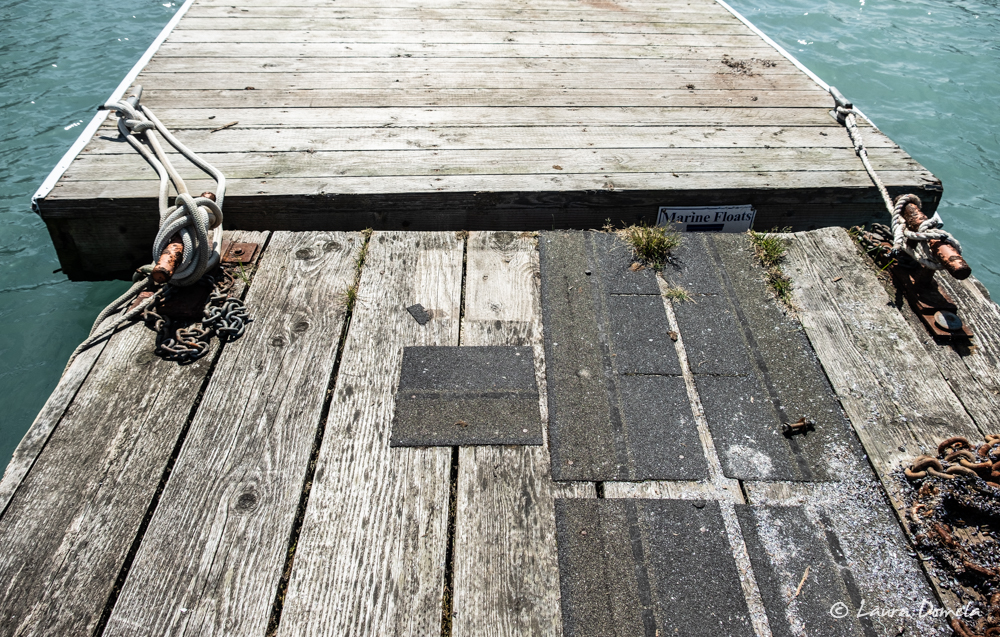 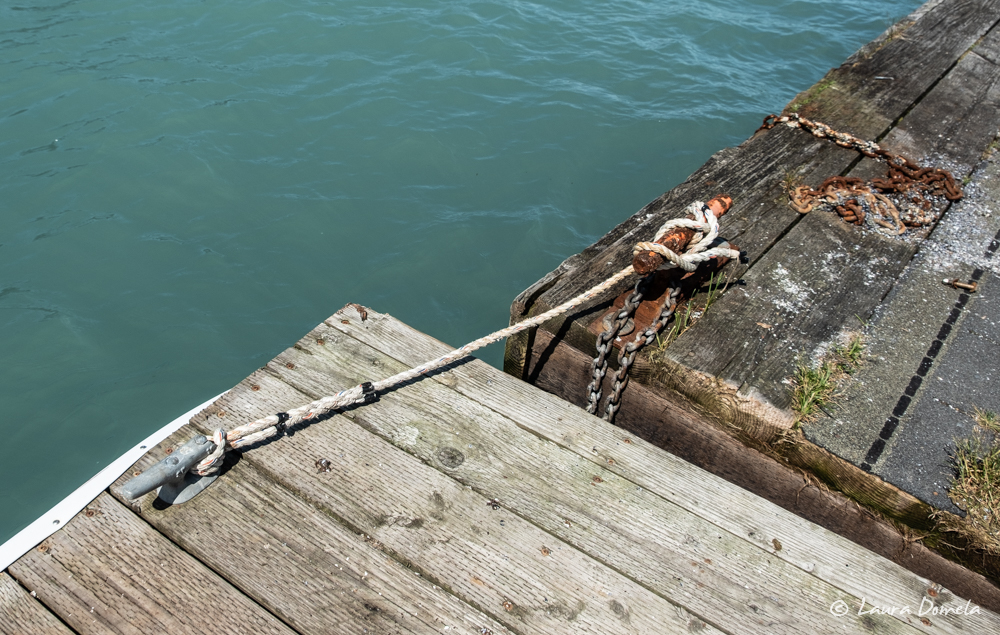 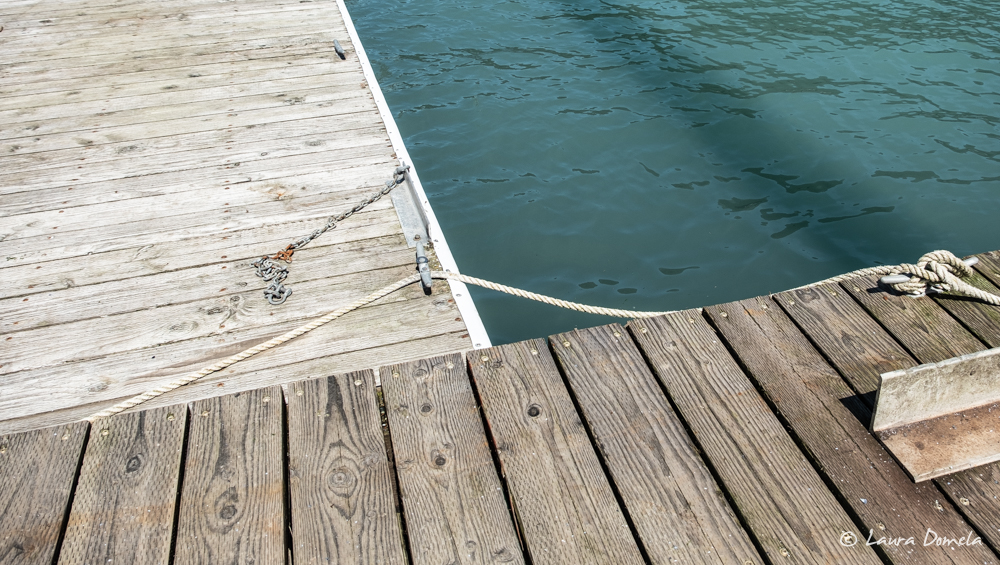 We walked up the very steep ramp (low tide) to visit the remarkably well-stocked store, picked up a few items, then explored the other arm of the inlet by dinghy.

Back at the raft Dan taught Mij how to make sourdough bread, and then Eileen instructed her on more chocolate chip cookies.

Kevin took the drone up for some shots of our anchorage:

The west arm and half of the east arm are technically part of Glacier Bay National Park, but you don’t need a permit to enter this part. 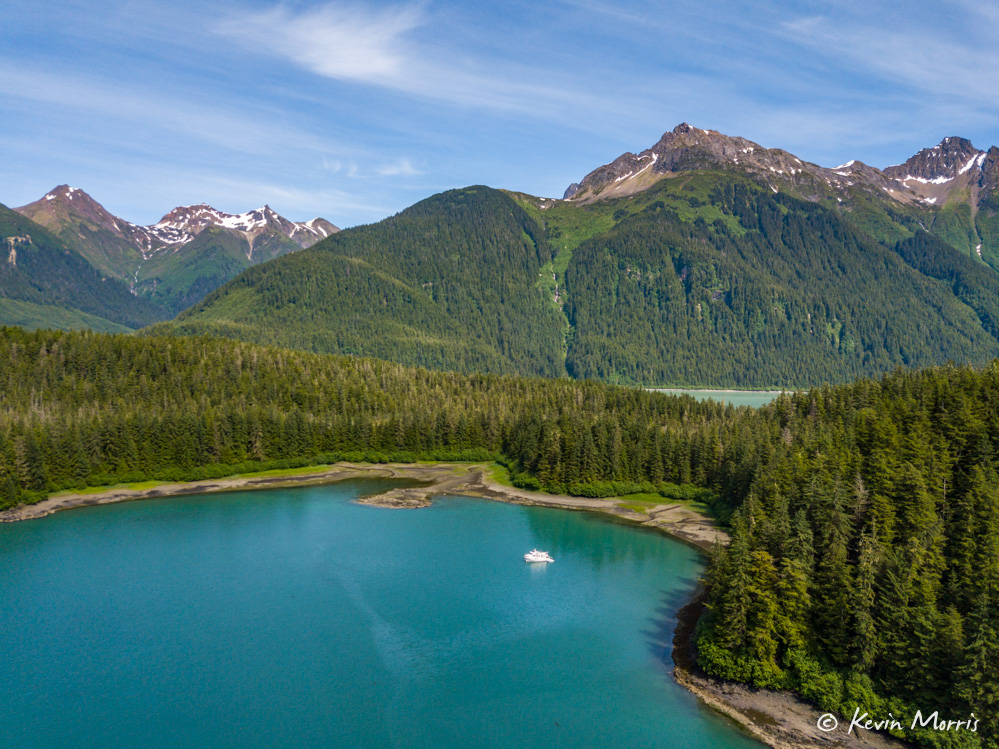 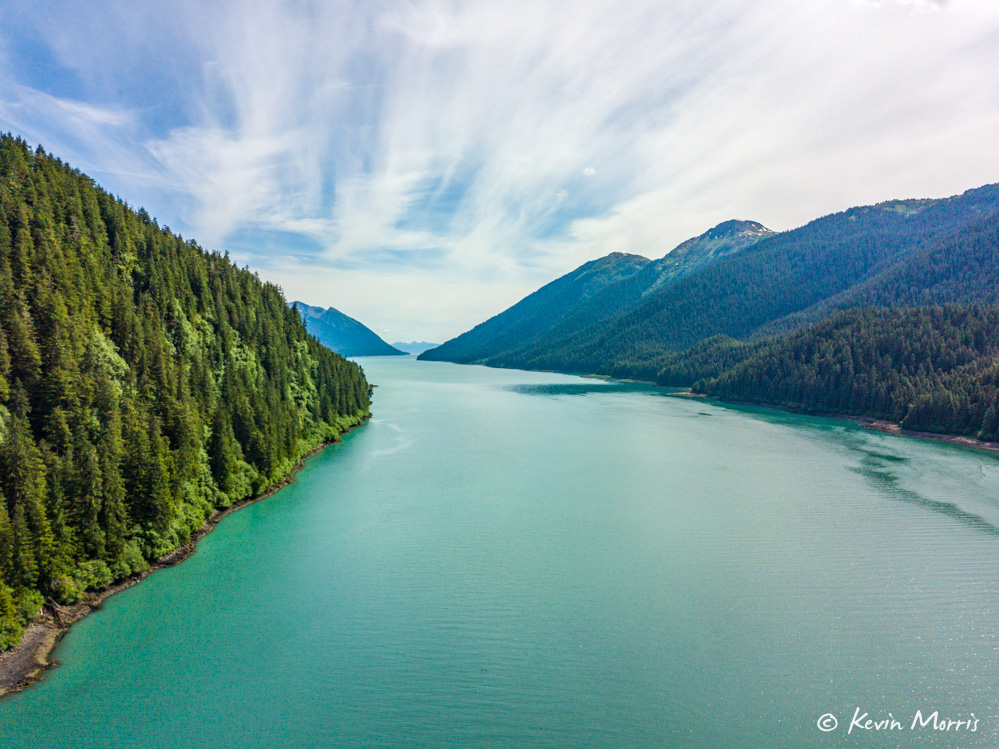 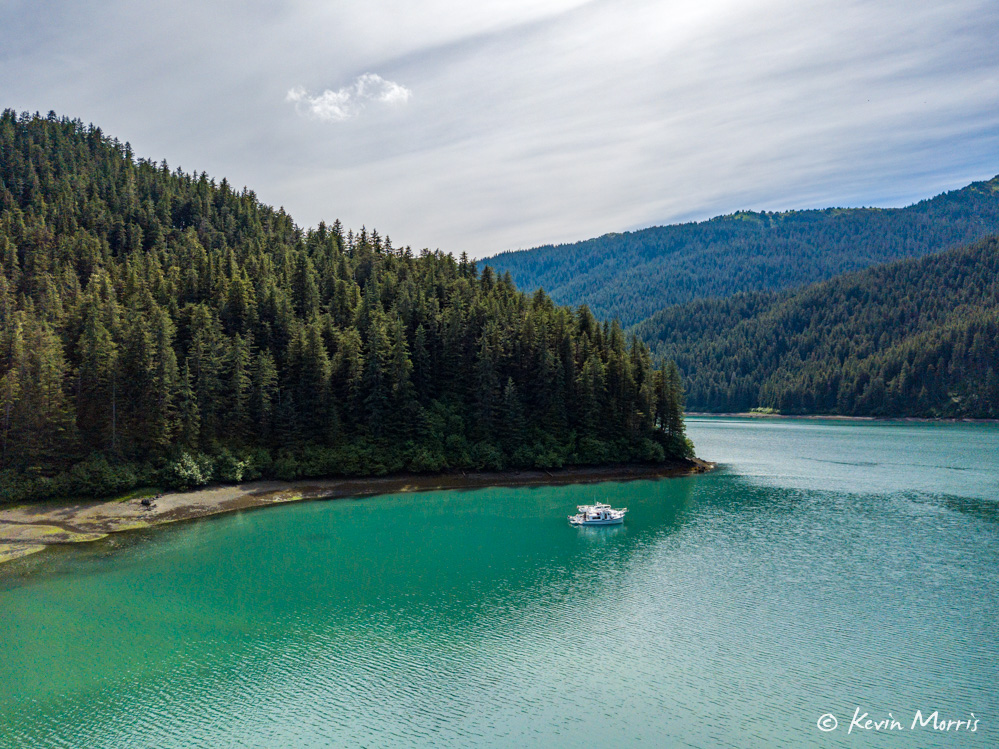 It was so warm outside (high today was 76 degrees!) that we grilled burgers and ate on the top deck! If not for a few bugs, a perfect evening! We even heard a pack of wolves celebrating their, um, dinner…just across the inlet from us.

In the morning we took the boats back out to the public dock so we could get some work done. We had good data service there and marginal cell service (greatly improved with a cell booster). After a couple hours of work, we left the dock and headed for Point Couverden. Since we’ve been in Swanson Harbor before, we thought we’d anchor around the corner in Couverden Island Cove. The scenery on the way was spectacular, the sun was out, the seas were rippled, and it was 74 degrees.

Getting into Couverden Island Cove looks tricky but isn’t all that difficult if you follow your charts and pay attention. There are several charted and uncharted rocky spots inside, but nothing in the prescribed path on the charts to the inner cove, so just stay in the white. However, we found this anchorage to be only so-so. It’s protected, but yesterday we didn’t really need protection, and it was so warm and still that the horseflies were out in force. The shores are mud and dirt, and from inside you lose the view of the Chilkat range that is so gorgeous before you enter.

We took a dinghy excursion around the neighboring islands, and then made some halibut ceviche with tomato and pineapple as an appetizer, and cooked up some halibut and veggies for dinner. Back at the little store in Excursion Inlet I found a box of Krusteaz tempura batter mix, so we used that for batter, and cooked halibut, zucchini sticks, mushrooms, and some of the spot prawns that Dan caught. Dan had heard that if you use half water and half vodka as the liquid you add to the tempura mix, the batter will be a bit less sticky/gummy, so we tried that and it worked well! Everything was super delicious!